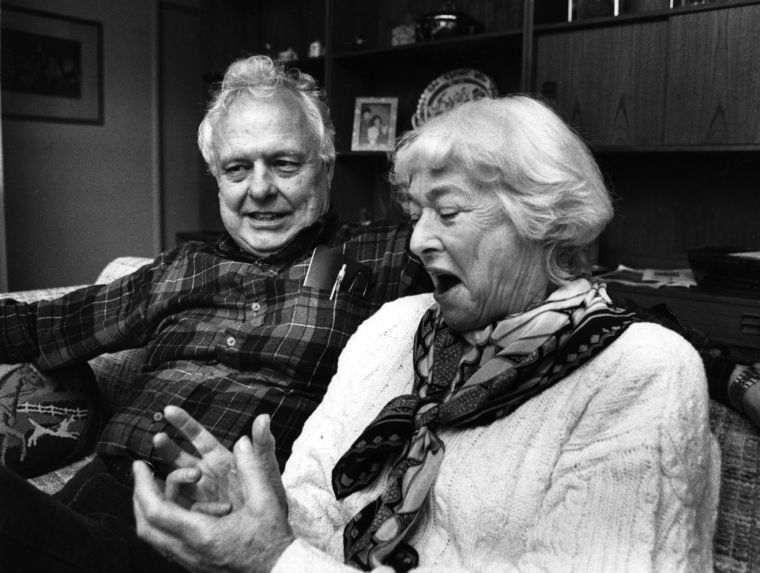 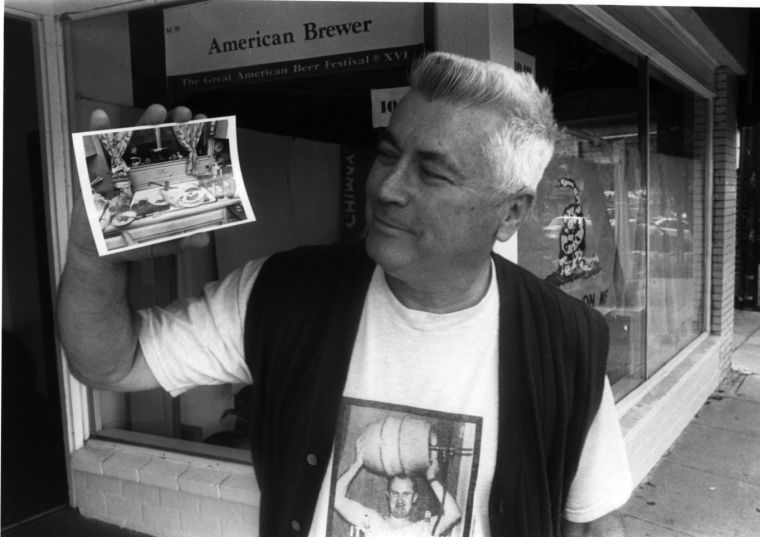 Readers see their own view of The Independent. The paper’s many supporters talk about fair and balanced reporting, and editorials that take a stand, even though it might hurt the paper financially.

The view from the inside of the paper -- from its writers in the days when the paper was young -- is even more fun to talk about. I was there, and I know. I reported for The Independent from 1967 to 1975, and returned again in late 1996.

The paper’s first issue was dated Sunday, Sept. 22, 1963, four years before my interview with Pete Winslow, who was editor then. My job interview was a clue to just what a free and independent atmosphere The Independent provided for writers.

Winslow led me downstairs from the Independent’s office in the Schenone Building, into the 1079 Club, where we partook moderately of cold, refreshing beverages. Winslow said he couldn’t tell much from my clippings from a previous bi-weekly job where I was editor until the paper failed, because of an advertising boycott organized by the publisher of the daily paper there. Fortunately for my journalism career, I just happened to have my poems in my car.

So I retrieved the poems out of the car. Winslow brought in his latest published poetry book, “Monster Cookies.” It turned out that Winslow was a surrealist poet of some reputation in San Francisco’s North Beach, where he lived with his wife, Jane. (He commuted daily in the icon car of the ‘60s, a VW Bug.)

We sat in the 1079 Club, reading each others’ poetry. He hired me over three other candidates, because of my poems. He told me later, “I thought I could make a writer out of you.”

There was also an impromptu “staff review committee.” Standing in the newsroom, at one of the tables (more about that later), were Walt Hecox and Bob Several. I don’t remember the questions they asked, but later I was told I passed the idealism test to which they held journalists accountable. Much later in my tenure, they told me they were surprised that I had not become a priest.

I got my own table -- publisher Joan Seppala had gotten rid of the desks, and replaced them with Formica-top tables with long, tapering, thin, black metal legs. An efficiency expert told Seppala it’s better if writers did not have drawers to stuff papers into and forget. That way, they would get the work out.

The efficiency expert was right, of course, at least about this writer. The tables did make for an unusual look, even for a newspaper office. We all thought that was a good thing. I think everyone on staff felt something along the lines of the poet and newspaper man Don Maquis, in his “Archy and Mehitabel” books.

Marquis wrote of some untamed alley cats, “We would rather be rowdy and gaunt and free/ and dine on a diet of roach and rat/ than slaves to a tame society.” I think in this scenario, the competing Livermore Herald and News, with its old-line, Establishment outlook, was the tame society.

Adding to the “gaunt and free” atmosphere in the newsroom were the manual typewriters. Some of them were manufactured early in the Roosevelt Administration (Franklin, not Teddy).

Of course, it’s the people who stand out in my memory. Hecox was a throwback to the old days of journalism. He had worked for the San Francisco Call as a crime reporter. Those were the days when reporters went to the scene of a crime. If the editor wanted a picture of the victim, what better way to comply than to “borrow” a framed photograph on the mantle, while no one was looking. It was a very competitive business in San Francisco in the late 1940’s.

Hecox was a good enough writer to work free-lance for years, traveling up and down California, interviewing police and writing for true crime magazines. He influenced one of our own, Bruce Henderson, who went on to become the author or co-author of more than 20 non-fiction books, including some true crime tomes.

Candace Hogan worked for The Independent in the early 1970s as its second sports editor. It was one more non-traditional hiring, this time of a woman for the sports beat. It echoed the fact that a woman started The Independent. Hogan did well enough to be invited by Billie Jean King to join the staff of a new magazine that she was founding, “womenSports,” the first magazine dedicated solely to female athletics.

Andrew McGall was a good reporter, and a creative person who had a following in the paper’s want ads. McGall wrote an ongoing fiction story that was published vertically in the margin of the want ads. I suppose it was a gimmick to boost want ad readership, but it also shows a creative use of space. The Independent was not the first to use the idea though -- Whole Earth Catalogue, one of the hippest publications in the ‘60s, used it first. But McGall’s prose was more interesting.

The Independent ran an April Fool’s edition once. It was really only one page, the cover of the tabloid “Lively Arts” section on a Sunday. It was in the spirit of National Lampoon put-ons.

We included such silly things as photographer Bill Owens winning a Pulitzer Prize for his shot “Camera Strap,” a picture of his camera’s strap.

I wrote all the stories. The lead was about the “new amusement park” coming: Six Gondolas Over the Valley.” It was a parody about the real-life Six Flags Over California, which the people at Six Flags Over Texas proposed for Pleasanton’s Foothill Road near Bernal Avenue. Community opposition ended that proposal.

In my parody, I had the state getting rid of Interstate 580, and replacing it with a canal that people could take across the Valley, in gondolas. It was my answer to the immense Valley smog problem of the time.

The capper turned out to be a small Item that I wrote, which said that President Nixon was closing down LLNL because voters failed to approve a parcel tax for its continued operation. When you write for a highly literate audience, you assume they get the joke. C’mon, a parcel tax supporting an immense installation like LLNL?

But on that Sunday when the story appeared, the one lone person at The Independent, who was doing some production odd jobs, had to answer the phone about 100 times. People were asking whether it was true. I heard later that the Herald received 200 calls on the same topic.

And, it just so happened that the Lab did close on the next day. President Eisenhower had died, President Nixon ordered flags flown at half-staff, and the Lab, as a federal facility, was closed for one day. People who did show up for work, and wondered why it was closed, were told by their friends to “look at the Independent.”

To top that off, The Independent received a phone call a couple of days later, telling us that we would be sued for someone’s shock, at hearing she would not be able to rent out her apartment, since there “won’t be any more lab jobs.” We kept waiting for legal action, then figured out that the call was a hoax. They out-fooled us. We did decide not to honor April Fool’s Day again.

In a more serious vein, I want to talk about several colleagues from our earlier days. I interviewed our photographer then, Bill Owens, feature writer Pat Lane, and news reporter Joan Boer for this story.

Owens lives in Hayward, where he moved many years ago, to change his home brew hobby into a business, called Buffalo Bill’s Brewery.

At The Independent, he launched his career publishing photography books. The Independent put him on a four-day schedule every week, so he could work on a book that turned out to be “Suburbia.” It is still considered a classic in the photojournalism field.

Owens developed the idea for the book on his assignments for The Independent. The new suburbs of the 1960s were a different phenomenon, basically towns expanded so much that the newcomers injected a new lifestyle into the community. Since many of the newcomers were the children of people who made upward economic strides after the Depression, one reviewer said the book depicted “The Hog Heaven of the New Deal.”

Owens documented the lifestyles, found a publisher, Straight Arrow Press, an offshoot of Rolling Stone magazine, and saw his book go through the first printing of 20,000 copies, a big number for a photo book.

“Suburbia” won Owens a Guggenheim fellowship, which he used to lecture in Europe. He created five more books, including “Working: I Do It For a Living,” and “”Our Kind of People: American Groups and Rituals.” Some photos in those books were taken in the Valley.

Asked what he liked about The Independent, Owens said, “They were not in it for the money. The Independent was for truth and covering the news. It held the banner high. Not many towns have that in America.”

Lane wrote for The Independent for 17 years, with community news and features her forte. She always talked about how important “the little guy” was in the news.

Lane got in touch with the paper because of a marketing phone call telling people about a new newspaper in the Valley. She called in, but the paper had lost her number. So The Independent ran an ad that said, “Will the lady from Pleasanton who offered her services please call 447-8700.” Lane said, “I did, and the rest is history.”

Lane said that her most enjoyable writing was her “Four Lanes to Travel,” which included her husband Bob, and her two sons. The columns that she said she liked best were the “Dear Diary” ones. “Our two sons just asked that I not embarrass them,” she recalled.

Joan Boer, who worked later for the Tri-Valley Herald and then wrote an arts column for the Valley Times, was hired in 1972 by Winslow. She worked for the paper for 12 years. “I learned how to write a news story at The independent,” she said.

One “scoop” that she recalled was about California Water Service using some of its Livermore water for diversion to customers in Danville, so they could fill their swimming pools.

Tom Gee, who for many years was the paper’s illustrator, drew a cartoon, “a beautiful piece of art” that depicted big elephants siphoning up Livermore water, and depositing it in Danville pools, said Boer.

Boer had high praise for Several, who became editor after Winslow died at age 37 of complications following an ulcer operation.

Boer said that Several was “full of righteousness, in the best sense of the word,” and had a high level of intensity and passion in what he wrote.

Boer and I agree on Several’s qualities. He left a strong mark on The Independent, and I have not forgotten him. I want to share some of the letter that I wrote to him, which I read to him shortly before he died of cancer.

I thanked him for making me a much better writer. I said that he showed a tremendous sense of justice. “You truly illustrated the adage about how a socially concerned writer should ‘give voice to the voiceless.’ You did so much to give visibility to minority people and low-income people. The Independent was the only paper doing that, and you were the one who did it.”

“Your writing showed more than a sense of justice. It was true compassion for others. And, tying it all together has been your integrity. I can’t really describe what integrity means, but I know that you have always been rock-solid in the basic core of your beliefs, and that, too, has helped people, and helped the paper.”