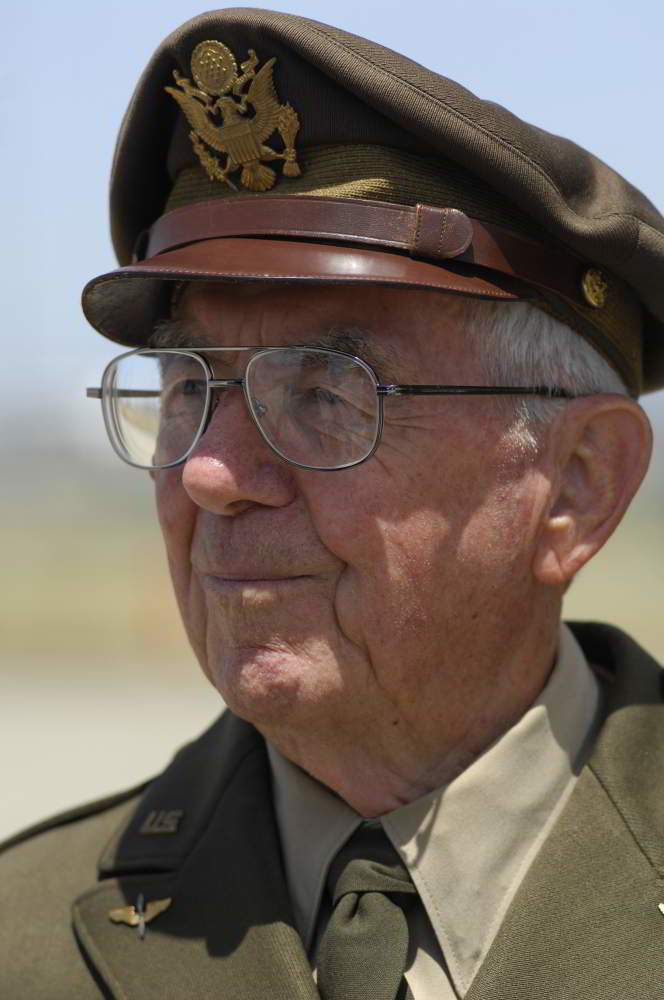 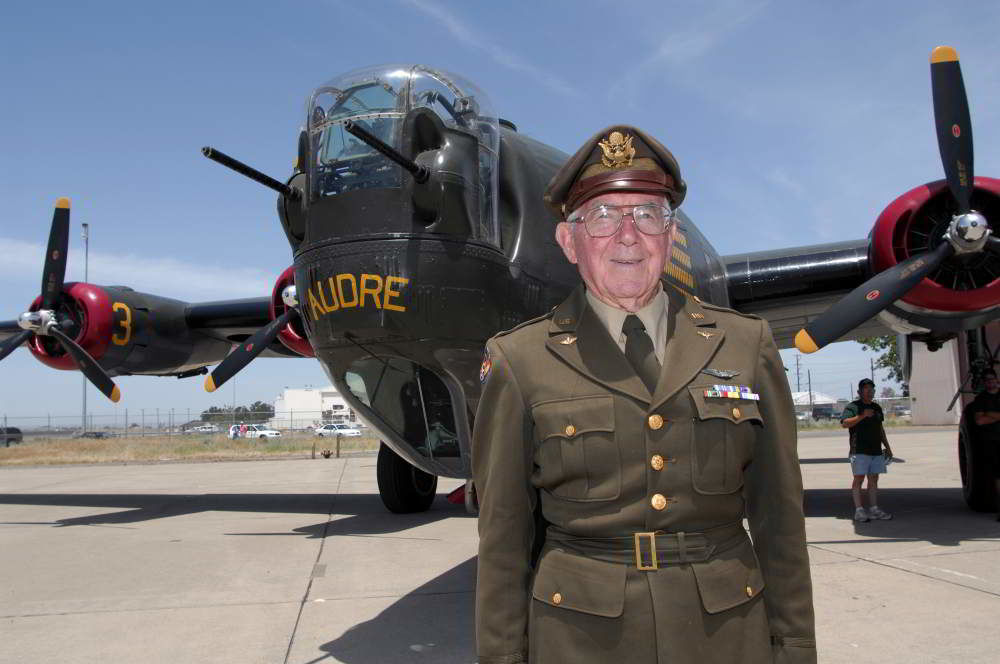 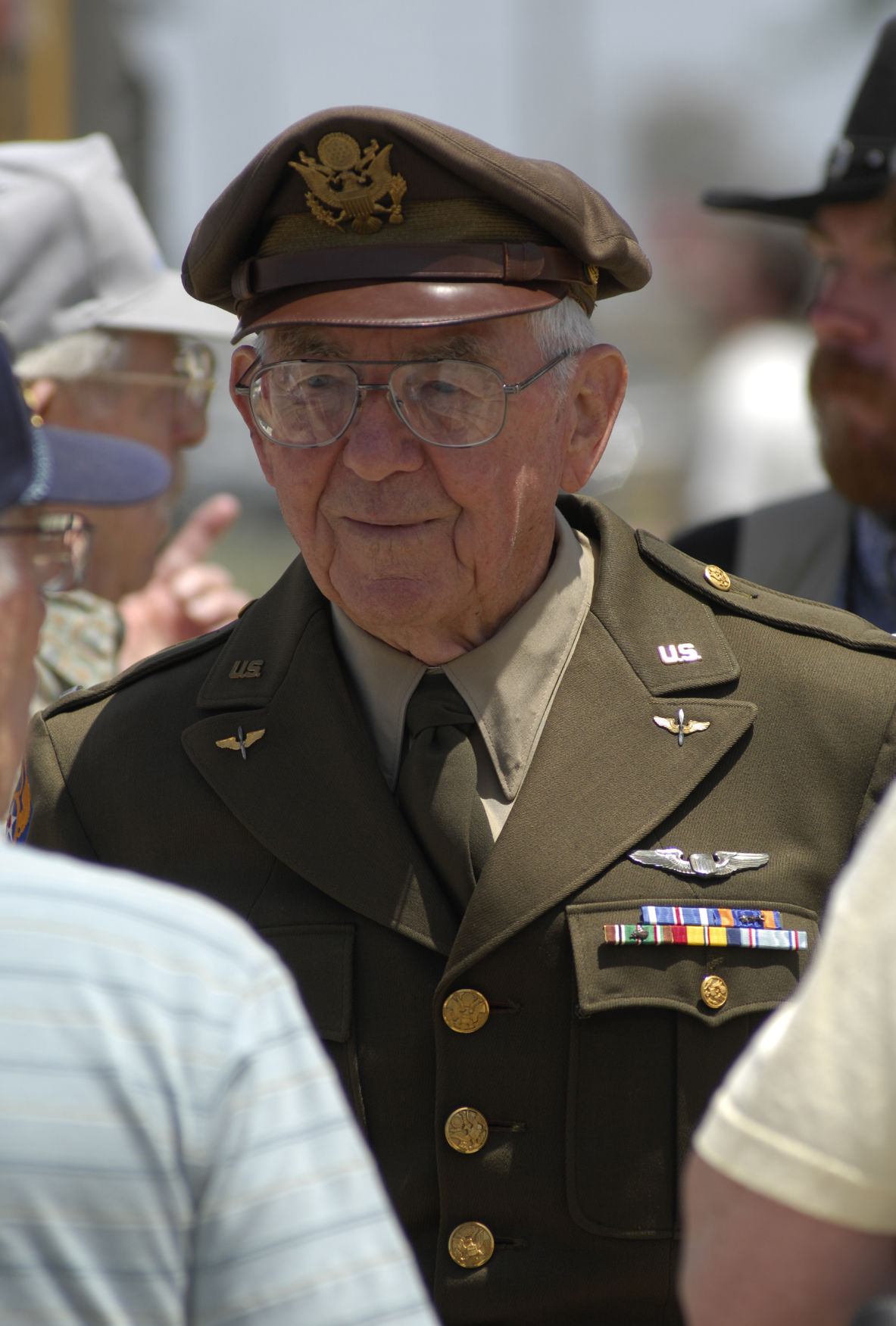 This Memorial Day, Livermore residents who got to know him will be missing the late Walter Hughes, who passed away April 26 at the age of 98.

Hughes, a WWII veteran, was once an active guest docent for the Collings Foundation’s Wings of Freedom Tour put on each year, which brings WWII bomber aircraft to the Bay Area and stops at the Livermore Airport. From 2004 until 2018, he flew from Hawaii to Livermore to for the annual Memorial Day bombers visit, during which time he donned his uniform and shared his experiences from the war.

Growing up, Hughes was a farm boy from Southern California. Born on Jan. 27, 1922, he lived through the Great Depression as one of five children while working on his family’s dairy farm. The war hit home for him when a Japanese submarine shelled on the onshore oil field west of Goleta and some of the shells landed within a hundred yards of the pasture where his cows were grazing. He went into the United States Army Air Corps and completed his training and was assigned to fly the bombers.

After the War, Hughes returned to California and married the sweetheart he met at March Field, California: East Coast native Violet Sasso, who was enlisted in the Women's Army Corps (WAC). The couple had three children, Robert, Tom and Patricia (Trisha). Hughes then completed his education at UC Davis and graduated with bachelor’s degrees in animal husbandry and agronomy with enough credits for a third degree in chemistry. His career as an avian pathologist contributed to the development of vaccines.

Before his passing, Hughes was interviewed by The Independent for his participation in the Tri-Valley’s Memorial Day celebration.

“It’s a time for remembering when we were a nation united in our effort to uphold our commitment to truth and the rule of law,” Hughes said in a 2018 interview. “It allowed us to be a leader in the advancement of the human species. I flew the B-24, though I was grateful to the P-51 and P-47 pilots who gave us cover.”

Hughes’ daughter, Trisha, recalled her parents’ love of participating in the Wings of Freedom Tour and their dedication to volunteering for the Collings Foundation and sharing their experiences of service. But she also remembered her father’s interest in cosmology, his kindness and gentle listening ear.

“I could always run to Dad, and he would listen and discuss it and tell you where you went wrong, and set me on the right path again,” she said. “He was my anchor.”

Robert said his father was a servant to the world.

"One of his contributions to humanity is that he developed the world’s first flock of chickens producing germ-free eggs,” he said. “And his protocols for developing those flocks are still being used. Germ-free eggs have been used since the early 1960s to grow most of the vaccines in use in the world. Everyone in the entire world who has had their life extended, or avoided illness, because of being vaccinated over the last 60 years, carries his work in their bodies. He was a humble man, who never sought the limelight, and his part in developing the media that vaccines are grown in, is not well known beyond his peers. He did not believe in licensing or patenting his work, and he shared his protocols widely. He never made a single penny from those eggs. He did not even care who received the credit. His attitude was that there was a challenge to solve and people to benefit. It is not just family and friends who have lost his presence, it is the entire world.”