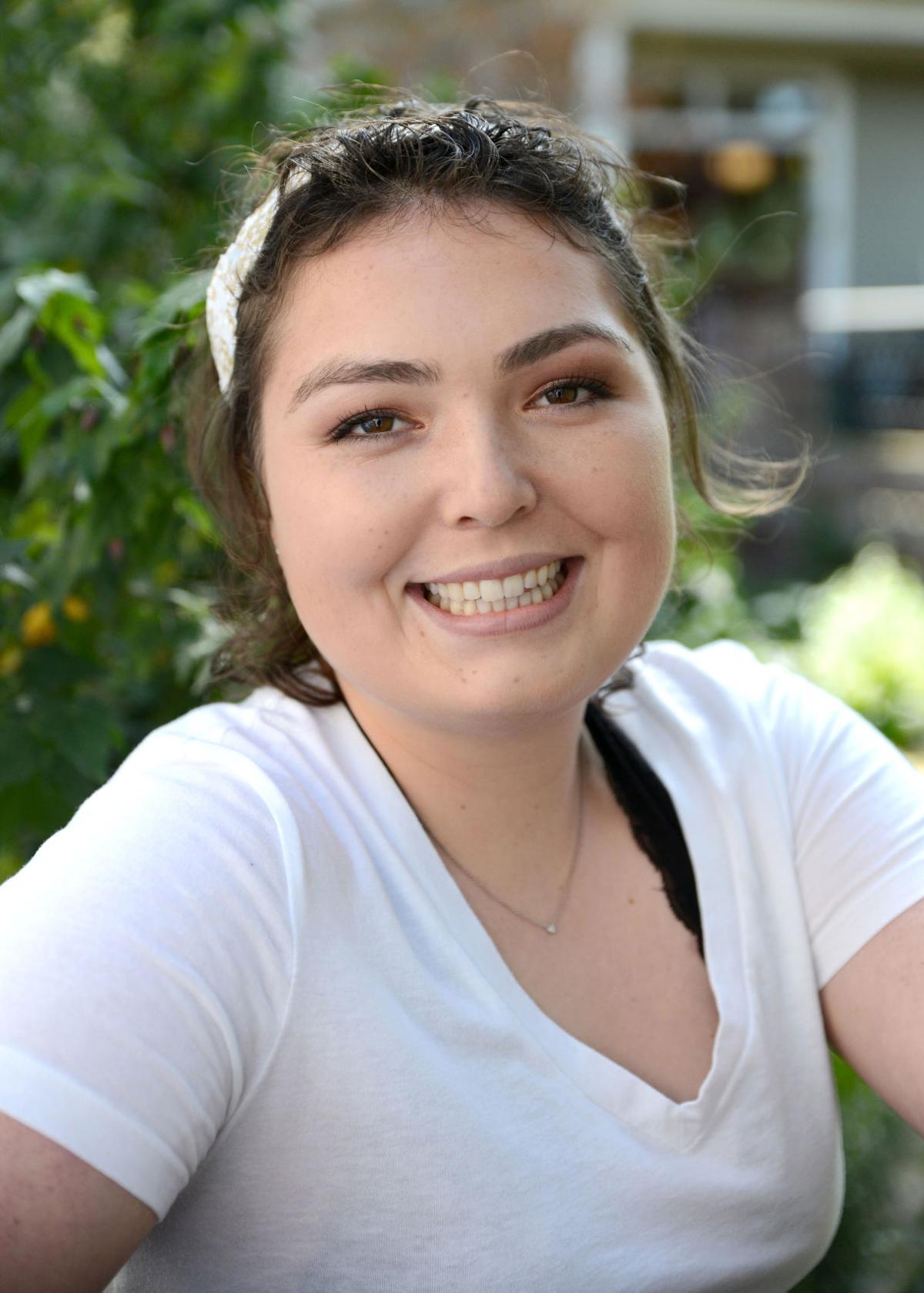 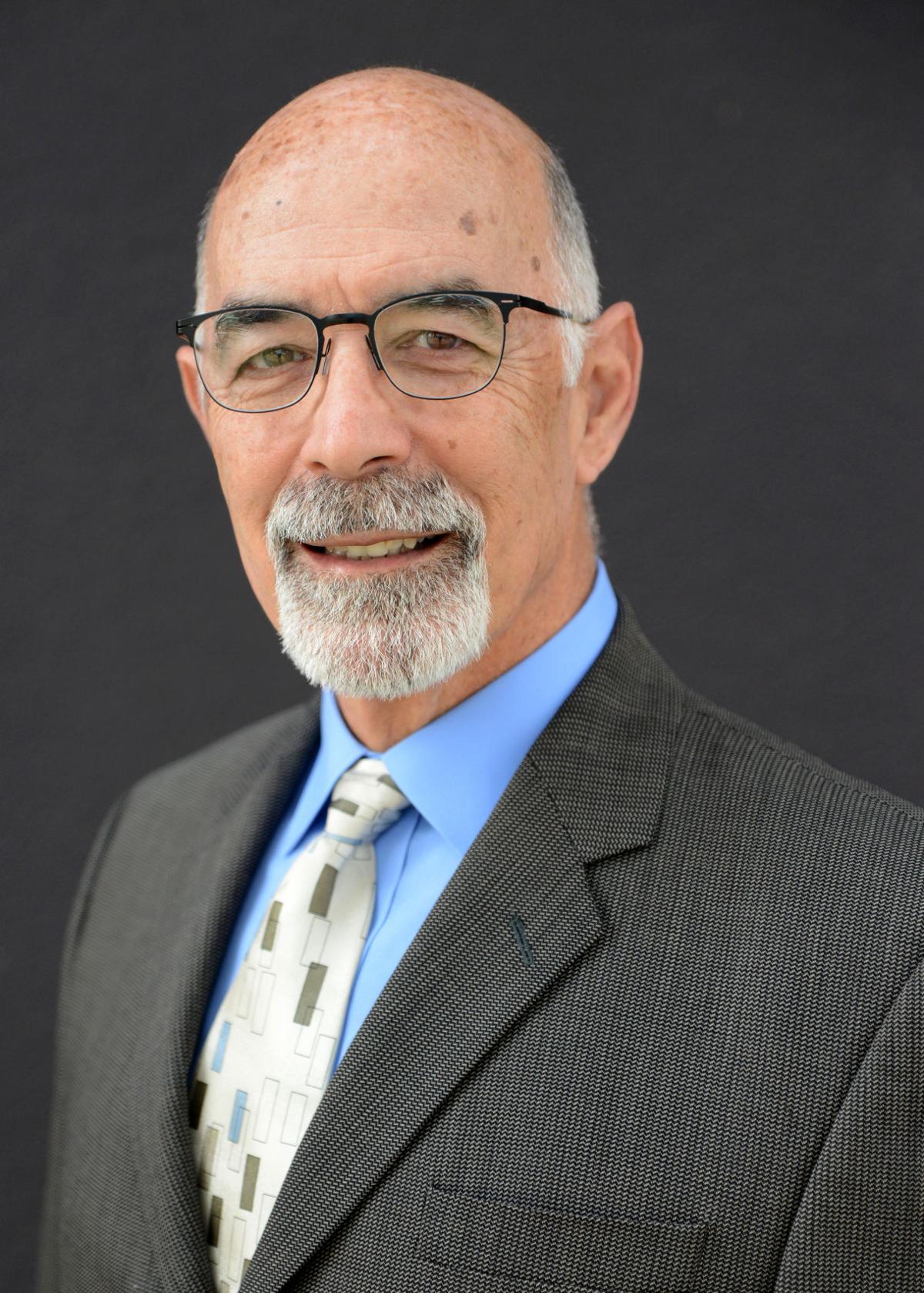 Friends, acquaintances, and family members are invited to a champagne reception 5:30-7:00 p.m. on Monday, April 29, at Museum On Main in Pleasanton to honor this year’s recipients of the Ed Kinney Community Patriot Award: Sarah Banholzer and Jorge Victoria.

Now in its fourteenth year, the Ed Kinney Community Patriot Award honors the memory of the former mayor, who also was the Master of Ceremonies for “Celebrating Freedom and its Evolution since the Revolution,” the all-volunteer Fourth of July celebration held in Lions Wayside Park. The planning team for that event, plus the past recipients of the award, select each year’s awardees.

“Ed was an inspiration to those of us who worked with him on this and other projects,” said W. Ron Sutton, founder of the Fourth of July community celebration. “He exemplified loyal service in the development of his community, both as an elected official (former mayor and city council member) and as an everyday citizen volunteer – a community patriot.

Past recipients of the award gather at an annual dinner meeting to select the next awardees. Each year, Ed Kinney Community Patriots also are honored at the Independence Day celebration, held midday July 4 in Lions Wayside Park.

Complimentary portraits of the awardees were taken by Christina Gray of Bella Luna Studios. At the reception, master of ceremonies will be Brad Hirst, himself a past recipient of the award. Sponsors for the event are Gina Piper, Realtor, and ACCUSPLIT Make A Difference Programs. The awards program is under the auspices of Make A Difference, Today & Always (501C3).

Special guests at the event will be Roberta Kinney, Ed’s wife, plus their two sons, Brad and Scott.

Museum On Main is located at 603 Main Street, on the west side of the Pleasanton arch sign.

Sarah Banholzer is the first Community Patriot who is still in high school, but she has a background that would be good for many people’s lifetime accomplishments.

Sarah was born in Pleasanton, the only child of Teri and John Banholzer. She has lived in the same downtown Victorian house her whole life. She is a junior this year at Amador Valley High School and editor of the school paper, The Amadon. She plays volleyball for the high school and also for the club volleyball team, which means she plays all year round.

Sarah has started the local Make-A-Wish club project and coordinates their fundraising events to raise money towards the goal of $10,000 to grant some child’s wish. So far, they have raised $5,000. She is on the teen board of the Greater Bay Area Make-A-Wish Foundation and also helps with events on that level.

Sarah loves to do crafts, so at the holiday season she makes various crafts, like colorful paper ornaments and succulent containers shaped like birdhouses. She sells these on a Facebook page to raise money to buy gifts for the children that have to spend Christmas at the University of California – San Francisco’s Benioff hospital. This project is especially meaningful to Sarah because she was diagnosed with leukemia when she was four years old and was treated at that hospital.

While on a trip to Washington, D.C. Sarah found a cute ornament made out of recycled magazines in the gift shop, and she bought it. As they were walking down the street a bit after leaving the shop, Sarah stopped and said, “Mom, I have a great idea! We can make those ornaments and sell them and use all of the money to buy more gifts to take to the hospital.” That year (2012) the family made and sold over 200 ornaments out of magazines and recycled Christmas cards and made $1,100 in donations. The next year, it grew into a much bigger project. They had her Girl Scout troop and friends help out, made over 500 ornaments, and raised $2,500. Since then, they have made and sold crafts and also baked goods, so that they were able to provide each child in the hospital with a wonderful gift that Santa hand-delivered to them on Christmas Eve.

In fifth grade, Sarah was given an assignment to describe her life in a five-word memoir. Her phrase was “Be Strong and Give Back Happiness,” and that has become Sarah’s motto in life. In 2014, she started the “Be Strong and Give Back Swimathon,” held at the Pleasanton Swim Club, for swimmers of all ages to swim laps and have sponsors. The swimathon takes place every April/May and has raised over $60,000 for the UCSF Benioff Children’s Hospital.

Sarah meets with the hospital staff each year to determine what programs the monies will fund. In the past the monies have been used to purchase audio/visual equipment for the CHO show, which is a variety show put on by hospital employees each week and aired over the hospital TV so patients can watch and interact. Funds also have provided life-size medical dolls that are used by the Child Life Specialists to help demonstrate different medical procedures to the children that will be getting that procedure. Another purchase she funded was Buzzy Bees, which are a device that distracts the child while they are getting a blood draw or other needle poke. Funds Sarah raised also have provided pill cases that the discharge nurse can put in all of the patient’s medicines for the week, so that the caregiver just has to copy that the following weeks.

Sarah was able to allocate some of these funds for an emergency that arose a couple summer ago: The donor that had been funding a summer week-long camp for oncology patients was was not able to do so, and the camp was going to be cancelled for these kids if the money wasn’t found. Be Strong and Give Back Happiness Swimathon proceeds funded the camp for these kids. When the hospital had called to ask Sarah if she would be willing to use some of her funds for this, her face went from sad when listening to the problem to pure joy when they asked for her participation. Her response was an immediate “Yes!”

The Make-A-Wish club is special to Sarah because she received her wish when she was five years old – to go to Disneyland!

In the Fall of Sarah’s sophomore year, she started organizing the Make-A-Wish Club, but within weeks she was diagnosed with Lymphoma. She would miss the rest of her sophomore year and have home schooling to complete her courses. Sarah was able to return to school on time as a junior, resuming her many school activities.

The fundraising events for the Make-A-Wish club this year have been a face-painting and hair-braiding booth at the AVHS Pigskin Roast, a Thanksgiving Pie Sale, and Christmas Caroling at the Farmers’ Market.

Sarah has a website where you can learn more about her many, many activities www.BeStrongAndGiveBackHappiness.com

Asked what she likes most about Pleasanton, Sarah said that she likes the community aspect of knowing so many people\. On the flip side, she had to think quite a while, but she wishes her high school was not quite so crowded, especially her math classes.

Jorge Victoria was born in Mexico and came to the United States in the mid 1950's when his parents filled out the paperwork to immigrate here. Jorge was 9 years old then. After moving to the U.S. he learned English in school, but also continued to speak Spanish, his native language, through the years. Knowing two languages has been of benefit to Jorge and many others as it has helped to bridge an understanding between cultures.

He finished his primary, high school and college education in the U.S.A., and for a while lived in Hayward. Eventually, in 1983, he and his wife Sylvia moved their family to Pleasanton. His brother already lived here, and Jorge and Sylvia thought Pleasanton would be a good place to also raise their family. Jorge and Sylvia raised two daughters and one son in Pleasanton, and now they have five grandchildren as well.

Jorge worked for 25 years at Lawrence Livermore Lab as a mechanical designer. Jorge retired eight years ago, but his volunteer work for the Pleasanton Sister City Association in the community has not stopped. A little over 26 years ago, one of Jorge's daughters read about the Sister City Foreign Exchange program between Pleasanton and Tuluncingo, Mexico. She wanted to be an exchange student, which began Jorge and his family's involvement in the exchange program. First they hosted an exchange student here in their own home, and then their daughter became one of Pleasanton's exchange students to Tuluncingo. The program is reciprocal, so his daughter was able to live in the home of her exchange sister's family in Tuluncingo.

From that point forward, Jorge has continued volunteering because he saw the benefits, not only for his daughter, but also for so many people who had participated in the Pleasanton and Tuluncingo exchange. Jorge has worn many hats in his 26 years of service with the Pleasanton-Tulancingo Sister City Association. He has been Board President on multiple occasions, plus chair of many other related committees. As he says, the Sister City Association is always on his mind, in one aspect or another.

During his years of service he has helped raise over $260,000 through the annual barbecue fund-raiser, which helps provide the money needed for many Pleasanton students to participate in the exchange program. He has worked on the Cinco de Mayo Celebration, the Christmas Holiday Parade, the Fair Parade float, the Community Posada (re-enactment for Pleasanton at the Veterans Hall at Christmas), plus the student exchanges each year. He has worked on many ways to help further the Exchange Program in general. Last but not least he has been going to Mexico almost every year with the 5-day adult visiting cultural delegation from Pleasanton. (This year, former mayor Tom Pico will be traveling with Jorge and Sylvia along with about 25 other adults representing the delegation from Pleasanton in April.) Jorge also helps coordinate the delegation from Tulancingo when they return the 5-day visitation.

The Pleasanton-Tulancingo Sister City Association has worked with the local Rotary clubs to provide wheelchairs to Mexico, and with the Pleasanton Lions Club to provide eyeglasses to Mexico for those in need. The organization also has helped the Pleasanton community when called upon to provide translation. Through the years, Jorge also has volkunteered for other youth organizations locally, including the softball league and Boy Scouts. He was Scout Master of Troop 916 for many years.

Jorge’s wish is that more people who live in Pleasanton would get involved in the Sister City program and become part of continuing the legacy.

Families Get Exercise and Fresh Air

Families in Dublin try to get exercise and fresh air in spite of the closure of local playgrounds. (Photos - Doug Jorgensen)