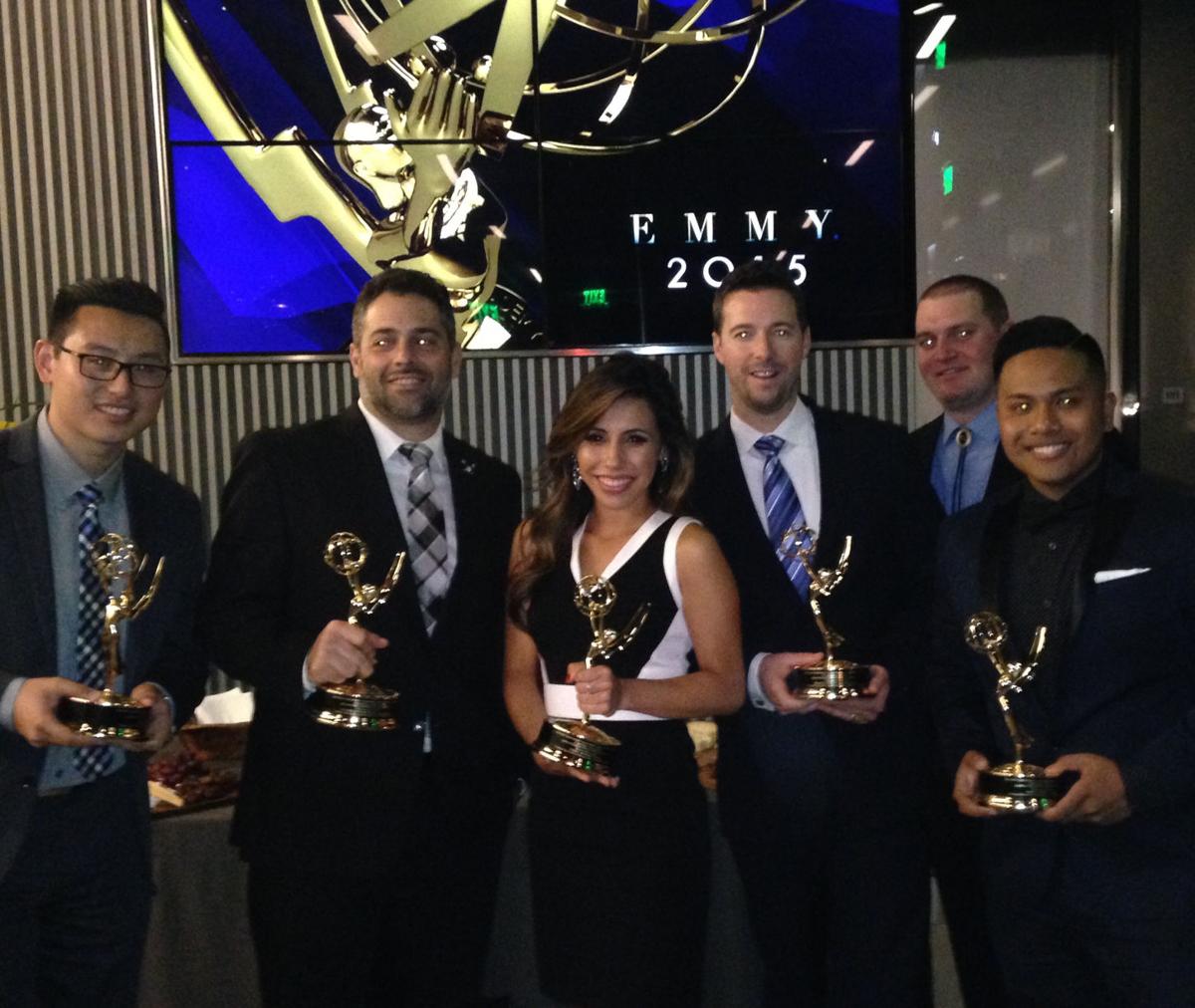 Jessica Romero poses with her colleagues after they received their Emmys. 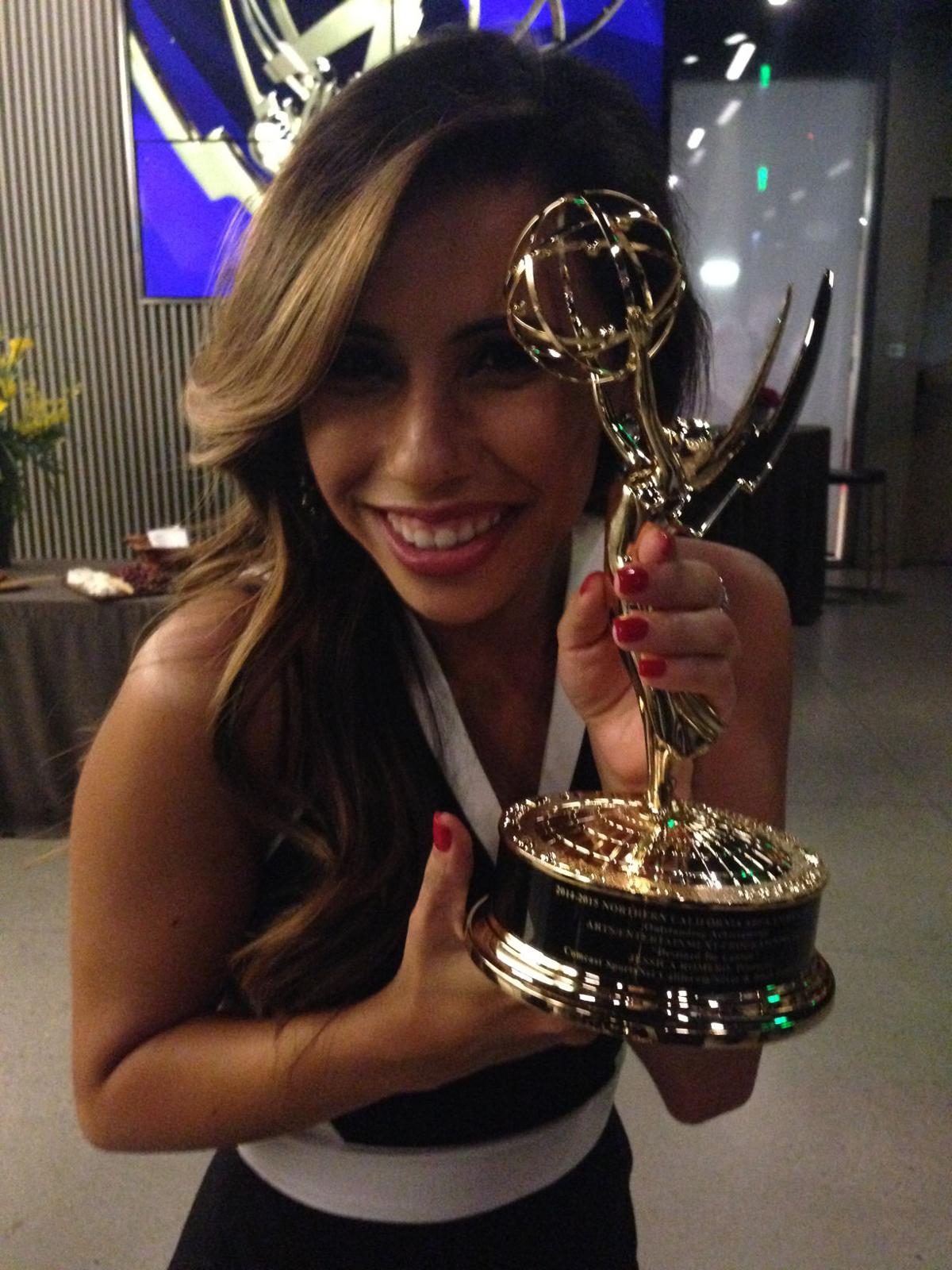 Jessica Romero with her Emmy

Jessica Romero poses with her colleagues after they received their Emmys.

Jessica Romero with her Emmy

JR Romero admits he was less surprised than his daughter had been to learn of her Emmy nomination for a Raiders Report special she'd produced titled "Destined for Canton."

"It had been a quest she had been on since she started working for Silver and Black Productions," said the Livermore resident of daughter Jessica Romero. "She was so determined, I knew it was only a matter of time."

When she heard the winner announced, "I remained seated for a moment because I didn't realize they had named our show," said Jessica. "I kind of floated down to the podium to accept the award with my heart pounding through my chest. I was so happy and surprised at what was happening, it was kind of a blur."

It's an understandable reaction, especially for a 27-year-old in only her third season working full-time for Silver and Black Productions, the Oakland Raiders' in-house television production operation devoted to providing viewers with behind-the-scenes content.

"Destined for Canton" is a half-hour special that tells the story of punter Ray Guy's 2014 induction into the Pro Football Hall of Fame in Canton, Ohio.

"Ray Guy made history when he became the first pure punter to be inducted last year," said Jessica. "Our team was hoping he would finally make it in after being up for the honor numerous years and not making the cut. We knew it would be an awesome story to share with viewers and Raider Nation."

"I wear a lot of hats," she said, adding that on the six-member production team, she is the only woman. "I feel fortunate because I have a supportive team, and they give me a lot of freedom to develop my ideas for a story after we've decided on the subject matter. However, I do put a lot of pressure on myself to perform at my highest possible level knowing that I am competing in a male-dominated sports industry."

Yet it is a world Jessica grew up with. JR's family moved to the Bay Area in the late '60s, when he was seven years old. "It was the same year the Oakland Coliseum opened," he recalled. "All of my family have been Raiders fans since then."

While JR may not have been as surprised about Jessica's success as she was, he was every bit as excited.

"My wife and I were ecstatic," said JR, who in July will step up as the Livermore Rotary Club president. "We had an Emmy party at my sister's house with siblings, grandparents, aunts, uncles, cousins and friends in attendance. The house was decorated in silver and black stars and balloons. We had dinner, cake, and a viewing of the winning show. Everyone was taking pictures with Jessica and the Emmy. Everyone is so proud of her."

Jessica's Emmy now sits on a desk in her Oakland apartment. "I often glance at it and am still processing that my team earned such an honor," she said. "It's pretty surreal."

"Destined for Canton" is aired on Comcast SportsNet California, and can be viewed on Raiders.com.

"I hope viewers, especially those who are passionate about football, really grasp what a special thing Ray Guy did for the sport while representing one of the most storied franchises in the NFL, the Raiders," said Jessica. "He introduced concepts like hang time and positional punting, and set the standard for punters today. He made people realize the impact a punter could have on the game."

It is not unlike the impact of a determined young filmmaker who shared an inspirational story, and made her own dream come true.