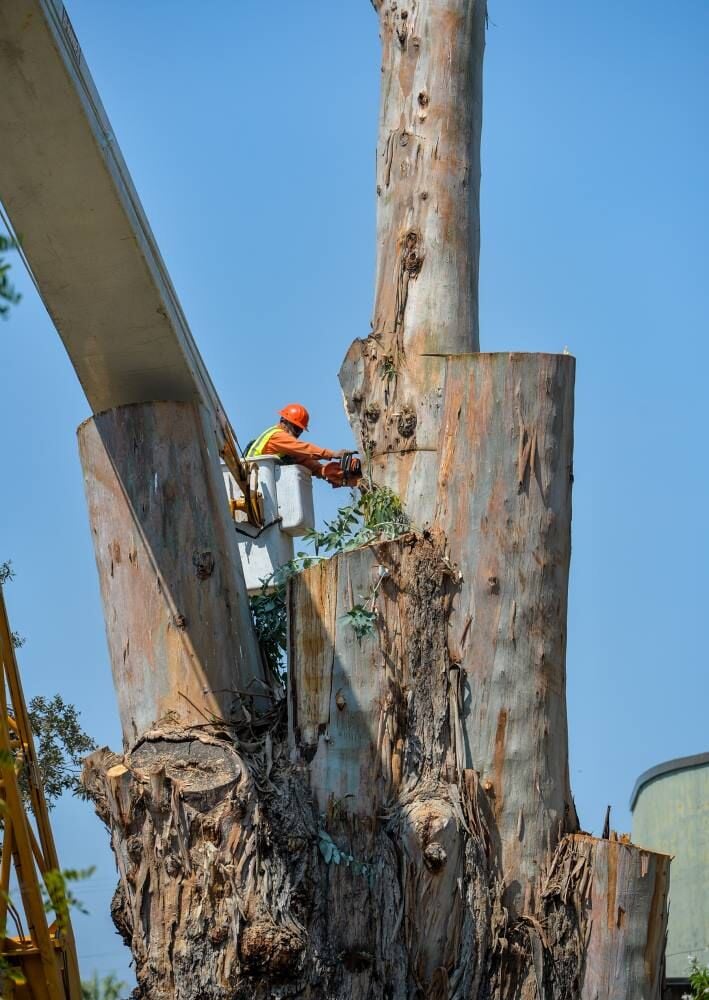 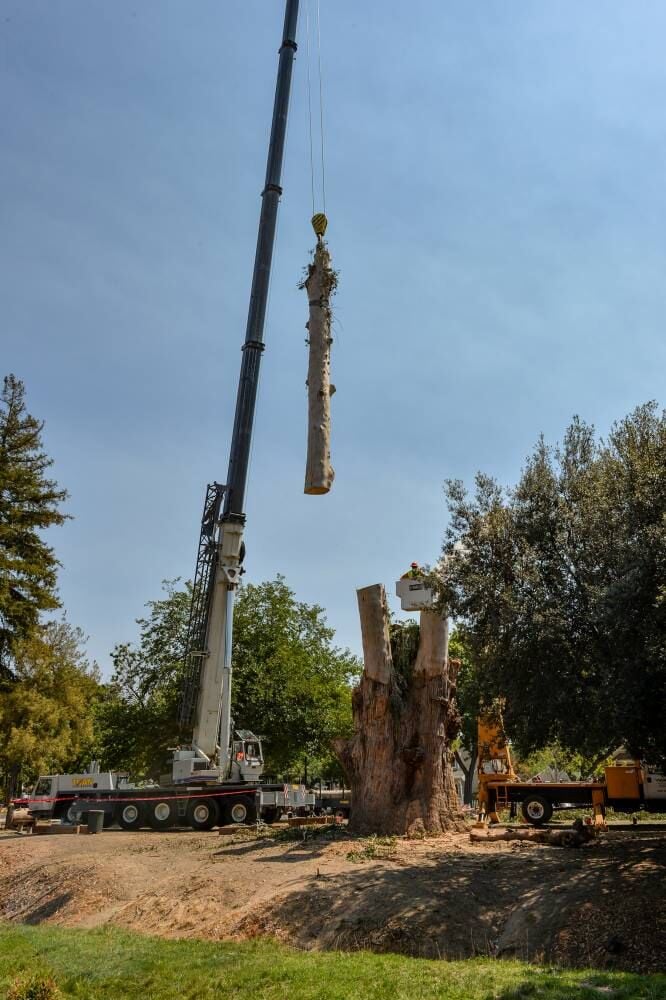 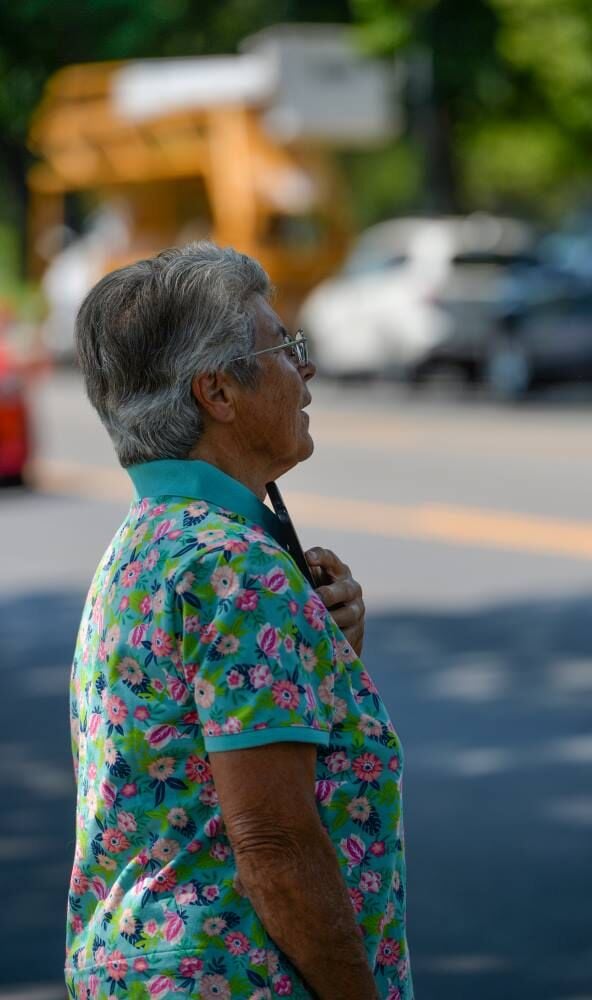 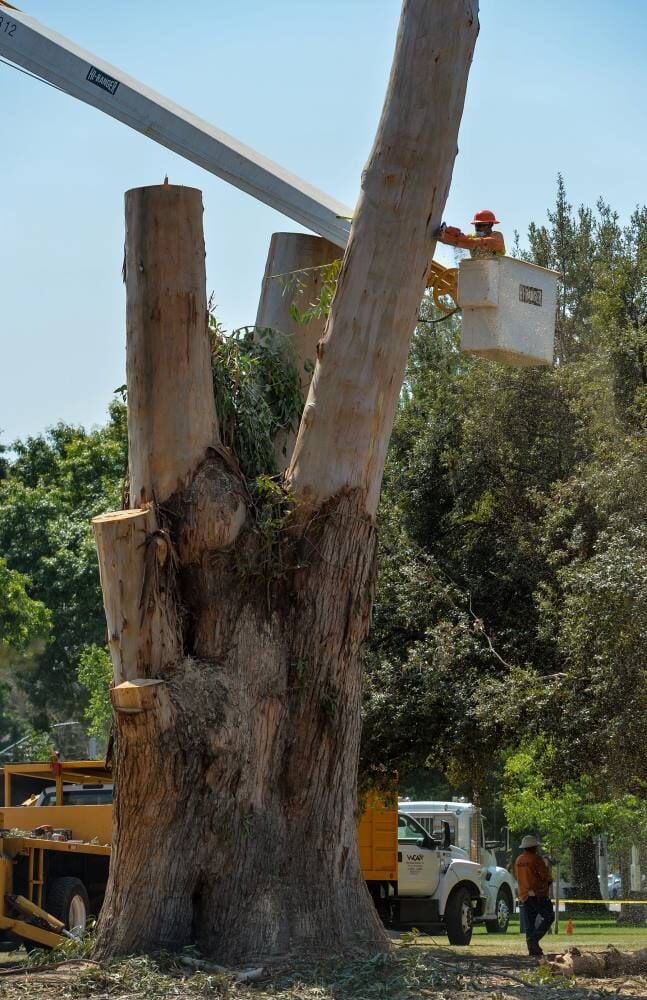 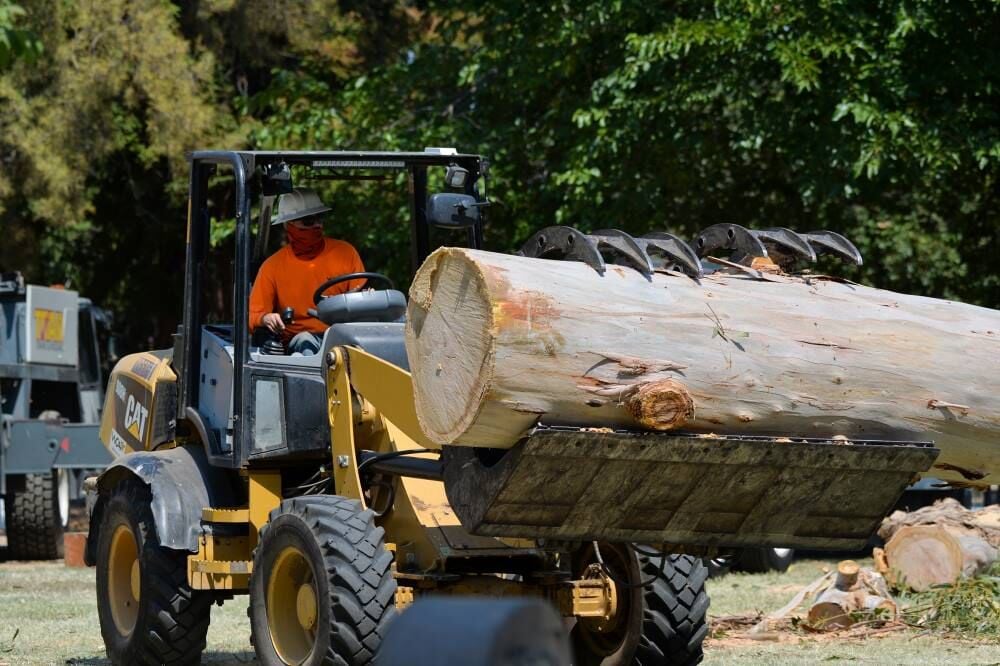 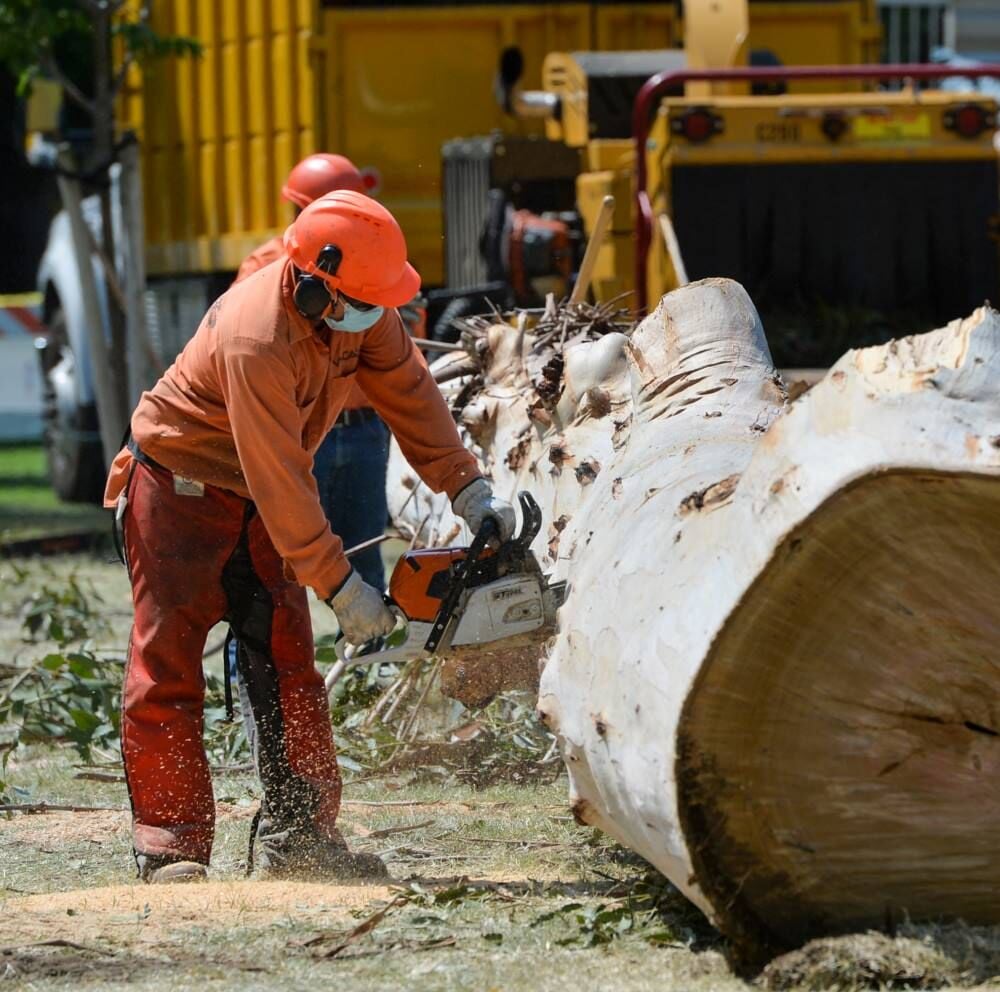 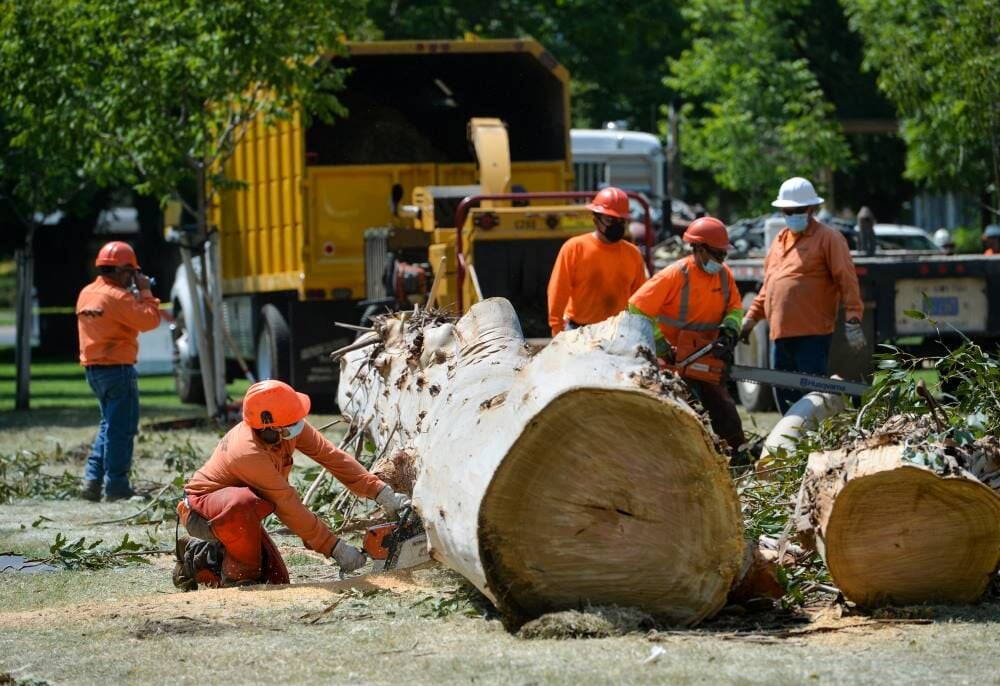 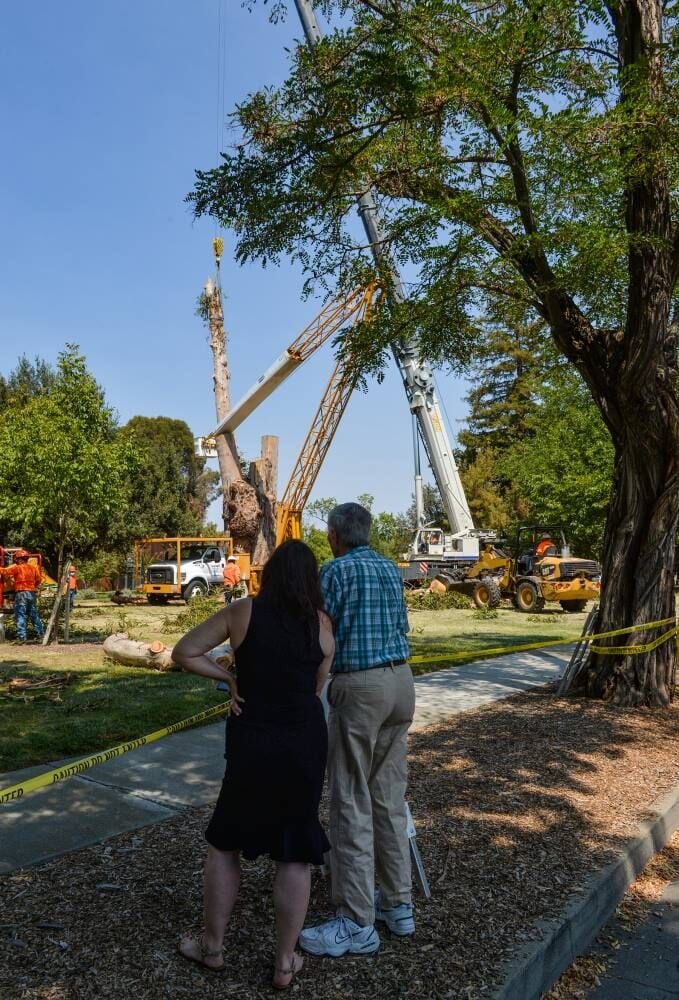 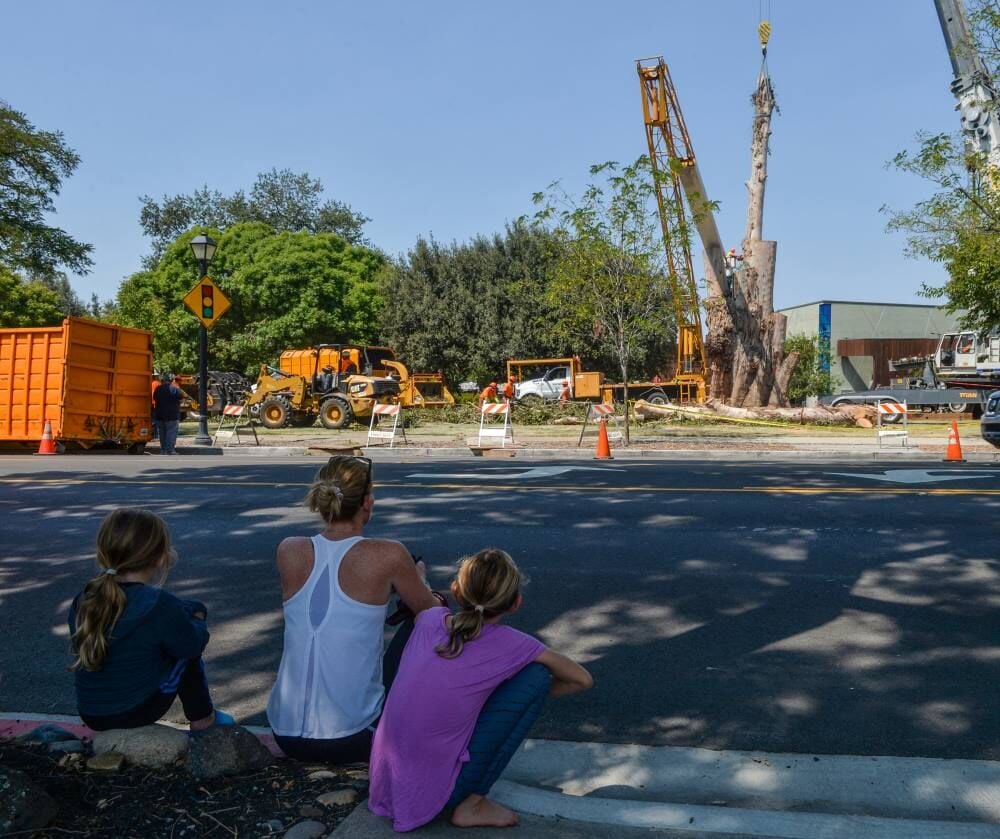 A beloved tree in Lions Wayside Park in downtown Pleasanton saw its demise this week, much to the chagrin of local residents — all of whom are younger than the colossal plant.

It’s believed the giant eucalyptus tree was about 150 years old. The city reported in a post on Facebook that the tree was sick with an incurable sulphur fungus that had spread throughout its trunk and limbs. The concern was that falling branches would present a safety hazard.

The legendary eucalyptus was once a sight to behold, with its massive trunk and sky-high branches towering over the community for outdoor events like Concerts in the Park.

The tree removal was originally scheduled for Tuesday, Sept. 1, but a small group of protestors surrounded the base, expressing the hope that the tree could be saved.

“City staff have worked to preserve the tree,” the city wrote in the post. “And it has been determined the eucalyptus tree will need to be removed to prevent the risk of falling branches while the park is in use.”

Crews began cutting the tree down Sept. 2 and were still working on removal Sept. 3.

The historic eucalyptus tree that came down in Lions Wayside Park in downtown Pleasanton last week will soon find a new resting place.

"Outdoor activities are slowly returning to normal, with some very obvious adjustments. Livermore Valley Performing Arts Center's ArtWalk on Oct. 10 was a prime example, with most participants wearing masks and social distancing. As the Tri V…