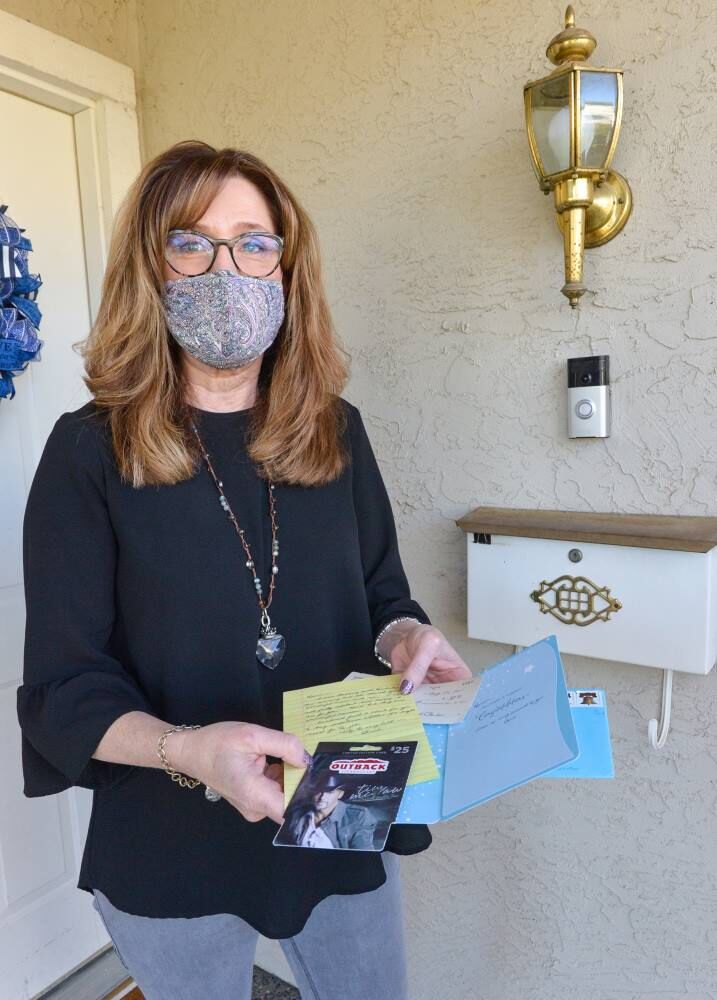 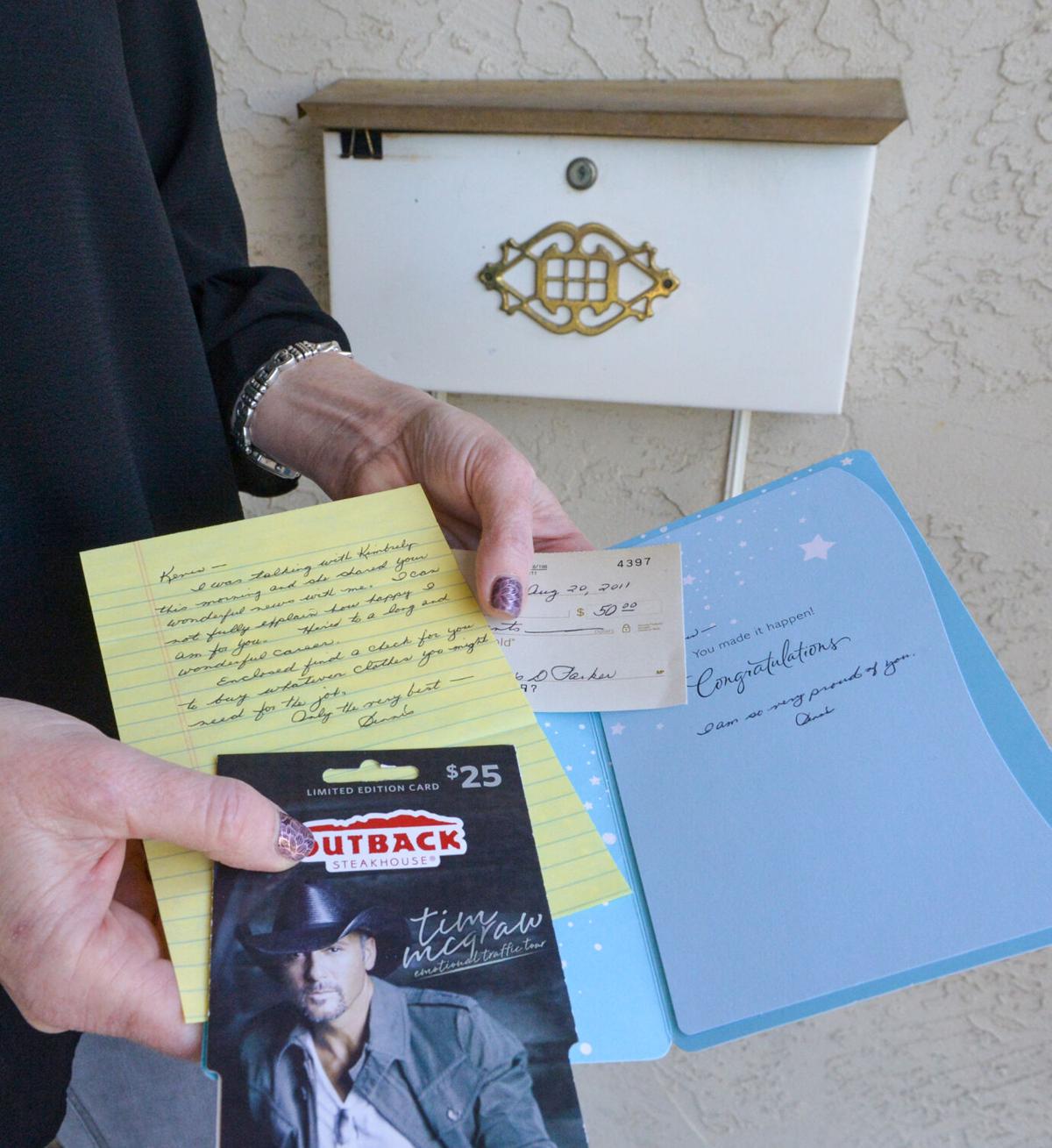 Many people would give anything to hear from a loved one who has passed.

Last week, Kimbrely Gruidl had that opportunity when a greeting card her now-deceased father sent a decade ago showed up in her mailbox.

“Curious if anyone else received mail almost 10 years old this week,” Gruidl said on a Livermore Facebook page. “We received a card yesterday dated Aug. 20, 2011. It was from my dad, who passed away almost five years ago. I almost passed out when I saw it. I’ve heard of snail mail, but OMG!”

Gruidl said the card looked brand-new and arrived in the middle of her regular stack of mail. It contained a congratulatory note from her father to her husband for starting a new job, a check for $50 and a gift card to Outback Steakhouse.

“My husband had started his new job,” Gruidl recalled. “We went through a lot. My husband ... had to find another job because he was a deputy sheriff, so it was a congratulations letter ... if the gift card is still good, we are going to go out for cocktails and toast Dad.”

When he sent the card, Gruidl’s father, Dennis Parker, lived in Fernley, Nevada. While there is no way to know exactly what happened, United States Postal Service spokesperson Augustine Ruiz said there are a few possibilities.

“One thing that could have happened is that post office could have had it; that post office could have gone through some renovations, or they may have closed it down and opened up a bigger, newer post office, and what usually happens – and this has happened in the past – is when the new owners take over the building and they start renovating and cutting out walls, they come across stuff,” Ruiz said. “They come across letter mail that has somehow ended up between walls and they put it back in the mail and hopefully it gets to its address.”

Ruiz said another possibility is the card could have ended up at the wrong address, been held for some time, then placed back in the mail system. He noted the post office will deliver a letter in that situation, regardless of when it is received.

“If it was intended to be delivered 10 years ago, and we didn’t get our hands on it until now, we will still deliver it, even though it’s so late,” he said. “The odds of this kind of thing are less than 1%, but it does happen.”

For now, the shock of seeing her father’s handwriting in her mail has worn off, and Gruidl is appreciating this once-in-a-lifetime chance to be reminded of her father’s love.