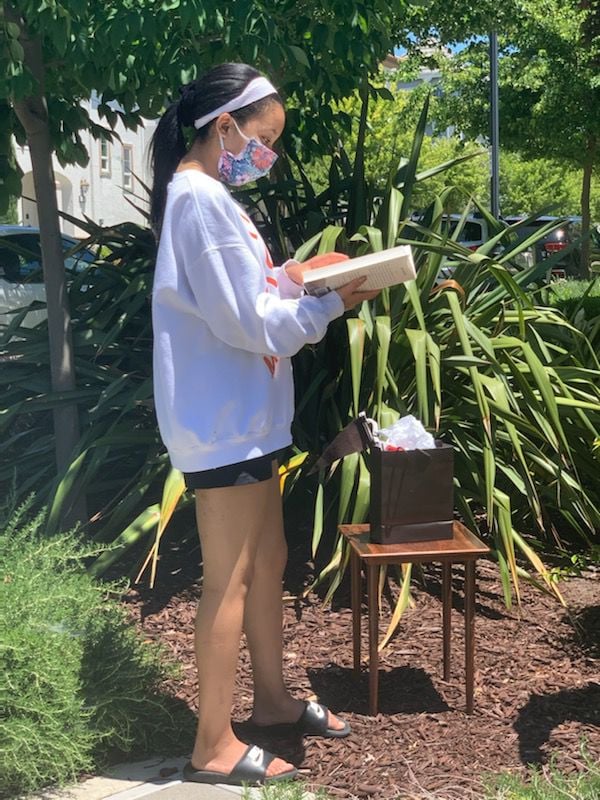 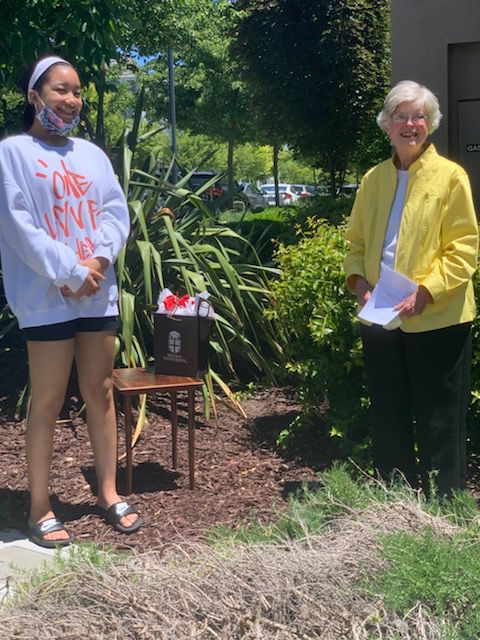 “The award is for high school juniors who excel in the use of written and spoken language,” explained White, who is a Brown alumnus herself. “This is an opportunity for high achieving students to become aware of Brown University. Usually, I go to the classrooms and make a presentation, and I talk about Brown … but we couldn’t do that this year.”

White was undaunted by the challenge of distance brought on by the pandemic. With help from the principals of both Livermore and Granada high schools, she contacted the parents of the two students – one from each school – who were to receive the award. She coordinated a front porch surprise and brought the girls their awards accompanied by several teachers.

The award is a certificate and a book written by a Brown University faculty member or alumnus and changes each year. This year’s book, “Proving Einstein Right: The Daring Expeditions that Changed How We Look at the Universe,” combines adventure and science as it details trips made by a group of scientists in the 20th century who are attempting to prove Einstein’s theory of gravity.

“I’m pretty excited and very surprised,” the 17-year-old said of the award. “I feel very honored, and it’s definitely something that has made me think about writing as a career.”

Roslyn further stated she had thought of Brown as very elite but would consider attending. She admitted location is a big factor for her and was uncertain she wanted to spend four years on the East Coast. She is considering studying architecture but wants to keep her options open for now.

Melia Nichols was the winning student at Livermore High and noted that, while she hadn’t considered Brown University as an option before, she might now.

“I felt really complimented, and I really made my parents proud, which I love doing,” said Melia, 17. “I was incredibly thankful to the teacher who nominated me for the award.”

Melia has no firm idea of where she would like to go to college or what she wants to study, but reported she was inspired by relatives in the legal and scientific fields.

“I want to help people, whether through law or some type of science or even biomedical engineering,” she said.

Former California State Assembleymember Catharine Baker was a recipient of the award in 1988 when she attended Palm Springs High School. Although she did not go on to attend Brown, she noted she felt inspired by the award.

“It was something that definitely left an impact on me,” Baker said. “When you are far away in a small desert town, for people on the East Coast at a highly regarded school to say they think it is good that you are working hard and developing an ability with the English language and English subject matter – I just remembered that.”