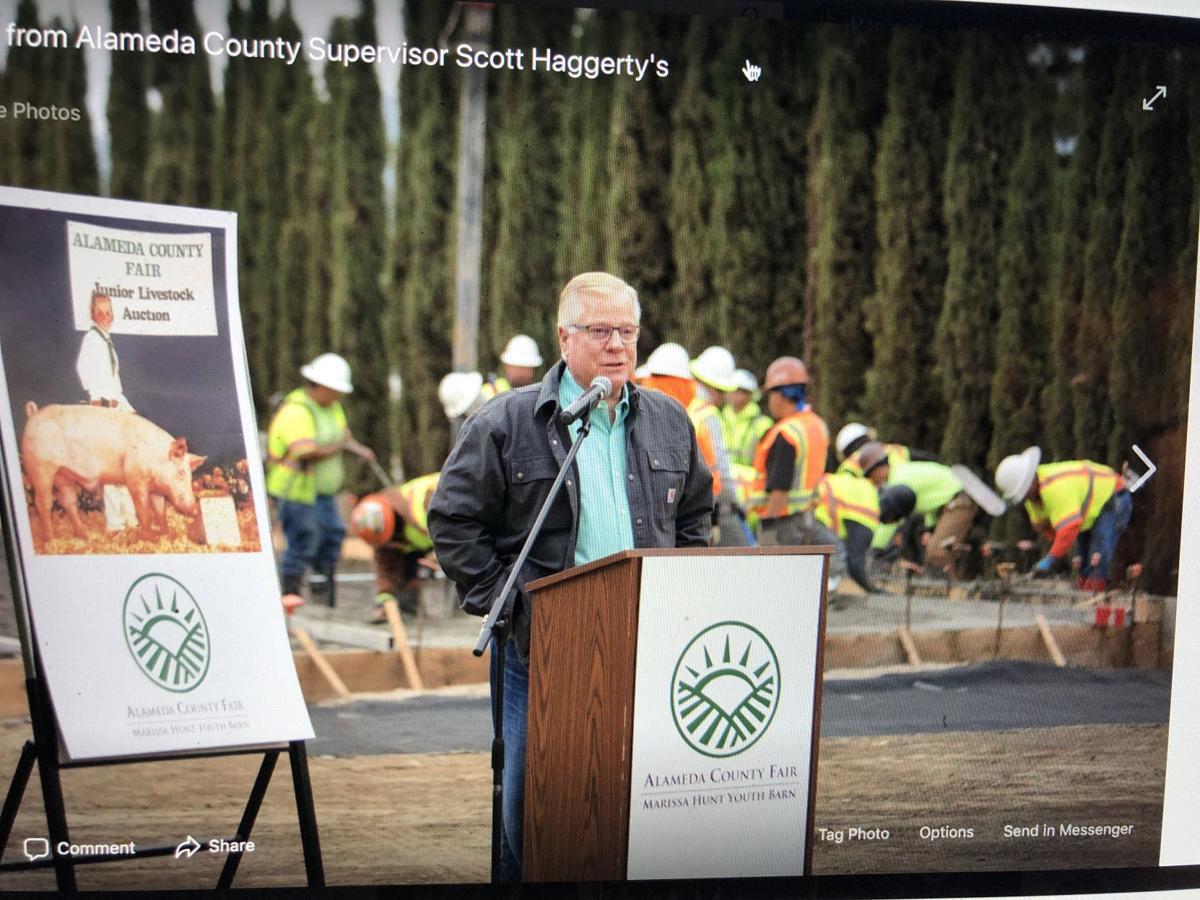 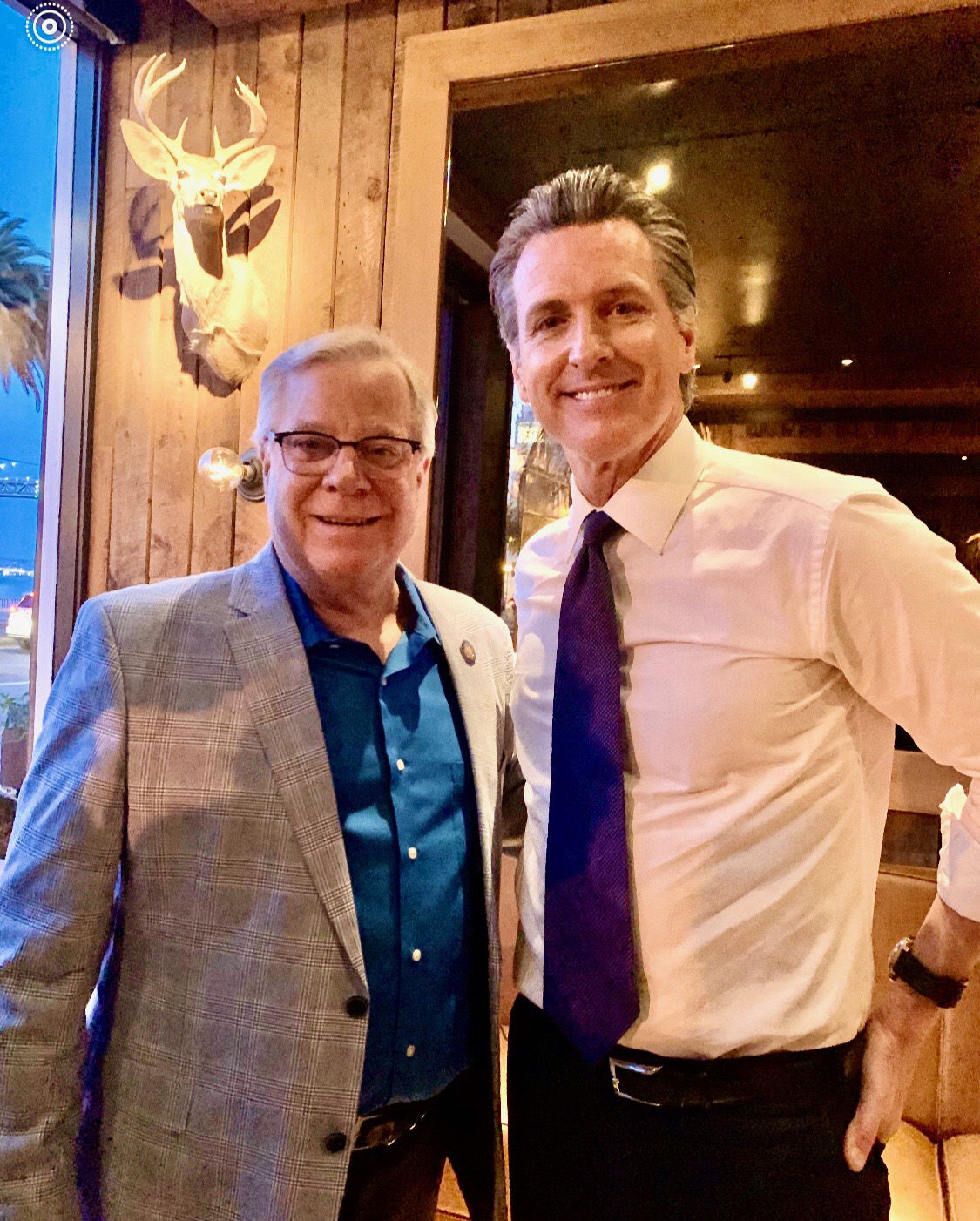 Alameda County District 1 Supervisor Scott Haggerty will leave office this year at the end of a 24-year, six-term career. From an app on his phone, he will quickly cite the days, hours, and minutes remaining on his term and jokes, “But who’s counting?” But then he is also quick to note that he intends to make the most of every one of these remaining minutes.

There’s an urgency to his work, as evidenced by his tightly packed schedule, but then again, it closely reflects a pace he has kept throughout most of his career. A typical day may be 12 to 14 hours long, and events and meetings more often than not spill into the weekend. You’ll often find him in Sacramento or Washington, D.C., advocating for district interests.

So, what does a county supervisor do? At the first of three scheduled public debates between the candidates seeking his position, Haggerty surprisingly spoke from the audience to ask just that question. At the second debate a few weeks later, he was asked to give a 5-minute response. First and foremost, he began, “The most important thing for a county supervisor to do is to represent the very people who elect us; one should never forget that.”

He outlined the most basic services a county provides, running through a half dozen or so of the 21 different county agencies and departments providing health care, social services, public protection, and general government programs for Alameda County. The county also develops ordinances, he said, a lot of ordinances.

He mentioned the county’s $3.54 billion budget, but did not elaborate on the arduous and sometimes difficult budget-hearing process. Alameda is one of only two counties in the state with a triple-A bond rating, which the county has maintained since 2018.

In his closing minute he said, “I’m proud to say I brought Tesla to Fremont,” which created more than 10,000 jobs. He also helped to bring Gillig, the second-largest transit bus manufacturer in North America, to Livermore. Working with the cities, he helped negotiate deals with these companies at a time when many manufacturers were moving out of the state or even out of the country.

Overall, his brief 5-minute job description was an understatement of his work. He referenced only a few of the regional bodies he participates in regularly, but modestly failed to mention that he chairs the powerful, 9-county Metropolitan Transportation Commission – the only person to ever serve as chairman twice. He was also responsible for the creation of East Bay Community Energy, Alameda County’s local electricity provider, taking the idea from inception to its current state of profitability.

He mentioned his role on the Altamont Corridor Express Board of Directors, but he did not identify his role as a founder. He initiated a legislative proposal that resulted in the formation of the Tri-Valley – San Joaquin Valley Rail Authority, which helped advance the Valley Link Rail Project, and has chaired the board of directors since the start. In addition, he is a member and served terms as chair of the Oakland Alameda County Coliseum Authority, Alameda County Transportation Commission, Livermore Amador Valley Transit Authority, and the Tri-Valley Transportation Council. He is currently vice-chair of the San Joaquin Joint Powers Authority. And this is only a partial list.

“He always steps up,” says his long-time colleague, Alameda County District 4 Supervisor Nate Miley. “In the more than 20 years I have known him, he has not missed an opportunity to serve, not just his district, but the entire Bay Area region.”

“He understands how issues facing his district intersect,” Miley added, “and takes a regional approach to solving them. His participation allows him to seize the opportunity to do this.”

His efforts have, in fact, resulted in an estimated $2 billion in transportation infrastructure improvements in Alameda County District 1, for roads, highways and public transit.

“I’m not embarrassed to admit that the gold shovels in my office are some of my most prized possessions,” Haggerty said in recent remarks to a gathering of Innovation Tri-Valley business leaders. There are shovels commemorating many of the transportation projects he has overseen, as well as other county improvement projects.

“I believe his spirit of collaboration is perhaps the cornerstone of his leadership and effectiveness,” said Dale Kaye, who founded the Innovation Tri-Valley leadership group. “He leads with compassion and governs with empathy. He has the vision to think boldly and embrace big new ideas that will enrich this region, but at the same time meet the needs of those who are struggling.”

Last year, he oversaw the opening of the Marissa Hunt 4-H Agricultural Education Center at the Alameda County Fairgrounds to promote the county’s rich agricultural heritage and share it with the youth who Haggerty hopes will carry it into the future.

“No one has worked harder or shown more commitment to the Livermore Valley Wine Country than Supervisor Haggerty,” said David Kent, chairman of the Tri-Valley Conservancy. “He is a visionary on how vineyards can be both economic drivers of our agricultural industry and natural greenbelts protecting urban growth boundaries.”

Haggerty’s legacy will also include his contribution to the arts as a key founder of the Bankhead Theater, securing the funding to make it a reality. It will no doubt continue to profoundly impact the cultural life of the Tri-Valley for many years.

At the conclusion of his remarks at the debate, Haggerty turned to the four candidates vying for his position and said, “For those of you who think that you want this job, think long and hard. It will definitely take its toll on you.”

But he added, “It has been a pleasure to represent you. It’s been like a dream job.”