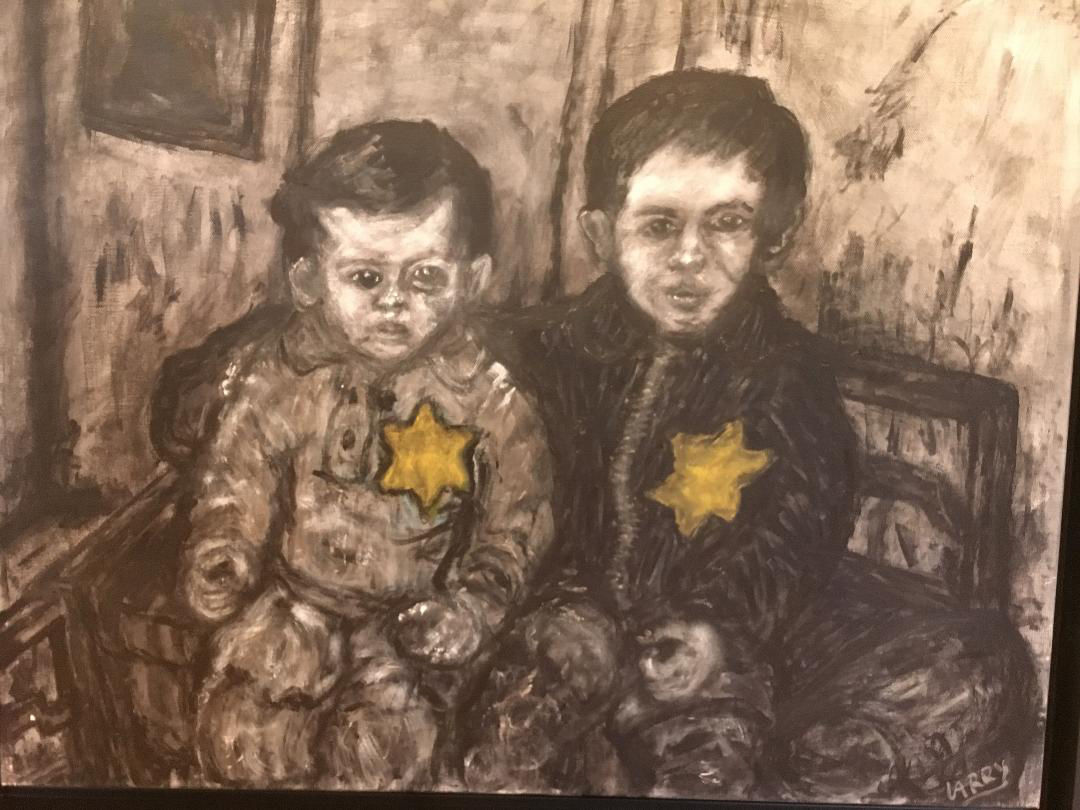 Painting of two brothers in Kovno Ghetto is based on a photo in the Holocaust Museum archives. 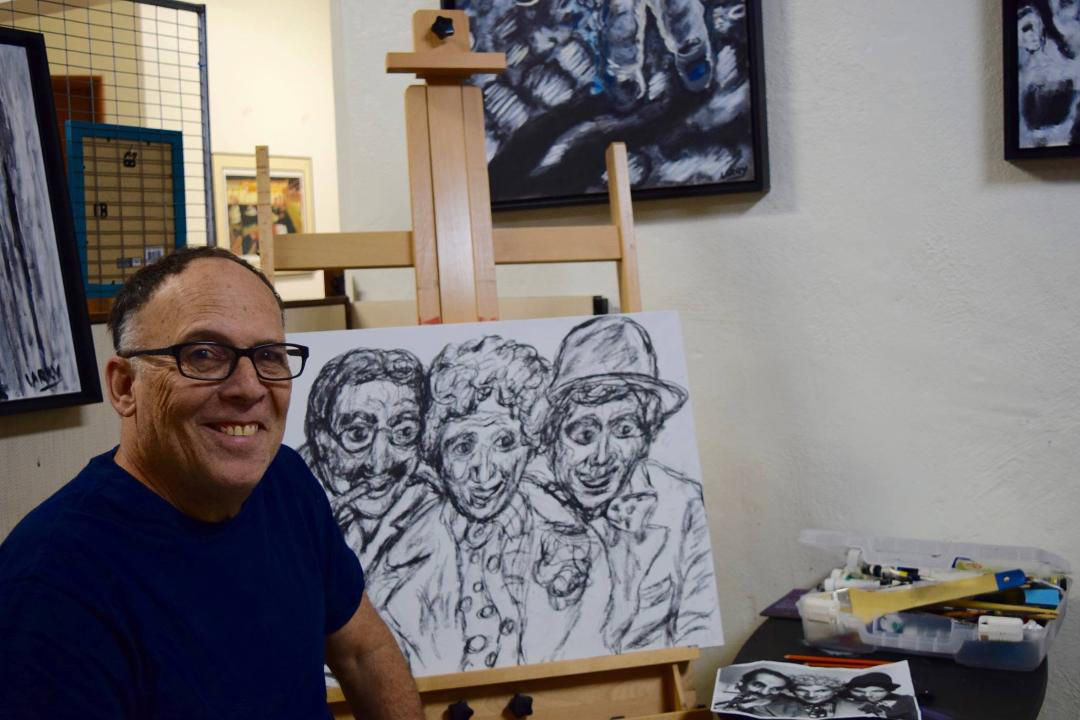 Painting of two brothers in Kovno Ghetto is based on a photo in the Holocaust Museum archives.

For three days in late April, a Holocaust Memorial Exhibit will be offered at the Bothwell Art Center sponsored by the Livermore Valley Performing Arts Center, in conjunction with the Tri-Valley Chabad Center of Pleasanton. The exhibit has been designed to coincide with Yom HaShoah, “Holocaust Remembrance Day,” which is observed to honor and commemorate the six million Jews who perished during the Holocaust. It is free and open to the public April 28-30, 2019, from 9:00am to 5:00pm daily.

The Holocaust Memorial Exhibit is the vision of local artist Larry Lagin, a former Lawrence Livermore Lab scientist who co-led the engineering team for the National Ignition Facility (NIF), one of the world’s largest nuclear fusion research programs, before retiring in 2014. The exhibit features Lagin’s paintings based on photographs from the archives through a use agreement with the United States Holocaust Memorial Museum in Washington D.C. To enhance the experience, the paintings are supported by excerpts from their online Holocaust Encyclopedia, a commemorative video from the Holocaust Memorial Museum, as well as video excerpts of Holocaust survivors used with permission from the University of Southern California’s Shoah Foundation Institute

Lagin visited the Holocaust Museum in 1995 shortly before coming to the Lab from Princeton University. According to Lagin, the visit had a profound impact on him and served many years later as an inspiration, when he returned to his former passion for art. While taking art classes shortly after retiring, he saw a Holocaust sculpture at the Palace of the Legion of Honor in San Francisco, which led him to look at the Holocaust Museum’s photo archive. When he came upon two photographs of Jewish children wearing Jewish stars, he first sketched, then painted them. His initial work led to a series of 20 paintings over the course of the next few years.

Lagin says he felt the Holocaust victims in the photos “were calling out to me” and says he wanted “to honor them and to pay my respects for them” though his work. Of the original 20 works in the series, 14 will be on display. Three color portraits of local Holocaust survivors were also part of the series, but were gifted to the subjects by the artist. None of the remaining paintings are for sale.

Now a resident artist at the Bothwell Arts Center, Lagin believes that “science and art are very similar; both are creative and involve journeys of exploration.” Over 20 years ago, he was responsible for bringing the popular “Science on Saturday” program to Livermore from Princeton and he continues to focus on educational outreach. Lagin especially hopes that high school students, their parents and teachers will come to the exhibit, and will be offering a special reception for high school students on Monday evening, April 29th.

Since the exhibit contains some audio-visual materials which are partly graphic in nature, the exhibit is most appropriate for high school age and above. Two receptions are to be offered, an opening reception on Sunday, April 28th at 6:00pm and the reception for high school students on Monday evening. Kosher refreshments for both receptions will be provided by Tri-Valley Chabad. Special group viewings can also be arranged in advance.

Yoga in the Sun

Graceful yogis hone their practice at a free community yoga class hosted by Joya Yoga in front of Livermore’s Bankhead Theater on Sunday, Oct. 11. Joya Yoga’s mission is to empower communities of all ages, sizes, shapes, genders, religious be…