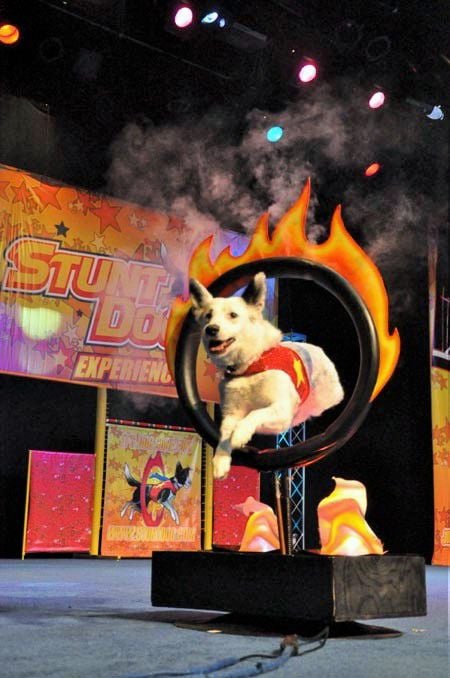 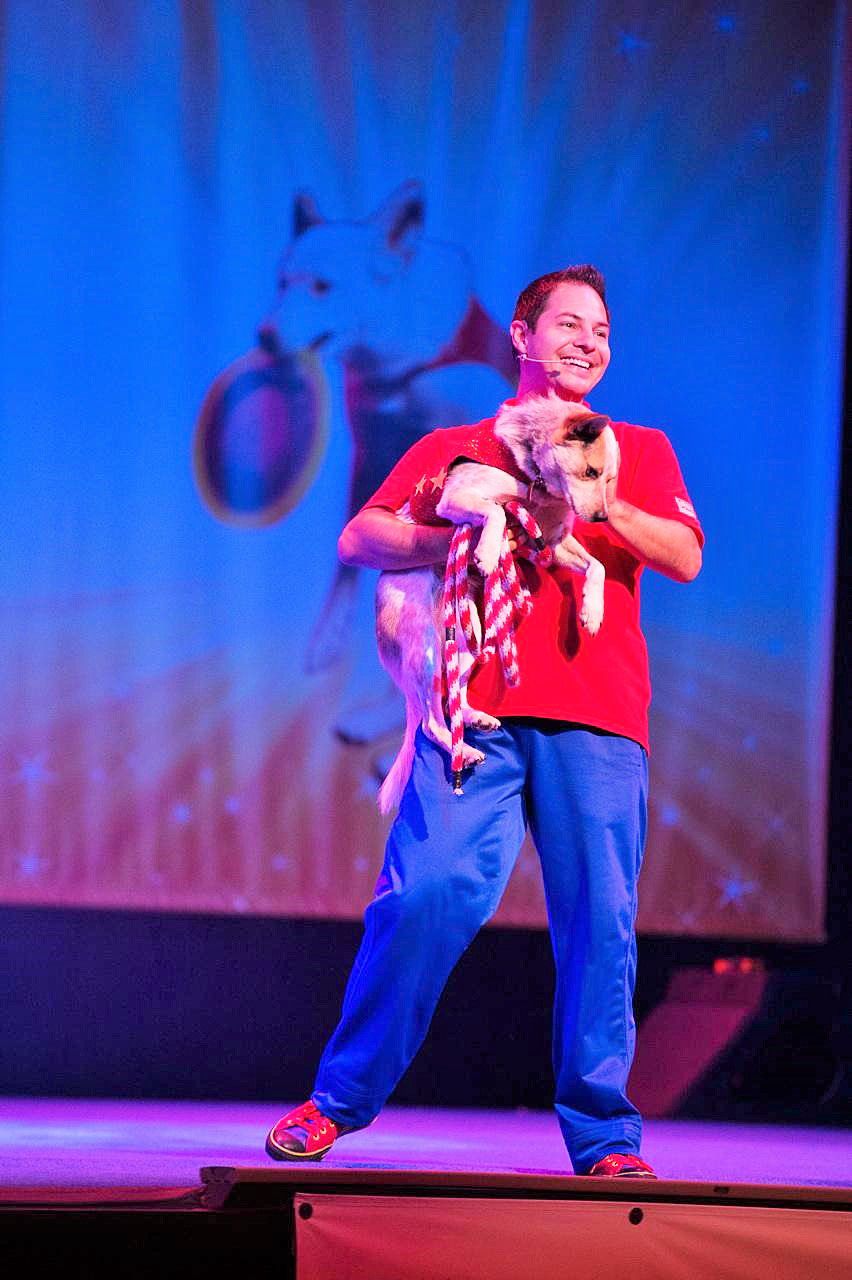 Perondi’s Stunt Dog Experience is unusual in that all of his performers are rescue dogs adopted from pounds and shelters across the country.

An event tailored for families, Perondi’s Stunt Dog Experience will be presented twice on Sunday, Nov. 24, at 2 and 6 p.m., with ticket prices ranging from $20 for students and military, to $30 for general admission.

Bay Area German Shepherd Rescue will host a dog encounter in the Bankhead lobby or, weather permitting, on the plaza prior to the performance. The event is made possible thanks to a generous sponsorship from longtime LVPAC member Pat Wheeler.

This year marks the group’s 20th anniversary season. Since 1999, Perondi has produced over 10,000 live shows in venues from major theme parks to performing arts centers. Each show includes more than a dozen dogs as well as the Stunt Dog Experience mascot, Diggy, whose silly but helpful ways turn him into the star of the show. A fun and interactive experience, the audience is asked to provide encouragement throughout and there are “showdowns” judged by audience applause.

Perondi first began dog training as a hobby in 1996 with an adopted Australian Cattle dog named Pepper. After starting Northern California’s first Frisbee Dog Club a few years later, he created the “Extreme Canines Show,” which performed as halftime and sideline entertainment for the San Francisco 49ers at Candlestick Park for many years. Perondi and his dogs have appeared on the Ellen DeGeneres Show, the Tonight Show, Good Morning America, and Pet Star!, as well as in numerous commercials.

The Bankhead is located at 2400 First St. in downtown Livermore. Visit lvpac.org.