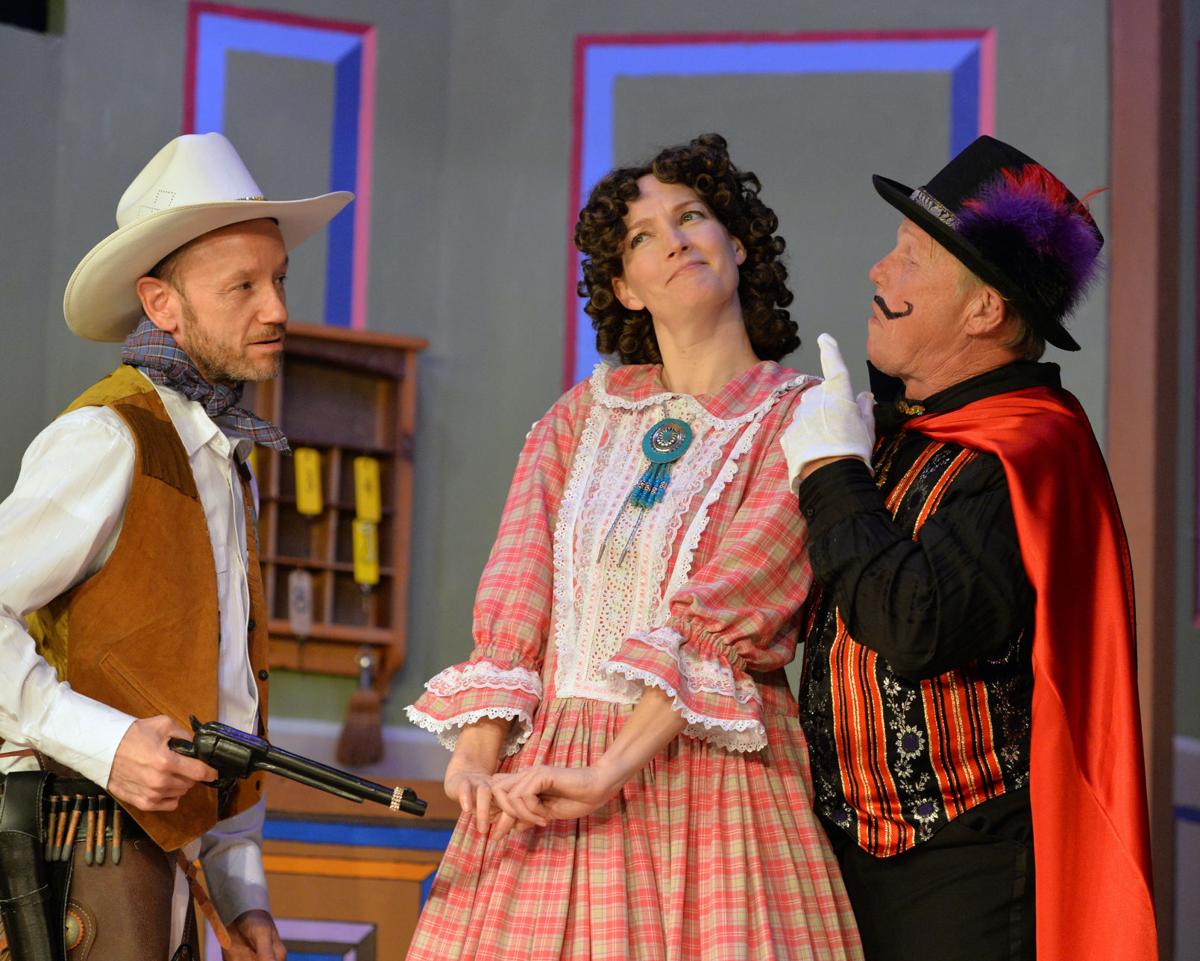 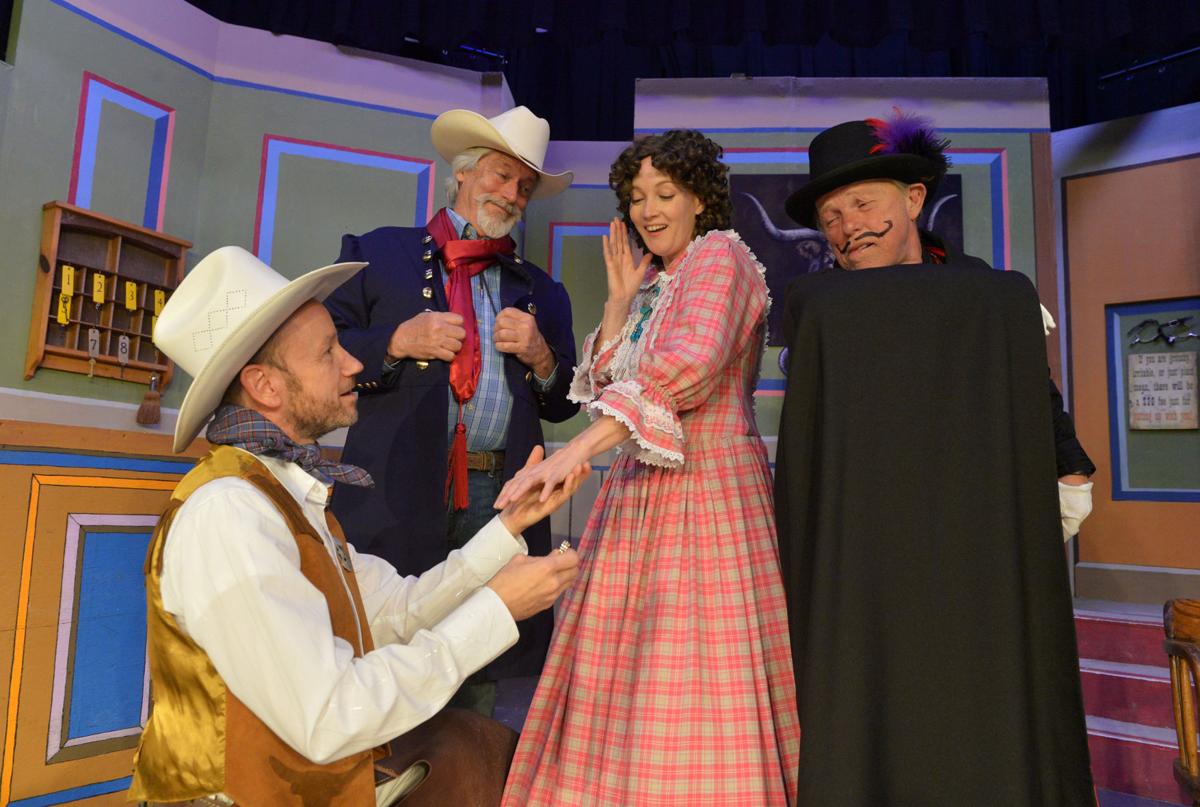 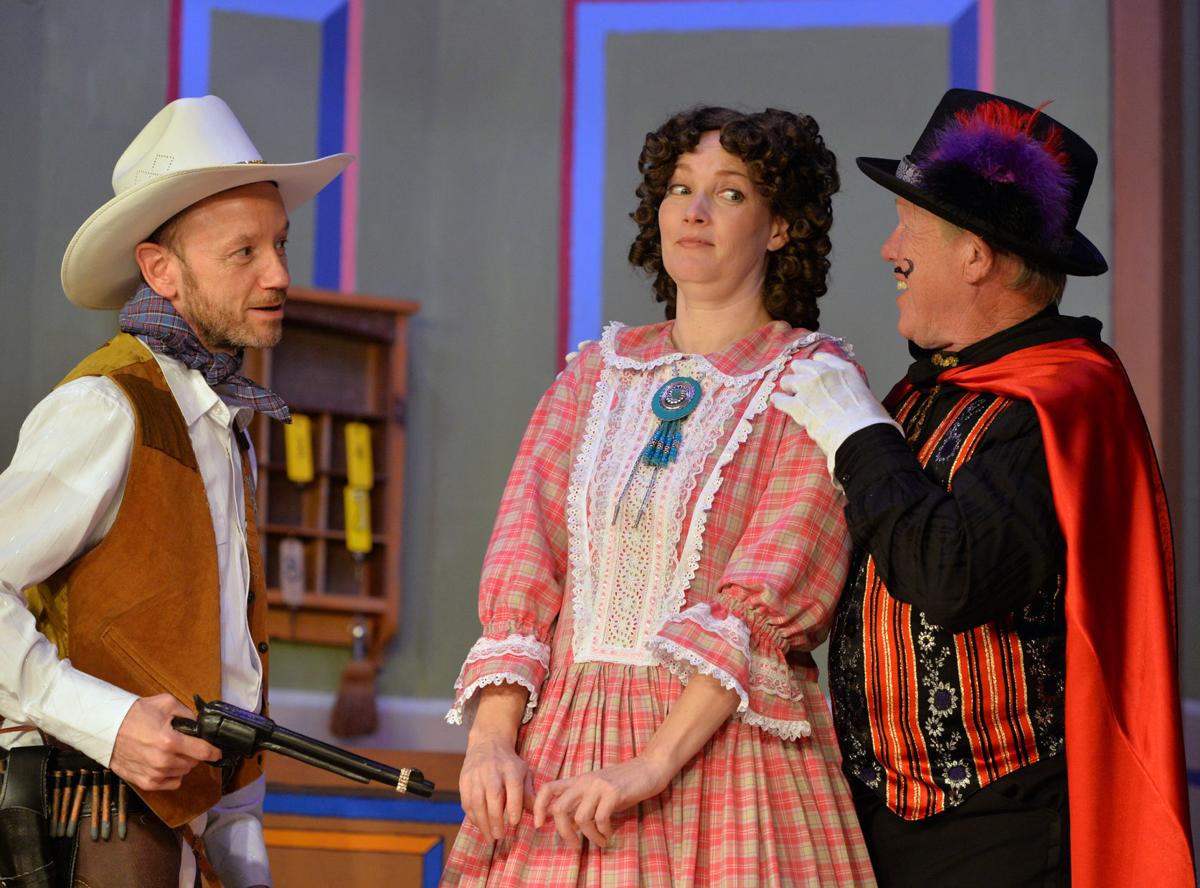 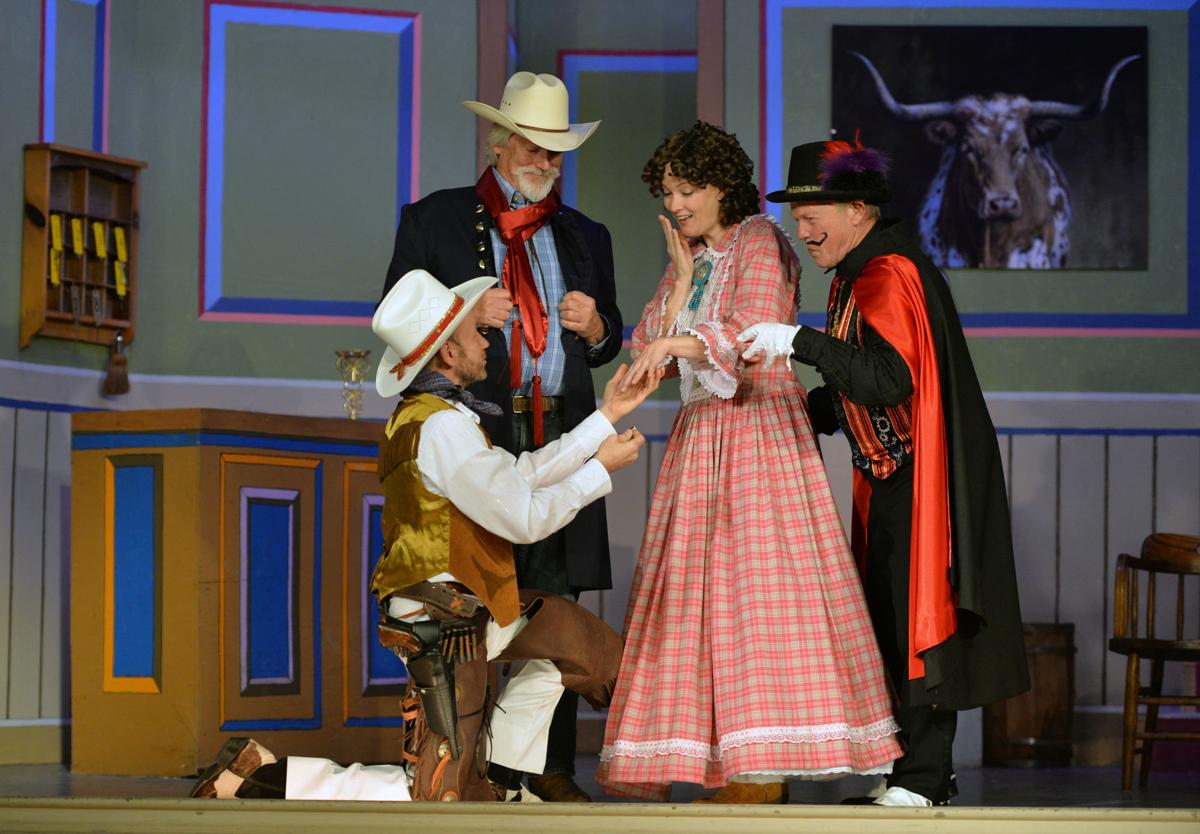 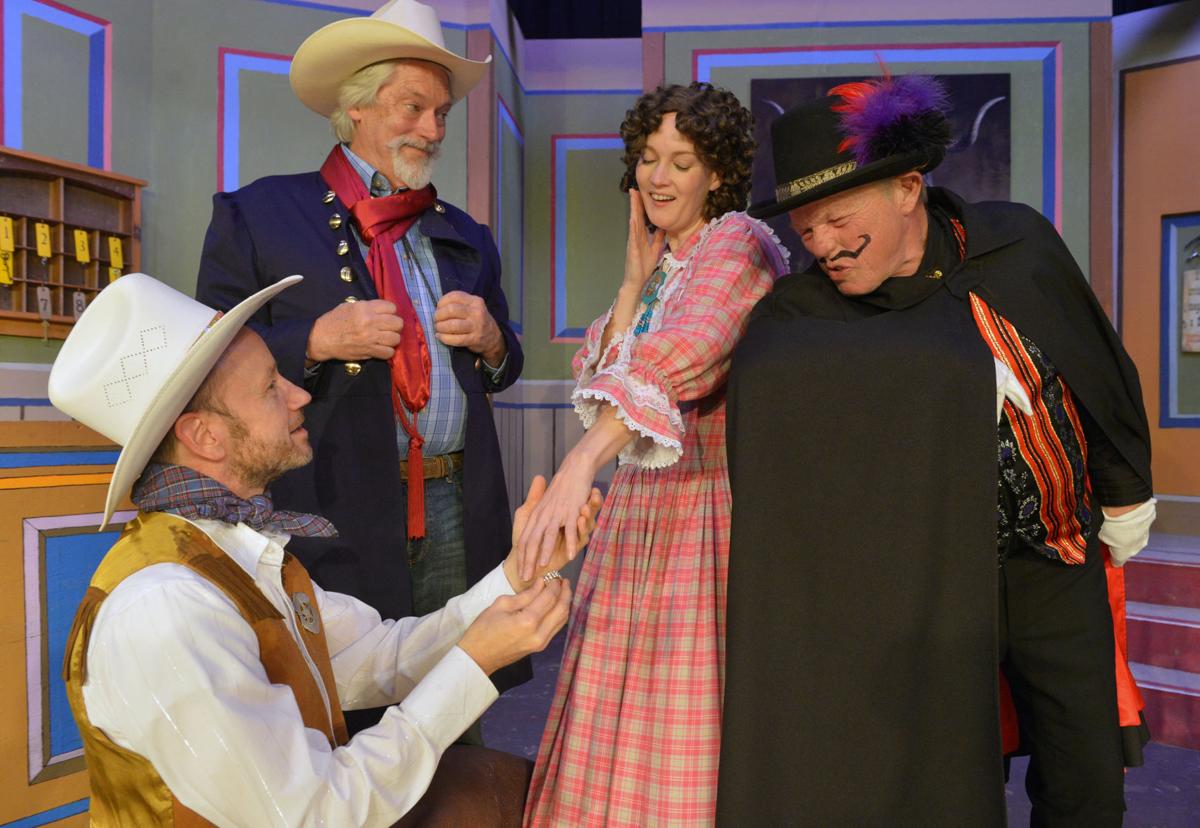 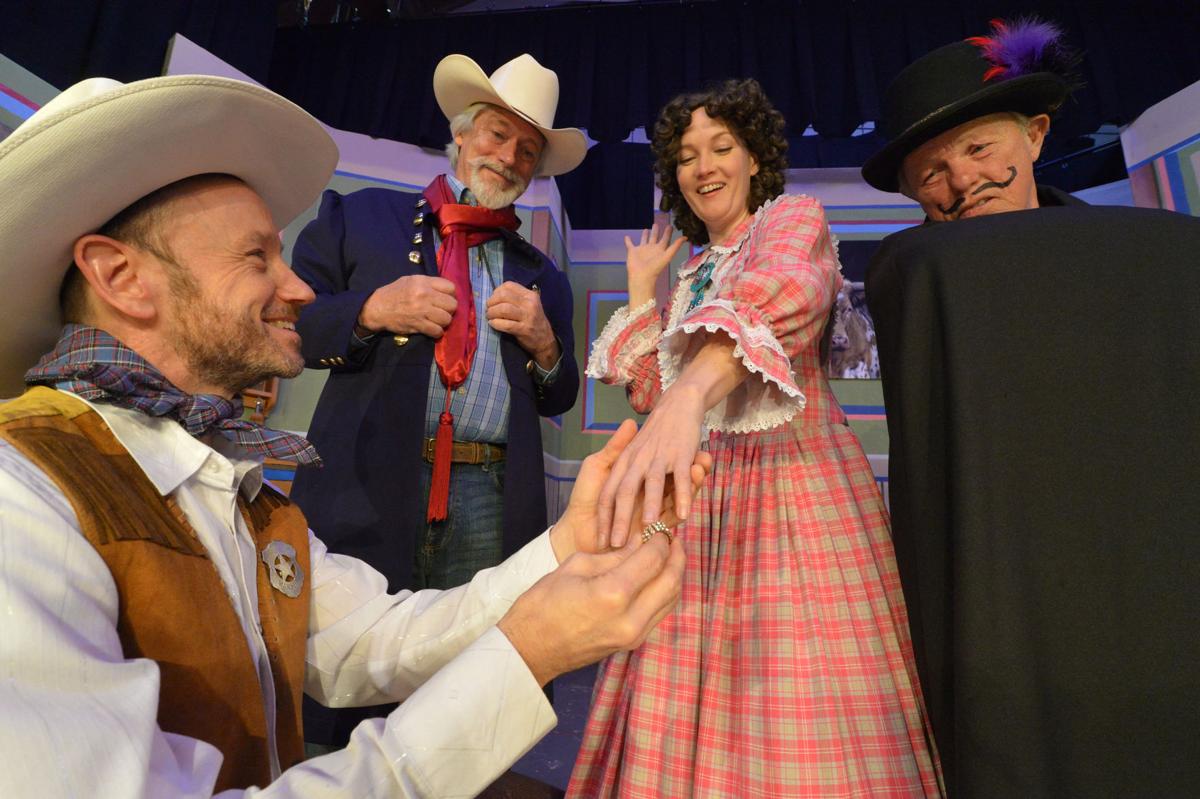 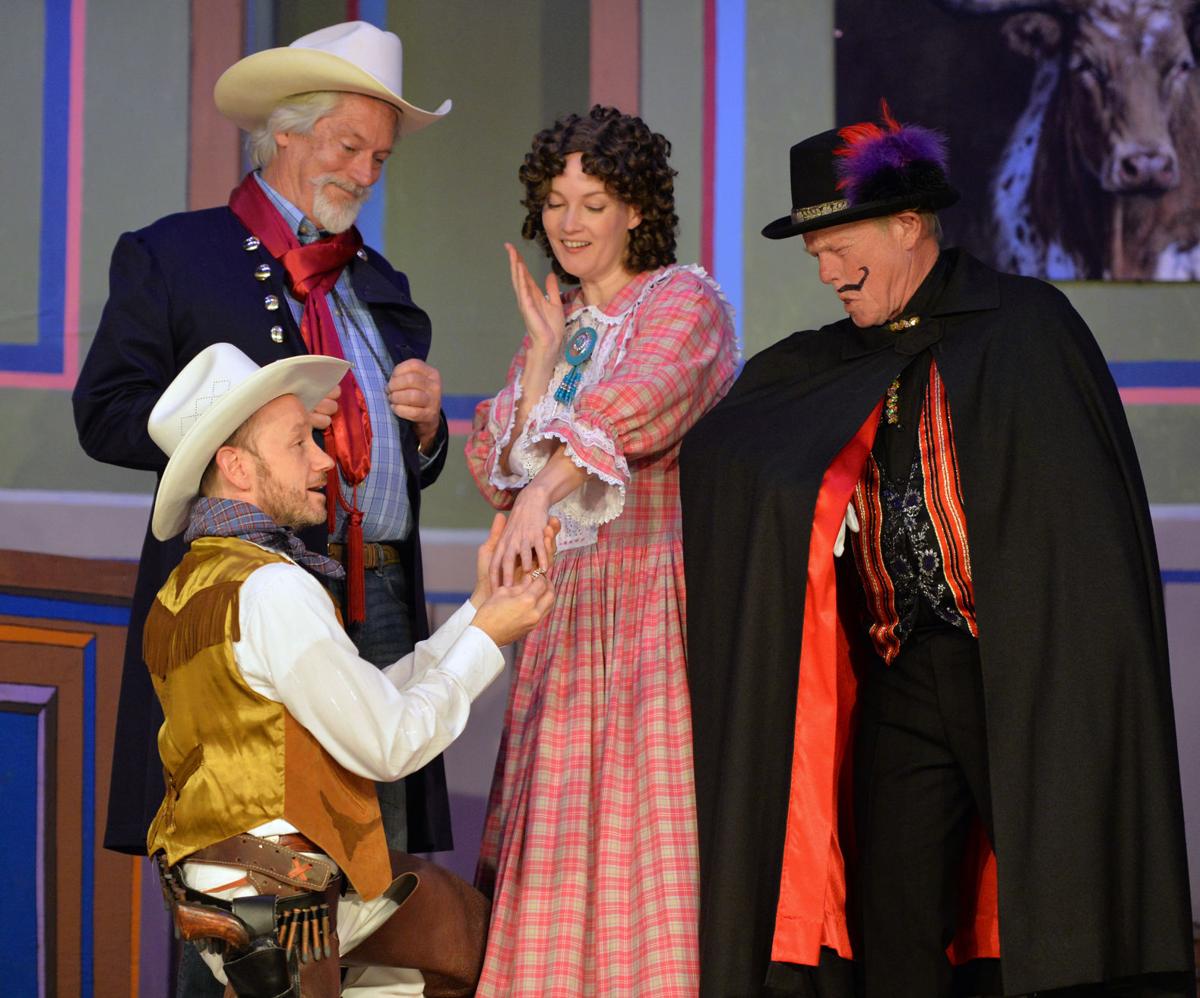 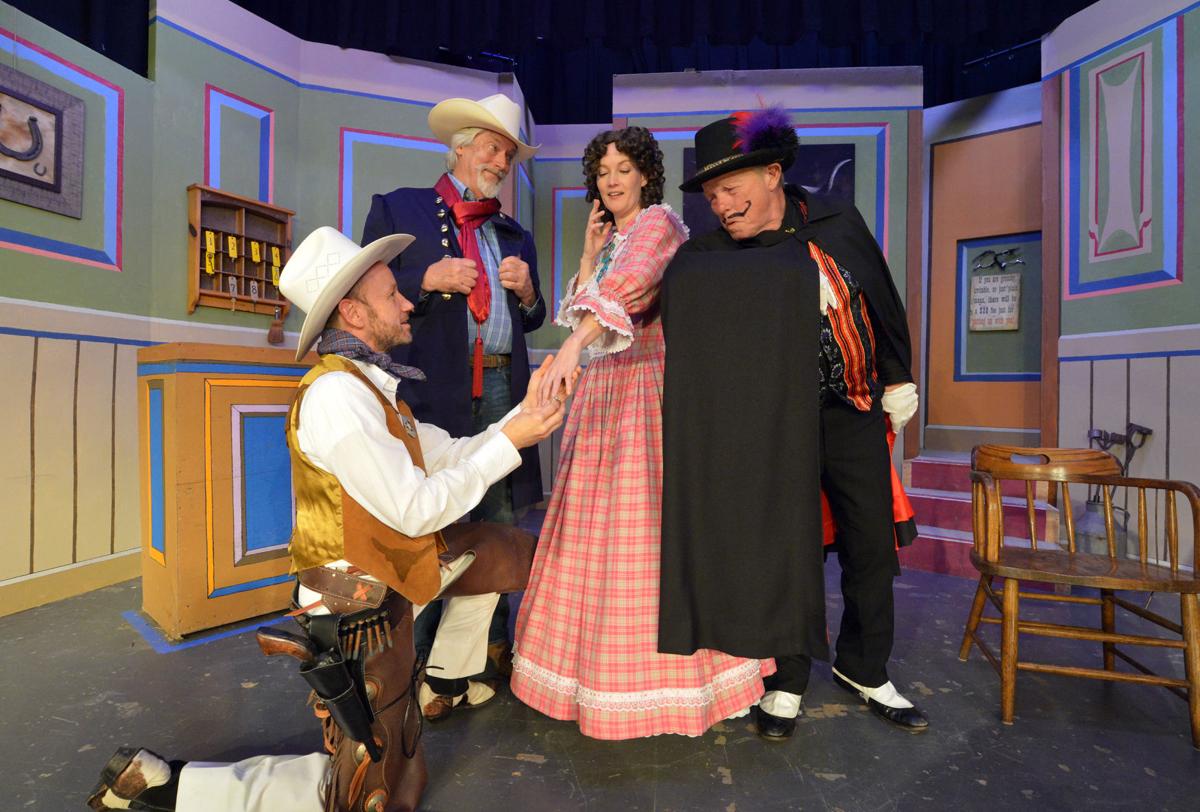 Sandi Bohner, who’s been involved with the Sunol Repertory Theater for the last 20 years, really enjoys the experience and the fact that the theater raises money for the Sunol Glen Unified School.

This is the theater’s 39th year of staging performances, and it has donated over $200,000 to the arts program at the school during that time. Last year, the theater raised $7,500. and Bohner said she hopes to top that this year.

With next year being the 40th, there’s also lots of buzz about what might be in store to commemorate the milestone.

Bohner alternates between co-directing plays and doing publicity for the repertory theater. This year, it’s the latter.

She said the theater connects her to a group of fun-loving folks who do this for entertainment, self and otherwise. Bohner mentions the unwavering support of regular theatergoers, who come religiously year after year.

Each year, a new director or set of directors picks a different play to explore. Last year was “Caught in the Act,” which Bohner described as a convoluted farce. This year, it is a true melodrama.

A trio of directors – Georgia Ball, Klay Kunkel and Diane Tiessen – selected “Treasure of the Shiver River,” a play by Flip Kobler and Cindy Marcus. that probes the unlikely, but amusing possibility of a cattle drive in a place cold enough to freeze their horns.

Let’s allow the playwrights to explain:

All the traditional plot elements are here. From the nasty scoundrel Rod Enreel, who will soon take over the Shiver River Ranch and find the hidden treasure if Colonel Sanders can’t sell his cattle to come up with the mortgage money, to heroic Marshal Marshall Law, who would love to propose to Heidi Claire, the colonel’s daughter, yet he can’t. And, yes, there’s always the vile option for Heidi to marry the black-hearted villain, though he only plans to do her in and abscond with the treasure and his romance novel-loving partner-in-crime, Paige Turner. Ah, but did we mention that our villain doesn’t have a good evil laugh and has to appoint an Evil Laugher from the audience? Or that Marshal and Heidi wonder curiously why they hear romantic music every time they’re in a scene together? Both your cast and your audience will love all the show-stealing roles, such as a pirate queen, a semi-reformed female gambler and an auctioneer who’s tricked into thinking he’s a dog by a con artist with as many accents as the United Nations.

If that doesn’t have you hooked, perhaps some insight from the lucky lady who plays the heroine, Heidi Claire, will do the trick.

Livermore resident and winemaker by day, Meredith Sarboraria, says she didn’t actually try out for the heroine part. She prefers characters with more grit. But this role apparently chose her.

She tells us that the way auditions work at the Sunol Rep, you have to cold-read the parts chosen by the directors, and everyone gets a chance to read for any and all characters. Sarboraria read for all six of the female roles this year. Although she was surprised to get the role of Heidi, she is happy just to be performing. Acting is a real love and she’s very glad to have the role.

How does she feel about melodramas? “I do like them,” she said. “They're not exactly serious plays, but they are so fun to perform, especially when the audience really gets into it, and fun to watch. We have a great cast and I am confident we'll entertain well.”

Of the play itself, Sarboraria says, “The story is about a villain and his lady cohorts trying to thwart a cattle auction to ultimately gain ownership of a cattle ranch. My character is the daughter of the ranch owner. The villain tries to marry me as one way of gaining ownership of the ranch, but I'm already in love with the hero, who is having trouble proposing to me. A lot of other details get us through the plot, but you'll have to come see the play to find out more!”

Does she see any resemblance between Heidi and herself? Not exactly.

“I think maybe people see me as being more of a sweet girl-next-door type, and I do have that side to me, but I'm really more rough around the edges than that,” Sarboraria said. “I think I might show the sweet side more to those that I think will appreciate it more, and the salty side to those I feel will relate more to that side of me. I guess a lot of people function in society that way.

“I'm always surprised when I get cast in a ‘nice girl’ type role,” she added, “but at least it's fairly easy to bring that side out into the character, and I take it as a compliment. I am using Miss Yvonne from Pee-wee's Playhouse as an inspiration for this one!”

The stage at Sunol is fairly small, which presents a big challenge for choreography. When all 12 cast members need to be on stage to deliver lines at the same time, it can create a traffic jam.

“The directors always have their work cut out for them, trying to block those scenes without crowding the stage, Sarboraria said. “In years past, they have built out the stage deck with platforms, and made use of the house floor, so we'll see if they need to do that this year.”

Sarboraria says the cast is busy learning their lines and blocking, and other standard play production details. She credits her co-players and directors with being real pros when it comes to putting on the yearly performances.

“They've been doing this for almost 40 years, so our crew, costumer/set designer, directors, producers, house manager, stage manager, pianist, etc. all know how to this with their eyes closed,” she said. “All we need is for the audience to come, pack the house each night, and participate in the verbal emoting that melodrama calls for!”

Cast of The Treasure of Shiver River

Donna Blevins: “Page Turner” – Rod's girl who loves Rod almost as much as her romance novels.

Meredith Sarboraria: “Heidi Clair” – the heroine who always sees the bright side of things; the colonel's daughter.

Derek Johnson: “Rusty Nail” – auctioneer and a fast talker who gets confused when he gets too excited.

Klay Kunkel: “Marshal Marshall Law” – territorial marshal and the hero; madly in love with Heidi, but reluctant to propose for some reason.

Patti Balch: “Dr. Ophellia Payne” – con-artist pretending to be a German doctor; in cahoots with Rod.

Audience participation is definitely part of the drama. The play opens on Saturday, March 7, with subsequent performances scheduled for March 13, 14, 20, 21, 27, and 28. All performances begin at 8 p.m. Admission is $15 for reserved seating, available at www.sunol.net/srt.