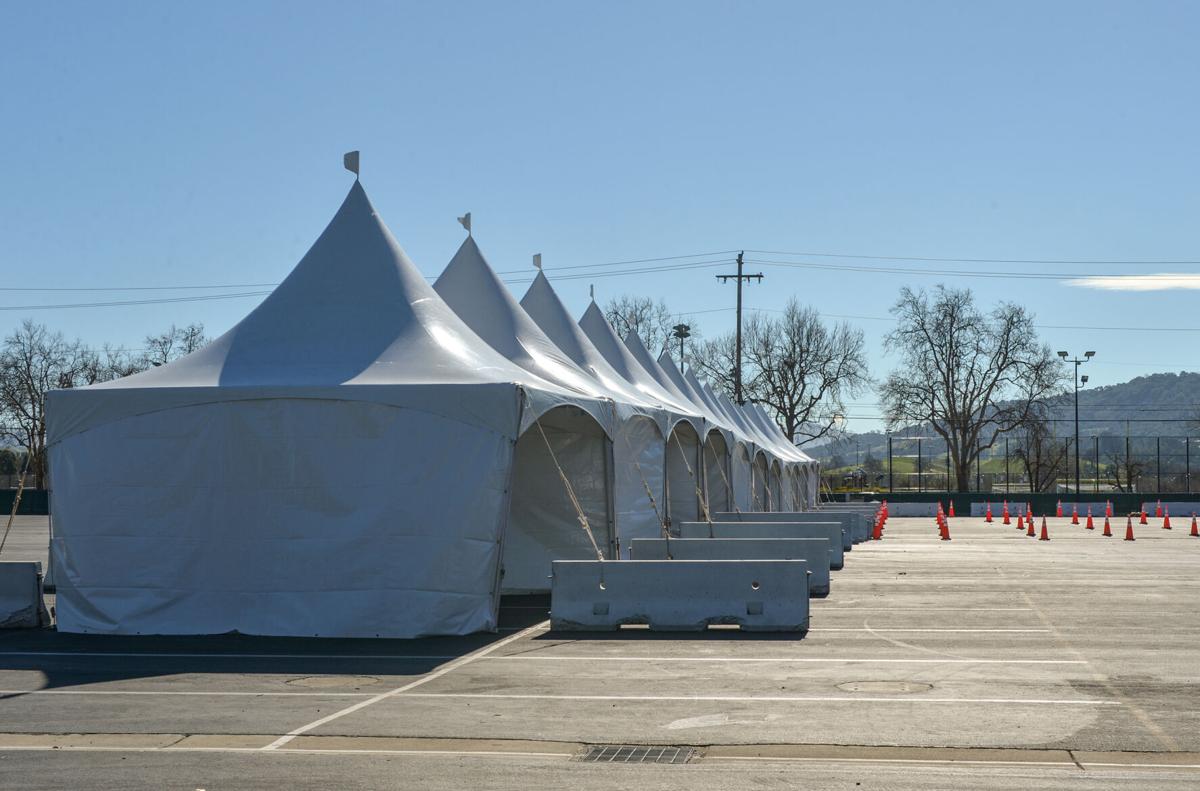 A row of tents, seen here at the Alameda County Fairgrounds, will soon welcome patients seeking COVID-19 vaccines. The site should be operational in the next couple of weeks. (Photos - Doug Jorgensen) 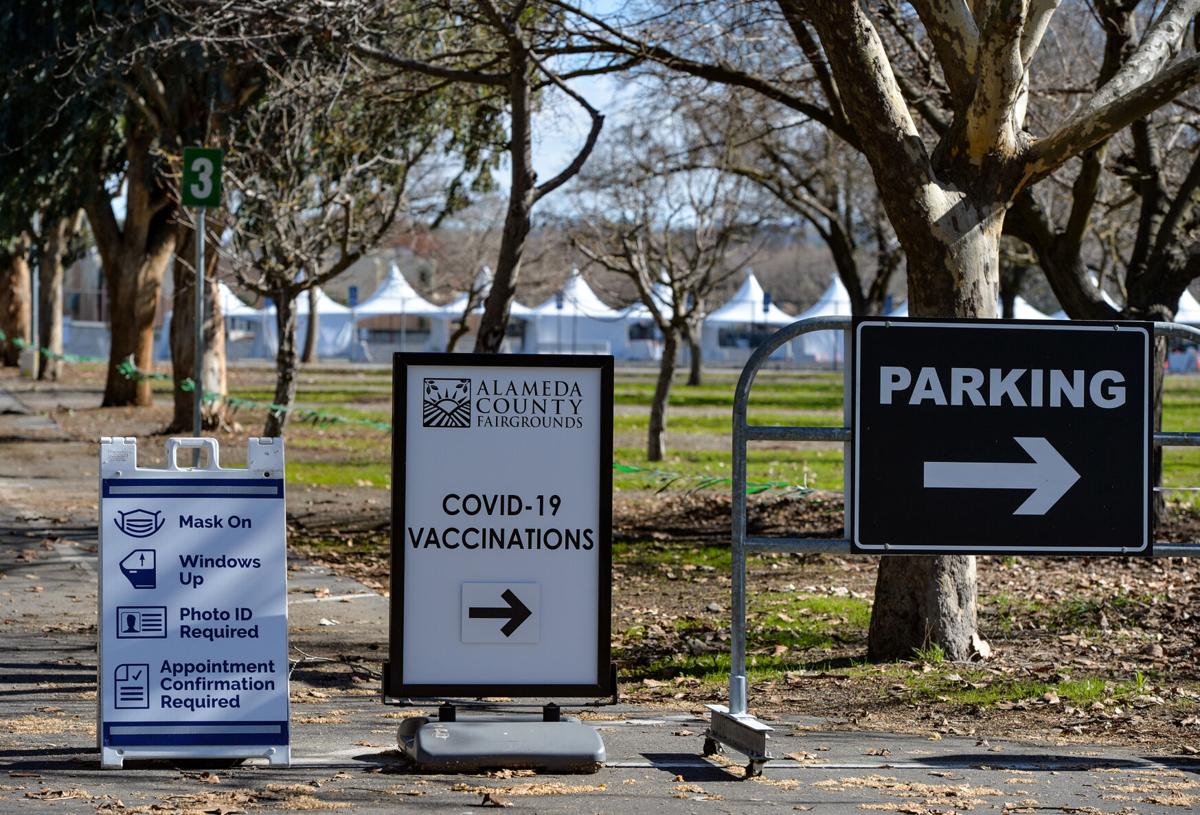 A row of tents, seen here at the Alameda County Fairgrounds, will soon welcome patients seeking COVID-19 vaccines. The site should be operational in the next couple of weeks. (Photos - Doug Jorgensen)

REGIONAL — Workers have begun preparing the Alameda County Fairgrounds in Pleasanton to serve as a COVID-19 "mega" vaccine distribution site that could inoculate thousands of people a day.

Tents, signs and cones already are in place at the site, which could become operational in the next couple of weeks, county officials said at a recent meeting of the Alameda County COVID-19 Advisory Board.

According to county officials, the fairgrounds site and another at the Oakland Coliseum will each open with the hope of administering 5,000 doses each day. The sites will operate in conjunction with the Kaiser Permanente, Sutter and Stanford - ValleyCare health plans.

During the board’s meeting last week, Aneeka Chaudry, assistant director at the county Health Care Services Agency, said officials are still working out how residents will make appointments to visit the sites. Chaudry further stated that vaccination availability will be according to state guidelines — offering them first to health care professionals, first responders and people 65 and older.

In the coming weeks, however, the state will change the system from job-based to age-based, following a directive from California Gov. Gavin Newsom.

Eventually, health care providers, pharmacists, dentists and more will dispense vaccinations. But utilizing large parking lots for mass distribution of vaccines is the state's latest effort to stem the tide of the virus, which surged following Thanksgiving and Christmas.

Three other sites in Los Angeles County, including the fairgrounds in Pomona, also were utilized as mass delivery sites.

In addition, PetCo Park in San Diego and the CalExpo fairgrounds in Sacramento are being used as mass distribution sites.

The number of people who can receive vaccines depends, of course, on the availability of doses, which are in short supply. In Santa Clara County on Monday, Kaiser Permanente had to cancel more than 5,000 appointments for seniors who were set to receive their shots, the Los Angeles Times reported.

Ralphs supermarkets in Southern California also were forced to cancel appointments when vaccine doses meant for their pharmacies were diverted to other locations.

On Tuesday this week, California had recorded nearly 3.3 million COVID-19 cases. The death toll was approaching 41,000. Just more than 3.5 million vaccines had been administered. In Alameda County, more than 74,000 COVID-19 cases had been reported, with 982 deaths.

For more information on California’s vaccination plan, go to covid19.ca.gov/vaccines/.

Back in the Classroom

Alisa Elementary School students, in Pleasanton, are back in the classroom after a year of remote learning,