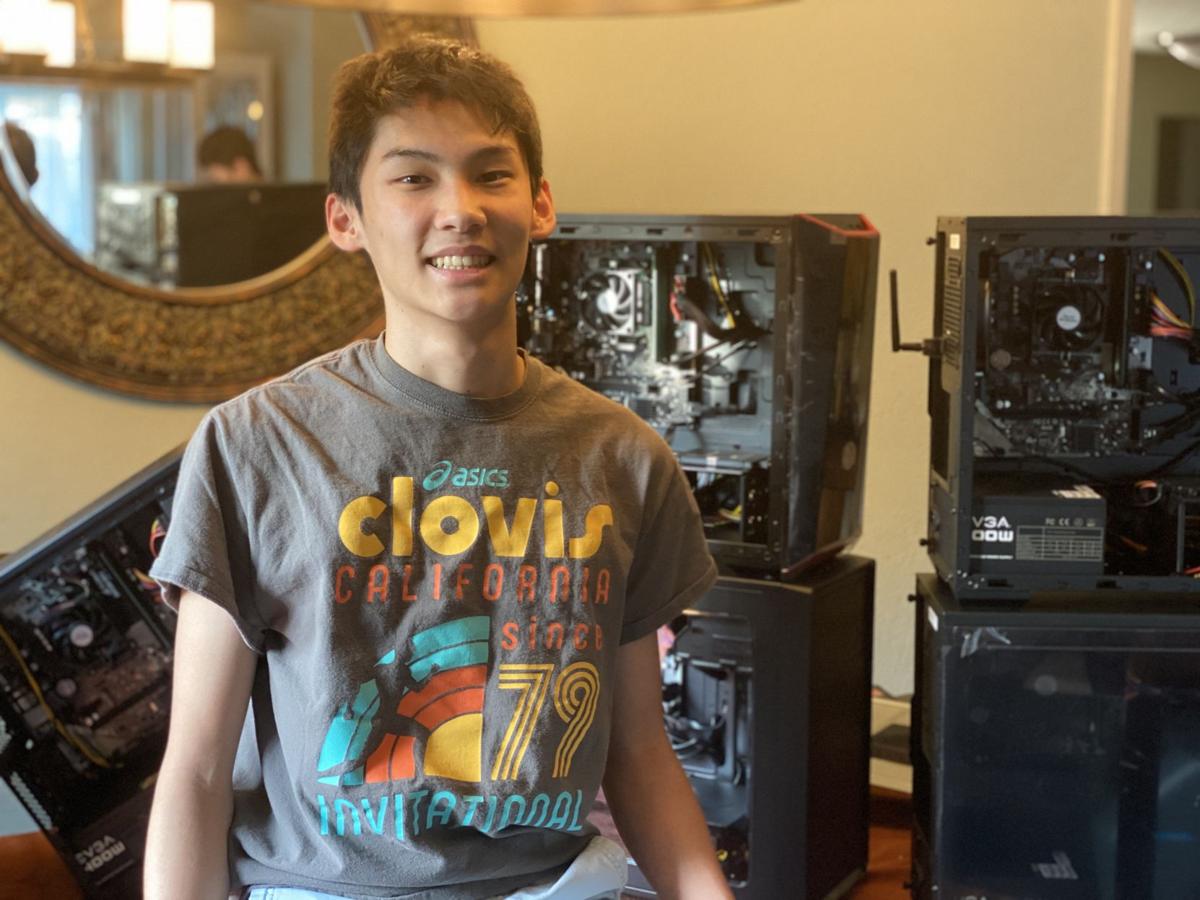 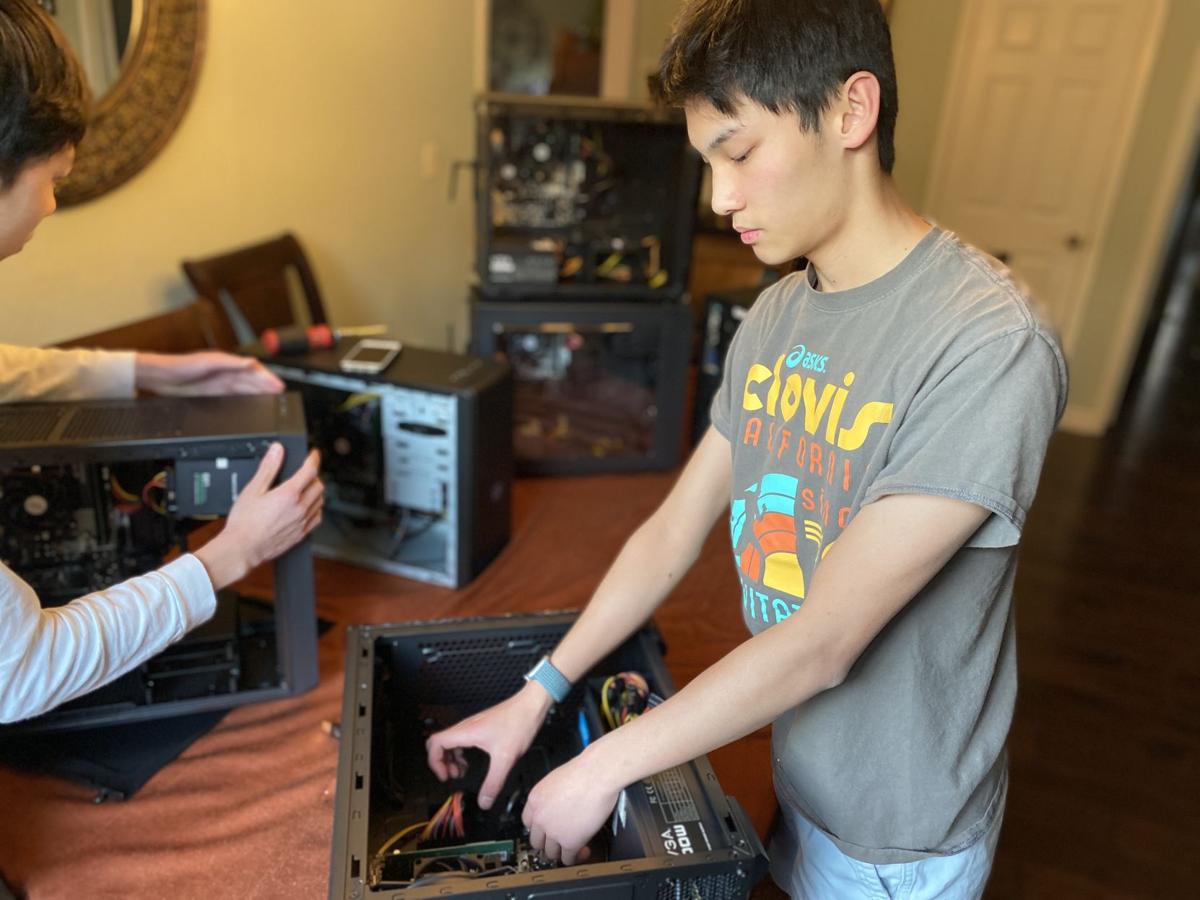 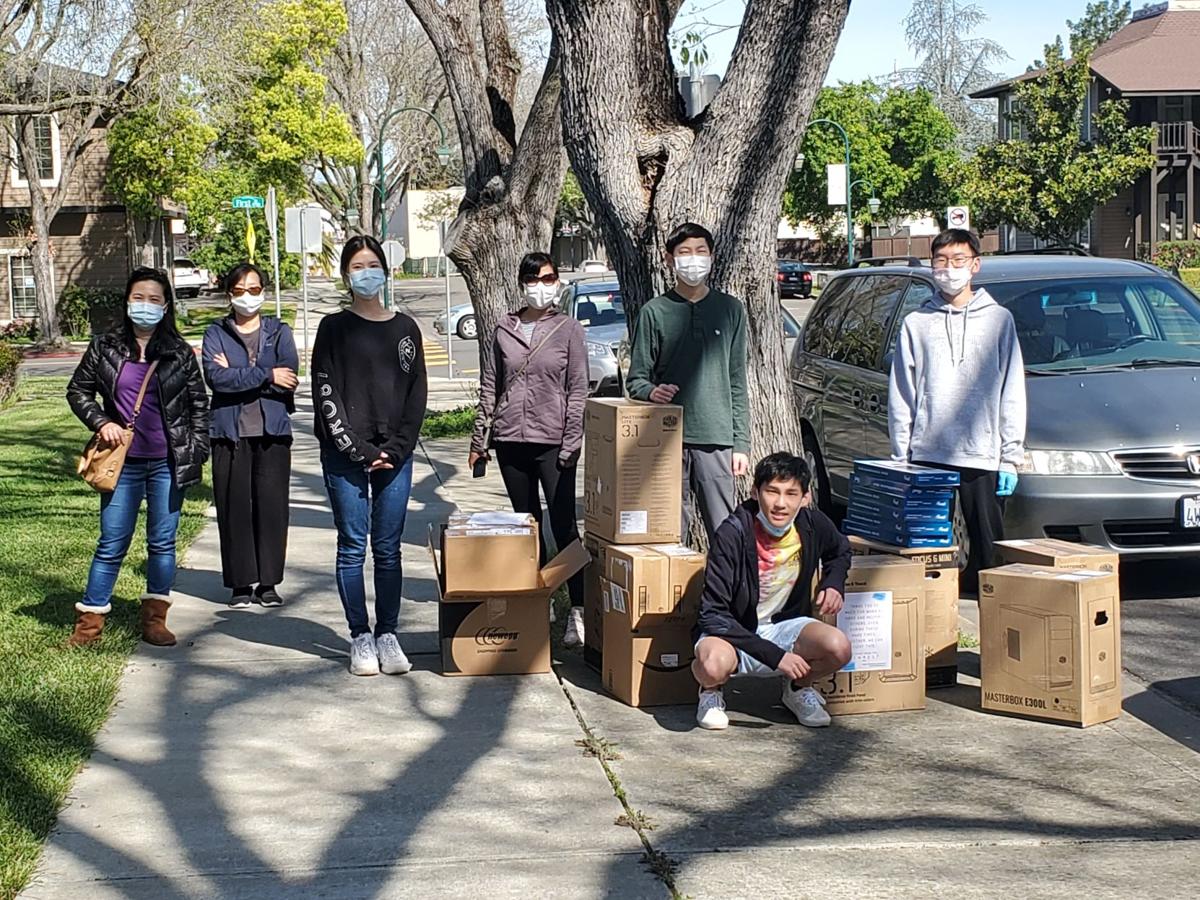 Amador Valley graduate Ervin Young, now a computer science major at the University of California, Riverside, is working with his former high school in Pleasanton to build desktop computers with access to advanced technology and engineering software for students studying from home because of the COVID-19 pandemic.

With classrooms shut down, the Pleasanton Unified School District provided hundreds of students with laptop Chromebook computers that run mostly cloud-based applications. But that left engineering and computer-science students without access to the more specialized software and technology available at the high school.

In response, the UC-Riverside freshman teamed up with his brother, Brighton, and other members of the New Nest student club at Amador Valley – Gavin Jiang, Nathan Tsui, and Alexis Huang – to build the computers with advanced processors needed by the school’s engineering students.

They initially built six desktop computers, at a cost of about $430 each, and have started a GoFundMe page so they can expand their efforts to provide computers to low-income students. The students who receive computers through the high schools will be allowed to keep them even when in-person classes resume.

“Seeing the difficult state that the entire world is currently in, I really wanted to do anything I could for my community, “Young said. “Working with my strengths in technology, I sought to do the most I could to benefit anyone I could. No matter how small the effort, if we collectively act as a team to help each other during this recession, a difference will be made, even if it’s one computer at a time.

Paea LePendu, a computer science lecturer who taught an introductory course that Young took last fall, said he learned about his student’s project from a post on an electronic discussion board.

“First year computer science students, who often have a long way to go before they can contribute sophisticated algorithms and software, often feel like they are not ready to contribute to the world,” LePendu said. “For Ervin to act creatively and put to such use the engineer’s natural ability to tinker and create is just plain awesome.”

In addition to the GoFundMe page, Young and New Nest are hoping to work with e-waste facilities to purchase computer parts that would otherwise go to landfills. Each computer takes three to four hours to complete. To donate, go to www.gofundme.com/f/help-donate-computers-for-community.