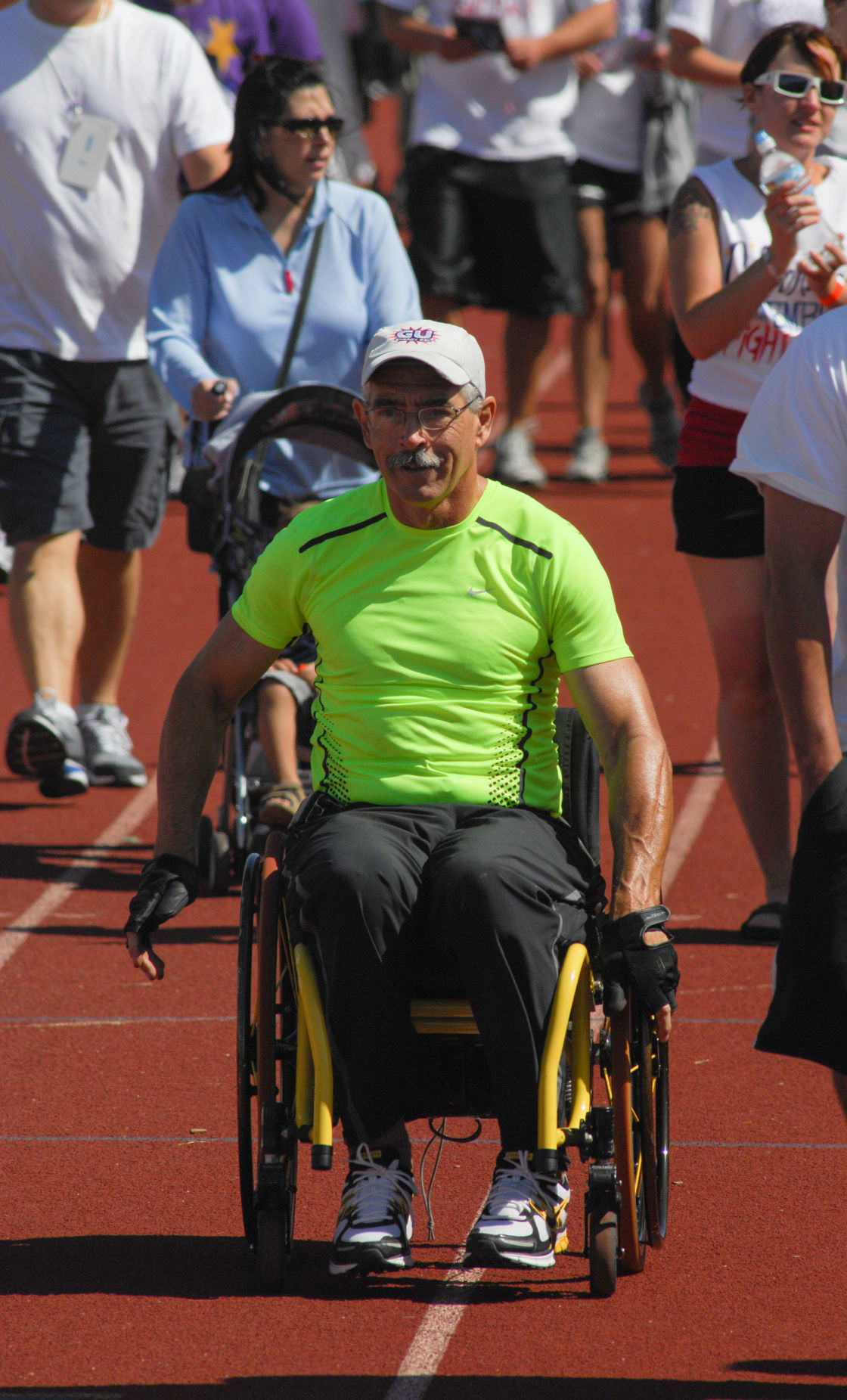 Coomber is shown rolling in the Relay for Life event. 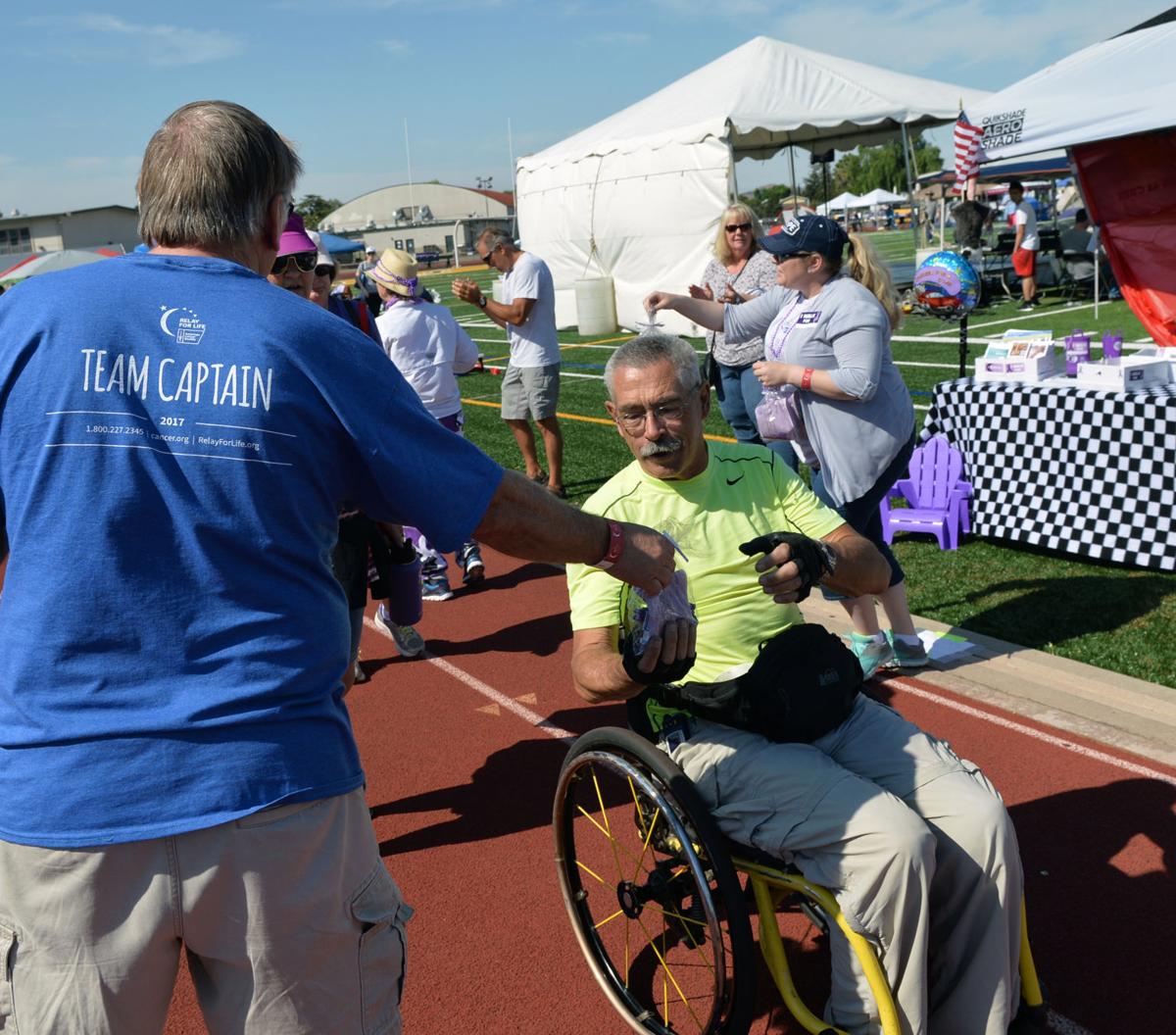 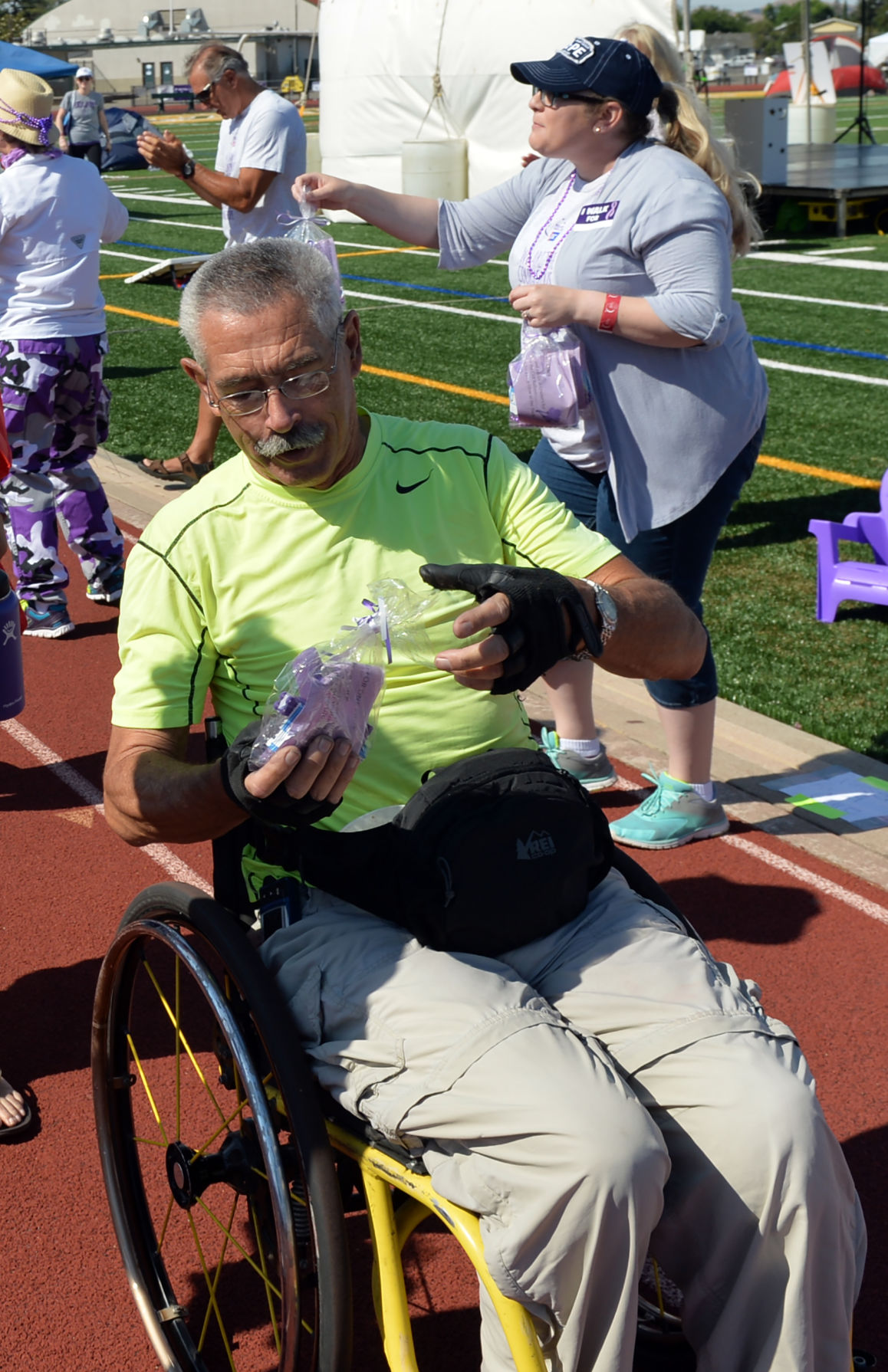 Coomber is shown rolling in the Relay for Life event.

Bob Coomber has faced some challenges in his life – he’s had Type 1 diabetes since his teens, and a resulting shattered leg put him in a wheelchair, and, oh, his recent efforts to hike across the Kearsarge Pass in the Sierra Nevada by wheelchair.

So, the Livermore City Councilman kind of shrugged it off about a year ago when given a diagnosis for why he felt tired – chronic kidney failure.

“It was more just, laughing, ‘Oh, what’s next?” Coomber recalled during a recent interview. “My wife, she was far more concerned about it than I seemed to be.”

Coomber, who regularly heads out in his wheelchair to hike along wilderness trails to experience the mountain views and nature up close, learned he would need a new kidney to stay alive. He said he doesn’t see his predicament as something insurmountable.

“Everything is like a big trail,” the outdoorsman said. “I have to figure out how to make it happen.”

Coomber’s slowed down his pace a bit since he was featured last year in the documentary “4 Wheel Bob,” which chronicled his attempt to become the first person in a wheelchair to cross the nearly 12,000-foot elevation Kearsarge Pass in the Inyo National Forest. So far, he’s staved off dialysis, but is on the kidney transplant waiting list at Stanford University Medical Center, where the nation’s first was performed in 1960.

“I saw my doctor (last week),” Coomber said. “He is still mystified that I don’t feel awful.”

An athletic and strong teen, Coomber began losing significant amounts of weight when he hit 20. Doctors diagnosed him with juvenile diabetes. He’s taken insulin and kept track of his blood sugar levels ever since, and wears an insulin pump.

As a young father, Coomber’s left leg gave way on a hike. The diabetes had resulted in osteoporosis, which ravaged his legs and shattered his bones. He has spent the rest of his life using a wheelchair.

That hasn’t stopped him from his passion: spending time hiking the trails in the nearby Sycamore Grove Park.

“As often as I can,” said Coomber, who will turn 65 in January. “I’m out there almost every morning… It’s several hundred acres of open space. You see a fascinating amount of stuff. Nature is still a fascinating force for me.”

The kidney problem has sapped him of some of his strength. He no longer goes to the gym to lift weights as chronicled in the movie.

At home, Gina, his wife of almost 25 years, creates meals to satisfy the requirements of his diabetes and kidneys.

Although his siblings and daughter have offered to give him a life-saving kidney, Coomber said he told them ‘no.’ Coomber’s siblings are all in their 60s, and his daughter has three children — 5 year old twins and an 8 year old.

“I’d rather she pay attention to her family than me,” Coomber said.

In the meantime, Coomber needs a volunteer who would become a perfect match. Or, he must wait for another family to donate a loved one’s organs, likely following a tragedy.

Coomber said he “aggressively passively” lets it be known that he needs a donor but does not seek out publicity. The Independent contacted him to do this article.

“The most I’ve ever done is go on Facebook to publish the link to the Stanford transplant center,” Coomber said. “I don’t have the ego to think I am so damn important I am going to go to those lengths. I know people in far worse shape than me.”

He said he knows anyone willing to give him a kidney would be making a huge decision. A donation would lead to immediate surgery. A cadaver donation could require 6 to 10 years on a waiting list.

Coomber said his doctor considers him a good candidate for a transplant. Despite his diabetes, Coomber does not smoke or drink and is in excellent physical shape. Fortunately, Coomber has medical insurance through his wife’s job and will soon be eligible for Medicare.

As Coomber waits, he spends his time outdoors, looking for bighorn sheep, Canada geese and a good view. On his most recent attempt, Coomber became stuck on a 400-yard area of rocks while trying to make it through the Sierra Nevada and had to give up. He wants to go back and try again, but his body won’t let him. At least not now.

He might try again if he receives a new kidney.

“I’m used to facing difficulty and things out there on the trail, just getting over a two-foot rise,” he said. “You find a way to do it.”

Anyone interested in becoming a living kidney or liver donor should go to https://www.stanfordhealthcarelivedonors.com.