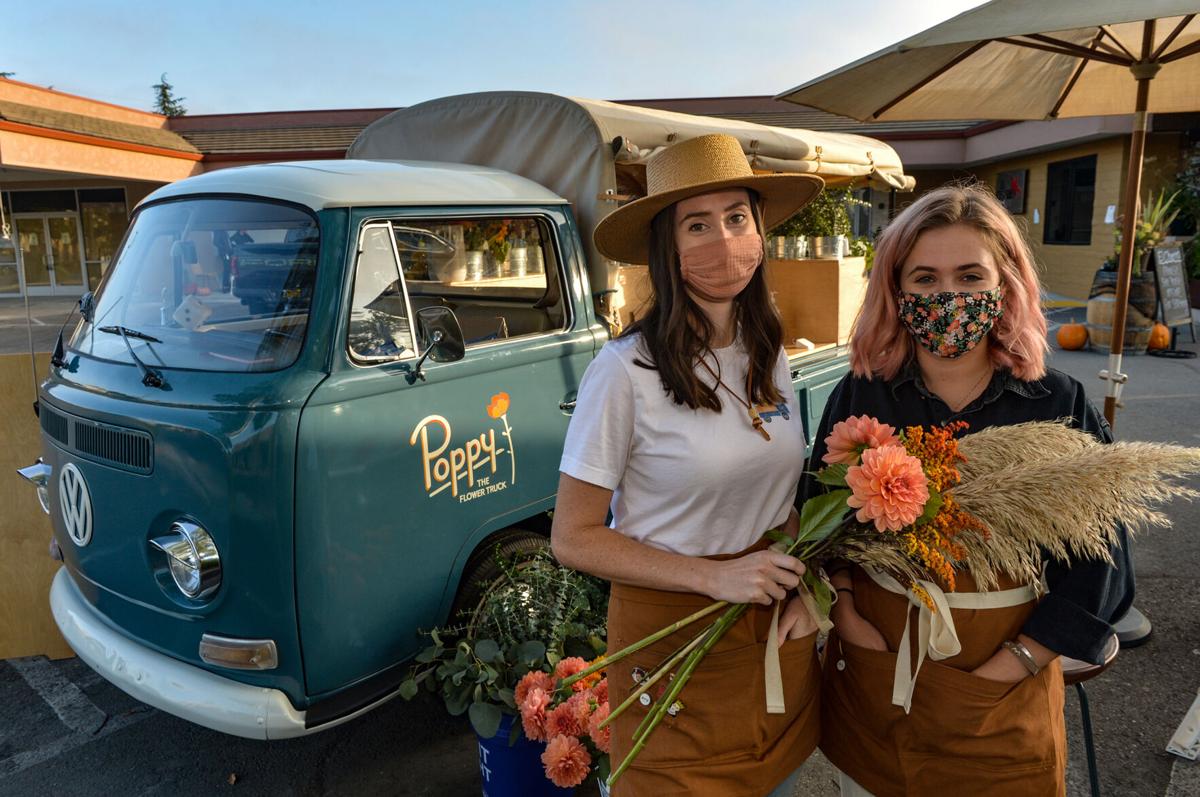 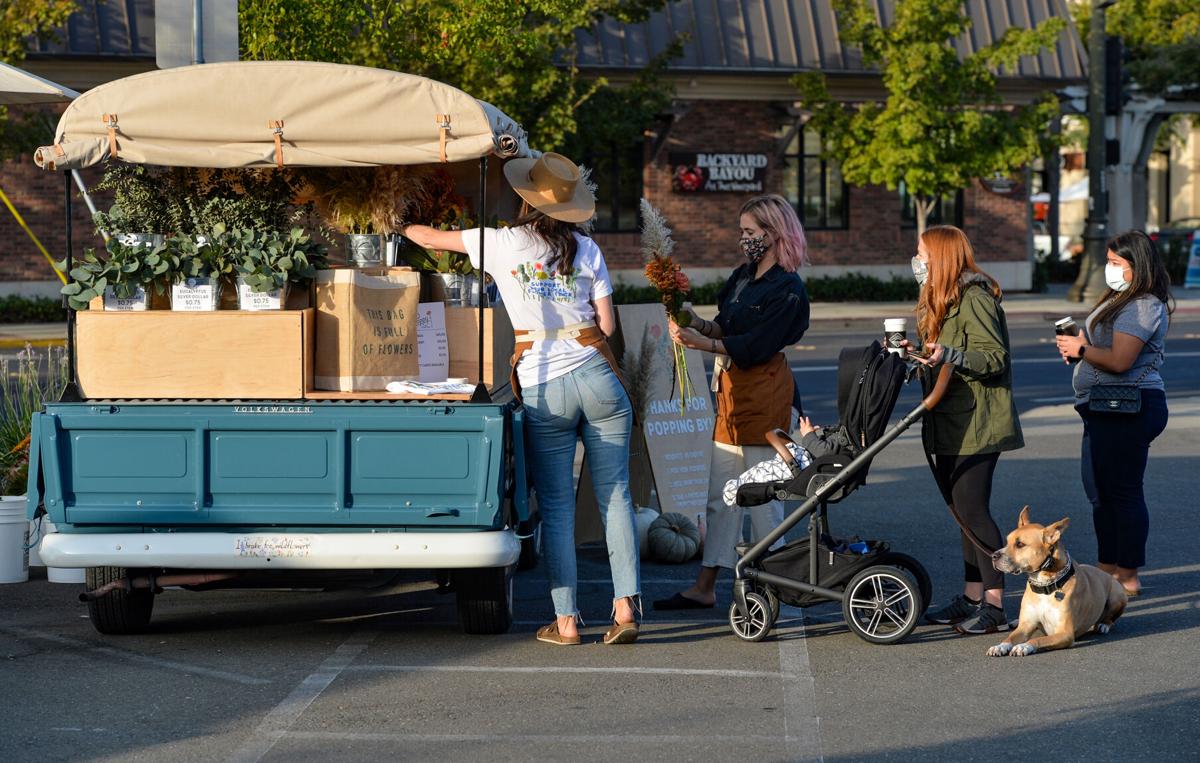 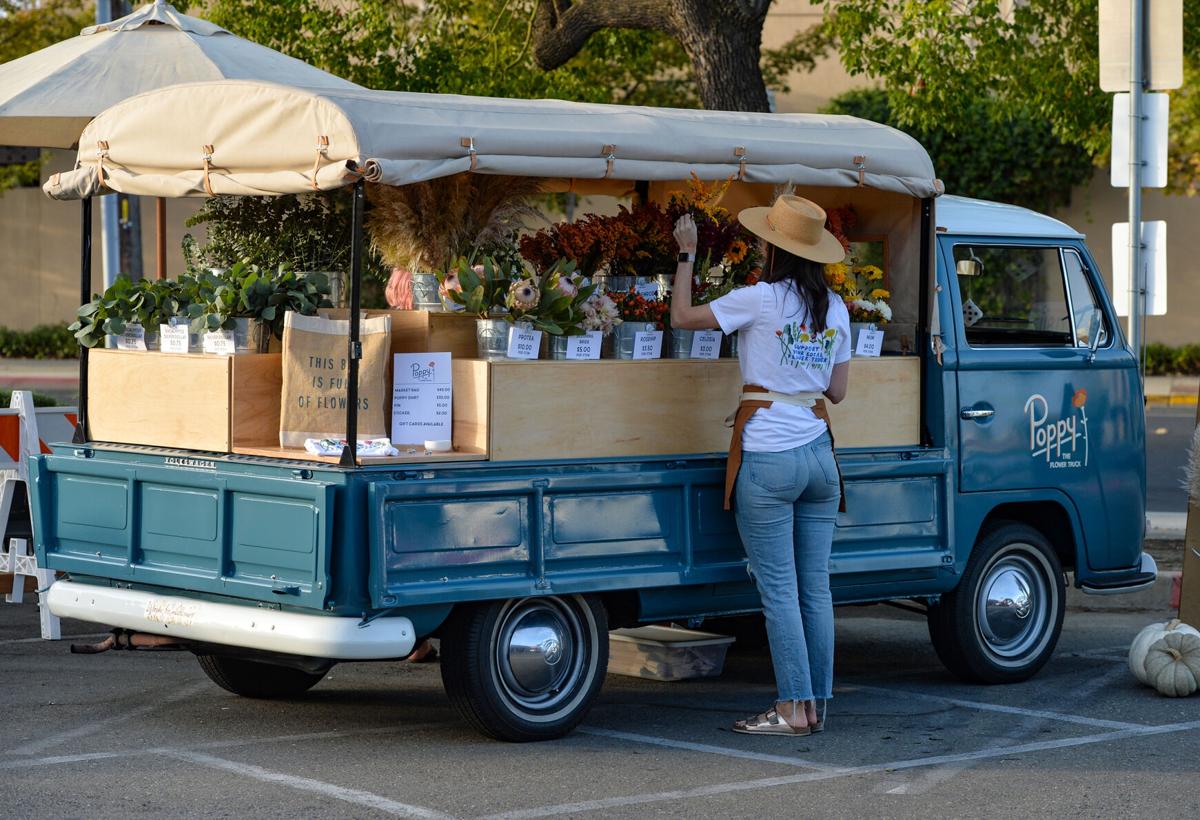 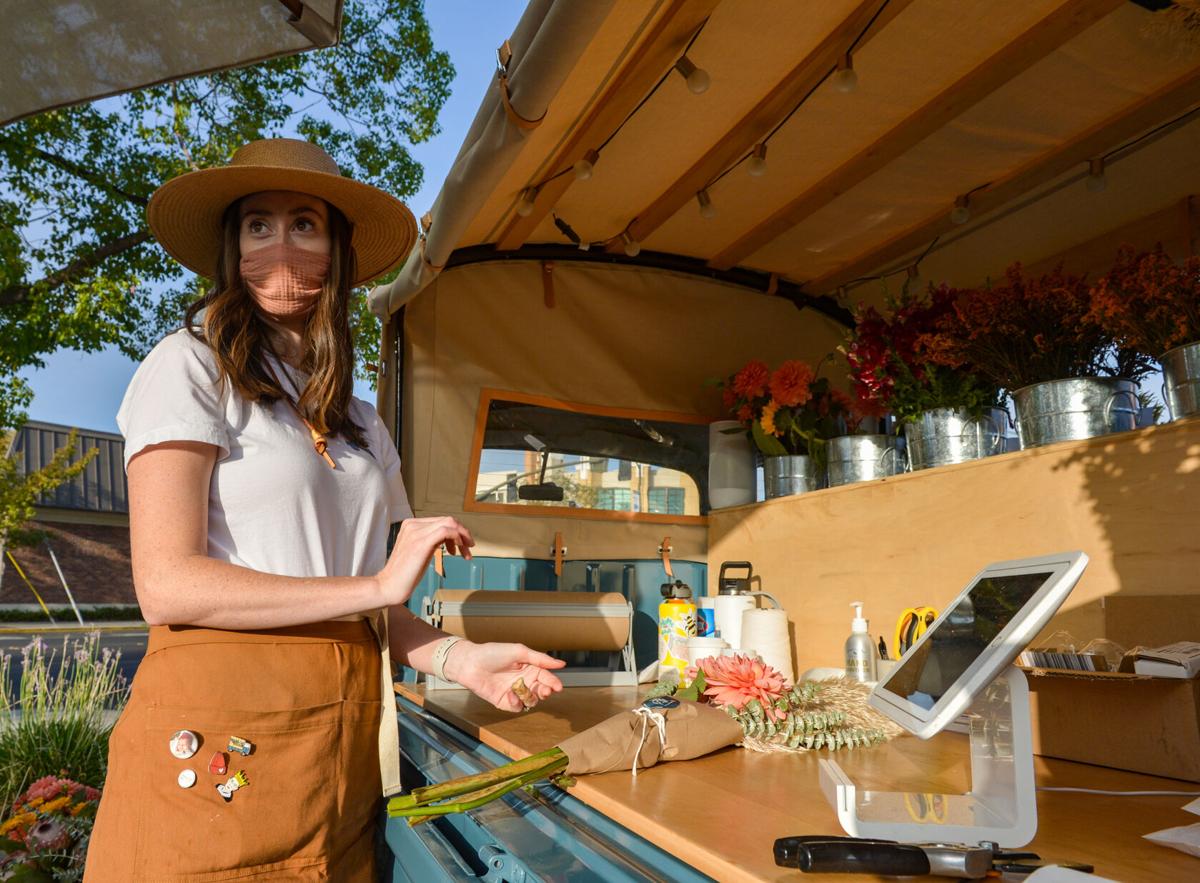 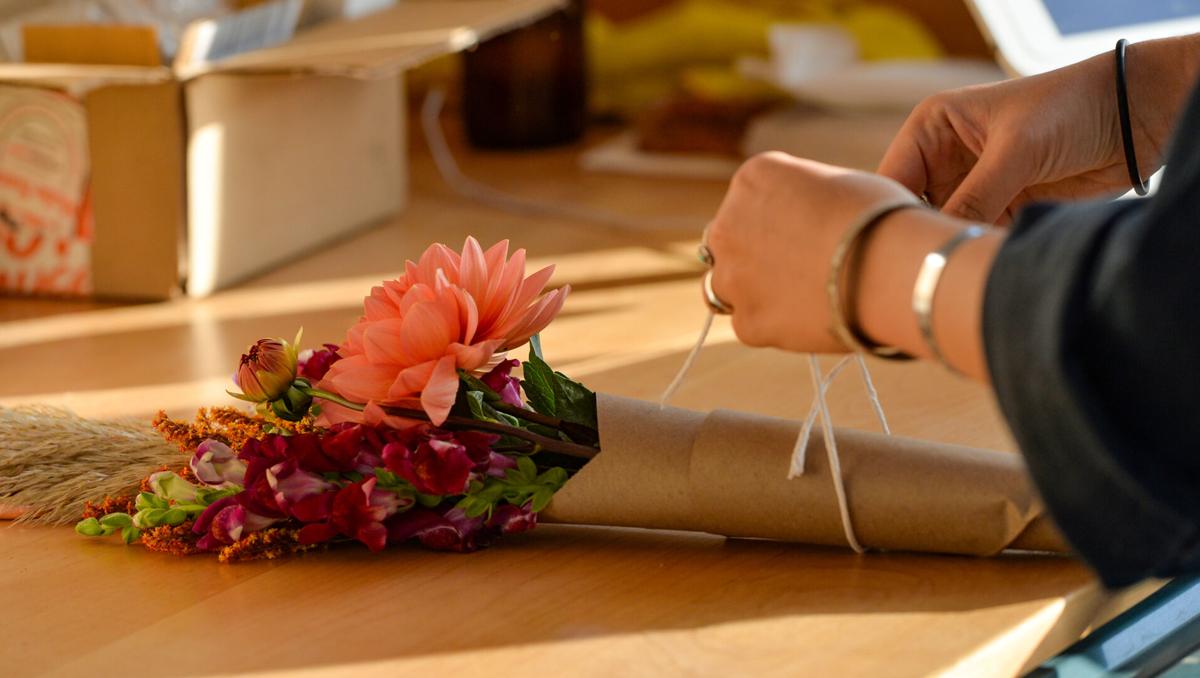 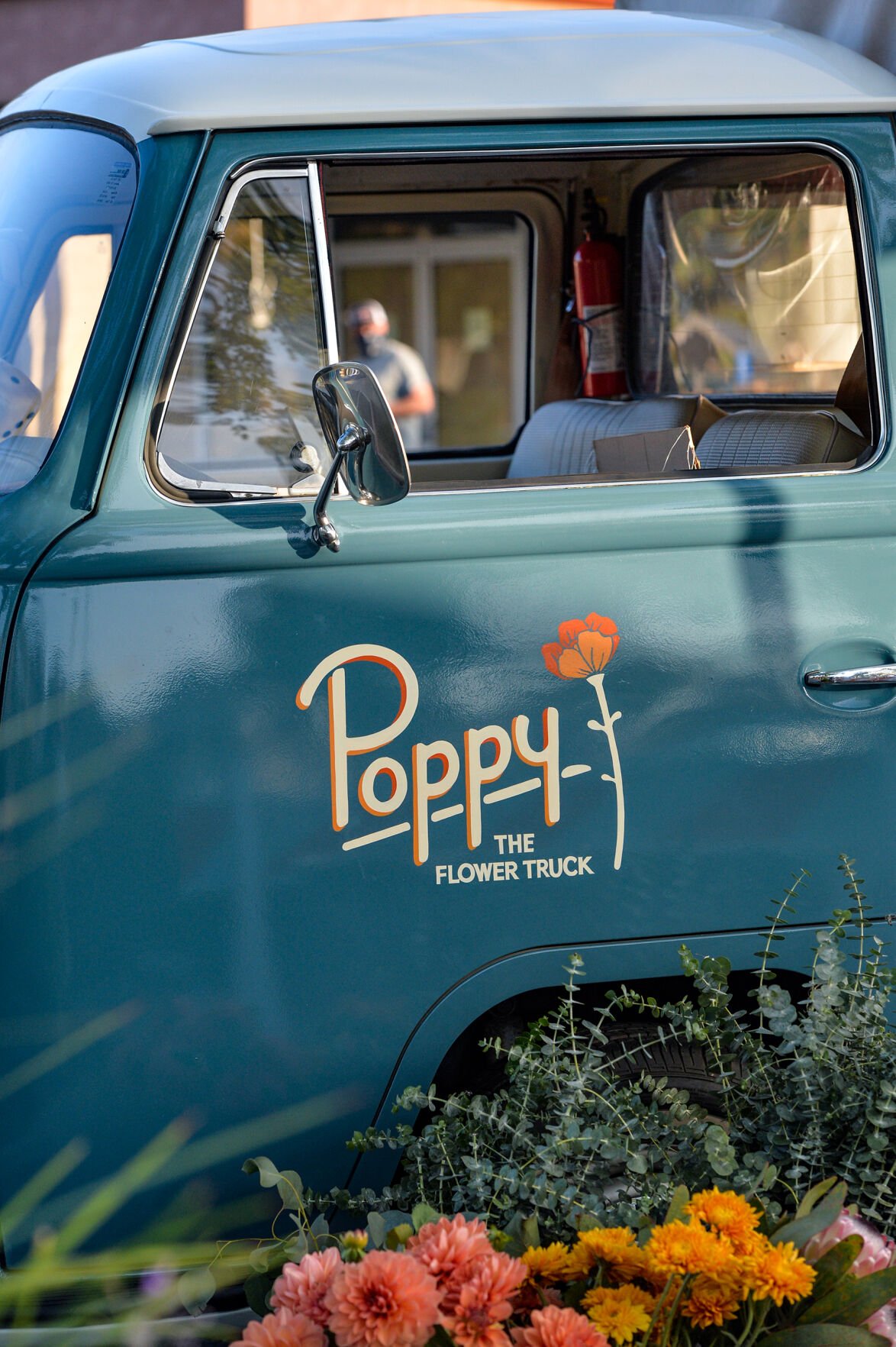 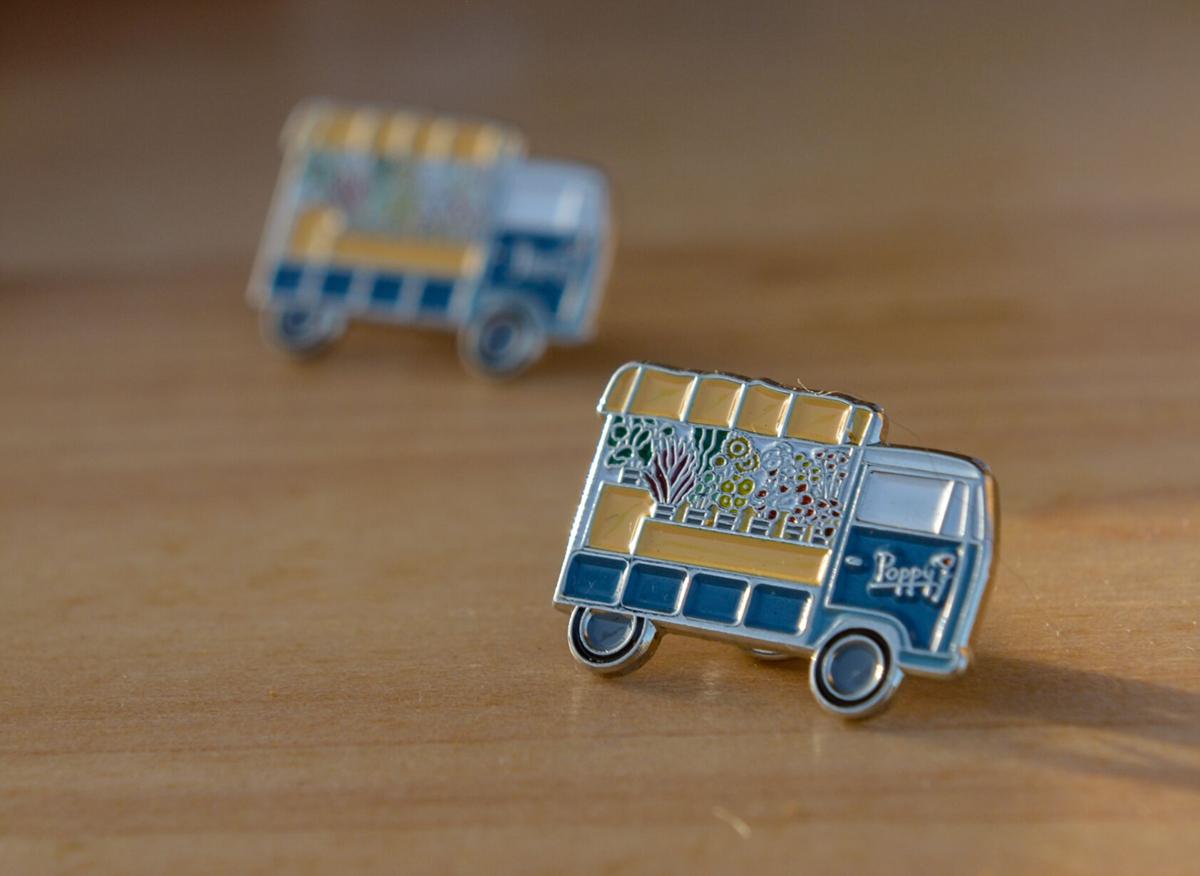 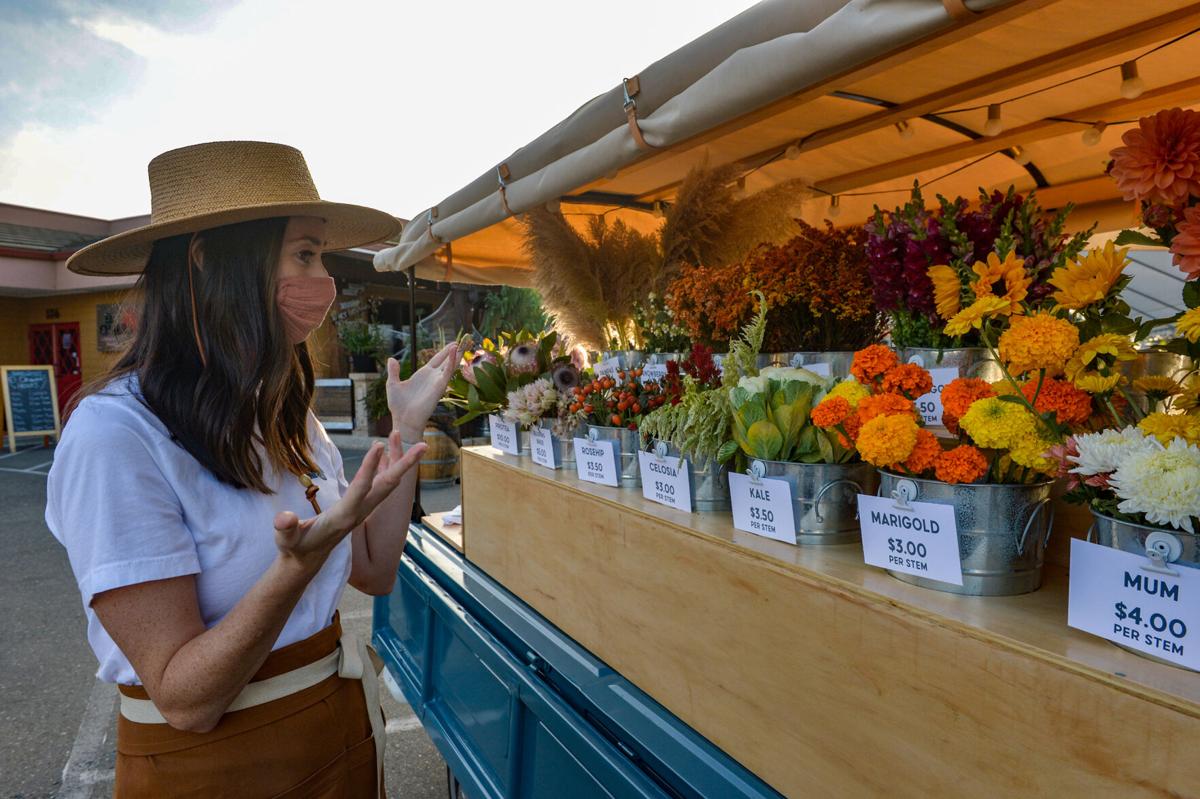 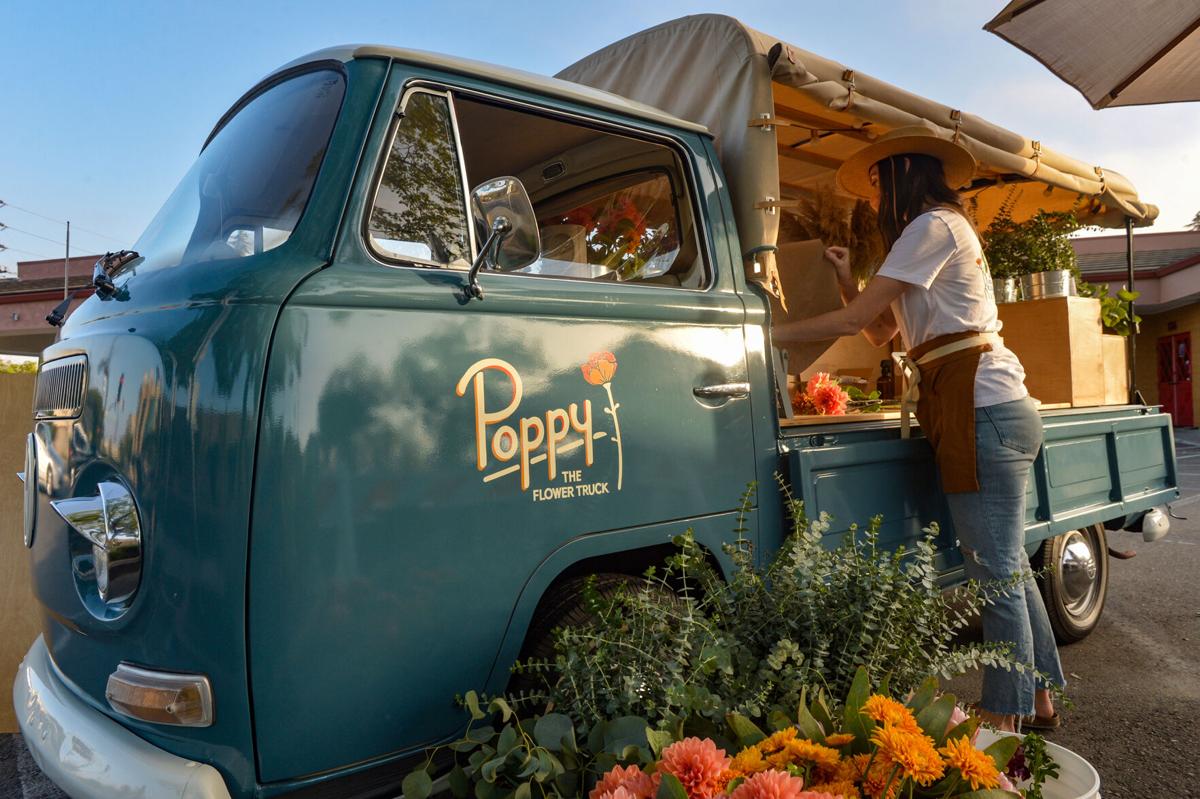 Tri-Valley residents have a new option when looking for fresh flowers for their home or office.

Poppy the Flower Truck sprouted into business in the midst of the COVID-19 pandemic and is flourishing at pop-ups all over town.

“Poppy is a build-your-own-bouquet flower truck,” explained owner Kristy Hootman. “Everything is priced by the stem, so you can make whatever kind of bouquet you want, whether you want one kind of flower or you want to do a mixture, or even just a single flower.”

Hootman purchased Poppy – a 1969 Volkswagen Transporter – on eBay. She had seen similar flower trucks emerging across the country and decided to jump feet-first into the growing trend.

“I always just thought the flower trucks were so cute, and I feel like Livermore needs one,” Hootman said, noting she has lived in town seven years. “I think people like that there’s something to do that’s outside and safe.”

Hootman parks Poppy at various spots around the Tri-Valley, most often at Story Coffee in Livermore and the San Ramon Farmers Market. She said she enjoys helping her customers flex their creative muscles by making a customized bouquet out of her seasonal selection.

“It’s been super fun,” Hootman said. “A lot of people are really shy when they come up, they want me to just make the bouquet for them. So I kind of push them to tell me their favorites, and they get into it. And it’s been fun watching people be creative, and I’ve learned you can’t make an ugly bouquet. It just brightens people’s days, and I think we all need that right now. And who doesn’t like fresh flowers in the house they’re sitting in all day?”

Courtney Franco is one of Hootman’s best friends and best customers. Franco likes to pick up flowers when Poppy is parked outside of Story Coffee, so she can get her morning caffeine fix and stock up on fresh blooms.

“I love it. I think it was the perfect thing in 2020 to have something that was fun and new and exciting, and who doesn’t love flowers?” Franco said. “It’s just a really creative activity. Kristy has a great selection of flowers . . . they are different and seasonal from local farmers.”

Hootman partners with Dutch Roots farm in Ripon and the San Francisco Flower Market to keep her selection bright and unique. She makes an effort to offer more than the floral departments at the grocery stores, so her customers come away with something special.

“During the summer, I had a lot of dahlias and ranunculus, I had peonies for a few weeks people were really into, but it’s all seasonal,” she said. “I get a few dry things now that the season is ending, and I also try to get some crazier, rare things from the San Francisco Flower market.”

This business venture took Hootman outside her comfort zone in terms of work experience, but she was looking for something that would allow her to still spend time at home with her young daughter. She said she has always enjoyed creative endeavors like photography and floral arrangements, so this felt like a good fit. Her husband, Peter, works in marketing, and she has pulled on his expertise to help Poppy get growing.

“I have learned so much in these last few months,” said Hootman. “I’ve always been a creative person, so it’s worked out really well, and it’s been really fun.”

As Hootman works on growing her business at pop-ups and small, private events – where her bouquets serve as a fun favor – she said she appreciates the community’s support of her small business. Her customers have enjoyed creating unique floral arrangements for themselves, and she hopes to be available even more in the future.

“I think it’s been really fun to see a business start during very tumultuous times when most business are questioning if they should still be open,” Franco said. “They’ve also done things in partnership with other small local businesses that have recently opened and had to be a very flexible about things and it’s been fun to see how the community supports each other. You get to enjoy the flowers and have a good feeling and like what you’re supporting.”