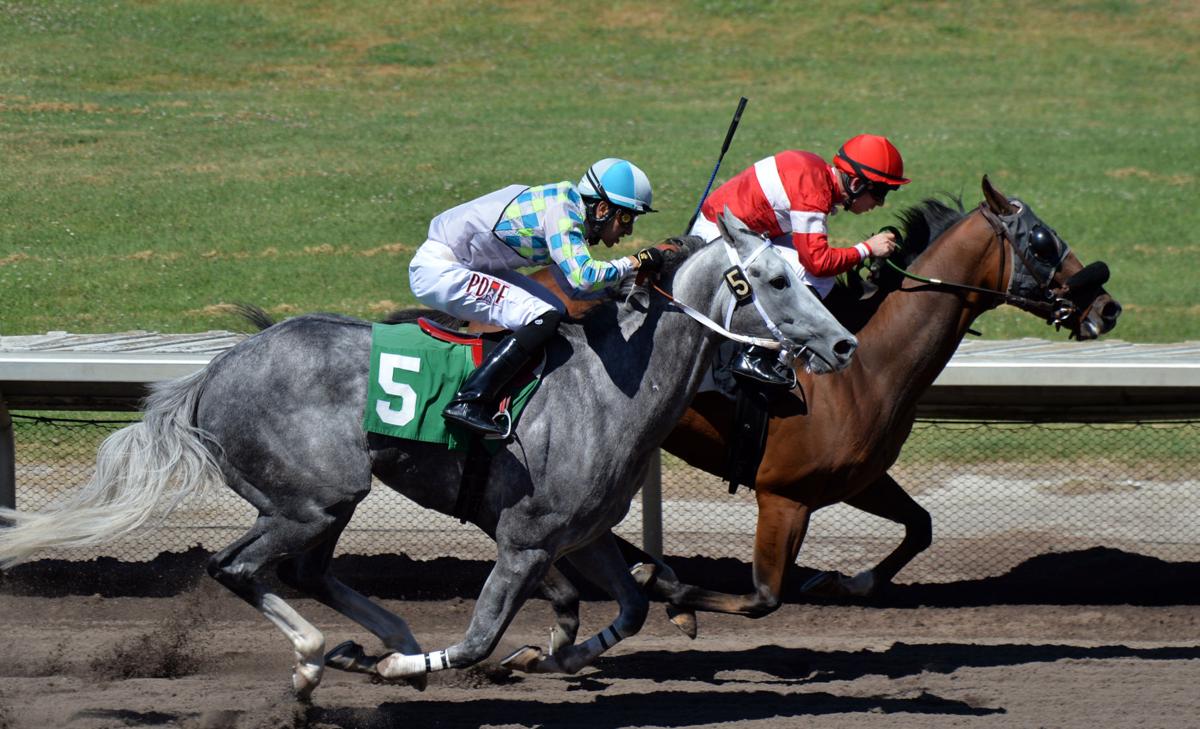 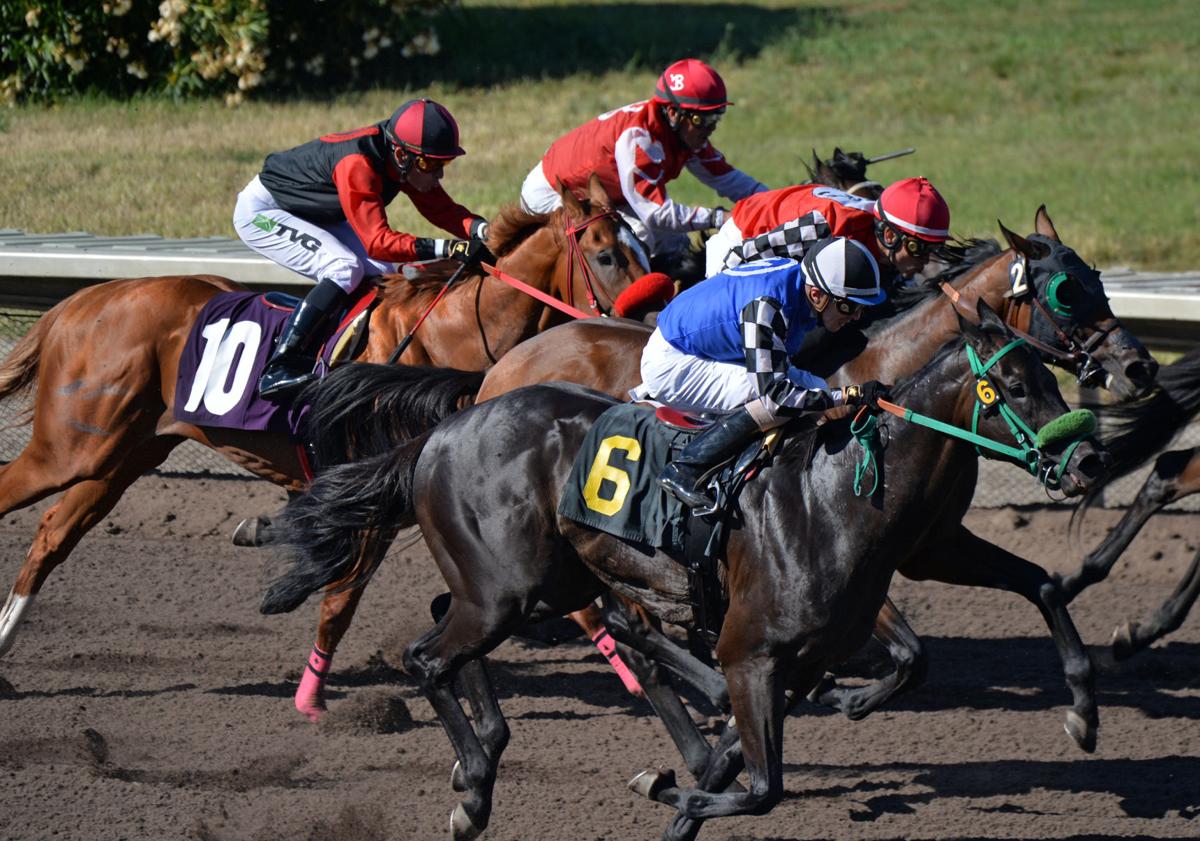 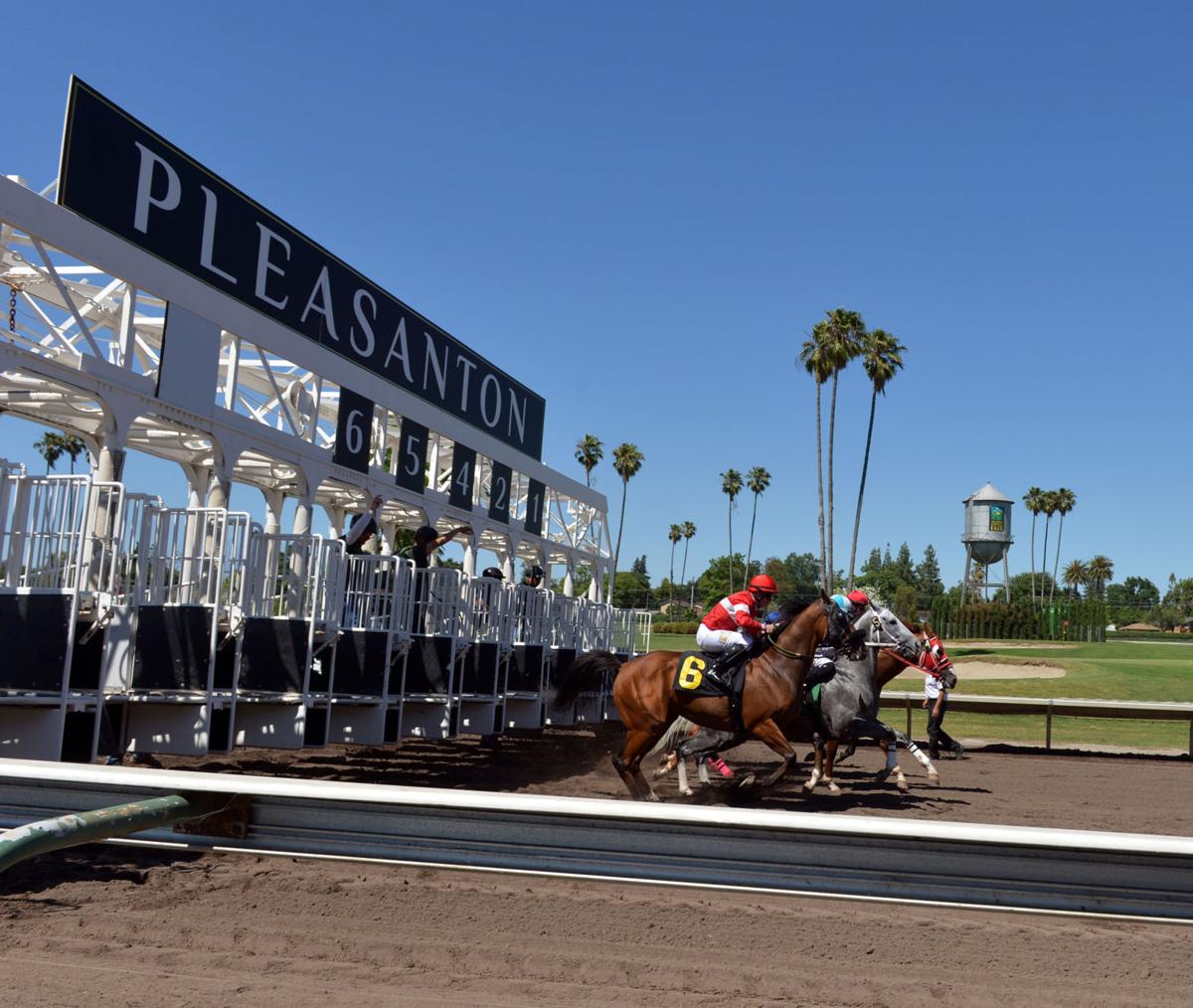 The California Horse Racing Board (CHRB) recently approved an amendment to modify the restriction of the use of riding crops.

Impacted on a local level by the change is the facility at the Pleasanton-based Alameda County Fairgrounds, the oldest 1-mile racing track in the nation. In addition to the new restriction, the CHRB announced a change of dates to upcoming Alameda County races, which will also be spectator-free.

During a teleconference on Thursday, June 11, the board – comprised of Chairman Dr. Gregory Ferraro, Vice Chair Oscar Gonzales and commissioners Dennis Alfieri, Damascus Castellanos, Wendy Mitchell and Alex Solis – enacted a rule prohibiting the use of a crop more than six times in the race.

According to a press release from the CHRB, this excludes simply showing the crop to the horse or tapping the horse on the shoulder. It prohibits using the crop more than two times in succession without giving the horse time to respond. Additionally, the rule outlines that a crop is to be used in an underhanded position, without it ever rising above the shoulders of the rider.

Before the vote was taken, members of the local horse-racing community called in to ask for more time in hopes that a national rule could be enacted.

“For well over the past year, The Jockey’s Guild has been involved in discussions, not only in California, but throughout the U.S., for both thoroughbred and quarter horse jocks,” said Terry Meyocks, The Jockeys' Guild president and CEO. “The guild and the riders need a national rule.”

Hoping for more discussion between the CHRB, the jockeys and other groups, Meyocks further stated the guild would like to request an extension of no more than four to six weeks to see if an agreement on the riding crop in the U.S. could be reached.

However, some members of the CHRB did not feel that a national rule would be quickly forthcoming.

“We recall the starting point and why it was that we had to revisit the riding crop issue … for safety reasons only,” said Oscar Gonzalez, CHRB vice chairman. “It was the Office of Administrative Law that actually did not allow (the CHRB rule) to go forward. So, part of the delay has gone beyond many people’s control, and the possibility of that same thing happening needs to be avoided. It is for that reason that I feel we have to get this right.”

“For the CHRB staff, this rule is our rule – we’re very proud of it, and everyone has worked very hard on it,” he said. “The idea about a national standard is not a thing. It just doesn’t exist. I guess we’re talking about some agreement between The Jockey’s Guild and the Safety Coalition. But that’s not a national standard – that’s just an idea that some group of the country had. It would require every other state to pass the rule, which just isn’t going to happen.”

Those present during the meeting expanded on the reasons the new ruling created a safety hazard for riders. They noted that limiting the number of crop strikes might cause the rider to hold back on adjusting the horses’ side-to-side position while racing, which could result in the horse edging into the wrong lane and possibly into another horse. The rule put forth also allowed the jockeys to use only a crop with a cylinder popper, which has been met with criticism from the guild. Jockeys who had used it during racing have said that many broke at the tip and that poppers fell off during races, in addition to the crop itself being difficult to use when switching hands.

“We’re concerned that it’s not going to work, and that there’s going to be real safety issues when a jockey is unable to perform his or her job,” said guild attorney Shane Gusman. “Either a jockey is going to get hurt or a horse is going to go down. You’re going to end racing in California. It’s just going to happen if you go down this road of trying to regulate perception rather than reality.”

After the vote was taken and the restriction passed, The Jockey’s Guild released a press statement outlining its displeasure with the result and calling the CHRB’s decision a move to pacify “radical animal rights organizations.”

“The Jockeys' Guild is extremely disappointed by the actions taken by the California Horse Racing Board with regards to the riding crop, specifically restricting the use of the riding crop to six times in the underhanded fashion throughout the entire race, as well as restricting the type of riding crop that can be used,” states a press release from the organization. “The industry has a long history of disrespect for jockeys, going back many, many decades. That prevailing attitude was the main reason for the formation of the guild in 1940. Incredibly, that disrespect continues to this day, as evidenced by the CHRB and the chairman failing to engage jockeys and the guild in any meaningful dialogue. To completely ignore the pleas of the professional jockeys and the guild (and) moving forward to adopt the two rules presented Thursday, which are both unsafe and jeopardize the integrity of the sport, is a dangerous precedent.”

In addition to the hotly contested rule, the board also approved a 45-day public notice of new specifications for the construction of riding crops. An amendment will require all riding crops to be topped by shock-absorbing, smooth foam cylinders, which are demonstrated to b7

The CHRB press release indicated that the COVID-19 heath crisis has disrupted racing and Alameda County Fair operations in Northern California, forcing the board to reallocate dates and approve modifications to racing license applications only for the year 2020. In a compromise supported by racing and fair executives and designed to meet health protocols, the board approved a revised racing and simulcasting calendar as follows.

“At this time envisioned without spectators, the current meet at Golden Gate Fields will conclude (both racing and simulcasting) on June 16,” the board stated in the release. “From there, racing and simulcasting will move to Pleasanton for the Alameda County Fair meet (June 17 through July 14), continue at Pleasanton for the relocated State Fair meet in Pleasanton (July 15 through July 28), move back to Golden Gate, initially for the relocated Sonoma County Fair meet at Golden Gate (July 29 through Aug. 11), continue at Golden Gate with its own meet (Aug. 12 through Oct. 6), proceed to Fresno for the Big Fresno Fair meet (Oct. 7 through Oct. 20), then finally conclude at Golden Gate (Oct. 21 through Dec. 22). The precise racing dates for each meet (within those allocations) will be determined by the individual license applications. All meets will operate with protocols approved by their county health officials. Golden Gate will continue to provide stabling during the Alameda County and Fresno fairs.”

According to the press release for the meeting, other actions taken by the board include:

- Suspending Rule 1845(h) during the Del Mar meet, which required that syringes used to administer furosemide on race day be retained.

- Approving a regulatory amendment requiring individuals to hold an assistant trainer license in good standing for one year as a prerequisite for a trainer license.

- Adopting a rule strictly limiting the use of extracorporeal shock wave therapy (ESWT) on racehorses. The new rule prohibits any horse from racing or participating in timed workouts in the mornings within 30 days of such treatment. As is currently CHRB policy, ESWT can only be administered in clearly designated areas, and each treatment must be carefully documented. Furthermore, no horse that received ESWT elsewhere within the previous 30 days can be brought onto a CHRB-regulated facility without prior approval of the Official Veterinarian. Extracorporeal shock wave therapy is otherwise permitted within the restrictions of the regulation. Violations of the regulation will carry a Category A penalty, which is a minimum one-year suspension and $10,000 fine.

- Permanently adopting the existing emergency regulation allowing the board to suspend a race meet license when necessary to protect horses and riders.

For more information or to listen to the audio recording of the meeting, visit www.chrb.ca.gov.