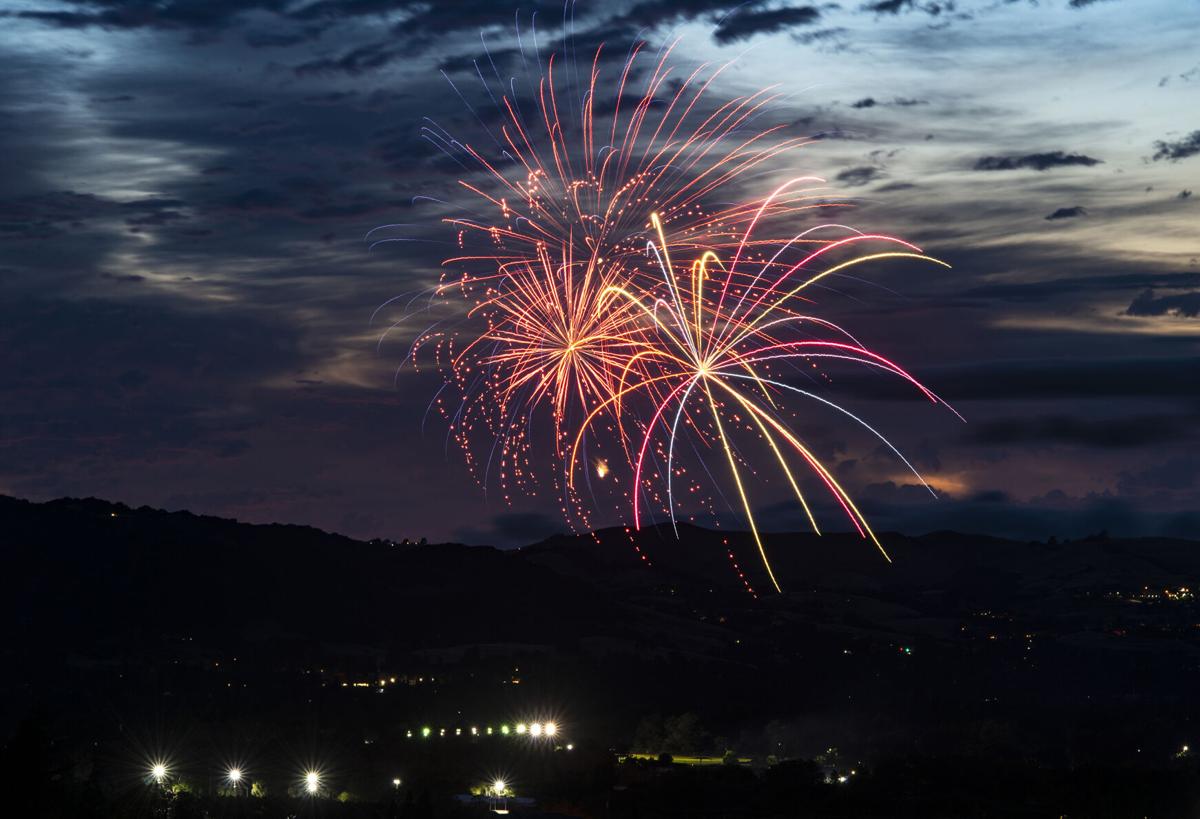 The Pleasanton Unified School District decided to host a sparkling show of fireworks at the fairgrounds on May 29 to celebrate its graduating Class of 2020, which missed out on many rites of passage this year. (Photos - Doug Jorgensen) 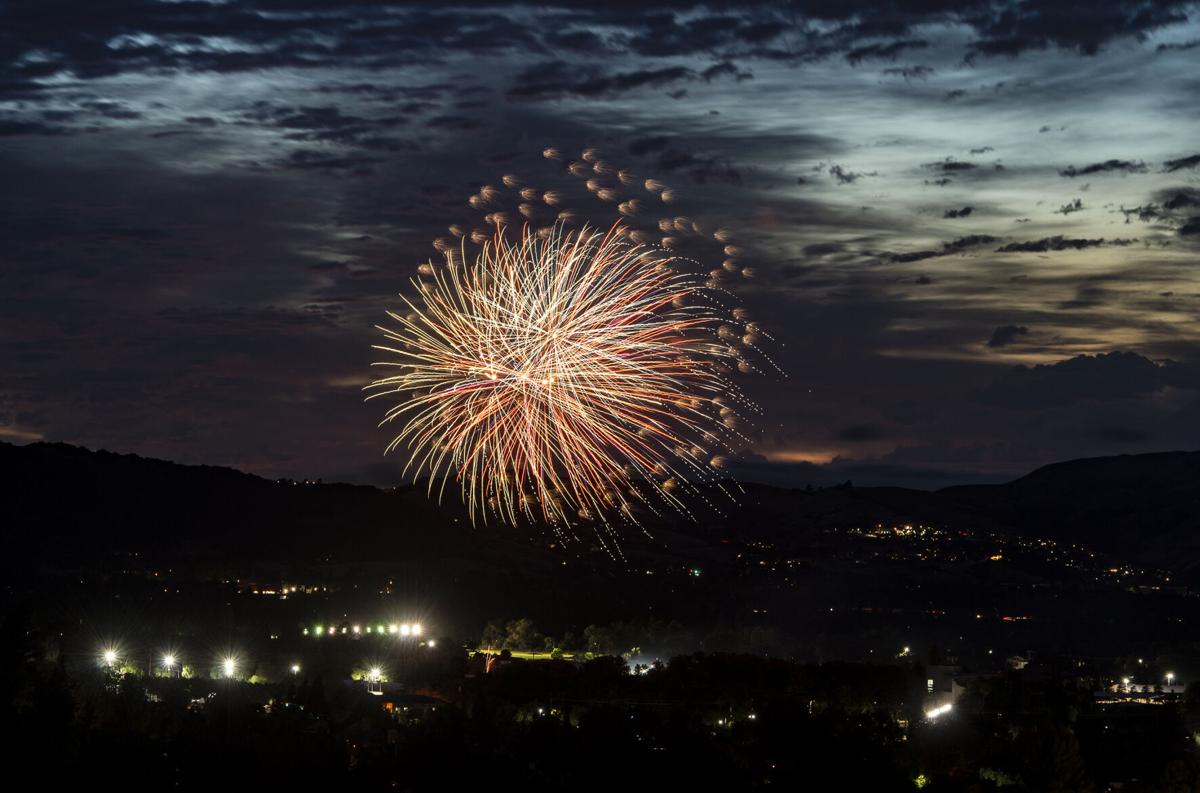 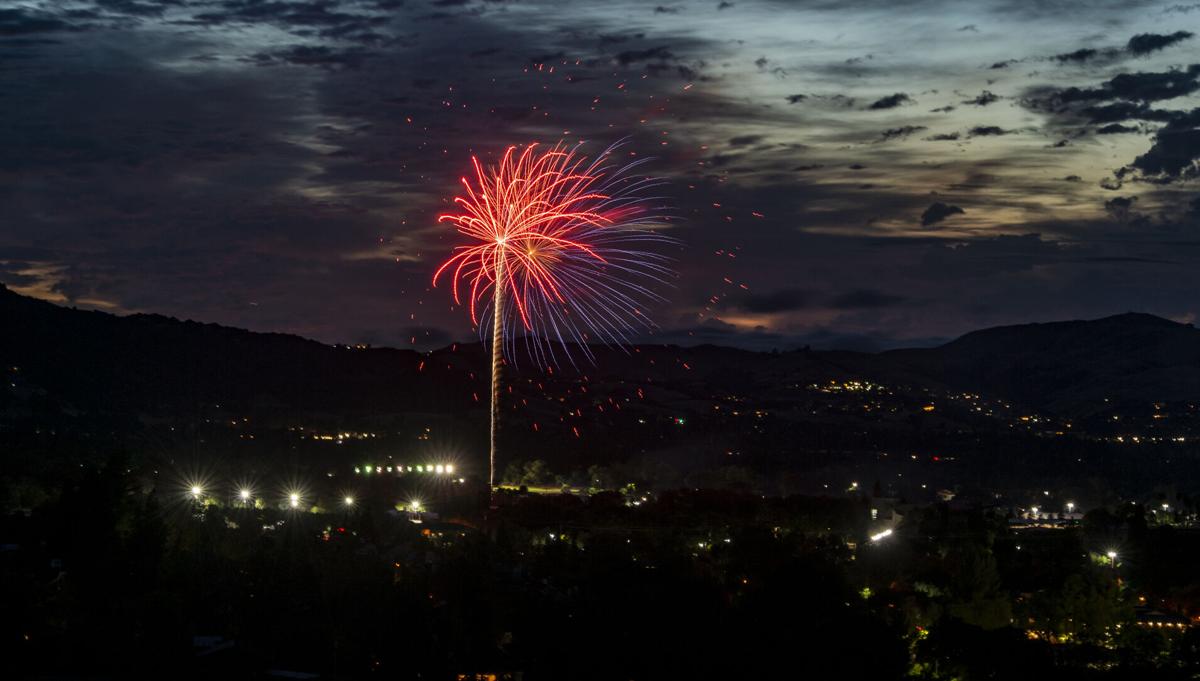 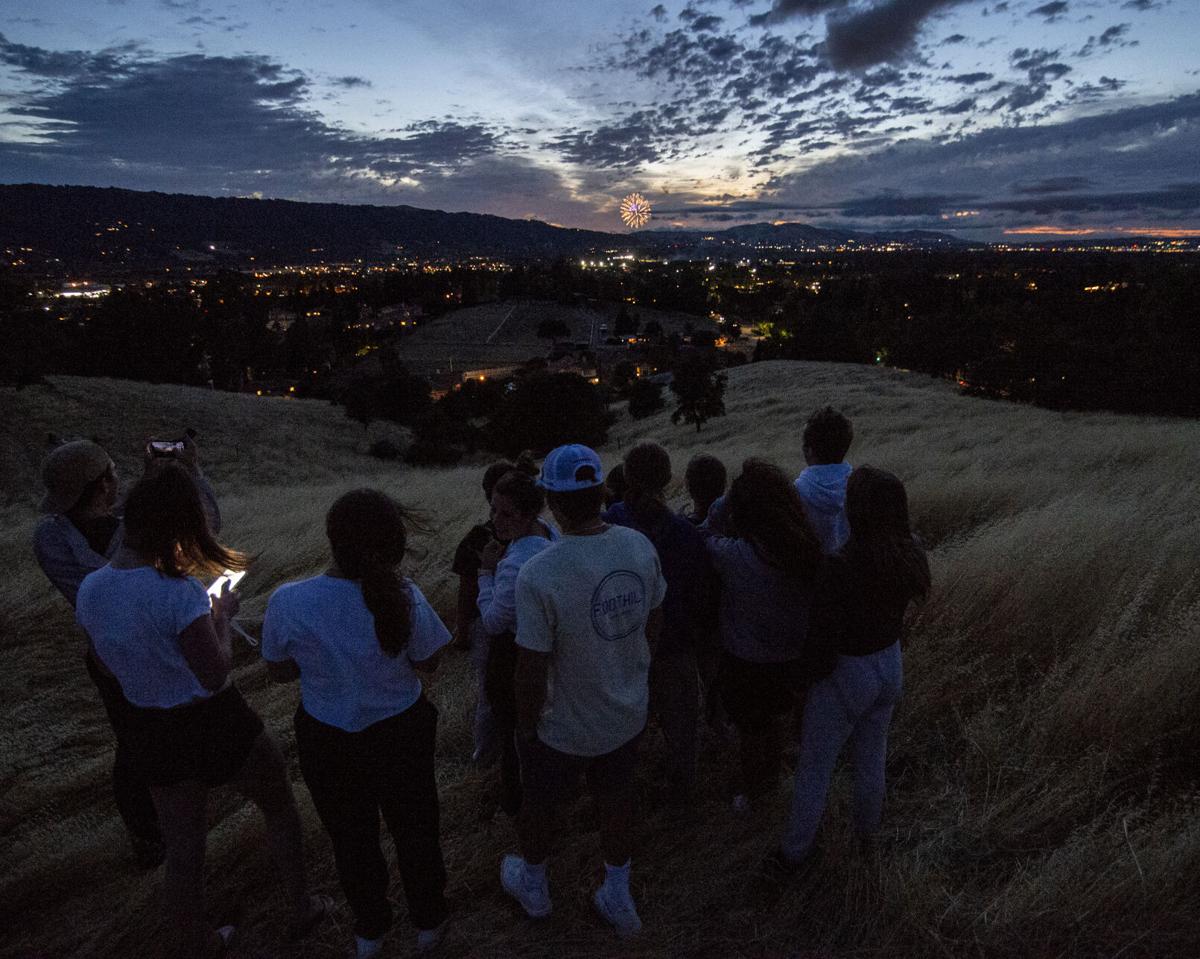 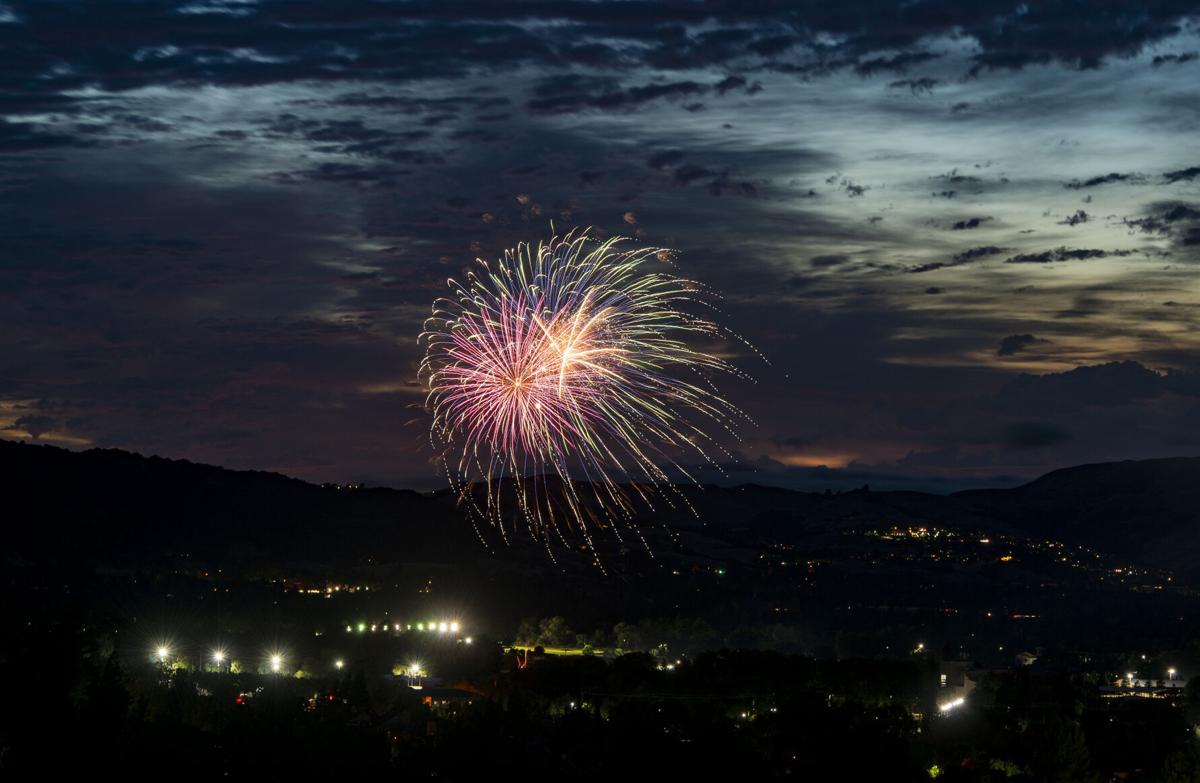 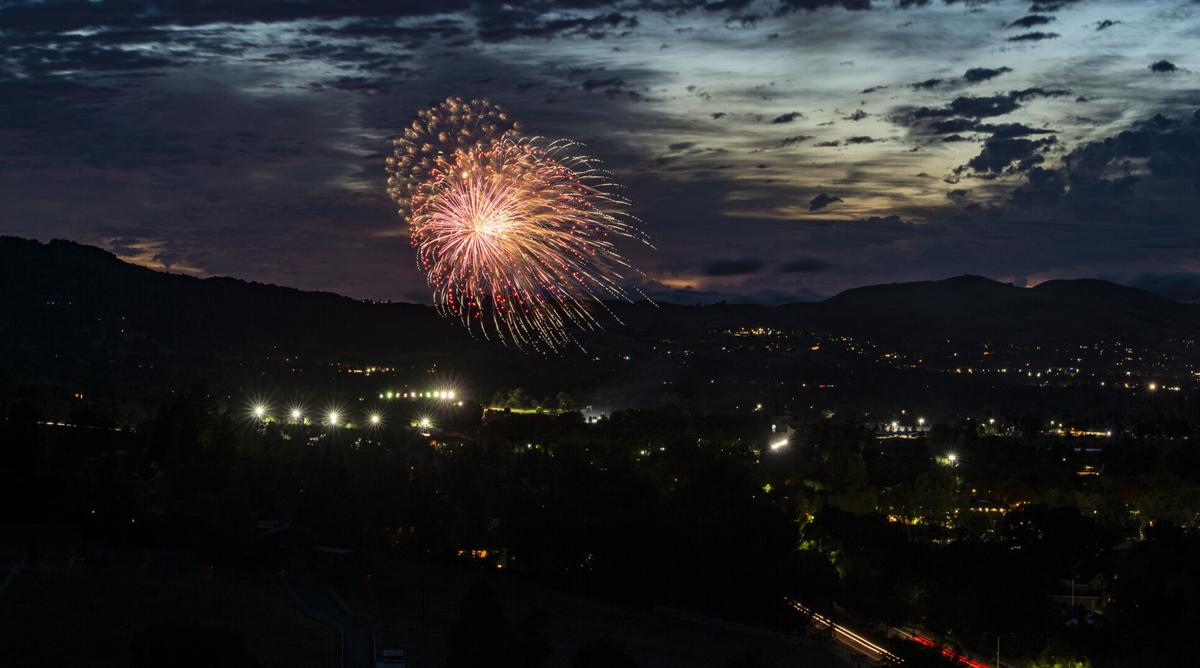 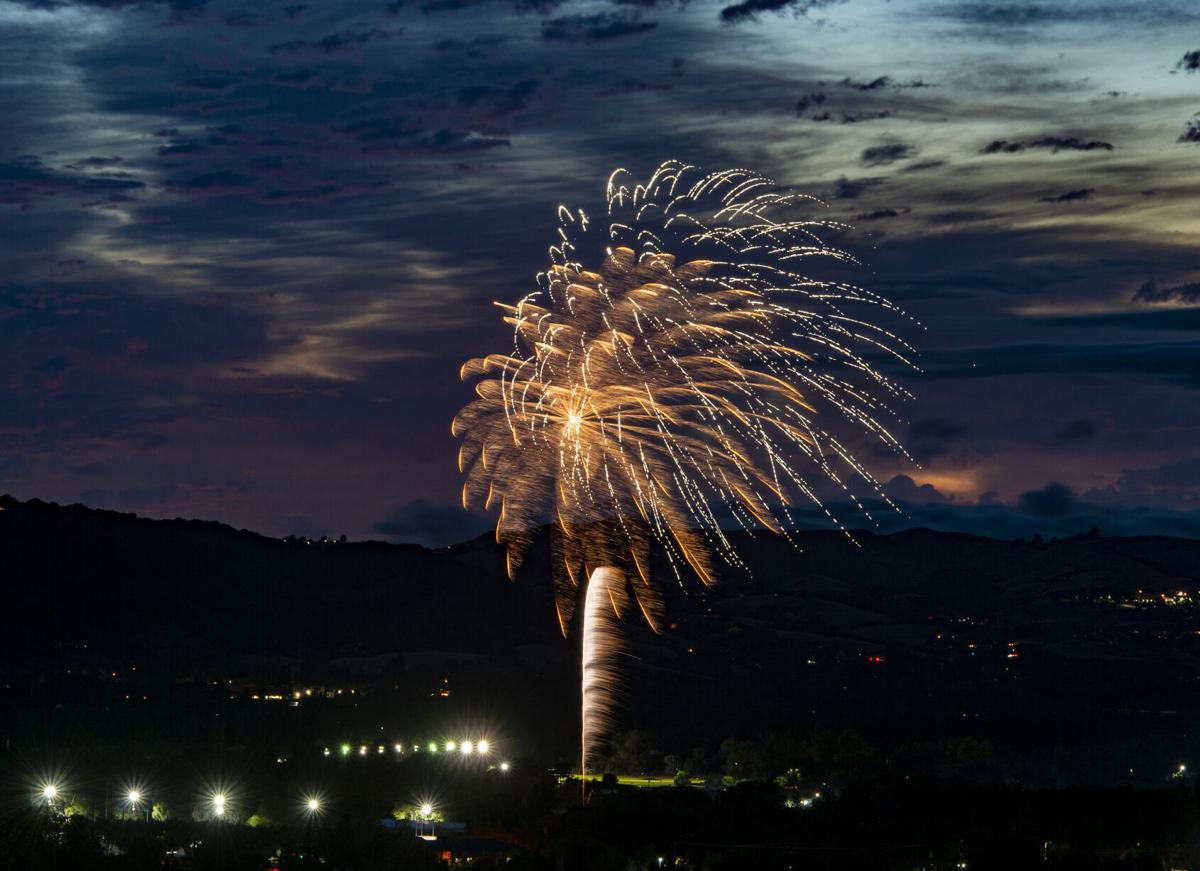 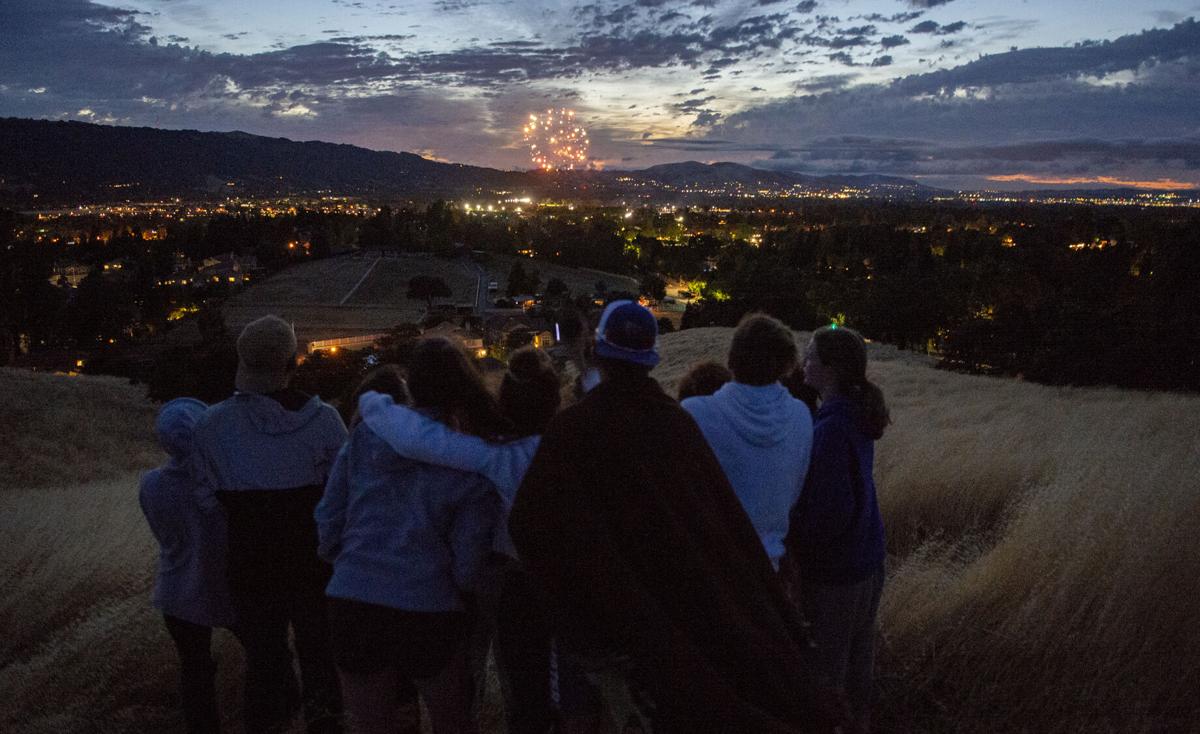 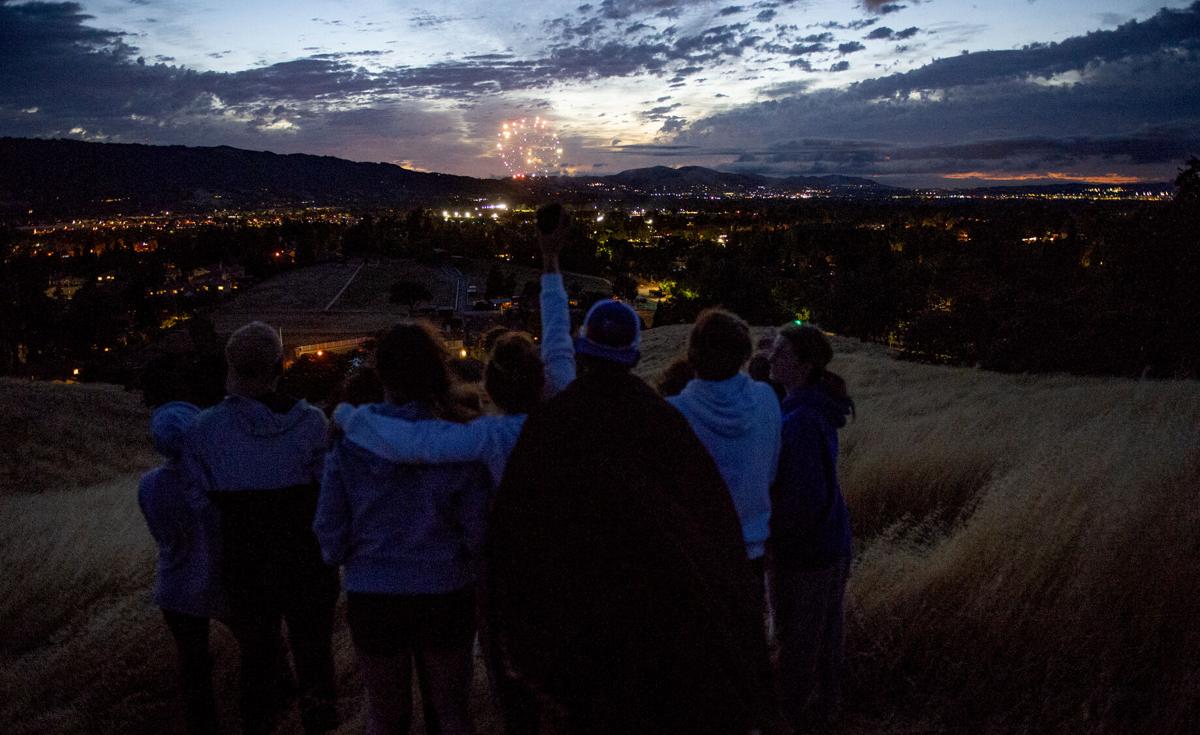 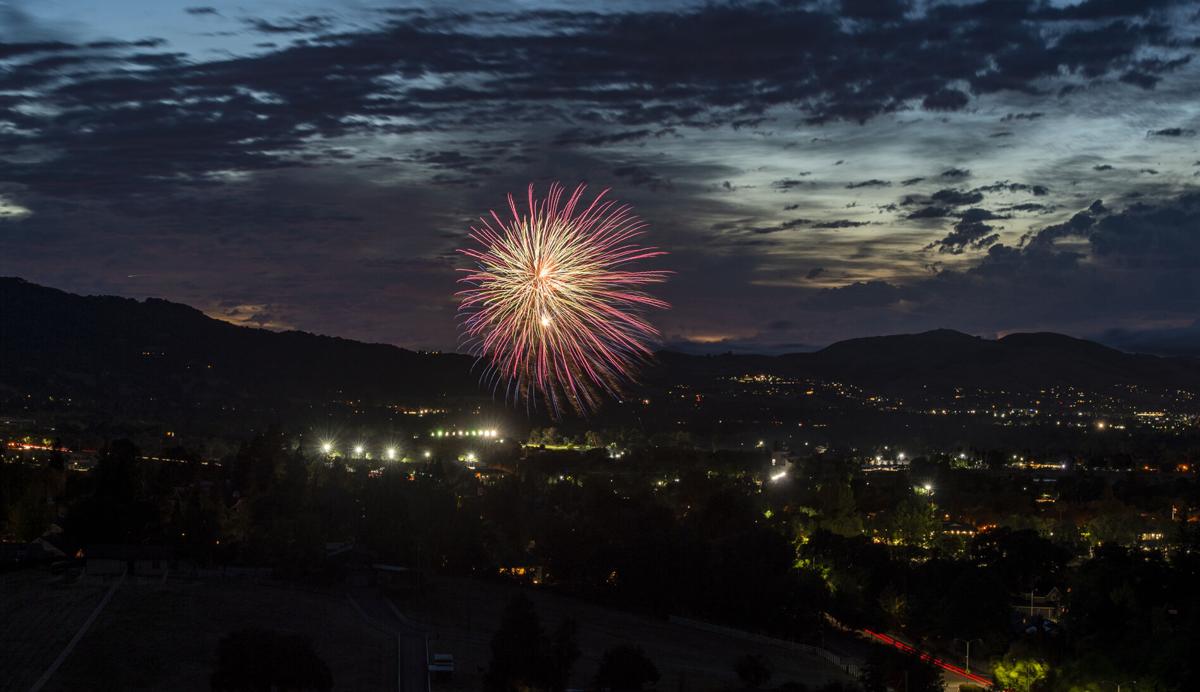 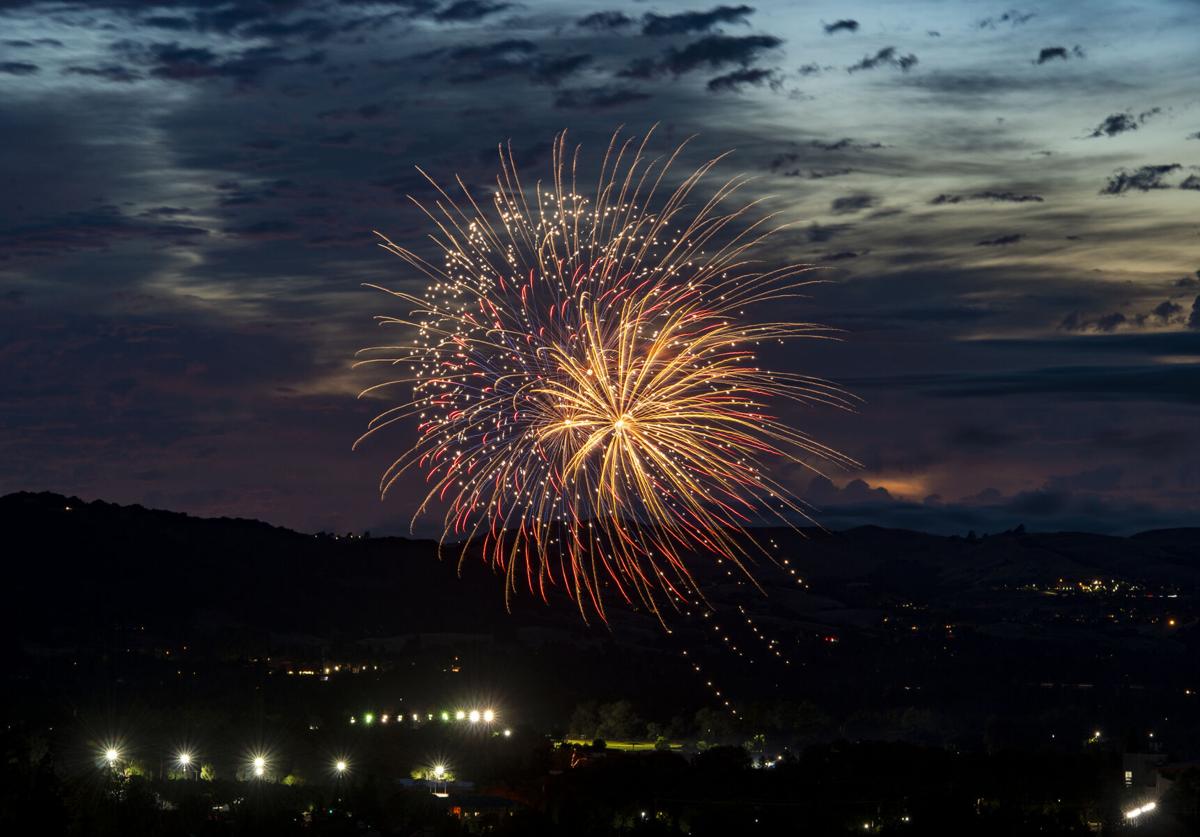 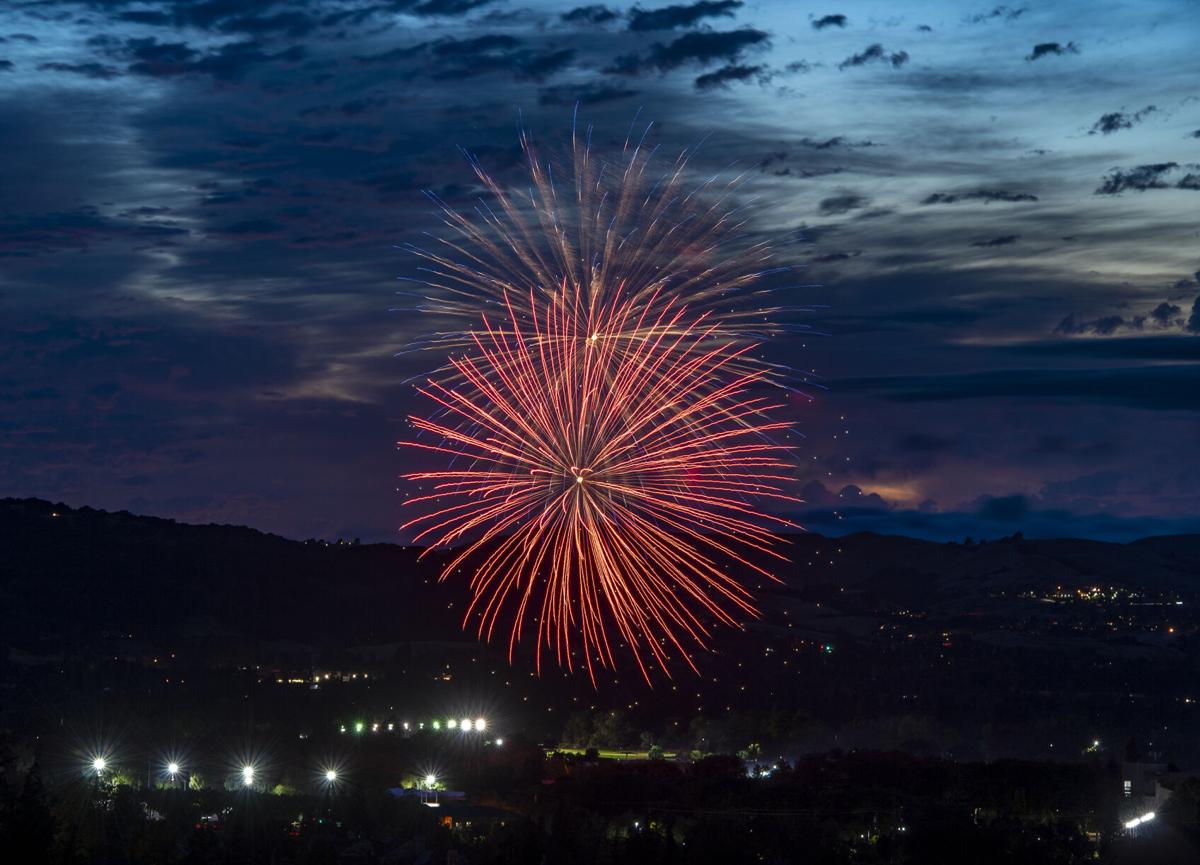 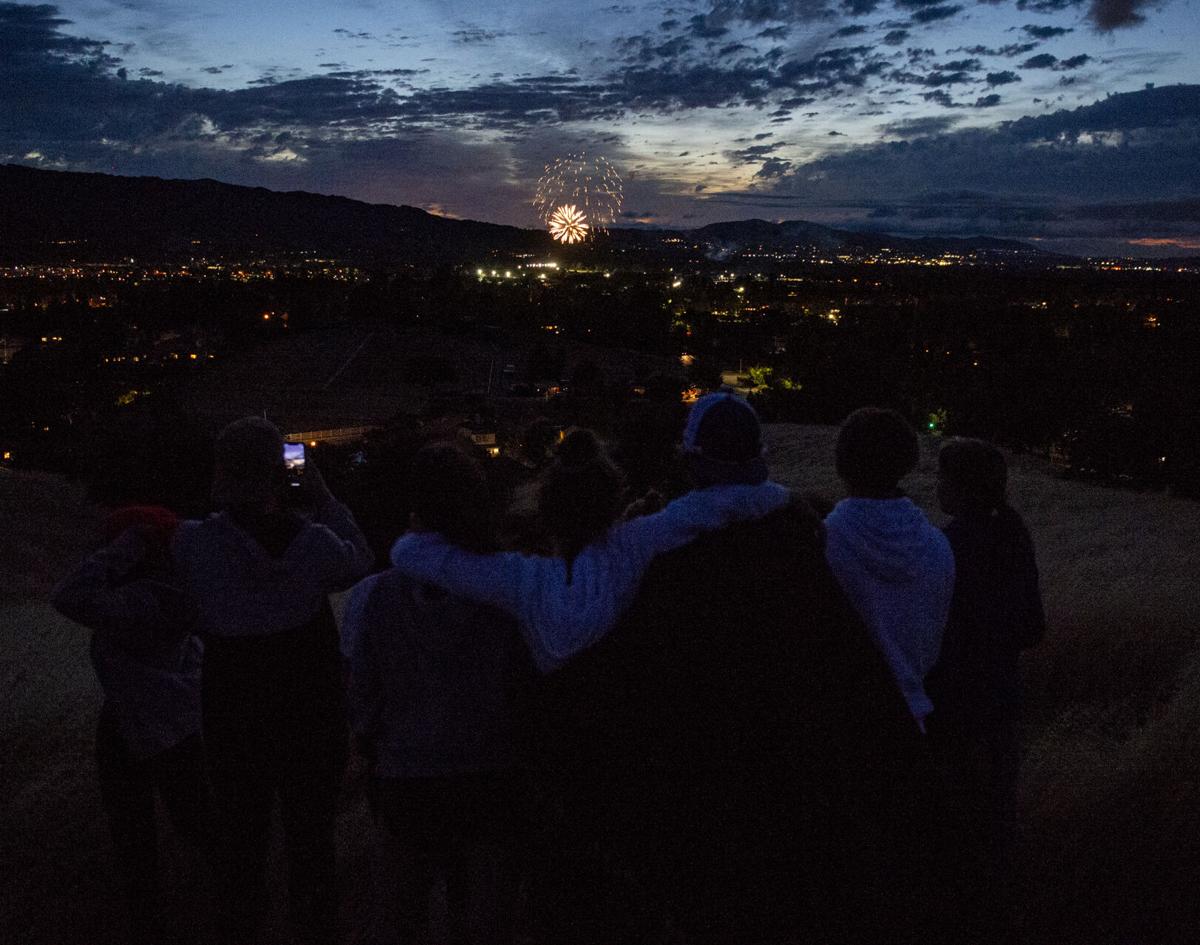 The Pleasanton Unified School District decided to host a sparkling show of fireworks at the fairgrounds on May 29 to celebrate its graduating Class of 2020, which missed out on many rites of passage this year. (Photos - Doug Jorgensen)

This year’s high school graduation class has missed out on events many consider rites of passage.

As June slips by and summer takes over, area high schools are making a strong effort to send their students off in socially distanced style, and the community stepped up to help.

In Livermore, Superintendent Kelly Bowers of the Livermore Valley Joint Unified School District (LVJUSD) said this year’s class has been in the spotlight since kindergarten.

“When we realized they were the Class of 2020, we took a picture (in kindergarten), and we don’t normally do that,” said Bowers. “We were just thinking of the future, and we took the same picture again this year. All the kids in the second picture are in the first one.”

Bowers further noted this year’s class includes the children of three LVJUSD board members, making this board of trustees one that especially understands the current challenges facing both parents and students.

In their effort to make their seniors feel special, both Granada and Livermore high schools planned graduation ceremonies that took place over three days, allowing students and their families to choose a time slot to walk onstage and receive their diploma. The three days culminated in a virtual streamed ceremony for both schools.

“I’m really proud of these students,” Bowers said. “They have a lot of class and grace, and they are imaginative and gave input about what we could do, focusing on what can we do to make this special and commemorative, rather than dwelling on what they missed out on. And that takes a lot of resilience and grit, which are character traits we focus on.”

Further west, Dublin Unified School District hosted its virtual graduation ceremonies at the end of May. The district also celebrated students earlier in the month by hosting a drive-thru awards ceremony and honoring students who have received college scholarships. Superintendent Dr. Dave Marken said he was proud of Dublin’s senior class entering the next phase of their lives, adding he expects the resilient group to be highly successful.

“Although this is a bittersweet end to their academic careers in Dublin, it is also a triumphant culmination of years of hard work,” Marken said. “The challenges, victories, friends, mentors, setbacks, tests, teachers, essays and moments of parental support have formed incredibly capable young adults, ready to overcome whatever obstacle the world places in their path.”

Pleasanton also chose a virtual ceremony to send off its senior class. The district and city pooled their resources and capped the event off with a fireworks show launched from the Alameda County Fair Grounds and twice as high as the Fourth of July fireworks. The increased height gave the show increased visibility from homes in the area to discourage large gatherings. The fireworks were streamed online and aired on local television.

Superintendent Dave Haglund of the Pleasanton Unified School District said the senior class has faced current challenges with aplomb while continuing to move forward in their lives.

“They were asked to walk away from all the typical things a senior would experience,” Haglund said. “It almost sounds silly, but it’s not. There’s a fair amount of grief they are going through – having to let go of these rites of passage they’ve been looking forward to for so many years. They’ve been asked to persist, and they know they need to, because they have future plans they need to meet.”

Haglund said the senior class is a unique and tough group, coming into the world on the heels of the 9/11 terrorist attacks and now graduating amidst a pandemic paired with social unrest.

Residents driving through the Tri-Valley can see efforts made by community to place yard signs and send messages of encouragement to the outgoing high school class. Local businesses and private citizens have come forward, funding mementos and continuing the spirit of strong community prevalent in the among the three cities.