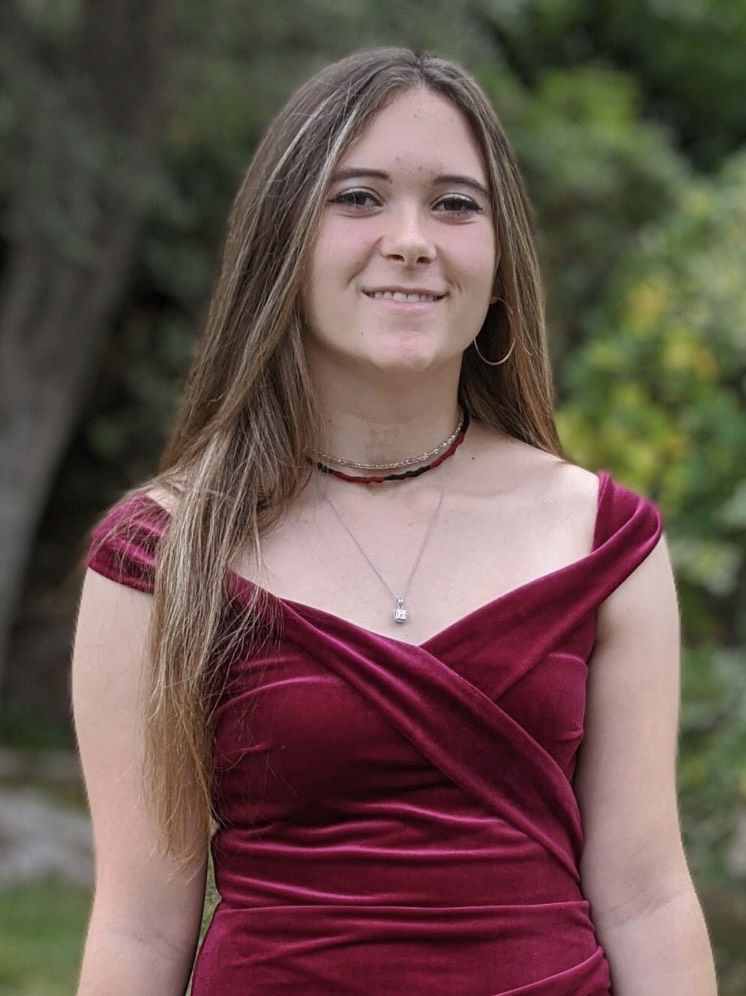 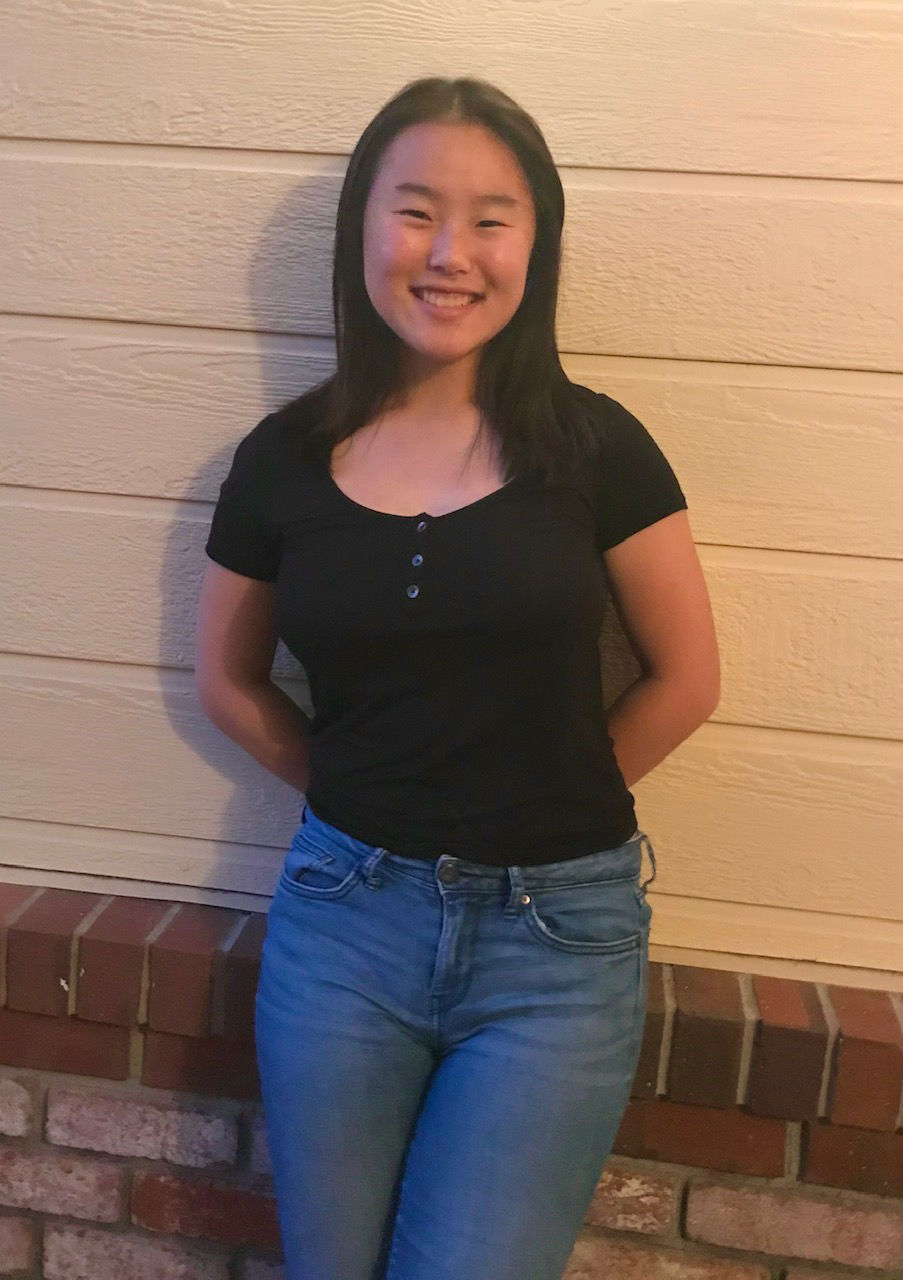 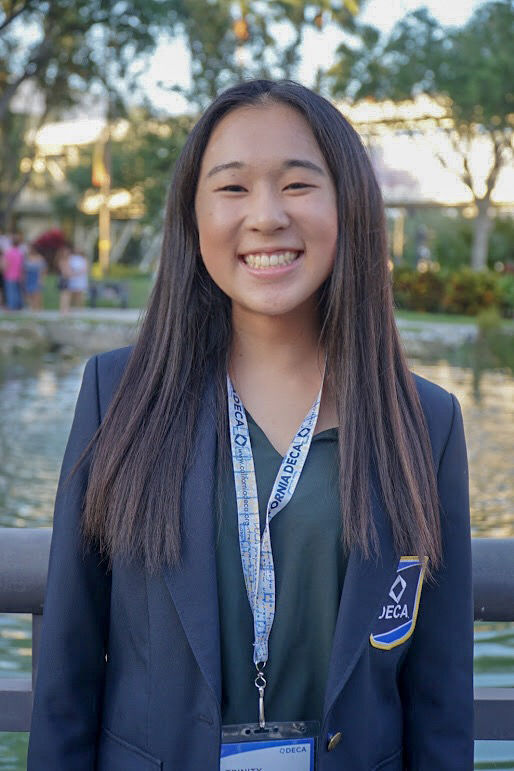 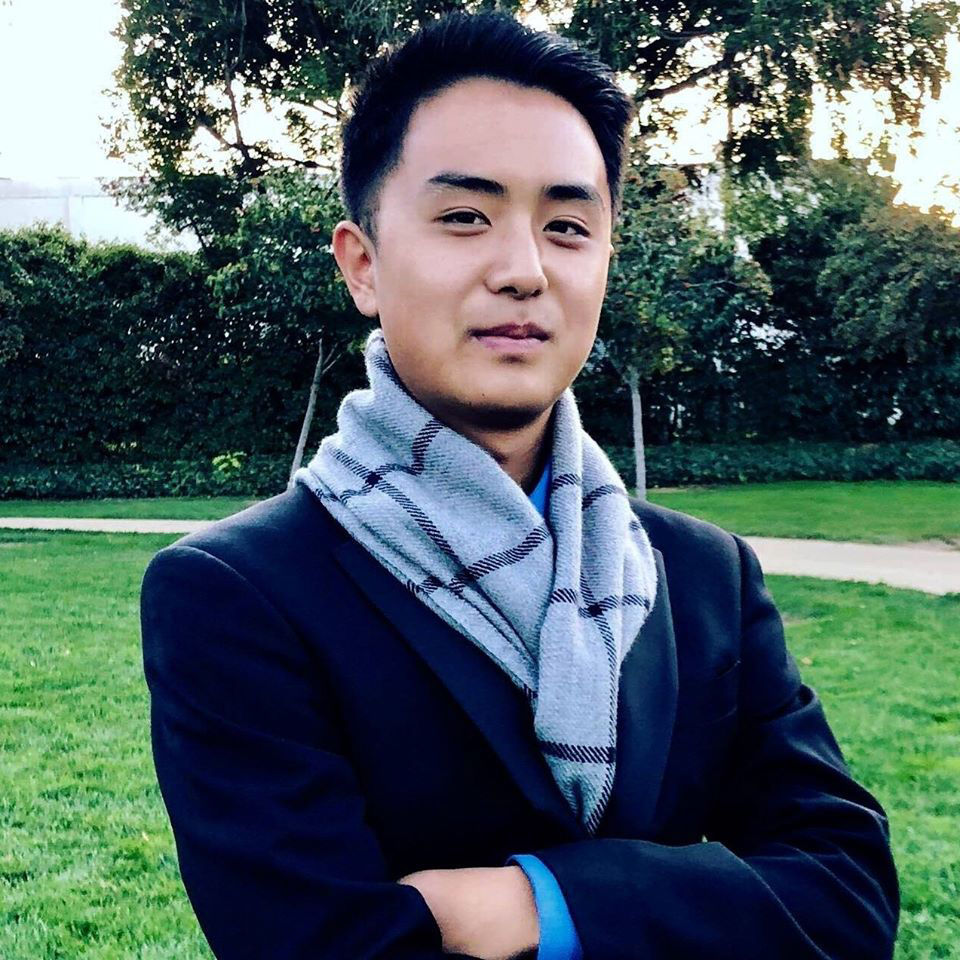 Four high school seniors have been selected by the Community of Character Collaborative as recipients of the 2019 Juanita Haugen Memorial Scholarship. Applicants were required to explain how their actions have reflected any or all of the six characteristics adopted by the Pleasanton Unified School District, City of Pleasanton, the Pleasanton Chamber of Commerce, and other faith and organizations: compassion, honesty, respect, responsibility, integrity, and self-discipline. These values are often represented through their service and community involvement.

The scholarship was created to honor the memory of Juanita Haugen, founder of the collaborative, who died in 2007 due to cancer. Mrs. Haugen was a former president, not only of the local school board, but also of the California School Boards Association. Students from each of the Pleasanton high schools’ graduating classes are eligible to apply for one of the annual awards.

Olivia Ferrari is a senior at Amador Valley High School. Her parents are Jason and Diane Ferrari. Olivia is who she is today because of her family, faith, and hard work. Her family taught and passed on a legacy of strong values, morals, and character traits. Working at Meadowlark Dairy, she learned responsibility and the value of working hard. Regarding Compassion, she stated in her application, “A group I felt compelled to show love to are those with special needs. Dylan, a non-verbal quadriplegic, has been my friend since I was five years old. I interact with him, celebrate him on his birthday, and remember his needs. Recently, we helped surprise him with a ramp to his home with the help of a local company. The look in his eyes just from reaching out has been life changing.” Her experiences with her special needs friends inspired her to join “Night to Shine”, a prom-like event for those with special needs. At school, her lunch table once had six friends. Now, they invite new friends and even strangers to sit with them, and their table has become a safe haven where all are accepted. She began passing out sunflowers to anyone at school who looked like they could use some sunshine.

Her volunteer activities include: Hively, Open Heart Kitchen, Night to Shine, Kids Against Hunger, Wreaths Across America, Blankets for Kids, knitting hats for premature babies, participating in “Adopt a Family”, raising donations for a local neonatal intensive care unit, and others. She has participated in the French Honors Society, Ukelele Club, Girl Up Club, Botany Club and held leadership positions since Elementary and Middle School, including leadership positions in youth programs of The Church of Jesus Christ of Latter-day Saints.

Jessica Luan is a senior at Amador Valley High School. Her parents are Shaofeng Luan and Jing Wu. Jessica was born in the small town of Rolla, Missouri, which was “small and slow as molasses”, but fostered a thriving multicultural community. Rolla helps Jessica to remember that with such enormous diversity in this country, you never know what you might learn from a seemingly simple community. As the oldest sister, she felt a sense of responsibility to be a good role model for her younger siblings, Ari and Max, and along the way she gained clarity on what being a big sister is really about.

When she started high school, she noticed that food scraps, paper, plastic bottles and all trash were thrown in the same gray bin. She wanted to make changes and joined the Environment Club, Local Leaders of the 21st Century, and the school’s Green Team. She learned firsthand that students could shape school policy and enact change. She overcame her fear of public speaking and began to participate in as many speaking opportunities as possible to promote environmental issues. She spoke at the Go Green Initiative’s Earth Day event, at Child Care Links, and other organizations and gained confidence as an environmental steward. Through her journey, she learned about taking responsibility for change and also taking responsibility over herself to become the person she wants to be.

Other activities include Taekwondo which teaches self-discipline, courtesy, perseverance, and self-control. She holds a black belt and has competed in national and international taekwondo tournaments. She conducted pharmaceutical science research at the University of Iowa, where her project was on optimizing gene delivery for bone cell growth. She was elected President of the Local Leaders of the 21st Century club, where she organizes and participates in service- and advocacy-oriented activities. She is a junior volunteer at Stanford ValleyCare hospital. She is also a four-year member of the Girls Golf team.

She is grateful to her parents who left their parents, their childhood friends, homes and native tongue to provide for their children a life better than the one they lived. She wishes to acknowledge that the sacrifices they have made have given her the chance to realize her dreams.

Trinity Chang is a senior at Foothill High School. Her parents are Sophie Liu and Eric Chang, who are both first generation immigrants from Taiwan. Since she was young, they have instilled the values of “work hard, be grateful, and give back”, words which have become her core beliefs. Her greatest passion is meeting new people and getting to know them and their diverse perspectives.

In her sophomore year, she struggled to find a healthy balance between school and life. However with the support of others, she was able to rediscover this balance and become an even better version of herself in the process. After this experience, she founded and currently serves as the President of the club “Safe Haven”, a place where everyone can feel comfortable and discuss issues important to them. She has since continued to be an advocate for mental health, and has spoken at the PUSD summer leadership symposium and PPIE’s Fall Gala, advocating for more resources on campuses for mental awareness/education.

This past summer, she served as an intern for the Go Green Initiative, working with the school district and city to help the community become more sustainable and eco-conscious. At school, she is also Co-president of Foothill DECA, Co-President of the Foothill National Honor Society Chapter, a commissioner on the City of Pleasanton’s Youth Commission, and principal cellist of Oakland Symphony Youth Orchestra. Trinity is not scared of challenges, but excited for them to teach her new things about the world and herself.

Alexander Chen is a senior at Foothill High School. A first-generation American, his parents are Ke Chen and Yuan Liu. Alexander has long been a proud community activist and scientist.

Becoming a devout believer in the power of determination and self-discipline after developing a sudden-onset stutter in childhood, Alexander is the founder and president of A Free Voice, a regional stuttering support and advocacy organization. He is also one of the vice presidents of the Foothill Model United Nations team, having pursued the activity since middle school to improve his own public speaking skills.

Through his work in building self-confidence through public speaking, Alexander has realized that having compassion for others and helping those in need is something he wants to cultivate in his life. In response to the 2018 Parkland shooting, Alexander also became of the main student leaders of the Foothill school walkout as well as the Tri-Valley March for Our Lives. Learning the meaning of responsibility while helping organize thousands of others participating in the movement, Alexander transformed into a dedicated gun reform activist.

Alexander is also editor-in-chief of the Foothill newspaper, The Talon Times, an Emergency Room volunteer at Stanford ValleyCare Hospital, a varsity water polo player, and an avid scientist. Seeking research opportunities after becoming intrigued with the biological origins of his stutter, Alexander has interned at several laboratories as part of the UC San Diego Research Scholars Program, the UC Davis Young Scholars Program, and the Stanford Summer Institutes of Medical Research. In the future, Alexander hopes to combine his passion for biology with his extensive background in community engagement.

The scholarship recipients will be honored at the Annual Luncheon / Fund Raiser, which also honors other community members for their character and service. Nominations may be made by anyone who would like to honor someone who gives tirelessly of themselves for the benefit of others, nomination forms will be on the Community of Character website ( www.CommunityOfCharacter.org). The Annual Spring luncheon is open to the community. The 2020 luncheon will be held in May at the Veterans’ Memorial Building.

For more information about how individuals, organizations, and businesses can become involved in the Community of Character Collaborative, visit their website. Donations made to the scholarship account are used to increase the number of awards as well as the amount of the scholarship.