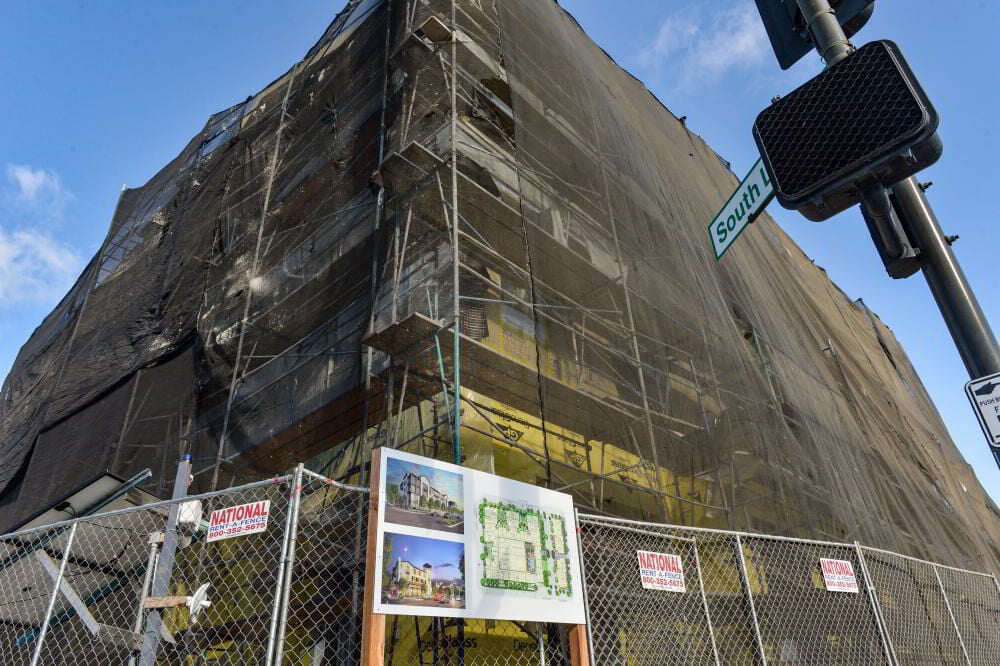 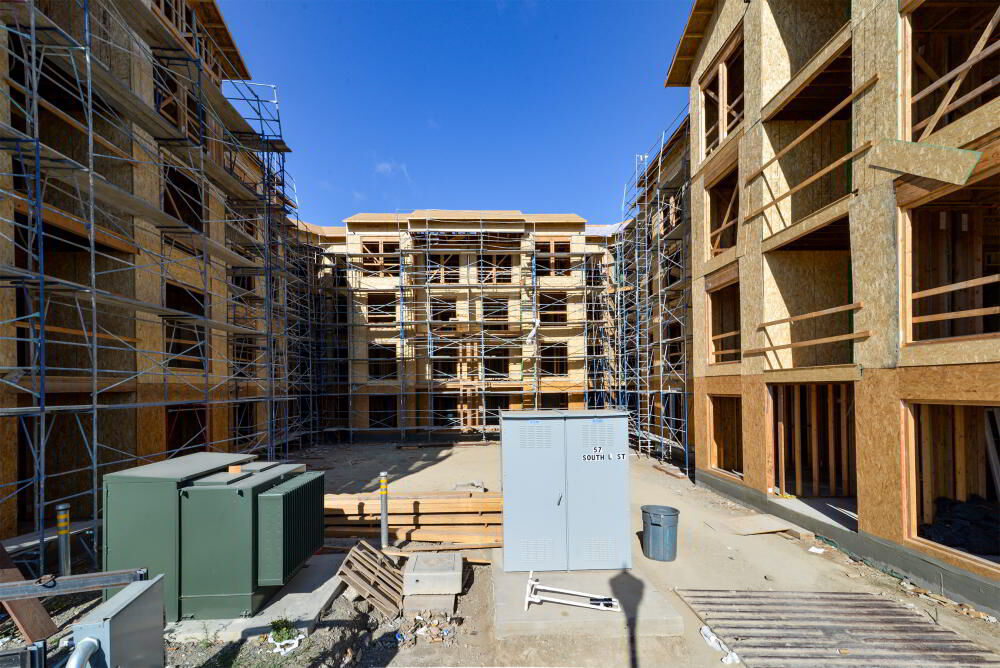 LIVERMORE — Construction on the 222-unit Legacy apartment complex in downtown Livermore could be delayed weeks or possibly months while its developer seeks a new general contractor to complete the job, city officials said.

Work on the Legacy Partners development came to an abrupt halt during the first week of June when its contractor, Katerra, an international construction firm, filed for Chapter 11 protection in U.S. Bankruptcy Court in Houston. Katerra’s sub-contractors — such as plumbers and electricians — were ordered to stop work, but could keep their jobs and return once Legacy hires a new contractor to replace Katerra, said Adam Van de Water, Livermore's director of innovation and economic development.

The mixed-use project that includes 14,000-square-feet of retail space and four-story apartment buildings was well underway following its approval by the Livermore City Council in June 2018. Construction on First Street retail space, a restaurant and a parking structure already has made significant progress on the site that once featured a Groth Bros. auto dealership.

Katerra, a contractor, supplier and designer founded in 2015, announced June 6 that it had voluntarily filed for Chapter 11 relief while "the company takes steps to conduct a marketing and sale process to maximize value for its stakeholders." Katerra said it had secured $35 million in financing to fund its operations during the Chapter 11 process.

"The rapid deterioration of the company’s financial position is the result of the macroeconomic effects of the COVID-19 pandemic on the construction industry, inability to procure bonding for construction projects following the unexpected insolvency proceedings of Katerra’s former lender, and unsuccessful attempts to secure additional capital and business," Katerra said in a statement.

Katerra said the company would consolidate many of its United States activities, sell assets and secure debtor-in-possession financing.

In the Bay Area, besides shutting down construction for the time being at its Livermore project, the bankruptcy filing additionally affected a Legacy apartment project in Hayward, where Katerra also served as the general contractor.

More from this section

According to its website, Katerra said it was delivering turnkey services including architecture, interior design, materials and construction services for the projects.

Legacy Partners did not respond to an email. A call from The Independent was referred to Ben Faoro, an official with the real estate company said to be handling the Livermore project, but he did not return a message prior to publication. Neither Legacy CEO W. Dean Henry, nor the project’s architect, BDE in San Francisco, have yet returned a phone call.

Van de Water said the Legacy project was 100% insured and bonded, which would allow Legacy to identify a new contractor and continue the work. He said the city sees the stoppage as "an interruption and delay," not an end to the project.

"It's in Legacy's interest to continue work as soon as possible," he said.

The project had been slated for completion by the end of the year.

Besides housing, the Legacy at Livermore project is planned to include courtyards, a public path connecting South M Street with Railroad Avenue and a private rooftop terrace and swimming pool. The apartments will be rented at market rate.

It was unclear if any units already are rented.

It also was unclear how subcontractors will get by in the meantime. Calls to local union officials to determine what local companies might be affected were not returned at press time.