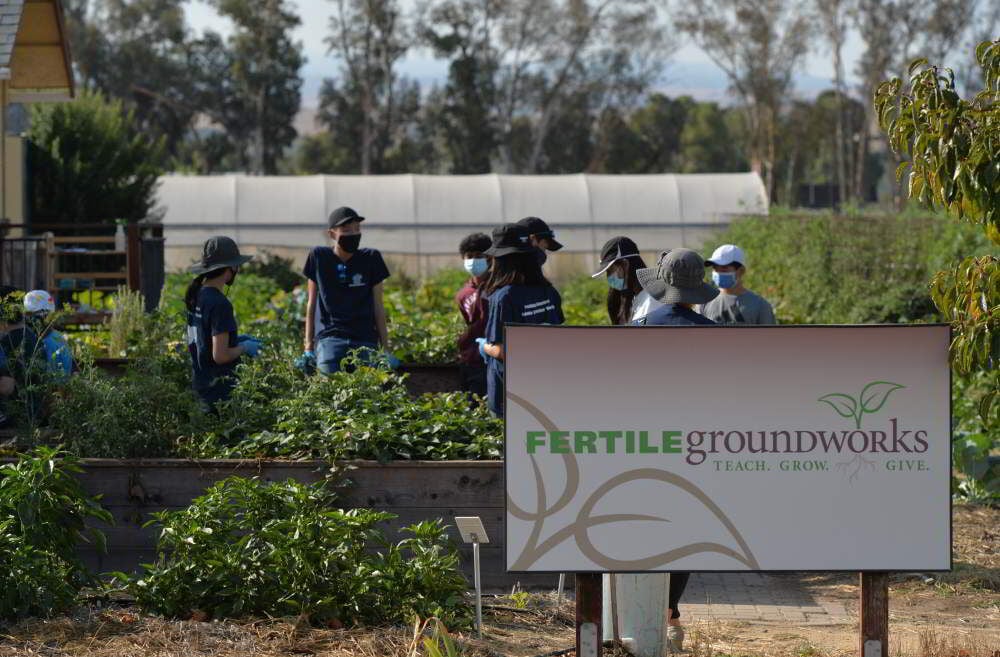 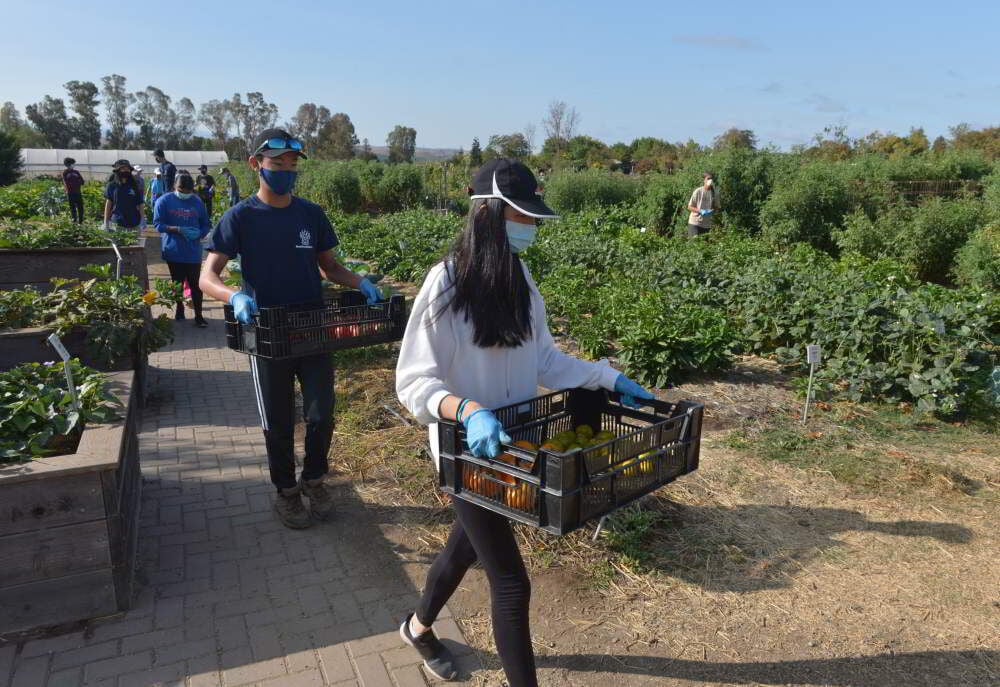 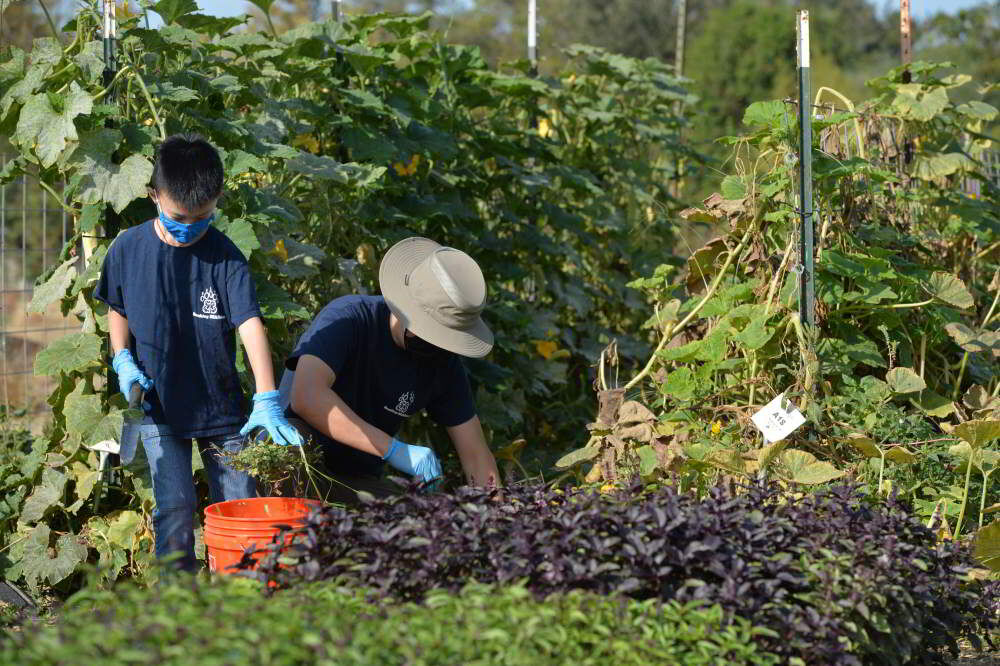 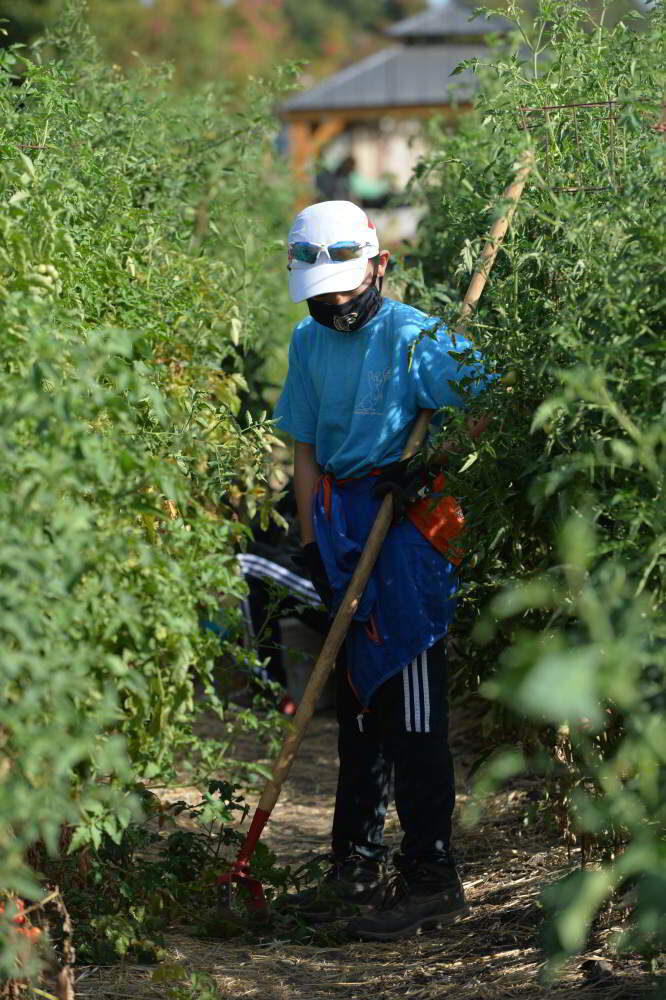 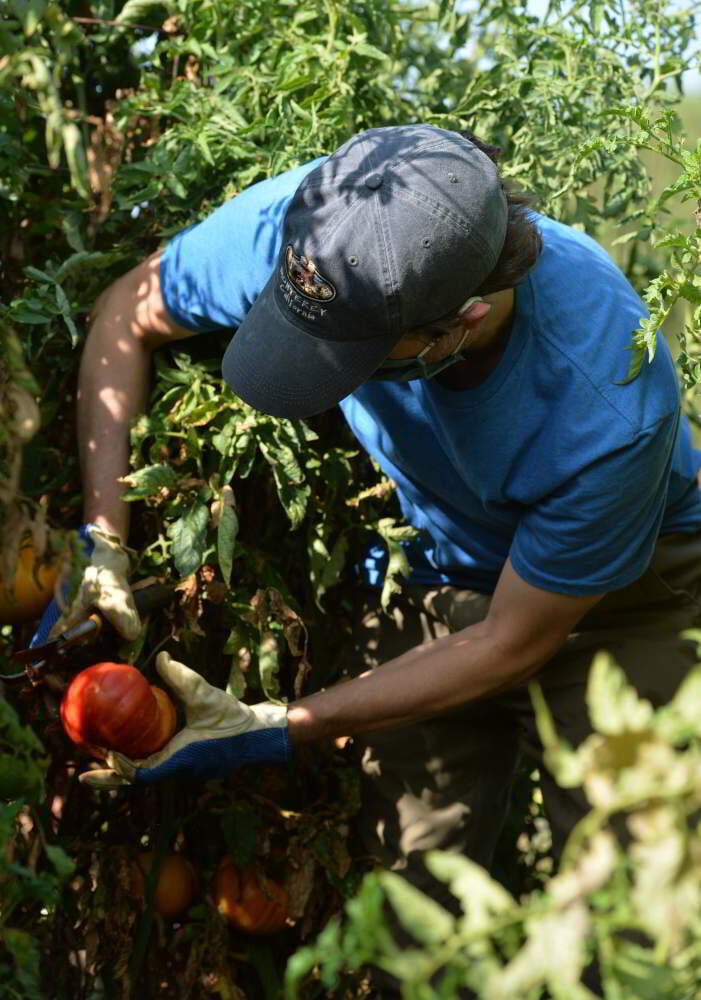 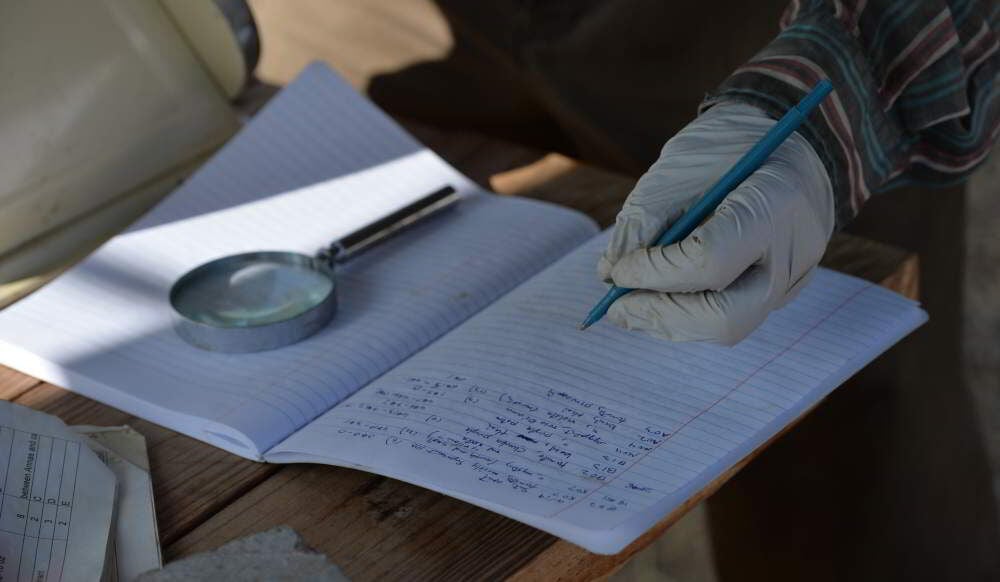 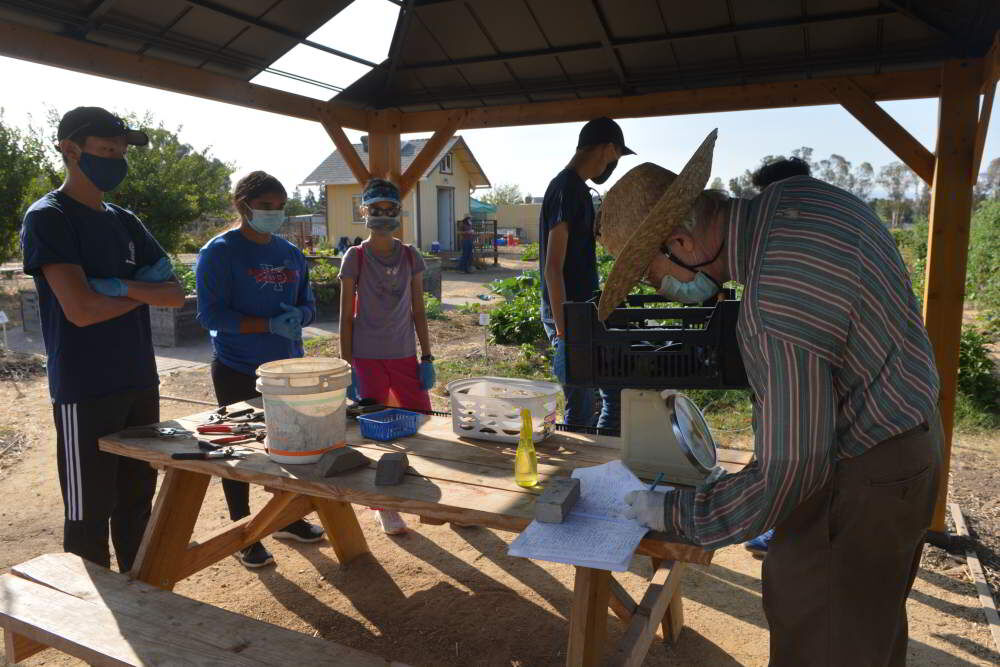 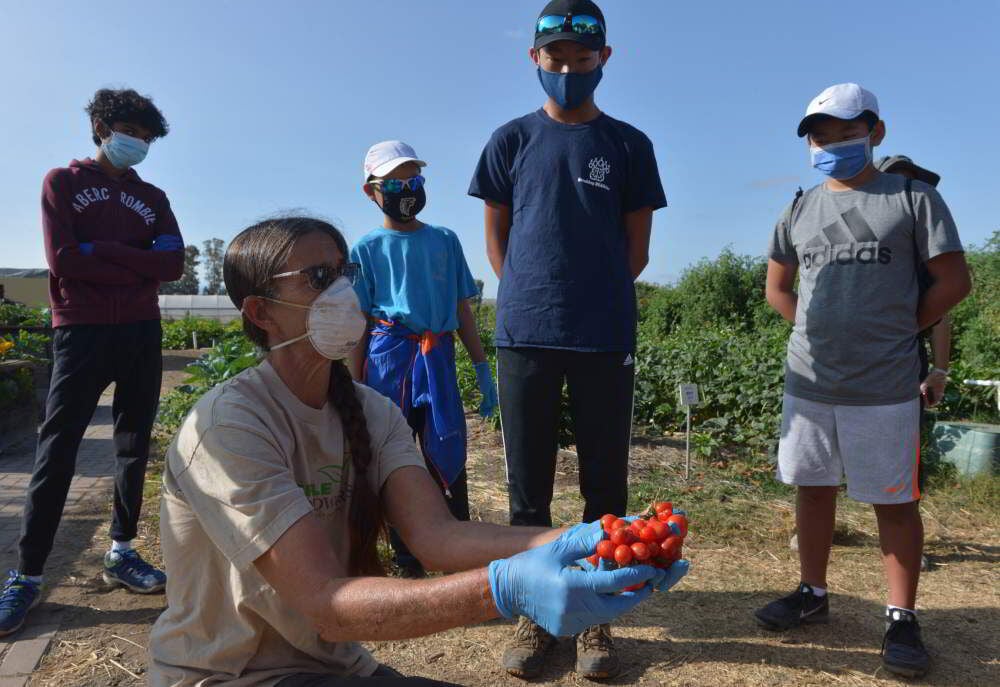 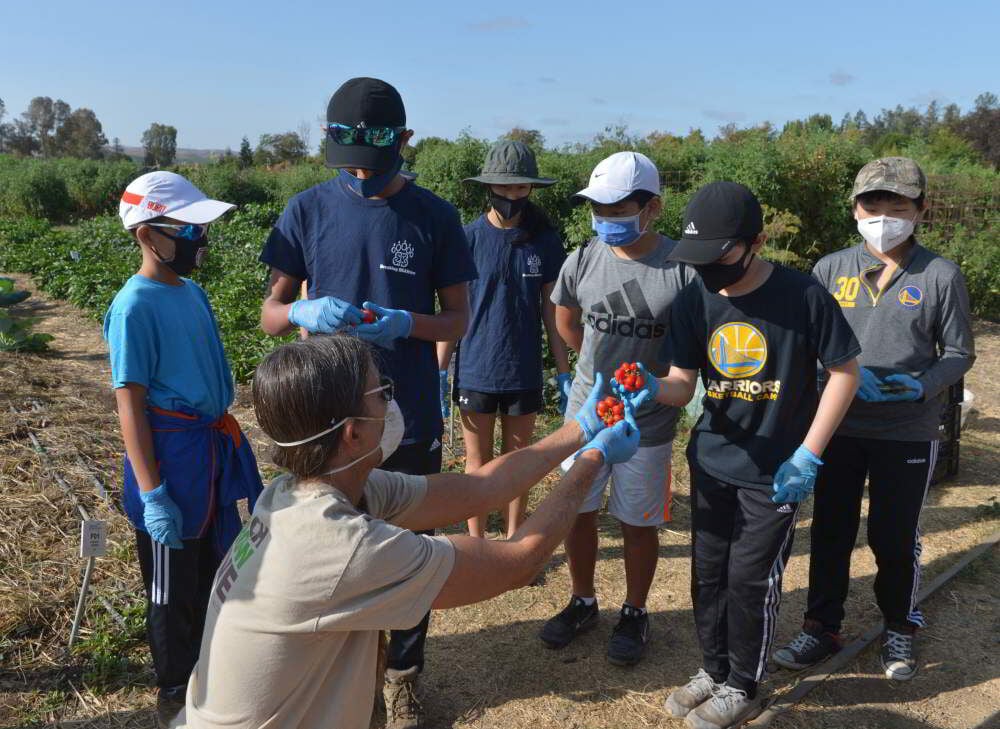 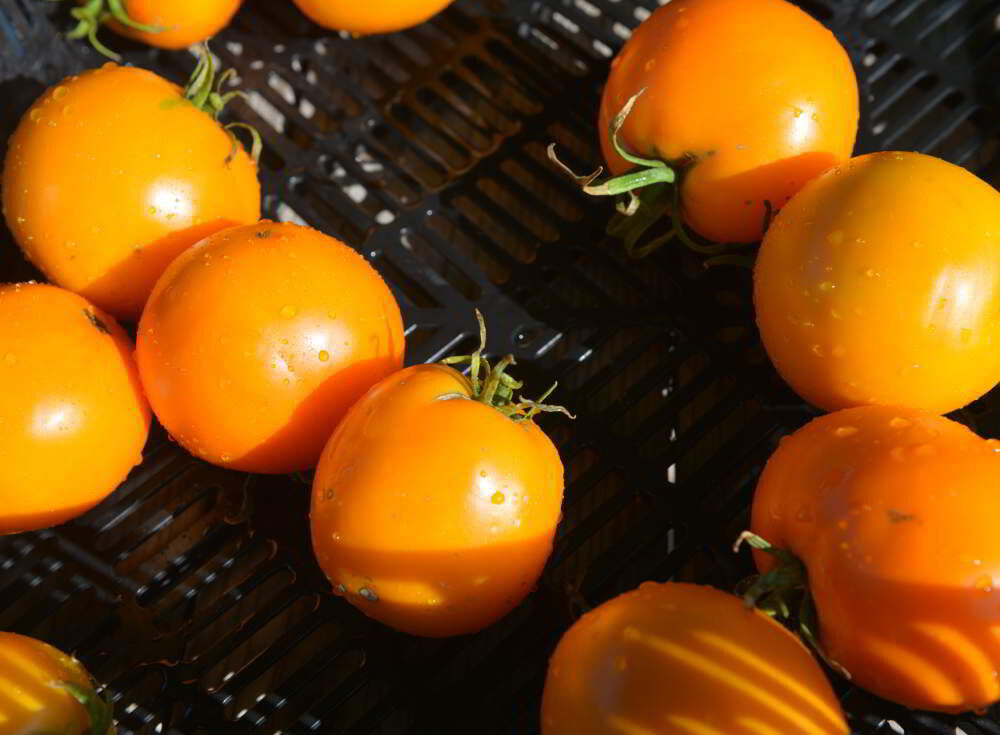 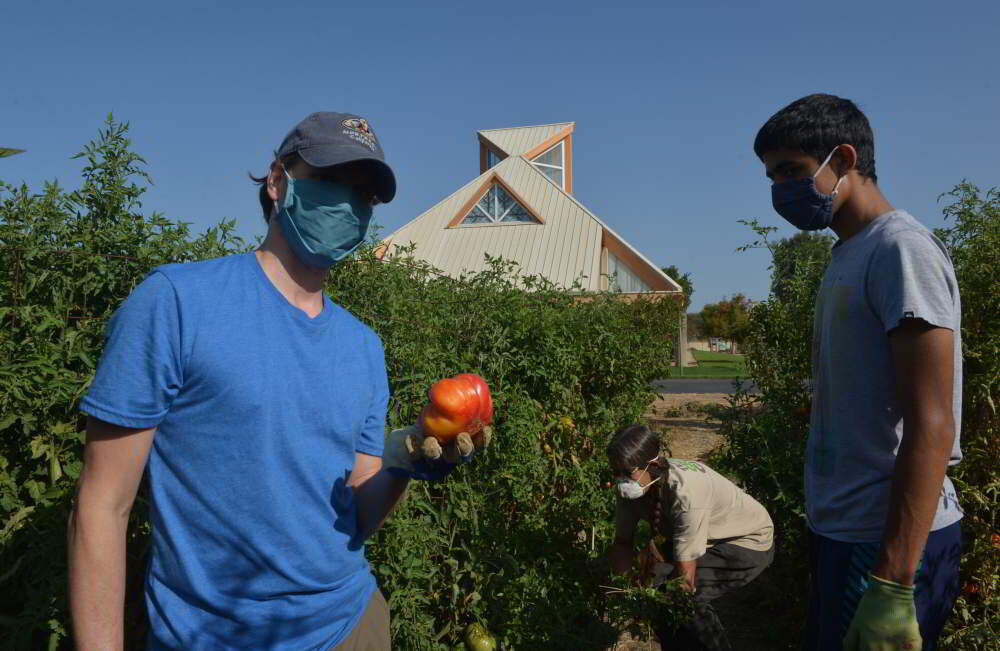 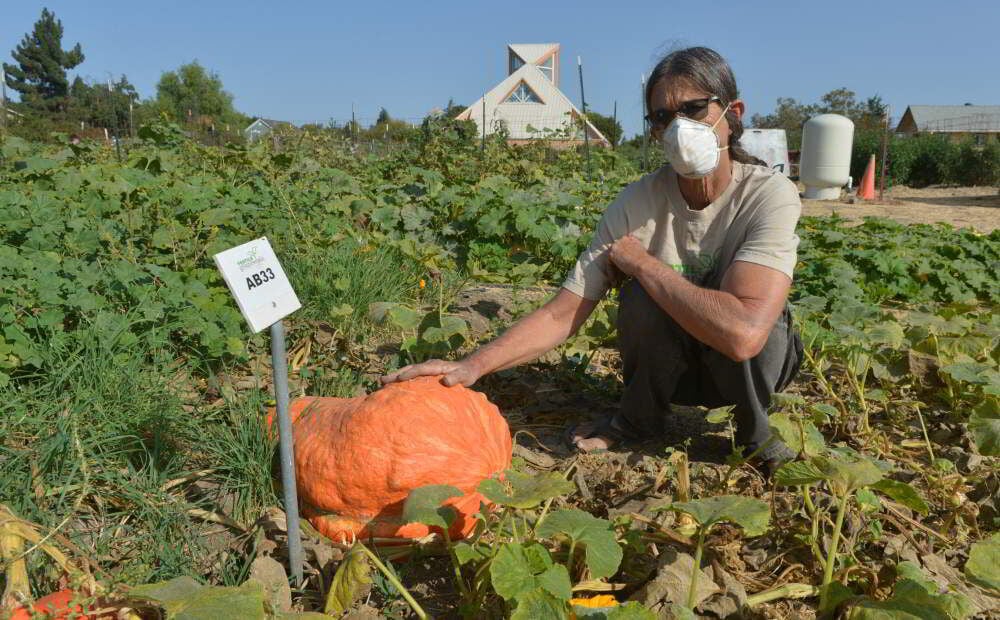 Fertile GroundWorks has grown almost 200,000 pounds of produce to donate to food pantries and soup kitchens in the 10 years since the organization got started.

This independent nonprofit group, which runs an organic, somewhat hidden farm behind Asbury United Methodist Church, started a decade ago as a biblically inspired notion to make empty land productive. Since then, 200,000 pounds of food – roughly the weight of a space shuttle – has been grown and harvested by about 1,000 volunteers a year and a handful of dedicated, longtime community members and staff that run the 1.5-acre garden.

They also raise funds to make it all possible through an annual plant sale, pick-your-own vegetables in the summer and an annual fundraising dinner (though this year’s event was canceled).

Fertile GroundWorks’ mission is to teach and empower people and communities to increase their health, well-being and self-reliance by growing food organically and sustainably. It champions locally grown food and facilitates the creation and operation of community, school and employee gardens. Produce from the main teaching garden is given to partners that fight food insecurity in the Tri-Valley, including Open Heart Kitchen, Culinary Angels, Tri-Valley Haven, St. Bartholomew and St. Michael's food pantries.

What started as 80 square feet of bio-intensive raised beds – growing as much food as possible in limited space – has expanded to cover 1.5 acres. The last significant expansion was early this year when volunteers planted a 108-tree fruit orchard.

A decade ago, that would have been hard to imagine. The idea for the organization originated with then-Rev. Chuck Johnstone, who had a vision related to a sermon he was working on, called “The Sower Sows Seed.”

“I had a vision to use the uncultivated land behind the church to grow food for the hungry within the community,” he said at the end of a sermon at the time. “I don't know anything about growing food from the ground, but someone might. I'll meet after church with anyone interested in talking more about this idea, this vision.”

He met with a couple of people and the idea got picked up by a newspaper. That brought it to the attention of Bruce Campbell, who had just completed the Alameda County Master Gardener program. He volunteered to get things going and became Fertile GroundWorks’ first executive director.

“I appreciated the vision and saw the opportunity for the garden to become an important asset and service for the needy,” Campbell said. “It also provides gardening education and has invigorated sustainable urban and suburban food gardening in the greater Tri-Valley area.”

“We both had an intense interest in learning how to set up and run a food garden,” Brunell said. “We loved the idea of growing fresh produce for Open Heart Kitchen. Seeing a piece of disused land transformed, bed by bed, into a functioning food garden, has been so gratifying. As we progressed, the garden attracted more interest and enough volunteers to allow us to expand at a faster pace.”

One of those volunteers was Brenda Kusler, a newcomer to town who heard about the organization from The Independent. She was attracted by the prospect of learning more about gardening to help in her own yard as well as give back to the community. She took over as executive director a couple of years ago.

For those who’ve been there since the beginning, one of the highlights has been working with all the volunteers.

“It never ceases to amaze me how generous people are in giving their time, skills and treasure,” Kusler said. “Being able to share the fruits of our collective efforts – even pulling weeds – to help our neighbors in need is a beautiful thing to be a part of.”

A highlight for her is building relationships with the teenagers who volunteer, whether on their own or through school, sports teams, National Charity League, Boys Club Charity or other groups.

“Some even come back after they graduate or start college, if only to say hi and pull a couple of weeds while we catch up on their lives,” Kusler said.

Watching young children learn where vegetables come from is also a delight.

“The look of amazement as they harvest their first carrot – and realize that this yummy treat came from that little seed they planted – will always bring a smile to my heart,” she said.

Adults, especially the many corporate groups that come out, are also so eager to give back.

“I’m so impressed by the volunteers we get in the garden, from local businesses like Workday Inc. and Kaiser Permanente,” said Ruth Hawley, who’s been involved since that meeting after the sermon. “They are huge supporters of the garden.”

Corporate groups are also a vital source of funding for the organization. Many companies not only match their employees’ monetary donations to nonprofit groups, but also donate money for volunteer time.

Fertile GroundWorks’ budget has taken a huge hit because no volunteer groups have come out for months since COVID-19 first became a risk, Kusler said. Almost half of the group’s $130,000 annual budget comes from corporate donations, with the rest coming from grants and individual contributions.

Lance Sloan, one of the most consistent volunteers in the garden, has enjoyed learning more about gardening. He has researched where to get organic seeds for unusual varieties that produce quickly or produce later in the season – so food is available for more of the year – or store well.

A good memory for him was tasting a long-keeper tomato in mid-March that had been harvested the previous fall. At a garden meeting, he got to taste it alongside a pricey tomato from a specialty grocer.

“The long-keeper was as tasty as the presumably fresher grocery fruit,” he said.

While many volunteers come out to help with weeding, harvesting and everything else in the garden, it’s a small group of committed staff and board of directors who manage the whole operation. That creates constant challenges.

“It’s a never-ending task to fulfill the need for healthy food for so many of our neighbors and trying to secure the resources we need to give as much as we can,” Kusler said.

When the team is so small, every individual counts. Hawley planned the ‘Taste for Giving’ fundraising event a few years ago. After starting that year, the chairperson said he was moving and couldn’t help.

“That was a shock, especially considering there were only three of us on the planning committee,” she said. “But somehow, we managed to pull off a great event! After that, we decided we needed a larger committee to plan the event.”

The garden continues to expand, including the planting of a fruit orchard earlier this year. In October, they’re adding another eight, large, raised beds for vegetables, and they would like to build more hoop houses to extend the growing season and offer a second plant sale every year. That will depend on funding, of course.

“I hope that someday the produce we grow won’t be a necessity for so many, but rather just a yummy treat,” Kusler said. “In reality, we need to keep expanding the garden to provide healthy food for our distribution partners’ clients – especially in these trying times when more people need help.”

The garden requires a lot of work, but it is a labor of love Kusler is sure is one of the most important things she does with her life.

“I’d like to say thanks to the Livermore community for all its support of Fertile GroundWorks over the last 10 years,” she said. “We couldn't have grown without all of our supporters. We look forward to growing together over the next 10 years.”

For more information or to donate or volunteer, visit fertilegroundworks.org.