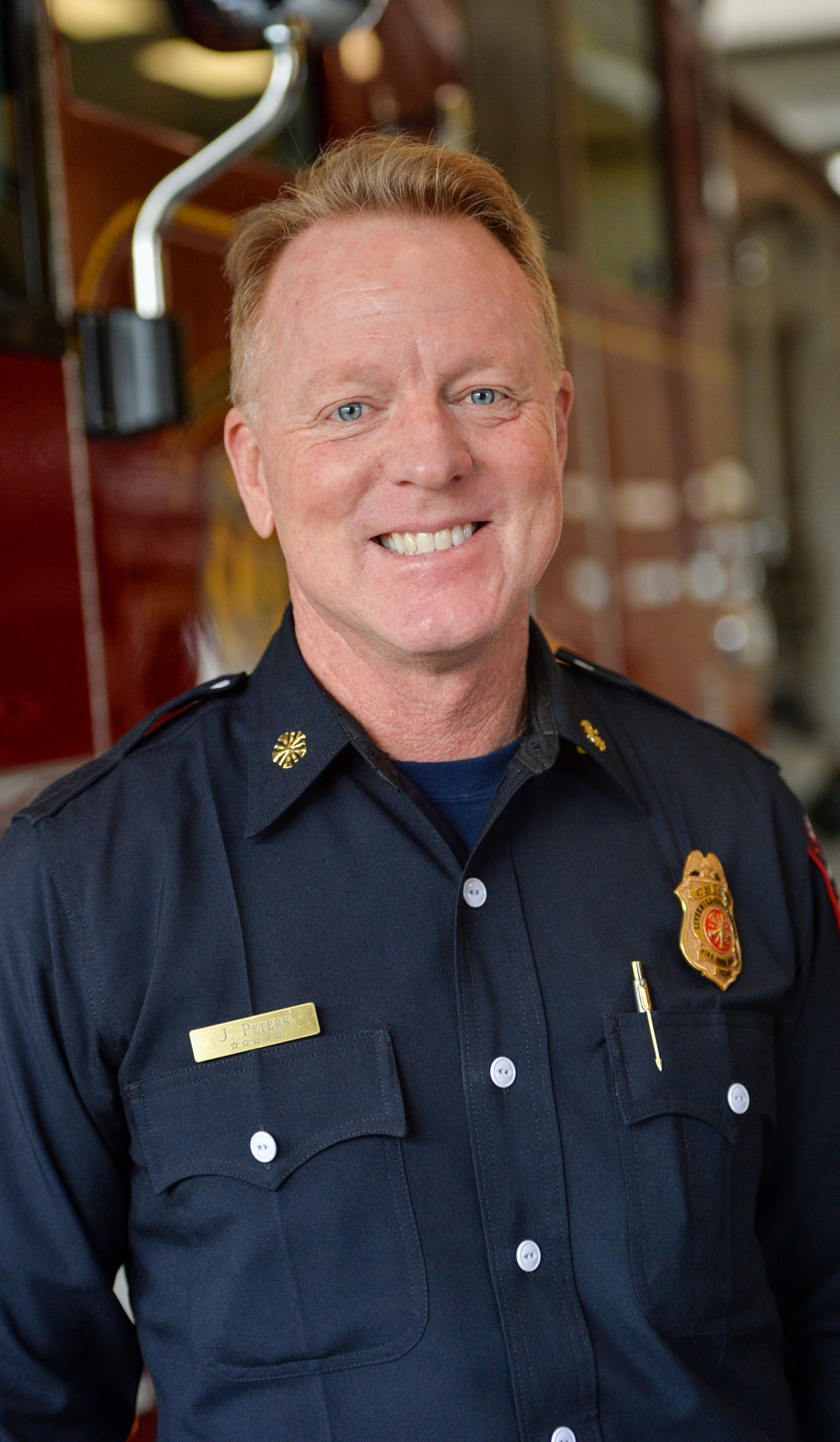 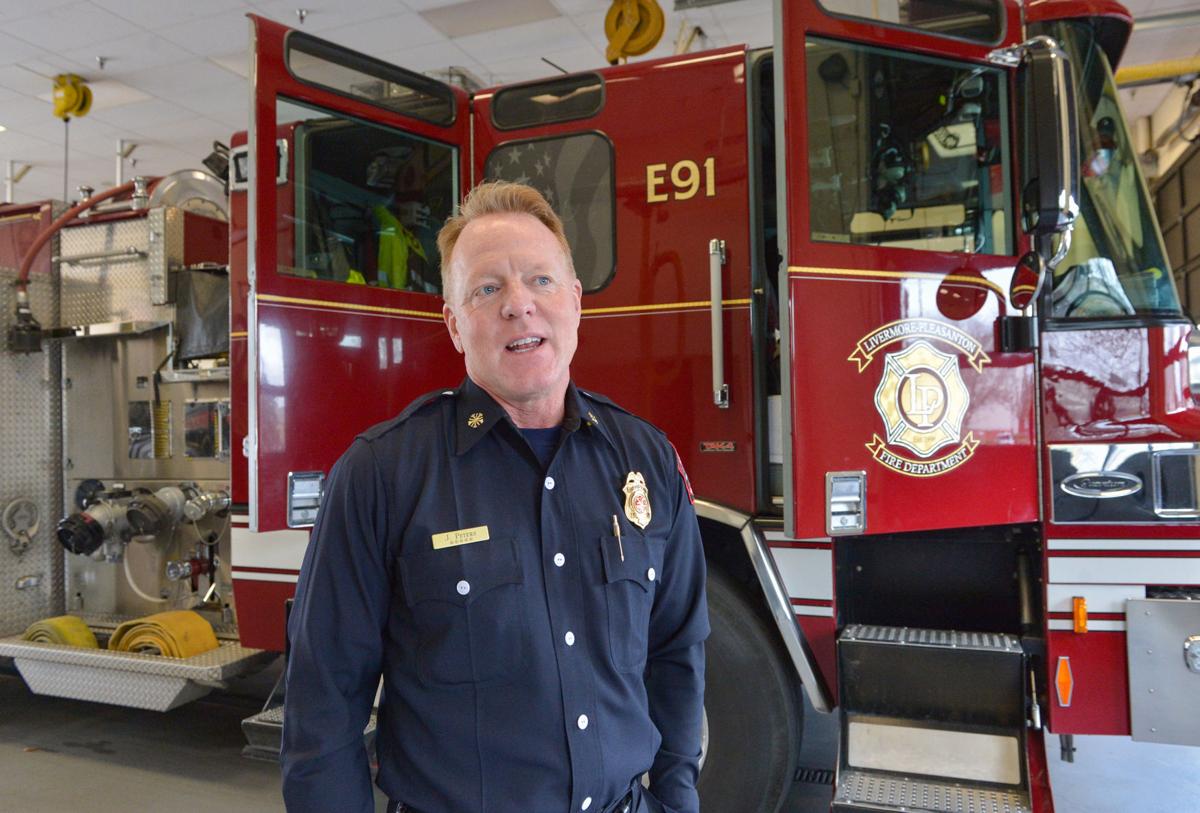 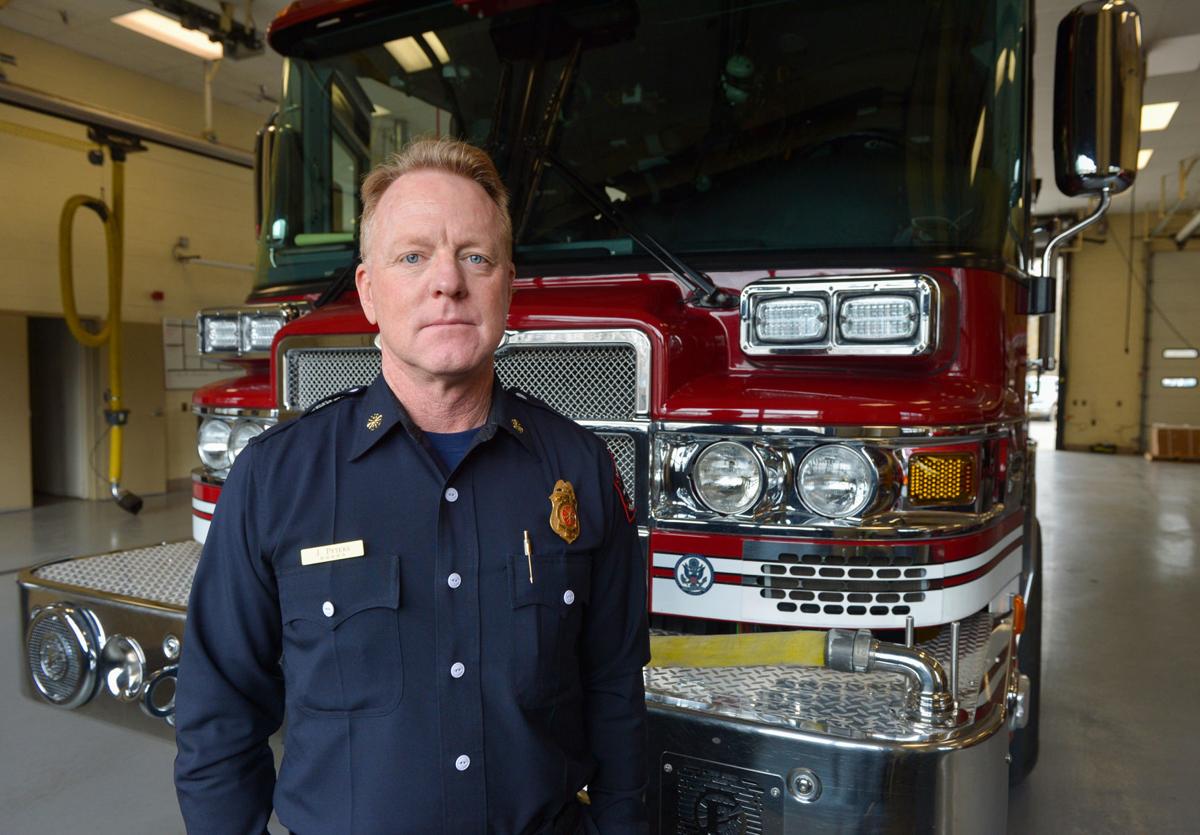 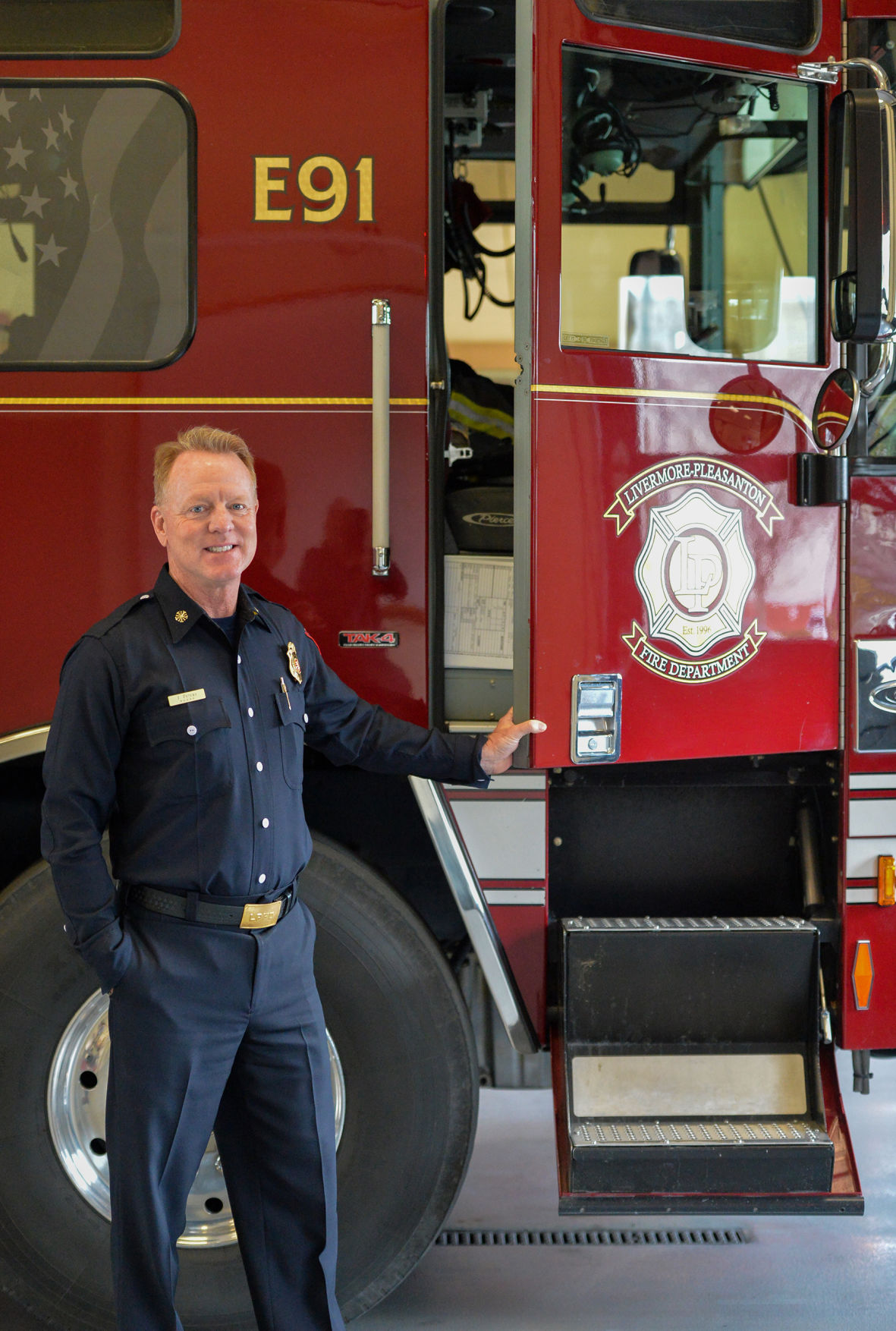 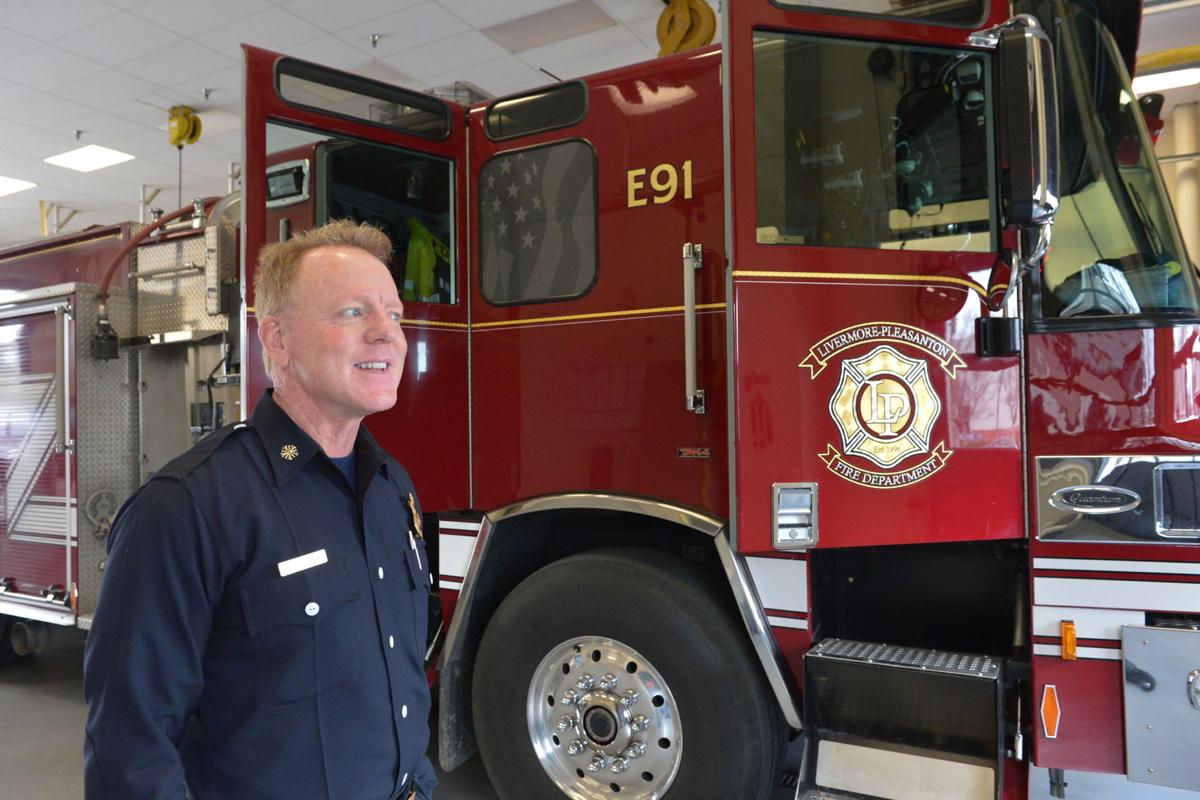 Jeff Peters had no idea that his visit to a Pleasanton fire station would one day lead to him taking over the entire department.

"I went to school to be a physical therapist and came out of it in 1989,” Peters recalled. “I was living across the street from a fire station in Pleasanton. I asked, 'What do you guys do here?' I remember saying that."

Bored with his office job, Peters soon enrolled in the fire academy and embarked on his firefighting career.

During the next three decades, he rose through the ranks of the old Livermore Fire Department, and then through the consolidated Livermore-Pleasanton Fire Department. Leaders of the two cities named Peters as the agency’s fifth fire chief, effective Jan. 7. He the first internal hire set to supervise the communities' 127 employees, including the 102-member fire suppression unit.

"It's certainly an honor for me to be that person," Peters said.

"Chief Peters has demonstrated a unique ability to command the complexities of leading a fire department while balancing the dynamics of serving two partner cities," Fialho noted in a statement.

Said Roberts: "Under Jeff's leadership, I have full confidence our joint fire department will continue to provide first-rate service to our shared communities."

After earning a bachelor's degree in health science at Saint Mary's College in Moraga, Peters, then 23, expected to start a career as a physical therapist, but found he needed a master's degree. Instead, he went to work for a finance company and decided office life wasn't for him.

"I think that's what drove me to walk across the street to the fire station," Peters said. "I set up a ride-along and realized that was the world I wanted to live in."

Peters signed up for the Las Positas College Regional Fire Academy and became a volunteer firefighter in 1990 at the Livermore Fire Department, where a family friend was a captain.

"I gave myself two years to get hired on in one of the valley departments," Peters said. "At that two-year mark is when I got hired."

Otherwise, Peters said, he would have expanded his search and applied to departments in other cities.

Peters, who married his wife, Kelly, in 1993, worked three years as a firefighter and in his fourth year promoted to engineer. In 1996, the Livermore and Pleasanton departments consolidated their fire services. After four years as an engineer, Peters was promoted to captain and continued in that role for 11 years.

Tearing cartilage in both of his hips while battling a blaze about 10 years ago altered his career path and pushed him into management. Instead of working a desk assignment while recovering, he was asked to fill in as an acting battalion chief. In that capacity, he still found himself at fire scenes, but running the operation. His body healed and a few months later, Peters permanently landed the job. Eventually, he rose to deputy chief and assistant chief before receiving the top job, overseeing fire services for a nearly 50-square-mile response area and a population of 171,000. He will administer a budget of nearly $37 million. The department includes 10 fire stations.

Peters said the city managers' decision to hire him, an internal candidate instead of looking for a chief from outside, was a sign the department is moving in the right direction and not in need of a leader from another agency. His six months as interim chief served as a long interview, "one that allowed the city leaders and myself to confirm the partnership."

"I was extremely honored to be chosen to lead the agency I have dedicated over half my life to," Peters said. "I am very passionate about providing exceptional service to the two communities we serve and will do so with a very humble professionalism."

Peters said he will focus on strengthening the services that LPFD provides to the cities. He said the department is well-funded, has great safety gear, equipment and programs, and strong salaries.

"We need to become more cost effective and do things more efficiently," he said.

Peters said he would like to establish a wellness program that will focus on firefighters' mental health, including stress management and education.

In his private life, Peters said he loves spending time with his family, the outdoors and exercise. Peters' daughter, Kassidy, 25, is in a college nursing program. His 20-year-old daughter, Sheridan, is a college sophomore. He said his parents are "ecstatic" about his new job.