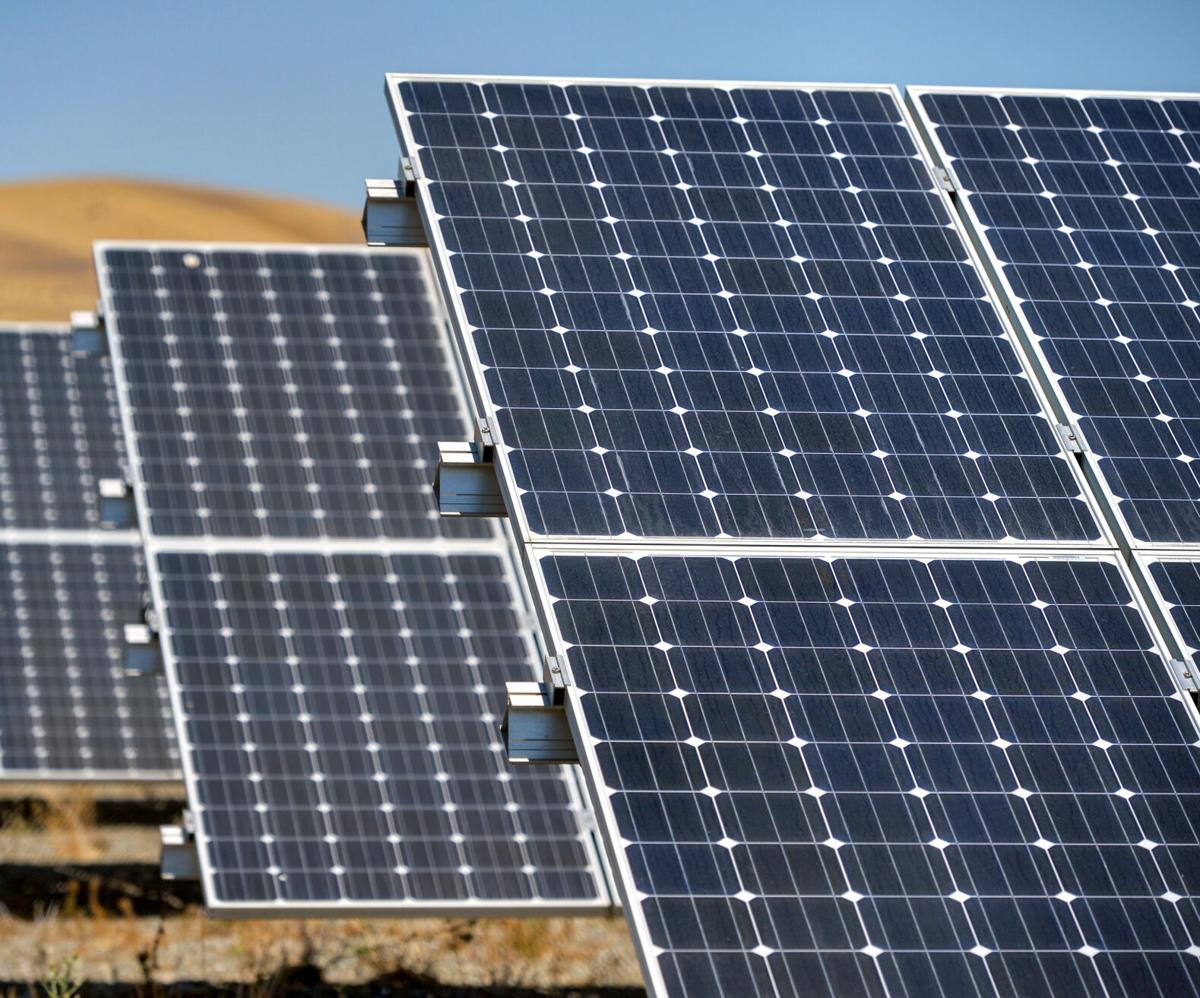 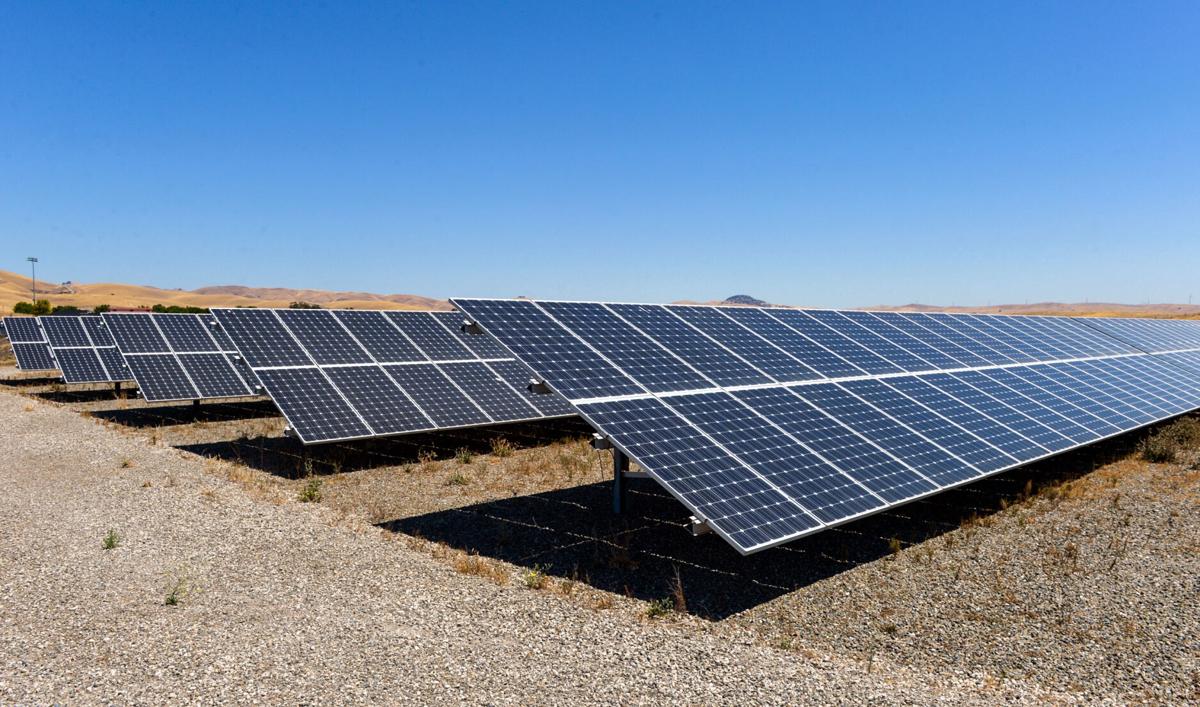 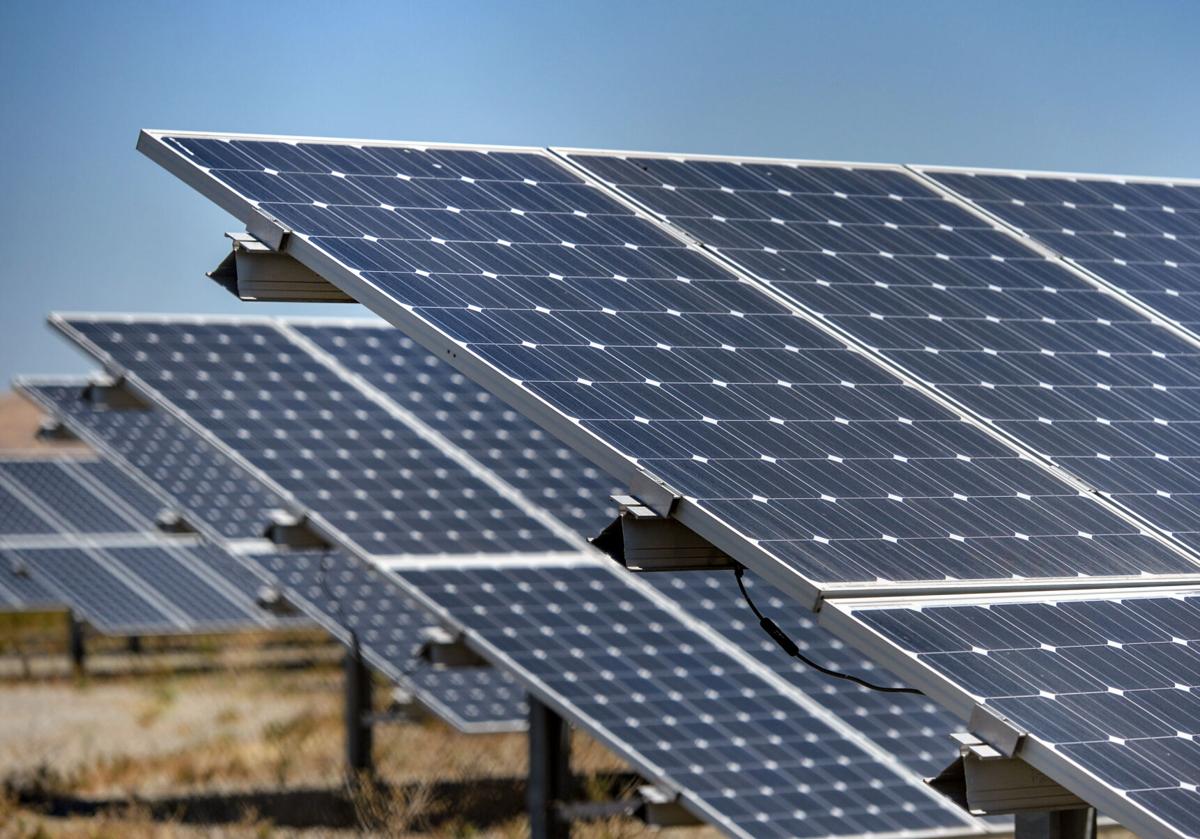 Two controversial utility-scale solar power plants slated for hundreds of acres of agricultural land north of Livermore are reviving calls for Alameda County to craft a uniform solar policy to establish clear guidelines for solar development projects throughout the county.

This follows a July 28 vote by the Alameda County Agricultural Advisory Committee to recommend suspending county approval of the projects until a countywide solar policy is adopted.

Council members shared divergent views about relative merits of the specific projects, but four out of five agreed a county-wide solar policy would help facilitate a better planning process.

Councilman Bob Coomber said he was firmly against the projects due to their scale and likely impact on wildlife, such as raptors that hunt rodents on the project sites.

“I consider myself an environmentalist,” Coomber said. “I see certain cycles of life and things going out there that will stop if these things are built.”

Councilman Robert Carling indicated that climate change is an existential threat and noted he is supportive of the proposed projects, which could produce enough clean electricity to power tens of thousands of homes and reduce C02 emissions from traditional sources of energy production. He said the Aramis project took a thoughtful approach to lessening its impact with planted buffers to camouflage the facility, and its plan to continue agricultural use of the project site.

“I also think there are some economies of scale putting a plant such as this out in north Livermore versus trying to put solar on every building or over every parking lot in Livermore,” he said. “You just can’t get enough that would compare with what they could do with this 100-megawatt project.”

Councilmember Trish Munro stated that she was generally supportive of the projects and the concept of harmonizing agricultural uses with solar electricity production, but agreed a solar policy ought to be in place before projects are built.

Mayor John Marchand did not weigh in on the merits of the proposed projects, but read an excerpt from a letter from Laura Mercier, executive director of the Tri-Valley Conservancy that said, “We are concerned that the county should not be accepting any project proposals for solar without a solar policy.”

Woerner, who as a PG&E executive worked to connect renewable energy to the grid, said different takes by individual council members on important and sometimes conflicting issues demonstrated a need for a more robust planning process at the county level. He also noted he has concerns that much of the decision-making power for the two projects has been delegated to a three-member board appointed by the Alameda County Board of Supervisors.

The final environmental impact review (EIR) for the 72-acre SunWalker facility, the smaller of the two projects, is expected to be released soon and was expected to go before the East County Board of Zoning Adjustments for certification as early as Aug. 27. The meeting has since been cancelled and rescheduled to Sept. 24. A raft EIR for the larger 750-acre Aramis project is also nearing completion.

The county’s general plan and zoning ordinance are silent on the question of whether large solar power plants are compatible uses for agricultural land. However, some county planners have interpreted solar farms as being compatible with wind farms and utility corridors, which are expressly allowed in agricultural areas.

In 2011, at the direction of the County Board of Supervisors, the county planning department began working on a policy applicable to the development of solar energy facilities. In 2013 and 2018, draft solar policies were released, but never adopted.

Bruce Jensen, a senior planner with Alameda County said that it “behooves the Agricultural Advisory Committee to come up with at least some kind of guidance, if at all possible, within a very short term.” Jensen said at least some basic opinions about what solar should look like in the rural areas, if not a fully fleshed-out policy, ought to be prepared.

Many who live near the proposed projects, as well as residents of Livermore who want to preserve the city’s surrounding open space, have voiced opposition to the specific developments, raising concerns about potential impacts the projects would have on scenic views, water quality, wildlife habitat and agriculture.

“(We) believe solar installations need to be undertaken in a thoughtful manner and not at the expense of other things we value … At a minimum the county should be doing their job and develop a policy for rural solar installations before approving these proposals,” he said. “We urge the council to continue to express your disapproval of these permits.”

Proponents have touted benefits of the projects, including a source of relatively inexpensive, clean, locally generated electricity that would be sold to customers through purchase agreements with East Bay Community Energy and Clean Power San Francisco, and the creation of hundreds of local family-wage jobs during construction phases.

They have also stated that concerns about aesthetic impacts could be addressed through “abundant landscaping” along North Livermore and Manning Roads and visually appealing fencing with wide setbacks from the roadway.

Intersect has pledged to dedicate a permanent easement along Cayetano Creek to serve as a public hiking trail.

Fernando Estrata, business manager with the Laborers’ International Union of North America, Local 304 said he represents more than 13,000 union members in Alameda County, including 550 who reside in Livermore. He wrote in support of the Aramis project stating its developer “entered into an agreement to do this project with livable wages and 100% union” labor.

The two north Livermore projects fall within the city’s planning area, which has led to the county asking for the city’s input, even though the city does not have direct land-use authority. In the past, the city has commented on potentially adverse impacts of the solar projects as part of the environmental review process.

In letters to Alameda County planners over the last three years, Livermore planners have detailed concerns about the two projects, their visual impacts on a designated scenic corridor, the conversion of agricultural land for commercial power generation uses, and questioned whether the projects are consistent with the East County Area Plan, Measure D and Livermore’s urban growth boundary policies.