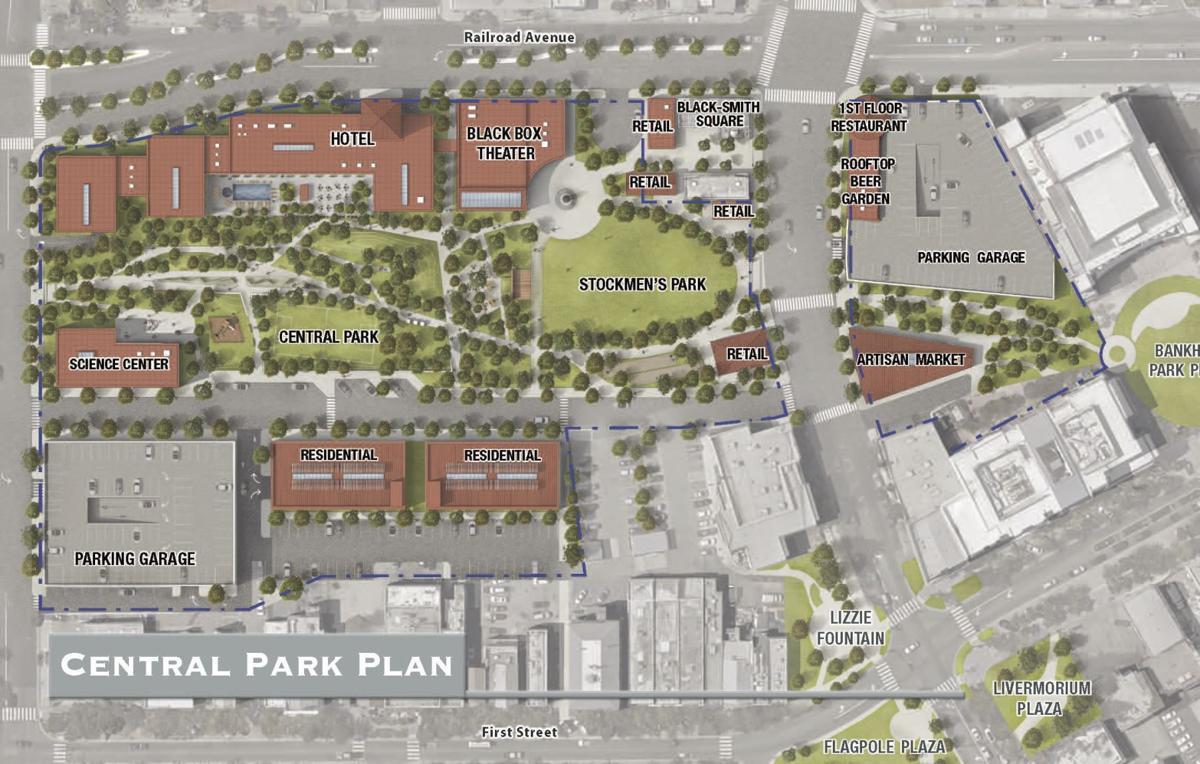 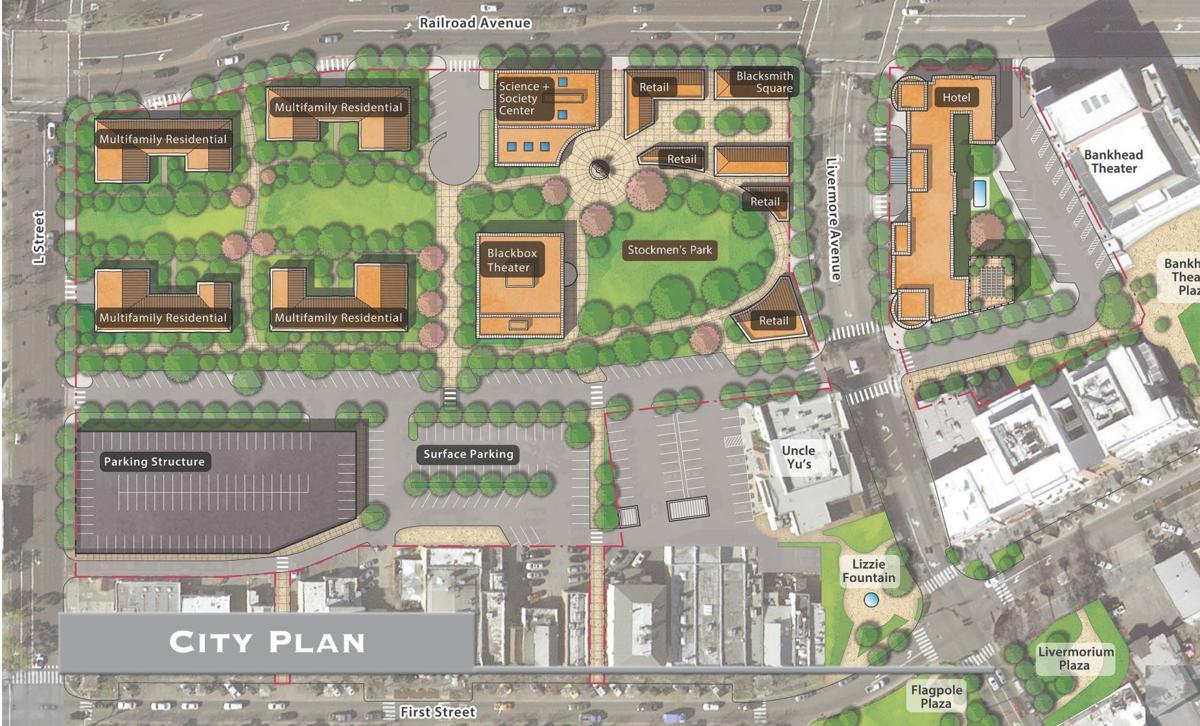 A highly-anticipated report evaluating the effects of a downtown initiative measure is likely to spur a lively City Council meeting Monday evening. Two groups of concerned Livermore residents are expected to rally in support of the downtown revitalization plan they favor — which each side considers critical to framing the future of the city.

The council will also consider the next step for the ballot initiative submitted by Citizens for a Livermore Central Park asking voters to choose their downtown plan and change zoning to make it happen.

There’s a lot at stake in the long-simmering controversy. Whatever the city decides will affect parks and green spaces, parking, affordable housing, businesses and arts, education and cultural centers in the heart of Livermore.

In July, Livermore’s elected leaders ordered a 9212 report to provide cost estimates and other specifications for each proposal. The report is expected to answer questions about regional housing needs, infrastructure costs and maintenance, transportation and parks, among other subjects.

Once the report is presented, the city council is set to decide on the ballot initiative. California law requires a city council to take action when presented with a verified initiative petition. City staff is presenting the council with the option of simply adopting the initiative, putting it on next year’s November 2020 ballot, or spending up to $800,000 to hold a special election in December.

The 8.2-acre area bordered by L Street, Railroad Avenue, the Bankhead Theater and the back of First Street businesses is now a big dirt lot and a parking area. Both groups want to transform the area into a park with more affordable housing, shops and restaurants, a blackbox theater and science center.

But they have different ideas for how it should be done. During eight public meetings in 2017, more than 2,000 people weighed in on what they want downtown Livermore to look like. Priorities included a public park, preserving the character of the community, more parking and affordable housing, according to city documents.

In early 2018, the council came up with a new downtown plan that attempted to balance the priorities of the people with the budget, infrastructure needs and a requirement for the city to include affordable housing.

The City Plan includes a four-building complex of 130 affordable studio, one-bedroom and two-bedroom apartments in the northwestern part of the development. The city wants to build a parking garage on the southwestern portion of the property. More parking spots would go in east of the garage.

The property near Blacksmith Square at Livermore and Railroad Avenues would include a public fountain surrounded by a proposed Science and Society Center, a Blackbox Theater, retail buildings and the long-promised Stockmen’s Park.

The city wants to put a hotel between Livermore Avenue and the Bankhead Theater. The city has done some preliminary construction, including prep-work for Stockmen’s Park, and built a new street, Veterans Way.

The city’s plan doesn’t sit well with the Central Park group. They believe officials are ignoring what people in Livermore want.

“The idea is not to put so much housing right on an area that could be open space for the community and visitors,” said Tamara Reus, a group member. Central Park plan supporters created a political action committee to promote their plan through advertising and commissioned a rendering to show their vision of a reinvigorated downtown.

The plan features a large, central park that would span from the Bankhead Park Plaza to L Street, and a parking structure on the southwestern portion of the property.

Parking on both sides of Livermore Avenue, the entertainment center of town, should not be lost, they state. They propose an Eastside Garage with a signature restaurant on the ground floor.

They want to bring in a larger, higher-end hotel and build a center for design, culture and education east of L Street and north of Veterans Way.

The plan includes 84 smaller units of affordable housing south of the center portion of Veterans Way, as well as an additional 46 units on Pacific Avenue. An L Street Garage meets the needs of First Street businesses. Stockmen’s Park, a fountain, the Blackbox Theater, and retail buildings would be placed next to Blacksmith Square.

A larger hotel with a restaurant and higher room rates could generate more revenue for the city through taxes and attract tourists looking to vacation in Livermore Valley’s wine country, Reus said. She points out the potential economic boost could offset the cost of the larger 3-acre park, for instance, and should be factored into any analysis of the two proposals.

Reus said her group’s design would also make it easier for people to park near the Bankhead Theater, Blacksmith Square and surrounding restaurants. “There are a lot of people who are older and less physically able. It would be better for them if they had parking closer to Livermore Avenue than L Street,” Reus said.

Supporters of the city’s plan say their design would do more to address the Bay Area’s serious housing crisis, while still providing some new green space for everyone.

“The city came to what I think is a very elegant compromise,” said Asa Strout, a member of Unify Livermore. Strout said he decided to get involved because he wants to see Livermore improve prime downtown real estate that has been empty for decades. Even in a comparatively “affordable” part of the Bay area, housing prices are driving away young families and entry-level workers.

“A lot of my friends don’t live in the city anymore because it’s too expensive,” the Livermore native said. People with incomes that would make them well-off elsewhere in the U.S. are struggling to make it in Livermore, Strout commented. A family of four with an annual income of $140,000 would qualify for partial housing assistance under federal guidelines, he said.

Advocates earlier this year gathered enough signatures on a petition to put an initiative in front of voters. If approved, it would change downtown zoning to make their project possible.

Strout is concerned that language in the Central Park initiative does not include the specific references to lower-cost housing which exists in the city plan. The initiative replaces “apartments” with “dwellings,” which he said is a legally-vague term more open to interpretation. It replaces “will be affordable to a variety of incomes, serving the Livermore workforce” with “will provide much-needed multifamily housing to residents who enjoy the dynamic downtown lifestyle.”

“There is a clear, distinct strike through the word affordable. That simple strike turns the housing from legally-defined affordable housing to market rate,” Strout said. “That changes the math, changes the cost dramatically.”

Reus balks at the suggestion that her group is trying to shut lower-income people out of downtown by building smaller, less central units. “It’s small units, so we will attract a certain demographic, but that demographic needs housing too,” Reus said. “It’s not true that we don’t intend it to be affordable housing.”

The city plans to release the report during the council meeting scheduled for 7 p.m. on Monday at 3575 Pacific Ave., Livermore. People can also watch the meeting on Tri-Valley Community TV or use the video on demand service to see it online at tri-valleytv.org.