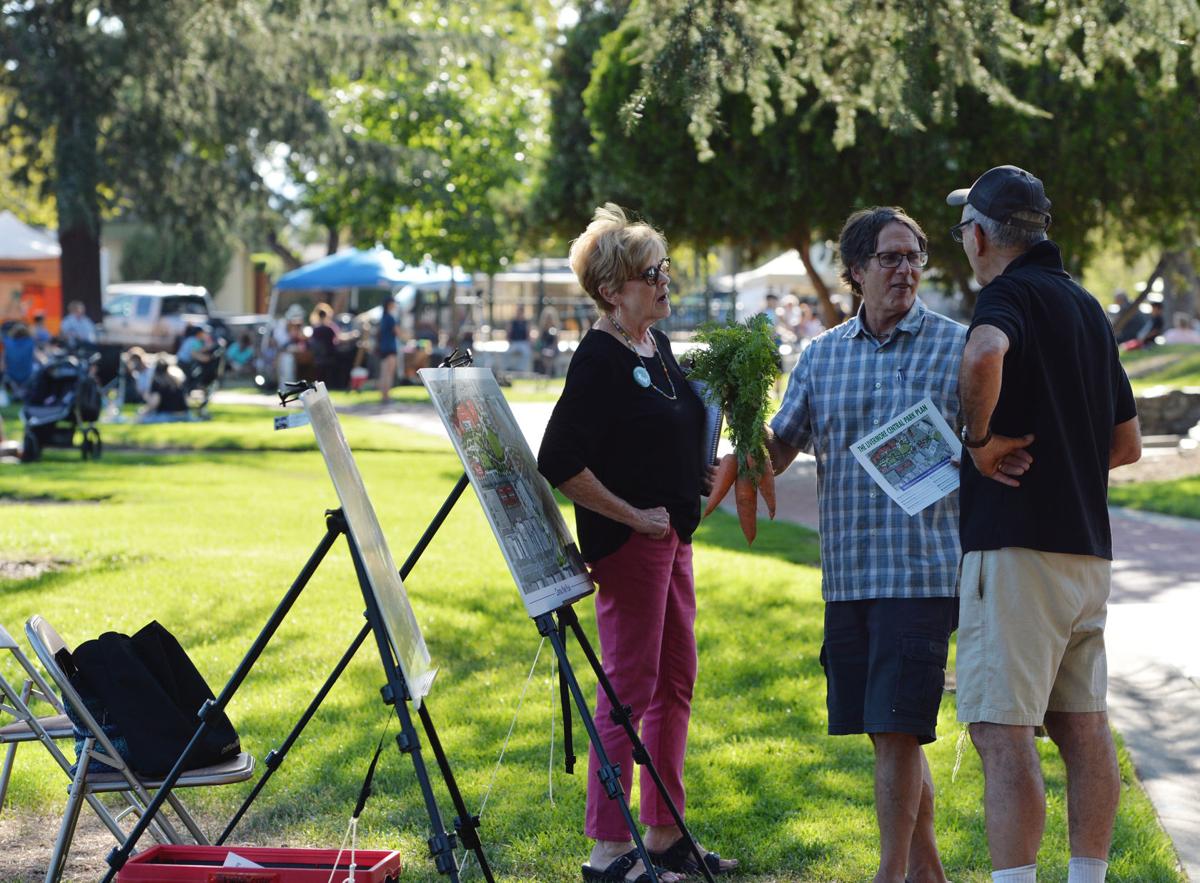 This week Central Park Plan supporters said they’re turning in more than 8,500 signatures for a referendum to overturn the city's agreement with Presidio to build its Eastside Hotel. If the required 5,269 signatures were certified, the referendum will be sent to the Alameda County Registrar of Voters, which would determine whether the measure qualifies for the ballot. (Photos - Doug Jorgensen) 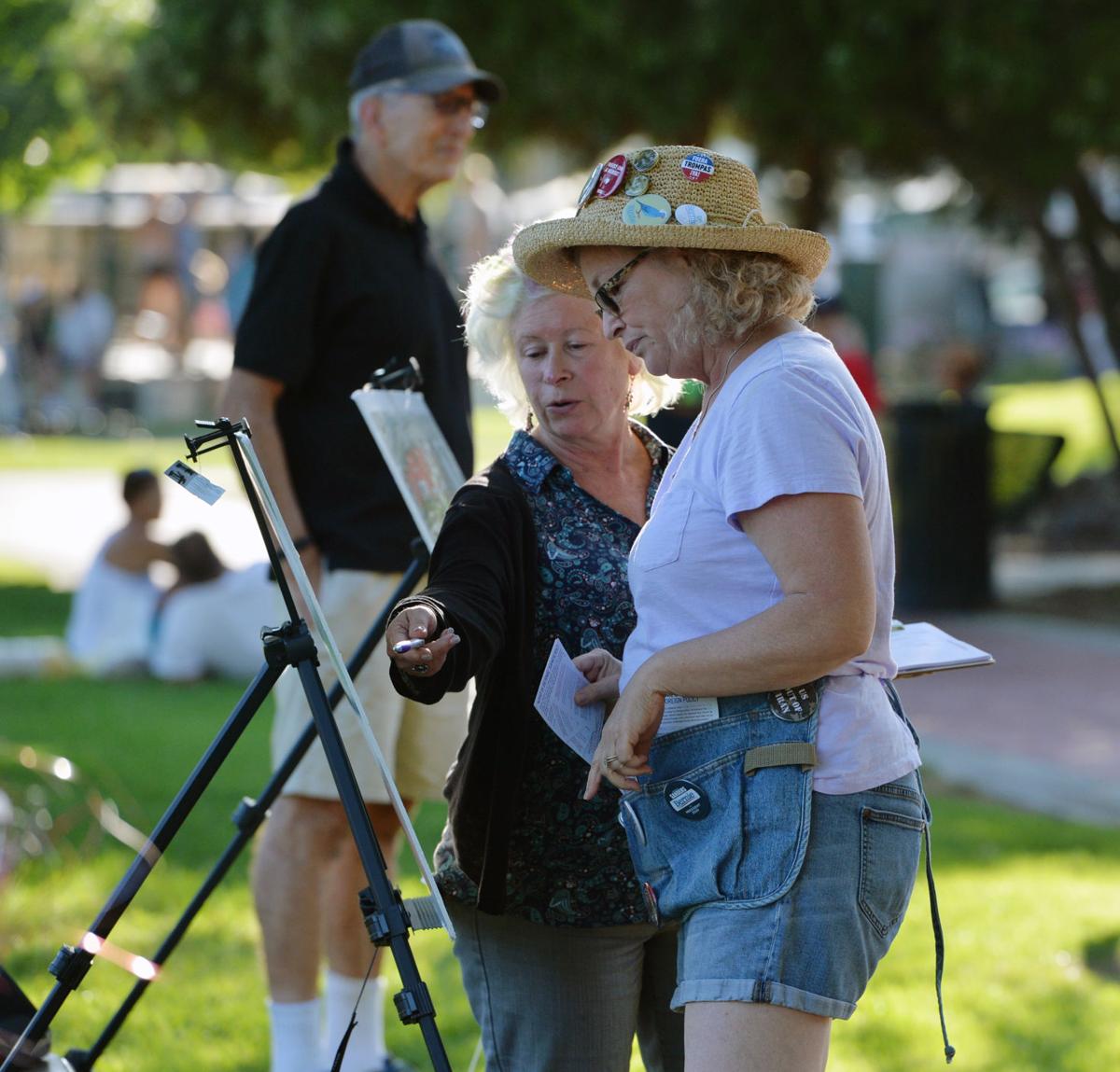 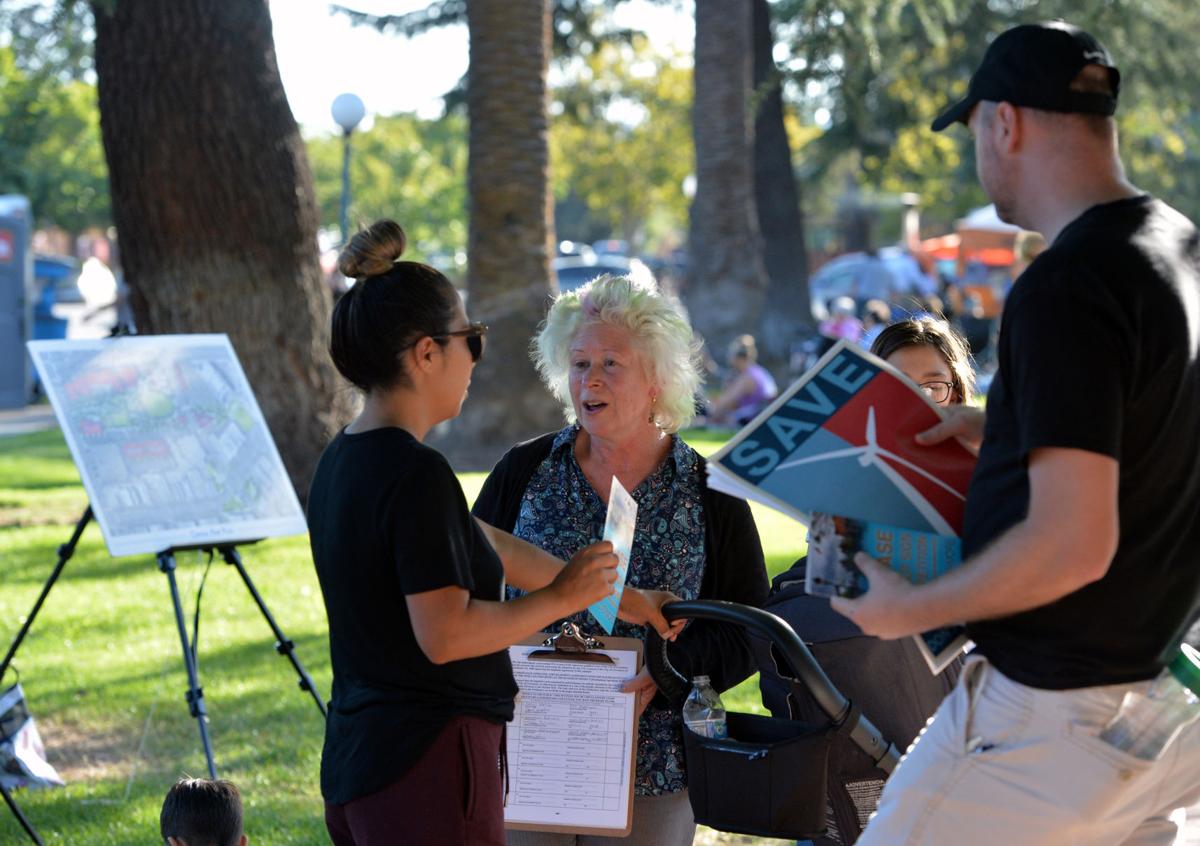 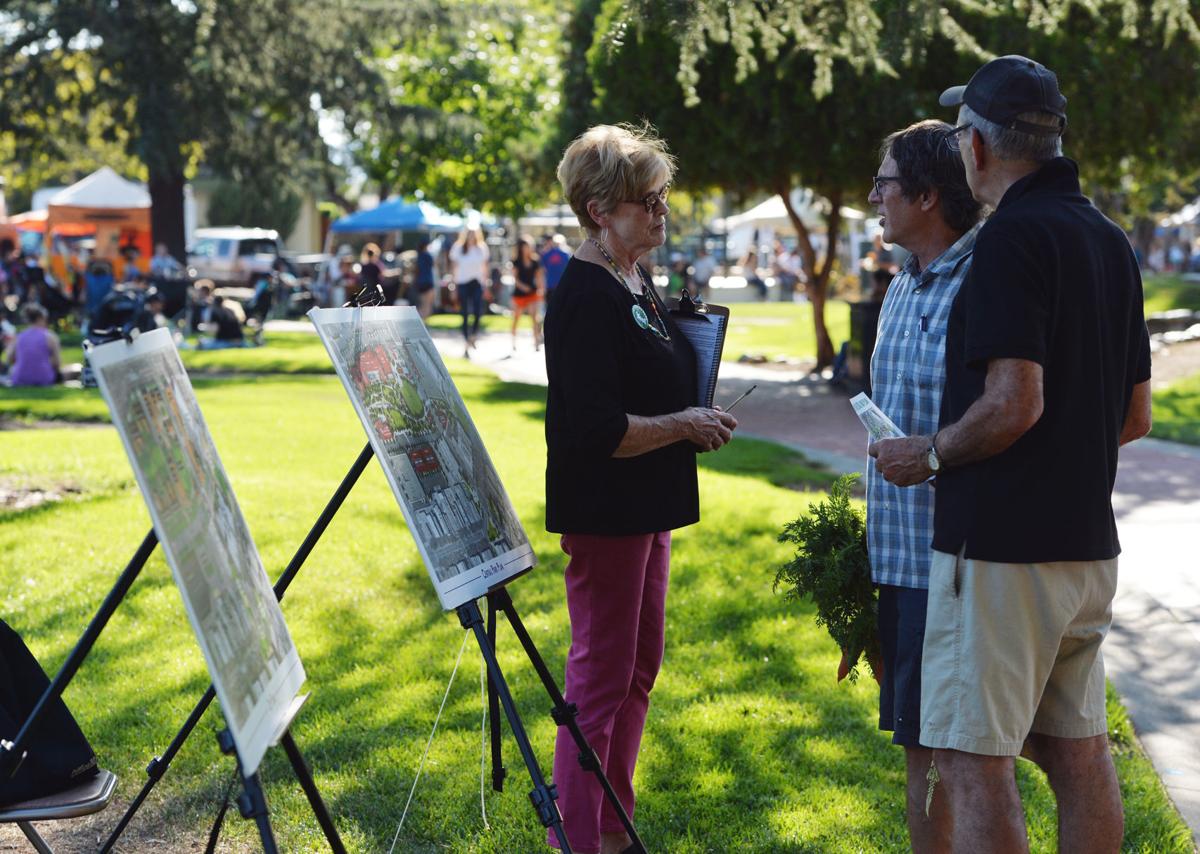 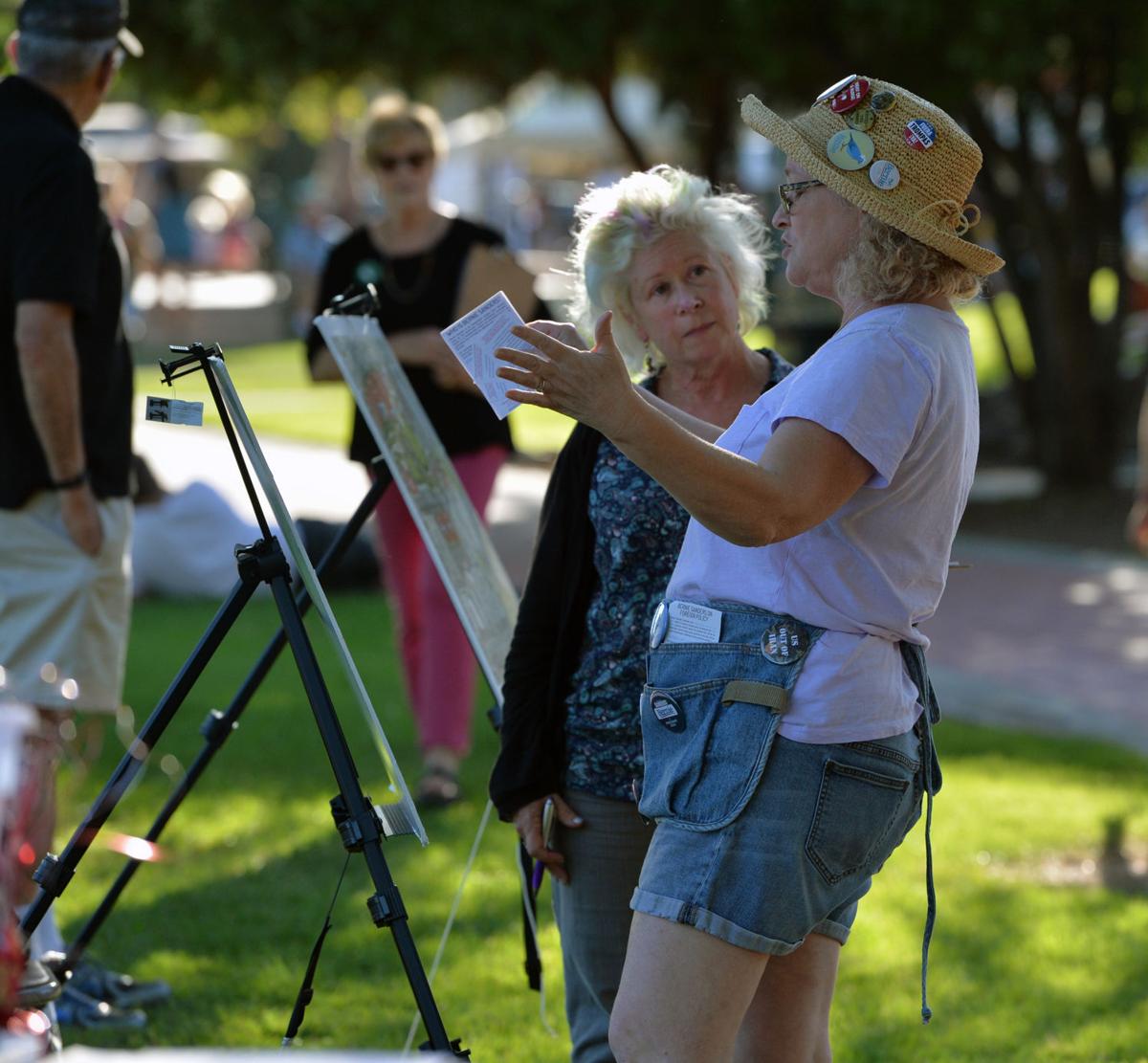 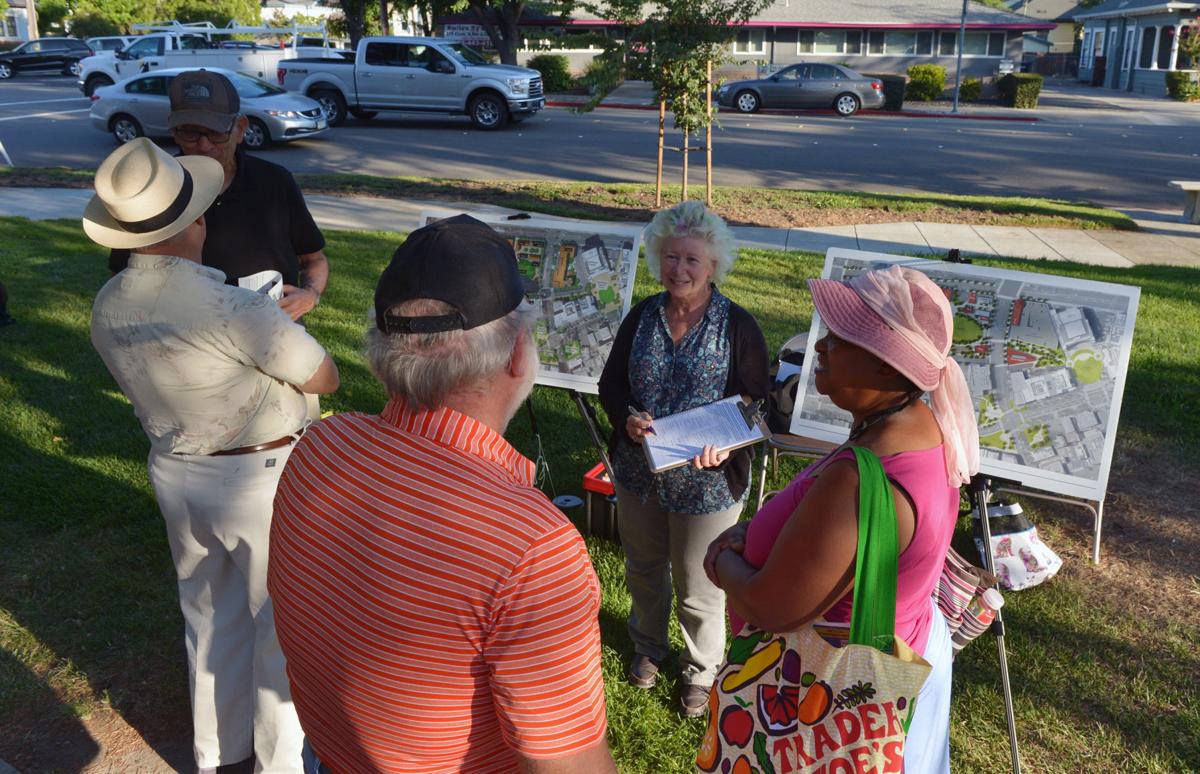 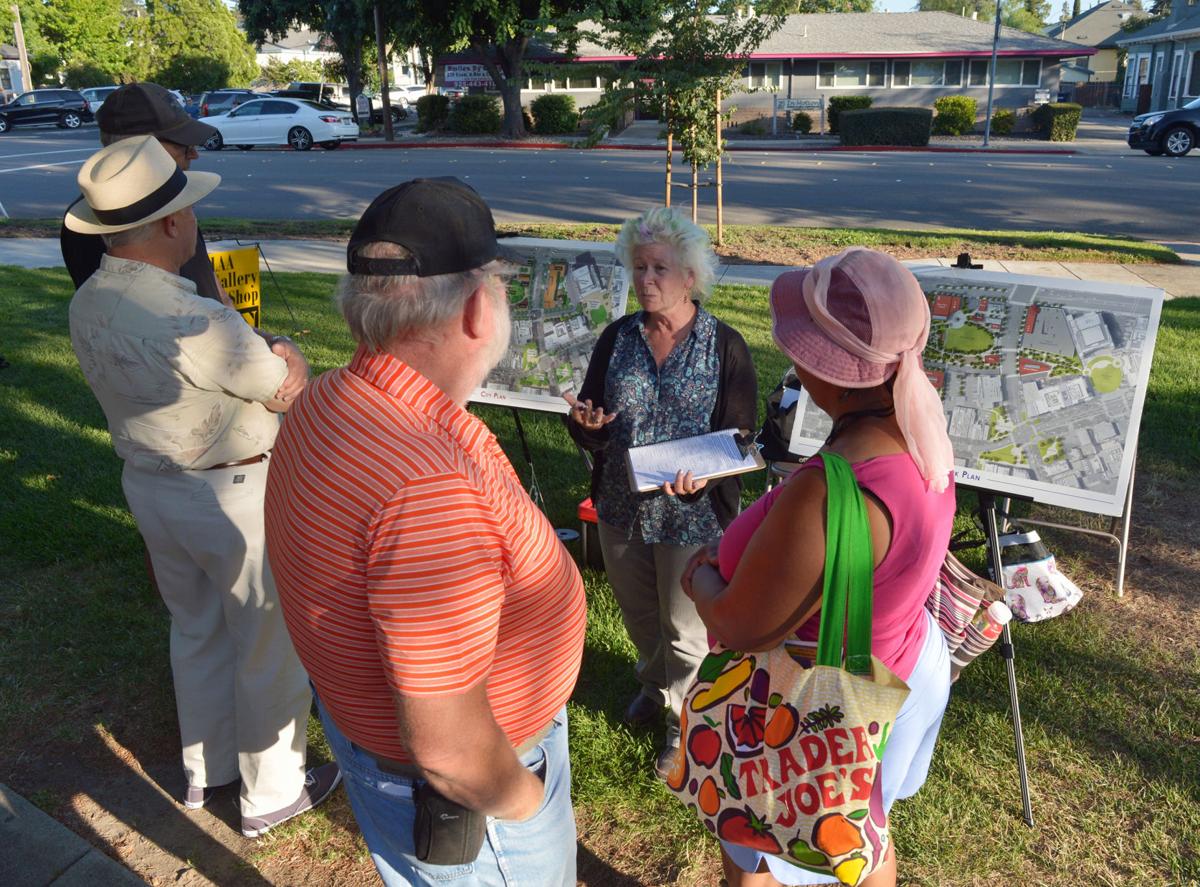 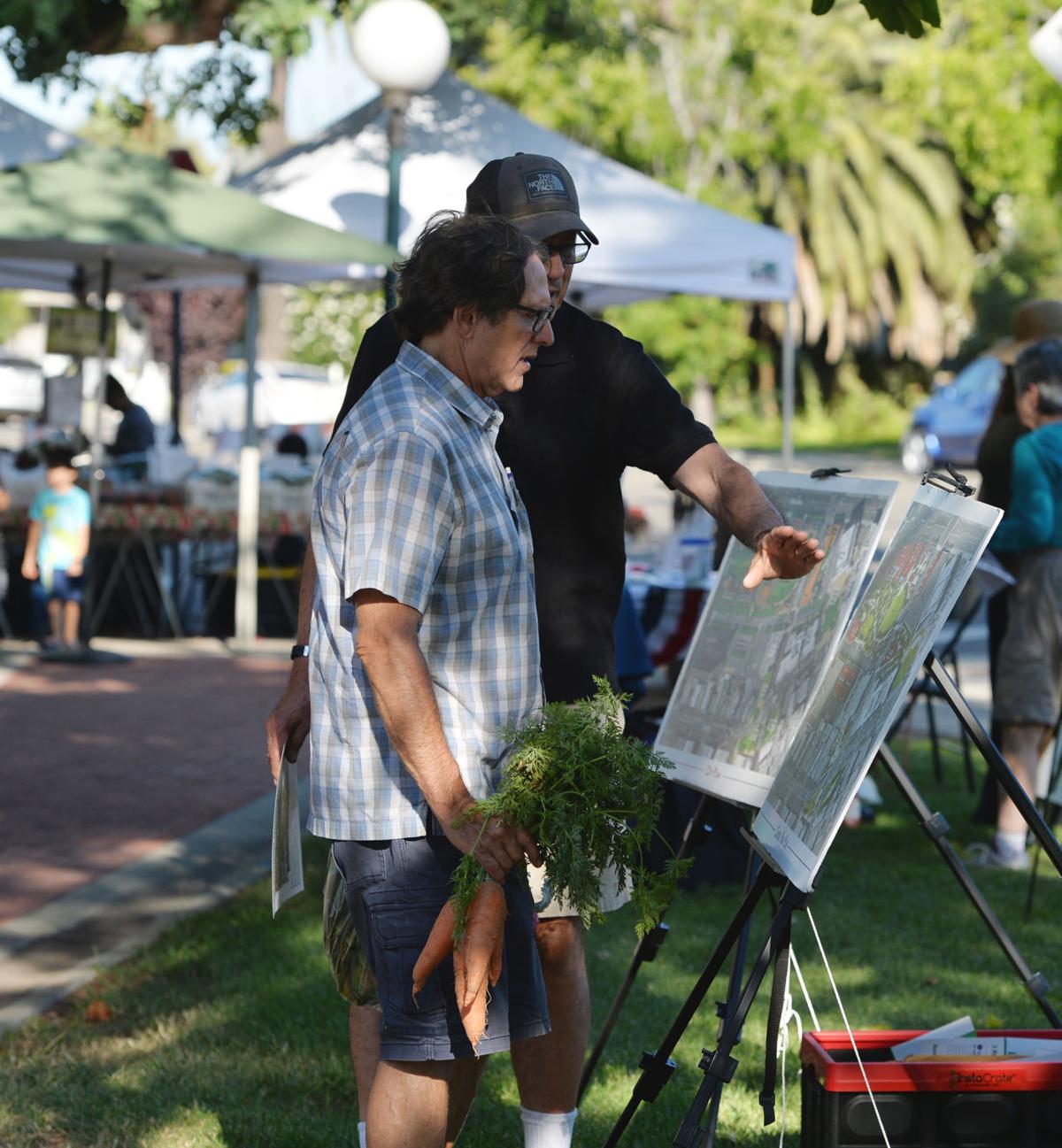 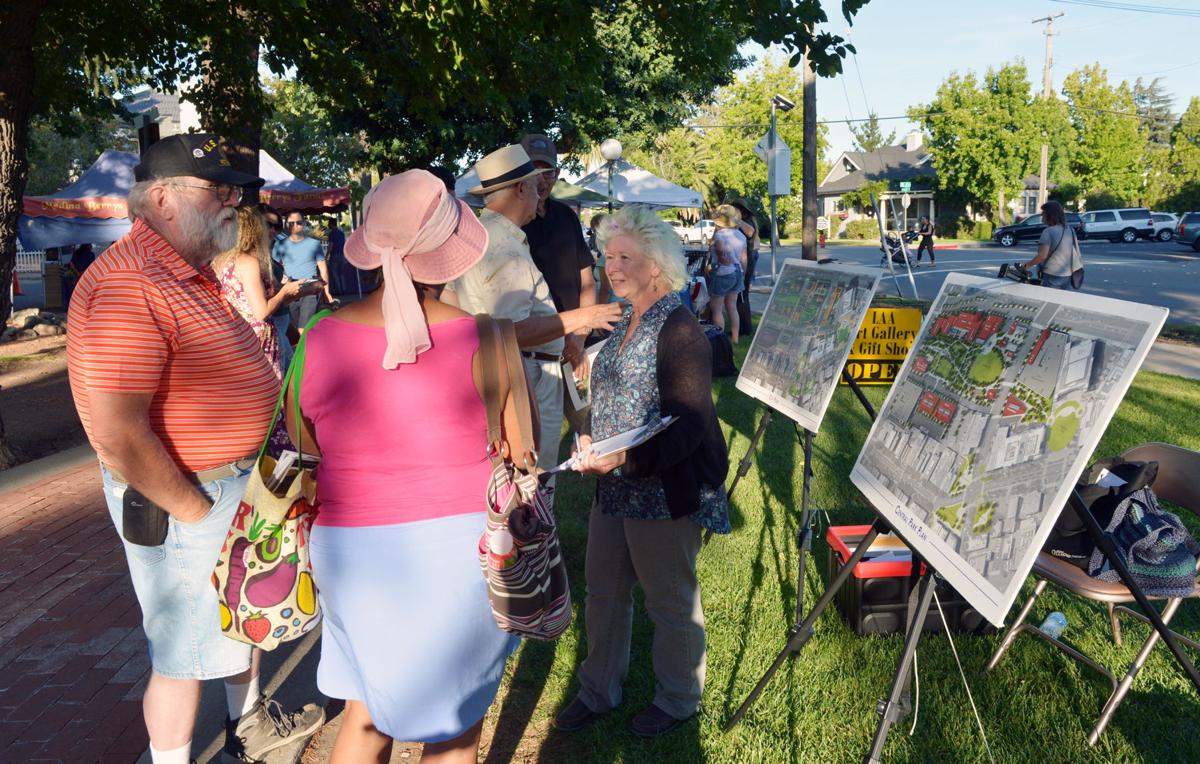 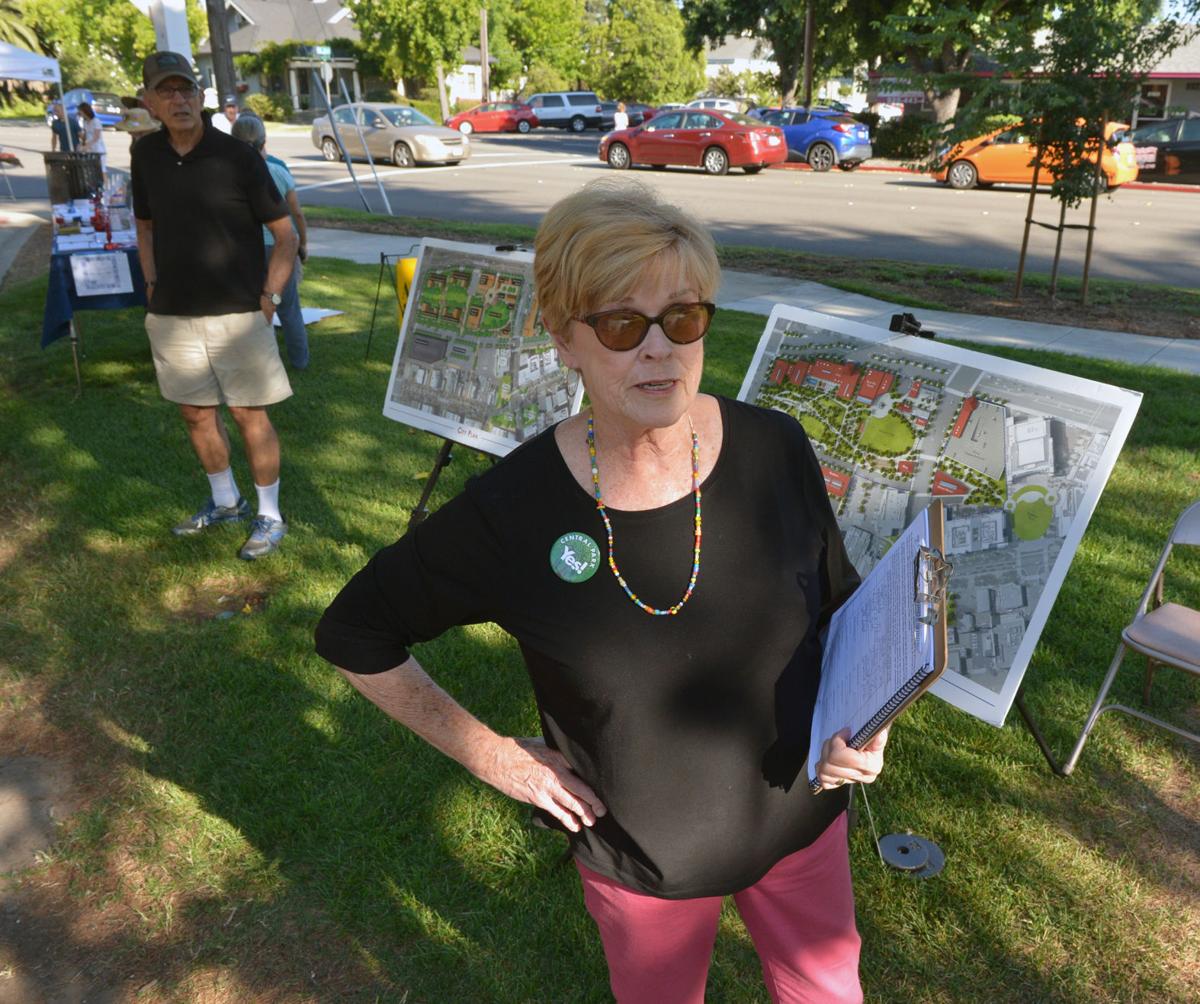 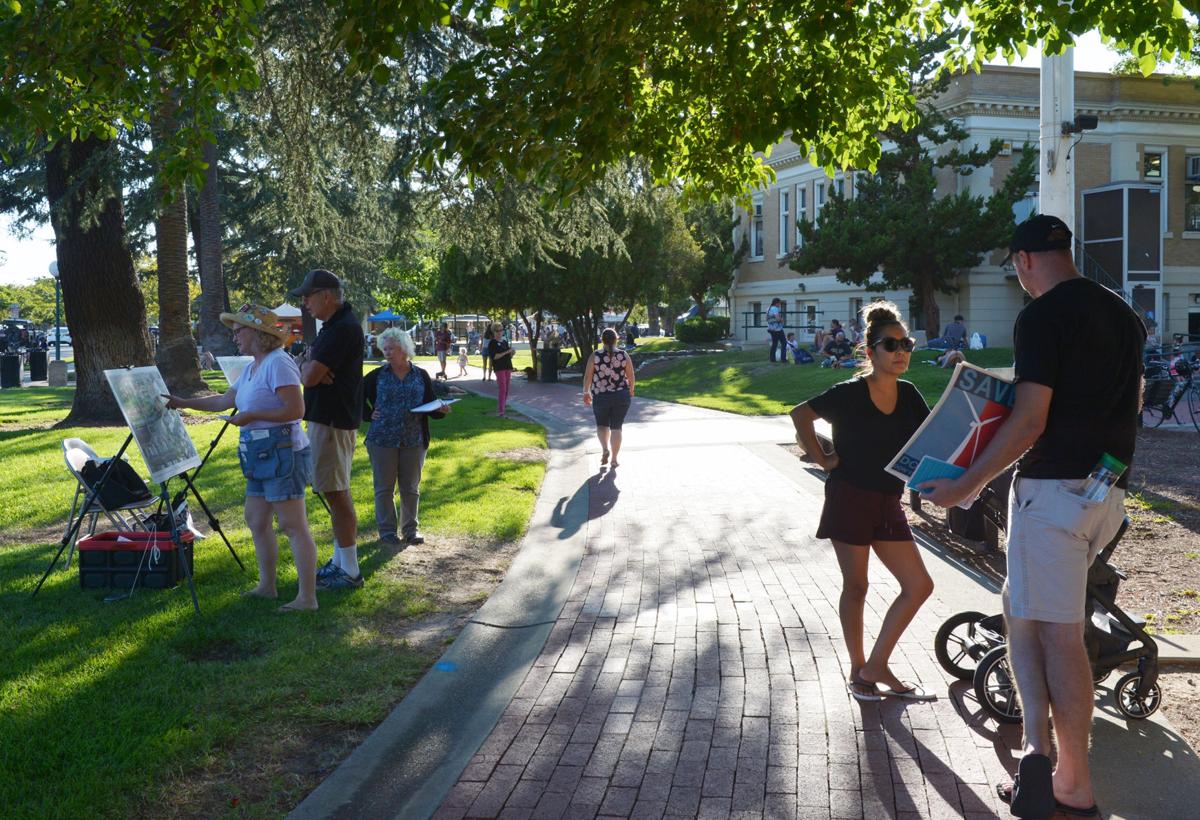 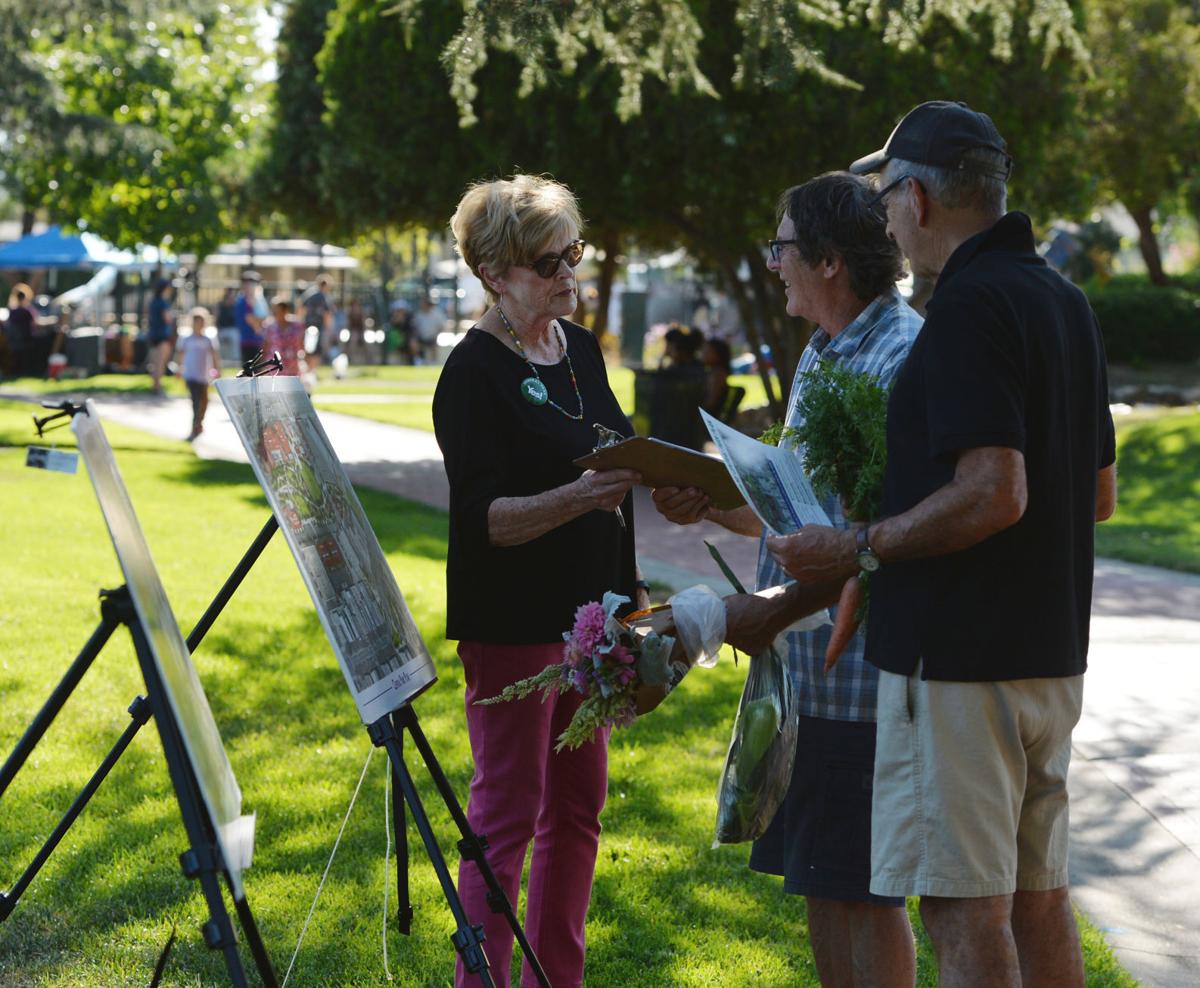 This week Central Park Plan supporters said they’re turning in more than 8,500 signatures for a referendum to overturn the city's agreement with Presidio to build its Eastside Hotel. If the required 5,269 signatures were certified, the referendum will be sent to the Alameda County Registrar of Voters, which would determine whether the measure qualifies for the ballot. (Photos - Doug Jorgensen)

After hearing a report by city staff that evaluated the effects of the Initiative, the five elected leaders decided to let voters weigh in during the next Livermore general election. Putting the question before voters next year is expected to cost Livermore about $15,000, City Clerk Sarah Bunting said.

By state law, the council’s other options included approving the Initiative or holding a standalone election in December that would have cost up to $800,000, according to estimates from Alameda County.

City staff presented their findings in a document called a 9212 report. In the report, they outlined uncertainties with the proposed Central Park Plan. If approved, city staff said, more time and money would be needed to develop the 8.2-acre area in the heart of Livermore.

The site, bordered by L Street, Railroad Avenue, the west side of the Bankhead Theater and the back of First Street businesses, is now used for parking.

Supporters of both plans want to transform the area into a park with a hotel, affordable housing, shops and restaurants, a black box theater and a science center. Both plans also include ground-level parking and garages.

The city’s plan includes precise locations for everything in the development. The Central Park Plan offers the City Council some flexibility on where to locate the science center, black box theater and retail, for example.

Lisa Tromovitch, founder of the Livermore Shakespeare Festival, said her organization already paid for plans for the city-proposed site. If plans change with the initiative, the nonprofit, which expects to call the black box theater home, could lose money, she said.

If voters approve the initiative, city staff estimates it would take at least four more years and more money to complete the project. They said the council would have to start the development process from scratch. The city would need to prepare a request for proposal, establish a citizens steering committee, conduct public outreach, prepare agreements to seek development partners, prepare new technical analysis, create a new phasing program, and approve land use entitlements.

Councilman Bob Coomber said the staff’s estimated delay was optimistic. He pointed out the potential for the project to be slowed by lawsuits over broken development agreements and a lack of money to pay for the alternative plan.

Tamara Reus, of the Central Park Plan group, accused the council of using “scare tactics” and manufacturing the delay.

The Initiative, if approved, pins down the main features of the Central Park Plan. These include the park, parking, residential units and a “destination, resort hotel on the westside,” Reus said. “Why would the city conduct a Public Outreach Process to study alternatives? The main elements would have been decided. And who would trust the council’s intention anyway,” she asked. “The council ignored the outcome of the last public outreach process.”

City staff said a delay could cause Presidio, the hotel developer, to drop out, and maybe other partners as well. Reus said a national hotel developer expressed interest in building the westside hotel if Presidio drops out, and the commercial retail developer is expected to stay either way. The proposed cultural and residential developments are not slated to take out their building permits until 2023 and 2024.

Livermore Valley Chamber of Commerce Chairman Steve Larranaga encouraged the council to move forward with it’s approved plan, rather than “waste time on a senseless initiative.”

Supporters of each plan disagree about where parking is most needed. The Central Park Plan concentrates it on Livermore Avenue, which supporters say is more convenient to downtown’s shopping and entertainment. The city parking plan emphasizes L Street. Both plans include I Street. And although the Central Park Plan includes more spaces — 895 compared to the city’s 850 — the Initiative plan’s greater demand would require about 70 more spaces.

There is also disagreement about how green space is being measured.

The city acquired the bulk of the downtown property with about $14.5 million that was slated for affordable housing, which both plans provide. The Central Park Plan includes 84 apartments in two three-story buildings south of Veterans Way and other units on Pacific Avenue. The report shows an average size of 537 square feet for the studio and one-bedroom apartments.

The city plan includes a four-building, three-and-four story complex of 130 affordable studio, one, two and three-bedroom apartments between K and L streets, Veterans Way and Railroad Avenue. It puts another 140 apartments for seniors and veterans on Pacific Avenue. The city’s proposed 270 affordable homes have an average size of 777 square feet, according to the report.

Now, supporters of the Central Park Plan are working to prevent the city from moving forward with its downtown plan before voters have a chance to decide in November 2020.

This week, they’re turning in more than 8,500 signatures for a referendum to overturn the city's agreement with Presidio to build its eastside hotel. If the required 5,269 signatures are certified, the referendum will be sent to the Alameda County Registrar of Voters, which would determine whether the measure qualifies for the ballot.

Livermore resident Neil Herrick said he’d support the best plan. He wants to hear the facts clearly laid out on both ideas and to see them discussed without all the bullying, threats and insults coming from either side.