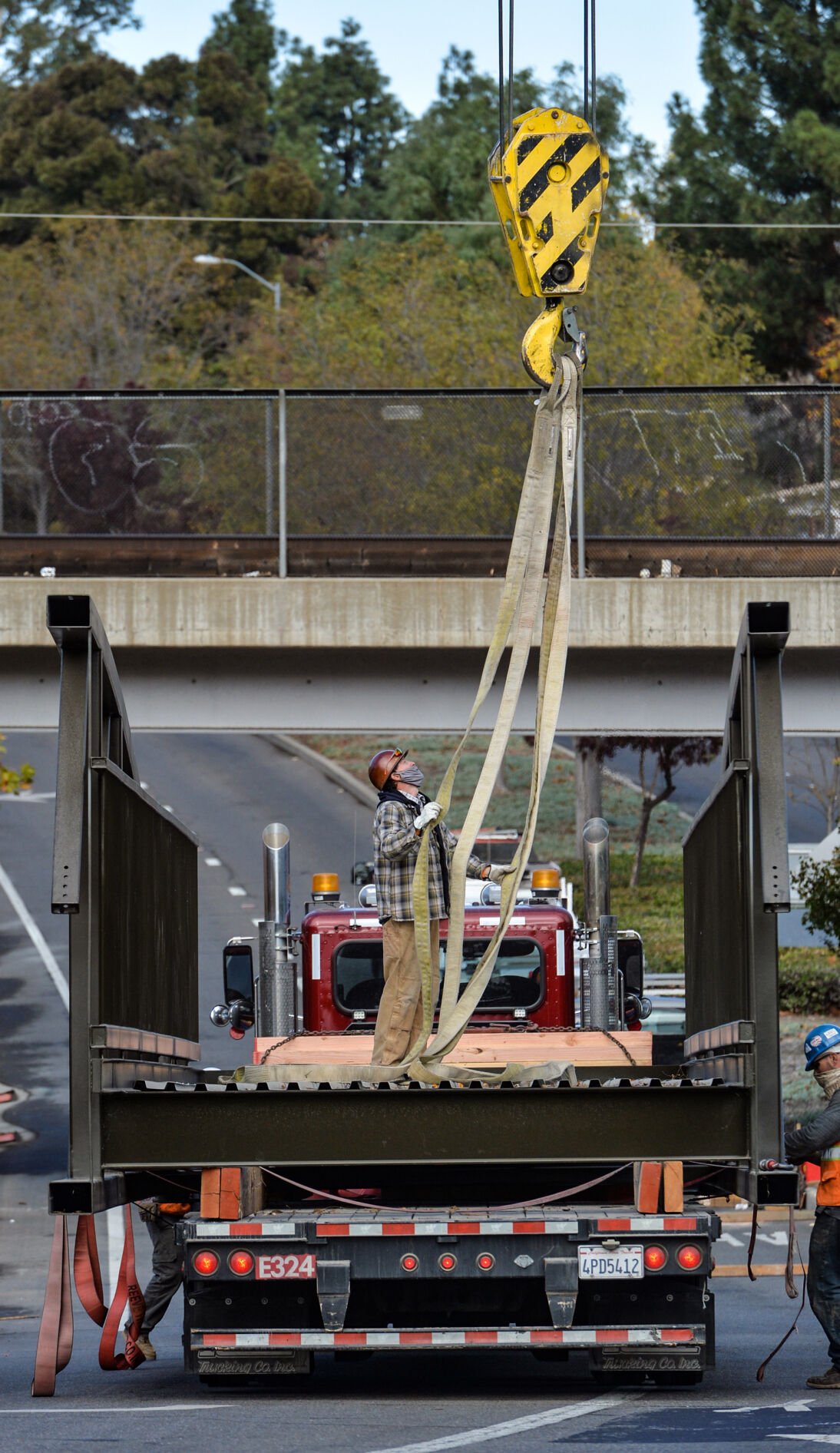 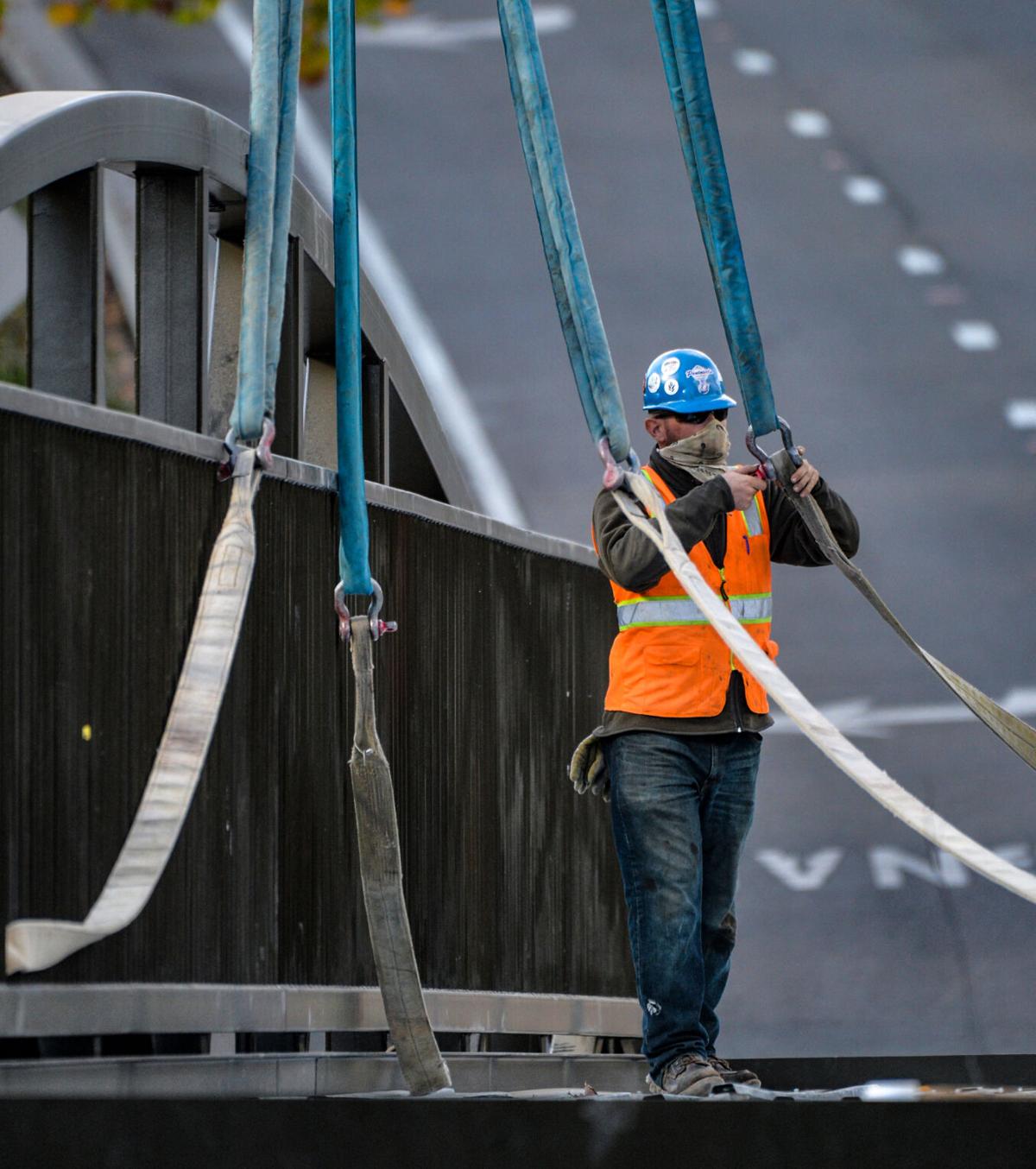 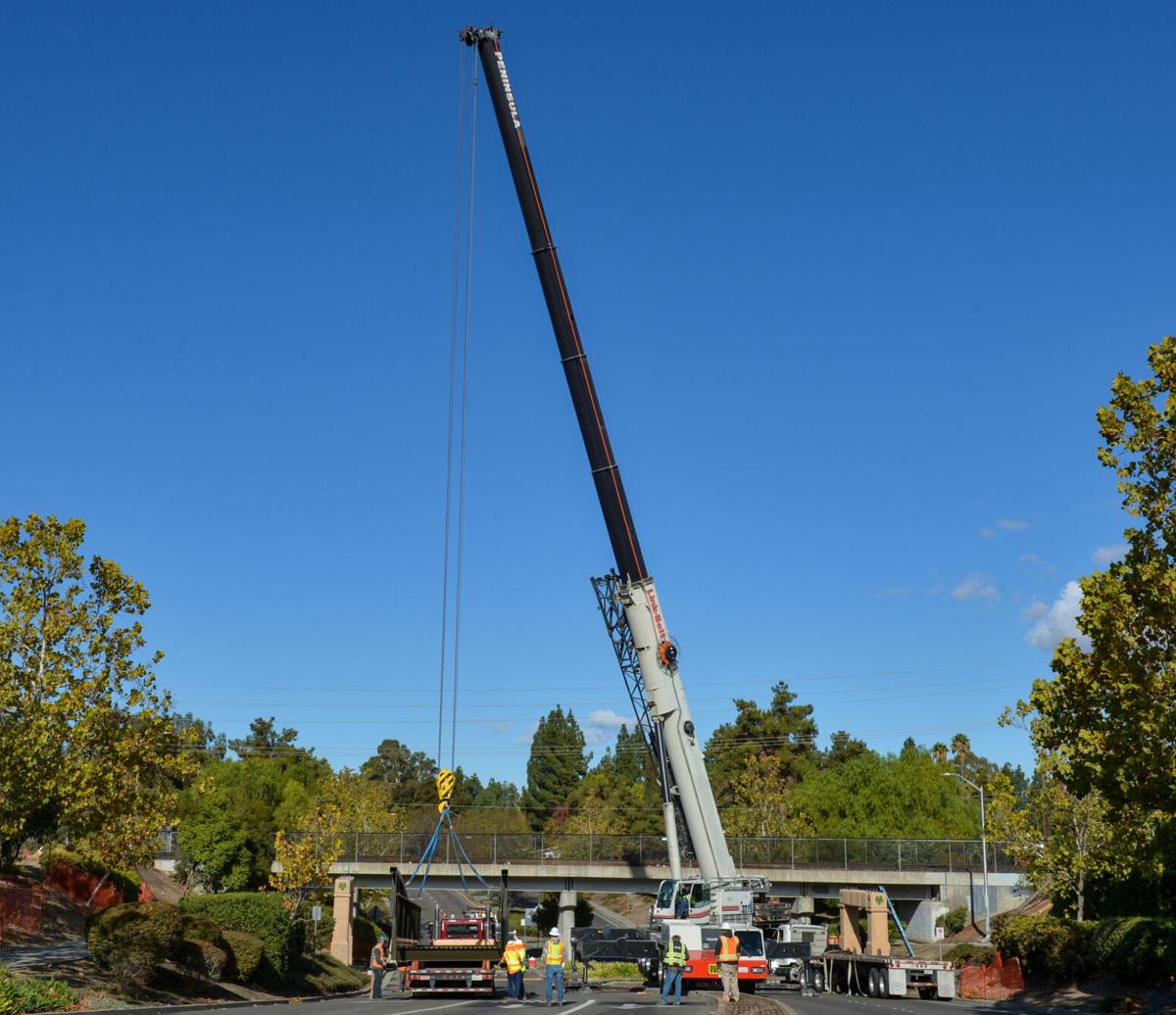 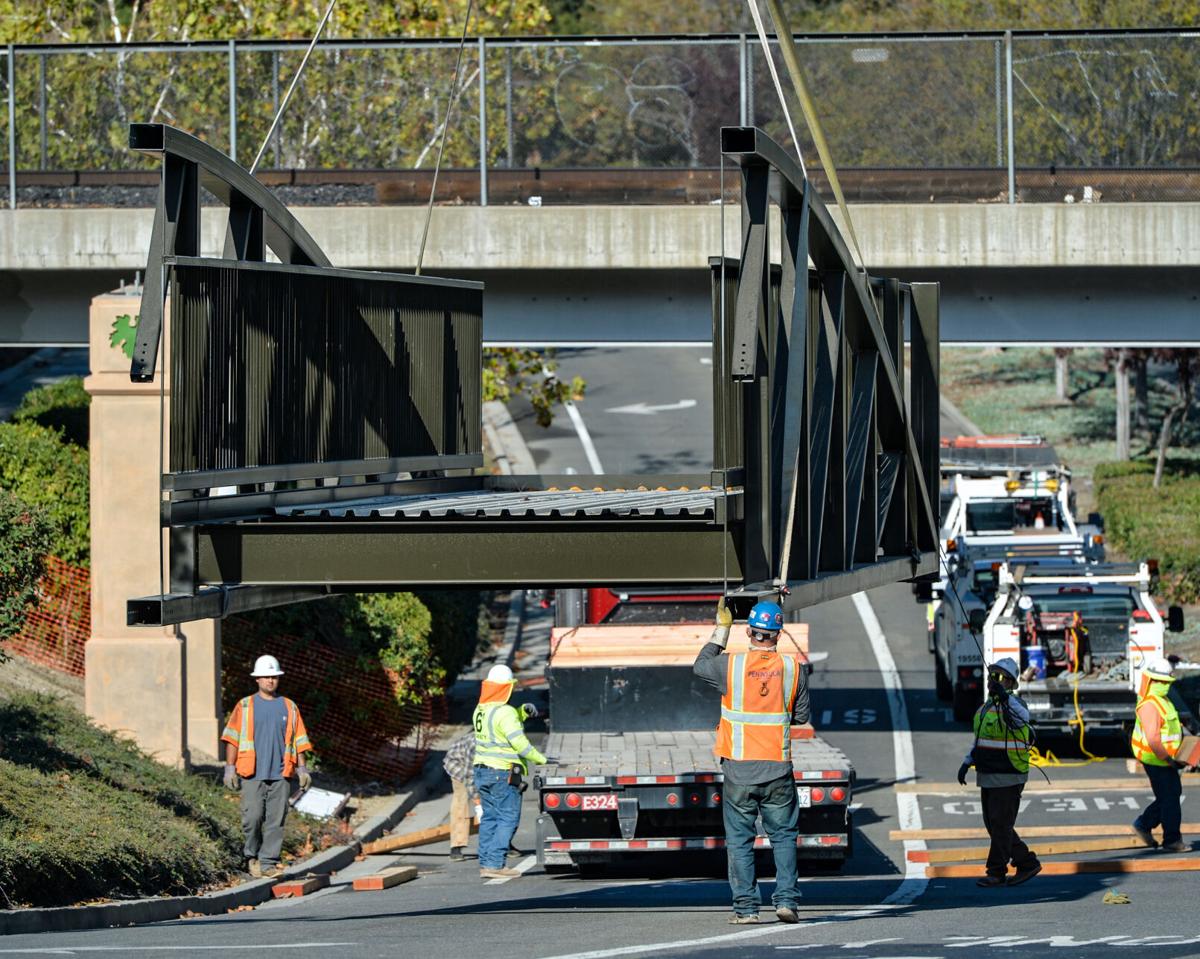 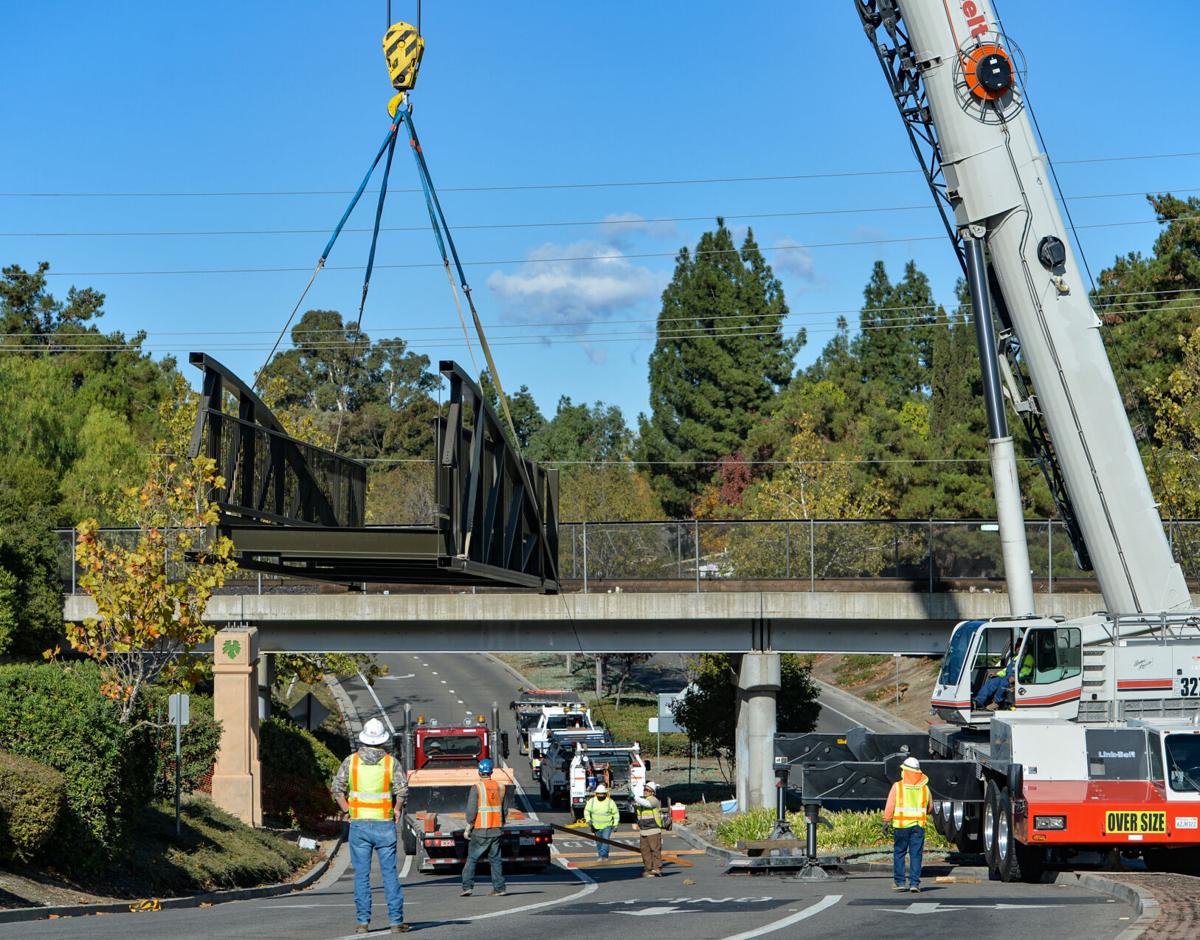 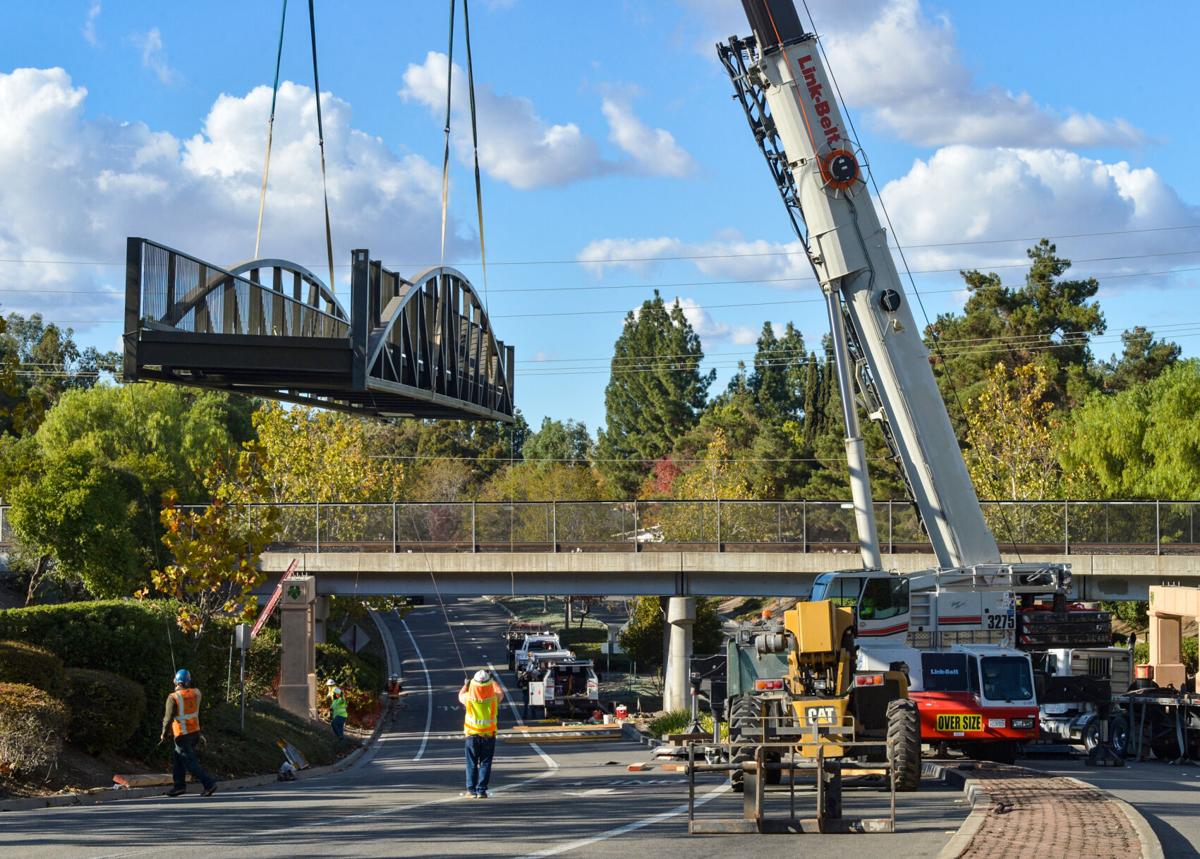 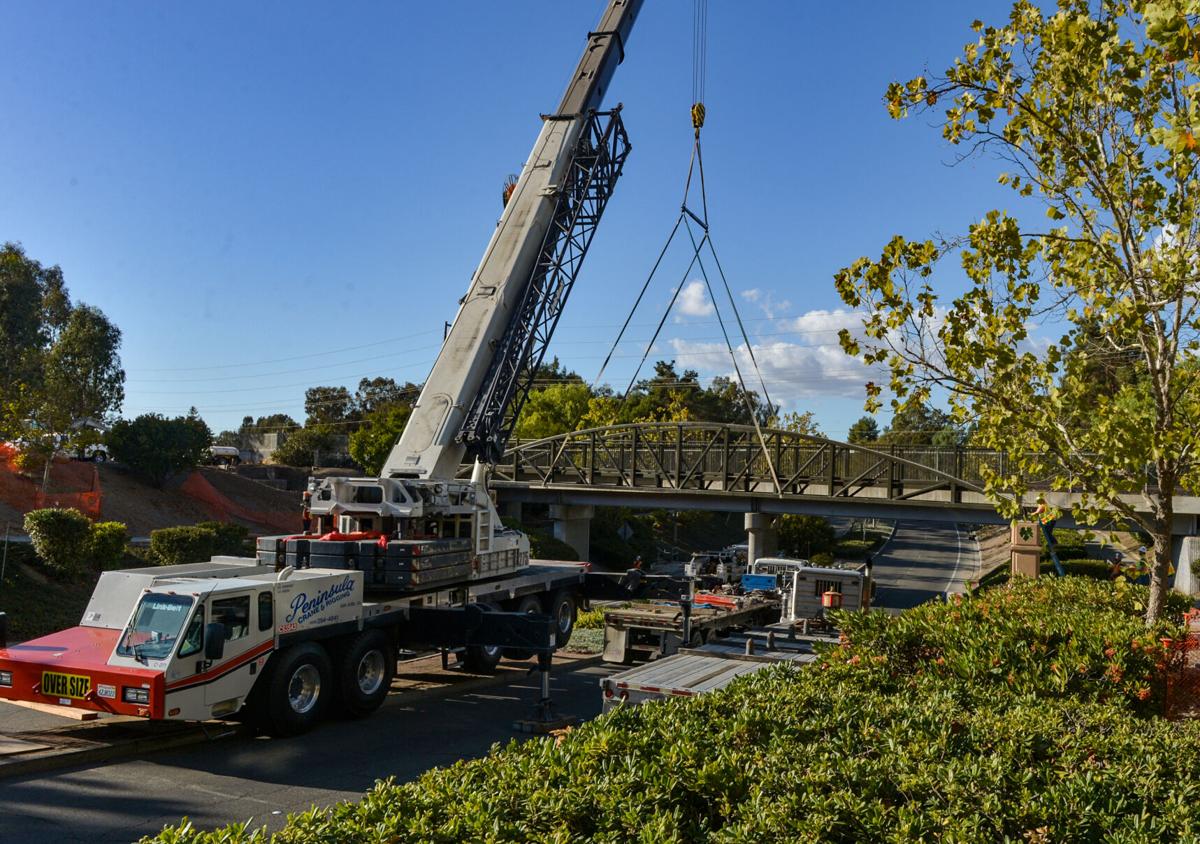 LIVERMORE — The City of Livermore has completed another step on the journey to connecting itself to the Iron Horse Trail.

On Saturday, Nov. 7, the steel frame for a pedestrian bridge was installed over Murrieta Boulevard, south of the railroad crossing, joining Heritage Estates on the east side, and – eventually – to the Iron Horse Trail along Stanley Boulevard on the west side.

“This is a great project,” said Roberto Escobar, engineer and manager for the project. “It’s going to allow folks to go from Pleasanton to Livermore and vice versa. Folks will be able to ride their bikes and run, and so we will have a very good connection to the Iron Horse Trail from Livermore.”

The installation of the bridge is part one of a two-part project designed to tie Livermore to the Iron Horse Trail. Once the bridge is complete, the city will work on the second part of the project, building approximately one mile of trail to link the path to Stanley Boulevard and thence, the Iron Horse Trail. Escobar said the city hopes to complete the trail segment next year.

The cost of the project – both the bridge and the trail segment – is $2.4 million dollars. Of that cost, $1.62 million comes from the Measure B half-cent transportation sales tax passed in 2000; $193,000 from a grant from the Transportation Fund for Clean Air; and $590,000 from the City of Livermore.

Construction manager Mike Stamm described the bridge as a steel, prefabricated bridge, delivered to the city in three sections. He noted it would have decorative and safety lighting for pedestrians, and fit with the general aesthetics of the area. Escobar agreed.

“During the bridge selection, we decided to go with an arched truss bridge, in the style of an old railroad bridge, because it goes right next to the Union Pacific Railroad line, so it goes with that aesthetic,” Escobar said.

“It’s exciting to be able to complete another segment of a major trail like the Iron Horse Trail at the edge of downtown to help bring more people into the heart of the city,” said Bob Vinn, assistant city engineer. “The staff has done a great job implementing this project. Anytime we can finish a major transportation connection – and transportation is more than just serving cars – it’s exciting. It adds mobility and gives people more freedom to move around.”