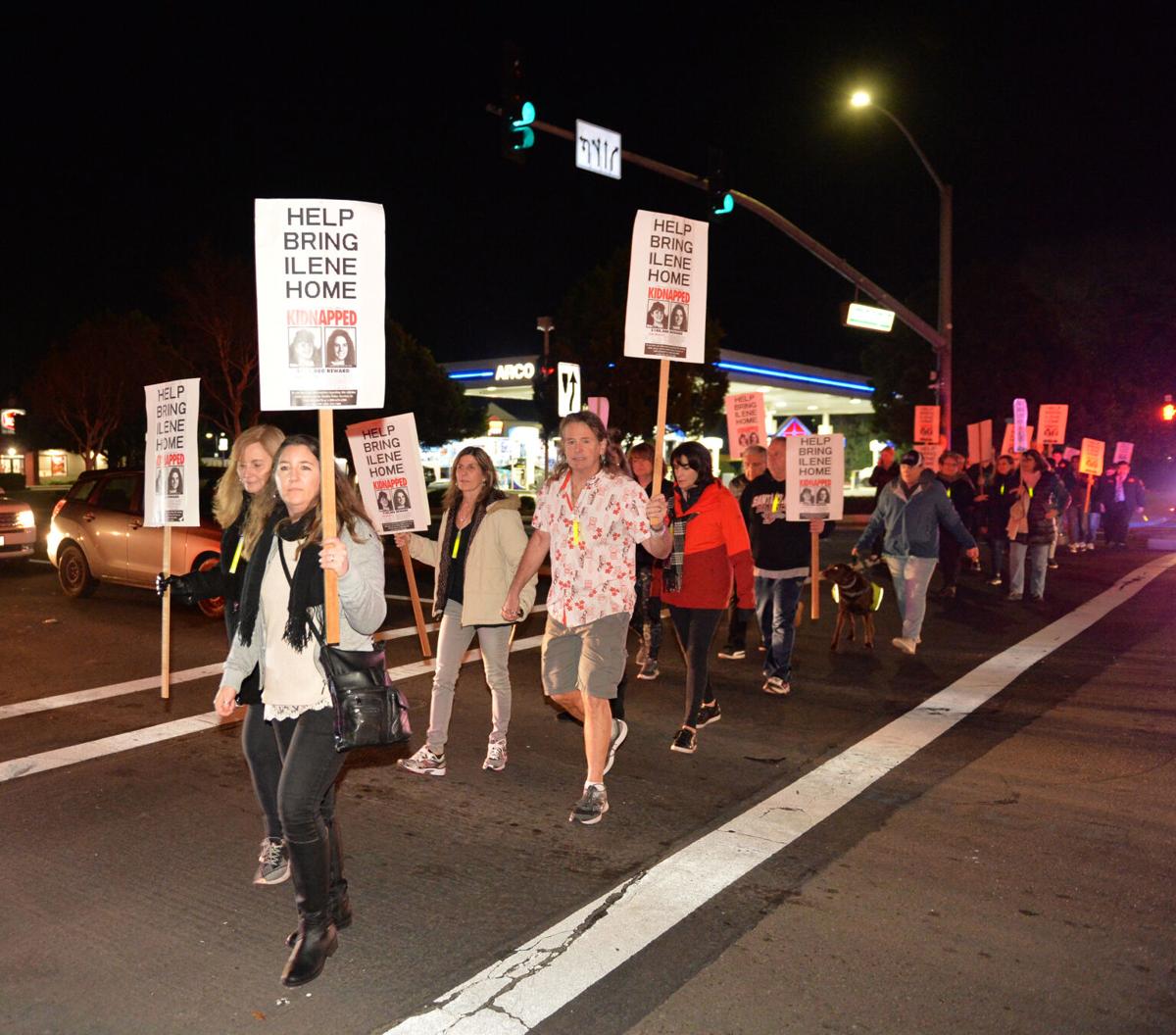 Dublin observed a candlelight walk and prayer service in honor of Ilene Misheloff on Thursday, Jan. 30, 2020. The event marked 31 years since Ilene disappeared Jan. 30, 1989. She was 13 years old at the time. Investigators are now looking into a new suspect regarding this cold case. (Photos - Doug Jorgensen) 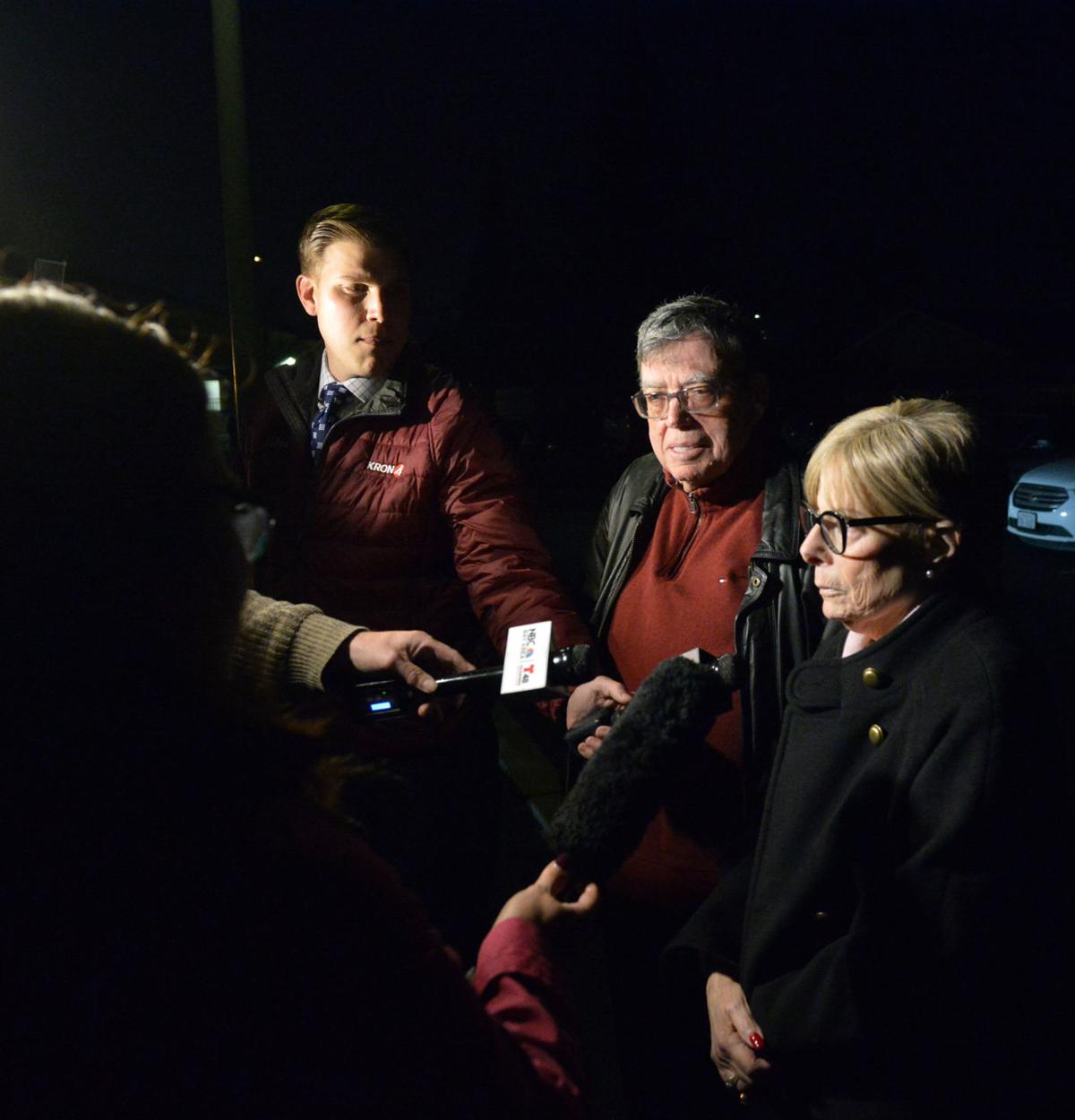 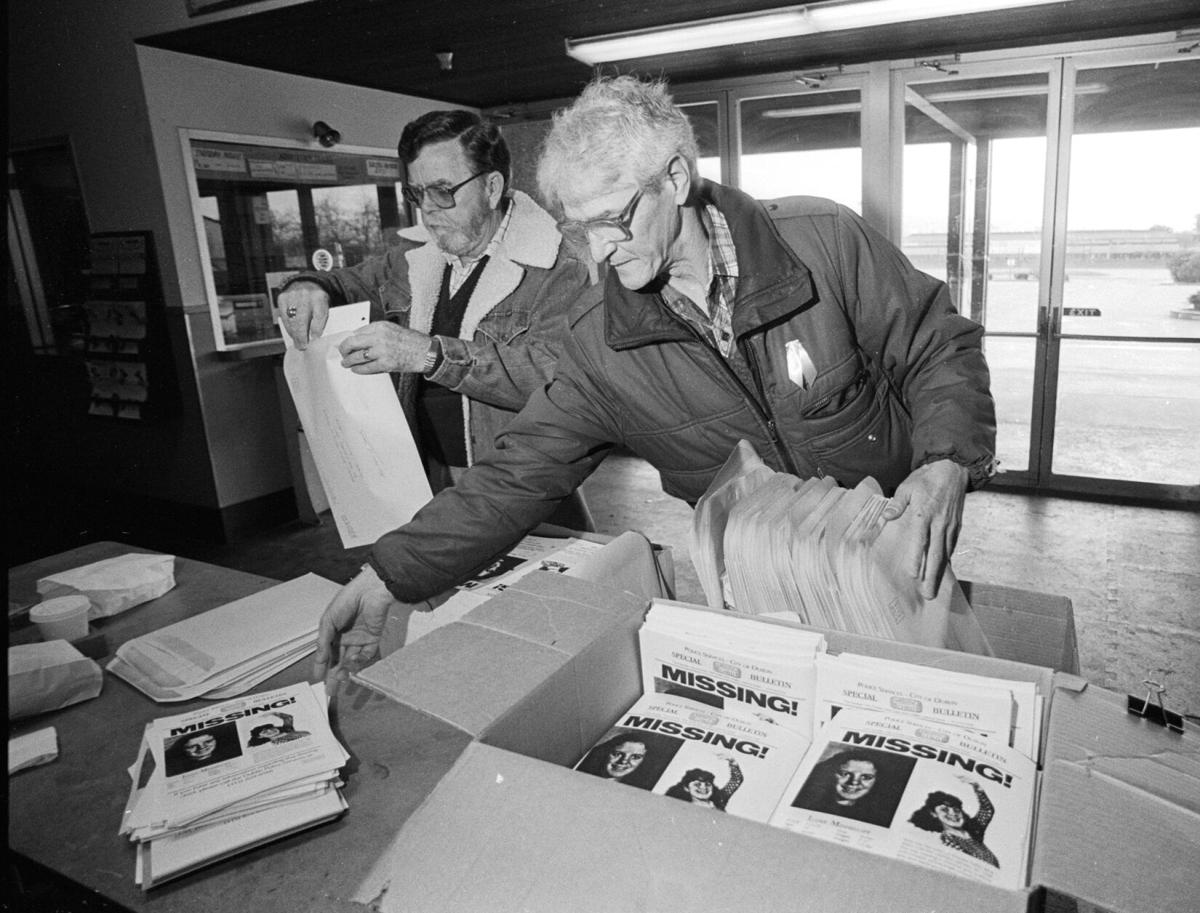 Michael Misheloff (left) works with a volunteer in 1989 to distribute fliers for his missing daughter, Ilene. (File photo)

Dublin observed a candlelight walk and prayer service in honor of Ilene Misheloff on Thursday, Jan. 30, 2020. The event marked 31 years since Ilene disappeared Jan. 30, 1989. She was 13 years old at the time. Investigators are now looking into a new suspect regarding this cold case. (Photos - Doug Jorgensen)

Michael Misheloff (left) works with a volunteer in 1989 to distribute fliers for his missing daughter, Ilene. (File photo)

DUBLIN — Police are looking into whether a man charged recently with killing 9-year-old Michaela Garecht in Hayward in 1988 is linked to the unsolved disappearance of Ilene Beth Misheloff, a Dublin teenager believed abducted on her way home from school and never seen again.

Although so far nothing directly ties David Emery Misch to the 13-year-old's disappearance, both kidnappings occurred in the Bay Area within a few months and no bodies were ever found. The disclosure that police are investigating the 59-year-old convicted murderer already in prison for killing a woman in Hayward in 1989 comes as the 32nd anniversary of Ilene's abduction approaches.

"This is one of the ones I take personally," said Dublin Police Capt. Nate Schmidt, who worked the cold case investigation in 2004 and 2005.

Ilene's father, Michael Misheloff, remembered the call from his wife, Maddi Misheloff, about 6 that evening. Ilene was not home when Maddi returned from work. Maddi learned Ilene never showed up at the ice rink where she liked to practice.

As Michael made his way home from work in Silicon Valley, his wife called the police.

"I kept thinking there must be some other thing that happened," Michael said. "I drove to the rink and there was this crowd and police, and I realized how serious the situation was … After that, the next couple of days are very confused."

For years, the Misheloffs and their two sons never knew if Ilene would mysteriously walk in the door, or if some day her remains would be found. Maddi died in April of cancer, never finding the answer to what happened to her daughter. For all of the last three decades, she kept Ilene's bedroom just as it was when she vanished. Michael never moved and only eliminated his landline phone in the last couple of years.

"It's there all the time," Michael said. "Something will remind me of Ilene. It's so difficult to go through. You just never get away from it."

A freckle-faced teen who had recently celebrated her Bat Mitzvah with her twin brother, Brian, Ilene loved to ice skate. After school, she would hurry over to the rink, the same place where champions Brian Boitano and Kristi Yamaguchi practiced.

"She was a very determined girl," her father said. "Once she decided to do something, she would pursue it until she did it."

Ilene loved skating, but knew she did not have the talent that might take her to the Olympics. Still, she worked with her coaches to become as good as she could be.

"She really wanted to have fun and pursue being a coach when she got older," her father said. "She did very well."

Shortly before Christmas, Michael saw the news reports that police in Hayward had finally solved the Michaela Garecht case; prosecutors had charged Misch with kidnapping and murder. Detectives using advanced fingerprinting techniques not available in 1989, tied Misch to Michaela’s death with a fingerprint left behind on her scooter.

Michaela and a friend rode to a neighborhood market on Nov. 19, 1988, to buy some snacks. They left their scooters outside. When they returned, Michaela's had been moved behind a car. When she went to get it, the driver grabbed her and forced her inside. She was never seen again.

Misch also is facing murder charges in the deaths of two women in Fremont in 1986. Now charged with Michaela’s death as well, he is housed at the Santa Rita Jail in Dublin awaiting court proceedings. Although Michaela’s remains were never found, prosecutors filed a murder charge with the presumption she is dead.

Michael said he knew Dublin police would look at Misch when he heard about Michaela’s case.

"You see these individuals that are vicious monsters come through every now and then," he said.

Many officers on the Dublin force knew Maddi, who served on the Dublin San Ramon Services District Board of Directors, including as its president. Officers on the force, and many who retired, took part every year in an annual candlelight vigil and walk to mark the Jan. 30 anniversary of the date Ilene was last seen.

Michael said he won't be holding the event this year, not because of the pandemic, but because it will be too emotional in the first year without his wife.

"For me to do it," Michael said, "it will be too difficult."

Michael said good-bye to his wife on the phone. A month before Maddi died, Michael and his son, Brian, took her to the emergency room at Stanford Health Care. The pandemic had already begun and hospital restrictions were underway.

Michael dropped them off and parked the car. His wife had already gone inside when he walked to the door. He was not allowed inside and could not visit her.

"I never saw her again," Michael said. "I spoke to her while she was able to talk on the phone. She couldn't talk for very long, because she was very weak."

He wasn't at her side when she died. COVID-19 restrictions prevented him from holding a service. Having to act quickly, he cremated his wife's remains and kept the ashes at home.

Michael said his wife never gave up hope of finding her daughter. He wondered what he would tell Ilene about her mother if she ever suddenly appeared.

He doubts Ilene is still alive and said it's unlikely her remains can be located.

"I just recognize what's the odds of her being found after 32 years," he said. "It's possible but it's not very likely."

Michael said it is important to "close the books" and know who took his daughter.

"I won't be totally as healed as I would be as long as the case is open and the perpetrator is still around," he said. "I think the most important thing is to put him in a place where he can no longer get out and hurt somebody."