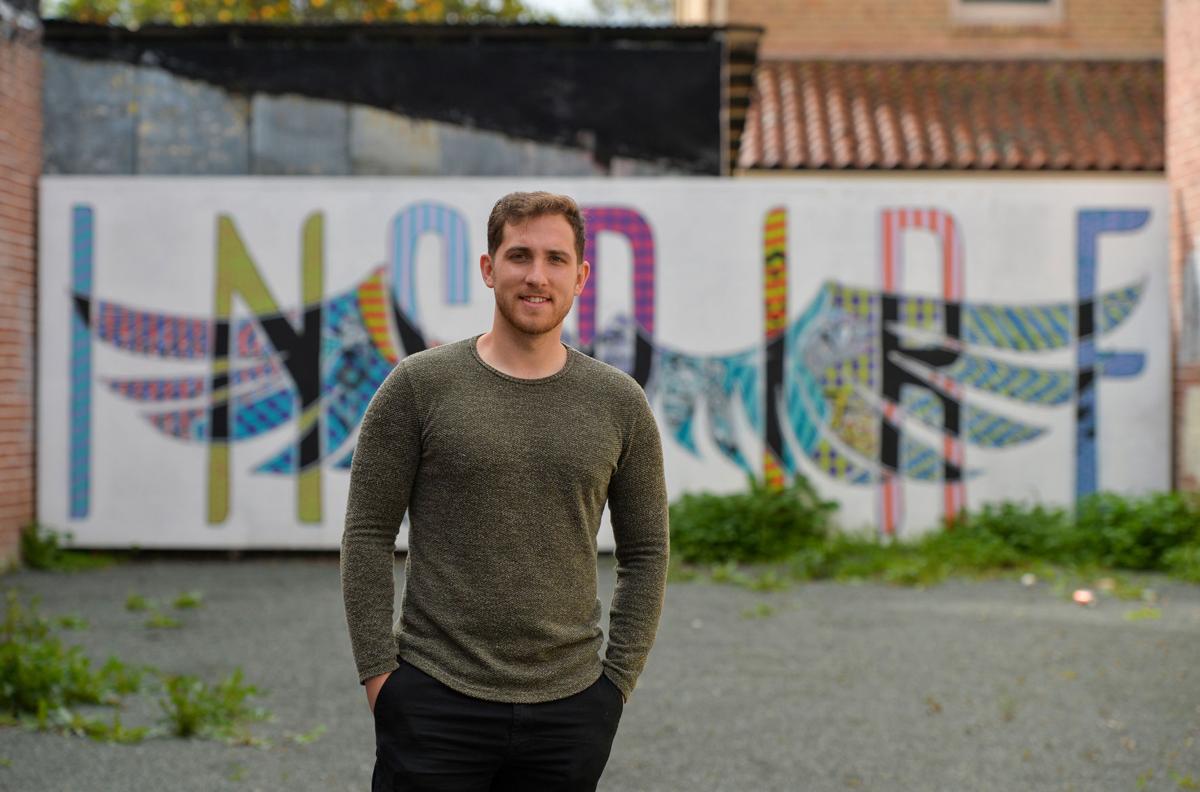 Local artist Trent Thompson is the owner of Only Up, a local creative branding agency, which will feature outdoor murals in collaboration with the Livermore Commission for the Arts. (Photos - Doug Jorgensen) 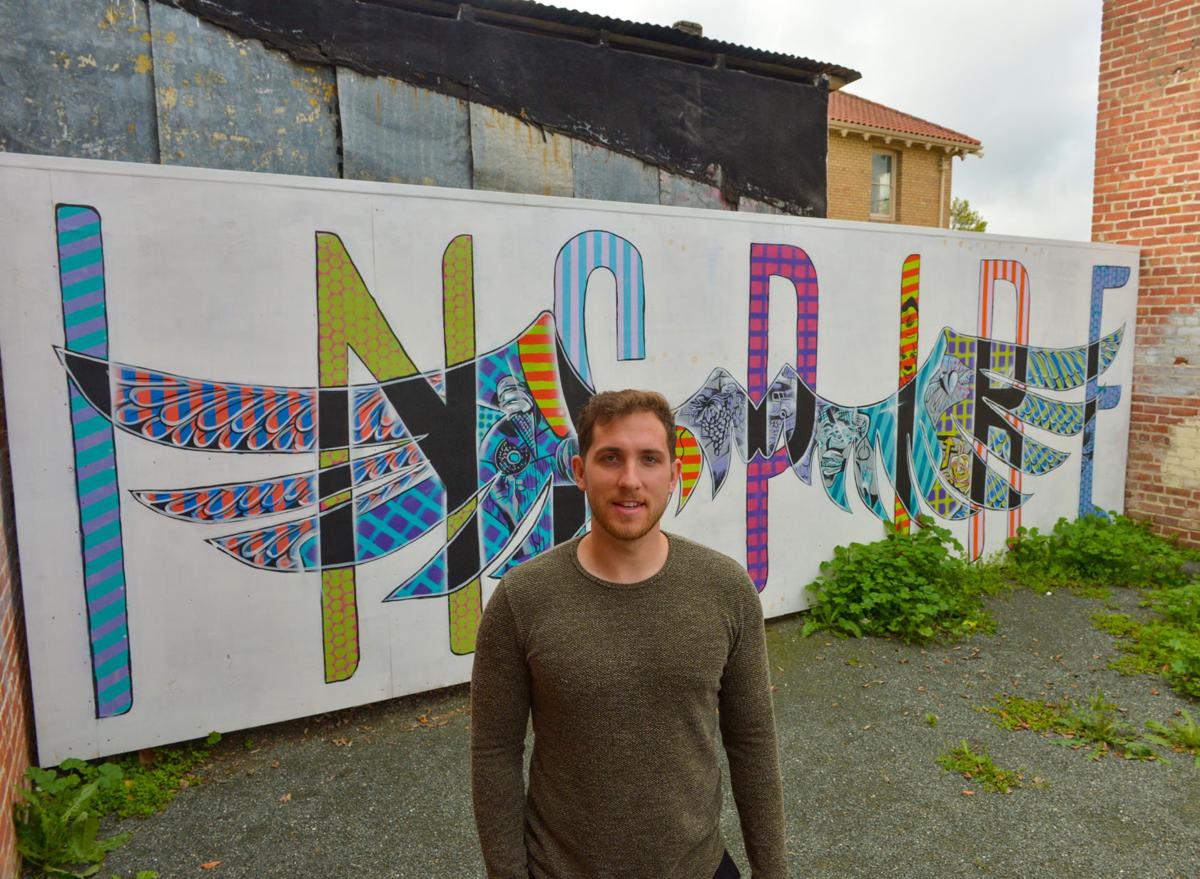 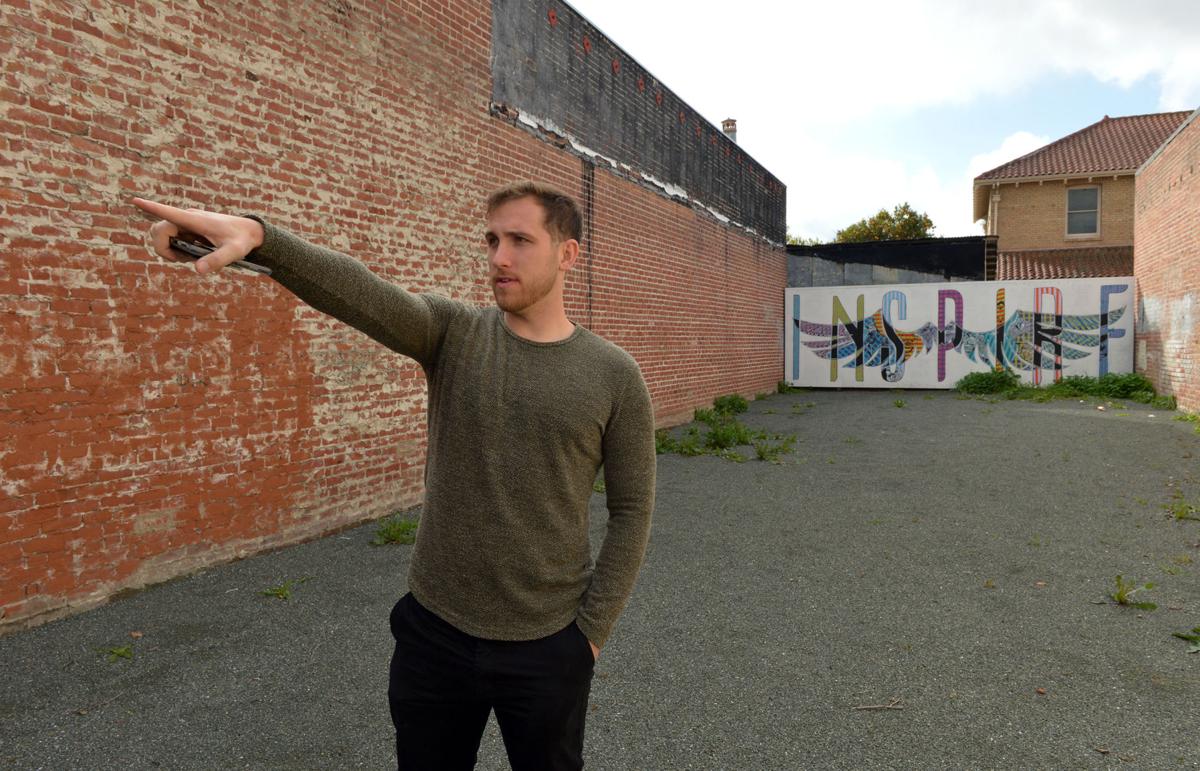 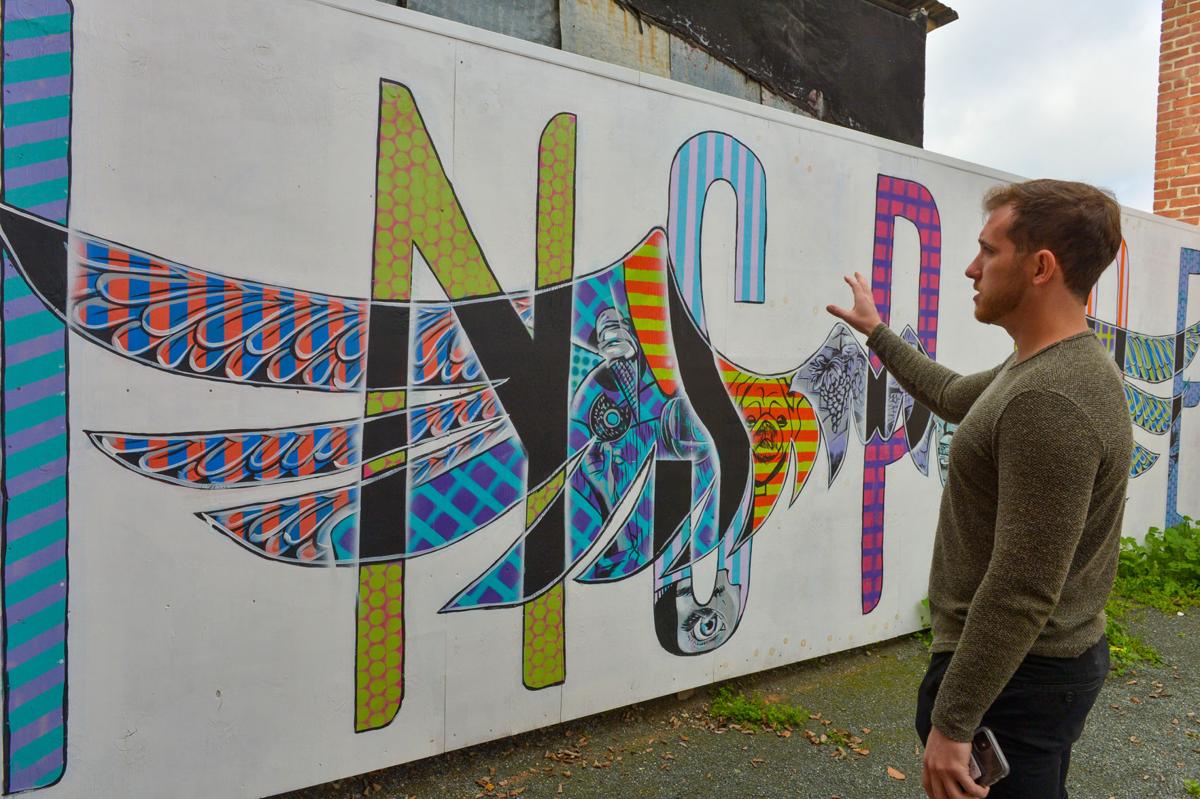 Local artist Trent Thompson is the owner of Only Up, a local creative branding agency, which will feature outdoor murals in collaboration with the Livermore Commission for the Arts. (Photos - Doug Jorgensen)

With the coming of spring, a little more color will be popping up in Livermore with several new outdoor murals around town.

The Only Up Mural Festival, sponsored by Only Up -- a local creative branding agency – in collaboration with the Livermore Commission for the Arts, will feature outdoor murals at eight downtown locations. An early mural appeared on a First Street wall last fall.

Work on the murals was to begin in mid-April, but because of the coronavirus epidemic and the statewide state-at-home order limiting social activities, the timing of the festival, and several associated events, is in flux. Still, local artist Trent Thompson, the owner of Only Up, is resolved to make it happen, even if the festival is pushed into May or June.

Growing up in Rochester, New York, Thompson said he has always been drawn to the vibrant and transformative world of street art. His past projects also express a range of medium and purpose. For example, he illustrated “Feel,” a book of poetry about human emotions by Arielle Estoria. In 2019, he started “Pictures for People,” painting portraits of the homeless and selling his work to raise money for local nonprofits that provide services to the homeless. And he has painted several murals for businesses in Livermore.

Thompson said his agency does “a little bit of everything.”

“We work with artists who are selling paintings more traditionally, and we work with some graphic designers, and we do things like this mural festival,” Thompson said. The agency also has a gallery space.

The festival started as a curated art show in a vacant lot. The goal, Thompson said, was to brighten up an underused space and introduce the community to Only Up. “One of the reasons we did that for a preview was to get people familiar with the concept and who we are,” Thompson said. “Now we’ll be able to build on that and make it much bigger and better.”

“Livermore has been a perfect place to do this because it’s a very diverse city,” Thompson added. “There are cowboys, and there’s also the lab and the theater, and wineries and breweries. There’s a lot of different subcultures here, and I think there’s definitely room for the art community to grow. And we’re trying to be one of the leaders in that.”

One of the artists who has committed to creating a mural is Oakland-based Madeleine Tonzi, whose work draws on the stark and colorful landscapes of her hometown of Santa Fe, New Mexico.

“Art has the power to make change, create conversation, and activate both the community and the spaces we inhabit, as long as we choose to engage positively,” Tonzi said. “I’m looking forward to creating something that folks can enjoy and take pride in for years to come.”

Tonzi said she’s been drawing since her mother enrolled her in after-school art classes in 1992, “It was within this small after-school community where I found my affinity towards art,” Tonzi said.

Tonzi said explained that her art is “heavily influenced by surrealism. “I am drawn towards alternate realities and dreamscapes,” she said, “so naturally, I have developed a visual language of my own that illustrates the worlds I create in my mind inspired by real life experiences.” Her art can be seen online at https://madeleinetonzi.com/home.html.

“A couple walls we’ll do gallery-style, where we’ll break the wall into parts and we’ll have a different artist on each section,” Thompson said.

Painting a mural on a blank wall also involves renting lifts and applying layers of exterior, acrylic and/or spray paints, plus a graffiti-resistant final coating. Since a design can take a week or more to finish, the festival will showcase the processas well as the results, with the downtown evolving from day to day as more murals are completed.

He said one collaborative wall will honor the town’s spirit, a postcard-style “Welcome to Livermore.” “We will have all local artists working on that one,” Thompson said. “That’s a wall I’m especially excited for.”

The actual painting, Thompson said, may be the easy part.

“Being able to coordinate outdoor murals is always a bit of a challenge, because you have to navigate the fundraising, and you also have to navigate the city and the building owners, and insurance,” he said. “There’s a lot to do to make these happen, but I know there’s an abundance of artists that would love to do it.”

Last fall, Thompson needed to get permission to repurpose one space; this time, there are eight. The upside is that all eight walls could be approved at each stage, rather than having to reinvent the wheel with each new piece. The Livermore Commission for the Arts has been a great assistance through the planning process, Thompson said, providing funding through a grant and helping Thompson’s team navigate city policies.

Once they’re finished, the murals may stay around for a few months or much longer.

“It’s incredible what these programs can do for a city as far as tourism,” Thompson said. “Also, the place feels much safer when there’s artwork. Even if you’re in an alley and someone’s taken the time to show love to the wall, it has a much different feel.”

He also stressed that public art is also out in the open for everyone to see.

“Especially here, there’s not a lot of art galleries, and it’s really good for people, children especially, to be exposed to professional art,” Thompson said. “And I think the easiest way to do that is if you have these massive blank canvases all over the city that people drive by every day.”

For more information, including sponsorship opportunities, and updates on the timing for the festival, go to hwww.onlyupteam.com/outbreak.