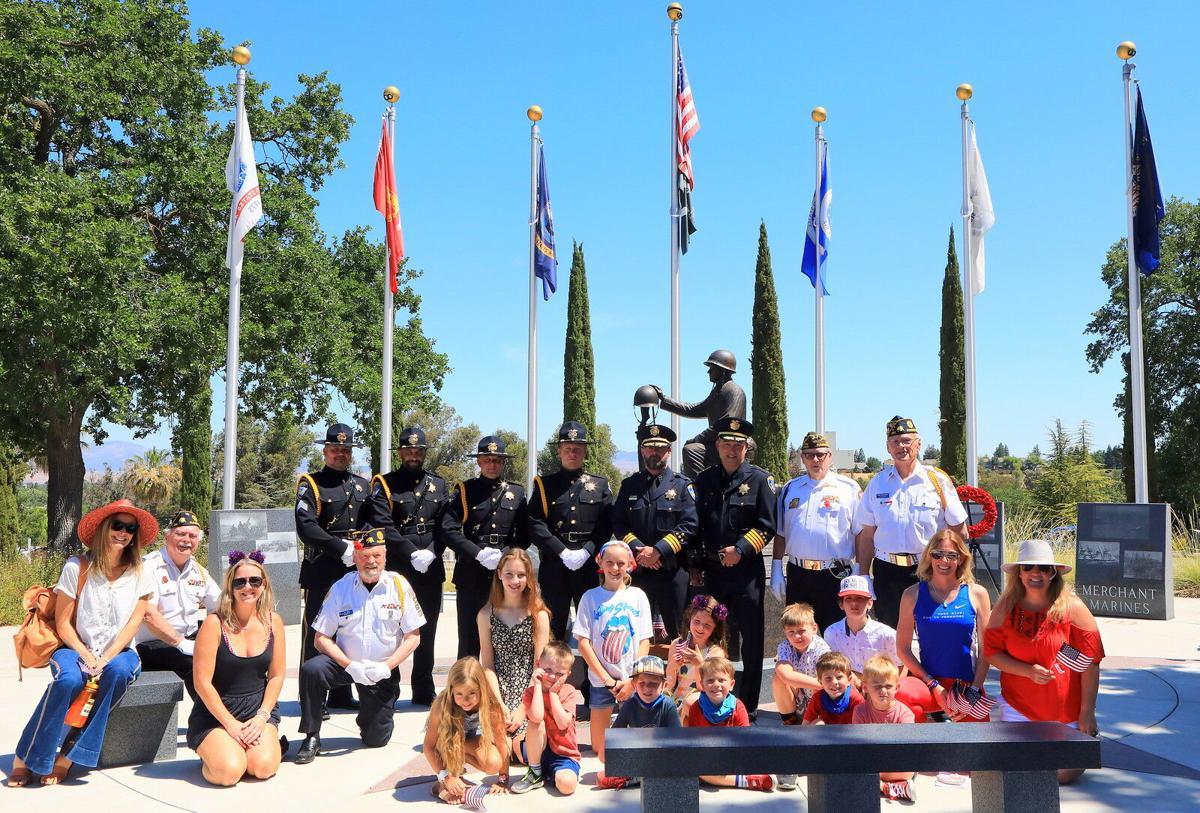 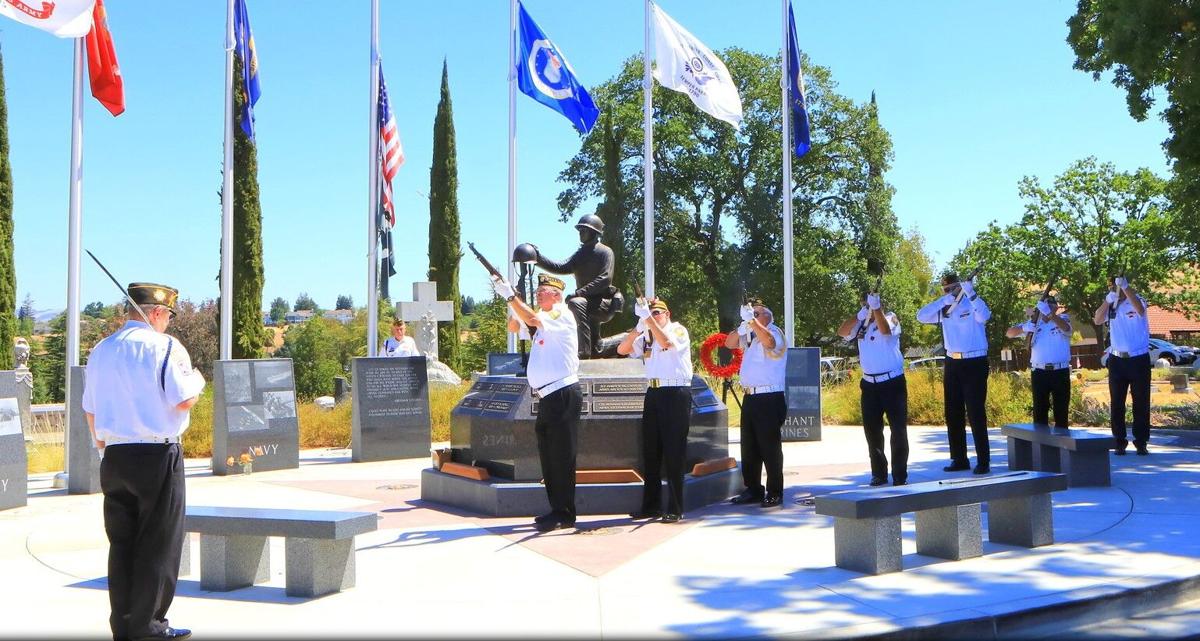 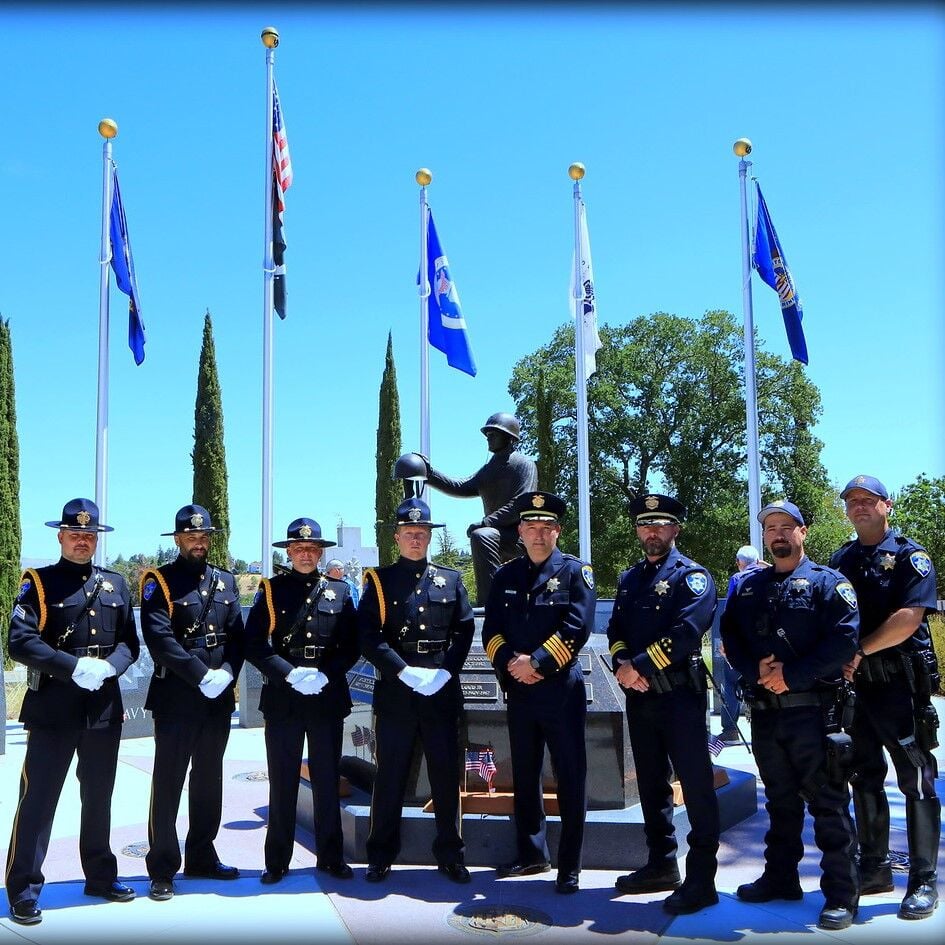 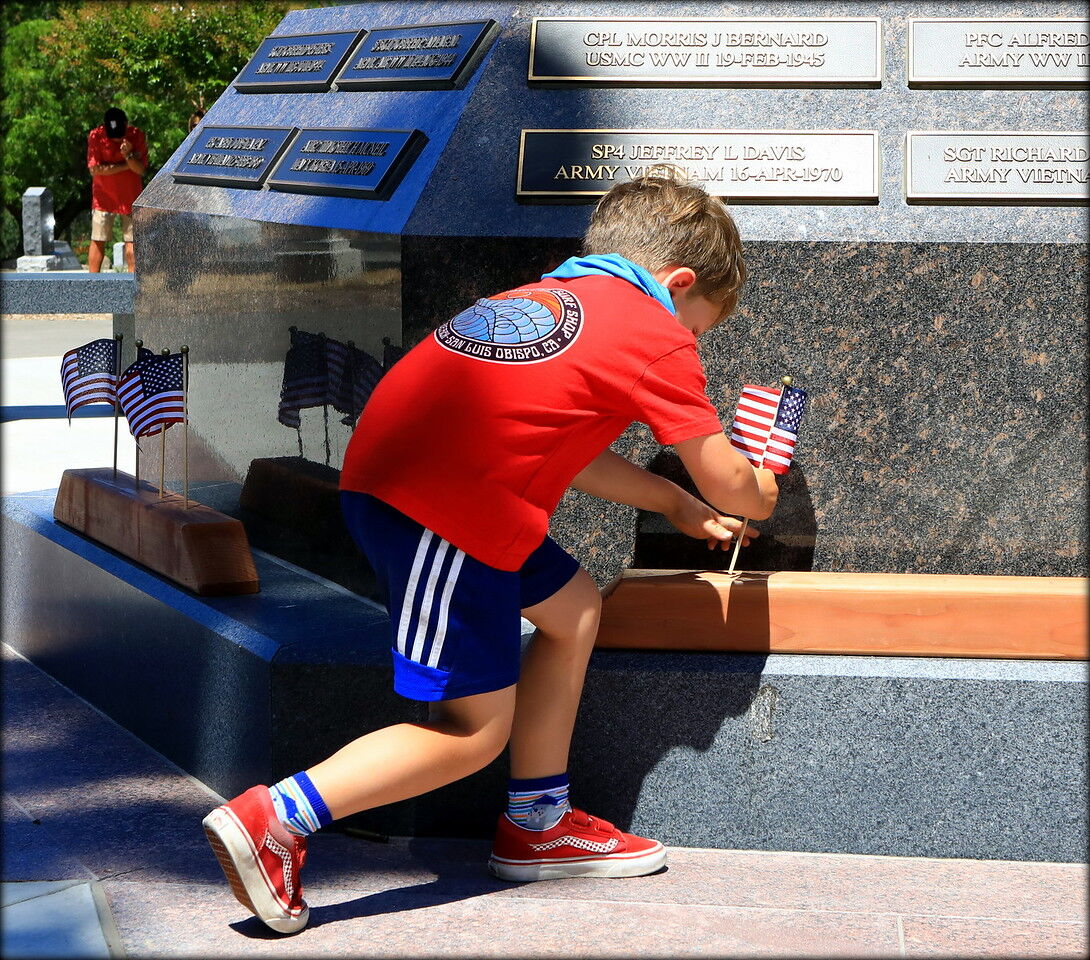 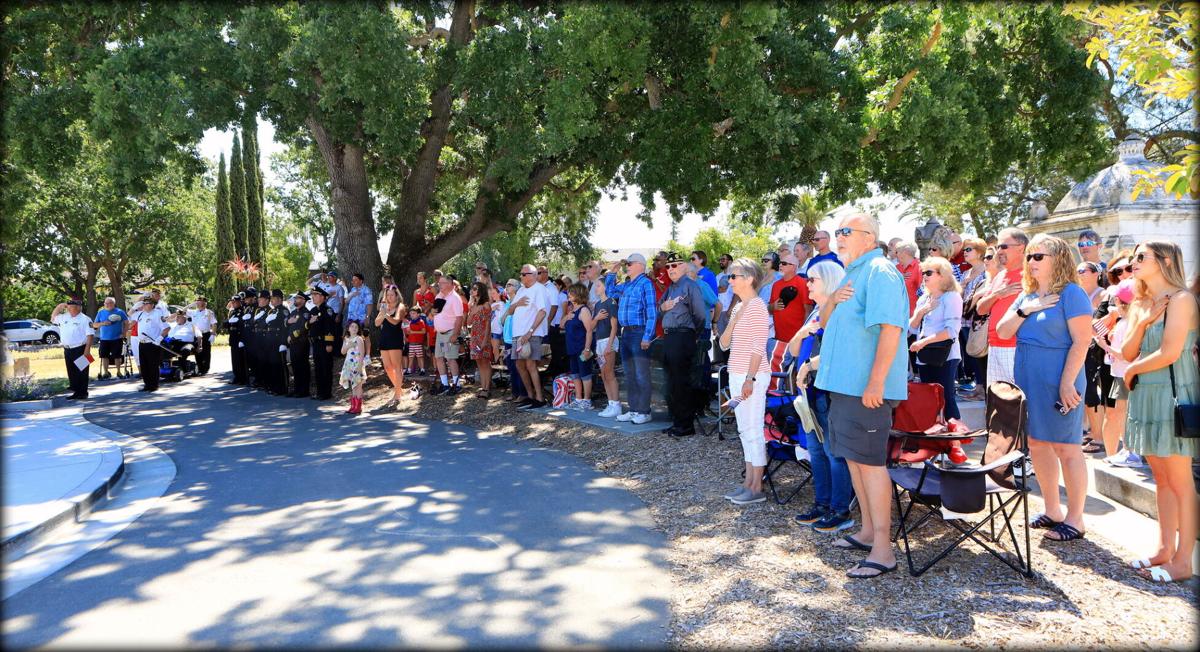 A group of Pleasanton residents joined veterans from American Legion Post 237 and Veterans of Foreign Wars Post 6298 to honor those who gave the ultimate sacrifice for their country. Also joining the veterans were members of the Pleasanton Police Department. The ceremony consisted of lowering the flag, a three-round volley, raising the flag, reciting the pledge of allegiance, reading all 28 names of Pleasanton veterans who lost their lives in war, and taps. (Photos by Fenton Kramer)