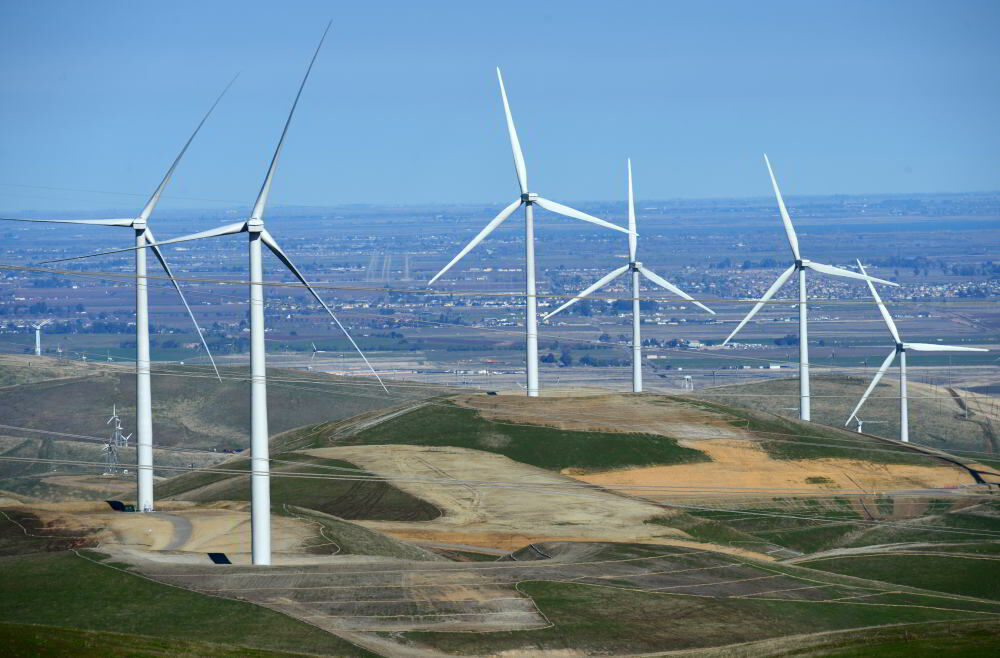 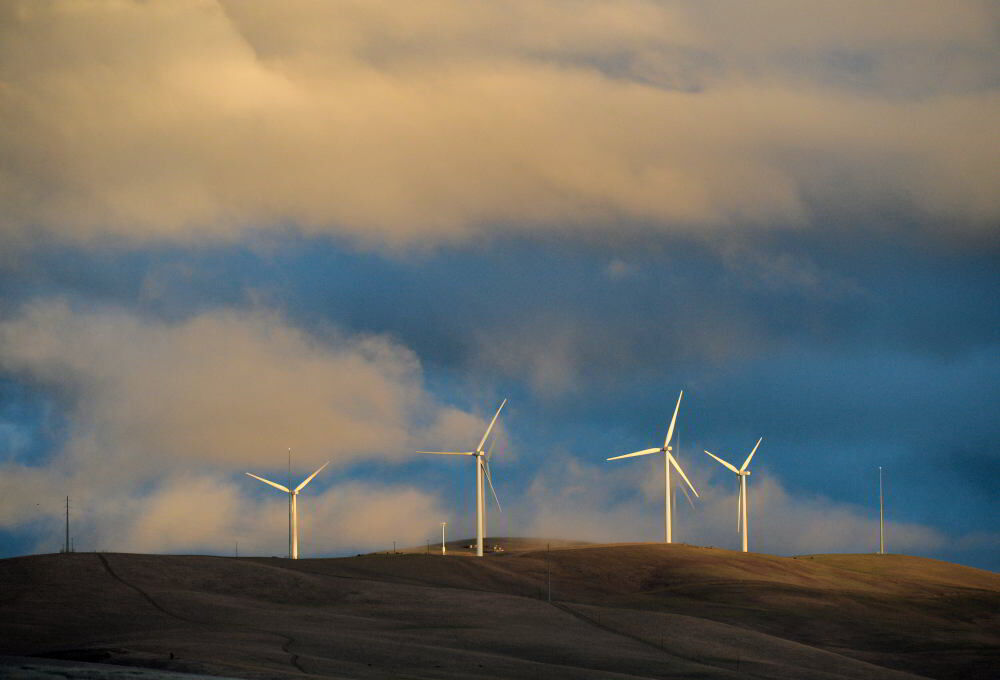 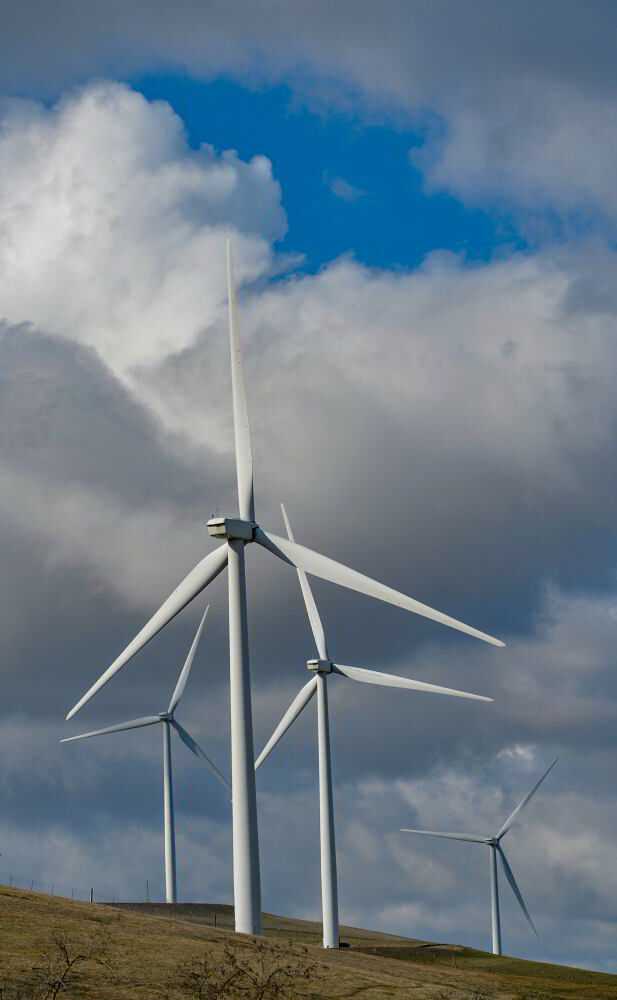 ALAMEDA COUNTY, CA — In an effort to offset loss of land to development, the California Rangeland Trust (CRT) is currently working with ranching families and large developers to finalize the conservation of acreage.

As a nonprofit organization, the CRT’s most recent project included the preservation of 1,200 acres to mitigate work done by NextEra Energy Resources in a completed wind turbine replacement project on the Altamont Pass. To mitigate the project, NextEra funded four conservation easements on privately owned ranchland in the Altamont Pass, on both sides of the 580-interstate freeway. The mitigation projects began several years ago; CRT plans to complete the final phase this year.

“The replacing of the wind turbines with new structures creates environmental impacts, which have to be offset with mitigation,” explained Alyssa Rolan, spokesperson for CRT. “Mitigation not only conserves acres of rangeland, but it also results in the creation and enhancement of better habitat for the species affected.”

NextEra decommissioned and replaced multiple wind turbines beginning in 2012, leading to a minimum increase of 150% in existing generation of energy. The replacements resulted in larger — but fewer — turbines that move slowly, protecting birds from getting caught in the blades. The new design also reduces sound, as well as fire hazards associated with hardware and electrical wire failure.

These easements were created when NextEra funded the surrender of development rights of ranchers who own the surrounding lands. Essentially, NextEra paid the ranchers to allow CRT to place a conservation easement on their property. This allows California landowners to retain ownership of their land and continue to work it, providing local food, clean water, fresh air and abundant wildlife. The developmental rights are not owned by CRT; they are simply cancelled, and the land is thereby preserved in perpetuity, never able to be subdivided and developed for any purpose.

Michael Delbar, Rangeland Trust’s CEO, said NextEra also set money aside in an endowment to manage the species on the land.

“We hold that endowment and fund the management from those,” said Delbar. “We aren’t privy to the costs; it’s done on a deal between landowners and NextEra . . . for these projects in particular, the renewable energy that’s produced and the valuable landscapes being protected forever is a great example of several groups working together to ensure sustainable land use, while working to produce a clean energy benefit for California.”

Darrel Sweet is a founding member of CRT and the fifth generation to work his family’s land, called Sweet Ranch. He and his wife, Karen, have worked hard to keep their land, located in unincorporated Livermore, in the family. His land accounts for 363 acres of NextEra’s 1,200 acres of mitigation efforts. Sweet said the habitat created by ranching is perfect for many native species protected by CRT’s work.

Despite a widespread misconception, ranchland is not simply empty space where cows are allowed to roam, Sweet explained. Ranchers work to maintain their land by keeping wild grass under control, removing invasive species, constructing ponds and fences, and rotating grazing areas. The result of these efforts is a habitat where a variety of native species can flourish.

“You own a ranch and there’s upkeep and infrastructure, and a lot of those are the same things the wildlife uses,” said Sweet. “We put in ponds for the cows, and if you don’t maintain the pond, you don’t have the habitat. So the rancher maintains the ponds partly for his cows and partly for the wildlife.”

He explained the annuities help maintain the property, a necessary action to protect threatened species. For example, without the ponds installed and maintained by ranchers, the red-legged frogs would not have a home; long grasses left to grow unchecked prohibit movement of the salamanders. Sweet is still responsible for the property taxes, which are unaffected by the easement, and physical maintenance. He said CRT’s mission helps ranching families stay in ranching in areas where land has become so expensive.

“People say it’s just a cow pasture; it’s not agriculture because it’s not irrigated,” said Sweet. “But the habitat is unique enough to preserve, and NextEra has been good enough to work with us and a number of families have taken advantage, so it’s a win-win, for the wildlife and for us.”

Since its inception in 1998, CRT has conserved over 340,000 acres of private ranching land for 75 families. While the group recently preserved the 1,200 acres, it is currently working to fund applications from an additional 90 families with 200,000 acres of land they wish to preserve. Families apply to CRT for many reasons, most often because land taxes are high and offering their properties for mitigation efforts can help bring in cash flow, while keeping the land in the family. Delbar said the challenge is to find funding to purchase the conservation easements.

“There is not a lot of funding available through public sources; we are relying more and more on private sources,” he explained. “We are also trying to emphasize to policy makers in Sacramento how important it is to conserve these working agricultural lands.”

Delbar and his team continue to work with politicians in Sacramento to convince them of the value of funding conservation easements on existing ranchland. To that end, CRT partnered with UC Berkeley to assess the value to the state of 306,000 acres of the organization’s easements. Delbar said the value to Californians of the open space, wildlife habitat, food production, groundwater recharge and other ecosystem services were determined to be worth $1.44 billion annually. He and his partners at CRT hope to impress upon the public the huge return on investment in conserving working agricultural lands.

“This is the key to sustainability — being able to protect those lands while we still can, before we lose them,” Delbar said.