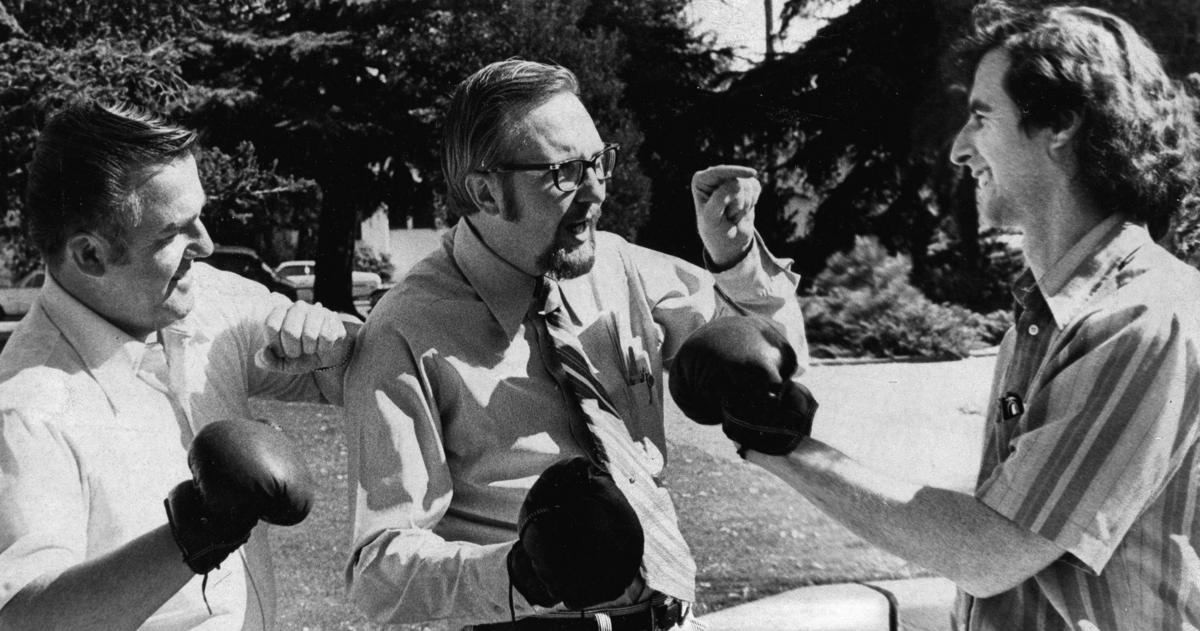 Seen from left "duking it out" are Al Fisher of the Pleasanton/Valley Times, Barry Schrader of the Herald, and Bob Several of the Independent. (Photo - Independent archives) 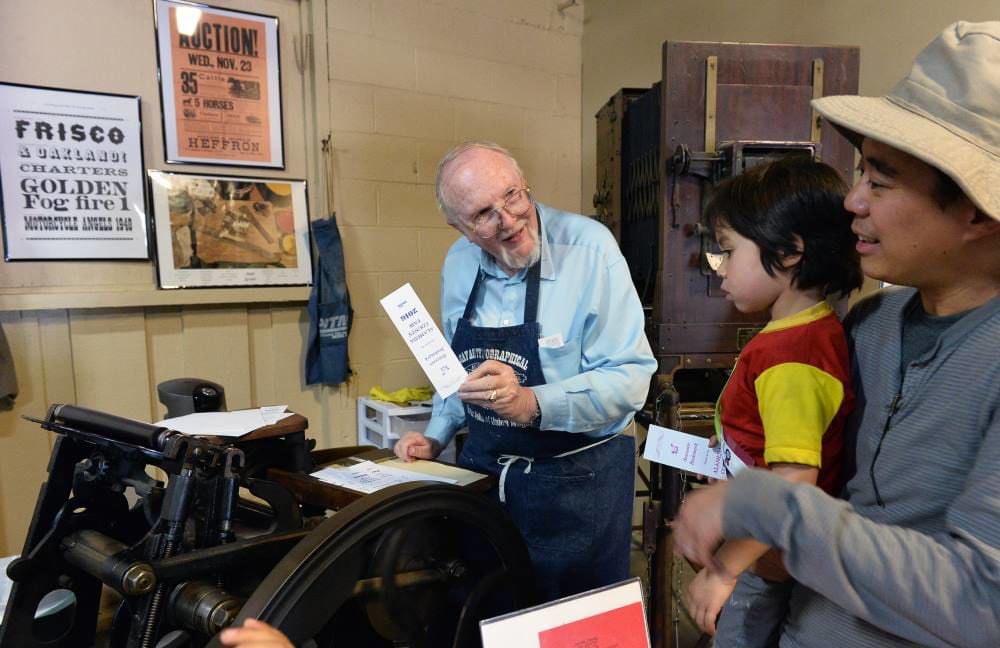 Seen from left "duking it out" are Al Fisher of the Pleasanton/Valley Times, Barry Schrader of the Herald, and Bob Several of the Independent. (Photo - Independent archives)

A newspaper icon and longtime Livermore resident Barry Schrader recently died at the age of 79, leaving behind the memory of a man who helped shape the Tri-Valley.

An editor role at Floyd Sparks’s Herald & News first brought the Illinois native to the area in 1967. His back-and-forth printed word spars with The Independent only fueled what he called the “newspaper wars,”. He later referred to it as the “best time of my career, facing head-to-head competition both with the Indy and with the Times” — as Schrader wrote in a piece published for The Independent’s 50th anniversary magazine. (Read his full article at https://bit.ly/Indy_50th.)

Those at The Independent recalled how Schrader first came in as an opponent, and later transformed into a mentor and ally.

Joan Seppala, Publisher of The Independent, met with Schrader regularly on his visits back to the Tri-Valley after he retired.

“His willingness to review the history of the Tri-Valley in the context of his underlying values, rather than just a defense of his past newspaper roles, was remarkable,” she said. “Among other issues, he was known for his work to protect the vineyards and open space near Livermore, an interest that we shared.

“Bob Several, our editor when Barry worked at Sandia, used to have lunch with him. In the story that Barry wrote for The Independent’s 50th anniversary magazine, he said, ‘We would reminisce about the good old days of heated competition and how we skewered each other in columns.’ For several years, he wrote a column on local history for all three papers, the Herald, Times and Independent. Not so long ago, Barry connected with us again on a meaningful personal basis, as he had so many times before.”

Doug Jorgensen, Independent photographer for 38 years, recalled that his first encounters with Schrader took place at Sandia Laboratories while covering events for the paper. By that time, Schrader had moved on from the newspaper realm to work in public affairs for the lab.

“He was very energetic and effusive in personality,” Jorgensen said.

The two bonded over photography and Schrader’s enthusiasm for vintage printing presses. Schrader would show them at the Alameda County Fair in one of the historical buildings. But Jorgensen’s recollection of Schrader centered around the mentorship and

“He would talk to me about various things The Independent was doing,” Jorgensen said. “He clearly would see the big picture and arti culate why certain political and environmental things were important and why we needed to keep our voice strong. That was encouraging.”

Credited for helping to shape several aspects of the Valley to this day, Schrader was known for his work with various community organizations. He served on the Chabot-Las Positas College District Board of Trustees. He was a Rotarian and helped form various clubs. In addition, he co-founded the the Heritage Guild, and worked with others to create the history mobile, one of his ideas. He also teamed with members to save the SP Depot, and to celebrate the 100th birthday of Livermore’s Centennial Lightbulb, the world’s longest lasting lightbulb. With others, he launched the Friends of the Vineyards — a group that was pivotal in cultivating a thriving wine industry when the small handful of vineyards in the 1980s faced development. Now, over 50 vineyards have carved out a niche in wine country; many will say that this is in part thanks to Schrader’s work.

Jorgensen concluded, “He lived a very full life and his impact on this community was big — both as an editor and an activist.”