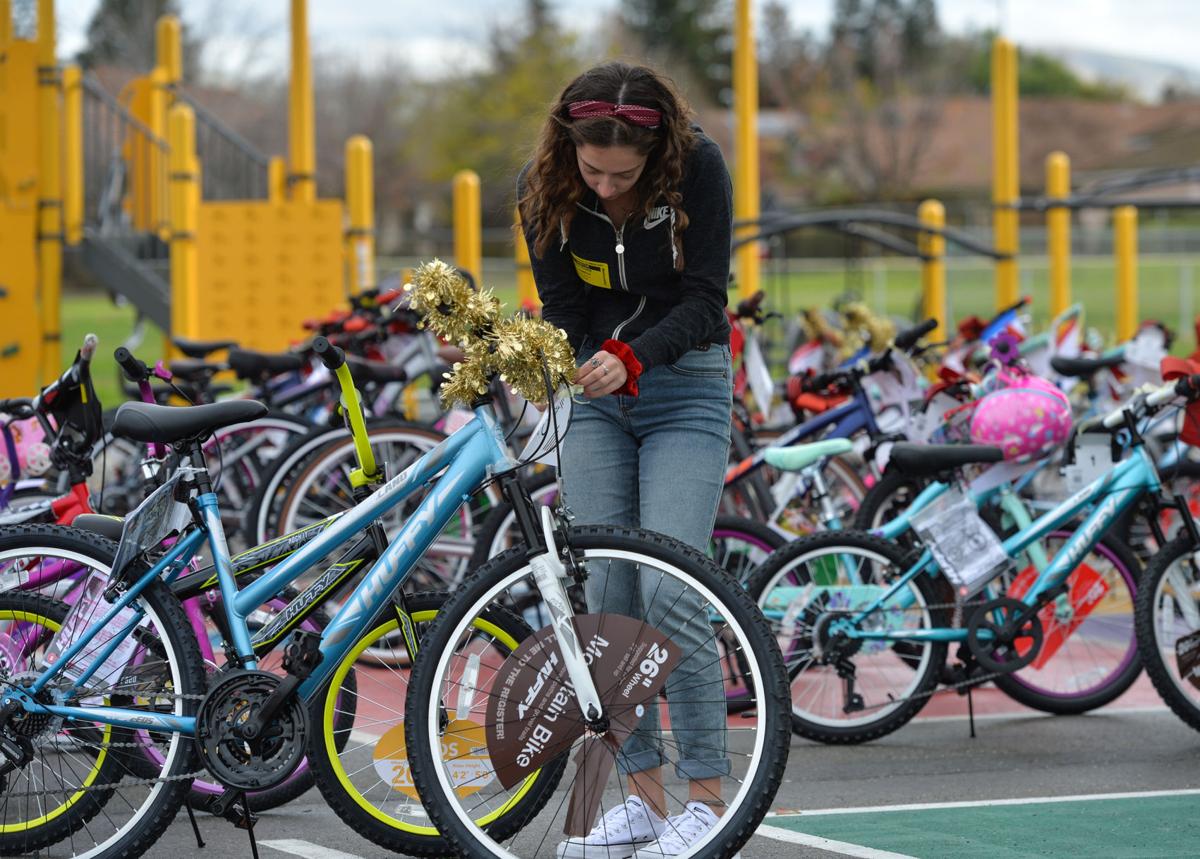 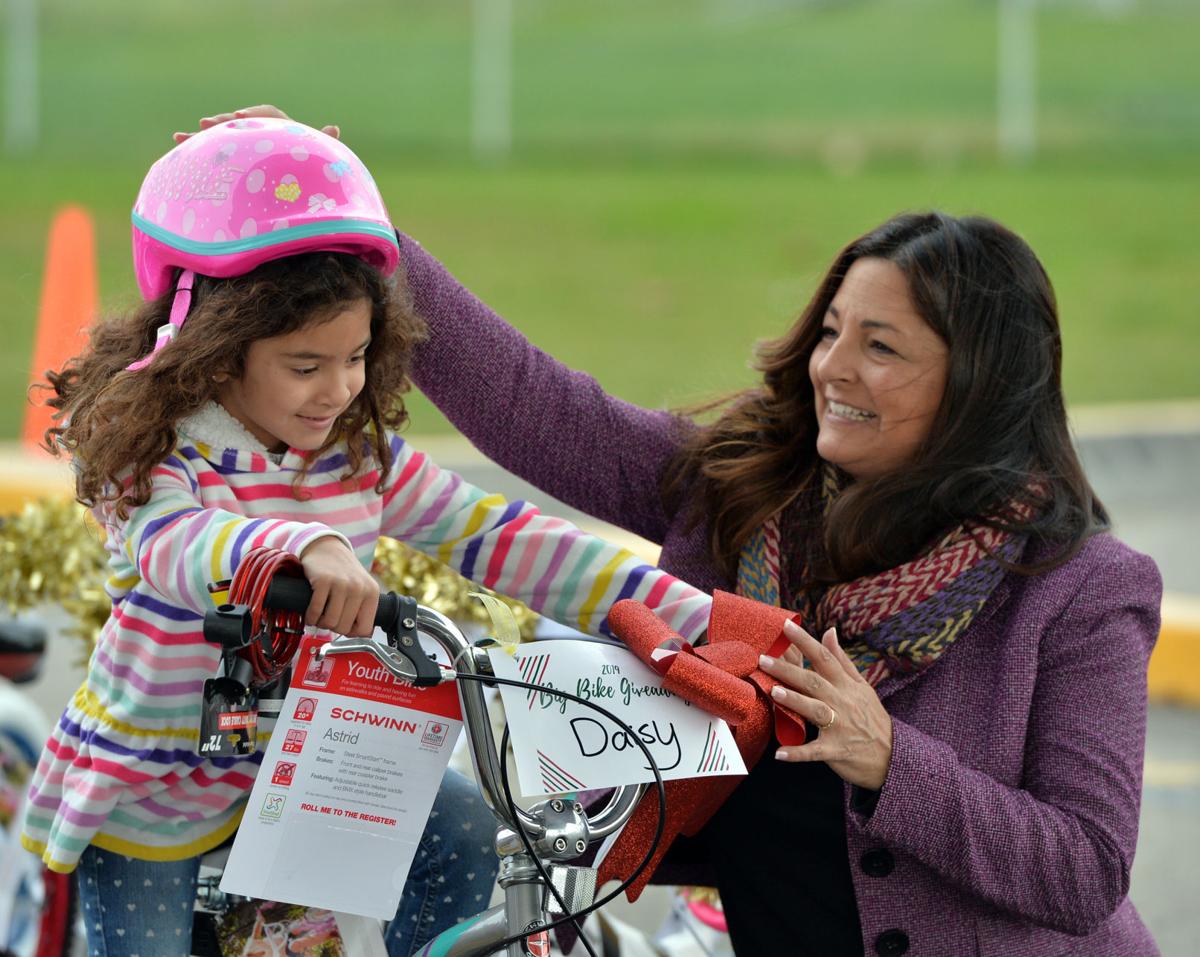 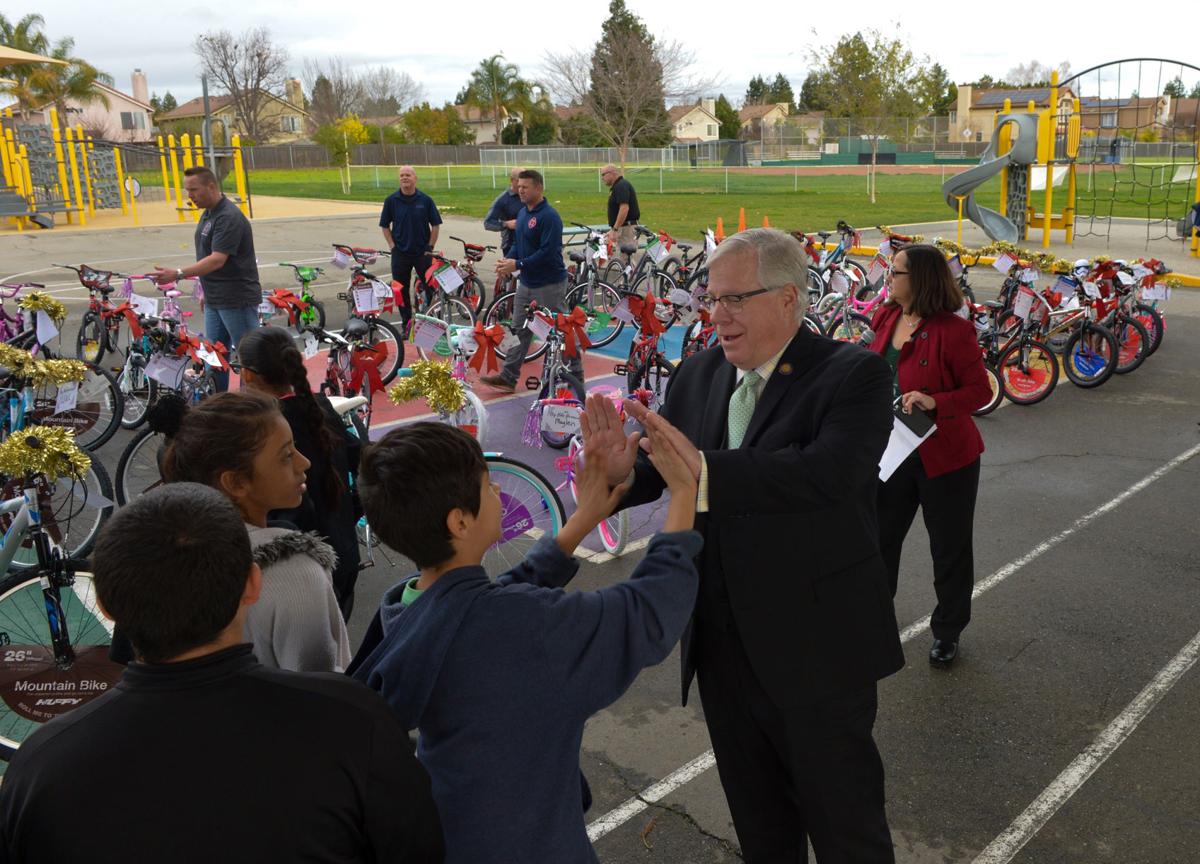 Sponsors and recipients line up to show off the new bikes. 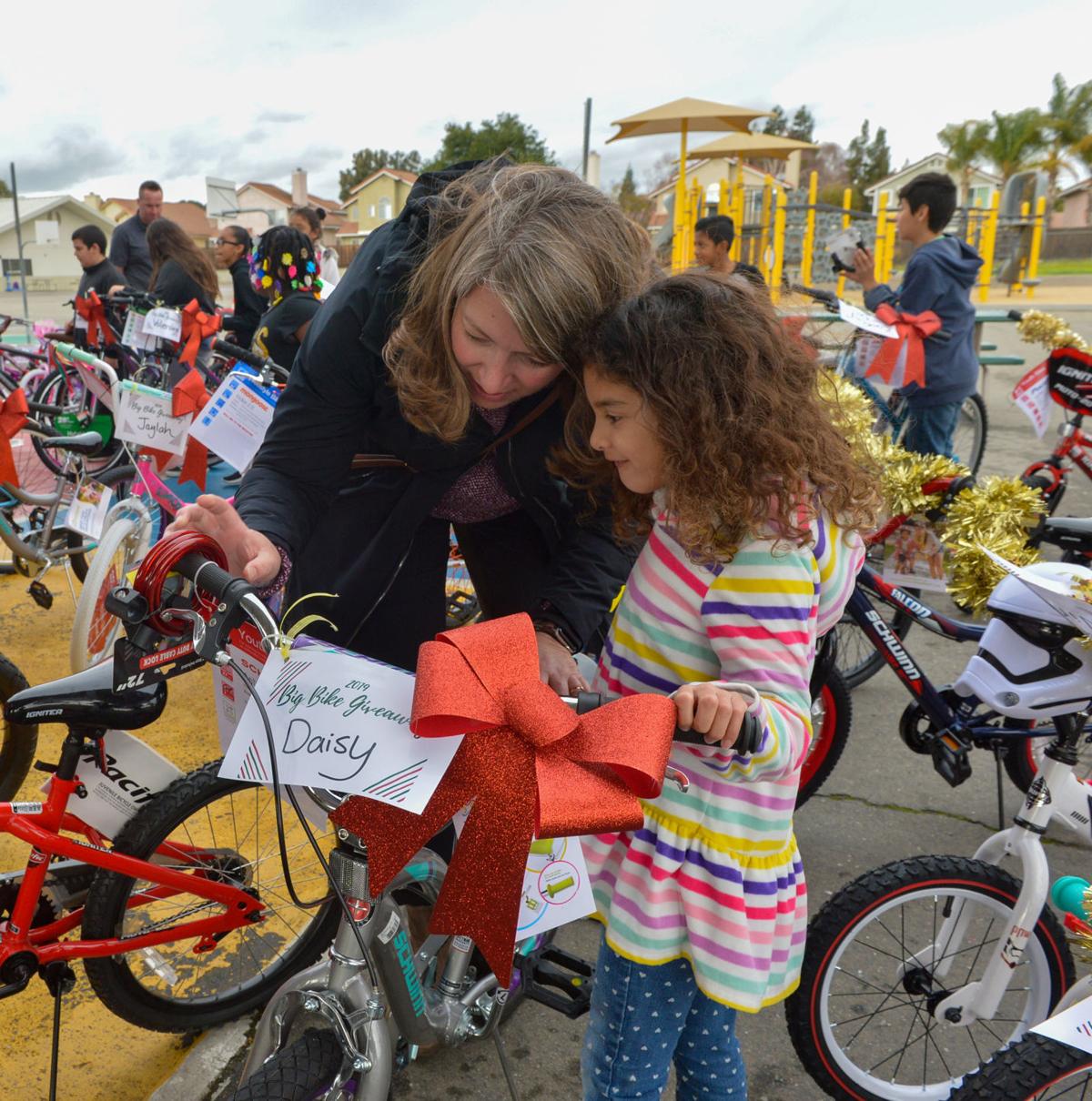 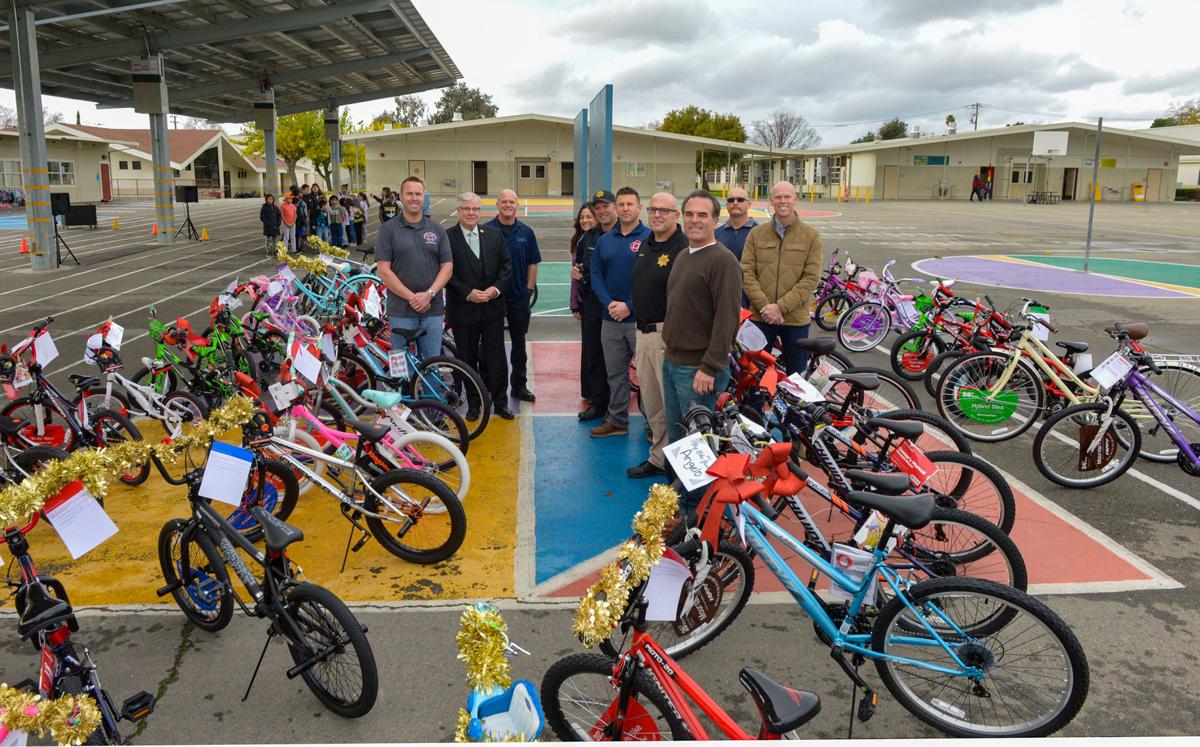 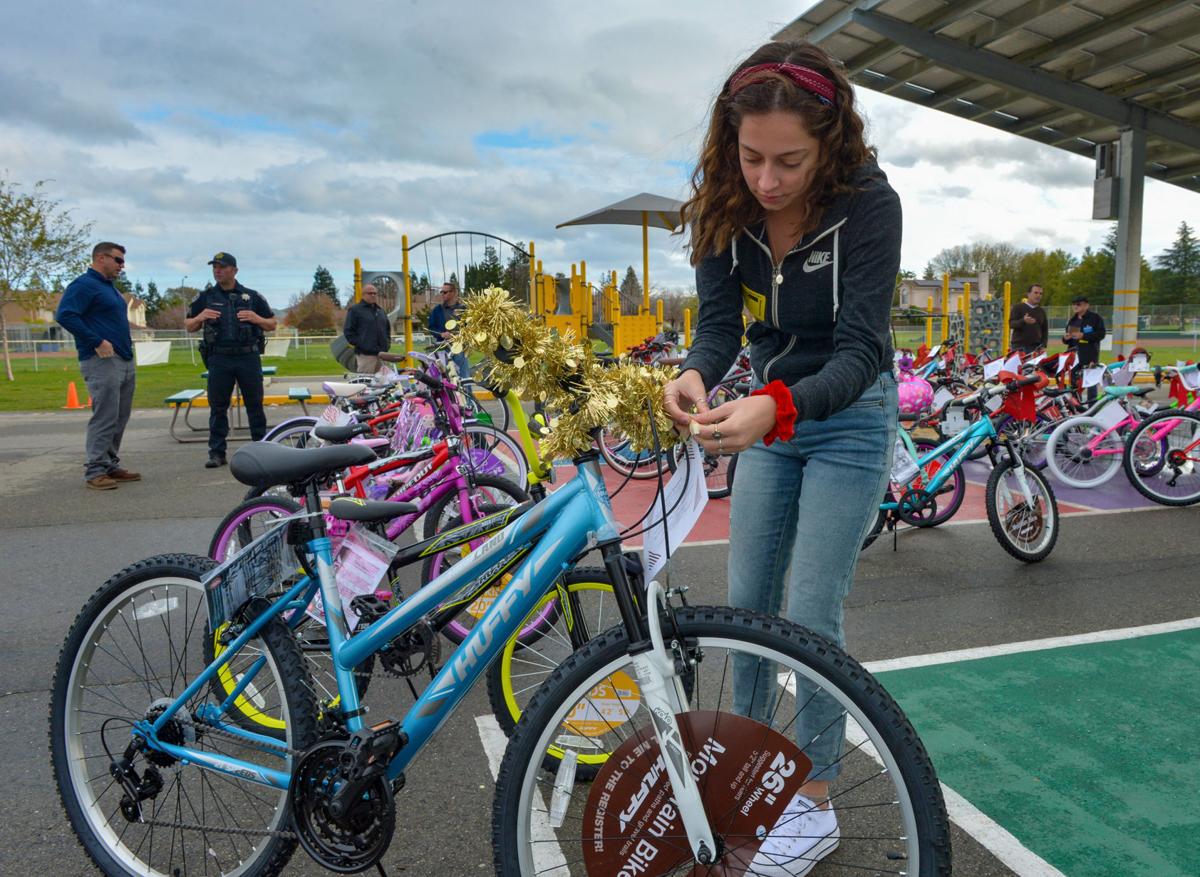 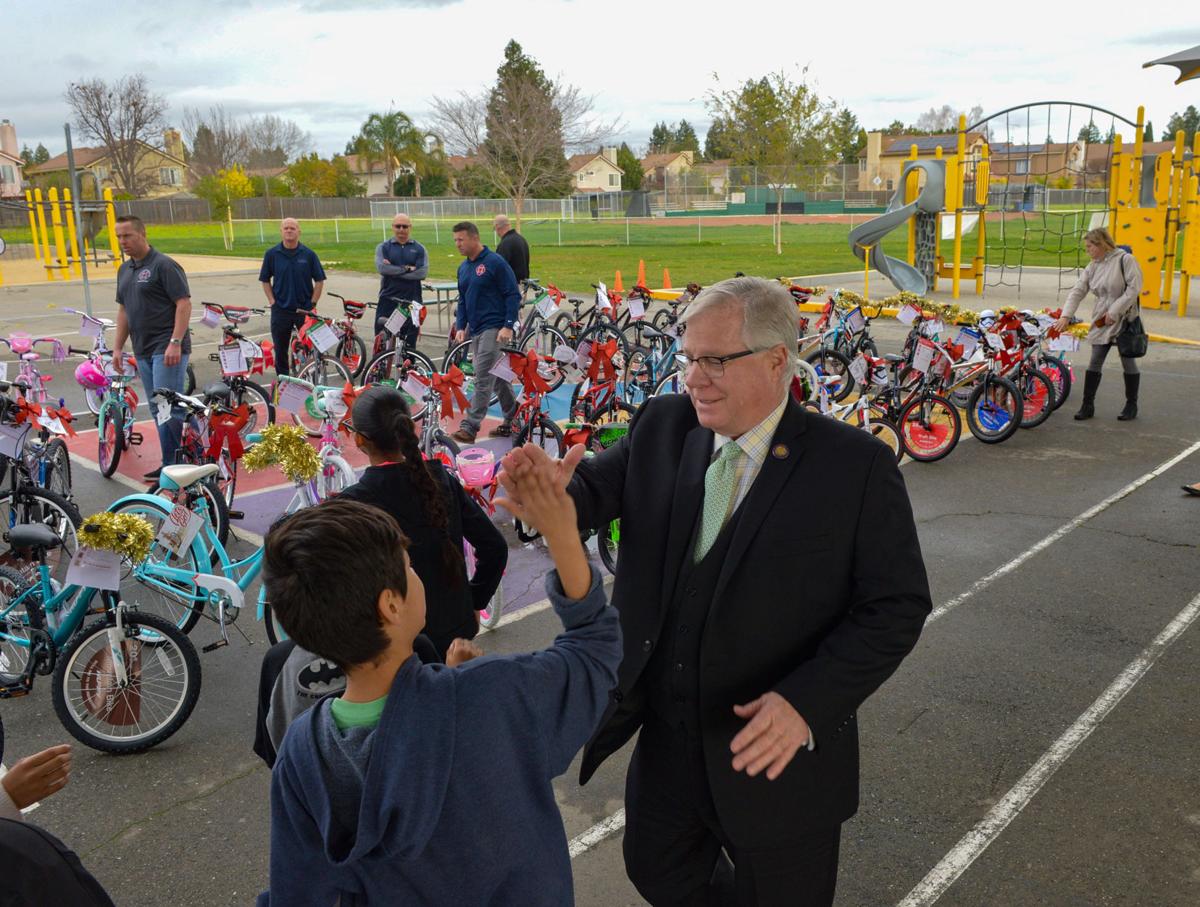 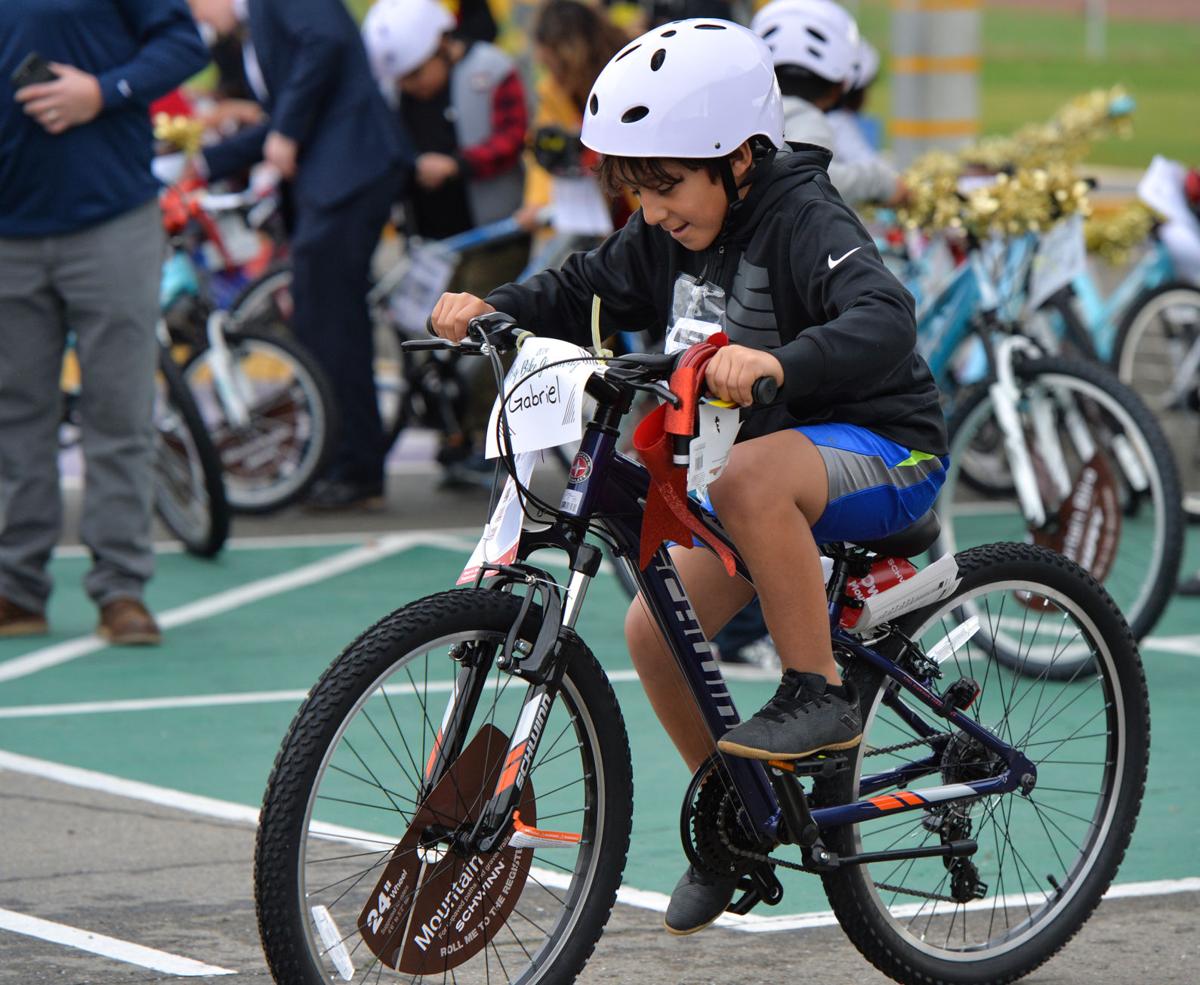 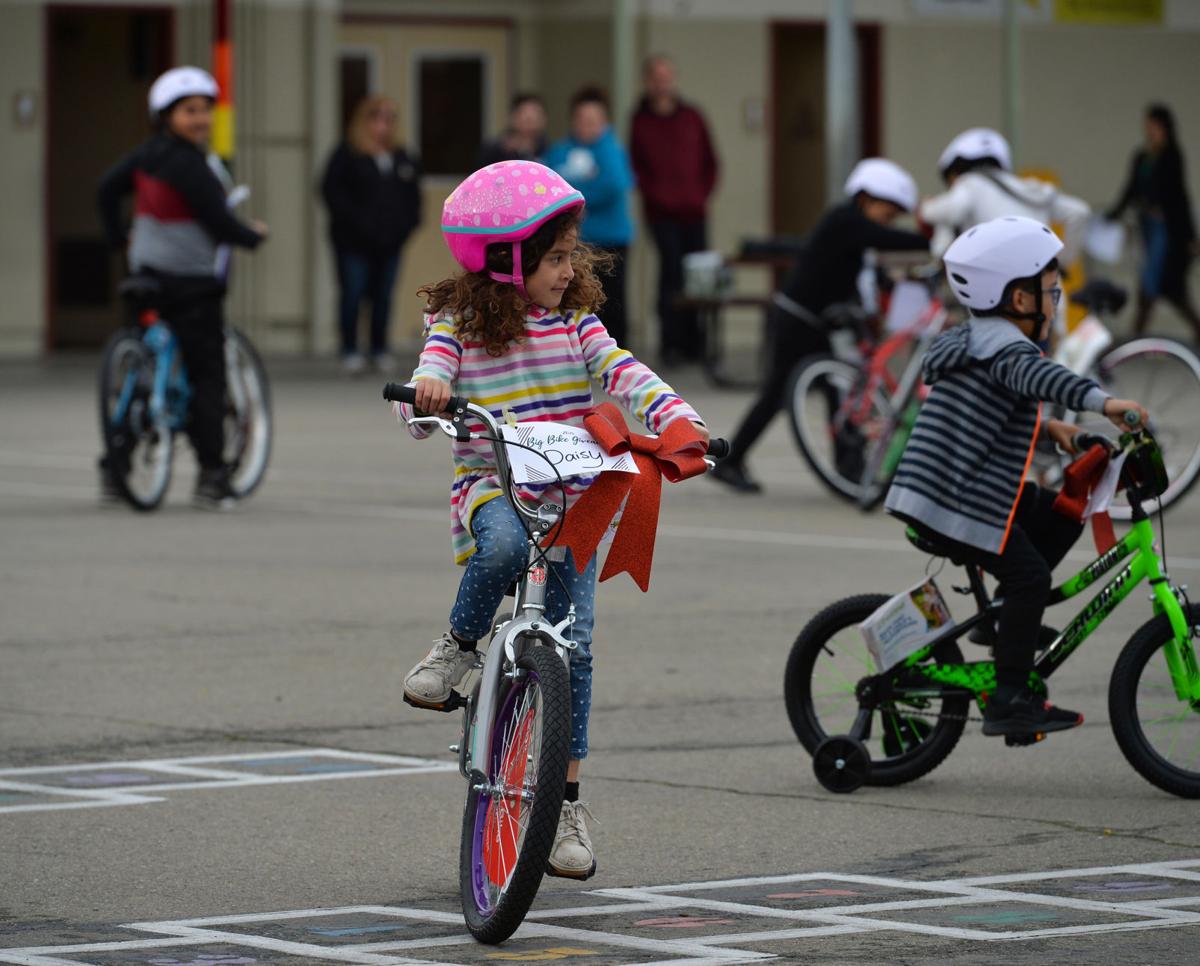 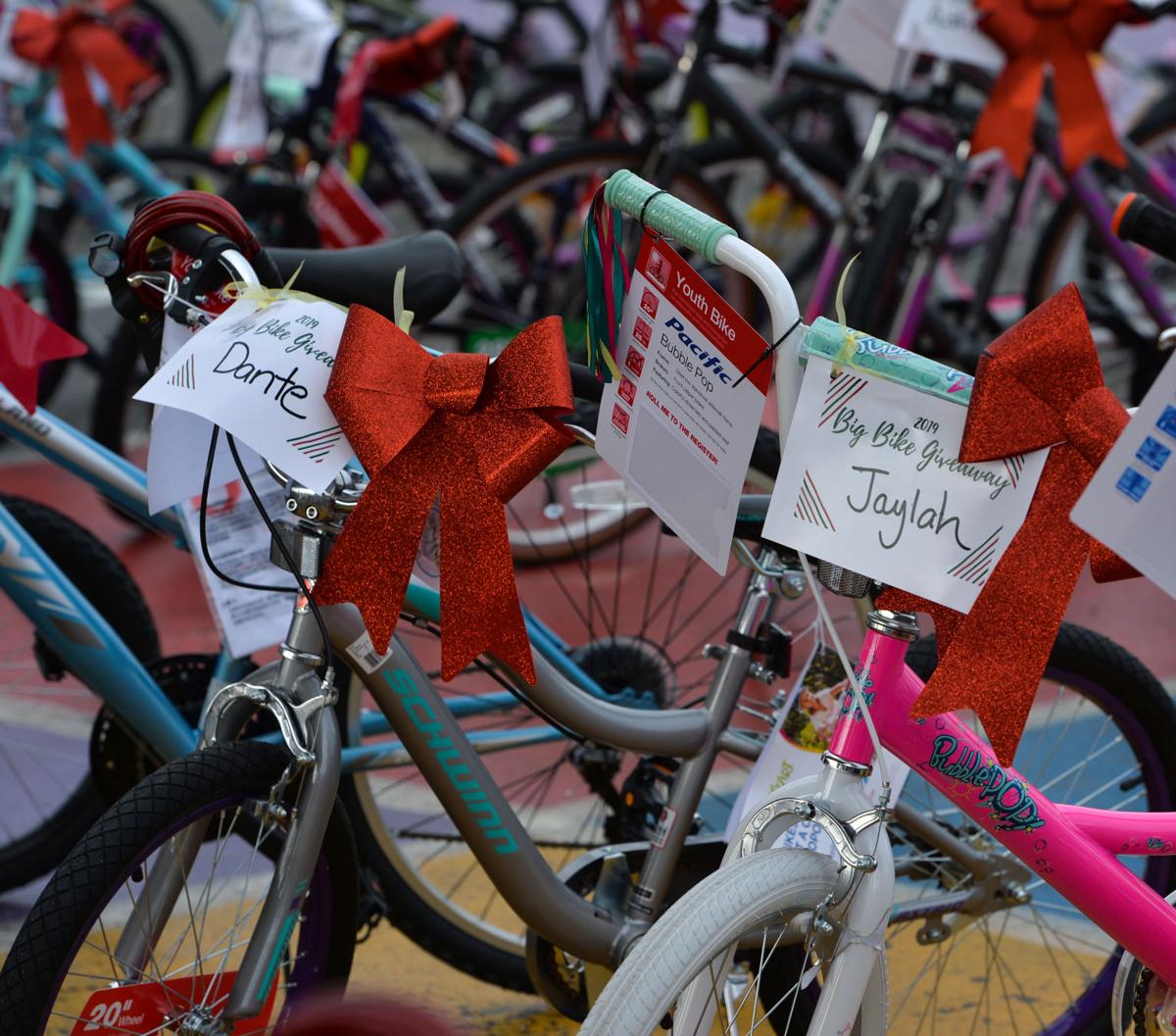 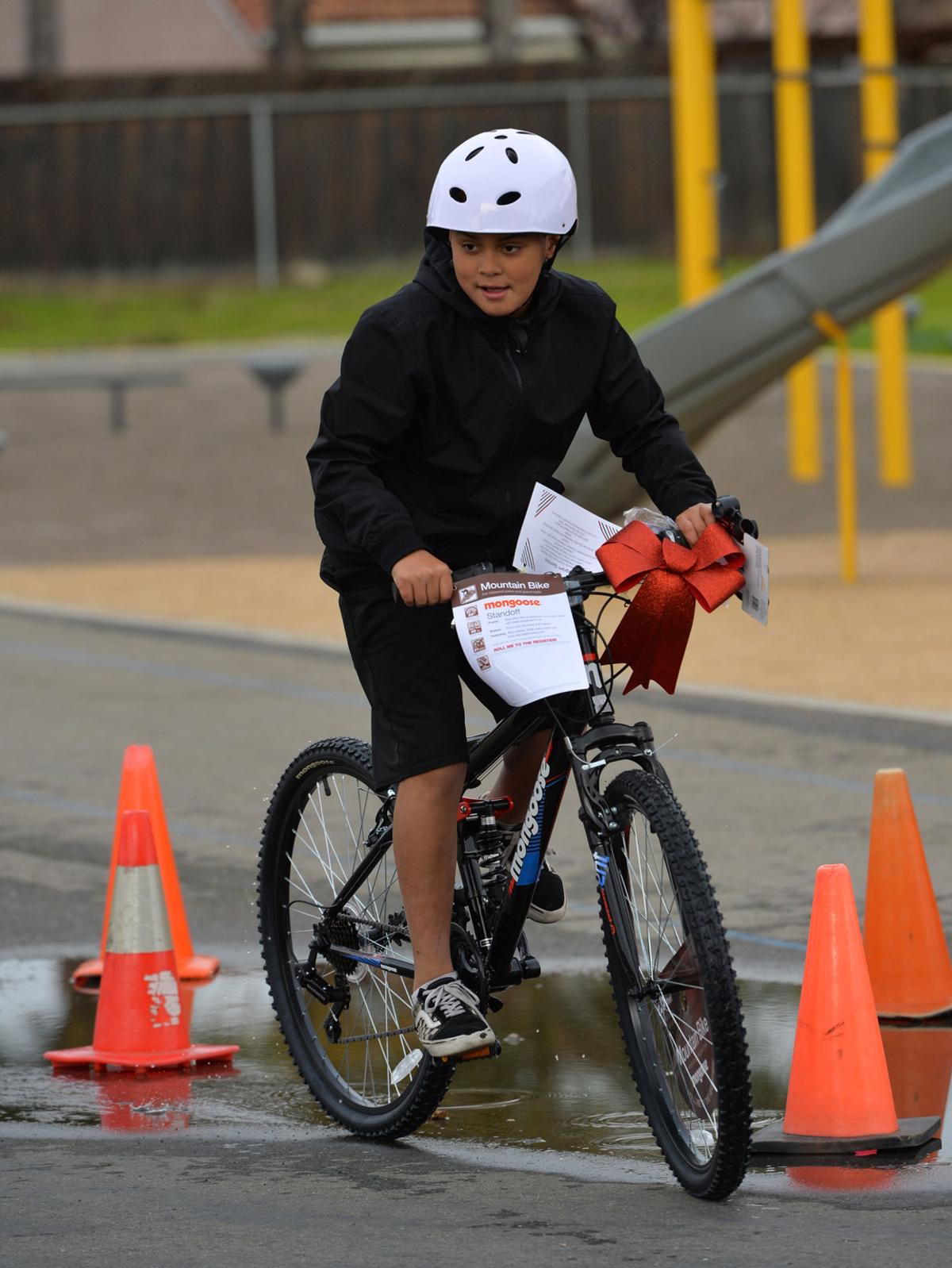 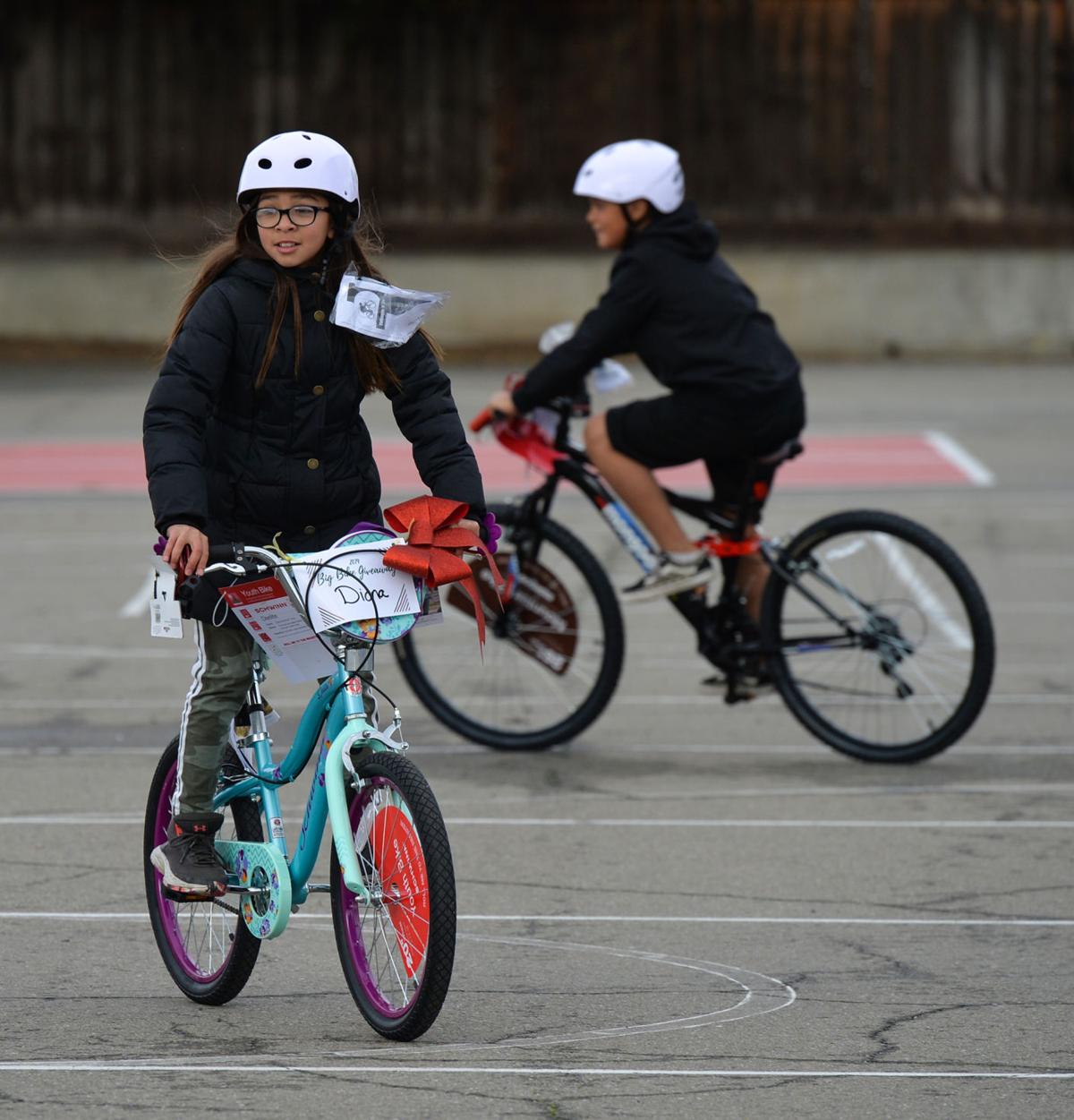 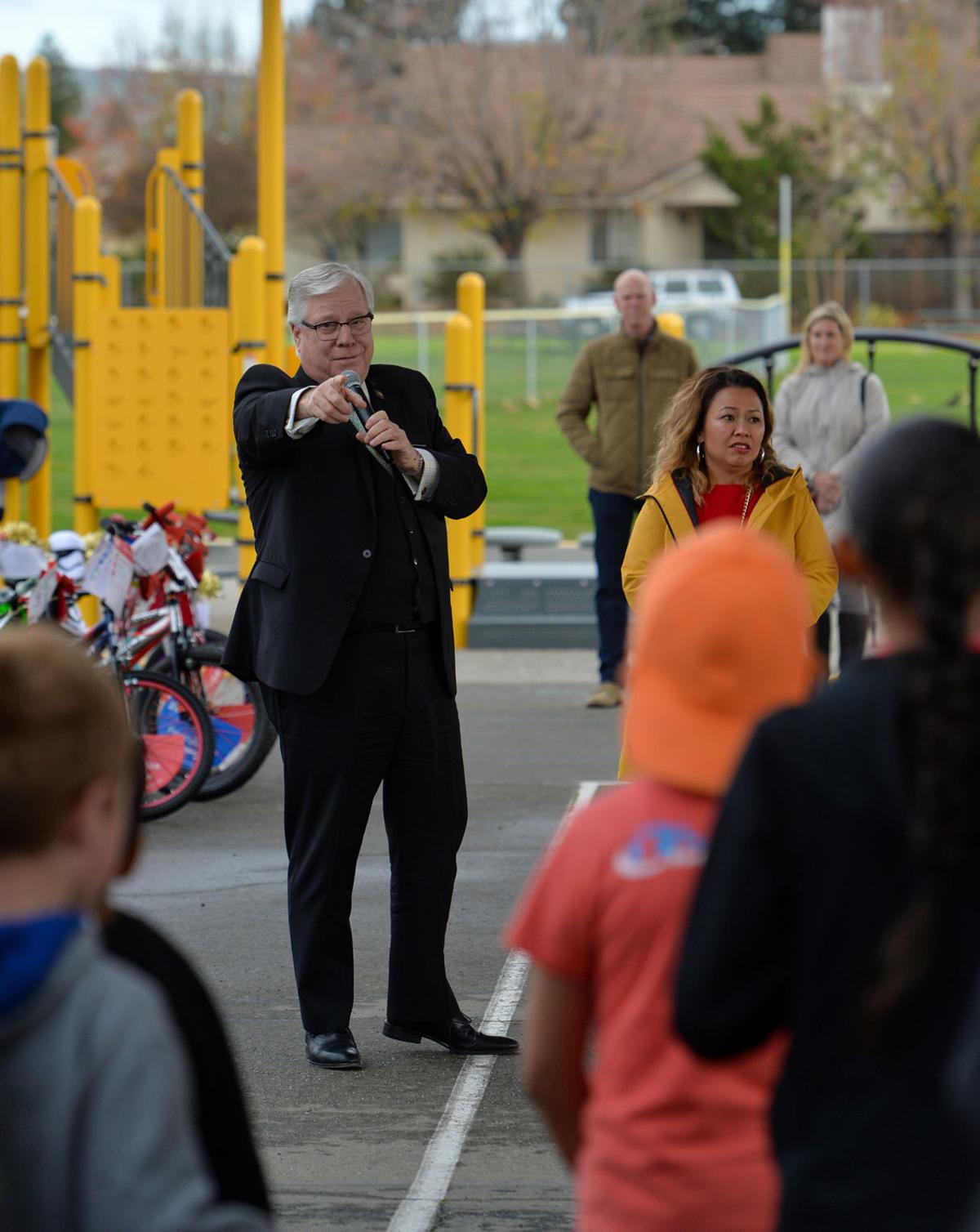 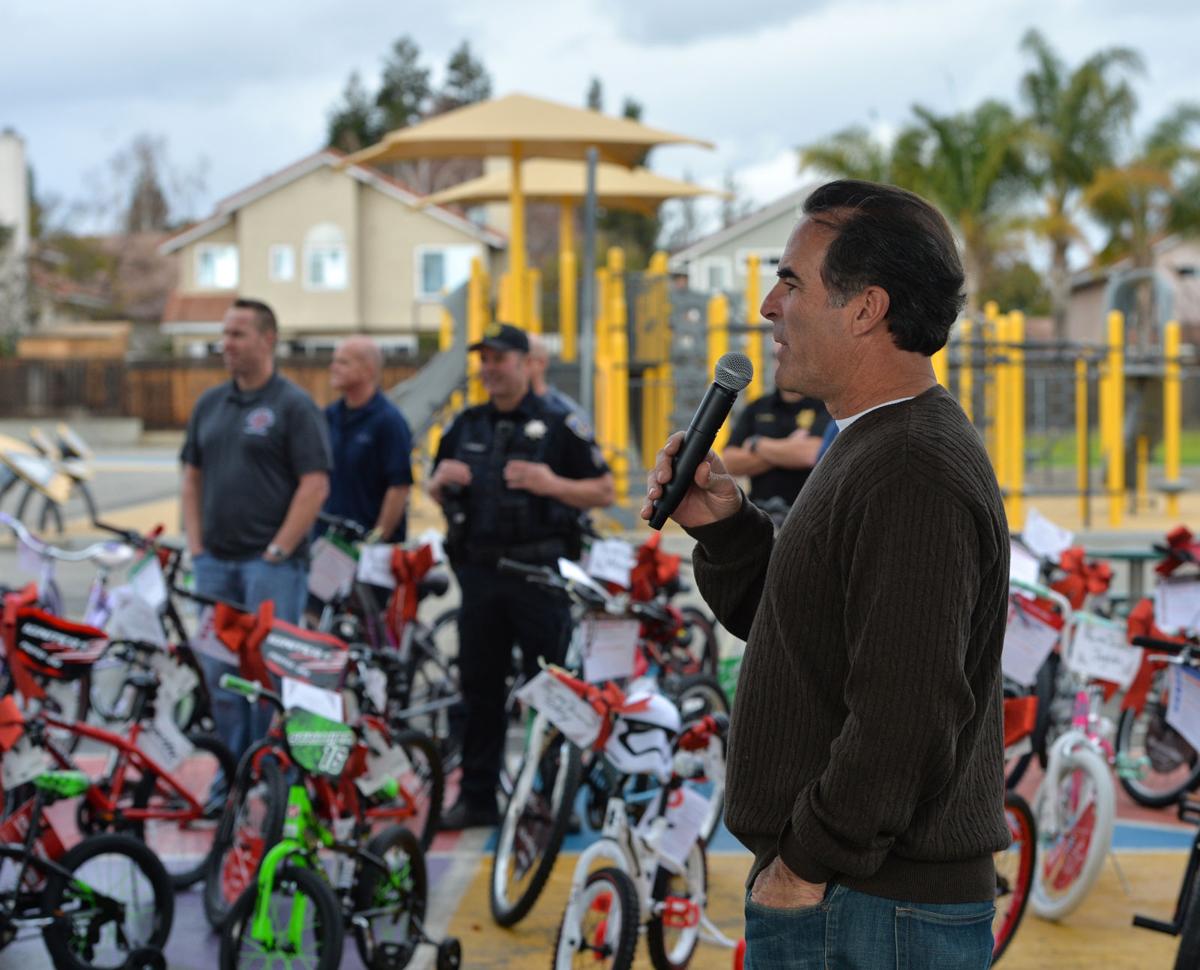 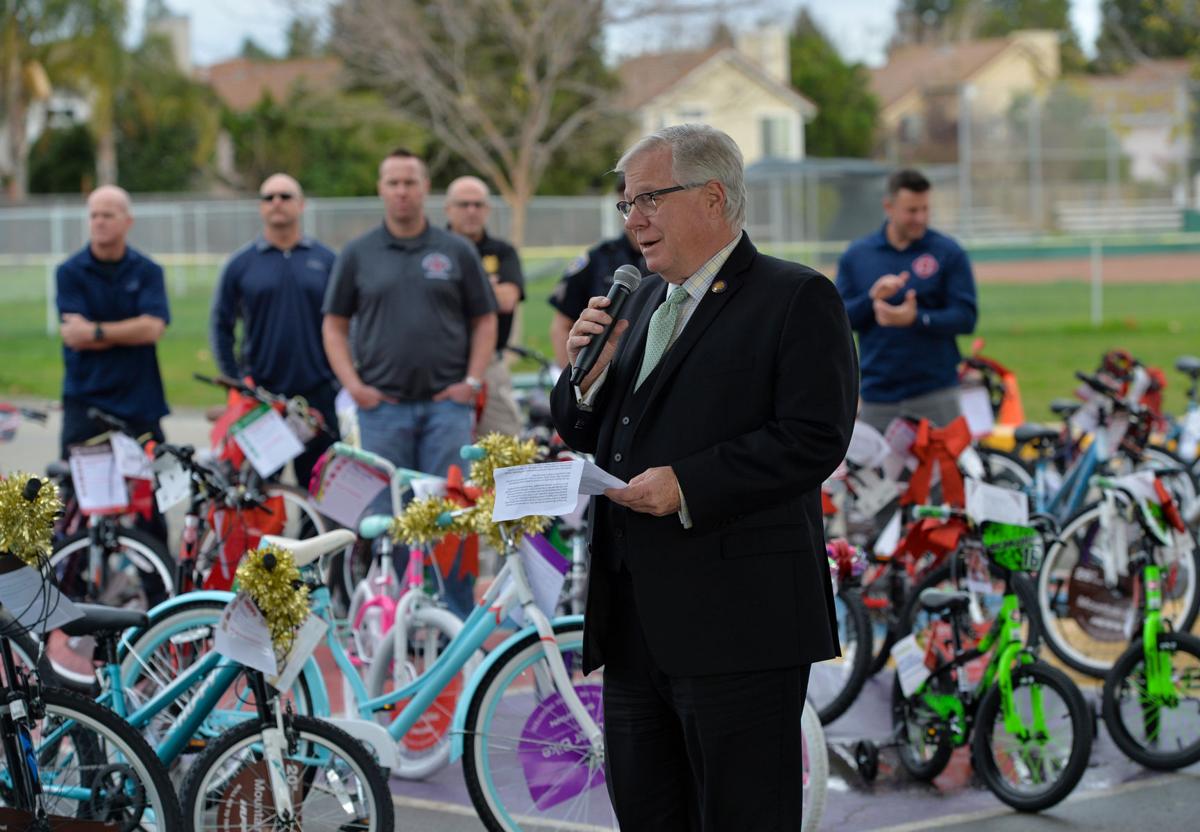 Sponsors and recipients line up to show off the new bikes.

“These kids work so hard to succeed in school," said Alameda County Supervisor Scott Haggerty, whose office has held a yearly food and toy giveaway since 2000. "The bikes will make riding part of their lives, give them a way to reach activities otherwise beyond reach, and, they’re good for the environment.”

The giveaways started last year when the supervisor’s office received a new bicycle from a member of the community with instructions to donate it to someone in need. Haggerty called Livermore Valley Joint Unified School District (LVJUSD) Board President Craig Bueno and asked him to give it to a deserving student.

Bueno thought “why just one,” and made a few calls looking for more bikes to give to students. The Livermore-Pleasanton Firefighters, Livermore Police Officers Assn. and local businesses came through and contributed more bicycles. The result was the first Big Bike Giveaway in 2018, when 22 Junction Avenue K-8 students were given a new bicycle, helmet and bike lock during a special school presentation.

At last year’s event, Bueno challenged everyone to double the number of bikes donated. That number was met and exceeded in Big Bike Giveaway 2019, since 50 lucky kids were able to take home bicycles.

“This was perfect timing,” said Marce Seuter, Development Officer for Shepherd’s Gate. “Bikes are always on the list for homeless children. This is their dream come true.”

Twenty of the new bicycles given away this year were assembled by students from Del Valle High in an after-school program in bicycle repair and mechanics. The program was initiated six years ago by Paul Grasseschi, Del Valle Campus Supervisor. Grasseschi has trained over 125 students on his own time, resulting in over 1,000 bicycles being repaired or assembled, and donated to the community. Grasseschi explained that students benefit by working with their hands, cultivating critical thinking and problem solving skills, and reflecting on “how to put other people before themselves.”

“What a great way for the community to come together and help needy children,” said Leslie Lemieux, Livermore resident and LVJUSD employee.