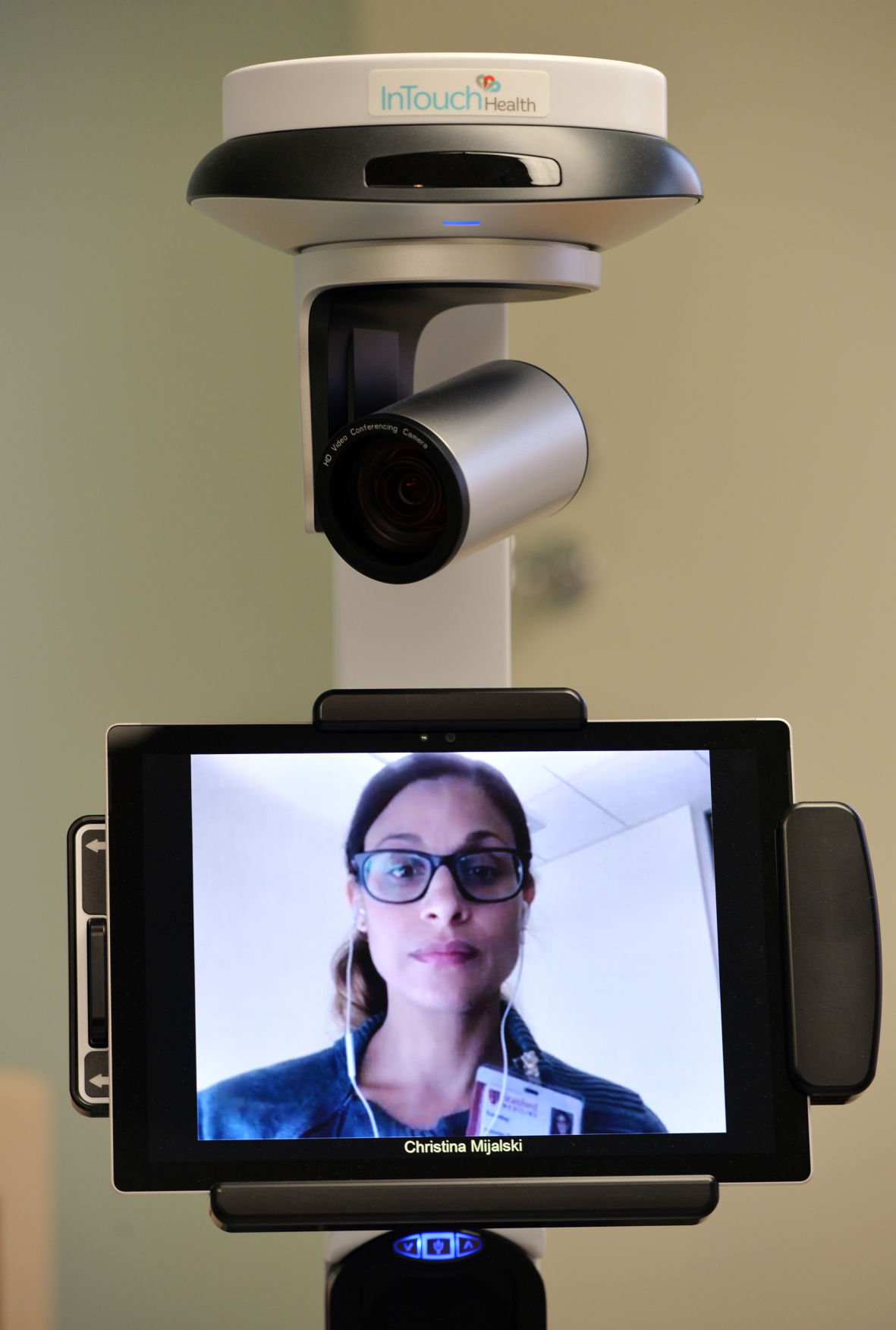 Dr. Christina Mijalski, a Clinical Assistant Professor in neurology at Stanford’s School of Medicine, speaks with those at the Stanford ValleyCare Hospital in Pleasanton (Photos - Doug Jorgensen). 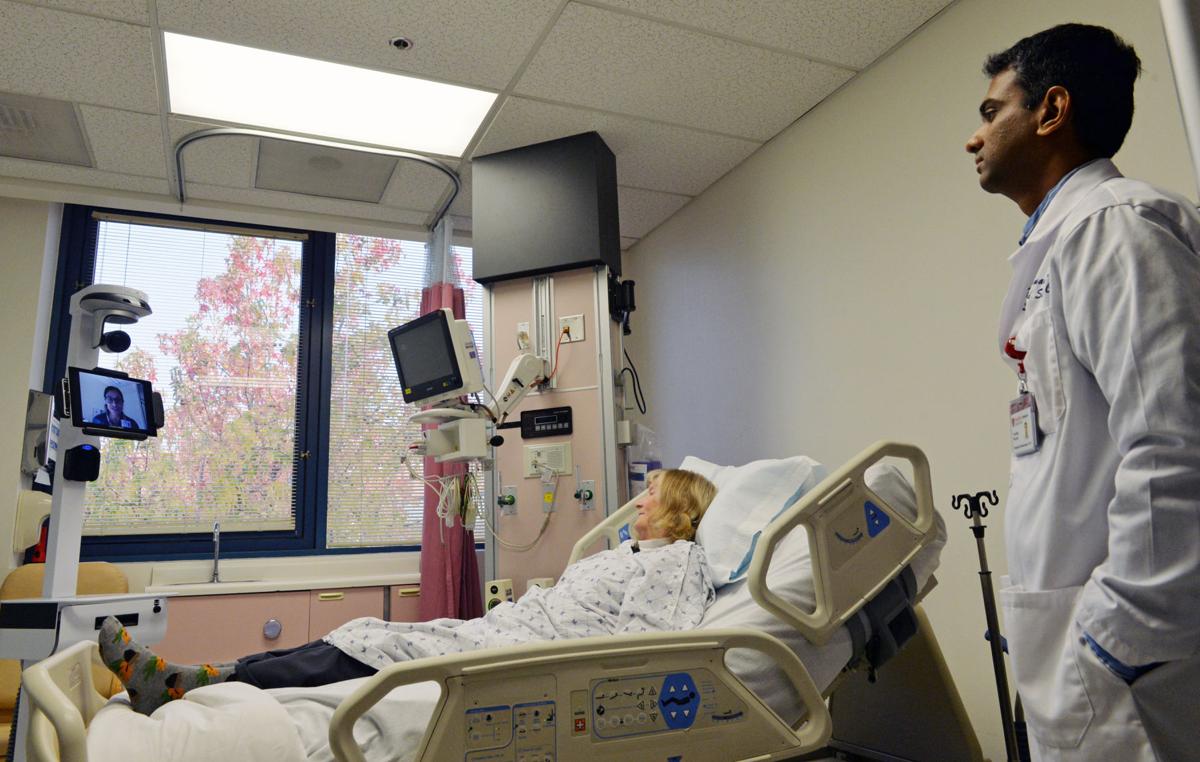 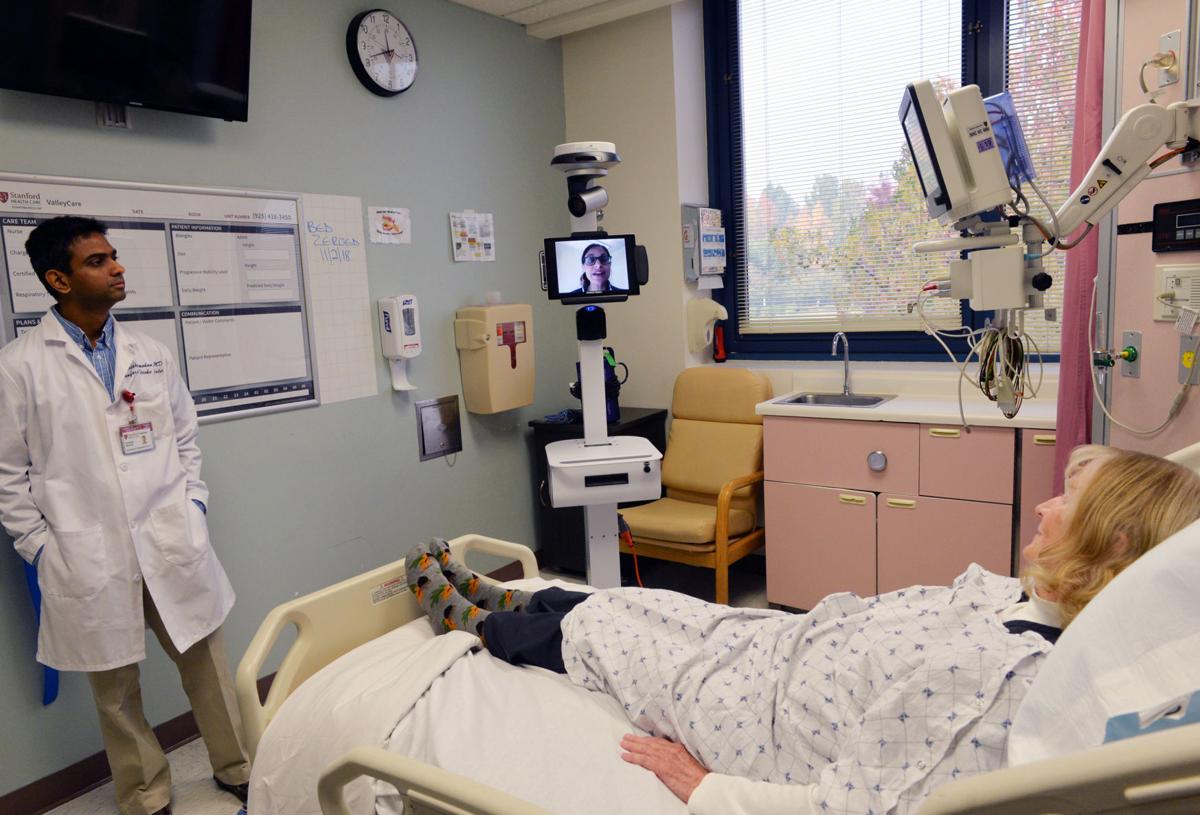 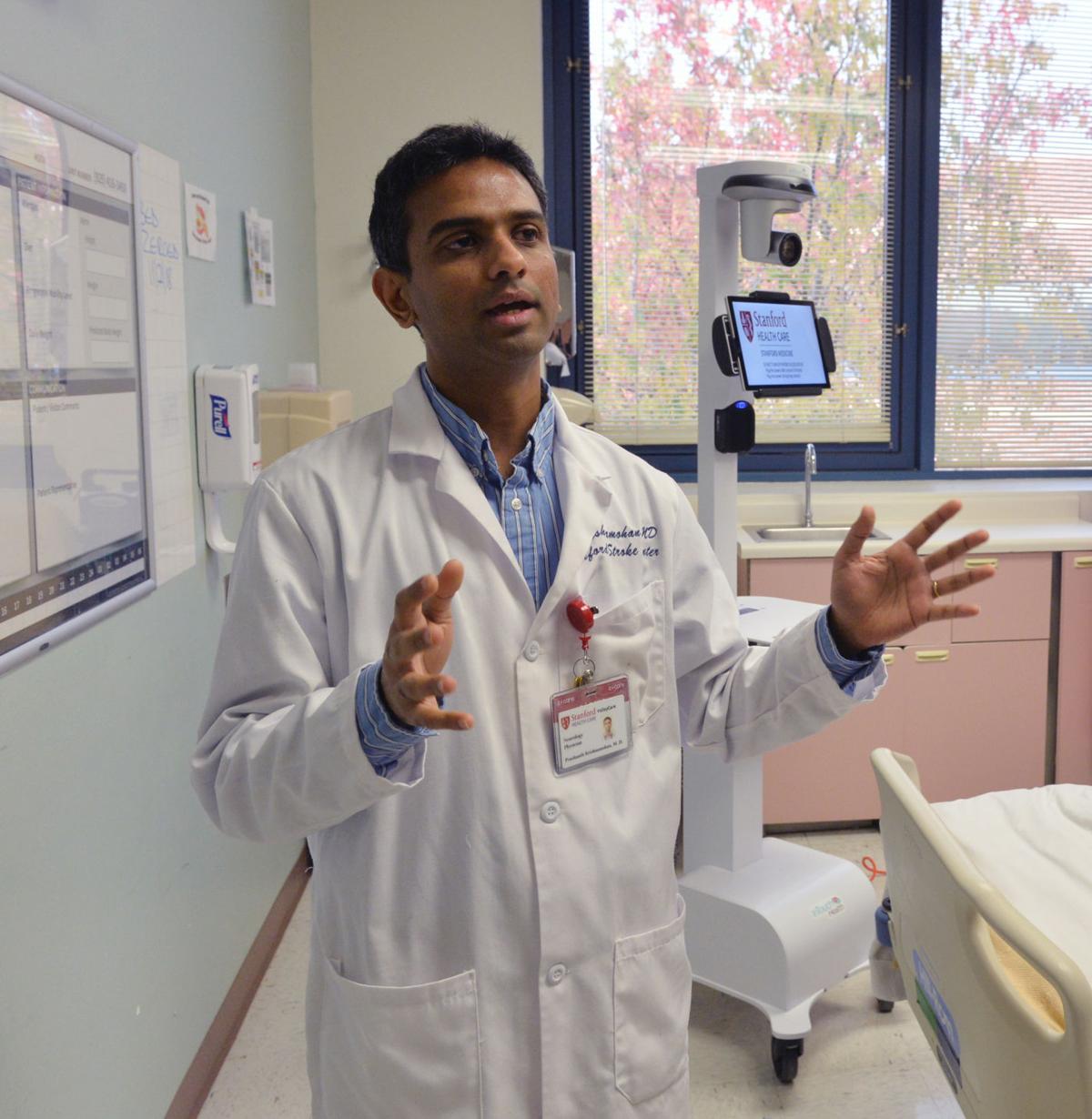 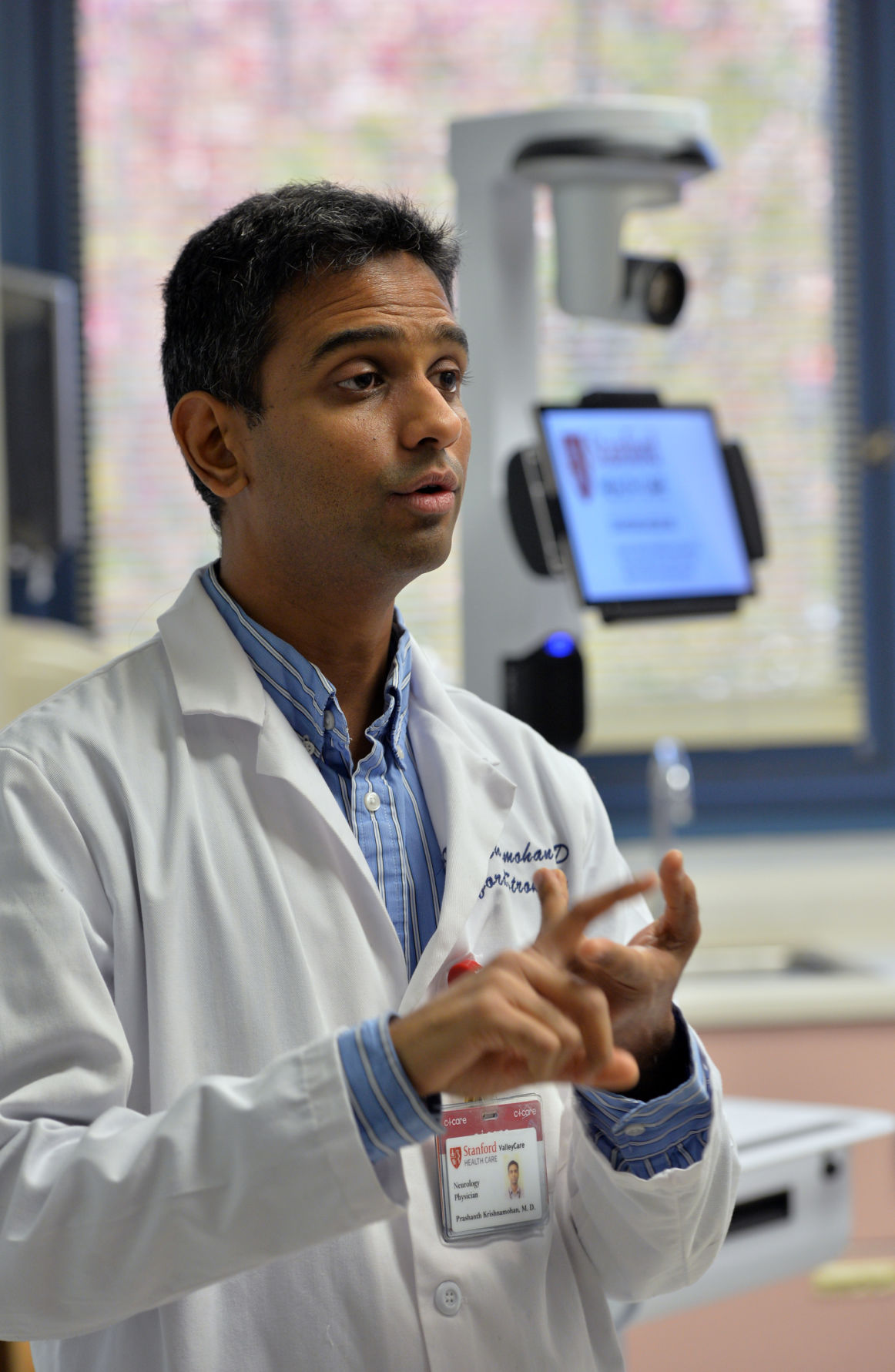 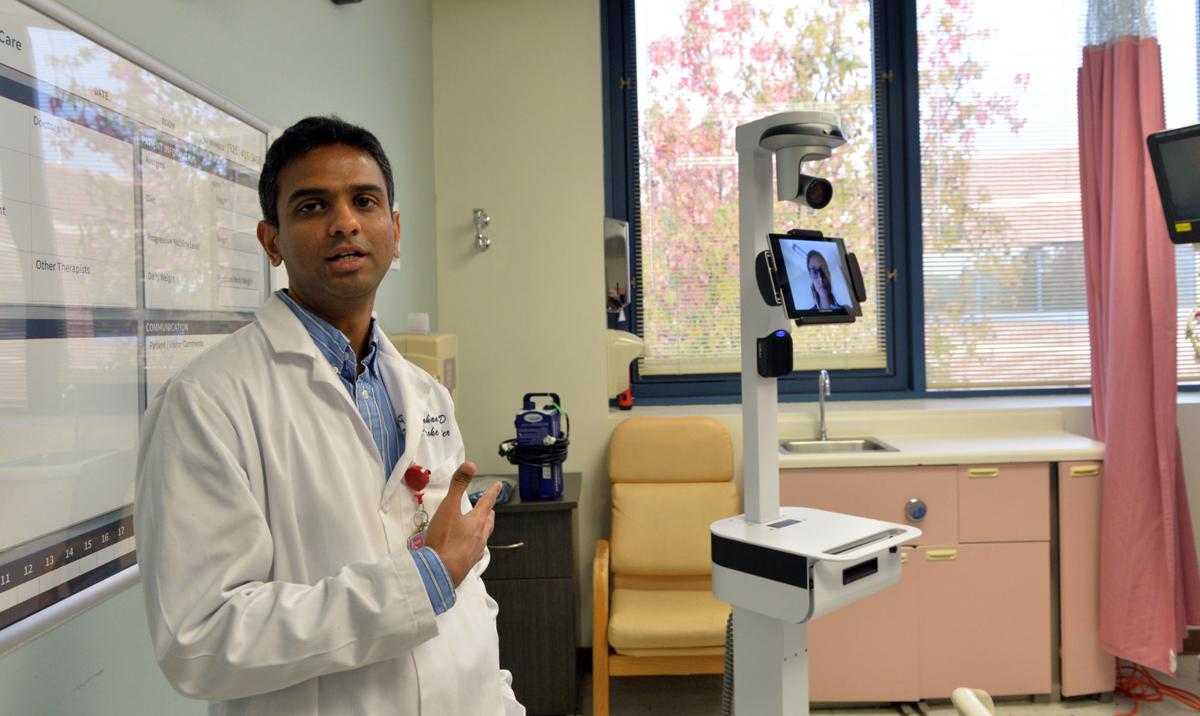 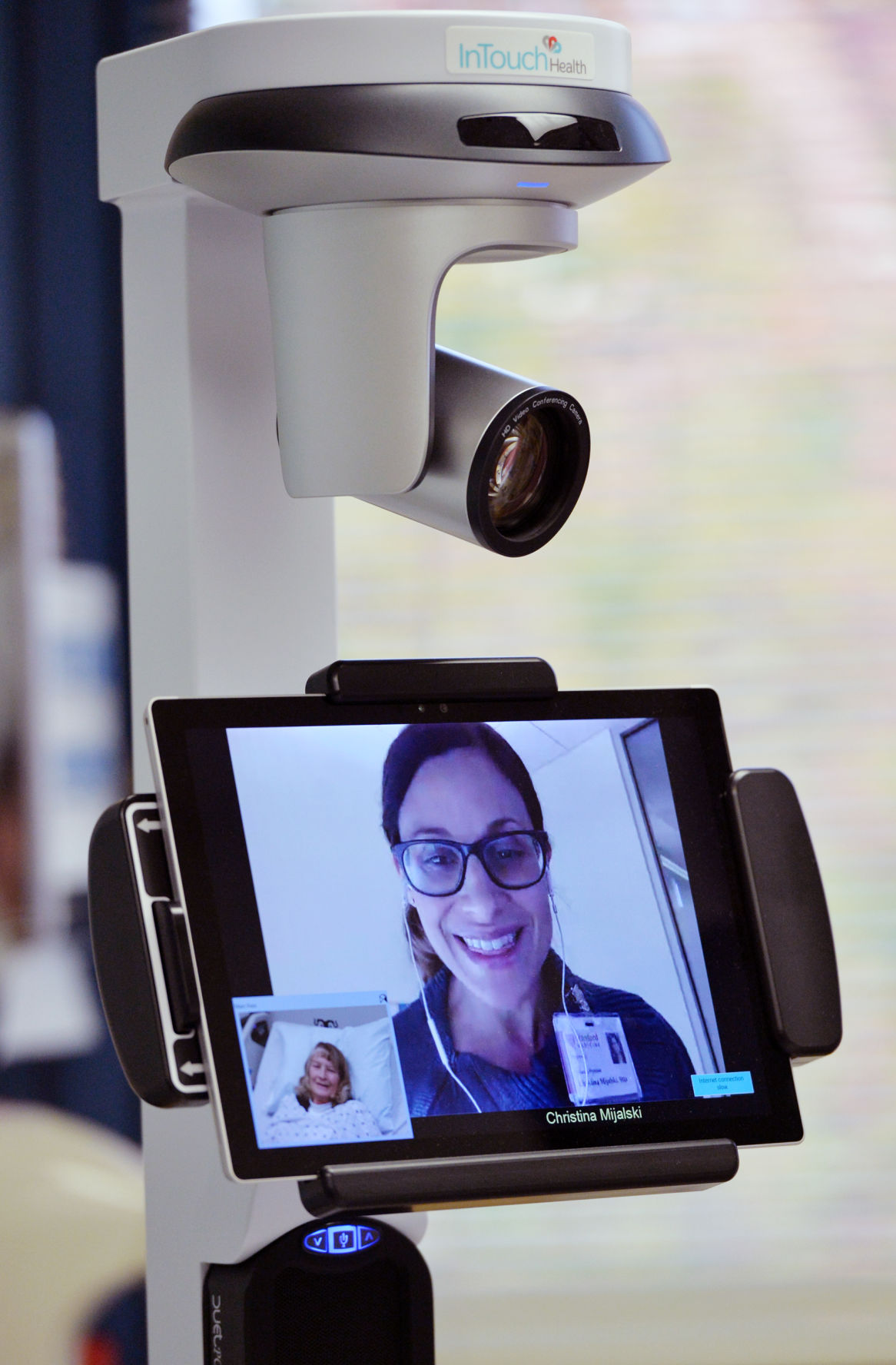 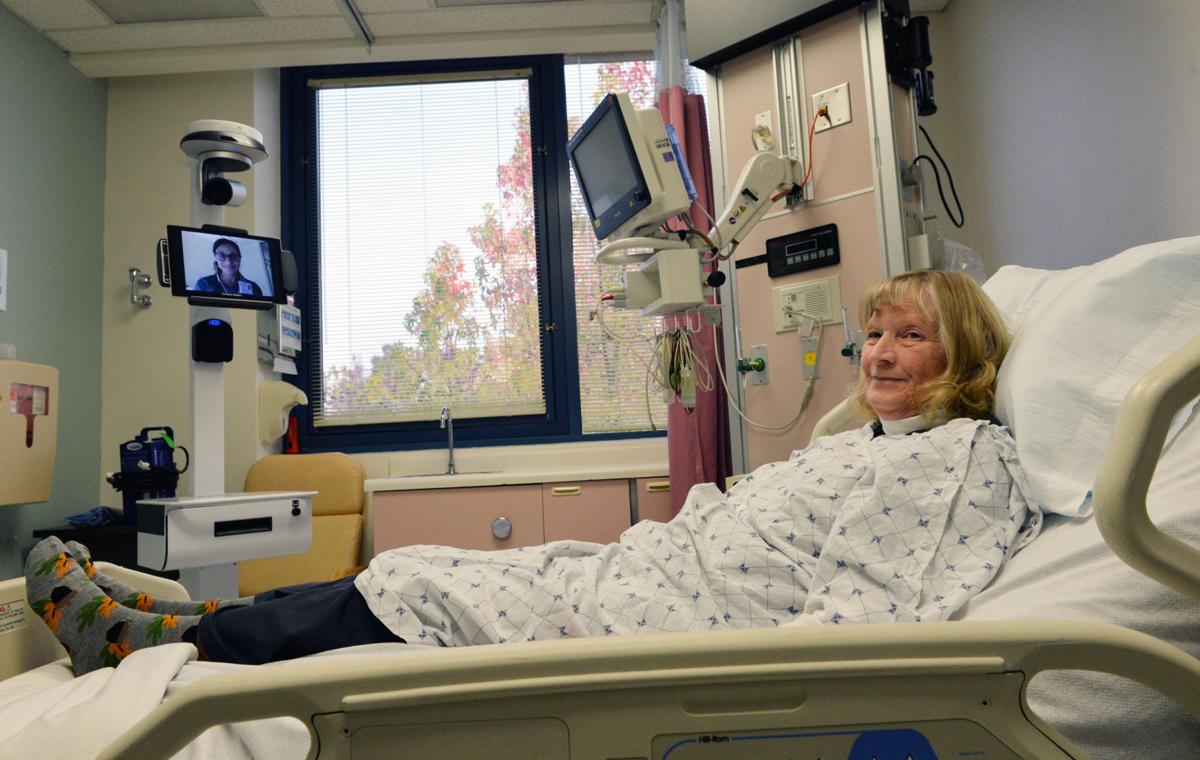 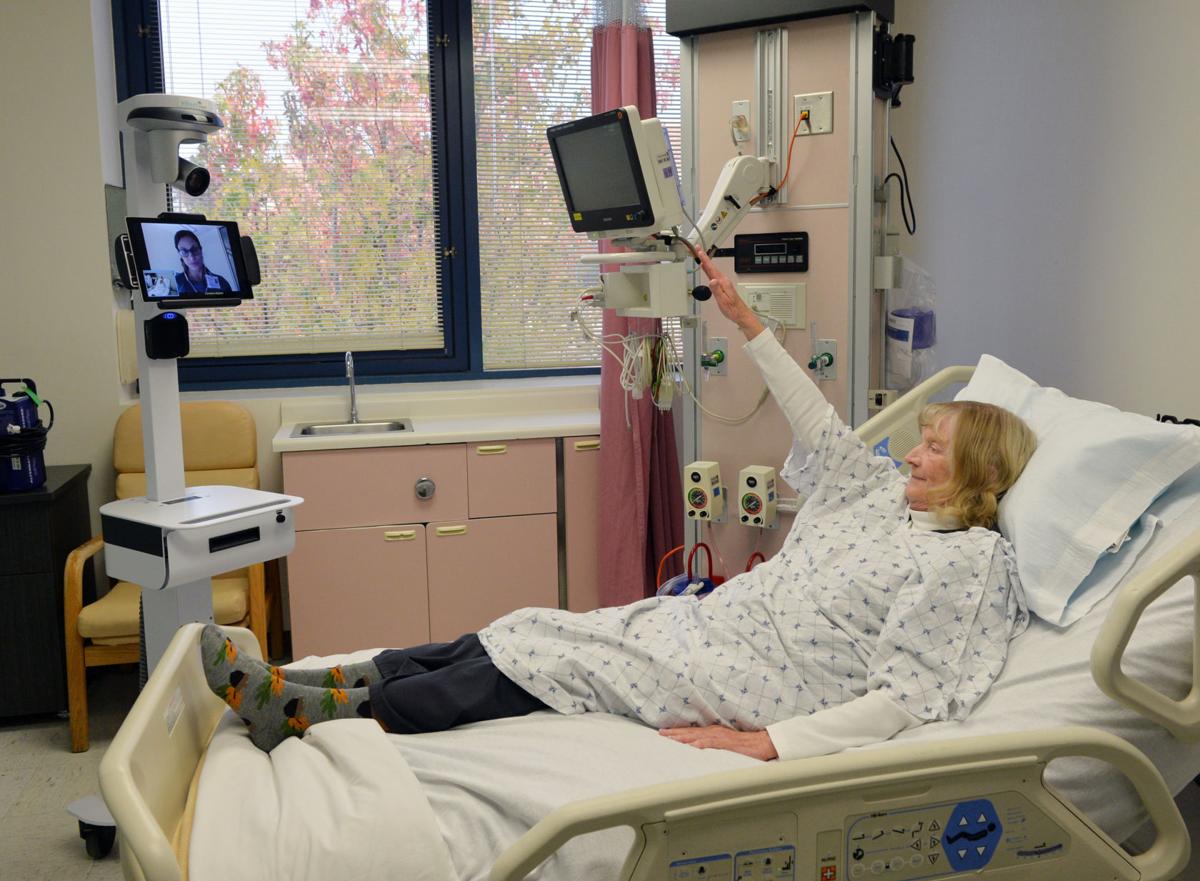 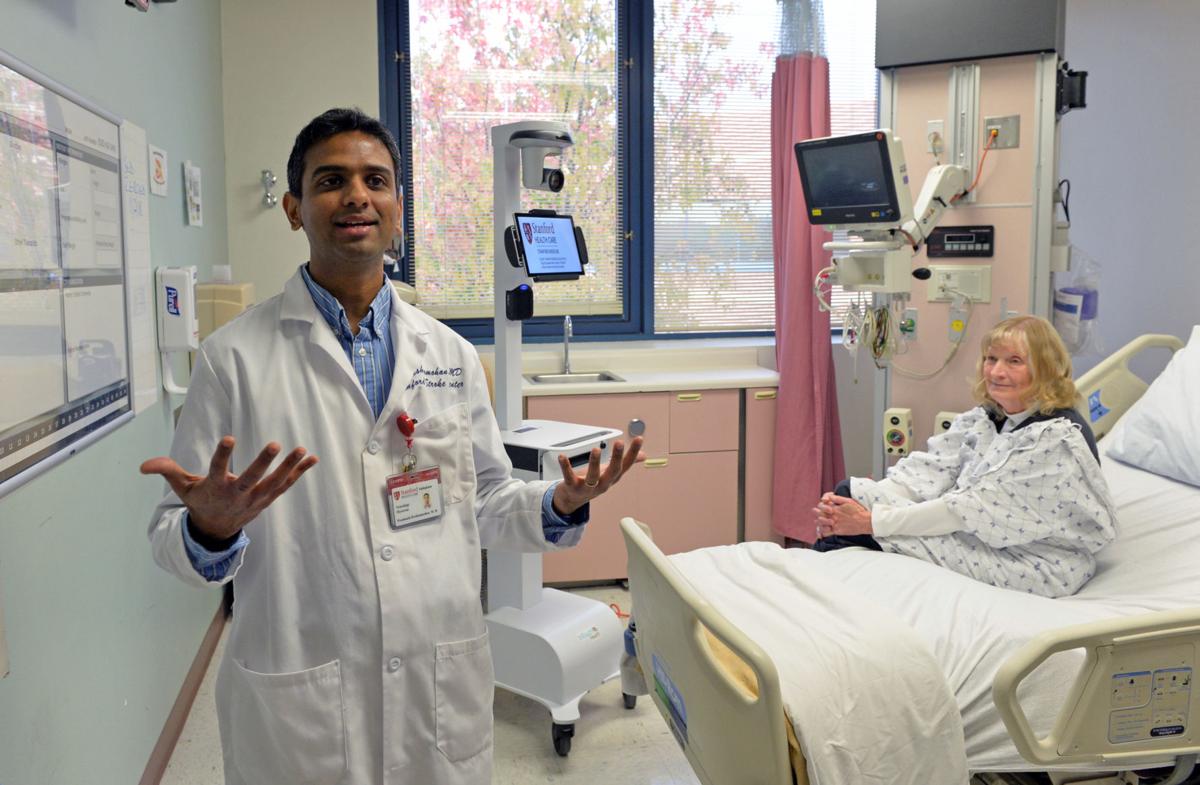 Dr. Christina Mijalski, a Clinical Assistant Professor in neurology at Stanford’s School of Medicine, speaks with those at the Stanford ValleyCare Hospital in Pleasanton (Photos - Doug Jorgensen).

To deal with one of the most important health issues facing an aging U.S. population, Stanford Health Care-ValleyCare Hospital in Pleasanton is strengthening its program for dealing with stroke in hopes of becoming a certified Primary Stroke Center.

The main goal is to bring prompt, life-saving care to local stroke victims who now are being transported many miles to reach a stroke care center outside the Tri-Valley.

Supported by the ValleyCare Charitable Foundation, which hopes to raise $1 million for the purpose by year’s end, the Pleasanton hospital is training and in some cases adding staff in a wide range of disciplines as needed for a certified stroke center.

The Foundation has been supported by large numbers of community donations including $100,000 from Lynn and Joan Seppala of Livermore. Lynn Seppala was victim of a debilitating stroke suffered at age 46. Joan Seppala is publisher of the Independent.

The Foundation still must raise about $400,000 to meet its funding goal. To encourage continued contributions, the Seppalas are matching every two dollars of new contributions with one dollar of their own, up to $150,000.

In addition to training staff, Stanford-ValleyCare has been installing and testing telecommunications equipment so that stroke neurologists at Stanford’s renowned medical center in Palo Alto can examine and interview patients remotely.

The telemedicine capability was on display in Pleasanton last week when a simulated stroke patient demonstrated some of the disabilities of an actual stroke victim while being examined by Dr. Christina Mijalsky, a Stanford neurologist located in Palo Alto.

Stanford-ValleyCare hopes to apply for Primary Stroke Center certification around mid-2019. The application will be submitted to an organization called the Joint Commission, which evaluates healthcare institutions and programs nationwide with the goal of assuring consistent, high standards.

It does so in a wide range of medical fields, from orthopedics to oncology to neurology, the discipline in which stroke medicine generally falls.

The medical resources that Stanford-ValleyCare can draw on are powerful since the hospital is an extension of one of the preeminent U.S. stroke treatment centers, Stanford’s Medical Center in Palo Alto.

Still, there is great room for improvement, Stanford-ValleyCare stroke experts say. There are nearly 800,000 strokes per year in the U.S., some 140,000 of them fatal.

Most strokes occur when blood flow in the brain is blocked, perhaps by a clot broken loose from some other part of the body. These so-called ischemic strokes represent upwards of 85 percent of all strokes.

Not many years ago, the most common treatment for stroke was no treatment – wait and see how the patient recovered. In 1996, the federal Food and Drug Administration approved the use of TPA, a drug that that helps break up clots.

The other type of stroke, less common, is hemorrhagic, caused by a burst blood vessel in the brain.

Whichever type of stroke occurs, minutes count in treatment since without blood, brain tissue begins to die fast. According to the American Heart Association and American Stroke Association, 10 percent of brain function may be lost every 30 minutes without treatment.

More from this section

'I was enraged': Partner of fallen officer reacts to Trump's comments about Jan. 6

It’s vital to know which kind of stroke to treat, since TPA administered to break up a clot could make a hemorrhagic stroke worse. Hemorrhagic stroke may be treated by inserting a tiny mechanical device, like a coil, to stop further rupture of the vessel, or by surgery.

In the years after TPA was introduced for ischemic strokes, it was found that the drug was mainly effective if administered within three hours. For somewhat longer, up to 4.5 hours, it could help a smaller number of select patients.

More recently, at the forefront of research, there are now indications of possible improved outcomes even after longer delays.

At Stanford’s Medical Center in Palo Alto, for example, advanced brain imaging has been able to distinguish viable brain tissue amid masses of dead cells, leading to the identification of some patients who can benefit from treatment as long as 24 hours after a stroke.

Regardless of hopes generated by advanced research, the success of lifesaving or disability-sparing treatment for stroke still depends overwhelmingly on speed. However advanced the technologies, stroke victims may benefit most from old-fashioned teamwork and constant practice.

In many successful programs, stroke team members have learned to carry out activities in parallel rather than sequentially. This approach is sometimes called the Helsinki model for a fast-response stroke program pioneered in Finland.

Kaiser Permanente’s highly regarded stroke response program is called EXPRESS, in which training includes the use of role-playing cards containing individual instructions for team members ranging from doctors to IT specialists.

As Stanford-ValleyCare creates a faster and more proficient stroke program, training for “frontline staff” emphasizes learning and practicing protocols “before treating patients,” according to Shaké Sulikyan, executive director of the ValleyCare Charitable Foundation.

“This (training) is one of the most important aspects of stroke care,” she wrote in an email.

More than for many other conditions and illnesses, stroke demands a variety of responders. Stanford-ValleyCare is conducting training not only for doctors and nurses, but also for other essential team members, like lab and pharmacy technicians, certified nursing assistants and physical and occupational therapists, Sulikyan said.

In general, only about one-fifth of stroke victims reach the hospital promptly, meaning soon enough after the stroke that doctors can expect to prevent or reduce serious complications, according to Prasanth Krishnomohan, medical director of neurology at Stanford-ValleyCare.

If a family brings a loved one to Stanford-ValleyCare with symptoms that might suggest stroke, like dizziness and slurred or confused speech, neurologists and other emergency personnel will make an evaluation and send the patient to a stroke center as needed.

Transport can be by helicopter, if that is warranted, since Stanford-ValleyCare has a helipad on site.

Informal anecdotes from emergency response crews suggest that perhaps one potential stroke patient per day is now transported out of the Tri-Valley, taking precious time to get to one of the more distant stroke centers.

If and when Stanford-ValleyCare is certified as a Primary Stroke Center, emergency crews that now drive past can be expected to bring such patients to Pleasanton for diagnosis and treatment.

It's not possible to predict exactly how many such patients will actually arrive, but Sulikyan points out that stroke is a regrettably common occurrence. 800,000 strokes per year in the U.S. means one occurs every 40 seconds.

Creating and operating a Primary Stroke Center “is a critical service to provide our community of 210,000 residents living in Livermore, Pleasanton and Dublin,” she said.

Vanessa Williams dazzles the crowd during a fundraiser gala performance at the Bankhead Theater on Saturday, Sept. 11. The Livermore-Amador Symphony, led by Lara Webber, supported the performance. Through live auctions, donations and ticket s…