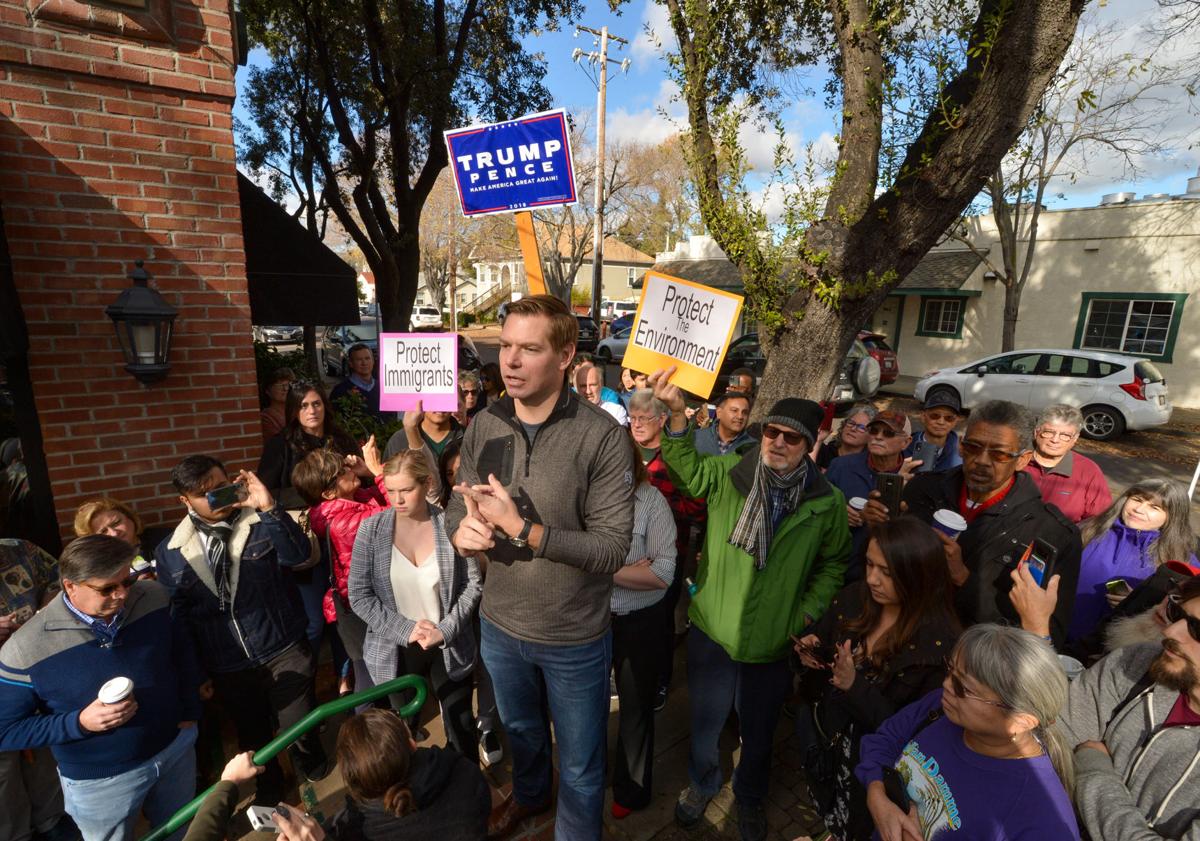 Swalwell’s “Cocoa with the Congressman” in downtown Pleasanton on Dec. 14 drew a crowd of about 200 people. (Photos - Doug Jorgensen) 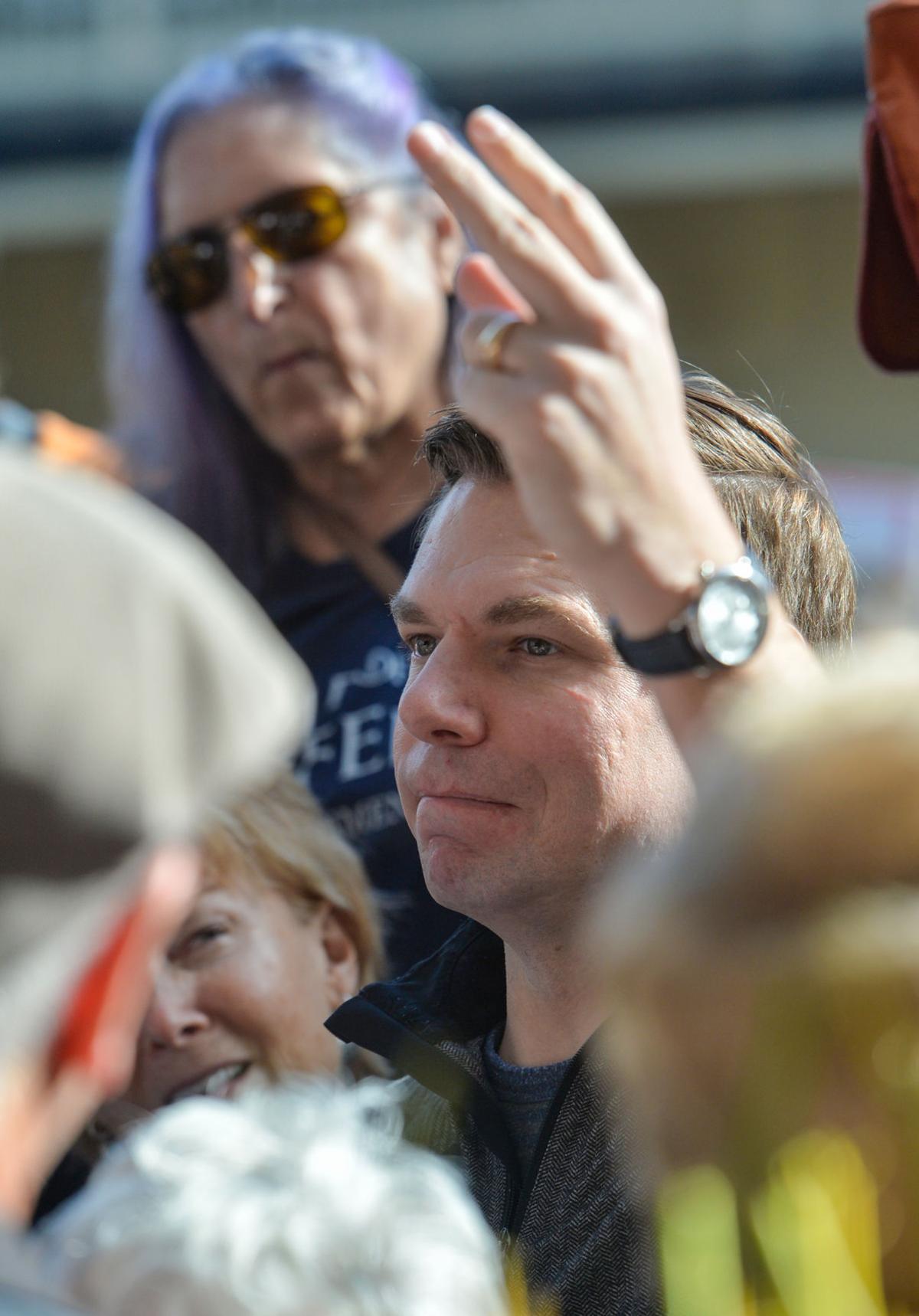 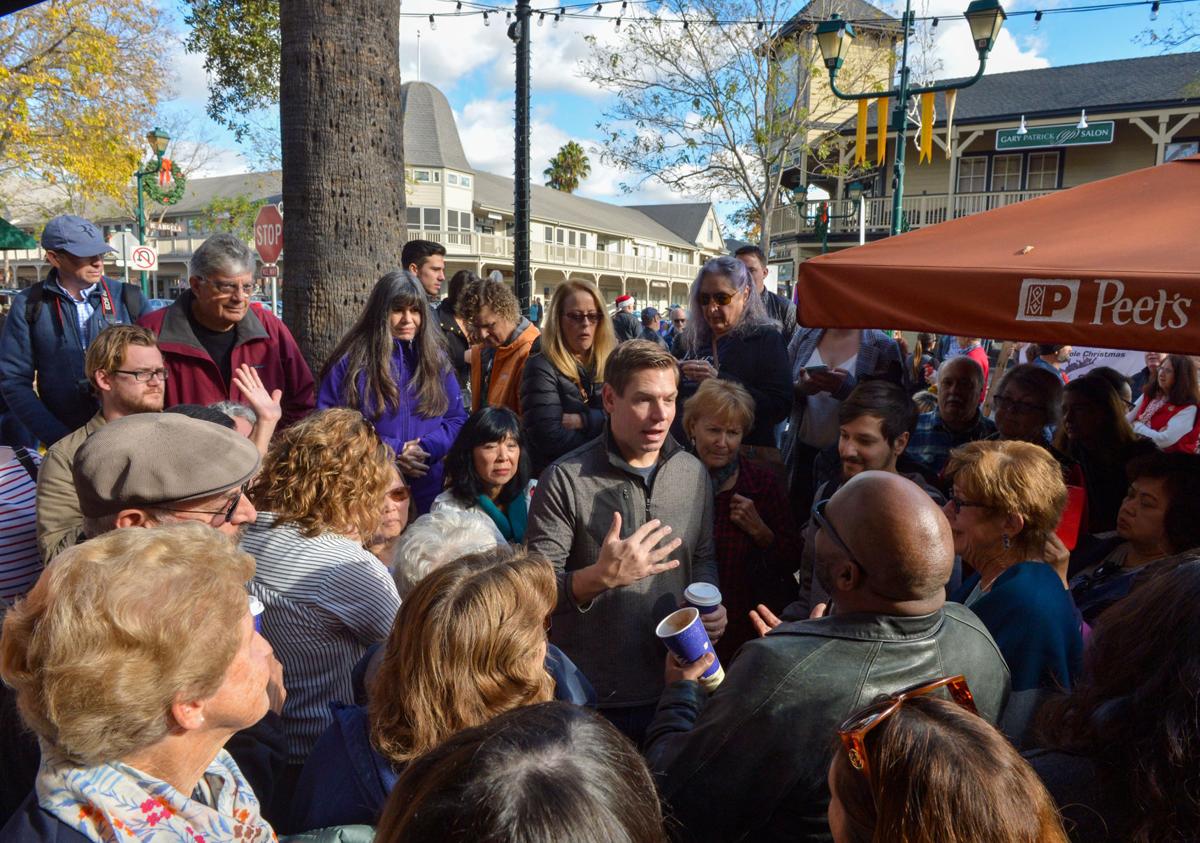 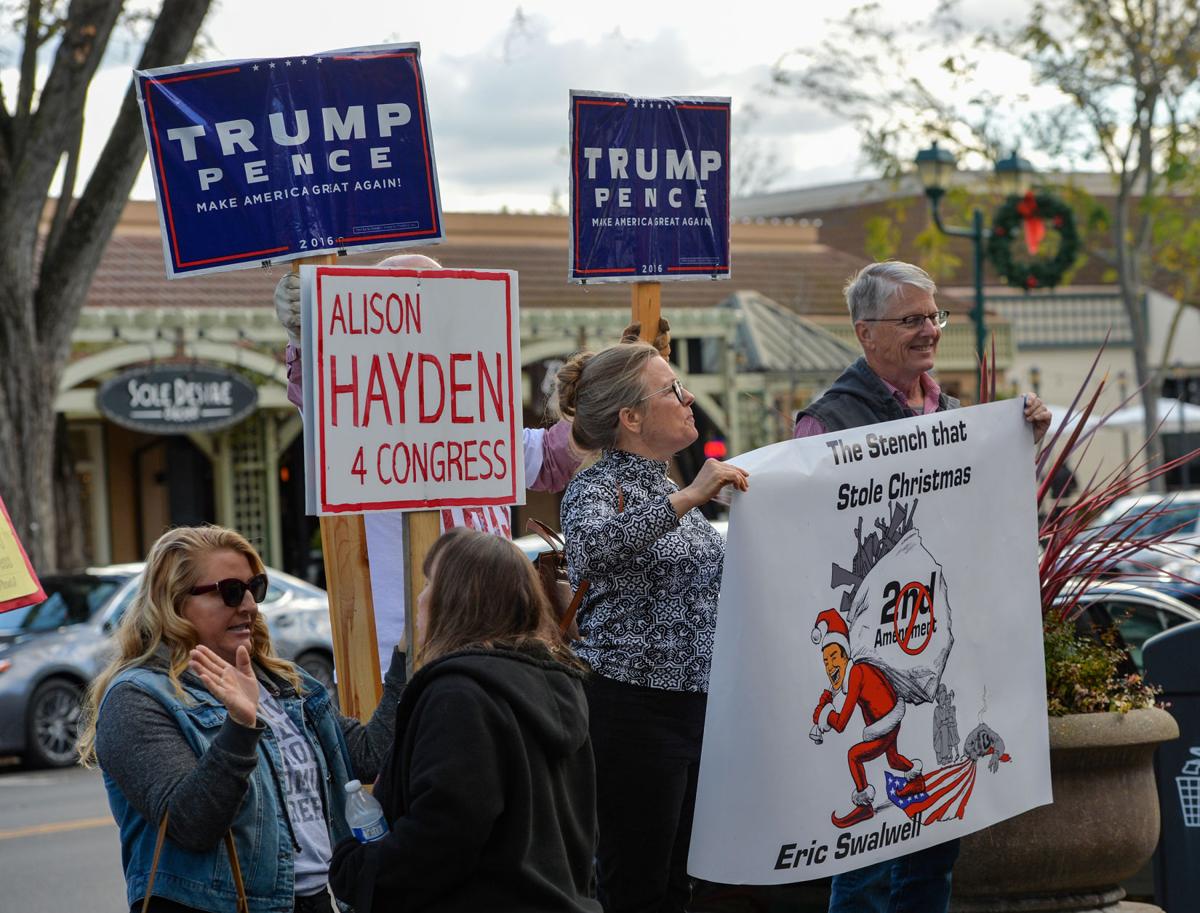 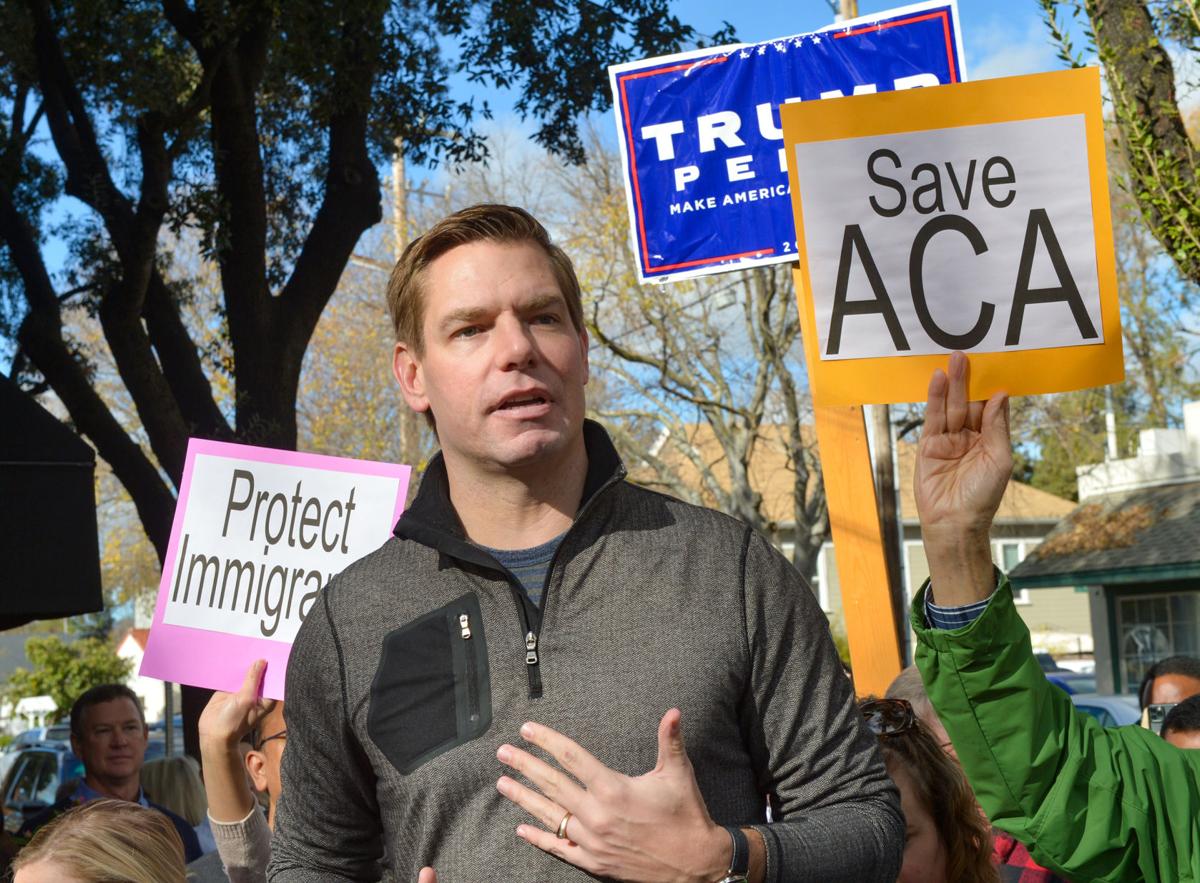 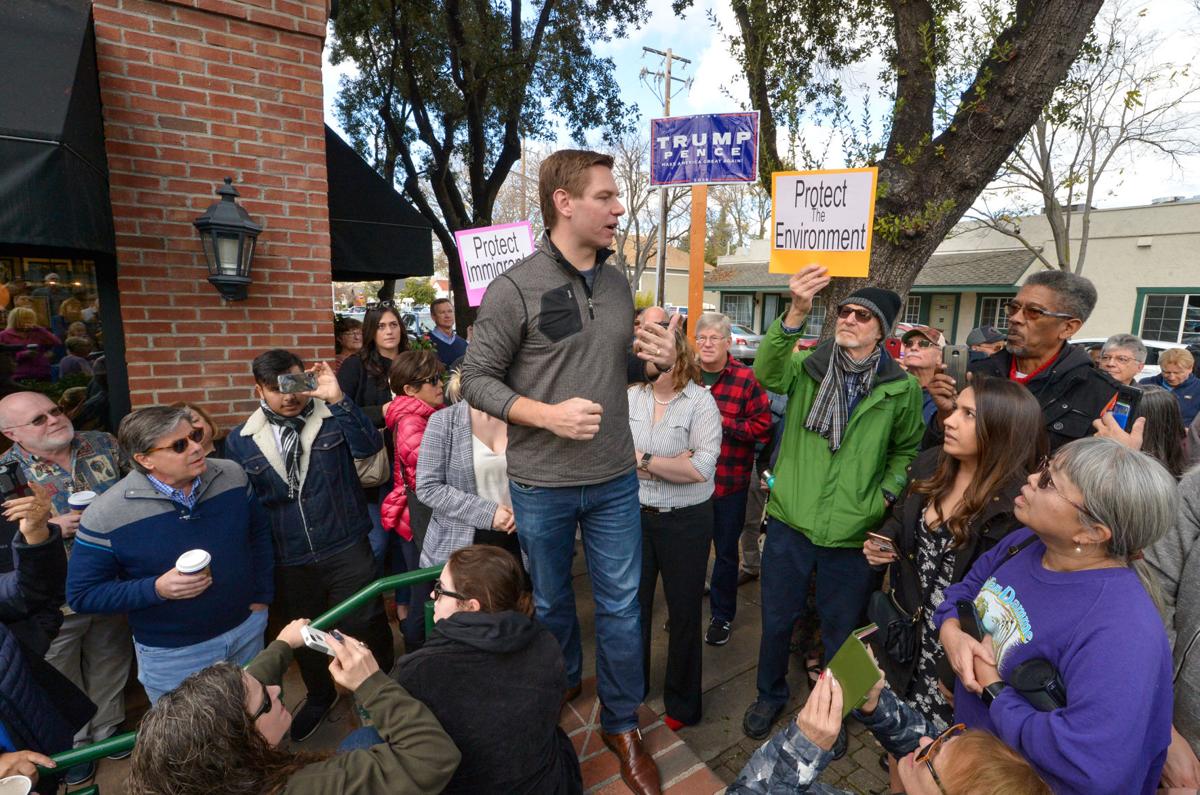 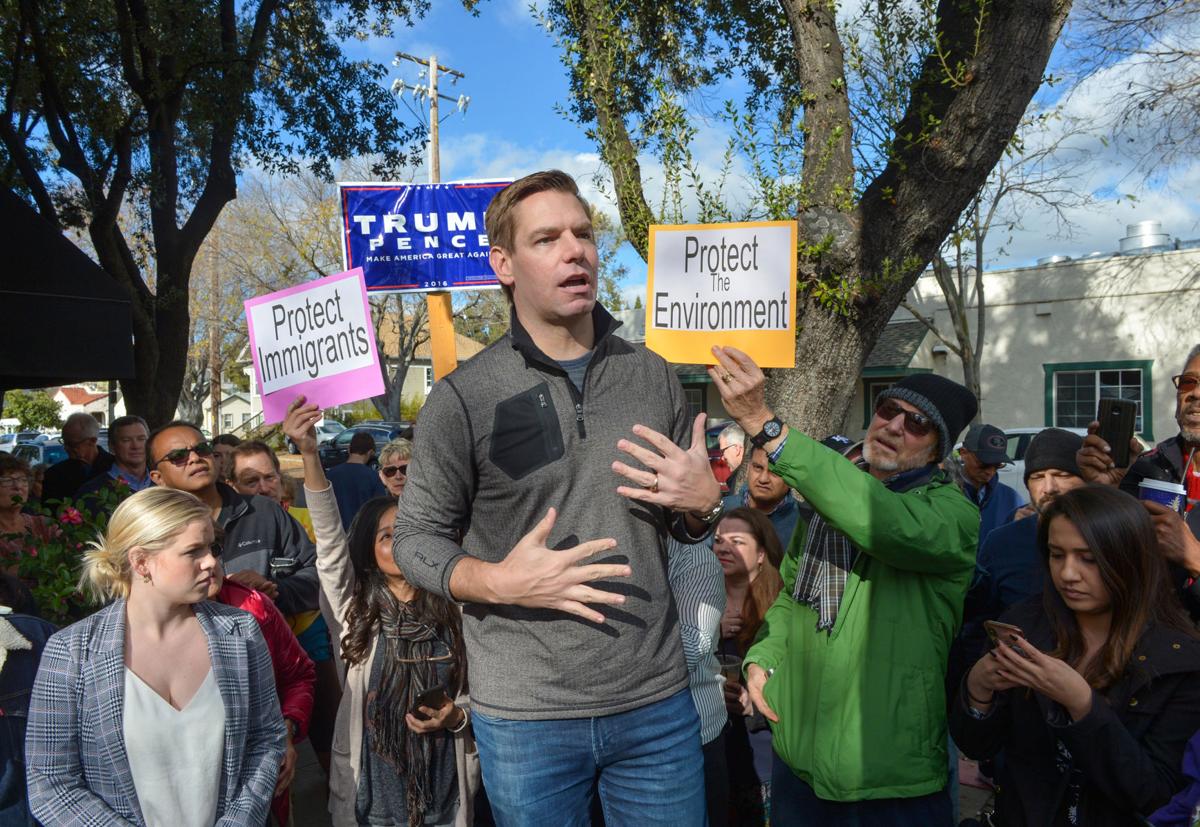 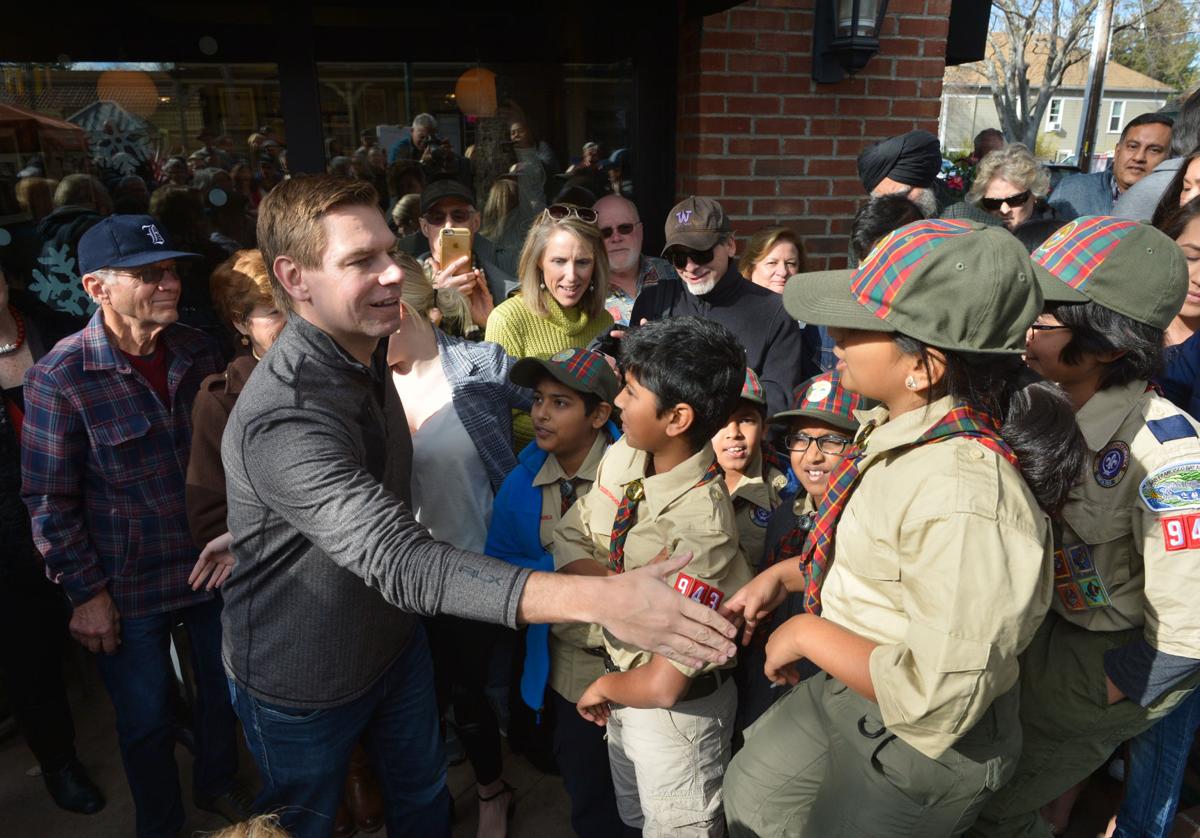 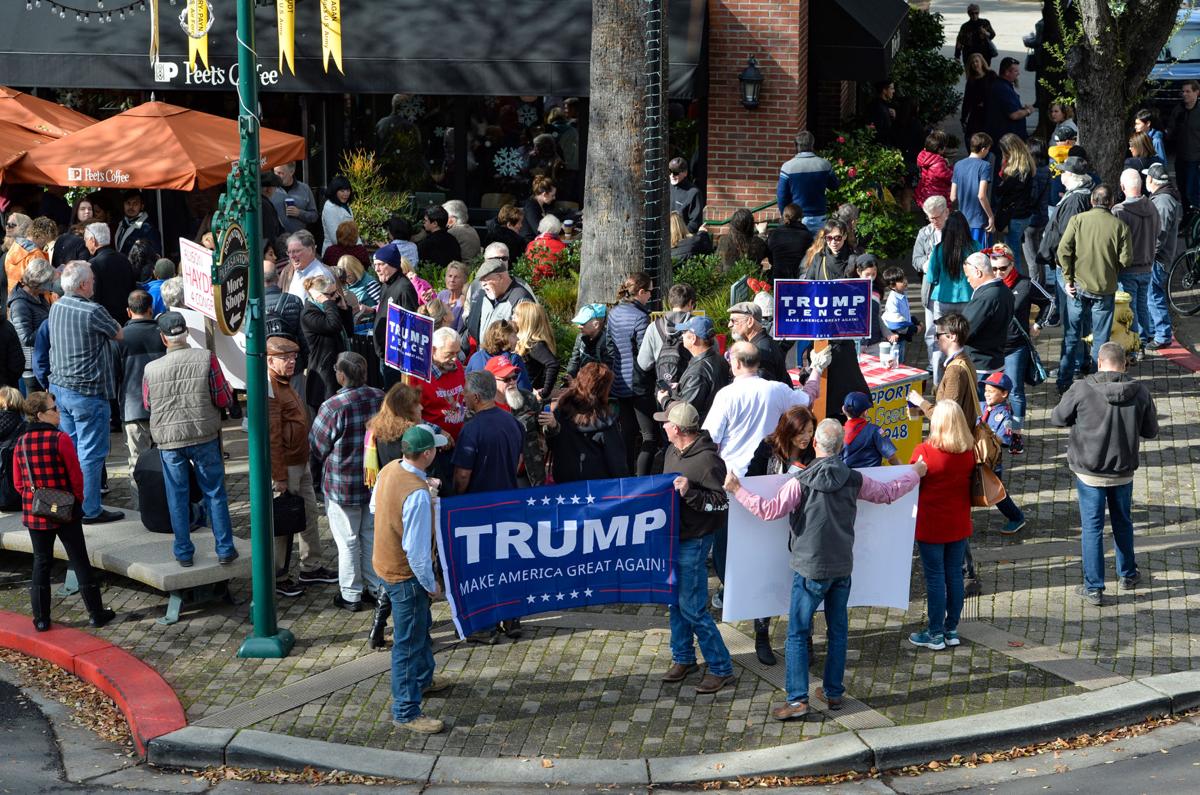 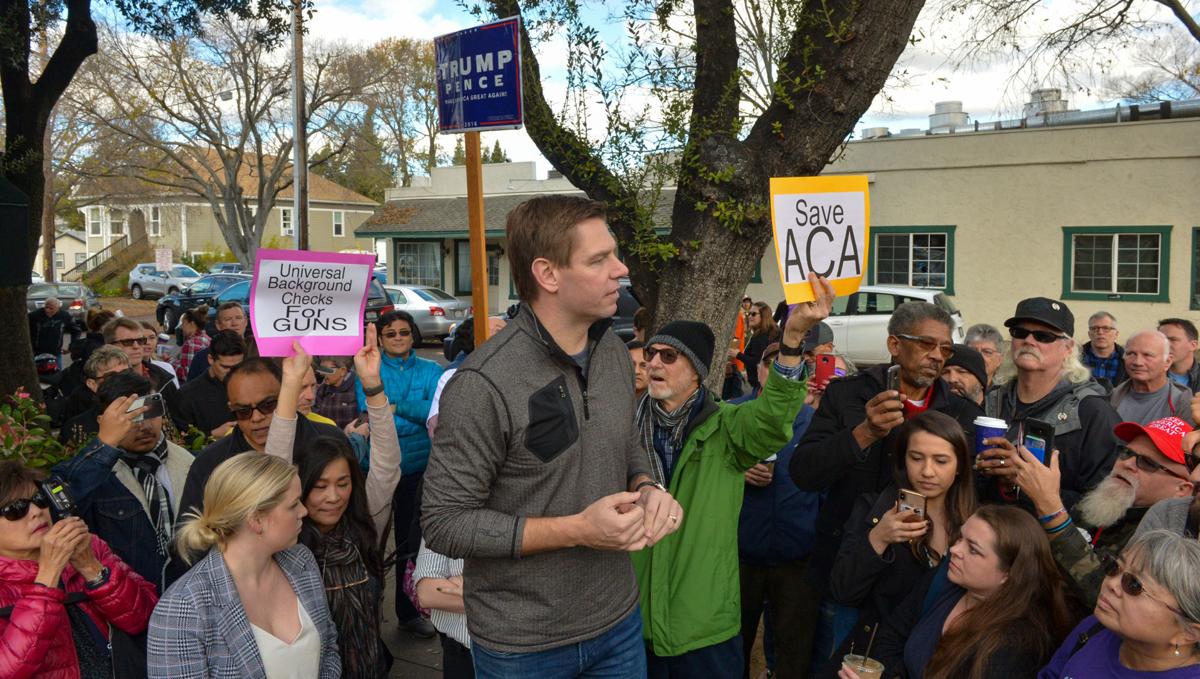 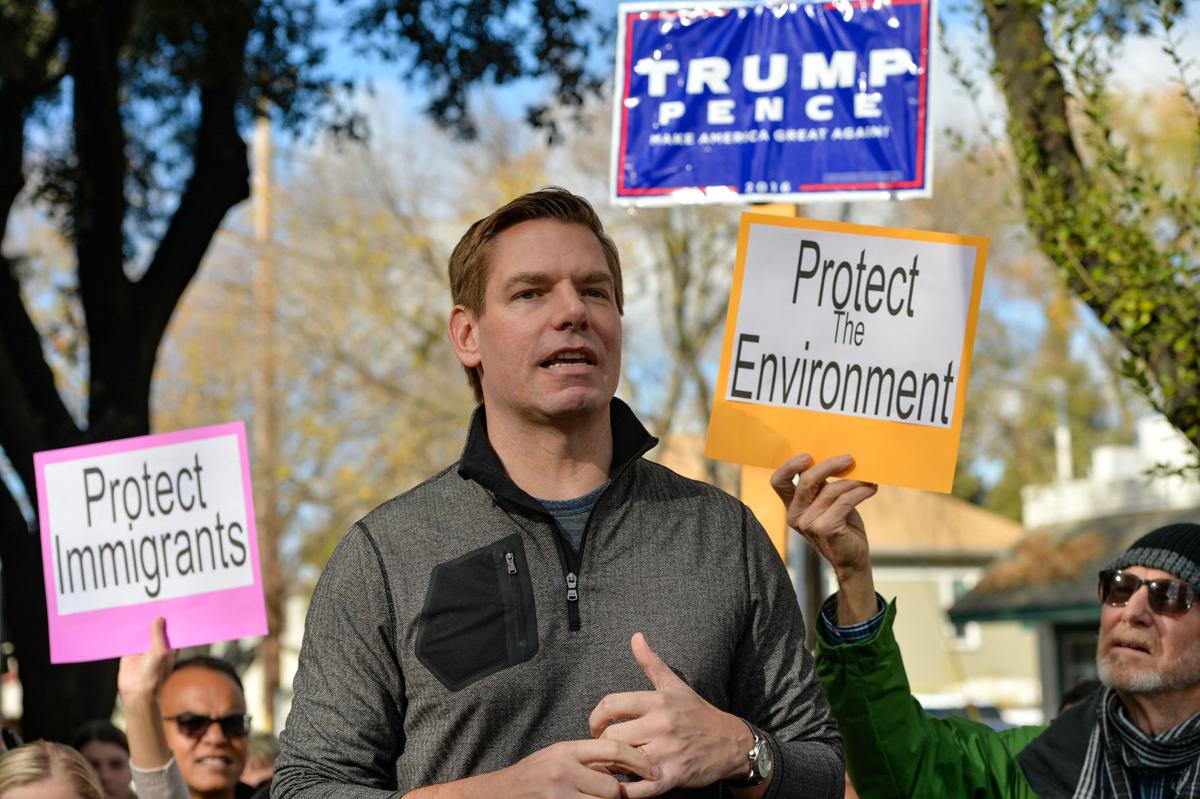 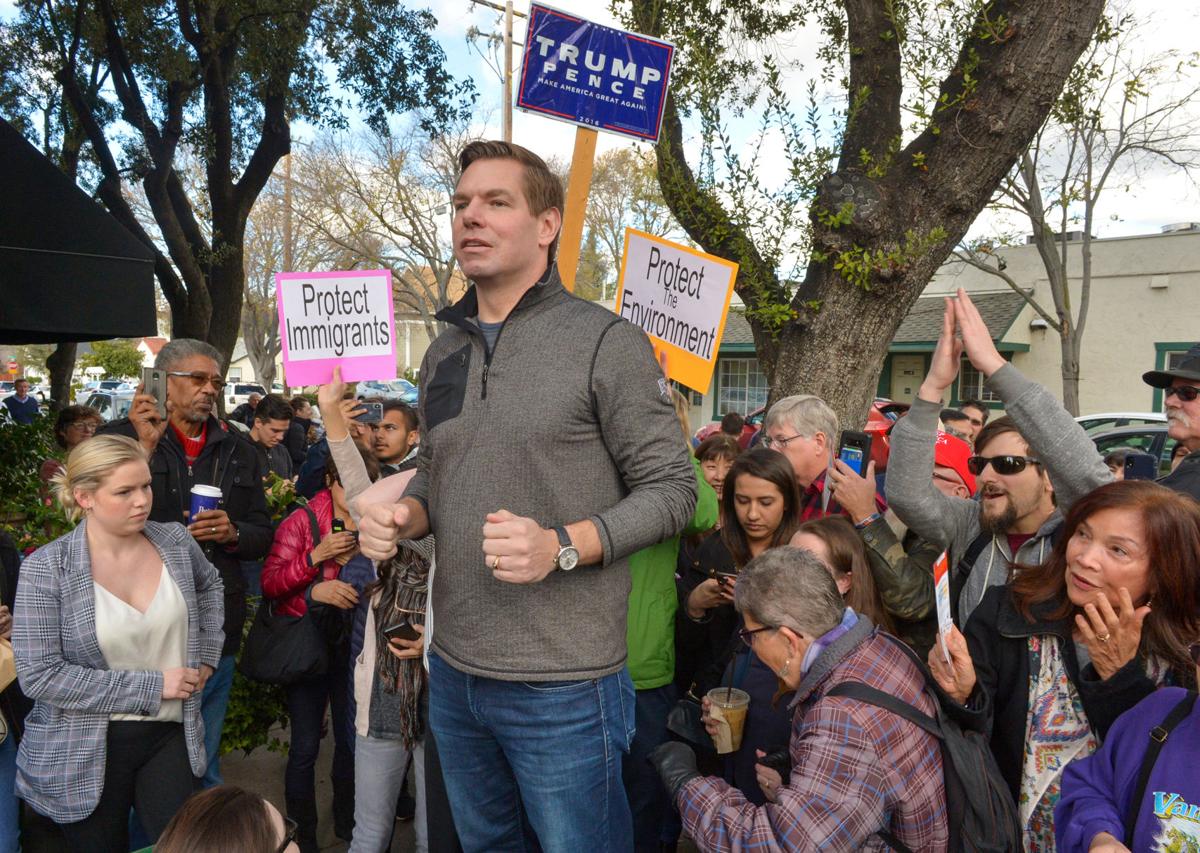 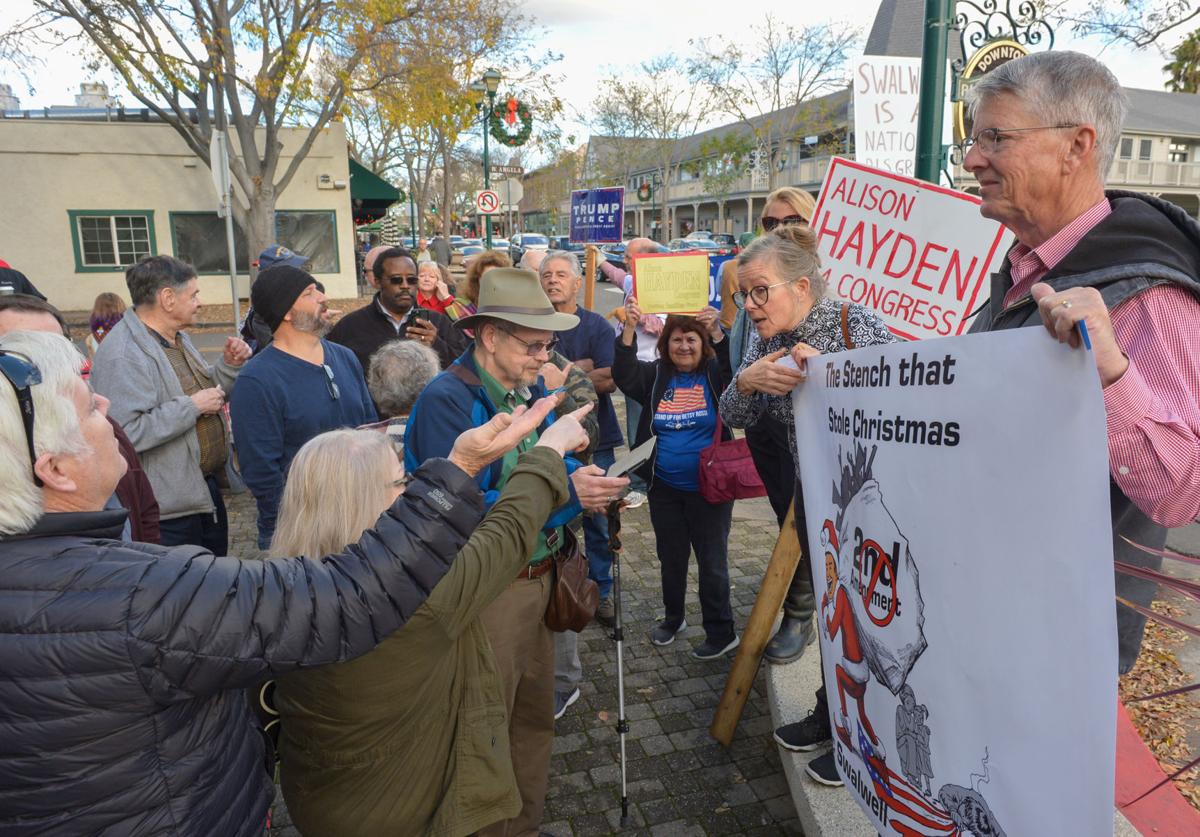 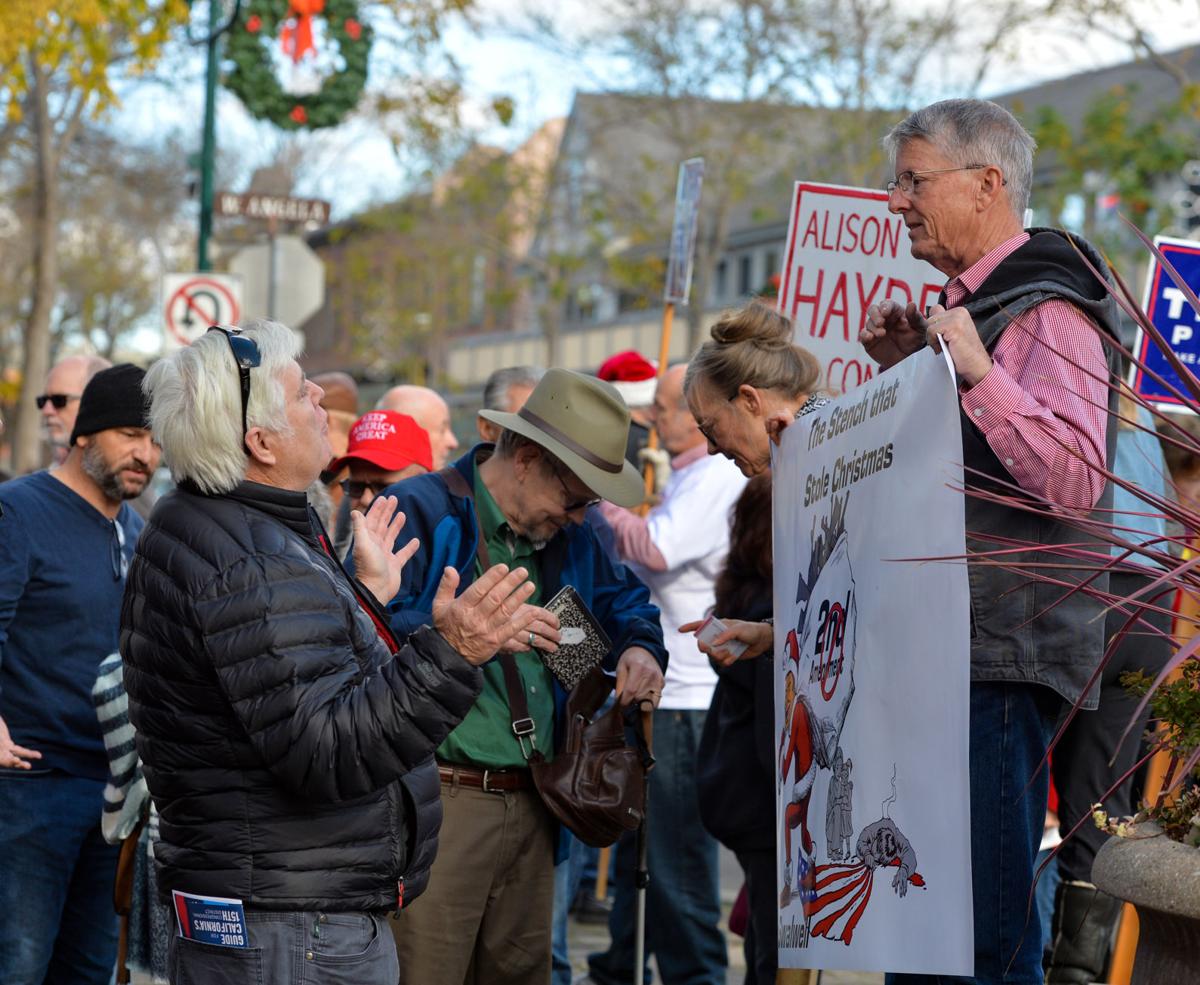 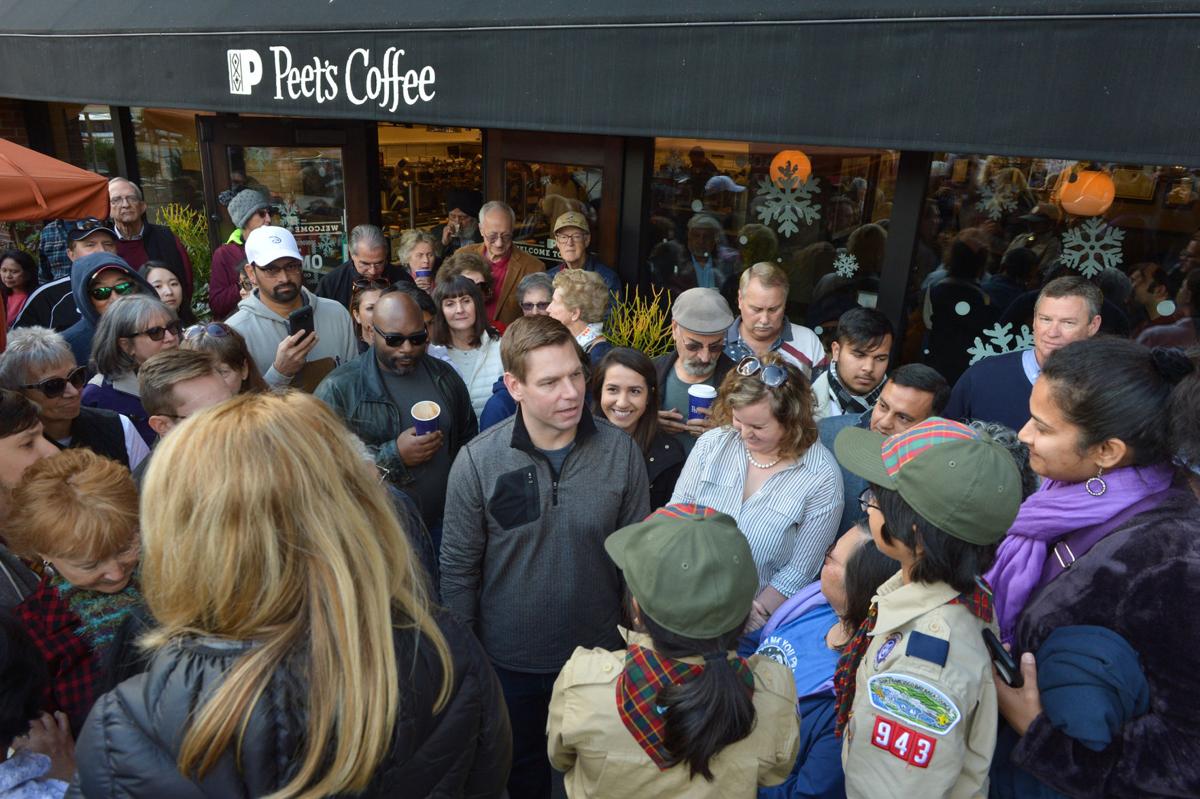 Swalwell’s “Cocoa with the Congressman” in downtown Pleasanton on Dec. 14 drew a crowd of about 200 people. (Photos - Doug Jorgensen)

The two articles of impeachment that were brought forth against President Donald Trump are justified because the president is “on a constitutional crime spree,” said Rep. Eric Swalwell, the Democratic incumbent in the 15th Congressional District, which includes the Tri-Valley.

Swalwell is a member of the House Committee on the Judiciary and the House Permanent Select Committee on Intelligence. The committees sent the request for the full House to vote on impeachment on two charges: abuse of power and obstruction of justice. Both committees voted 25 -17 on strict party lines. The full House is expected to vote on impeachment on Dec. 18, after The Independent’s deadline.

“Fortunately, America's founders did not leave the people helpless to an executive's abuses,” Swalwell said. “Our Constitution provides the power of impeachment and removal. President Trump is on a constitutional crime spree, jeopardizing our national security and the integrity of our elections. We have no choice but to act.”

Trump is accused of enticing the president of Ukraine to dig up information about the business activities of former Vice President Joseph Biden’s son, also named Joseph Biden, in a supposed attempt to smear the senior Biden, a major contender for the Democrats’ 2020 presidential nomination. The younger Biden was doing business for a firm operating in Ukraine.

Allegedly, Trump used the threat of withholding $400 million in military aid for the country’s battle against Russian military pressure in eastern Ukraine. Trump is also accused of stonewalling federal investigators looking into the incident.

“No critical fact in this investigation is in dispute,” Swalwell said in a statement. “And this case is no longer about what the president did. We know what Donald Trump did; he admitted it. As these articles move to the full House of Representatives, this is now about what we must do to protect our national security and our elections."

A Senate trial would end the matter, assuming a straight party vote. Senate Leader Mitch McConnell told Fox News that “there is no chance that that the president will be removed from office.”

Meanwhile, Swalwell’s “Cocoa with the Congressman” in downtown Pleasanton on Dec. 14 drew a vocal crowd of about 200 people, with the overflow spilling out of Peet’s Coffee onto Main Street. An eyewitness account estimated that about two thirds of those attending were there to support Swalwell, who is seeking re-election, with about one third opposed to his stances on impeachment and gun control. Swalwell favors a national program of getting semi-automatic guns off the streets by buying them back from owners.

People on opposite sides of the issue reportedly were respectful, and the conversations civil, though a few people were intense and insistent in their tone.