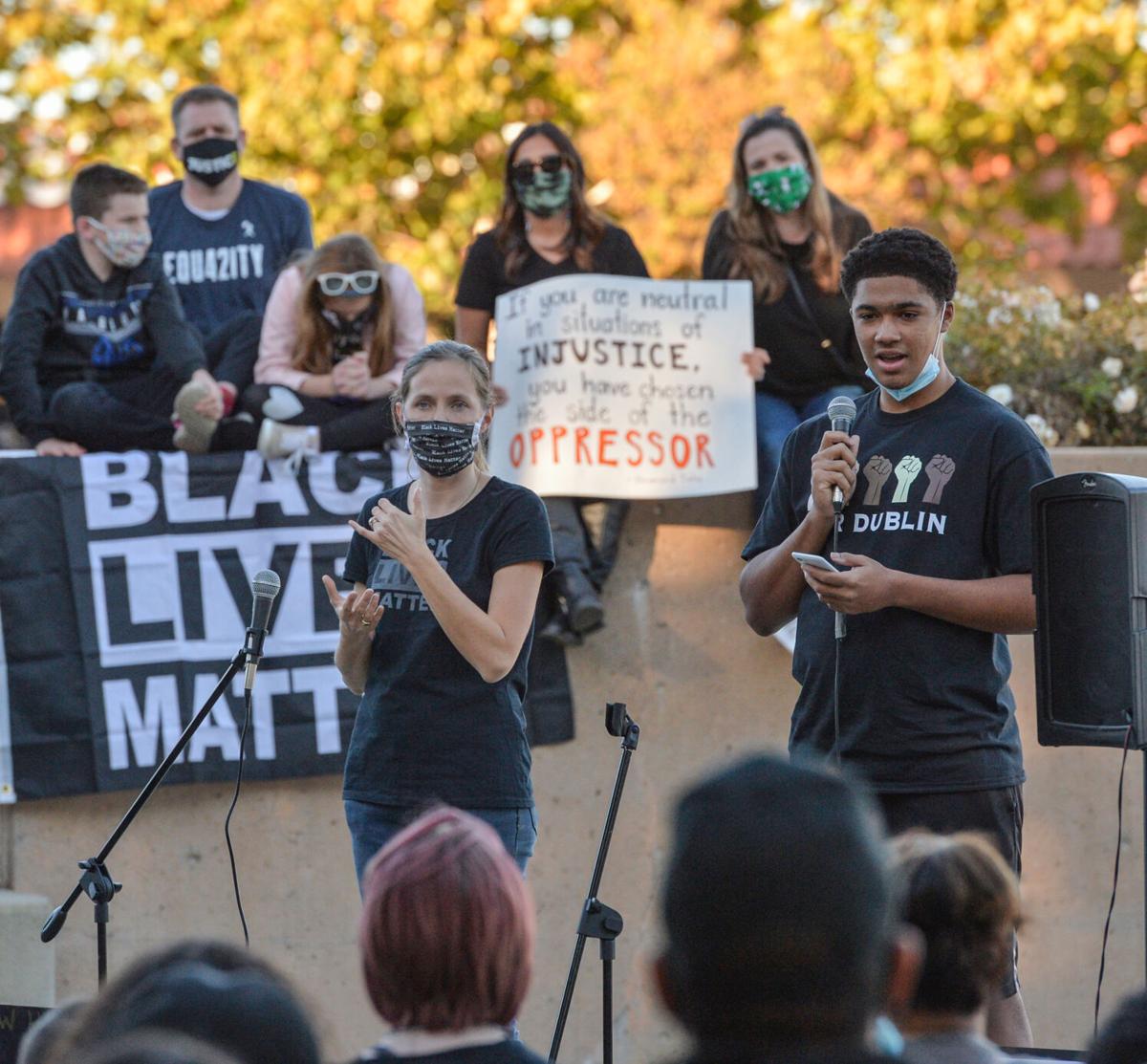 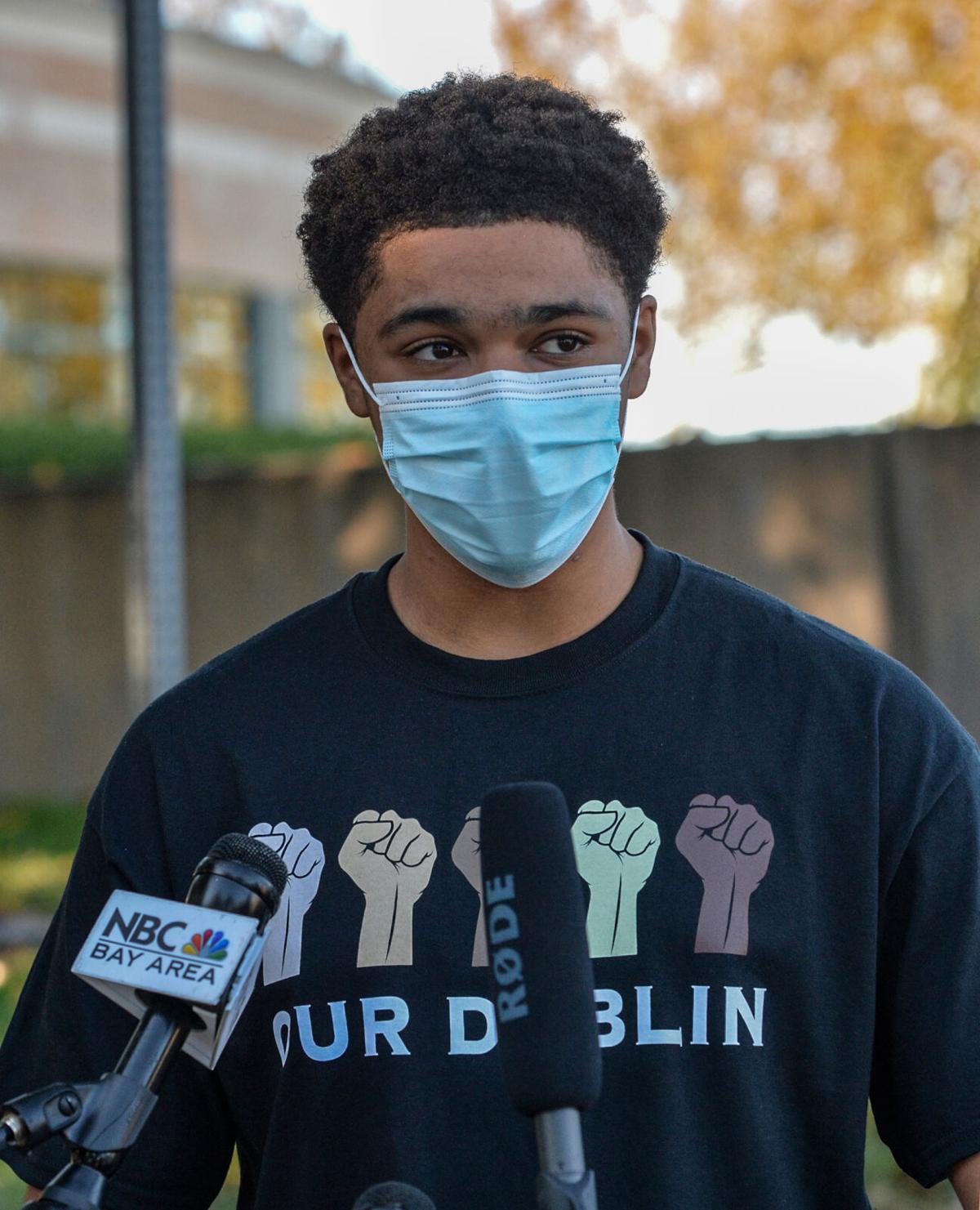 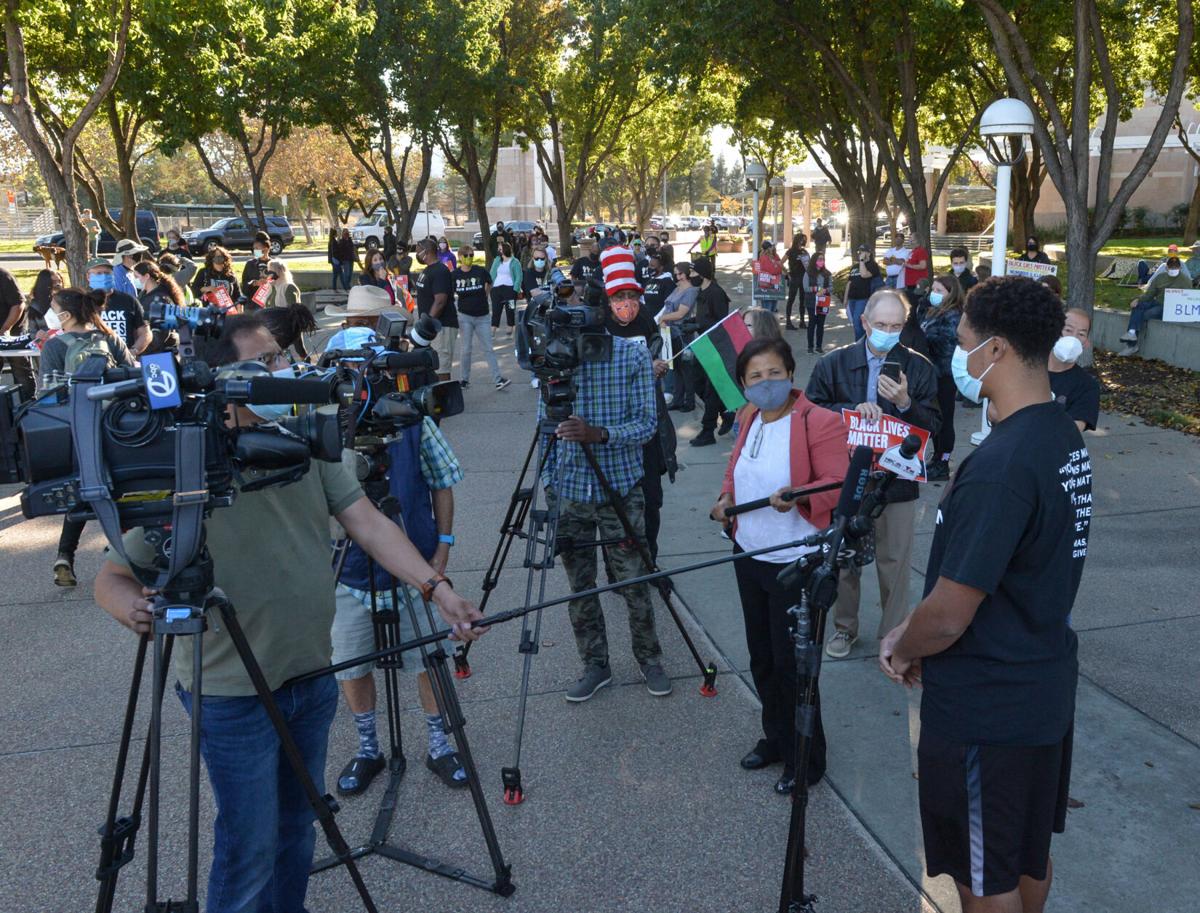 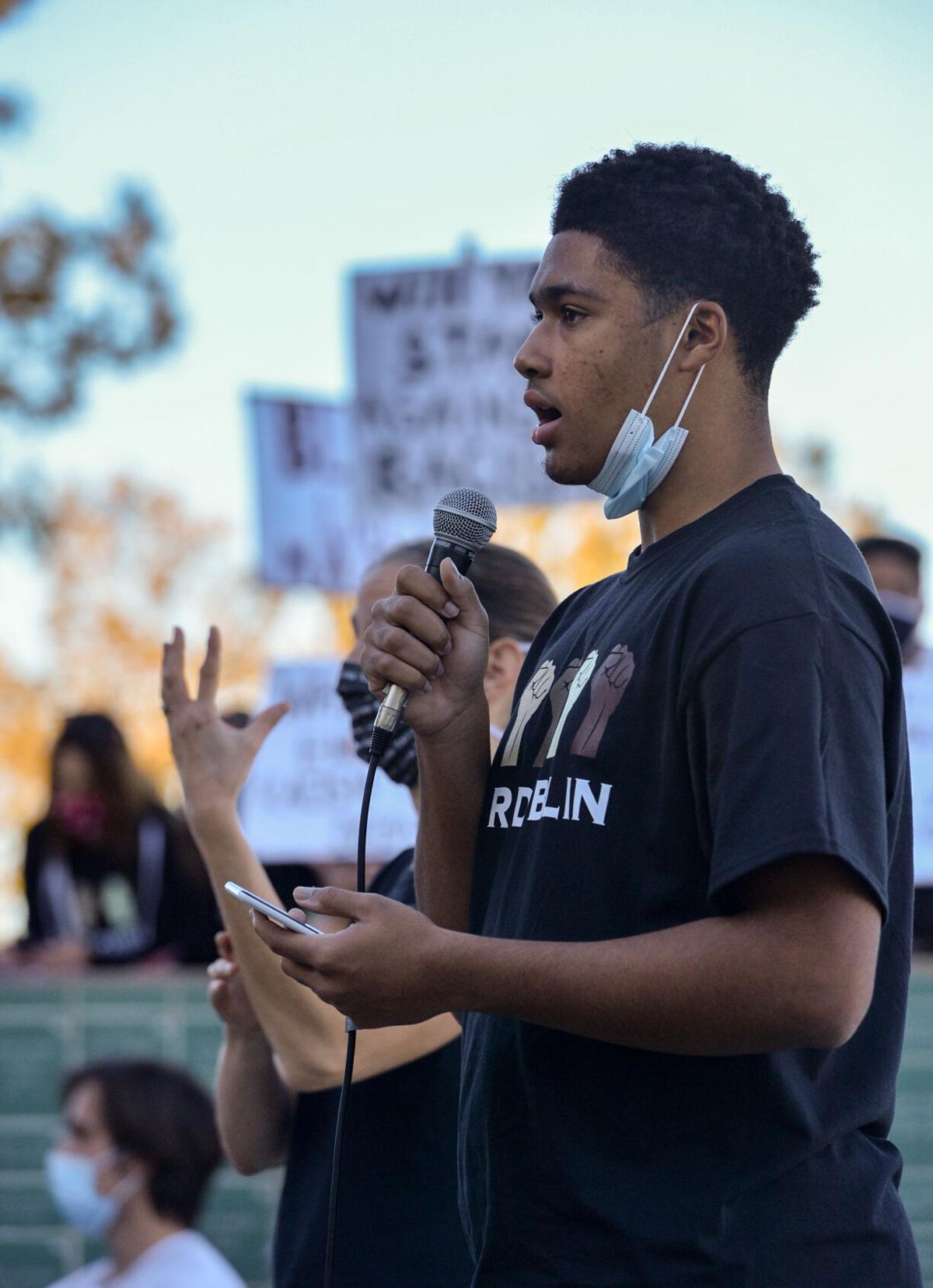 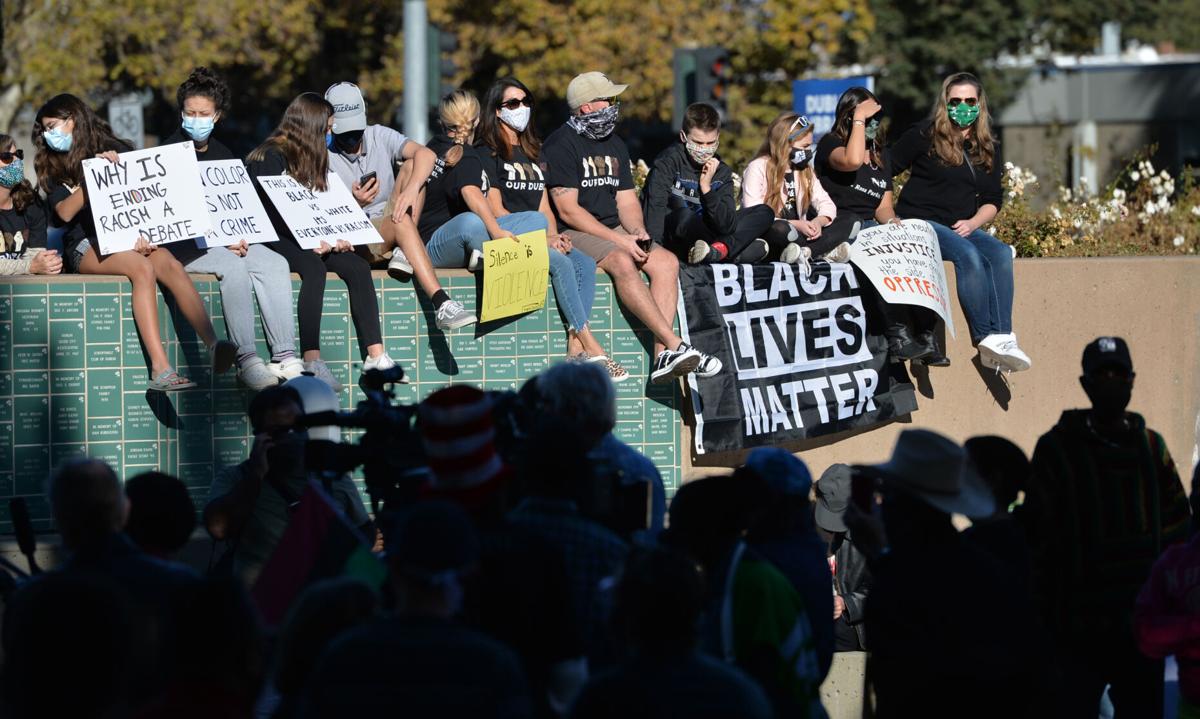 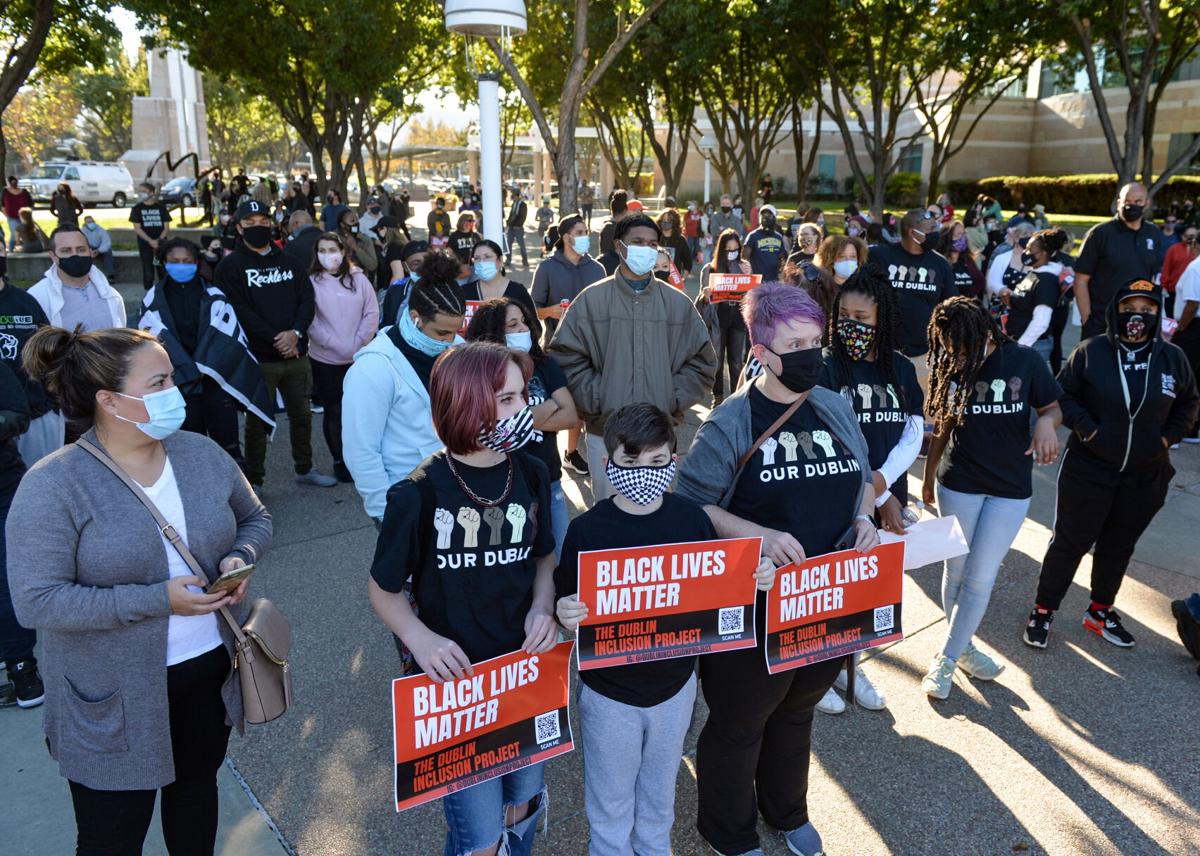 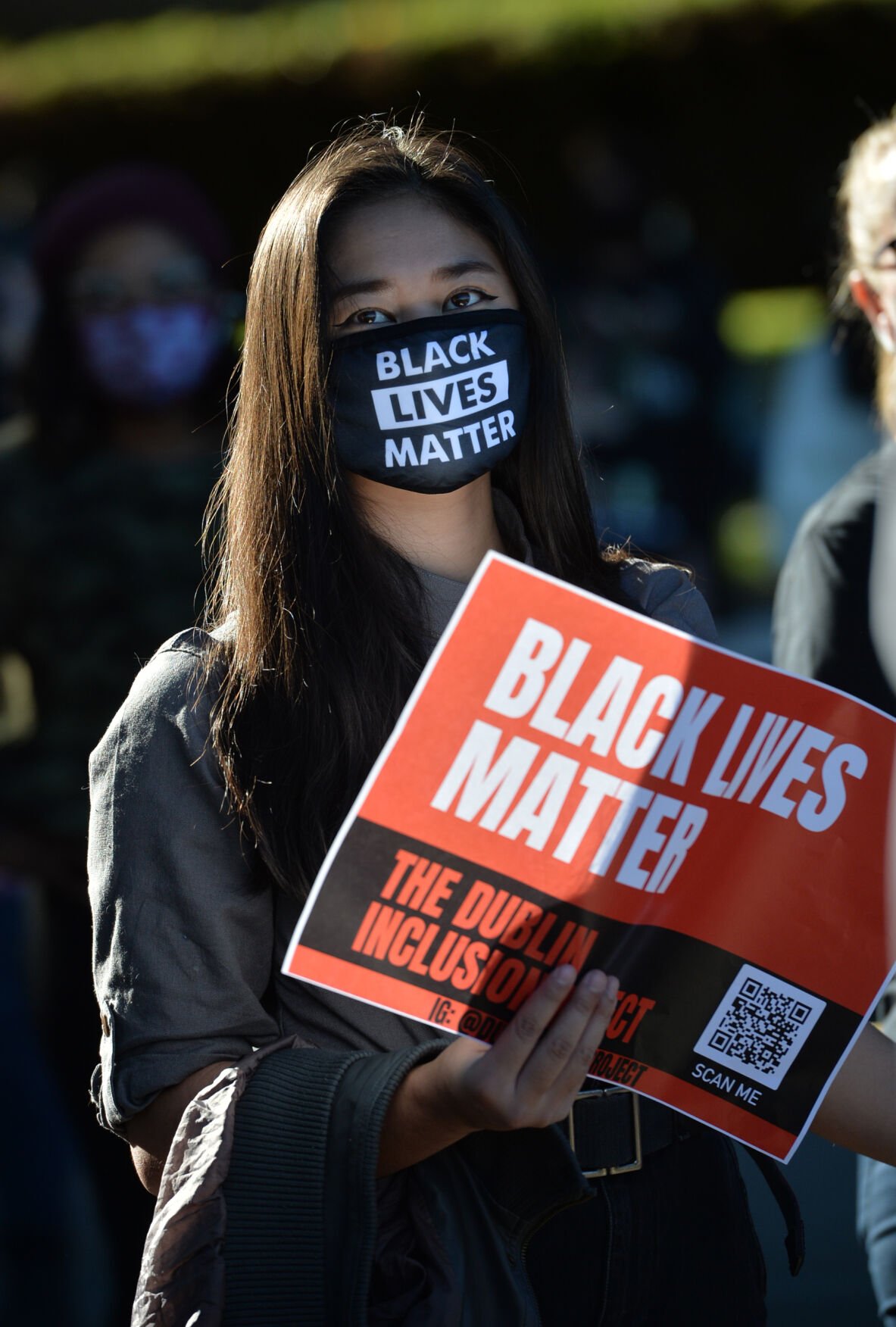 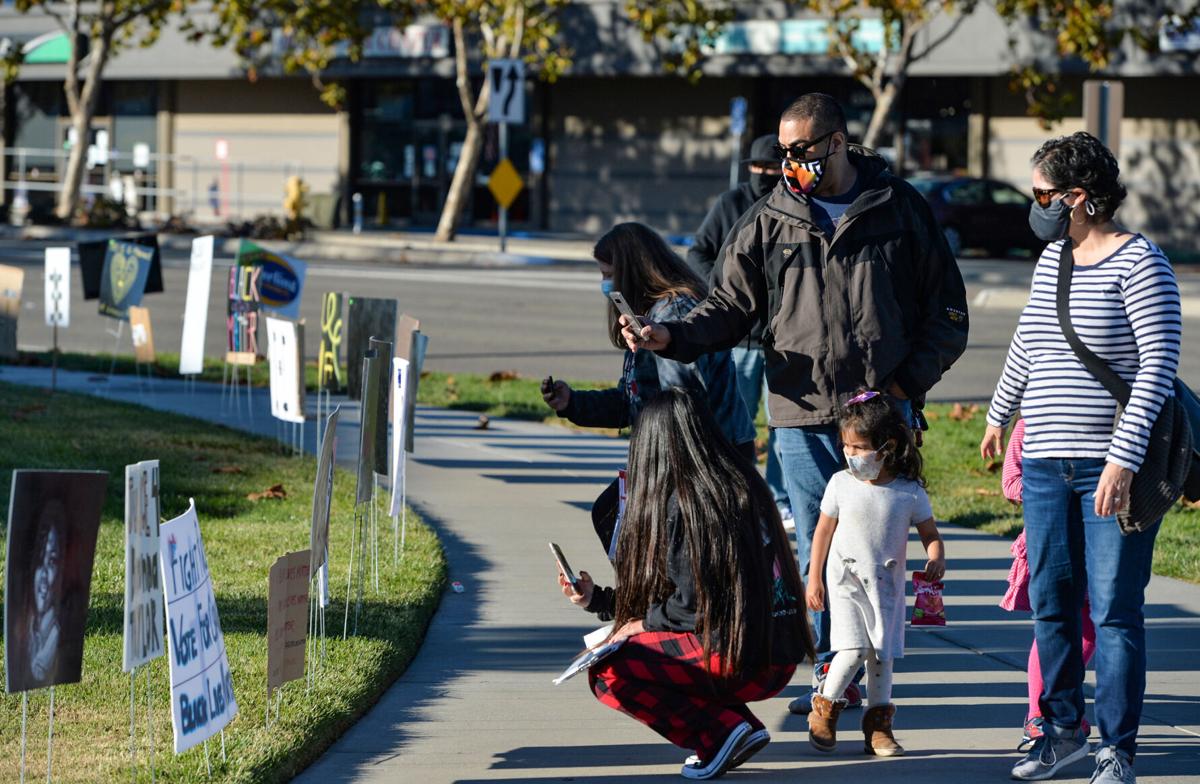 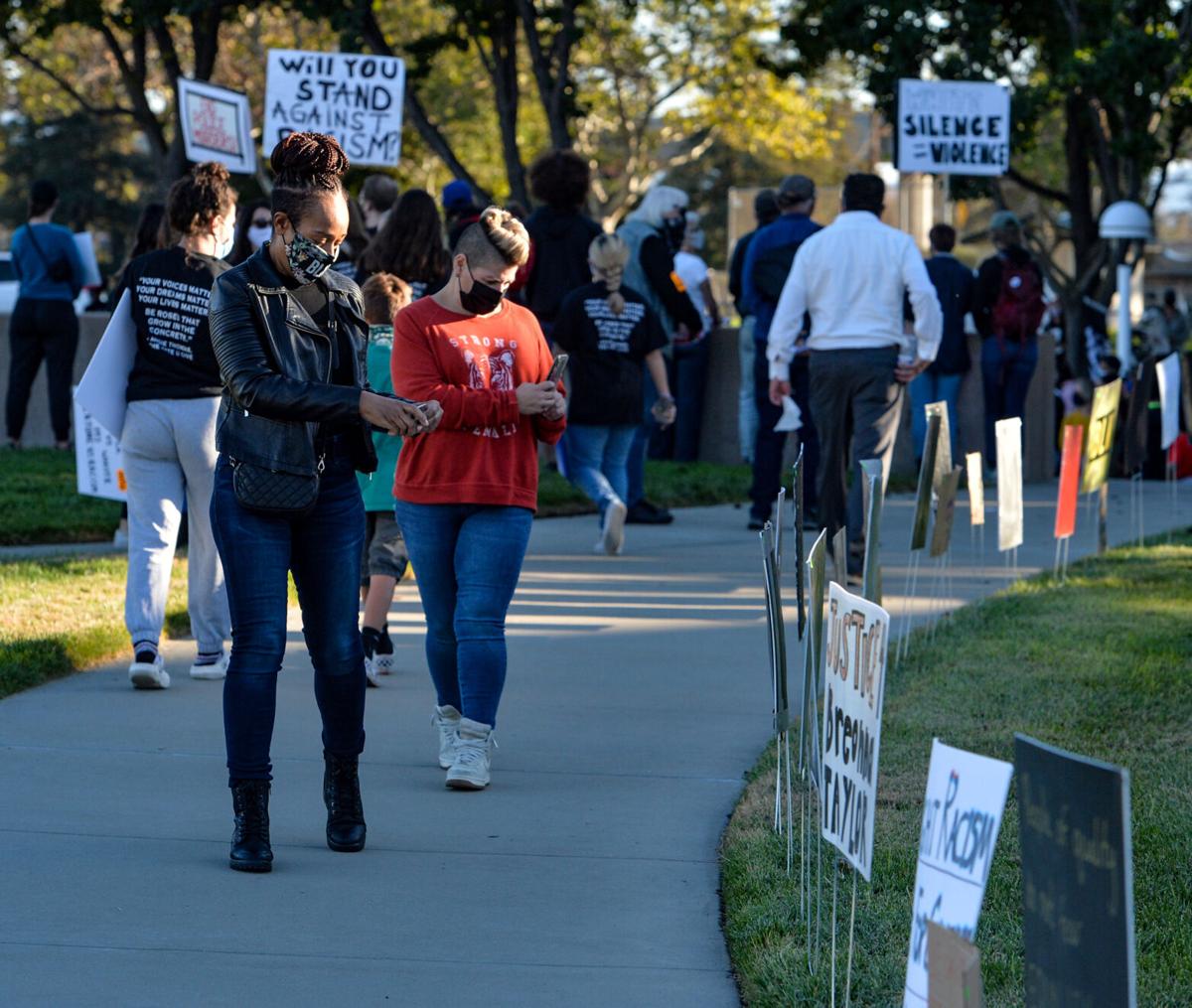 The event was televised by KTVU.

Denel McMahan, who spoke at the Tri-Valley for Black Lives event, said about 350 people attended the Sunday program that planted about 50 signs on a lawn to promote justice and the need for systemic change.

"It went really well," Denel said. "There was a huge turnout. Some of my teachers went. Some of my friends were there … Usually these are smaller community events. It ended up turning into a Bay Area event because of the news it made on other major news outlets."

Denel, a senior on the verge of selecting a college and president of his school's Black Student Union, found himself in the news when former Dublin online gun dealer, Mike Grant, criticized the Nov. 15 event at Civic Center Plaza. Grant posted Denel's picture on social media, called him a thug and invited far-right militia groups to protest it.

"Oath Keepers please bring your vests and helmets in case these BLM people start trouble," Grant wrote. "Remember this group is known as a left-wing anti-government group. Take Dublin back!"

Grant made his social-media post after seeing the garden display proposal on the Dublin City Council's Nov. 3 meeting agenda, where it was listed for approval as a "Public Art Display to Honor Community Efforts for Racial Justice." Tri-Valley for Black Lives organizers, calling the display a "Sign Garden for Justice," said in a statement they wanted to "remind our community that the fight for racial justice is a movement, not a moment." Participants were asked to make signs expressing what racial justice meant to them and plant them in the garden.

Denel, who was working at a polling station on Election Day when the council met, wrote a letter to councilmembers in support of the week-long display, which was held previously in Livermore and Pleasanton. The council approved the sign garden display to take place in Dublin.

Grant's social media post, however, created a stir in the community and a scare for Denel.

"That post got 29 shares," Denel said. "For me, that was 30 people that could be seeing me as some thug trying to destroy Dublin … I was really shaken up. I couldn't process the moment because I was so nervous."

Grant drew immediate backlash, including from Congressman Eric Swalwell, who represents the Tri-Valley in Washington.

"It’s disgusting that so-called 'adults' would organize to come ready for a fight with a local teenager exercising his First Amendment right — with the City of Dublin’s permission — to nonviolently express the truth that Black Lives Matter," Swalwell posted on Facebook. "These aren’t patriots; they’re bullies bent on intimidation and division, and they should be ashamed of themselves. Fortunately, they in no way represent the generous and inclusive people of Dublin."

Denel's father, Jamar McMahan, contacted Grant. Grant apologized, Denel said, and agreed to meet with him at some point. Grant then called upon his supporters not to disrupt the Sunday event, and none showed up.

Attempts to reach Grant were unsuccessful. Grant's online gun sales sites show him with a Dublin address, but his Facebook page lists him in Colorado. The Independent has photographs of Grant speaking at a Swalwell town hall meeting, where he talked of his support for President Donald Trump and the Second Amendment. He told KTVU that he did not intend to hurt Denel or his family, but opposed signs promoting any cause on government property.

Participants at Sunday's event, wearing masks and attempting to social distance, carried and planted signs for Black Lives Matter and others that made statements including, "For Racial Justice," "Will you stand against racism?" and "Black Trans Lives Matter."

Denel took part in the summer’s nationwide protests following the killing of George Floyd at the hands of Minneapolis police. He said he and the sign garden received support from city leadership, school board members and teachers who said, "They were proud of me."

Tri-Valley for Black Lives issued a statement that said the sign garden enabled community members to join in a "peaceful expression of what justice means to them."

Denel has applied to Harvard University in Cambridge, Massachusetts, Howard University in Washington D.C., and UCLA. He has plans to go to law school and expressed an interest in pursuing a political career.

He said he still plans to meet with Grant.

"It will open his mind up to the ways that he can change his viewpoints and support this community," Denel said.