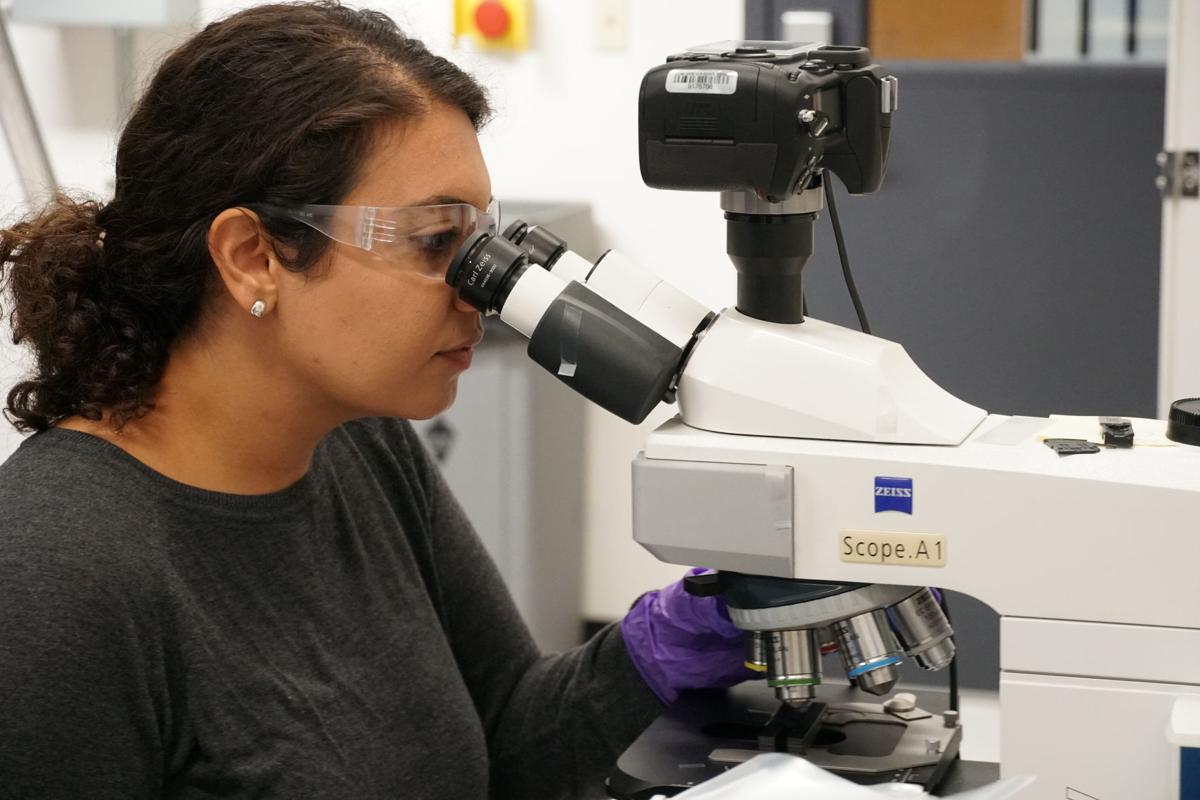 Leily Kiani (class of 2016) is one of 21 former Bobcats who currently work at LLNL, strengthening the bond between the university and national lab. Kiani says that the research she conducted while at UC Merced mimicked what she now does at LLNL. 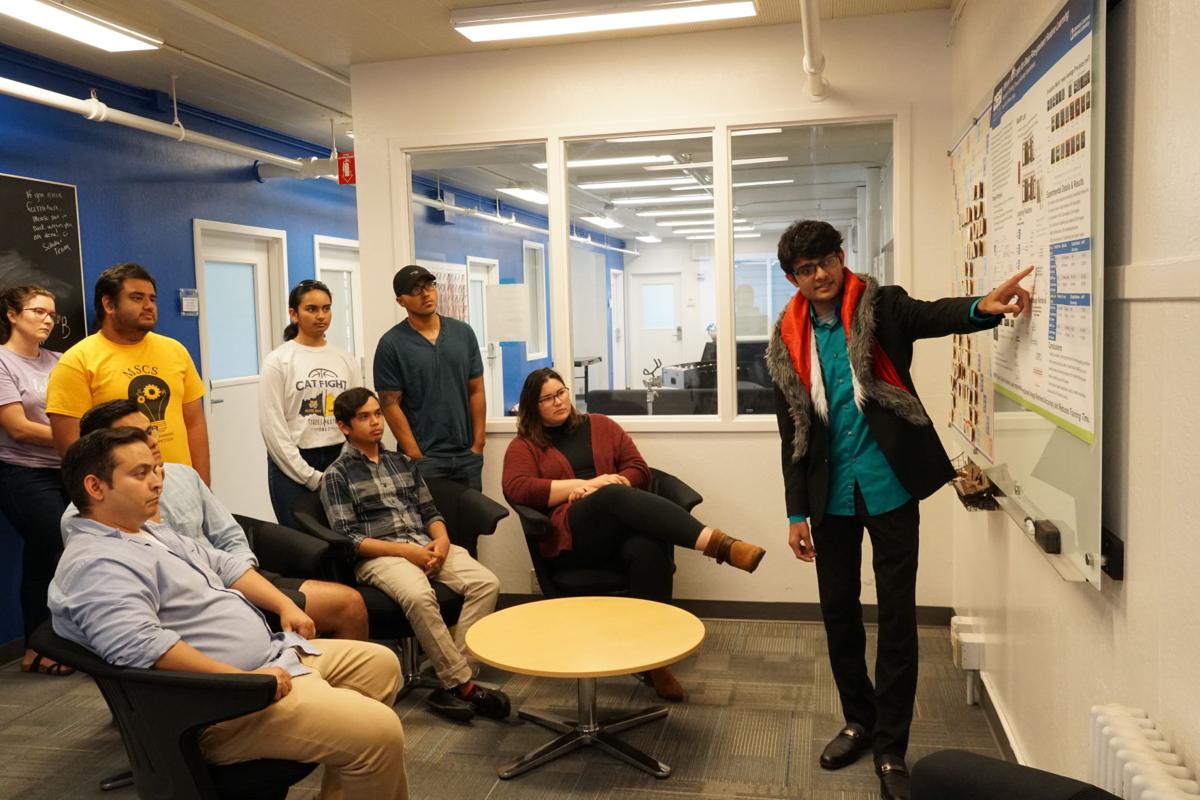 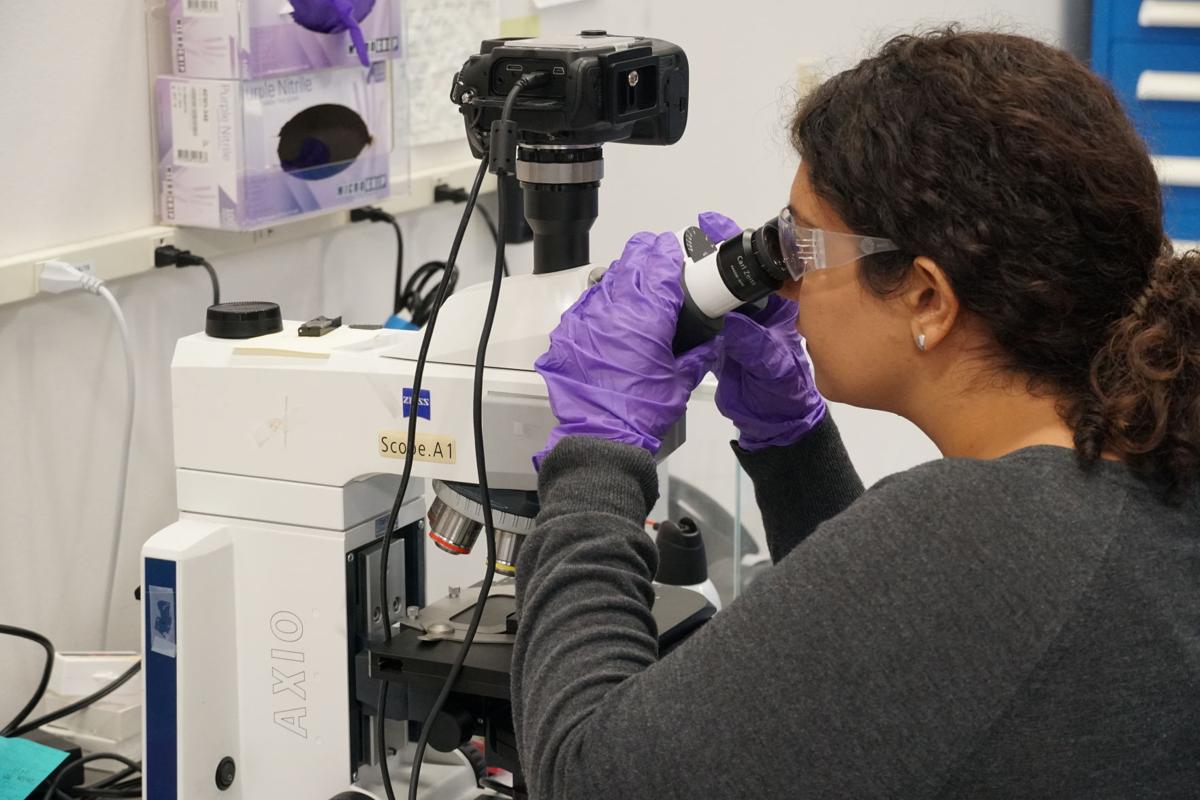 Leily Kiani (class of 2016) is one of 21 former Bobcats who currently work at LLNL, strengthening the bond between the university and national lab. Kiani says that the research she conducted while at UC Merced mimicked what she now does at LLNL.

Just 90 miles from the University of California, Merced lies an epicenter of the future of technology, innovation and national security.

Regardless of the route you take, the journey from UC Merced to Lawrence Livermore National Laboratory will include twists and turns, ups and downs. But the university and lab have teamed up to lay the groundwork for a direct pipeline between the two, opening a door to research collaborations as well as job and internship opportunities for students and alumni.

“Our students have a real hunger to learn, and to be part of solving complex scientific problems with major societal implications,” said Vice Provost and Graduate Dean Marjorie Zatz. “On top of that, students tend to be comfortable working in interdisciplinary contexts, and this fits well with the culture at the national labs.”

UC Merced and LLNL are compatible in many ways — an emphasis on interdisciplinary research, an eye always toward the future, and an innate belief in pioneering the next wave of diverse thought leadership and research.

National labs partnering with universities is not new, but the opportunities being created through this UC Merced-to-LLNL pipeline are unique.

“UC Merced is a very new campus, which has allowed us to jump in and establish a presence early on,” said Marisol Gamboa, a computer scientist at LLNL and Data Science Summer Institute program manager. “It also has a few traits the other UCs don’t have: a highly diverse population and a high percentage of U.S. citizens, which is critical to national security and a national lab.”

Over the past year, eight UC Merced alumni have been hired as full-time employees at the lab, along with 14 summer interns. In an effort to showcase the lab to potential future LLNL employees, Gamboa and others debuted a two-week crash course, the Data Science Challenge, last summer to provide UC Merced students a glimpse into what life at LLNL is like.

Seventeen undergraduates and four graduate students — who served as team leads — worked to solve challenge problems. Gamboa said those running the camp were impressed by the UC Merced teams, which worked to solve complex problems that didn’t yet have any answers.

“The students actually said, ‘I didn’t think I could be in a place like this.’ My response was ‘Yes, you can,’” Gamboa said. “We say it all the time, ‘Diversity brings better solutions.’ They were here for only two weeks and were so adamant that they were going to solve the problems, and they did.

“Everyone who attended the students’ final presentations was blown away by the fact that these undergraduates, who had little preexisting knowledge in biology, had come up with solutions that even the researchers actively working on these problems here at the lab hadn’t tried before.”

Gamboa also oversees the Data Science Summer Institute, a 12-week internship program for data science graduate and advanced undergraduate students. She said there were around 1,800 applicants for 32 spots, and four UC Merced students were selected.

Among the four UC Merced students was Majerle Reeves, a second-year Ph.D. student in applied math, who said working at a national lab wasn’t on her radar until she started partnering with LLNL on a time-series project.

“I think having a pipeline between UC Merced and LLNL is phenomenal, because I feel there are a lot of students, especially in the Valley, who are not exposed to things like Bay Area jobs and working in data science, and we are really building that up at UC Merced,” Reeves said. “There are a lot of relationships already being built, and strengthening them can only be a good thing.”

Reeves and the other UC Merced graduate students taking part in the summer institute said one of the biggest strengths of LLNL is how you can sit in on lectures by experts from a variety of different fields. The promotion of lifelong learning assured them that a national lab could quench their desire to work in both academia and industry — a career-path choice that most Ph.D. students find themselves making.

Third-year physics Ph.D. student William Delmas has spent his last two summers interning with NASA, mixing in a short session at the National Renewable Energy Laboratory in Colorado this past summer. Though he hasn’t set foot at LLNL, he has already collaborated with the lab while working on research at UC Merced — marveling at how friendly and willing the people at the national labs are to lend a helping hand.

“We were having an issue with one of the projects in our lab and we couldn’t get the measurement to work, so I talked to the quantum dot expert at LLNL, and he solved our problem in under a minute,” Delmas said. “Now we know how to fix the problem we’ve been having for the past six months. To be able to talk to someone who has done this before and who can solve those little issues that you never would have thought of, and that they’ve previously run into and solved already, it’s those small things that advance science, and having those experts to talk to really helps.”

Physics professor Sayantani Ghosh, Delmas’ graduate advisor, said it’s important to make sure that outstanding students like Delmas know national labs are an option for their academic and professional careers.

“The labs have state-of-the-art facilities and brilliant scientists, and perhaps most importantly, they are at the forefront of identifying emerging research themes,” Ghosh said. “But when I was a grad student, I knew almost nothing about them, how to connect with them, or indeed, if one could. Now, as faculty, I want to do better.”

Leily Kiani was a graduate student who learned about LLNL early enough in her time on campus to build the foundation that would lead her to do her postdoctoral work at the lab. She graduated in 2016, and is now a laser physicist working on fiber technologies. She has access to one of the best pieces of equipment in the world — the National Ignition Facility at LLNL. The National Ignition Facility is the largest and most energetic laser facility ever built; three football fields could fit inside.

Kiani said research she conducted while at UC Merced mimicked what she now does at LLNL, especially when it came to collaborating with researchers from fields different than her own. But, most importantly, the strong culture of mentorship helped bridge the gap between UC Merced and LLNL.

“I find that I have a lot of support, and the work is very interesting,” Kiani said. “I feel the projects I do are making important contributions to the field. It’s like UC Merced in a lot of ways — there is investment in employees, and in UC Merced’s case, students.”

Applied math professor Suzanne Sindi, who helped run the Data Science Challenge program over the summer, said that investment is bolstered by the environment UC Merced offers students, which translates to how they would work at a place like LLNL.

“The favorable student-to-faculty ratio we have means the typical student has had more exposure to what it means to do research in a professional setting,” Sindi said. “To our students, professors are not these larger-than-life figures they never directly talk with. Rather, we are guides, and hopefully mentors.”

Zatz, the graduate dean, with School of Engineering Dean Mark Matsumoto and School of Natural Sciences Dean Betsy Dumont, are among the many UC Merced faculty and staff who are continuously trying to strengthen the blossoming pipeline with LLNL.

Dumont has a personal tie to national labs – her father was a scientist at Oak Ridge National Lab in Tennessee – and she believes a strong bond between UC Merced and LLNL is mutually beneficial.

“All of the labs do cutting-edge research on the projects they select, and new projects are created as old ones wind down. That means lab employees get to work deeply on many projects and with many different people over their careers,” Dumont said. “The topics that the national labs work on are those that are deemed vital to our nation. By contributing to the labs, employees provide service to all Americans.”

The School of Natural Sciences has already begun partnering with LLNL on research. Professors Aurora Pribram-Jones and David Strubbe are part of a high-energy density U.S. Department of Energy grant that includes LLNL and two other universities.

Matsumoto said on-campus programs like Engineering Service Learning and the Innovation and Design Clinic help engineering students gather real-world experience that translates when they intern or start work at places like LLNL. More importantly, the type of student that comes to UC Merced has inherent values that make a move to national labs achievable.

“Because of the uniqueness of the work being done at national labs, students and alumni will be challenged to use their learning and talents in ways that they wouldn’t see in a regular industry job,” Matsumoto said. “In general, our students have a strong work ethic. They have overcome many obstacles in life to be admitted into the University of California and succeed in school.”

There are 21 UC Merced alumni currently working at LLNL, spanning a multitude of departments, with degrees ranging from bachelor’s to Ph.D. Kiani said she often sees fellow UC Merced graduates at LLNL, even collaborating with some of them from time to time, and hopes to see an increase as the pipeline strengthens.

“I look forward to being part of a collaboration between LLNL and UC Merced,” Kiani said. “I am always looking for ways to collaborate, and as a pioneering UC Merced Bobcat, you are always a Bobcat, so I think it would be a fruitful partnership.”