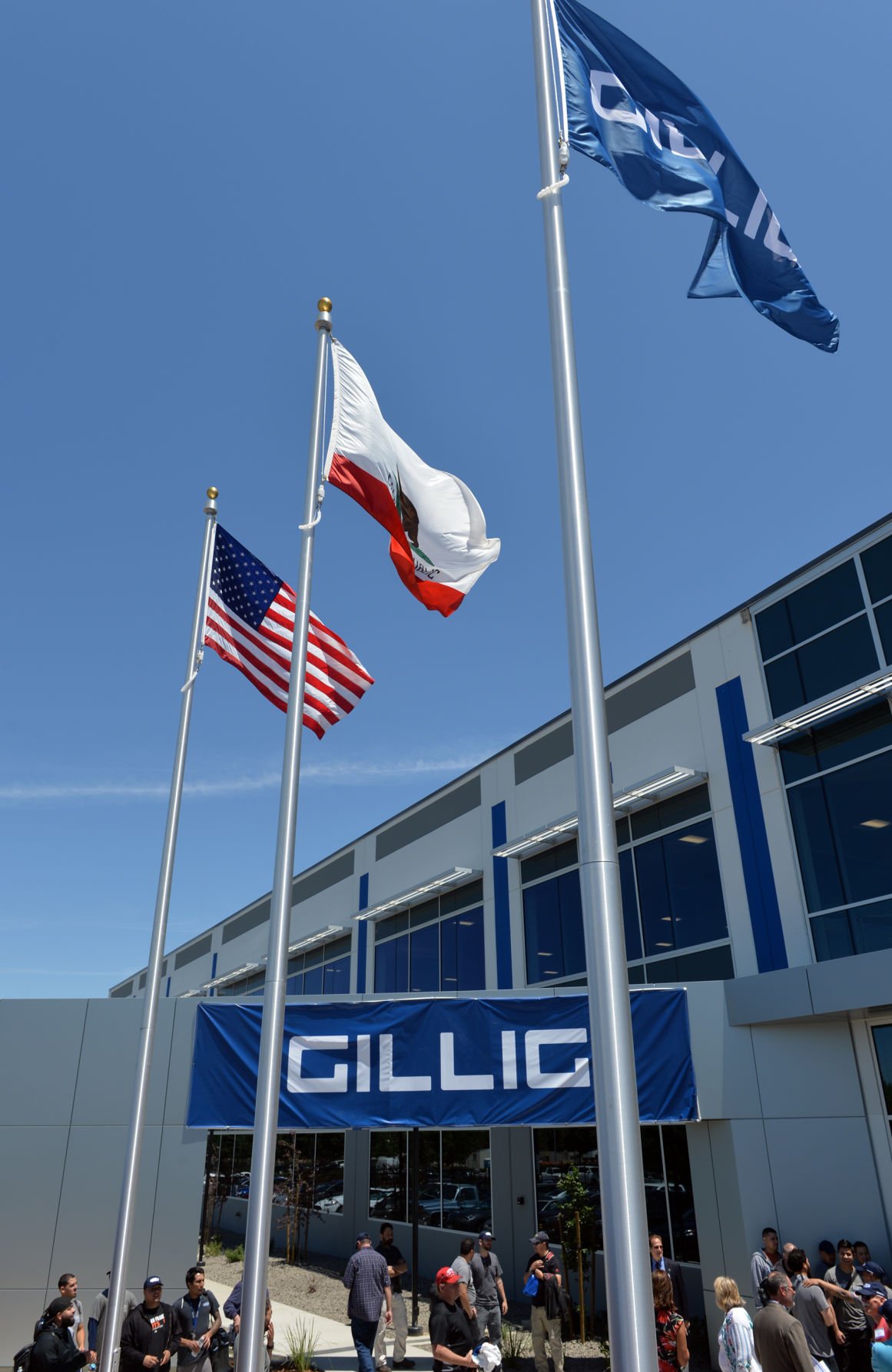 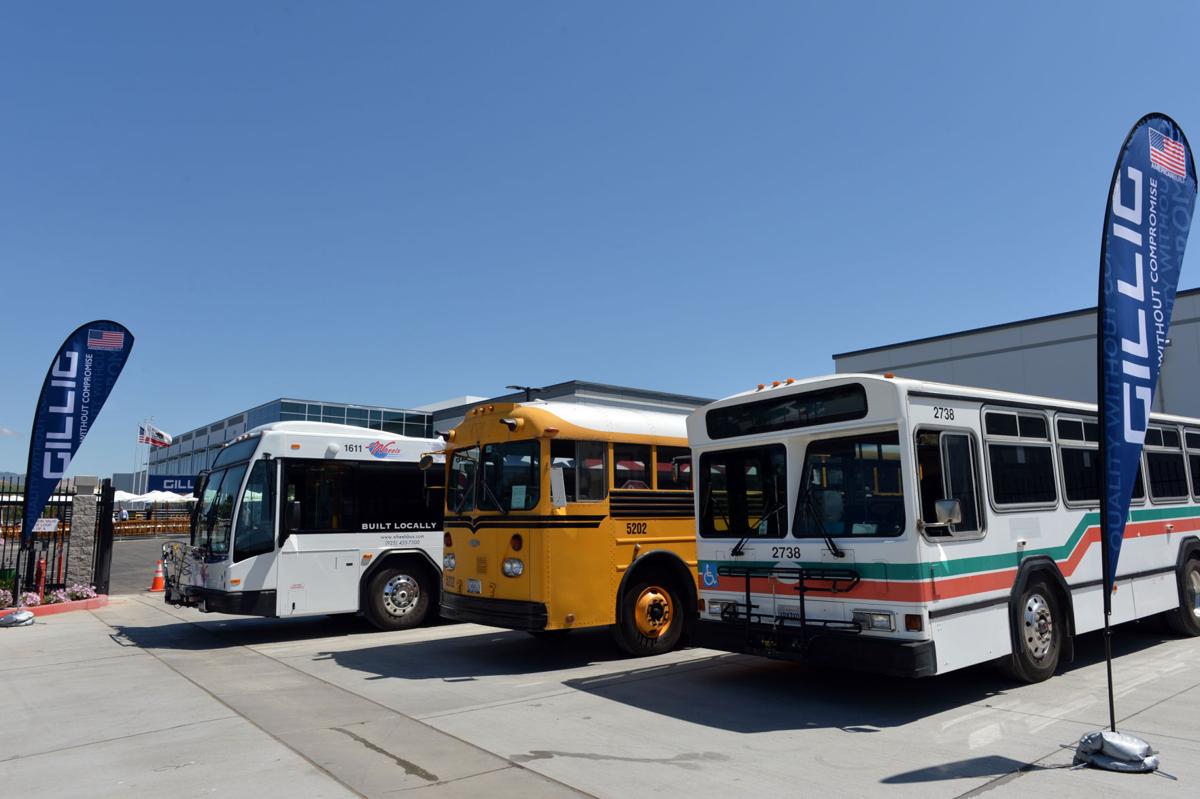 Gillig, a leading manufacturer of heavy-duty transit buses headquartered in Livermore, has laid off an unspecified number of workers. However, some sources have provided numbers.

According to Rome Aloise, secretary-treasurer of Local 853, which represents about 600 Gillig union workers, “They actually have currently 65 layoffs, which have been in place since they returned to work, which was the first part of last month. That’s including about 30 voluntary layoffs of senior people that took a layoff rather than have a junior person laid off.”

The number identified by Aloise does not include possible layoffs of office workers or paint shop workers, neither of whom are represented by Local 853.

“Under the WARN (Worker Adjustment and Retraining) Act, any employer laying off at least 50 employees must notify its workers and the local government at least 60 days prior,” said Adam Van de Water, director of the City of Livermore Office of Innovation and Economic Development. “The City of Livermore received a WARN notice from Gillig temporarily laying off 519 staff on April 17. Gillig subsequently resumed production earlier this month and has not submitted any further WARN notices to the city. However, under CA Executive Order N-31-20, the State of California suspended the 60-day notification requirement.”

Gillig has a long history in the Bay Area. Founded in San Francisco in 1890, the company, which at the time created carriages, was destroyed by fire after the 1906 earthquake. It then built its first school bus in 1932 and moved production to Hayward in 1938.

More recently, Gillig – the last manufacturer building buses in the U.S. – celebrated the grand opening of its 600,000-square-foot headquarters at 451 Discovery Drive, on June 1, 2017. At the time, the company was producing 1,800 buses a year. A parts facility remains in Hayward.

"Livermore is focused on innovation and supporting local jobs," said Derek Maunus, president and CEO at Gillig, during the 2017 ribbon-cutting ceremony. "It is central to where Gillig employees live and is a great community that will allow for recruiting top candidates. There are a lot of companies that have taken a different path – Peterbilt, Mack Truck, Trailmobile, Ford and GM Parts – companies that decided to chase low-cost labor, and left the state or the country. Not

Gillig workers represented by Local 853 are among the best paid auto workers in the country. The union enjoys a good relationship with the company. When the company decided to move from its Hayward location, there were offers from across the country intended to draw the company away from California. But Gillig remained in Alameda County.

“To their credit, they built the plant in Livermore because they wanted to keep their employees,” Aloise explained. “They’re the highest paid, benefited manufacturing workers in the auto industry in the county. The contract is way better than the (United Auto Workers) agreement. They’re a good community company. We’re very proud of the relationship we have with them.”

Since it restarted this month, production at the Livermore plant is slow for two reasons, according to Aloise. The first is that a slower production line makes it easier for workers to maintain appropriate social distancing. The second reason, he said, was to keep employees working since future production is uncertain. Also uncertain is whether the workers who have been laid off will return to work at any point.

“Depending upon how long they’ve been there, they have recall rights for 12 months to 36 months, meaning that the company can’t hire anybody new until they recall them to work,” Aloise said. “The transit industry has been hit very hard by the pandemic ... We’re pushing the federal government to put more into mass-transit funding so these transit districts can purchase buses.”

Alameda County Supervisor Scott Haggerty was present when Gillig opened in Livermore. He is hopeful that economic conditions in the region improve quickly, but he remains concerned that conditions will worsen before they improve.

“This is sad news, as I worked very diligently to keep this company here in Alameda County, despite the higher costs they were facing in fees to do business here in comparison to other potential options in less expensive states,” Haggerty said. “And at the end of the day, through a joint governmental effort, we were successful in retaining Gillig and their workforce. So, I truly hope that the workforce reduction with Gillig and other major businesses in my district, the county and the state are only temporary. Unfortunately, I am bracing for more layoffs from companies both small and large as we all continue to deal with the effects of COVID-19. I look forward to a day when we can all get back to work and resume some sense of normalcy to our lives. This pandemic has wreaked enough havoc on us all.”