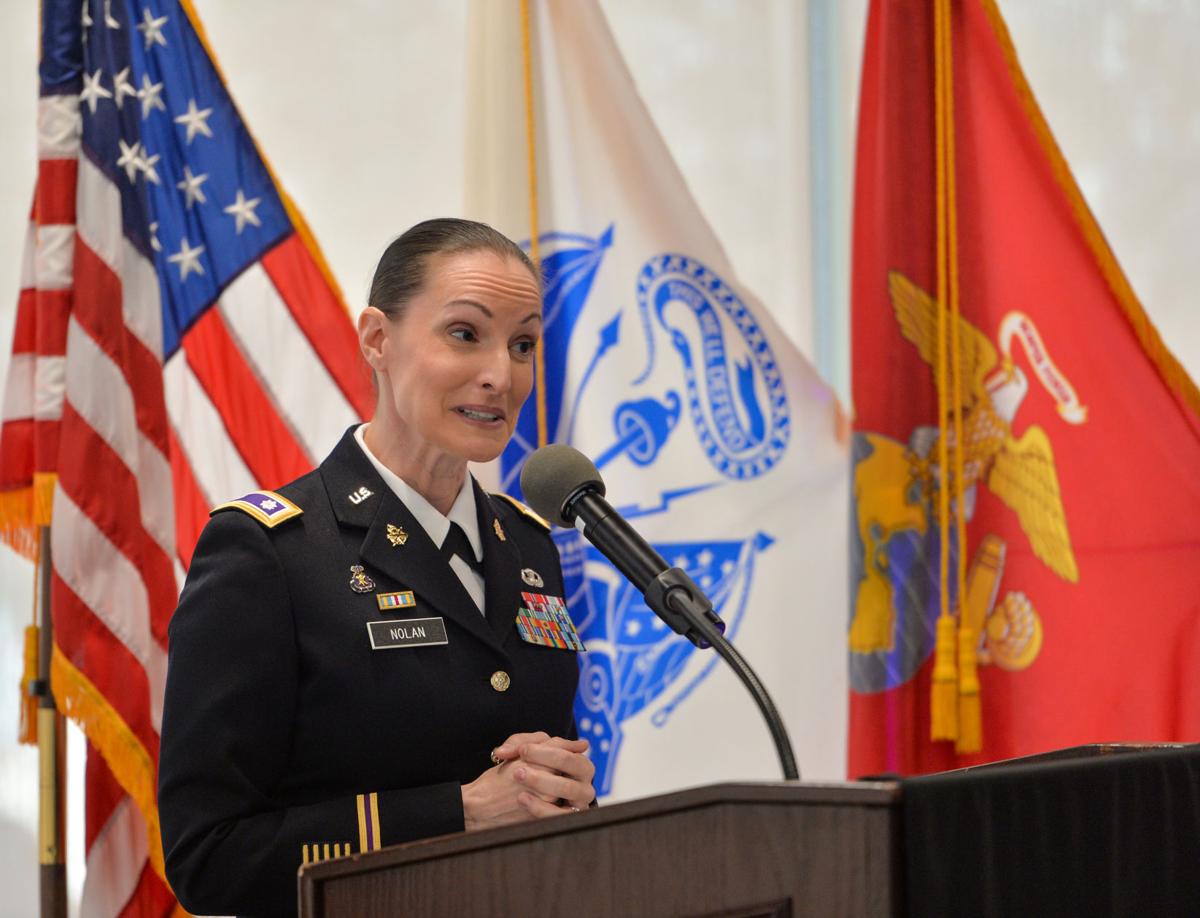 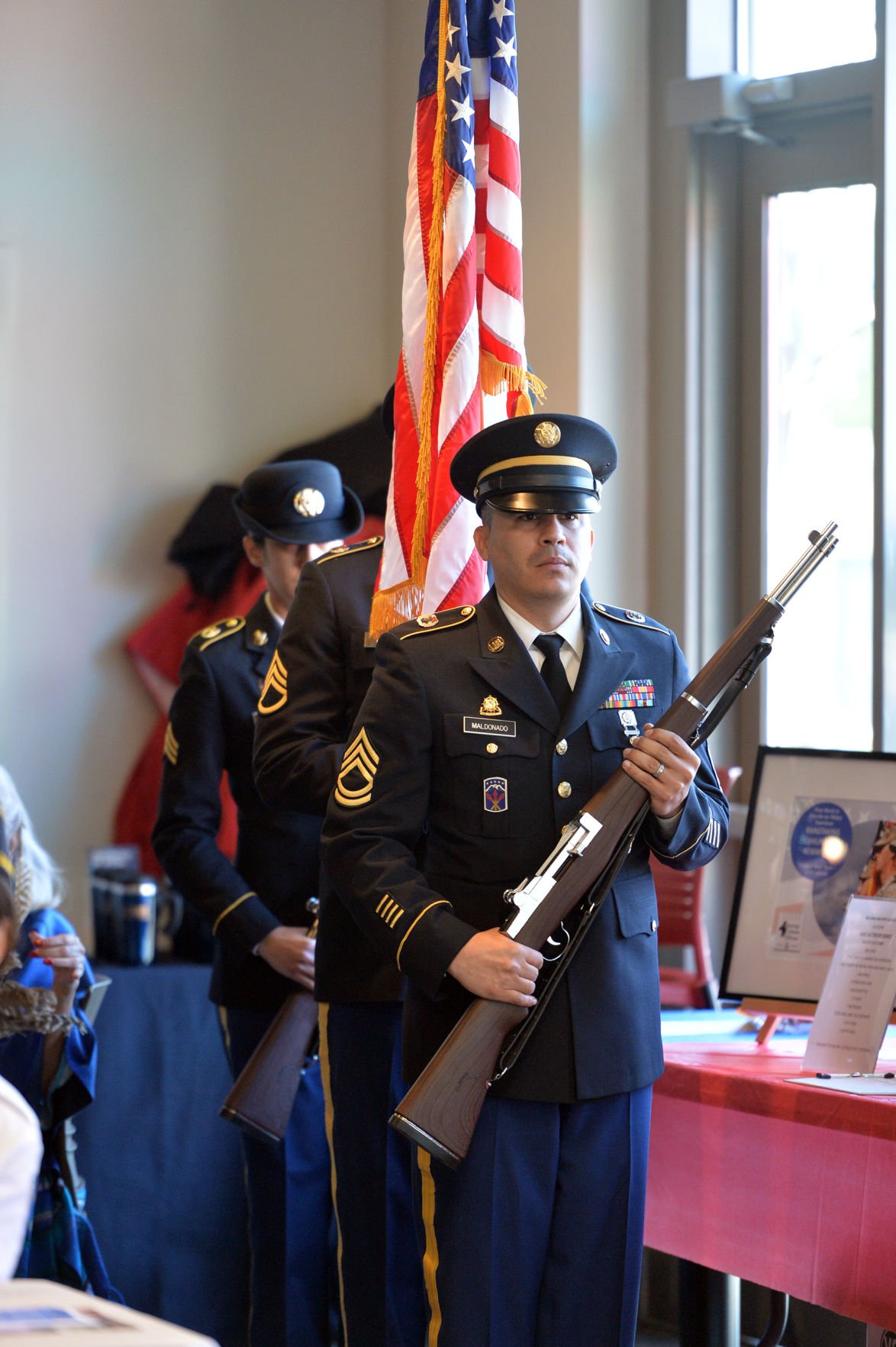 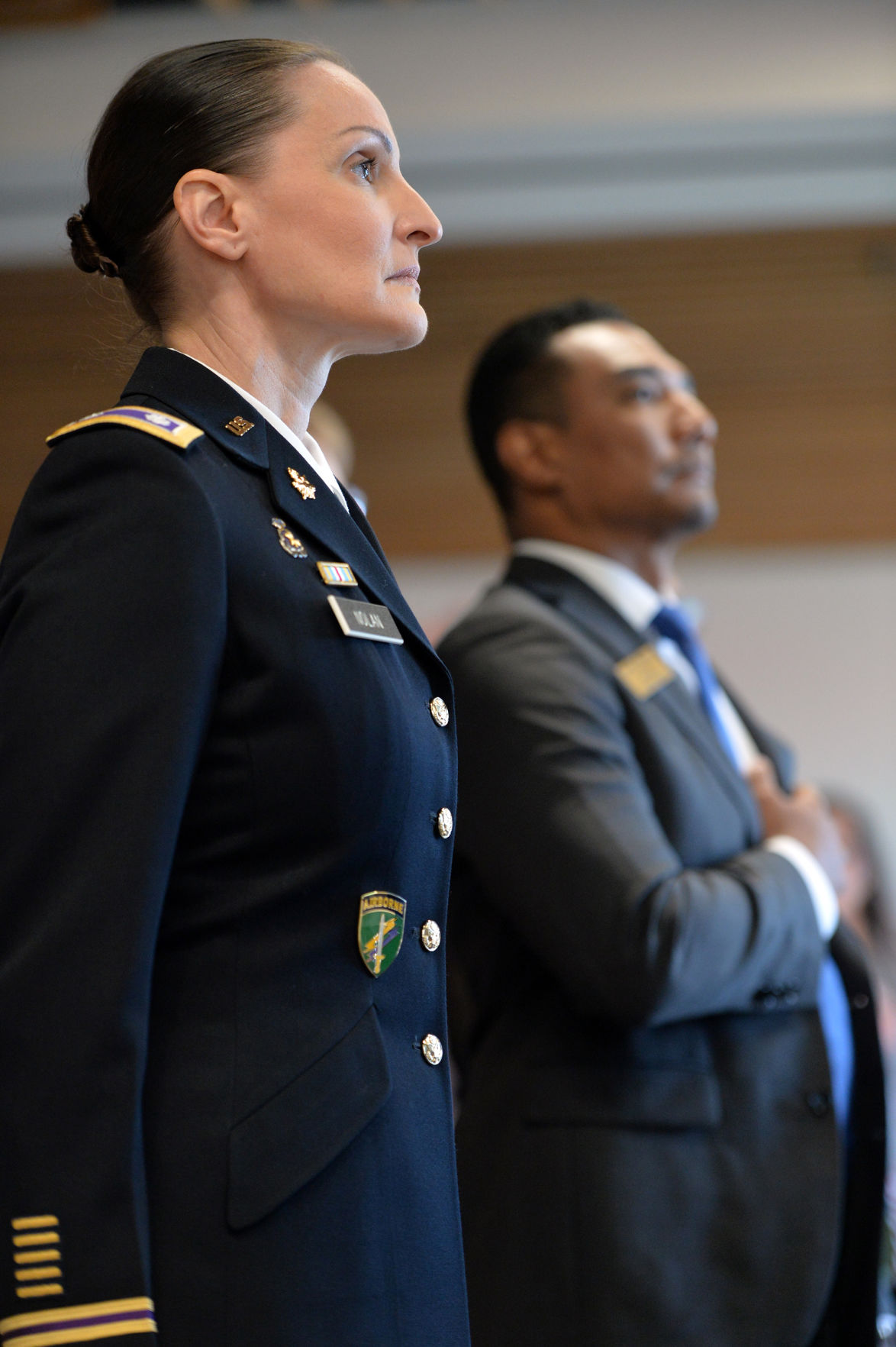 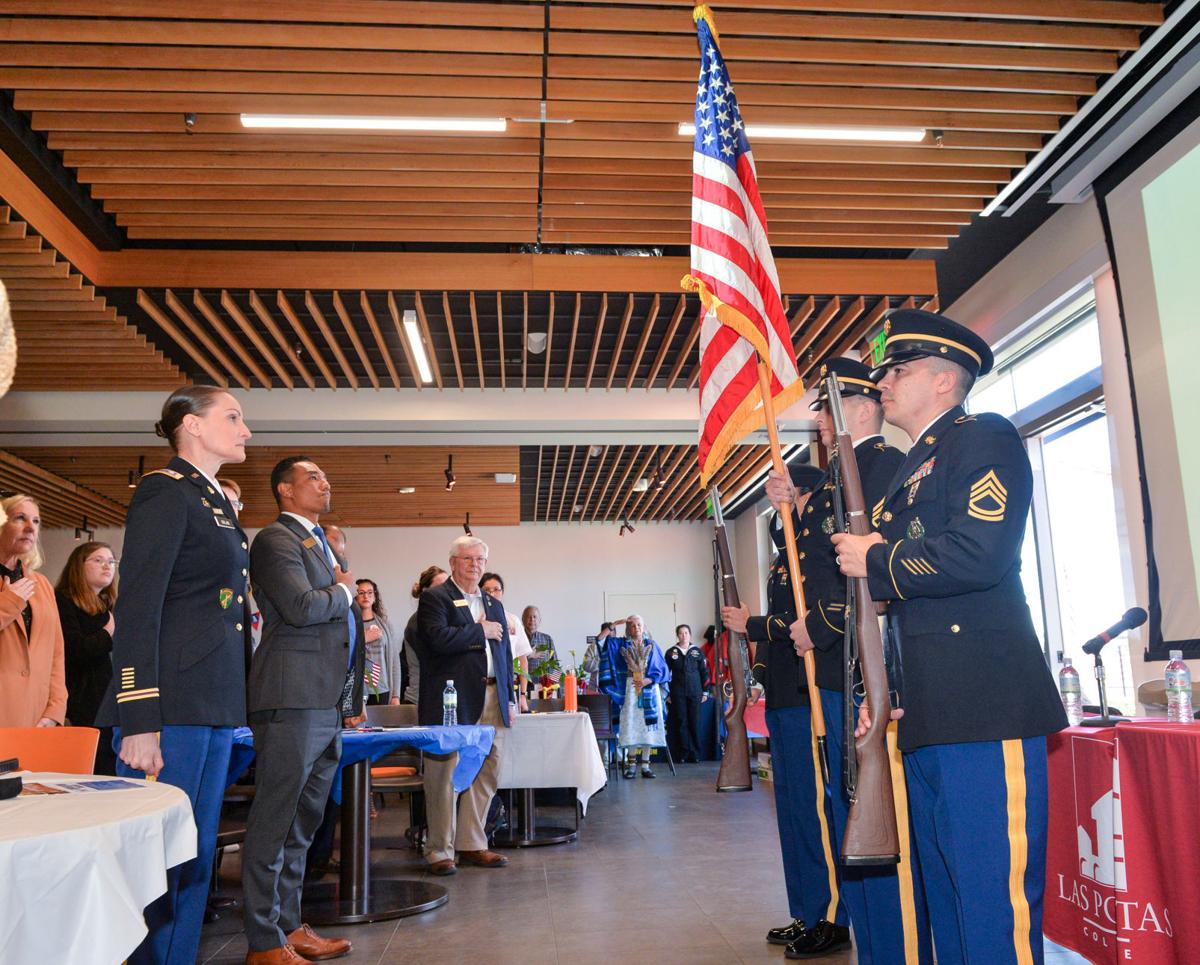 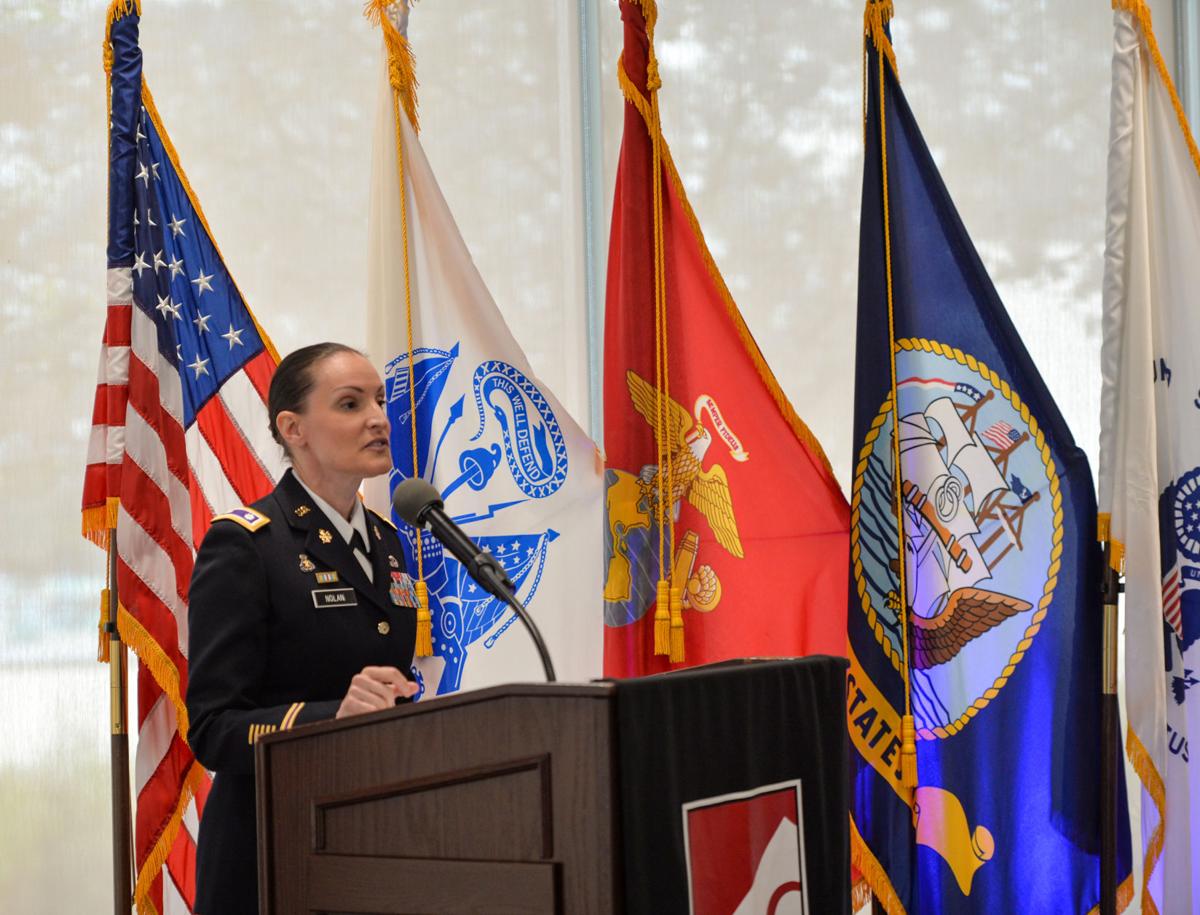 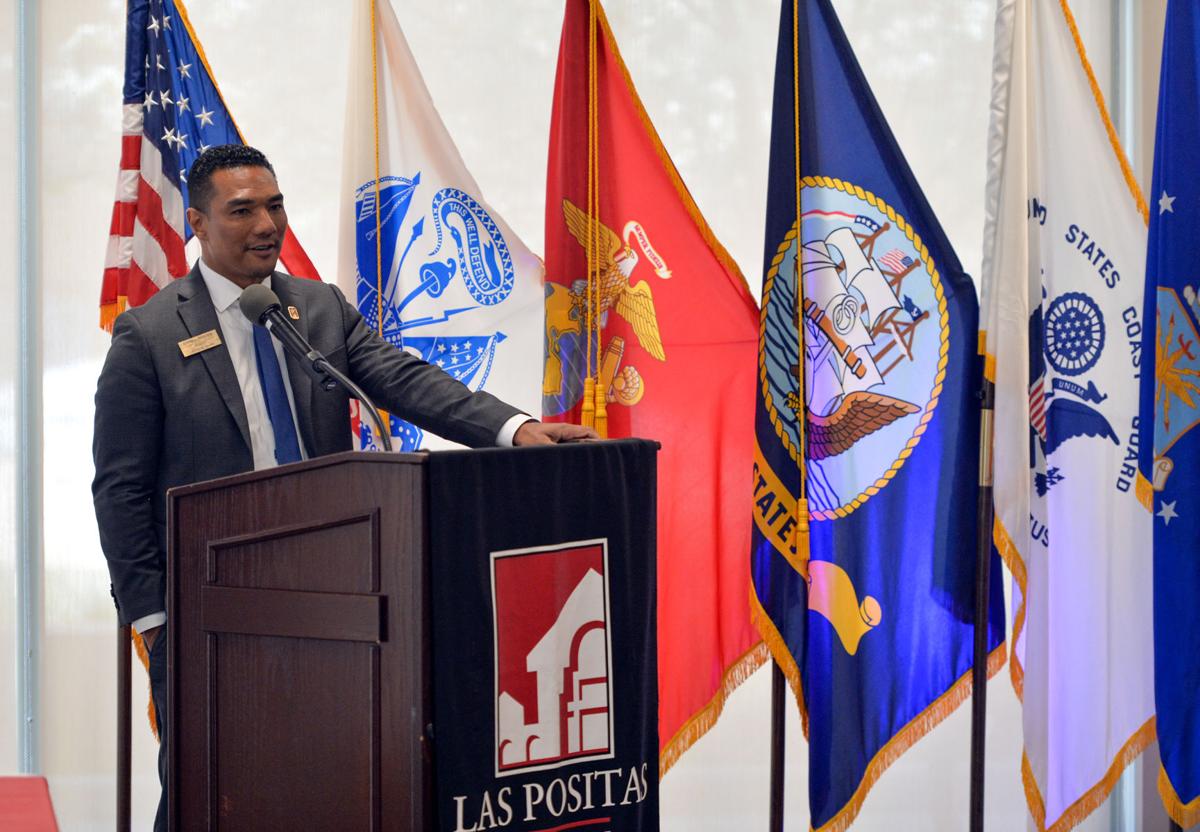 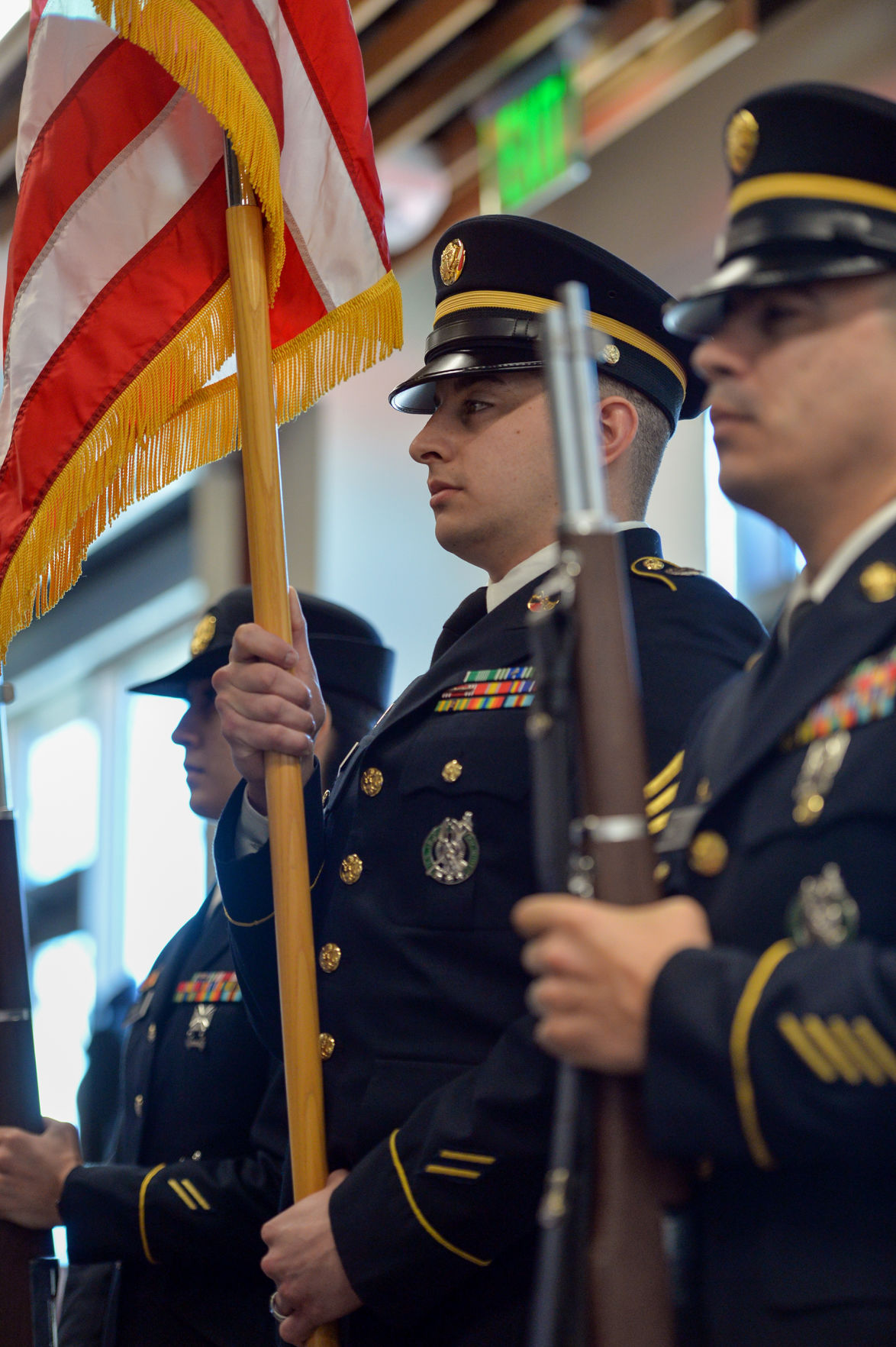 Women veteran honorees described their experiences in the service and returning to life in the real world at the 8th Annual Honoring Women Veterans luncheon at Las Positas College on March 11. Scholarships were also awarded to women veterans who excelled in their college studies.

Todd Steffan, Veterans First Coordinator at Las Positas College, described the program, which last semester taught skills to 420 veteran students. He noted that 21% of those students were women veterans, 40% of whom were Latino. Minority veterans comprise approximately 43% of the 1.6 million veterans in California.

Keynote Speaker Lt. Colonel Jennifer L. Nolan U.S. Army Reserve stated, “Women veterans served to create change throughout history. They fought in the Civil War beside men, and many acted as spies. These women were, in the past and present, and will in the future, continue to be willing to put the needs of our country above their own.”

A panel of women veterans was introduced by Dr. Miatta Snetter, a psychotherapist who provides treatment for diagnoses experienced by both female and male veterans. “Veterans generally find it easy to serve and give, but they struggle with being served and given to,” she said. Snetter asked the panel members the most significant thing which happened to them as a female while in the service.

Panelist Treasure Edward, who served in the Navy, summed up what the other panel members expressed stating, “We all found out that by working hard we proved as women that we belonged in the service.”

Snetter next asked the panelists why women didn’t seem to take advantage of the many programs available to veterans and especially psychologic services when they leave the service.

Marine Corps veteran Adriana Santos, speaking for the group said, “As veterans and as women, we don’t want to let others think we need help. We think we can do it all. We now have learned it’s okay to use the resources available to veterans rather than leave them untouched.”

Snetter’s last question concerned the most significant differences or challenges that were encountered for a woman in a male dominated organization.

Army veteran Riena Rocha Diaz and Santos both explained how they had to breach the gap between stereotype and inequality by using order and structure, mixed with compassion, so at the end of the day, everyone served together.

Student scholarships were awarded by the Local Chapters of the Daughters of the American Revolution, the Valley Veterans Foundation and Blue Star Moms of Danville. In addition, a $40,000 donation from the Safeway Foundation was presented to the Las Positas Veteran’s First Program.