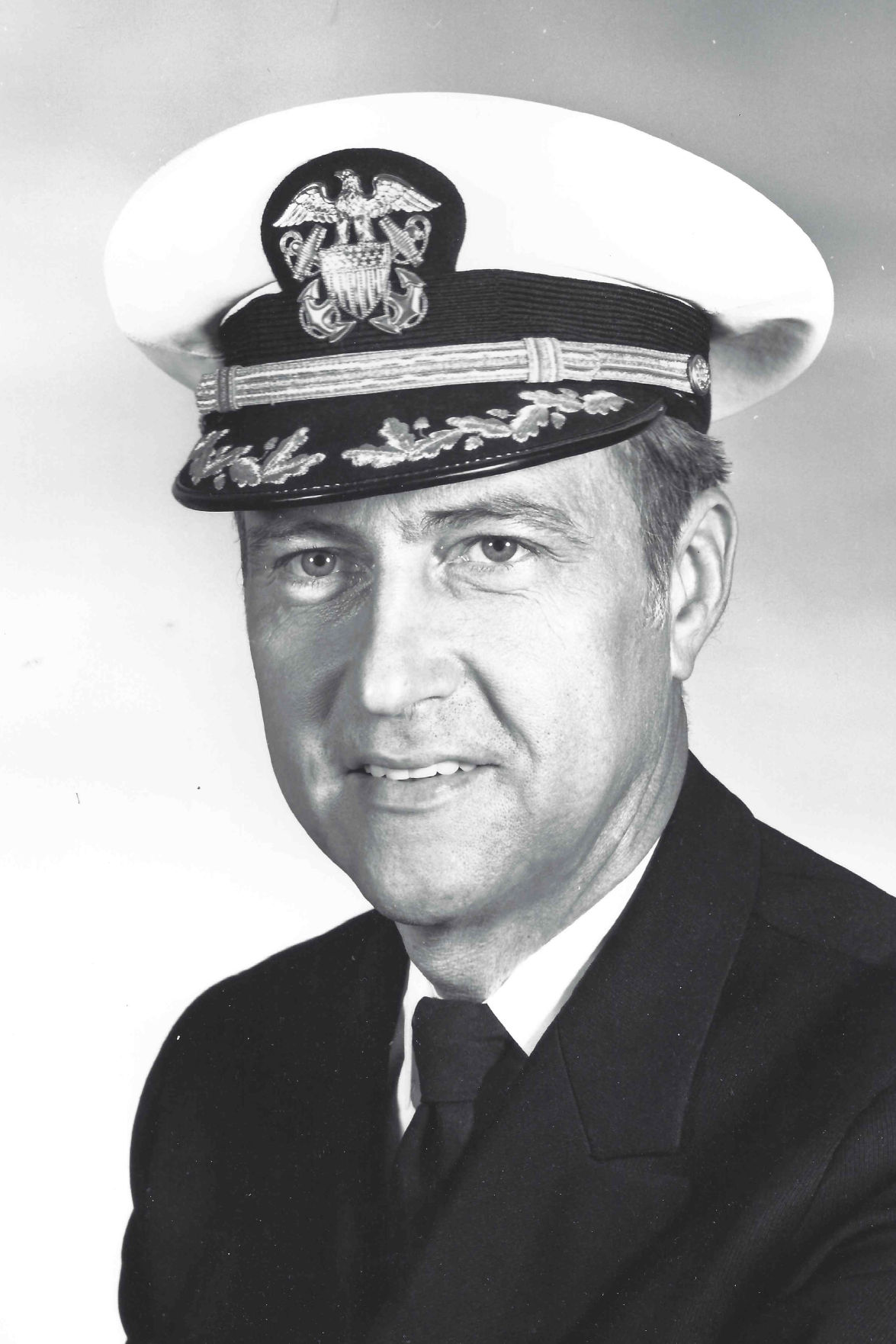 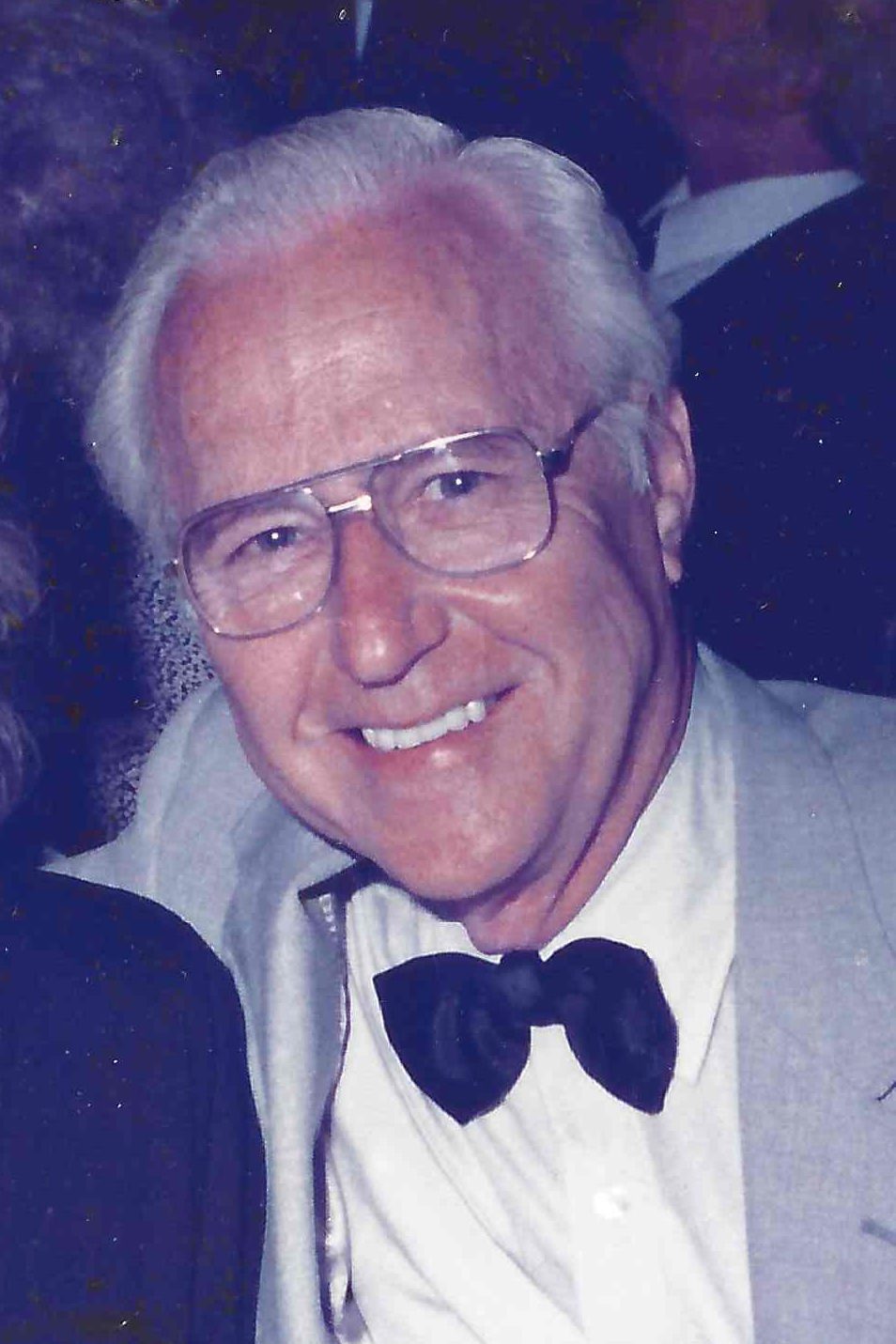 Capt. Angelo Romulus Petoletti, MSC USN retired, passed away May 21, 2020, at his home in Livermore, California, with family by his side. He was 91.

Angelo was resilient. It was a quality that helped him survive cancer and live with secondary myelodysplastic syndrome for many years. He was a man who had a deep faith in God, believed in the power of positive thinking, loved his family well and was well-loved by them.

Angelo’s professional life was dedicated to his patients and to the advancement of healthcare in military hospital pharmacy. He spent close to 28 years in the U. S. Navy Medical Service Corp, 1951-1979, spanning the Korean and Vietnam Wars.

Angelo first worked in his parents’ drug store in Iselin, New Jersey. His father, Louis Romolo Petoletti, emigrated from the Piemonte region in Italy to New York City, graduated pharmacy school, met and married Letizia Amalia Camurati, also from Piemonte. Together they built a home and opened Petoletti’s Drug Store. Angelo was a bicycle courier, stock boy, counter and fountain clerk. The drugstore was a popular spot in downtown Iselin and Angelo lent an ear to the life stories of customers during the 1940s, often sharing a kind word or a joke to bring a smile.

Loving parents endowed Angelo and his sisters, Antoinette (Toni) and Alexandra (Sandrina), with values and a strong work ethic. Angelo also worked alongside his father building additions to the family home and cultivating the garden. As a young man he developed a passion for all things electrical that lasted his lifetime. He was an early-adopter of technologies well into his 80s and was often self-taught. To his wife and children, it seemed he could fix anything and solve any problem.

Angelo graduated Woodbridge High School, in nearby Woodbridge, New Jersey, at age 16. He played cello and was selected for the New Jersey All-State Orchestra. Later, he played with the Plainfield (New Jersey) Symphony. He enjoyed music and picked up the banjo in his 60s. In his twilight years, Angelo could still be coaxed to play “Ave Maria” on the cello at Christmas, but said he most enjoyed playing in concert with fellow musicians.

After high school, it was off to the Rutgers University College of Pharmacy in New Brunswick, New Jersey. Angelo completed his pharmacy degree in three years and began working as a registered pharmacist in the family drug store. With a love of learning and broad interests, he continued taking courses at Rutgers, also earning a bachelor’s degree in psychology.

One day in 1950, Angelo went to the library to research U.S. military service. As he walked in the door, his eye caught a girl working behind the check-out counter and he immediately said to himself, “Now there is a girl I could really go for!” He had spotted the love of his life, Claire Marion Devers, with whom he was in love with for 70 years and to whom he was married almost 63.

Not long after meeting Claire, Angelo was commissioned into the Navy Medical Service Corp. His first duty station, in 1951, was the naval hospital on the island of Guam, where absence made the heart grow fonder. He returned stateside to Brooklyn, New York, and drove to New Jersey frequently to see Claire, who was attending nursing school.

Next, Angelo was assigned to the training division of the Naval Hospital Corps School at Great Lakes, Illinois. He and Claire were married in 1957 and she joined him in Illinois. They took up camping and boating, which they enjoyed with their family over a lifetime. They named their first boat “Volare” after “their song,” and named their retirement boat “Nice ‘N Easy.”

In 1970, Angelo settled his family in Livermore, where he continued to reside for the next 50 years. He was active at St. Michael Catholic Church, serving as lay minister, eucharistic minister and on various parish and education committees. All his children graduated Livermore High School and attended California universities.

During his service in the 1960s and ‘70s, Angelo designed and implemented innovative, large-scale inpatient and outpatient hospital pharmacy systems. An early advocate for the effective use of pharmacy technicians, he set high standards for training and development. In 1975, he received the Andrew Craigie Award for outstanding accomplishment in the advancement of professional pharmacy within the federal government from the Association of Military Surgeons of the United States.

Capt. Petoletti also provided drug and alcohol abuse counseling for active duty military. He had an aptitude for counseling and education and lectured frequently. He was a trailblazer in anti-smoking campaigns, active in professional societies, and crafted “The Ten Commandments of Patient Consideration,” published in American Druggist magazine in 1970. He was compassionate, empowering and uplifting in his professional endeavors and relationships.

Capt. Petoletti retired from the Navy in 1979. Thereafter he enjoyed semi-retirement, working as a relief pharmacist with Longs Drugs in the Bay Area.

Angelo’s children found him wise, kind, patient, a good listener, an excellent teacher, and always encouraging. He and Claire loved to dance and enjoyed a twirl around the living room after many a dinner. They infected their children with that same joy. He was eager to pile kids in the car for weekend excursions and vacations. Photography was a hobby and he compiled a treasure of family photos, films and videos to accompany countless happy memories.

Angelo was affable, had a sense of humor, and often a new joke to tell. Friends and family also appreciated his intelligence, ability to think out-of-the-box, eternal optimism, and delightfully quick wit into his 91st year.

Most importantly, Angelo’s wife, children and grandchildren found him generous with the words “I love you.” He said, “loving is living,” which was key to his longevity. At 91, he was content with simple pleasures – a good cup of coffee in the morning, a kiss from his wife, and the love of family made a great day. We were so blessed to have and enjoy him.

He will be forever loved by his grandchildren, Ensign Curtis N. McDonnell, USN; Myles P. Nowak; Natalie V. Nowak; and Brooke Nowak. He will by dearly missed by his in-laws Mary Fontaine, Bill and Leslie Devers, and Matthew Balint all of New Jersey, and his six nieces and nephews. Joining the family in their loss is Alex Dannenbaum, who was always there with loving support and strong arms.

Due to Covid-19 restrictions, a funeral mass will be held with immediate family at St. Michael Church. A celebration of life will be held for extended family and friends in the future. In lieu of flowers, donations may be made to the American Cancer Society, or consider making a blood donation to the American Red Cross.

Callaghan Mortuary is handling arrangements and an online guestbook is available for condolences at www.callaghanmortuary.com.