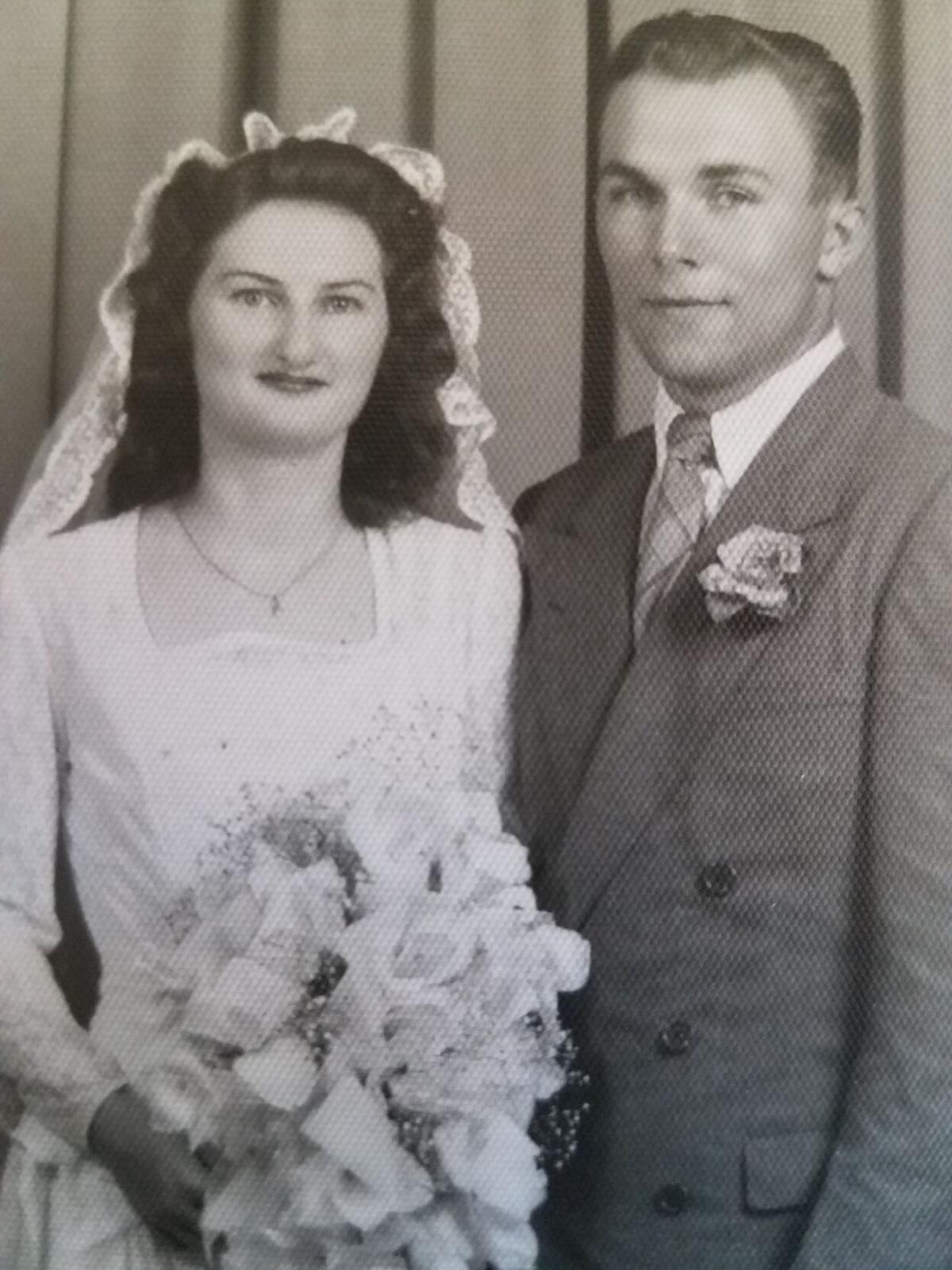 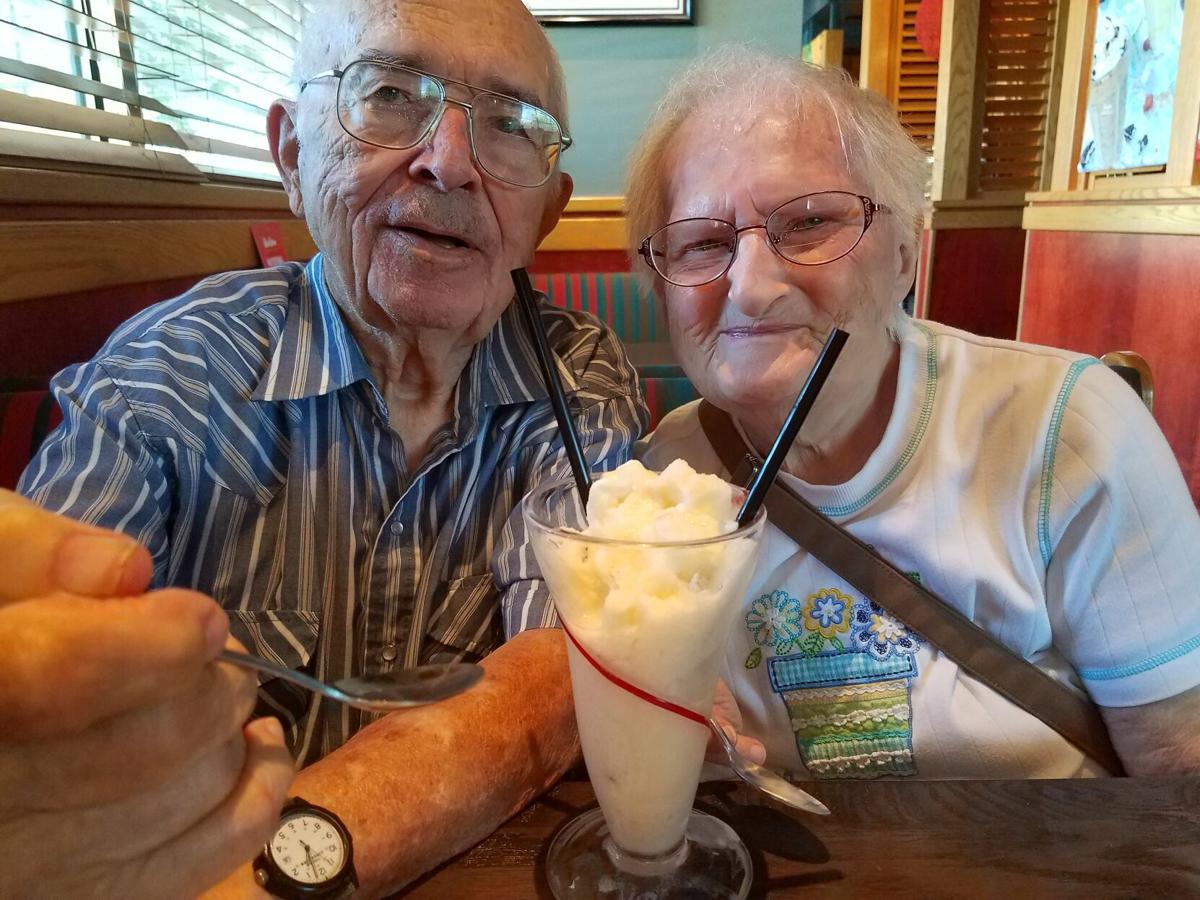 A great romance has come to its life's end this month with the passing of Donald W. and Jacqueline J. Larsen, married for 76 years.

The loving couple shared a wonderful life together that began in Marion County, Kansas, and continued in Livermore, California. Don and Jacquie began courting in high school in Marion, Kansas, walking to school. The couple married during college, and then began their life together on the Larsen family farm. They soon rented a nearby farm and started a family, raised sheep, and started a gladiola nursery where they sold bulbs and cut flowers for weddings and funerals.

The couple designed and built their own home in 1962 as an educational opportunity for their children. In 1972, they built another home with son Jon, where they lived until 2018.

The Larsens had an entrepreneurial life, including owning a gift and pharmacy shop in Peabody, Kansas. They purchased houses for rentals and fixer uppers to flip. Don became a general contractor, and later, he and Jacquie founded the first house-inspection company in the area, Larsen House Inspection. Don and Jon became well-known in the real estate community and helped shape a new industry.

Throughout their life together, the Larsens had many interests, including the fine art. Don was known for his watercolor paintings and Jacquie for her textile hangings. Their love of nature and the world around them was reflected it in their art and two published books. They enjoyed many great trips together.

From the beginning to the end of their lives together, Don and Jacquie used love, humor, and thoughtfulness to support not only each other, but their family and community. Don and Jacquie had great resilience over their lifetime in battling health problems, taking turns caring for each other with spirit and humor. They were fond of their health care workers.

The family is incredibly grateful to everyone that had a positive impact on their lives.

Don grew up on a farm near Peabody, Kansas, with his parents, Louis and Grace Winkley Larsen, and his sister, Phyllis.

He enrolled as a first grader in a one-room school, attended Marion High School, then received a Bachelor of Science degree in agriculture at Kansas State University. He married Jacqueline Hawbecker of Marion and began farming with his father.

After several years, the local school board asked him to teach at the one-room country school. This did it, his people interest was kindled. Night and summer school helped him achieve a master’s degree in education at Emporia State College.

Four years later, he reported to a sixth-grade position at Junction Avenue School in Livermore, California. He later served as the school’s vice-principal until being chosen as principal of Jackson Avenue School. He loved working with the students and finding ways to enrich their lives. He also enjoyed working with people and often shared many fond and funny memories of faculty, students, and their parents.

After his retirement, he and his retired staff continued their friendships in regular lunches.

Don had an eclectic variety of interests and put his creativity and passion into every project. Before retirement from education, he began to paint. Watching the colored water flow from the end of his paint brush relieved much of the stress of dealing with adolescents.

He pursued watercolors and became recognized as a professional artist in California. He was elected president of two societies, the Society of Western Artists and the California Watercolor Society, both of which granted him the honor to put his initials behind his signature. He really enjoyed demonstrating and judging at art shows across the state, and he won many awards. He also served as superintendent of the Alameda County Fair art department for many years. He left a large file of sketches and ideas for new paintings, several in his head still at the end of his life.

As owner of Larsen House Inspection, he found a new profession. He enjoyed helping homeowners, buyers and realtors understand and maintain the buildings. He created a regular newsletter with word search puzzles, an effective marketing tool that he delivered in person to realtors.

His son, Jon, joined the business and they helped form the state and national inspection organizations, CREIA and ASHI. Don inspected into his 70s, when he was grounded and continued to do the marketing for the company.

After a second retirement from Larsen House Inspection and not wanting to be idle, Don wrote and self-published two books.

“I’ve Never Been an Old Man” describes the struggle when Jacquie became quite ill and needed a care-home for eight years. “The Prairie Tides” tells of his family and general changes in mid-west life during the 20th century. He then wrote a series of stories about a Danish detective that helped him research Denmark, his grandfather’s country.

Don enjoyed his world, whether it was where he traveled, what he studied and observed in his back yard, or whom he spoke with. Memories of people he met always gave him pleasure. He was a people person, a creative person.

Jacquie was born Jacqueline Joyce Hawbecker on May 23, 1928, to Emery and Hazel Hawbecker in Marion, Kansas.

Jacquie had a great love for music, played saxophone and was drum major in the high school band, and for many years, she led the choir and played organ at church and taught piano lessons. She had a great appreciation for classical music and was sometimes found listening to her hi-fi stereo with headphones, conducting while she listened.

After raising their three children, Jacquie fulfilled her dream of higher education and returned to school to become a library technician. She started a career in the libraries Livermore and Granada High Schools.

Jacquie shared interests with Don and supported his creative, professional, and business pursuits, but she also had many interests and hobbies to include fiber art. She dyed wool and spun her own yarn and interpreted some of Don’s design ideas into her wall hangings.

In her later years, Jacquie dedicated several years to genealogy and researched their own and other families’ lineages back as far as the records would take her. She documented her ancestors back to nearly 1,000 years of Scottish, Ulster Scotch-Irish in Northern Ireland, English, French, Pennsylvania Dutch and more.

Don and Jacquie are survived by their three children and spouses, eight grandchildren, three great-grandchildren, two great-great grandchildren, and Don’s sister and family. Jacquie is preceded by her sister, Maurine Sloan Graham of Winfield, Kansas.

Your thoughtful gifts may be sent to any youth organization or Shepherd’s Gate, in Livermore.

Callaghan Mortuary is honored to be serving the Larsen family. An online guestbook is available for condolences at www.callaghanmortuary.com.