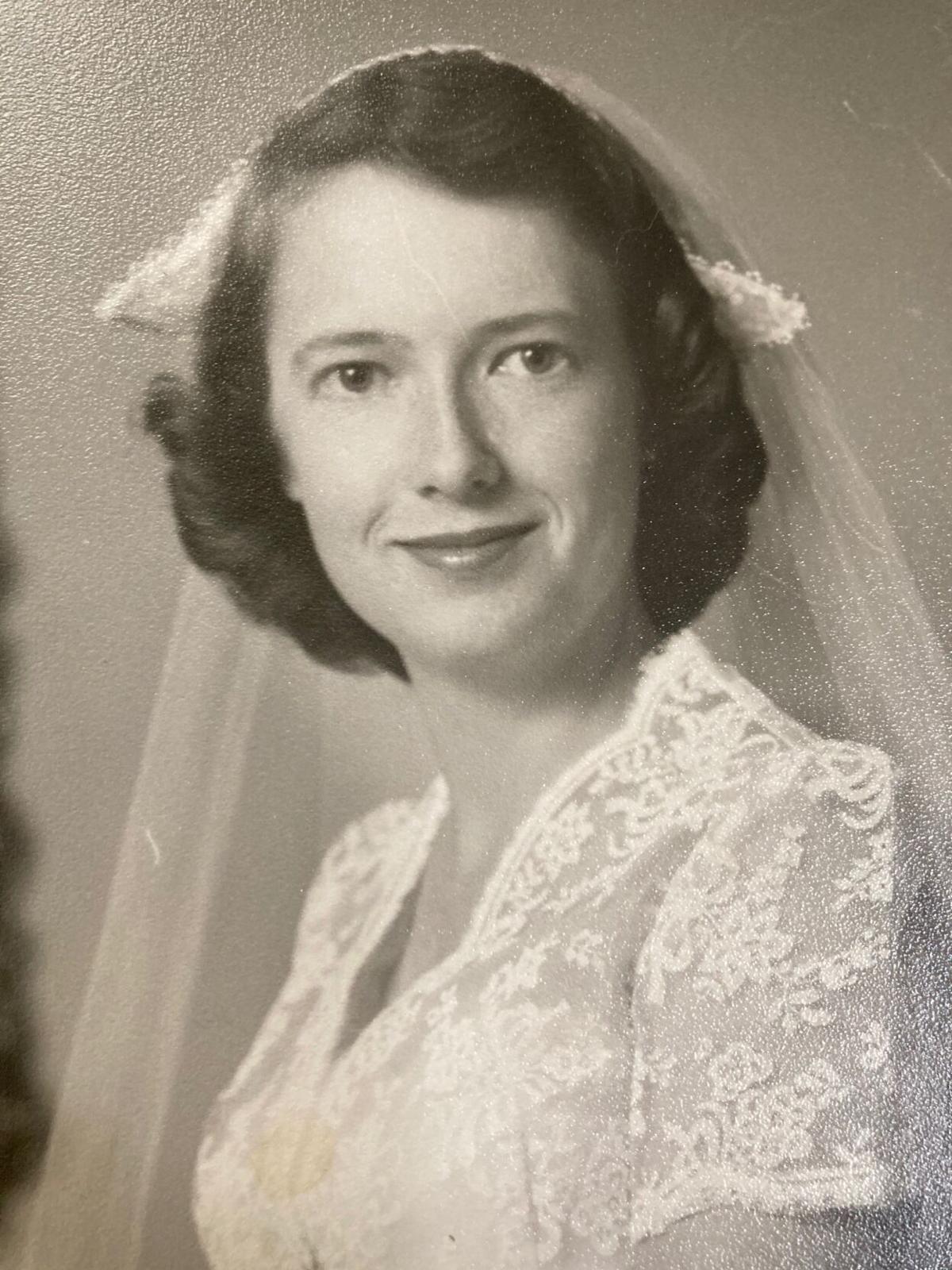 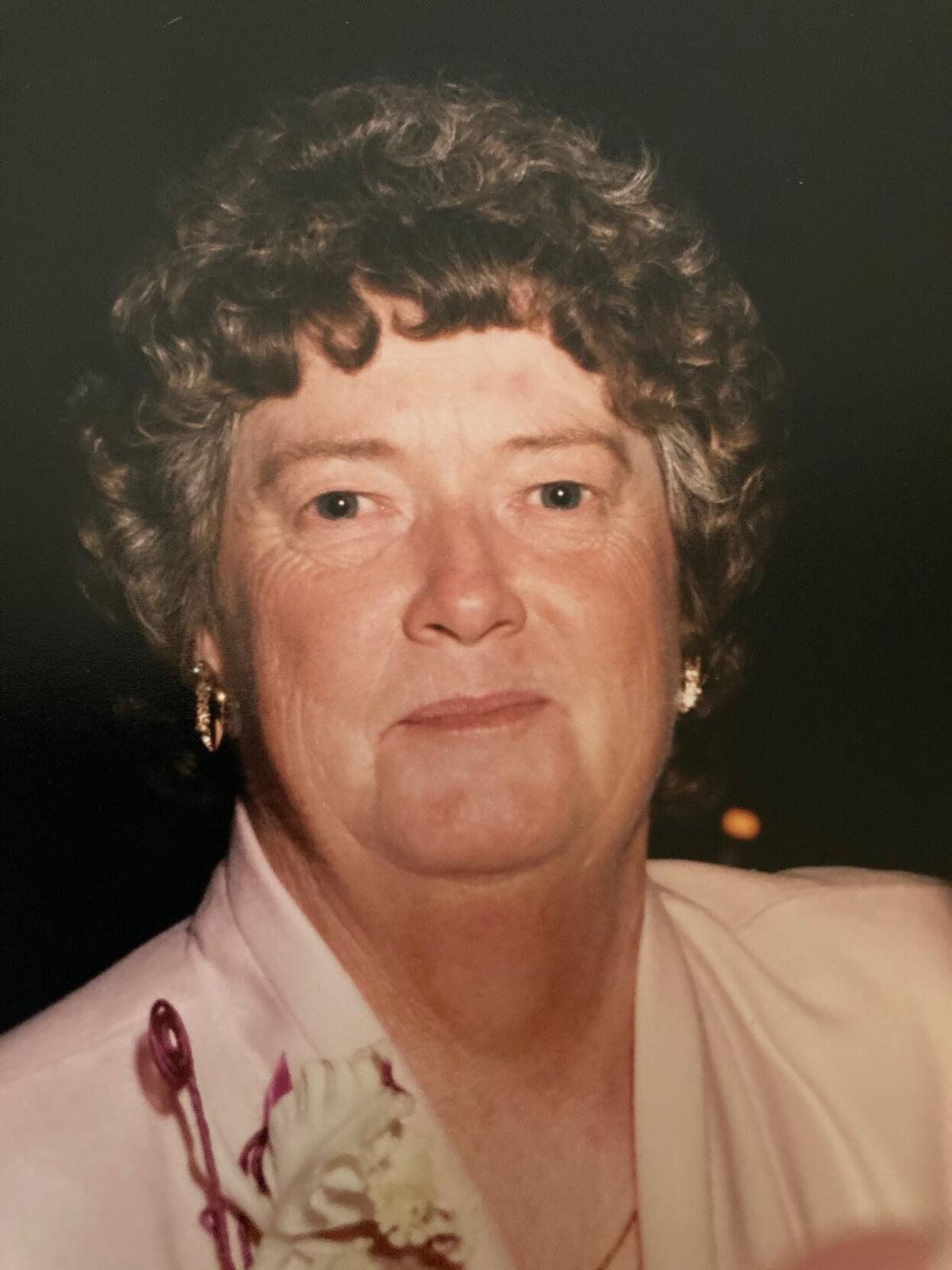 Livermore resident Gretchen Leah Clatworthy passed away peacefully in her sleep on Monday, Sept. 28, with her husband and daughter at her side.

Born in New Mexico to her parents, Alice and Phillip Girard, she was raised with her half-brother, Winfield A. Spear, by her mother and stepfather on a farm north of Albuquerque. Gretchen grew up a true farm girl, canning fruits and vegetables, collecting chicken eggs and churning butter, herding 100 turkeys to the pasture to rid the alfalfa of grasshoppers and climbing to the top of the barn to help her step-father re-shingle the roof.

She was educated in public schools in Albuquerque and went on to attend the University of New Mexico (UNM), earning a BA in education as a proud member of Phi Beta Phi.

It was during her freshman year at college she met her future husband, John Clatworthy, of Detroit, Michigan, who was attending UNM on a NROTC scholarship. They graduated together on June 4, 1953, the same day John was commissioned a second lieutenant in the U.S. Marine Corp, and began married life the very next day, June 5, 1953.

Gretchen rose to the challenge of being a military wife with grace and skill, managing their home no matter how often they moved - three times in the first year alone! The family lived in places as far flung as Alaska, Hawaii and Virginia. At times, Gretchen had to raise their children, Jon and Alycia, alone while her husband was sent overseas.

Her greatest test was in 1966, waiting in Albuquerque for 13 long months with the children while her husband was sent to Vietnam. During that time, she told friends and family to only come to the back door, never the front. A call at the front door was a military wife’s greatest fear, as it was how the Marine officers and chaplain would come to announce her husband had become a casualty of war.

Thankfully, John returned unharmed, and they continued their lives together, with Gretchen active in various church choirs, volunteering and substitute teaching. She delighted in telling the story of teaching a group of shocked young men in ‘shop class’, who thought they were getting a lazy day, but had to hustle when she proved she could cut and thread pipe better than any of them.

Gretchen and John settled in Pleasanton in 1974 after John’s retirement from the Marine Corp, and they lived happily there for the next 43 years. Their children completed school and moved on to pursue further education and employment. Gretchen kept busy working part time at the Pleasanton Library and John worked at Lawrence Livermore National Laboratory.

She and John began a routine of annual trips to New Mexico, to their condo overlooking the Carson Valley in Nevada, and to San Francisco to enjoy the ballet, the theater, fine dining and shopping.

Gretchen became ‘Nana’ in 1999, after the birth of her and John’s first grandchild, John Zachary; and assisted their son in raising him. ‘Nana’ volunteered at his school in the classroom and library, cheered at Little League baseball games and helped raise money for the Foothill High School marching band, after John Z became a member. A second grandchild, Jared, was born in 2000.

Holidays were joyous times at the Pleasanton house, with Gretchen’s amazing holiday meals at center stage. Her Christmas cookies were legendary throughout the neighborhood.

John Zachary graduated high school in 2017 and joined the Marine Corp; Jared graduated in 2018 and was accepted to San Jose State University. During this time, Gretchen’s health declined, though not her spirit, and she and John moved to Heritage Estates Assisted Living in Livermore.

With the care and help provided by the staff, she was able to make new friends, attend the Bankhead theater and dine out with former neighbors (but still good friends) from Pleasanton.

Until the time friends and family can gather safely to celebrate her life, please think of her with love and laughter.