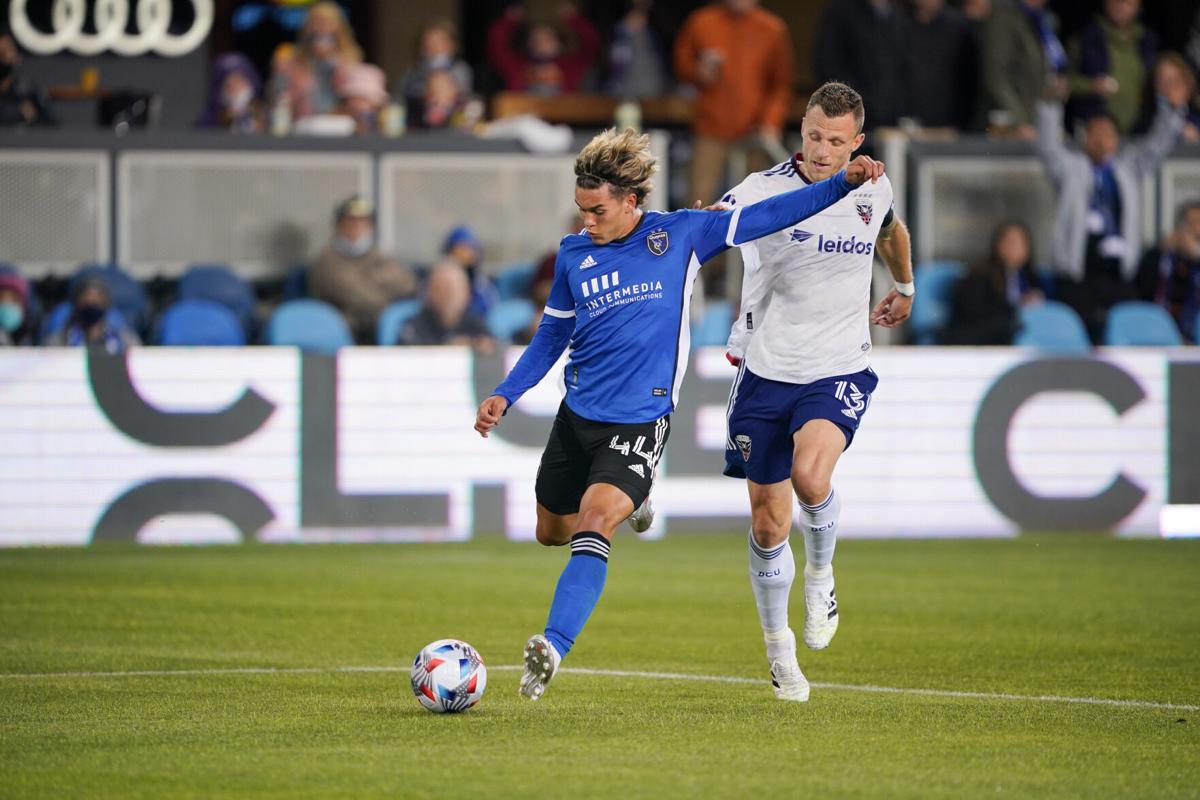 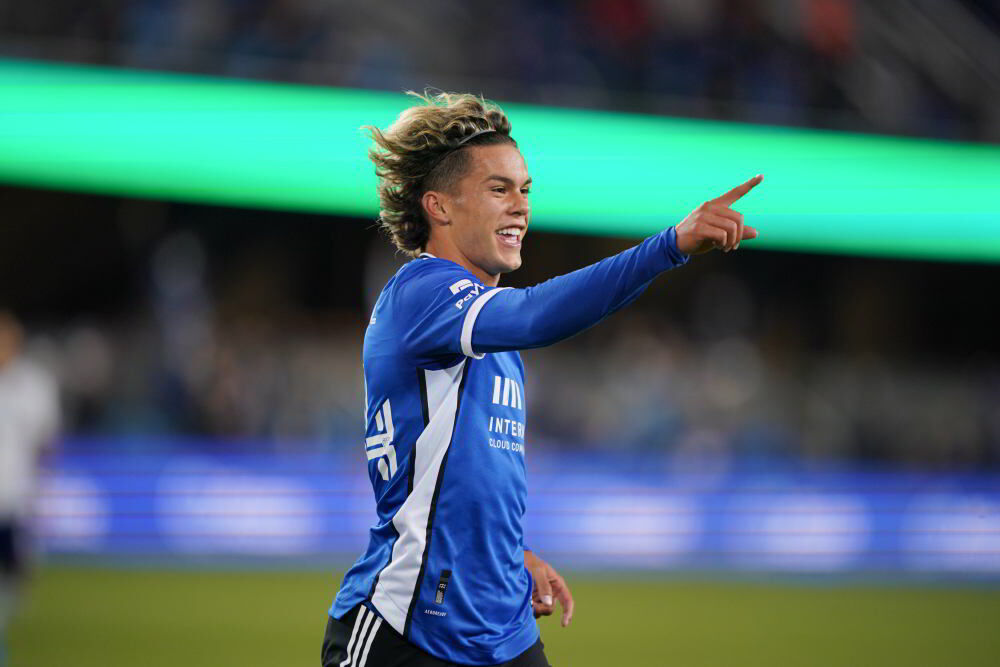 “Cade’s great. That kid. He’s like a kid in a man’s body. Speed, power … I saw him come into the Quakes to now; his technical skills have improved overall,” said the 5-foot-11 Akanyirige, who showed promise in his first MLS start against Portland last season. He has not played this season on a deep squad.

Fuentes, a Tracy native, is of both Salvadoran and Guatemalan descent which means he can play for those two national teams along with the U.S. national team.

“I played with Gilbert for a while,” Akanyirige said. “He’s smaller, but the way he uses his body, like his technical skills, he makes up for being smaller. You don’t really notice it because with his skills he can get around it.”

A part of the MLS youth movement, Cowell, Fuentes and Akanyirige are Homegrown Players out of the Quakes Academy, but Lemoine signed with Houston in 2020 out of its USL affiliate Rio Grande Valley FC. He landed on the field quickly for the Dynamo and excelled in the MLS is Back tourney in Orlando.

Another former Ballistic United player, Travian Sousa, a 19-year-old left back, recently signed with the Sporting Kansas City II after competing in Germany.

Talk about a wealth of riches from a 53-year-old Pleasanton soccer club.

“It’s definitely showing the value of an elite youth Development Academy system that iron sharpens iron,” said Jerry Losson, director of coaching for Ballistic United’s MLS Next Developmental Academy, of the club’s wealth of talented graduates. “It’s certainly working, and of course, the growth of MLS on an international level is certainly helpful. For them to be a part of that too says a whole lot, I think.”

Losson said Ballistic United built its academy slowly; the goal has always been to find the right pathway for players whether it be in college, professional or with other Developmental Academy programs back when Ballistic did not have that age group.

At Ballistic, Akanyirige of Pleasanton learned from the likes of former U.S. national team defender Kevin Crow, an ex-Amador Valley High star and the current Ballistic Executive Director of Playing and Coaching Development, along with Sonoma State Hall of Famer Andrew Ziemer.

Akanyirige’s first Ballistic coach was Tony Chavarria. He also played for Johnny Kinnear, among others. He competed on a team coached by Nico Lemoine’s dad, Sean, although the two players were in different age groups at the time. Nico Lemoine and Akanyirige later played together in the Quakes Academy and are close friends.

Cowell has taken MLS by storm this season. He was recently named MLS Player of the Week for Week 3 and to the MLS Team of the Week. In the Quakes’ 4-1 win over D.C. United on May 1 at PayPal Park in San Jose, Cowell became the youngest MLS player to have a goal and an assist in consecutive matches. He had the winning goal and two assists, upping his league-leading assist total to three.

With a bright cast of young talent, the Quakes (2-1-0, 6 points) entered the week tied for second place in the MLS Western Conference, a point behind Seattle.

Cowell began to really hit his stride in U-15s with Ballistic when he dominated on the attack against MLS Academy sides and others.

“That was the year Cade came into his own,” Losson said. "All of the things that he had been doing fell into place, with his athleticism and his ability to score goals and impact games singlehandedly. There’s tons and tons of great teams out there, but the ones that really separate themselves are the ones that have that differentiator, that player that just … he scores.”

Akanyirige credits the Quakes veterans such MLS All-time leading scorer Chris Wondolowski and Shea Salinas with helping the young guys develop and “giving us the inspiration to go out and show off our talent. They’re just great guys overall.”

He has fond memories of his time at Ballistic.

“Oh, it was a great club. I had the best time playing there,” Akanyirige said. “I met some of my best friends to this day playing there when I was little. It was a fun time. We had a great team each year as well. Great coaches; just a great environment overall.”