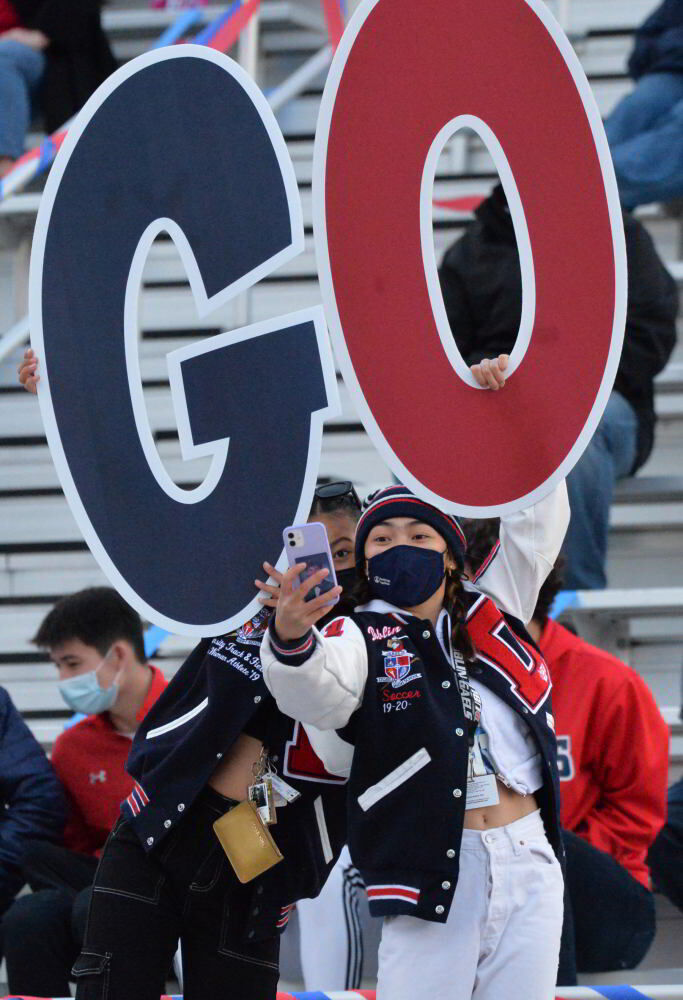 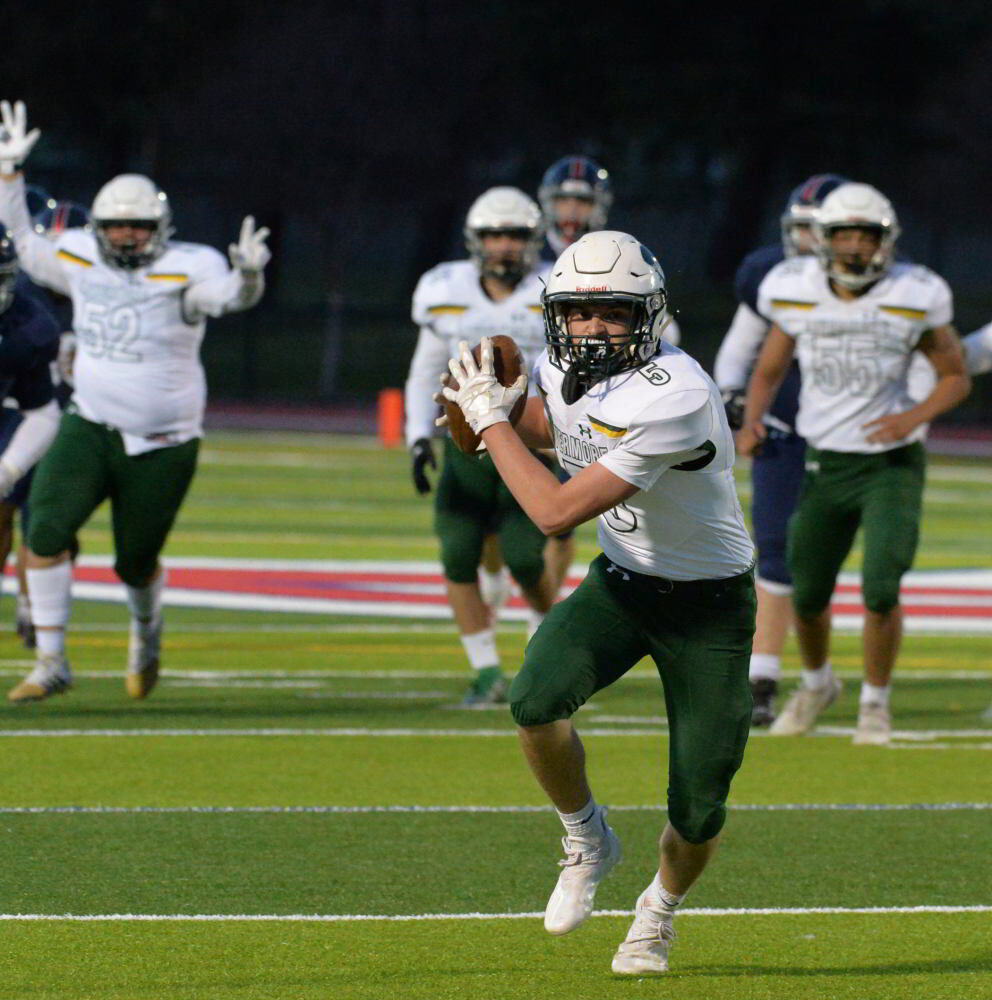 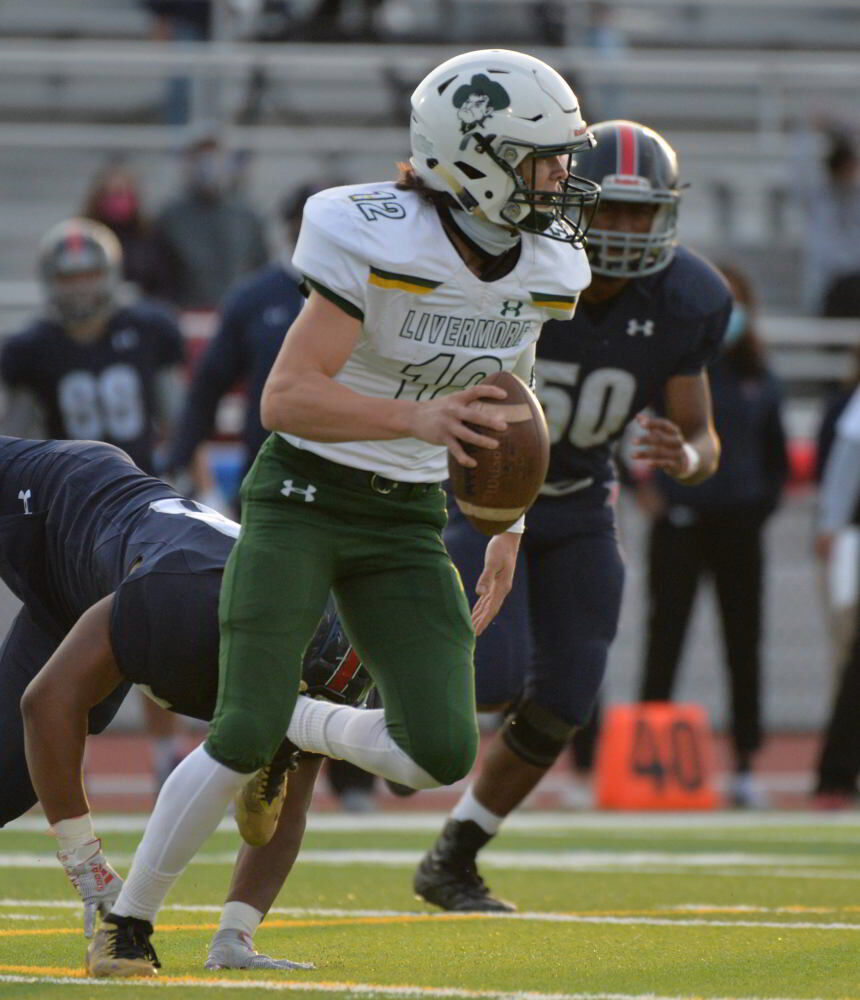 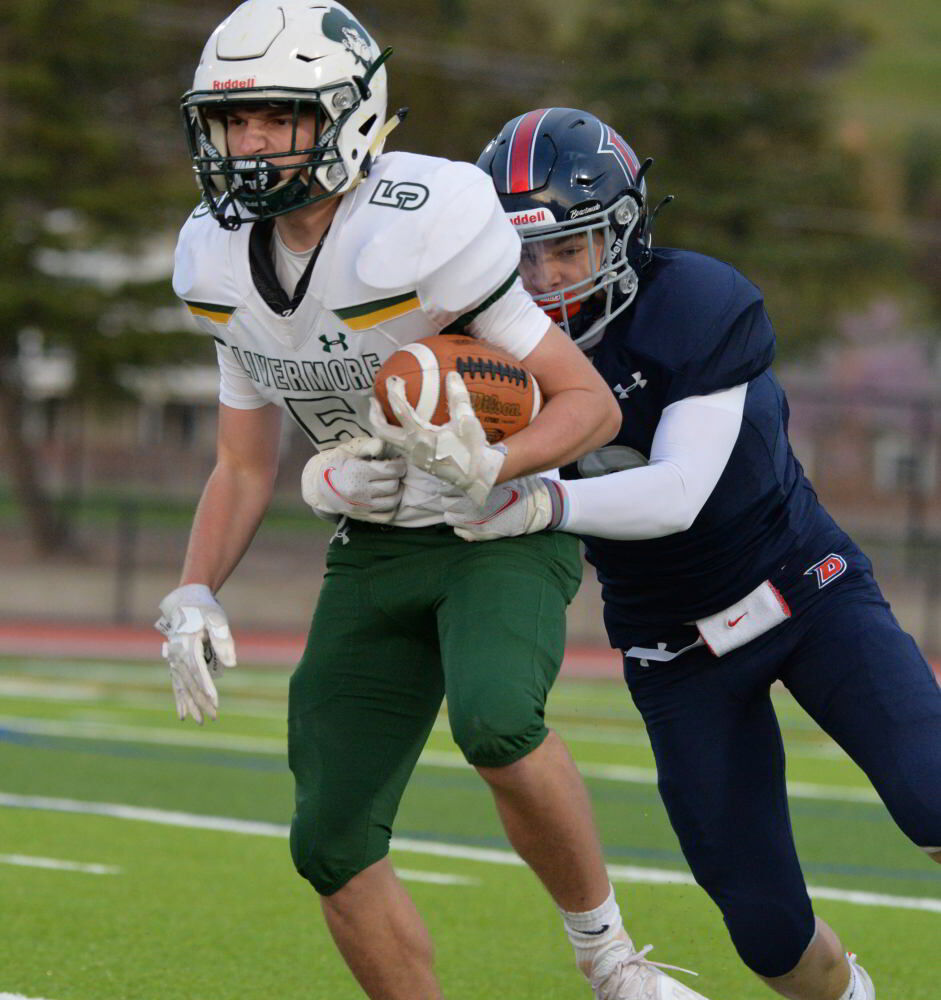 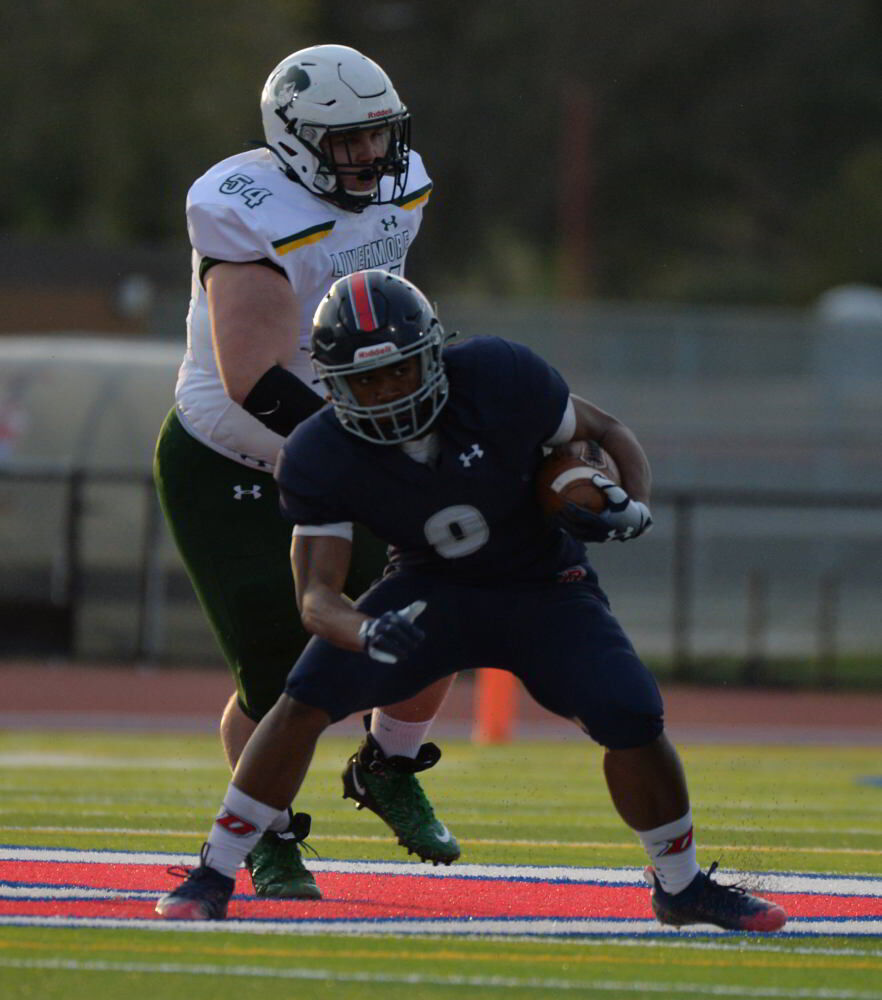 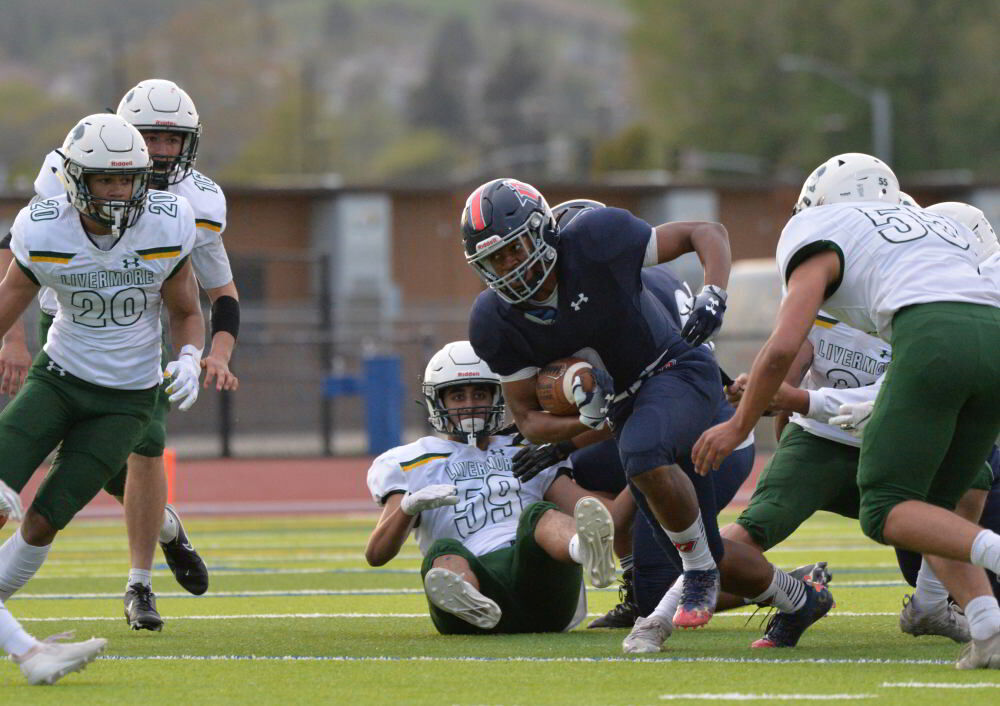 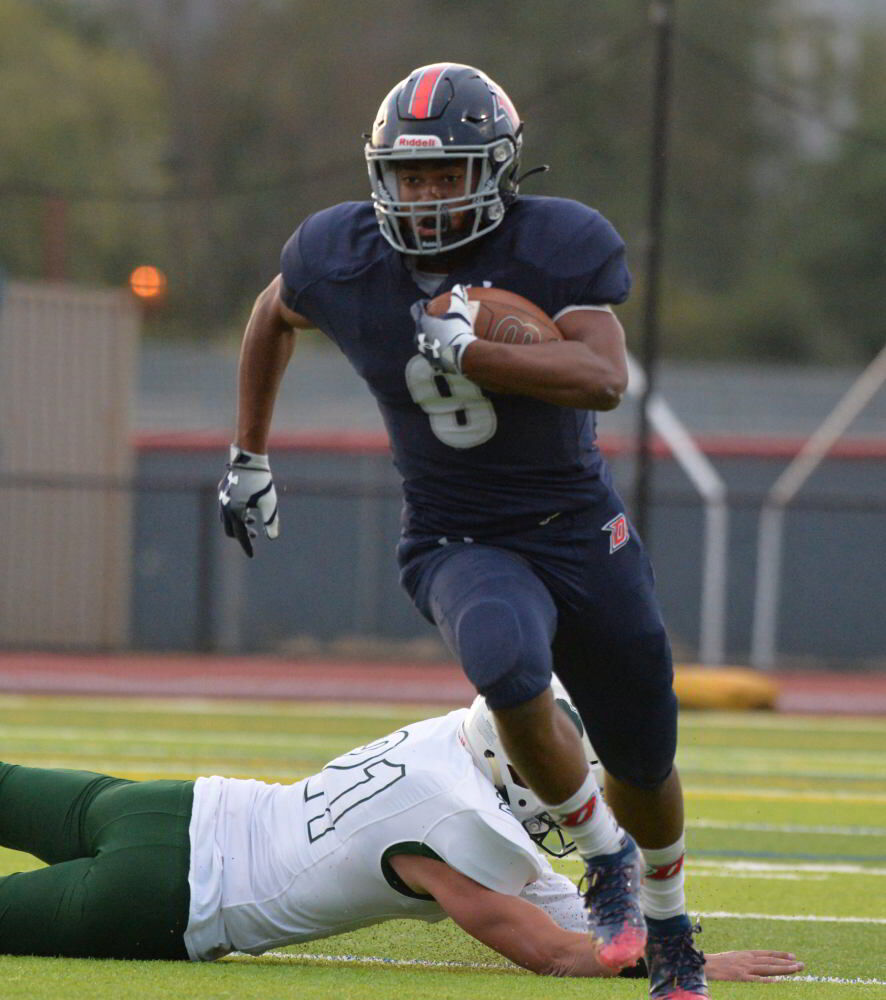 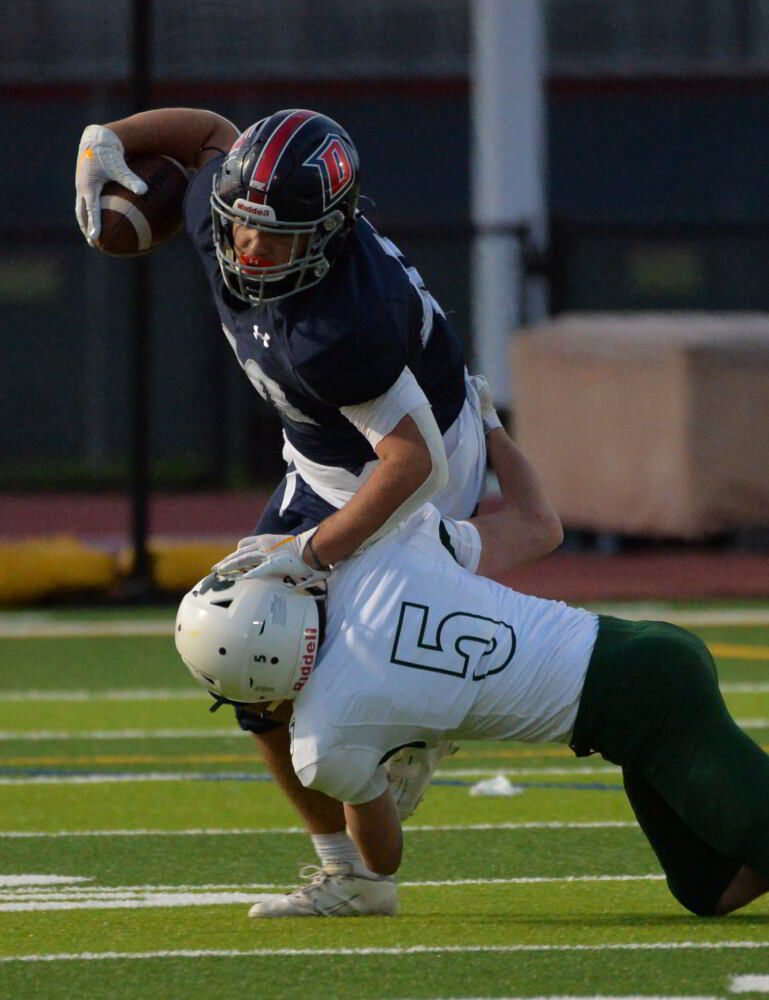 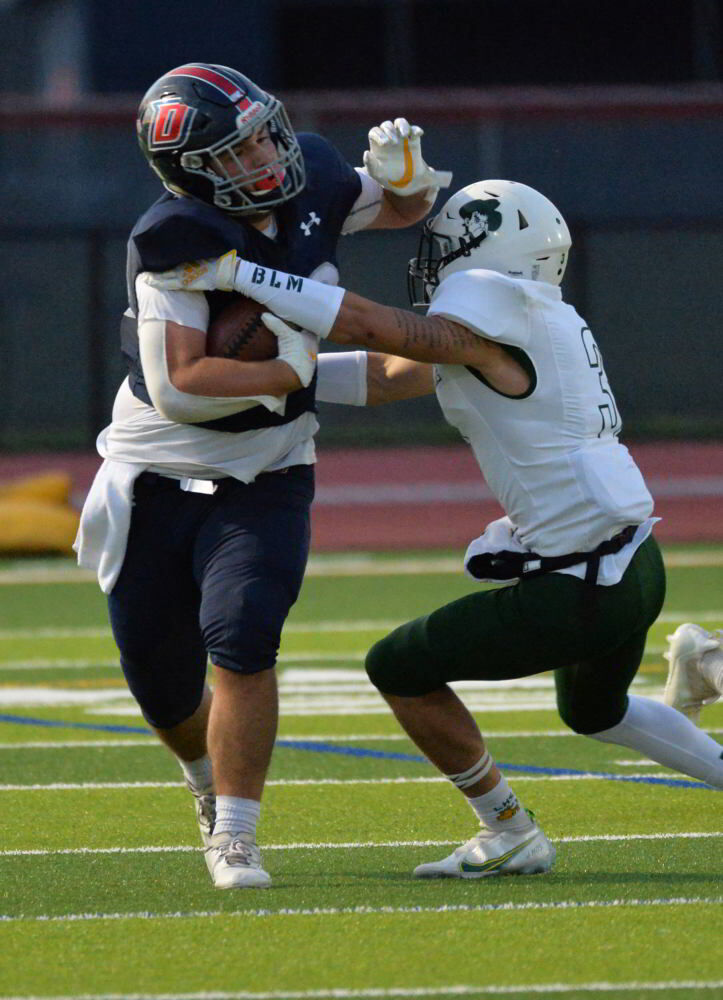 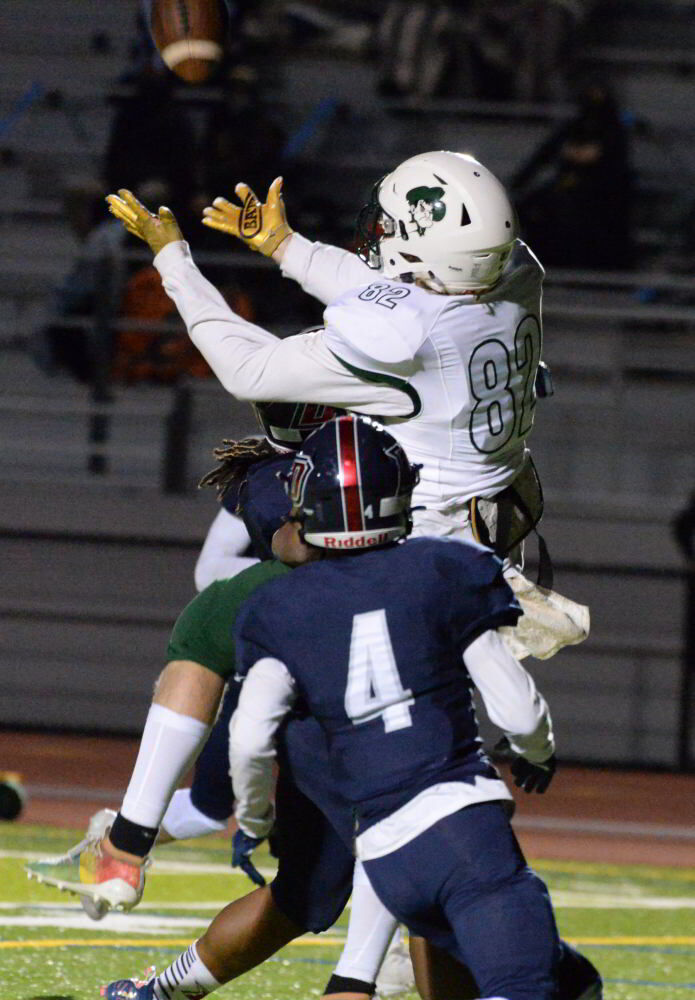 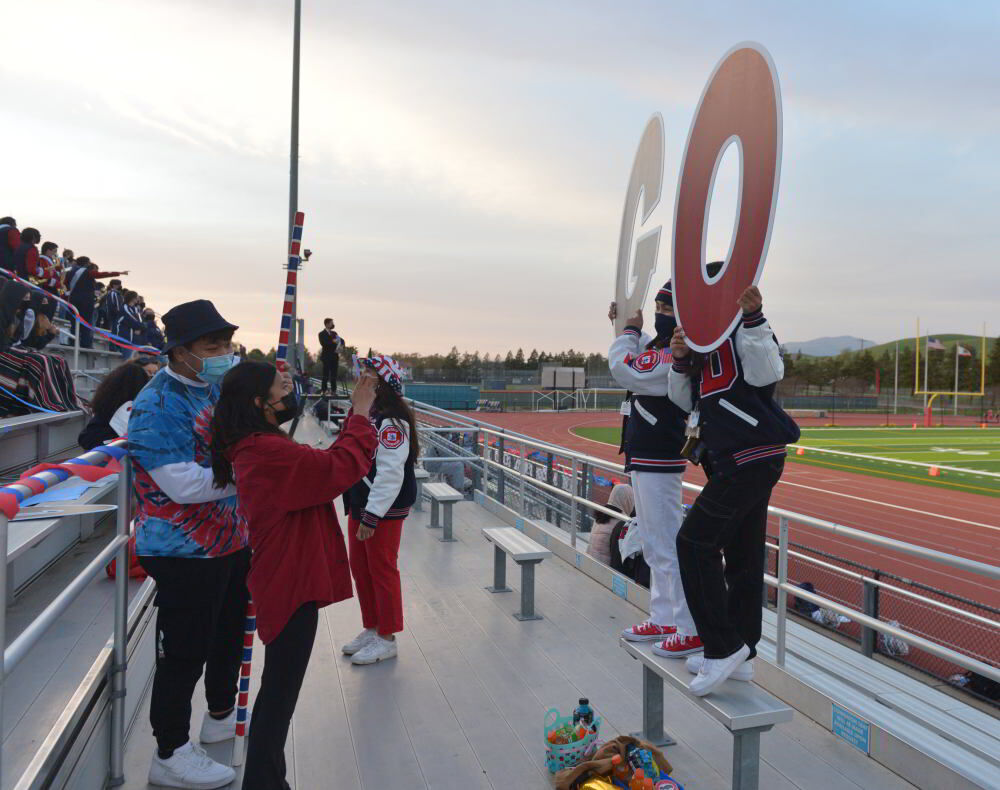 Livermore High football coach John Wade says his players are “having the time of their lives” right now, and it’s hard to argue the point.

The Cowboys remained unbeaten after a 35-14 win over host Dublin on Saturday, April 3, in the East Bay Athletic League-Valley Division. Although there is technically no league champion during an abbreviated season in COVID-19 times, Livermore (4-0, 3-0) has enjoyed a soaring season so far.

In electrifying style, dual threat senior quarterback Shaun Smith accounted for three touchdowns against the Gaels (1-3, 1-2), two passing and one running. He had a 39-yard touchdown completion and a 26-yard touchdown pass, and then he scampered 46 yards for a TD on a quarterback draw.

“Fantastic,” Livermore coach John Wade said of Smith’s effort. “His feet are so good. He can make all the throws. He threw really well.”

Livermore’s Dominic Belluomini had a season-high 121 yards on 17 carries and his first touchdown of the year. Ben Nuddleman set the tone for the victory on 26-yard TD play off a strip sack.

“I think we’re kind of finding our groove right now, playing really well in all aspects,” Wade said proudly. “Our offense is figuring out what the other team is doing and able to adjust to it, and our defense has been stellar all year. Our special teams are solid as well. We’re feeling good overall.”

The Cowboys will put their unbeaten season on the line at home against Foothill (3-1, 3-0) on Saturday, April 10. Livermore opened the season with a nail-biting 14-13 nonleague win over Foothill, so the teams match up well.

“It will be a great game,” Wade said. “Foothill has a great program. They play hard. Good kids.”

Wade said Dublin had a couple of players they were concerned about, and if the Cowboys would be in good shape if they could limit those players to one or two scores.

On defense, Livermore received a big effort from senior outside linebacker Brandon York.

“He had just an above-elite game for this league,” Wade said of York. “He was all over the place making plays with huge hits. He really had a fantastic game for us.”

For the season, Smith has passed for 388 yards and eight touchdowns and run for 215 yards and four more scores. Seniors Dylan Prusso and Dylan Cole had touchdown receptions against Dublin.

In other action, Foothill earned a 35-25 win over Granada, in which Falcons junior quarterback Nick Walsh passed for 165 yards and two touchdowns and Jayden Payne ran for 135 yards and scored two touchdowns, while Amador Valley gave a solid effort in a 20-14 loss to unbeaten Campolindo. The Cougars are ranked No. 2 in the North Coast Section Division 2 – a spot ahead of Livermore, according to maxpreps.com. Foothill is No. 6 in Division 2.