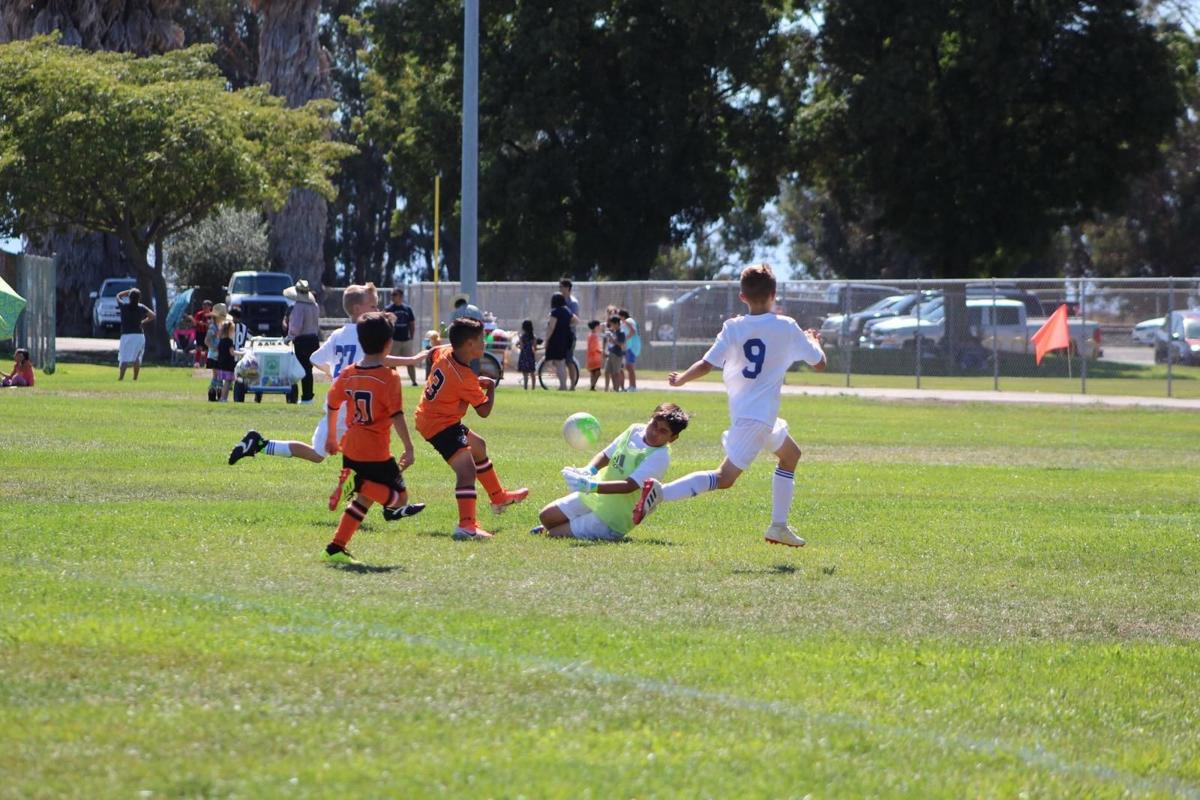 On Sept. 14, Livermore Earthquakes U10 Boys Team Rumble won their first qualifying State Cup match 8-0 against Dublin United Premier SC, with Daen Hansen, Nathan Bone and Cruz Legorreta once again leading defense with both Alex Staples and Zayden Ishak in the goal. The boys moved the ball throughout the game with consistent one touch passing, allowing for five of their rostered players to score. Rumble’s strong midfielder Dinolen Shang came away with the first goal, followed closely by center striker Tyler Plunkett, then key defender Daen Hansen from an assist by left wing Connor Shenave. To close out the first half, center Isaiah Rodriguez placed one cleanly in the net. Alex Staples, primary goal keeper, came out of the box in the second half as forward and scored twice - once with an assist from Connor Shenave. Tyler Plunkett cleared his second goal of the day with a nice assist from Cruz Legorreta. The last few minutes saw Isaiah Rodriguez closing out the match with a final goal to end the game 8-0.

The Earthquakes Avalanche 09 boys took on Ballistic United 09 boys on Sept. 7 at Christensen Field in Livermore. The first half was played with a lot of possession and outstanding defense by the Earthquakes, but Ballistic capitalized on an Earthquake pass earning the first and only goal in the first half. The Earthquakes came out in the second half strong and determined. They won a corner kick and Connor Giuliacci dribbled through the ballistic defender and delivered the ball in front of the goal to Marcus Malogan who tapped one in for Earthquakes' first goal. The next goal came from a midfield cross again from Connor Giuliacci to Yusif Khalil, who blasted a nice shot past the goalie from the outside. Then, minutes before the whistle, Santiago Gomez made a fantastic pass up to Austin who was already sprinting toward the goal and with momentum kicked in the 3rd and final goal, leaving ballistics defeated 3-1. This was a great win for Earthquakes' season opener.