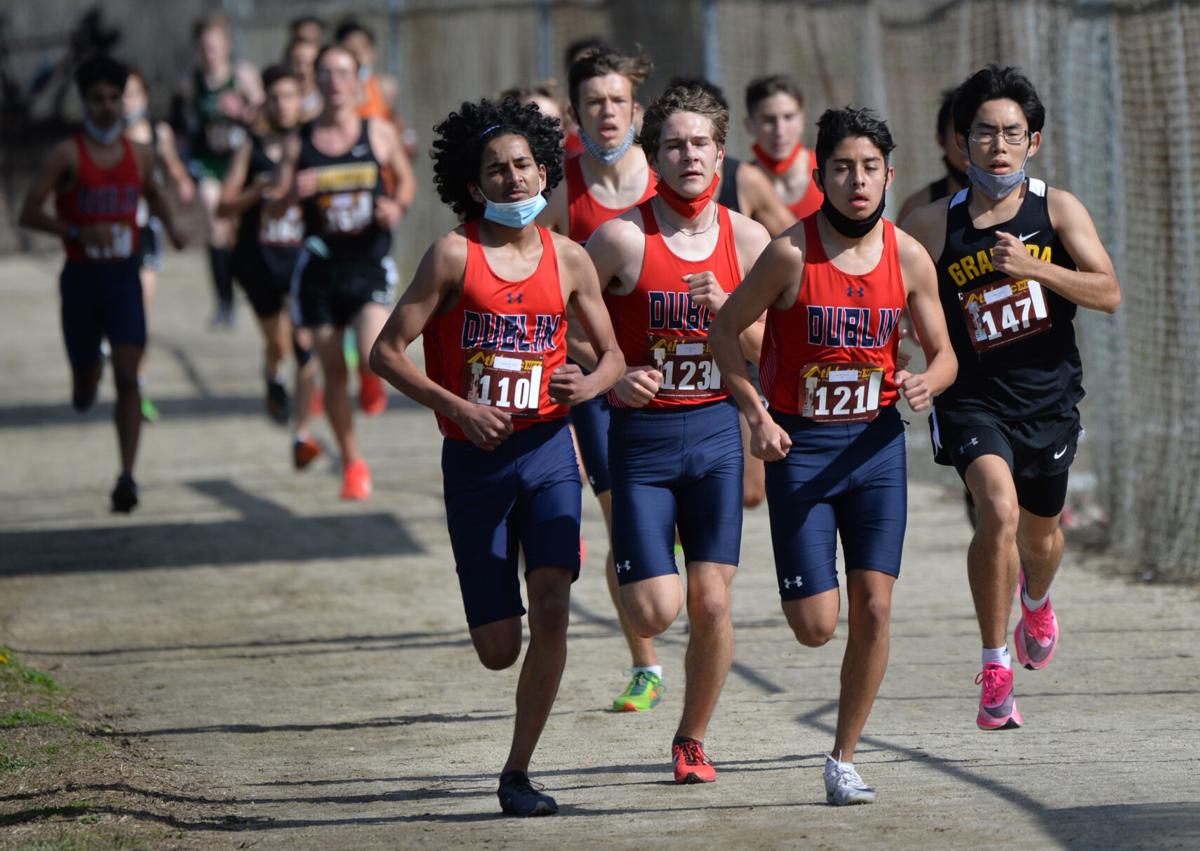 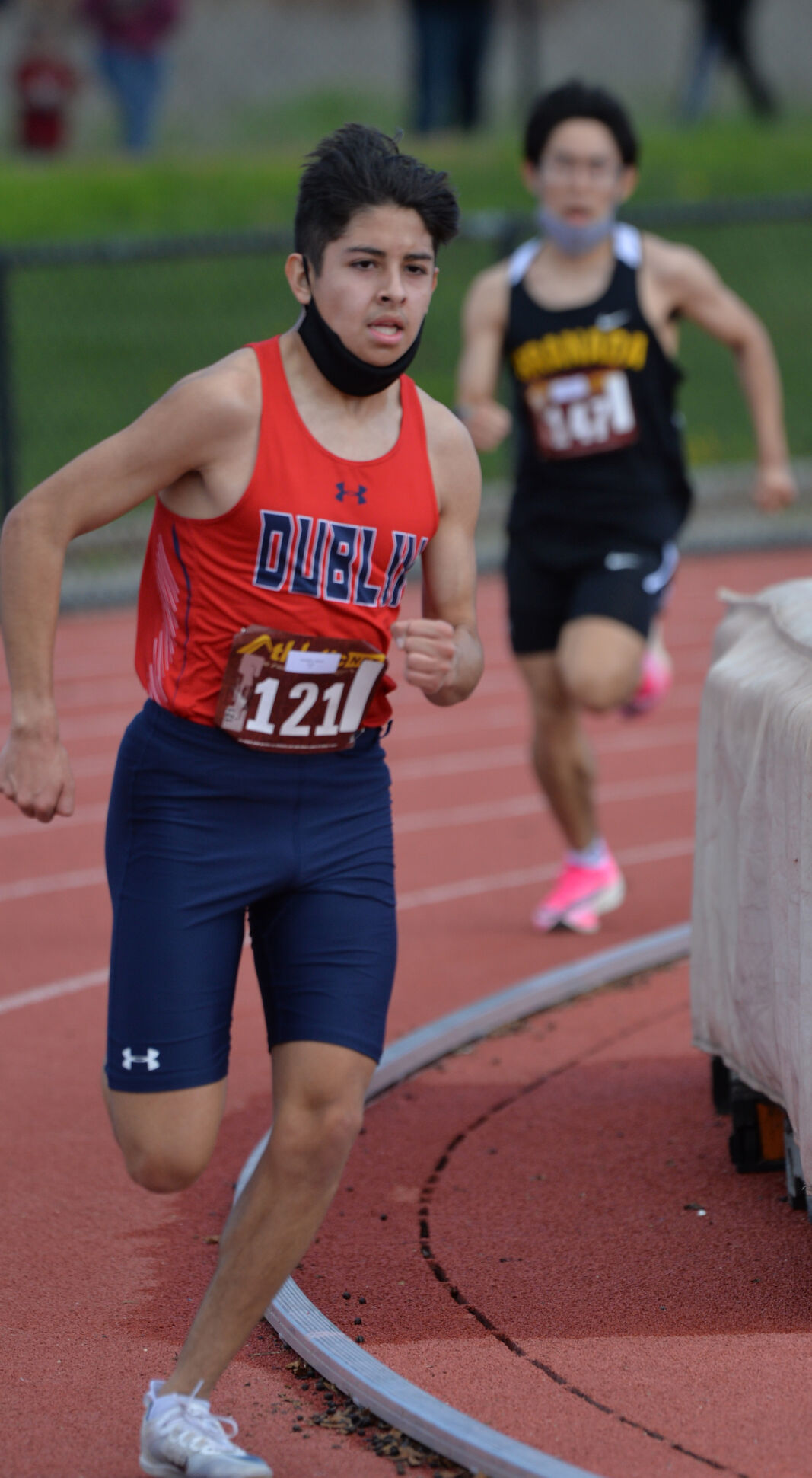 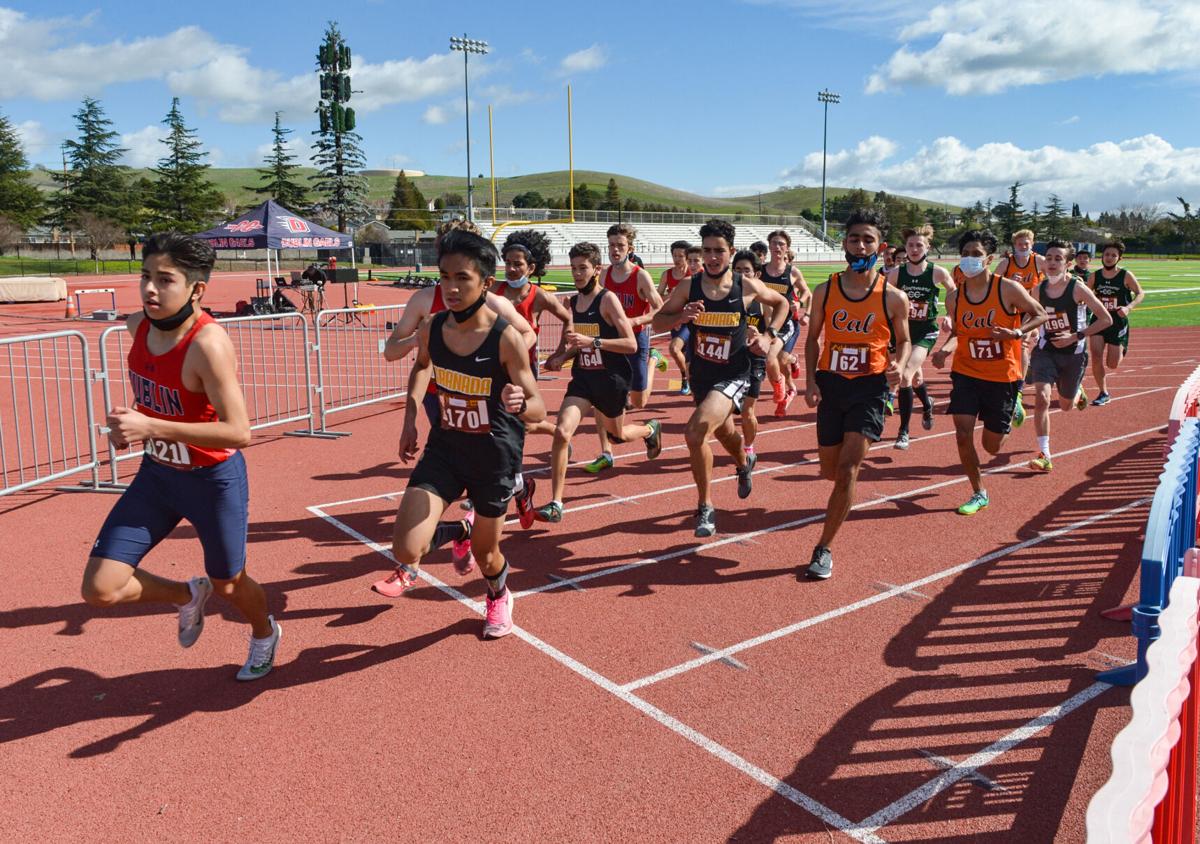 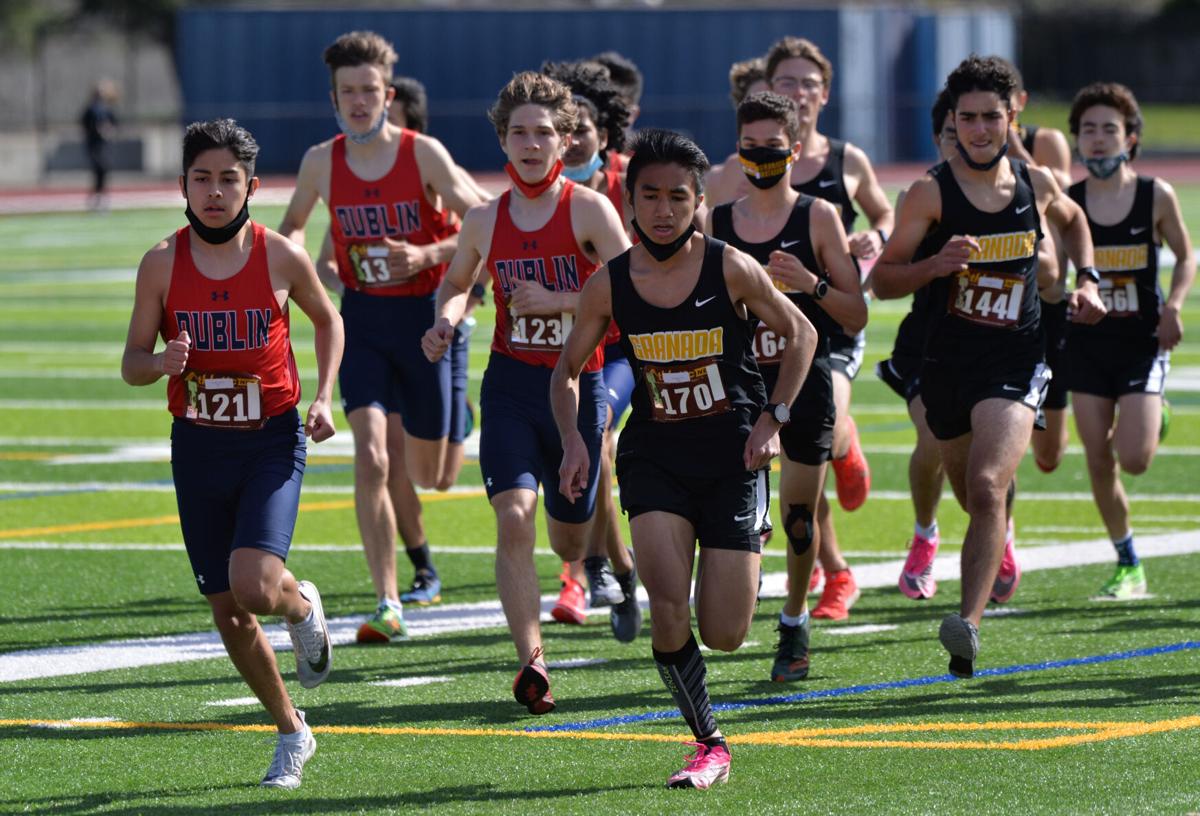 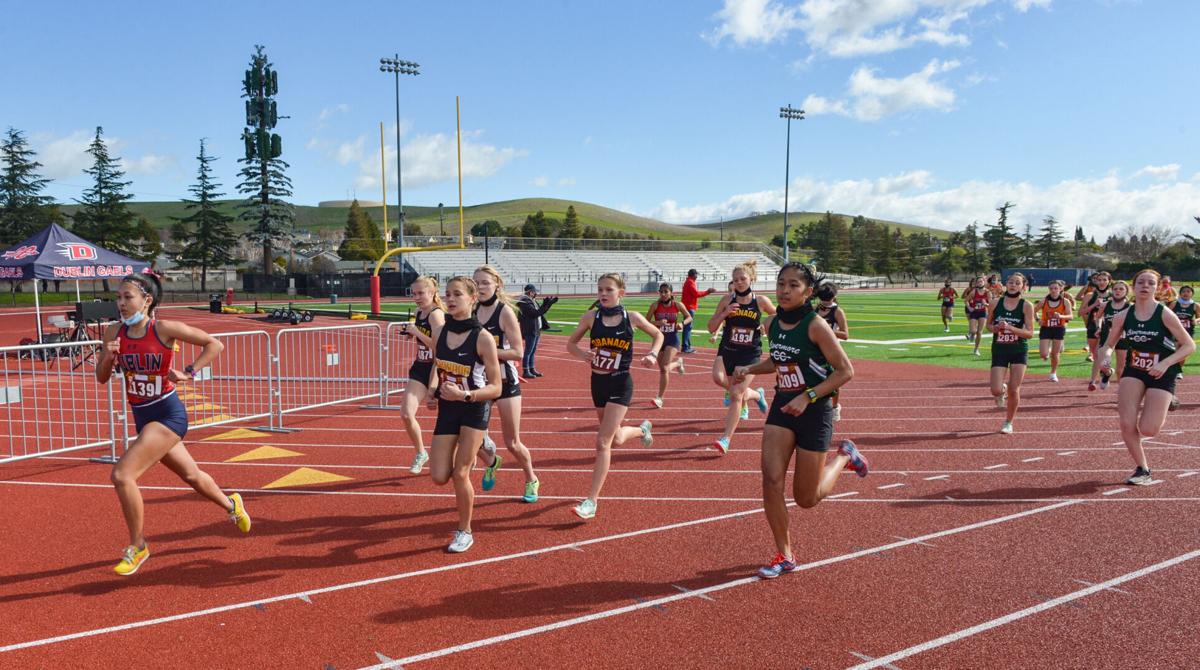 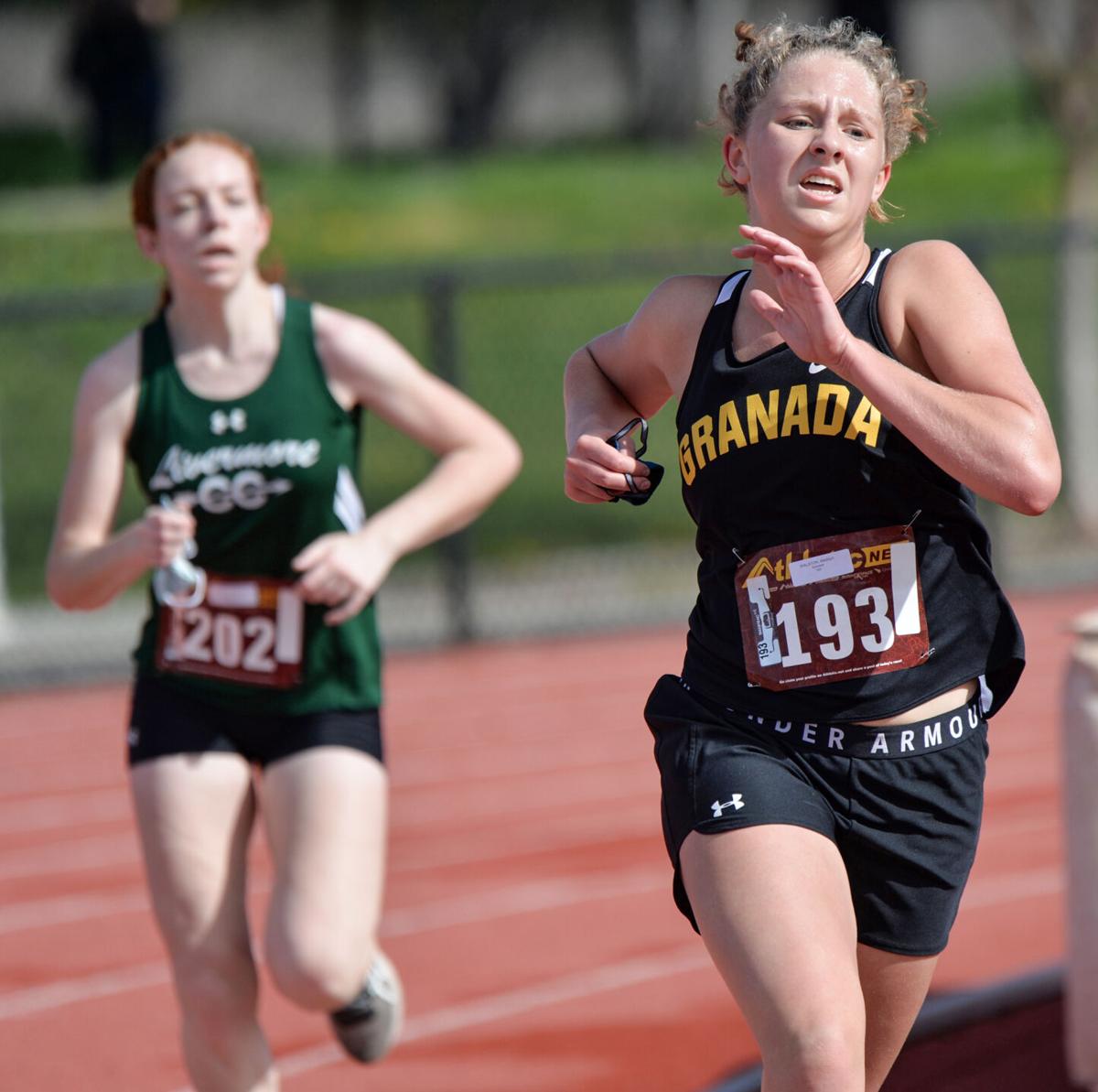 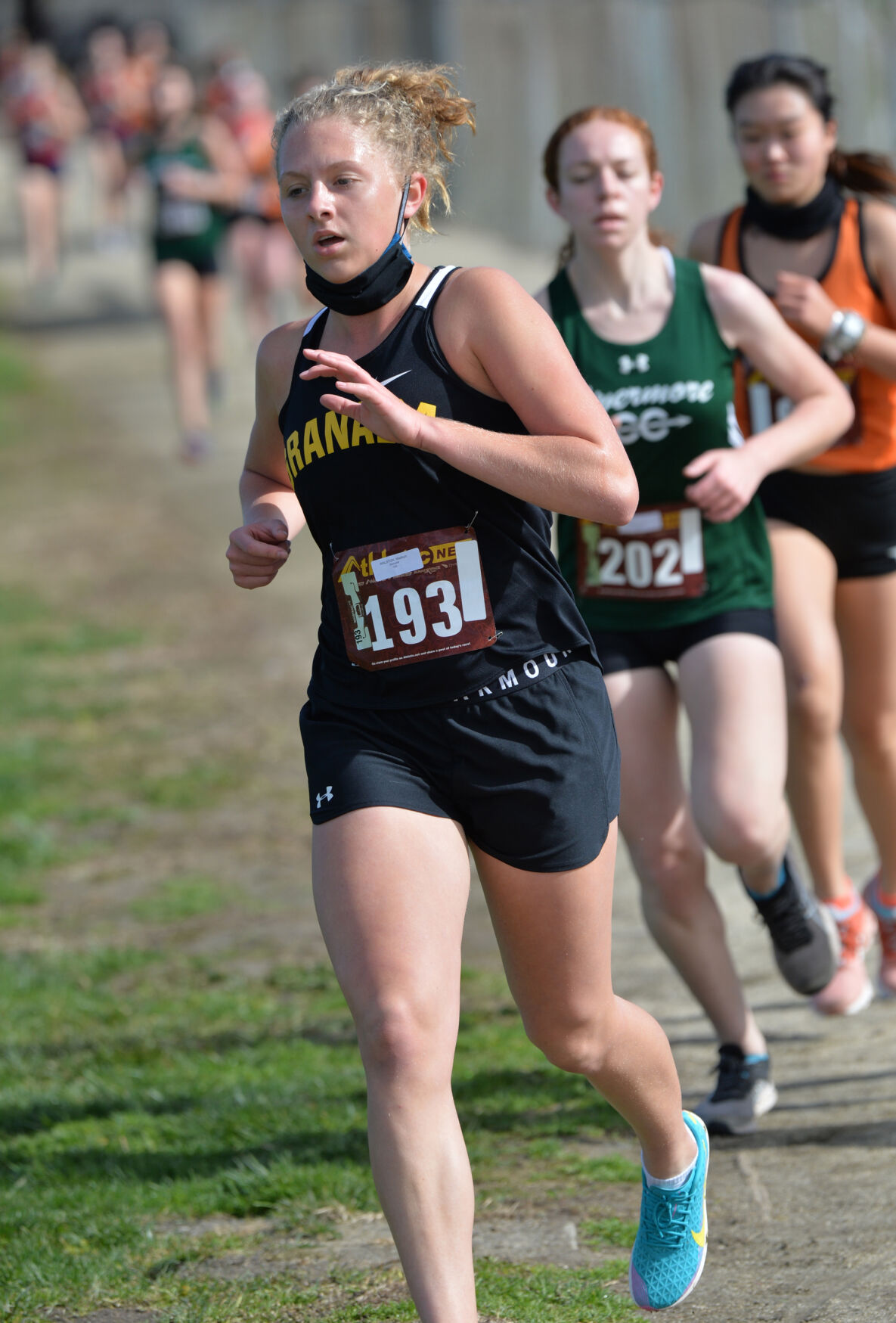 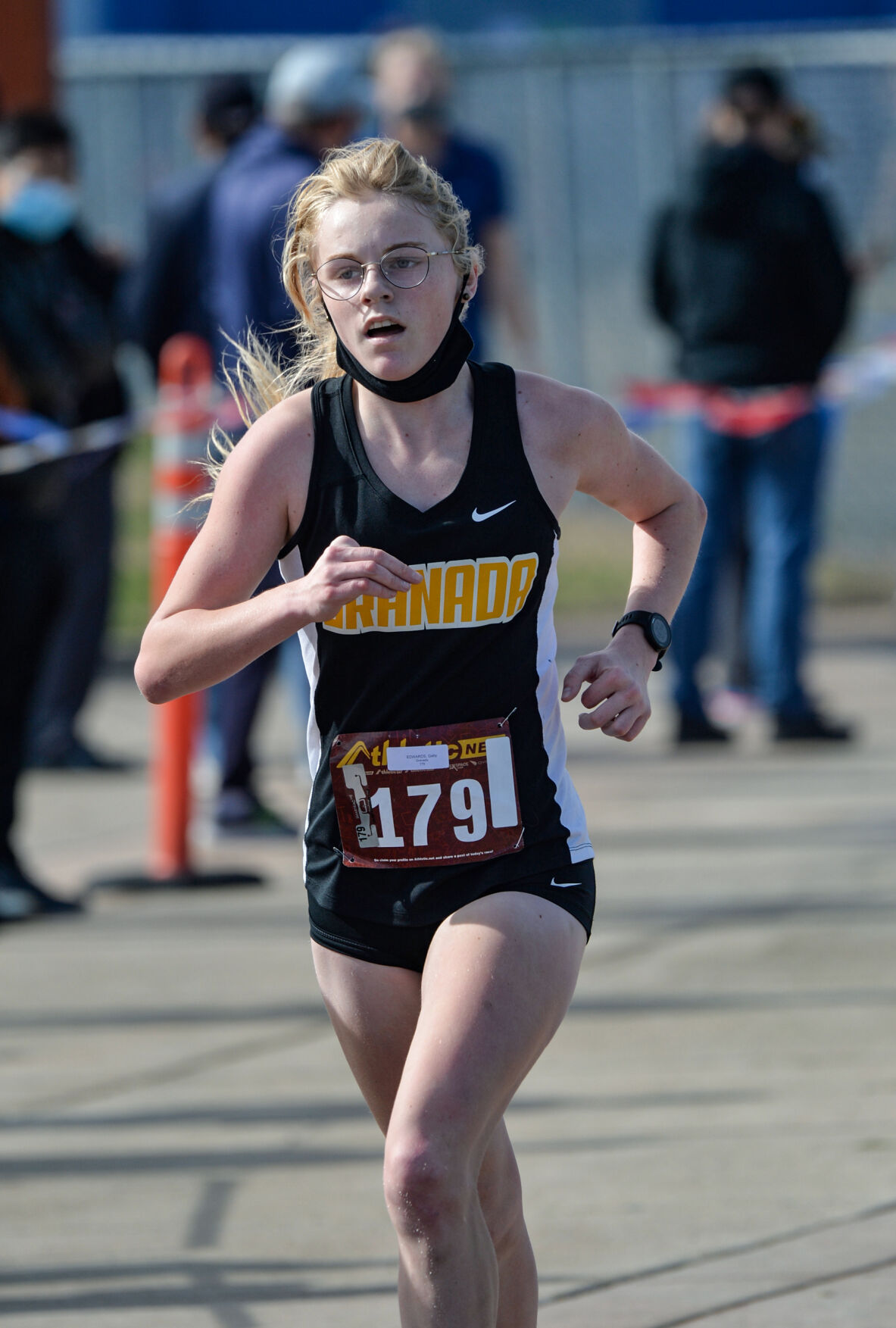 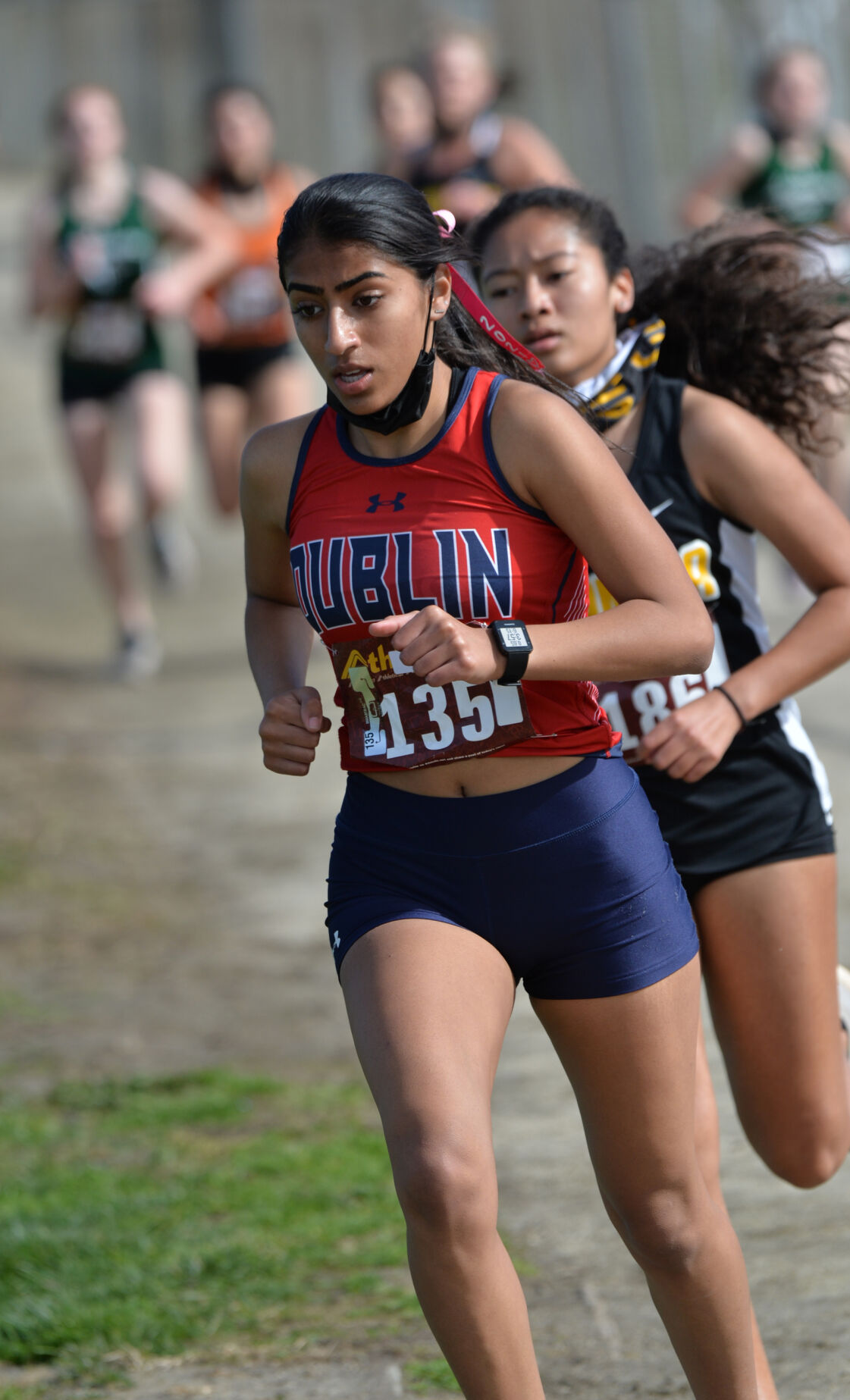 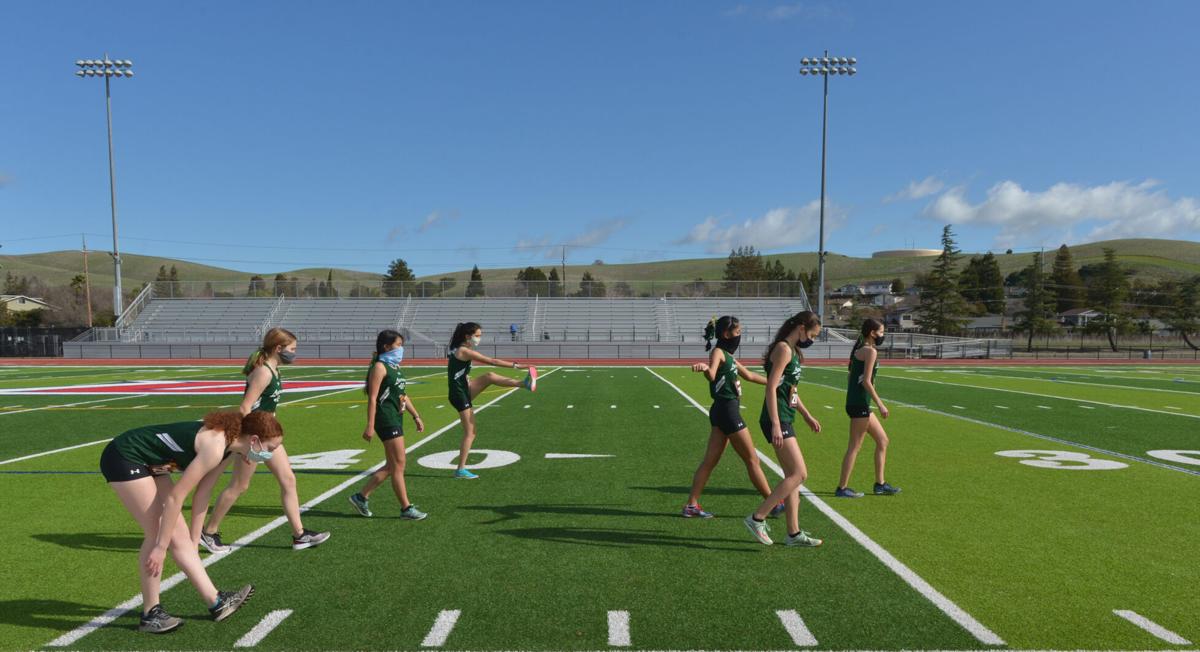 It really hit Dublin High cross-country coach Chris Williams as he watched his boys’ varsity team finishing its race Saturday afternoon from his perch in the Gaels Football Stadium bleachers.

The season had begun ... finally.

“I was sitting there (thinking) ‘Wow, we’re really racing!’” Williams said. “It was kind of an ‘awe’ moment, and I got choked up.”

Emotions ran high as Dublin hosted a meet against Granada, Livermore and California in the teams’ long-awaited first East Bay Athletic League action of the school year, to begin a modified season during the COVID-19 pandemic.

Dublin’s boys' team and Granada’s girls’ squad prevailed in the three-mile varsity races in windy conditions, but Saturday felt like a breath of fresh air for participants. It had been 11 months since Dublin runners had competed, dating back to the Dan Gabor Invitational at Amador Valley in track and field.

Teams had to follow strict rules due to the pandemic. Everyone in attendance was required to wear facial coverings, but runners could take the masks off during competition. Each team was also given an area to use as its home base, along with a designated bathroom.

“We had to remind everybody, even though the season was ‘officially’ starting, that we still had to adhere to all the protocols that we’ve been having at practice — the social distancing and stuff like that. They were super-pumped up about it,” Williams said.

Normally, cross-country starts in the fall, but this season is unlike anything Williams has experienced in his 20-year Dublin coaching career.

“Honestly, just toeing the line and being able to finally compete against other people was an amazing thing,” Williams said. “The performances also were great, but I think just overall, it was just nice to just actually race another human being that wasn’t wearing a Dublin across their chest.”

In a grand return, Dublin junior Daniel Trampe placed first in the boys’ varsity race with a personal best time on the course of 15 minutes, 14.1 seconds. He edged out Granada senior Wesley Chiba by two seconds, pulling away after the two were running shoulder-to-shoulder in the late stages. Dublin’s boys topped runner-up Granada 23-34 in a hard-fought team battle. California was a distant third with 89 points.

“(It) definitely felt good to get back out there and competing, especially against other teams,” Trampe said. “It’s nice to get out after so long of not racing.”

The girls’ race showcased a young and powerful Granada squad, as Matadors freshmen Gaby Edwards and Evelyn Ruckman-Barnes were first and second. Edwards’ winning time was an impressive 17:57.0 under the conditions, as the lone female competitor to break 18 minutes. Second-place Livermore’s duo of Angelina Guzman and Viviana Valenton were third and fourth as individuals. Maia Marquez led the third-place Gaels individually, in fifth.

The gung-ho Gaels had six boys’ runners in the top 10. Juniors Cole Turpin and Joshua Turpin finished third and fourth, and Granada sophomore Farin Soriano rounded out the top five, one spot ahead of junior teammate Jacob Bauman.

“Obviously, I think our varsity boys ran pretty well,” Williams said. “Granada’s a really good team on the guys’ side, and we performed pretty well against a very formidable opponent. To have this long layoff and to be able to produce that was pretty good. A lot of my younger kids ran really, really well.”

Runners were buffeted by 20 mph winds at times, but Trampe remained undaunted and focused on the task.

“Definitely at the start, it was a bit windy, but I just followed the race plan,” Trampe said. “I didn’t expect anything unusual to happen. I expected to take the lead early on and just maintain it, and I just did that.”

Trampe and the Gaels are looking to build on the effort.

“My teammates are very excited,” Trampe said. “Just like me, they wanted to get there and race. We’re excited to finally have some competition because for the past few months we’ve only been having time trials between just us.”