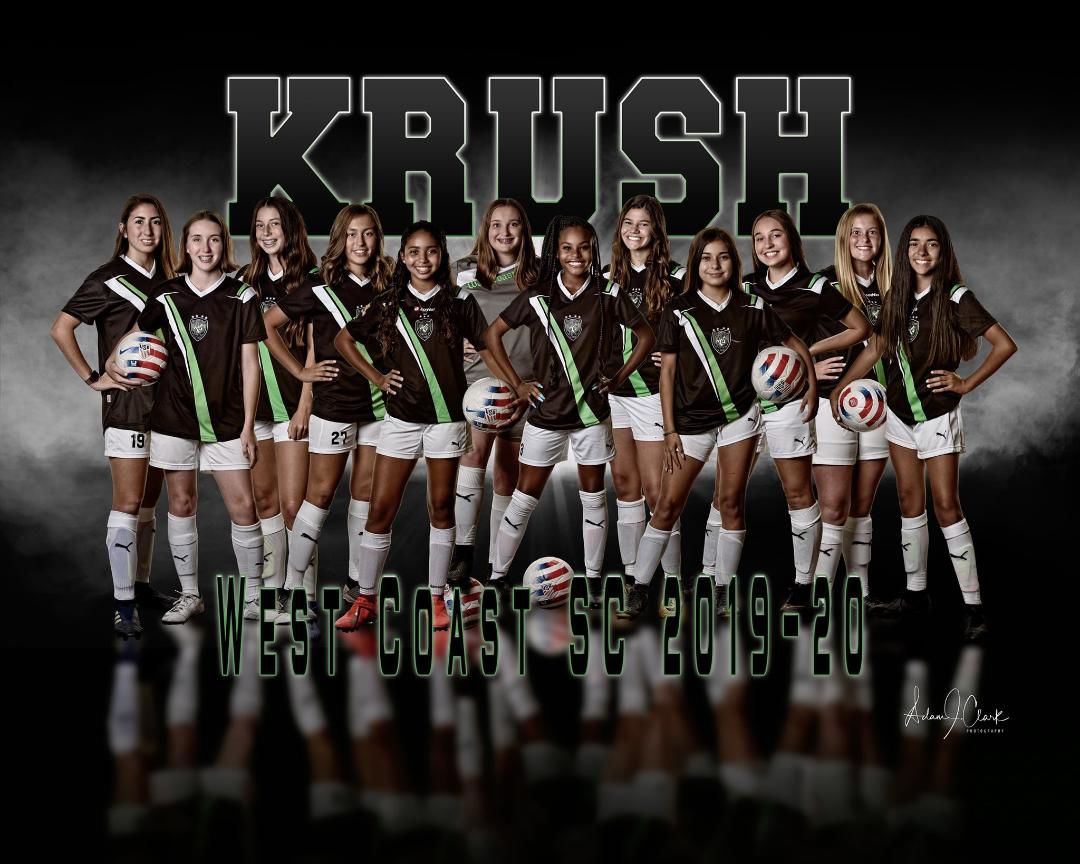 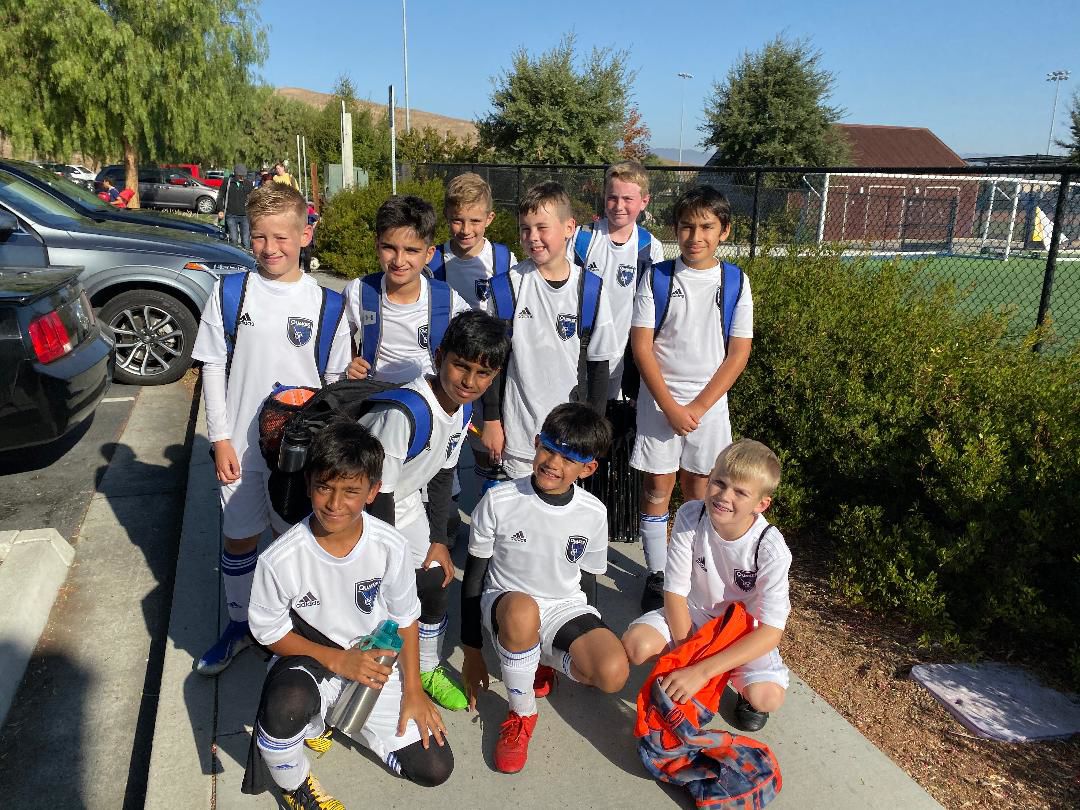 Katz continued to show their dominance and their perseverance this weekend. In league play against San Ramon, Katz managed to find themselves behind 3-1 at the start of the second half. However, they never game up and continued to fight back to a 4-4 tie. We saw great passing from Taylor Conover, Cailey Sasaki, and Natalie Miller, who managed to keep the ball in San Ramon territory through most of the first half with numerous attempted shots from the Katz. Fortunately, the Katz were finally able to sink a goal from Sydney Stephens, assisted by Addison McNeil, within the last two minutes of the first half. Second half we saw the Katz come out ready to fire, with Stephens managing to fire it in with a great pass from Karly Martins. The Katz defense, consisting of Bella Hansen, Addison McNeil, and Taylen Dayak refused to allow any shots from San Ramon, stopping them at their 3 goal lead. Amazingly, Stephens was able to head a shot right into the goal from a beautiful corner kick by Martins, helping the Katz tie the game. Unfortunately, San Ramon was able to sink another goal, but that still did not stop the Katz who continued their push towards victory. This time Martins had another corner kick opportunity that San Ramon was able to assist into their own goal. Katz tied San Ramon 4-4, but they would get their chance to face them again in the State Cup the next day. First game of the State Cup, Second Round, Katz faced San Ramon again. This time, Katz came out with full throttle. Katz unbreakable defense from Bella Hansen, Addison McNeil, and Taylen Dayak refused to allow any opportunity for San Ramon to take a shot in the box. Katz forwards Cailey Sasaki, Taylor Conover, Sophia Rodriguez, Natalie Miller, Sydney Stephens, and Alexis Zamora continued their driving dominance with shot after shot attempts. Katz midfielders Karly Martins and Delaeni Grajeda were set up every time San Ramon tried to cross the half. First half ended with no score from either team. Soon after the start of the second half, Martins was able to sink a shot made from a hand ball penalty just between the top of the box and the half field line, giving Katz a 1-0 lead. Katz defense continued their dominance and the Katz forward Karly Martins was able to score again with the assistance of Sophia Rodriguez. Katz beat San Ramon 2-0. Second game of the State Cup, Second Round, Katz faced San Carlos. We saw forward Taylor Conover try for pass after pass, with forwards Alexis Zamora, Cailey Sasaki, Sophia Rodriguez, Natalie Miller, and Sydney Stephens trying for shot after shot. Katz dominance kept the ball in San Carlos territory for most of the game. Midfielder Karly Martins was able to score again from a corner kick, this time with the assistance of San Carlos deflecting it in their own goal. Unfortunately, Katz shortly after allowed for a wide open shot from San Carlos, giving them their one and only goal of the game. Karly Martins was unstoppable though and managed to sink a goal with the assistance of Taylor Conover, and then again with the assistance from Alexis Zamora, giving the Katz a 3-1 lead. Katz defense refused to let the ball end up in home territory for even a second, thanks to Bella Hansen, Addison McNeil, and Taylen Dayak, who all managed to acquire shots on goals themselves. Delaeni Grajeda swapped places with Karly Martins at midfield and kept the defense on fire. Alexis Zamora was able to sink a goal with the assistance from Sydney Stephens and then Natalie Miller was able to end the game with a great goal from the box. Katz beat San Carlos 5-1

The West Coast Krush 04 Girls Teams closed out the 2019 Fall Season this past Saturday, 11/9, with a 4-3 victory at home in Livermore over neighboring Pleasanton Rage 04 Orange. Krush dominated the first half, scoring three unanswered goals. Krush started their scoring drive six minutes into the game when Francesca Ramos and Susan Contreras teamed up to steal the ball away from a Rage midfielder off a Rage throw in. In the end, Contreras came away with ball, crossing it Kaya Brown. Brown then sent a quick touch pass to Hailey Rodaer as she ran towards the six-yard box. Rodaer was able to get a quick shot off as she was tackled by a Rage defender. Her low shot bounced off the inside corner of the side post, past the diving goalie, into the net. Rodaer scored her second goal of the game later in the half, this time with an assist from Alexis Berlin, after Berlin intercepted a Rage goal kick. Krush went up 3-0 with three minutes remaining in the half. In another demonstration of strong teamwork. Kimmie Keller threw the ball in to Taylor Salsman, who then passed the ball up to Julia Morfin. Morfin, seeing that Contreras was open, passed the ball over to her, where Contreras fired the ball high in the corner of the net. Krush took a t 3-0 lead into halftime. Rage countered in the second half, scoring three goals of their own, eventually tying the game. Contreras put Krush back on top for good with 6 minutes remaining. Intercepting a Rage pass with a single touch, Contreras blasted a shot from well outside the 18-yard box that sailed high, just under the crossbar, into the net. Contreras second goal of the game secured the 4-3 victory for Krush. Krush finished in third place overall for the 2019 Gold League Fall Season with a 5-2-2 record. Krush continues with State Cup, Group Stage play this Sunday followed by participating in the Silver Lakes Fall College Showcase Thanksgiving.

On Sunday, 11/10, afternoon West Coast 01/02 girls traveled to Placerville to face off against Placer United 01 team in the fore-mentioned champions league matchup. In the first few minutes of the game Mia Mendoza set up Heather Tarabini who was driving to goal but would get fouled by Placer in the box. Jaden Hall stepped up take the pk and squeak it into left corner of the net putting West Coast on top 1-0 Midfields Fayth Hinojosa, Meredith Hagler, Ashleigh Ward and Kaitlin Carlton moved the ball quickly and worked hard to control the tempo of the first half. Forward Heather Tarabini would speed past Placers defenders to put the ball in the back of the net Putting West Coast up 2-0. Placer would get a goal of their own making the score 2-1 at halftime. Second half Placers offense came out firing scoring 2 goals and taking the lead 3-2. Defenders Ari Moore, Leyla Gantz, Jordan Brown, Holly Mcritchie, and Julianne Munoz led the back line to limit the damage in keeping Placers forwards from scoring further giving West Coast a chance to tie in the last few minutes of the game. West Coast forward Heather Tarabini got the ball slipped past placer defender and nailed a beautiful shot from outside the 18 yard line that hit in the top right corner of net tieing up the match at 3-3. Next up for West Coast 01/02 girls they will resume NPL Champions League play in the NPL College Showcase followed by the SilverLakes College Showcase down south over Thanksgiving weekend.

This weekend, 11/9-10, the West Coast Avalanche Earthquakes played San Ramon FC at their home field at Rancho Park. The first half started off with Avalanche owning possession of the field with several attempted shots but it took about 15 minutes before they found their flow. Connor Giuliacci battled the ball up the midfield and served Austin Aycock a nice pass who scored and put the first point on the board. Not too long after, defender Bryce Perry dribbled the ball up and scored another goal. Before the end of the half, Avi Nukala scored and brought the score up to 3-0. San Ramon came out in the second with more of a fight and would answer back with a goal of their own. That only drove the Earthquakes to fight back to secure their lead and Yusif Khalil made a pass up to Tyler Knaus who dribbled the ball passed the defender and kicked one in. They kept their momentum and possession going and scored one more additional goal by Austin who blasted a shot in from right outside of the box. This was a nice win for Earthquakes last league game.