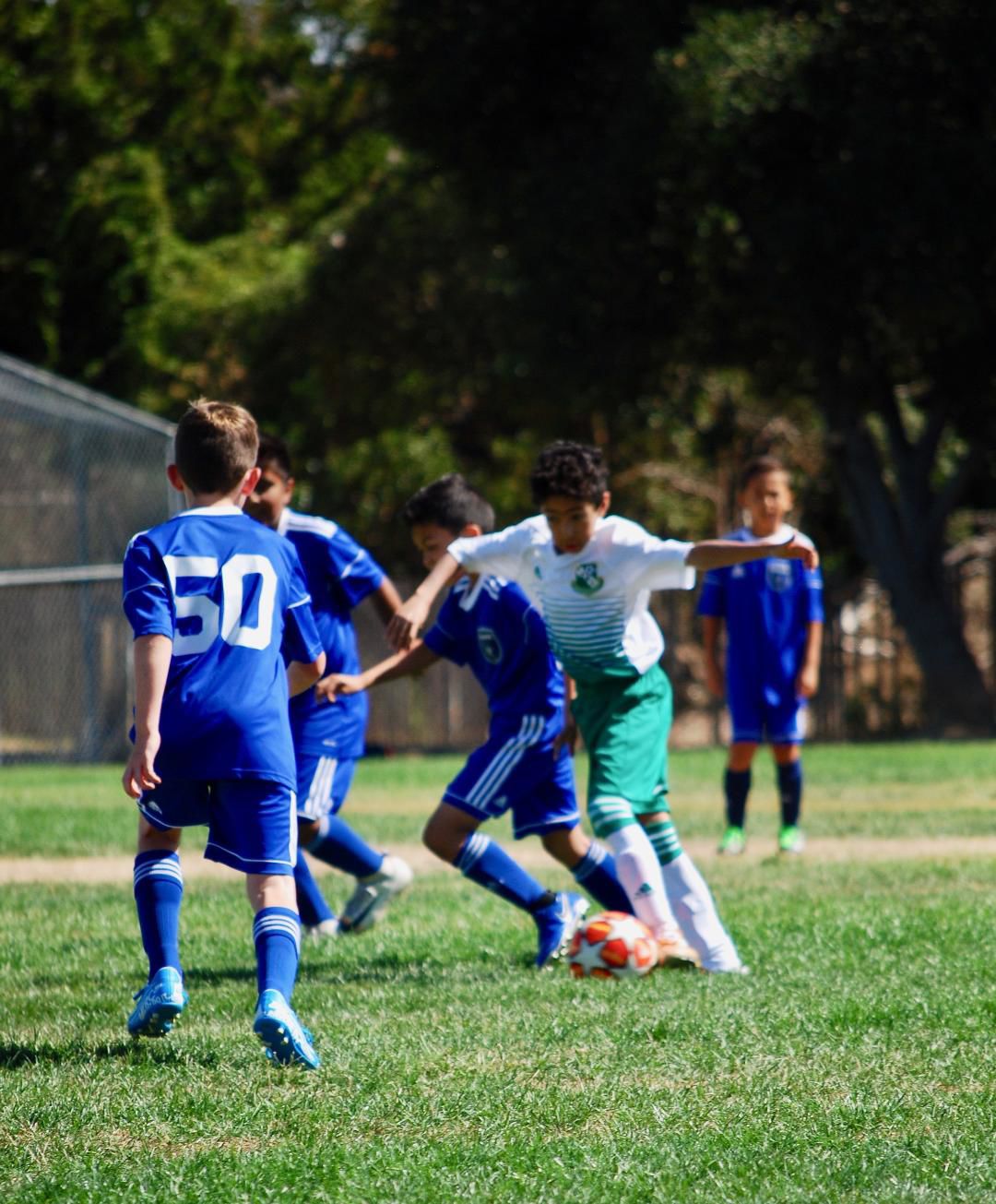 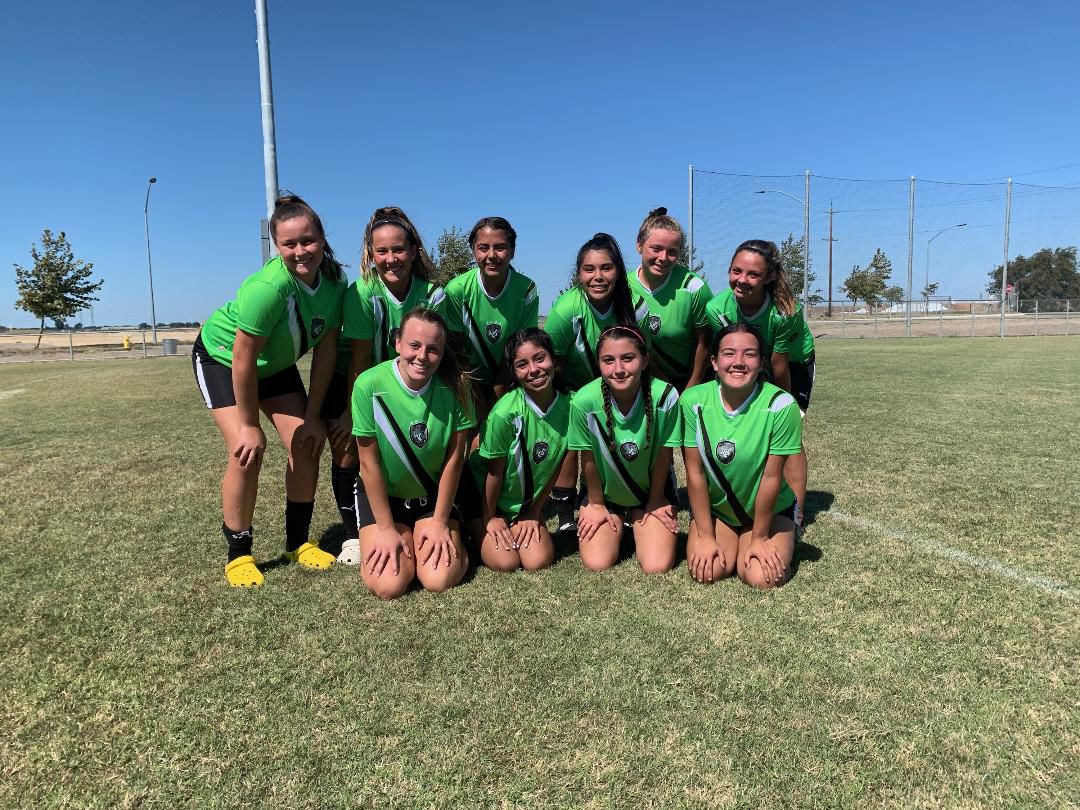 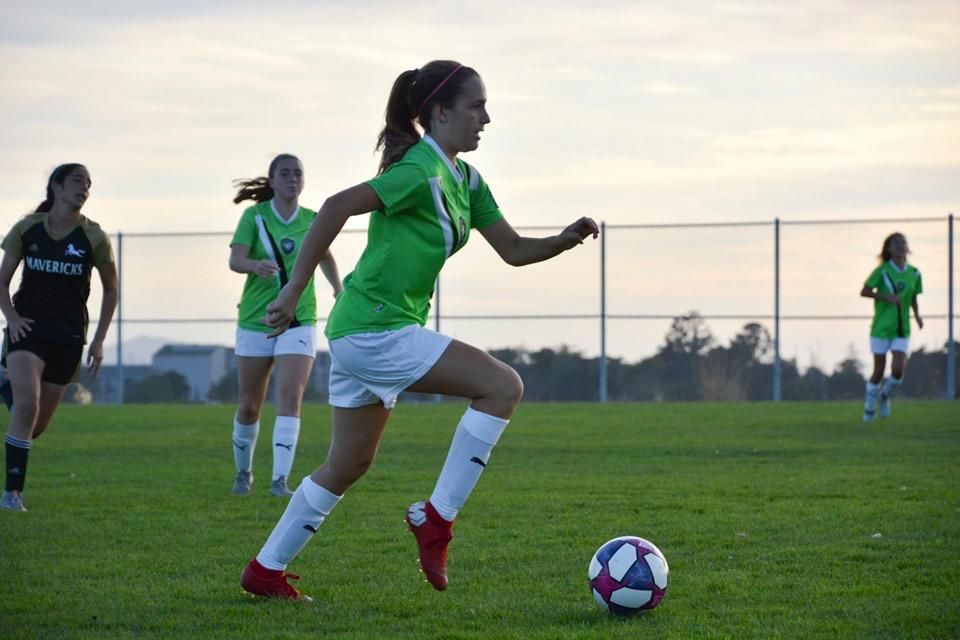 Over the past two weekends, the West Coast Earthquakes SC U10 Rumble have navigated with the guidance of coach Rob Hansen through some tough losses as well as hard-fought wins in both league games, and a round of State Cup Qualifying. Goals by Chase Wilson and Tyler Plunkett were not enough as the Earthquakes Rumble fell to Ballistic Premier 5-2. A hat trick by Connor Shenave and a goal from Isaiah Rodriguez helped the Quakes come close in a 6-4 loss to Diablo FC. West Coast Rumble got back on the win column by beating Heritage SC 4-3 with four different players scoring: Zayden Ishak, Isaiah Rodriguez, Connor Shenave and Nathan Bone. Defensively, the Rumble played strong and the midfield passing was on point with a collective effort to get the win. West Coast Earthquakes followed up with a 8-0 State Cup Qualifier win over Fusion Gold. Seven different Rumble players scored; Tyler Plunkett slotted the first goal to start off, followed closely by Chase Wilson and Rafael Zamora both with an assist from Tyler Plunkett. Isaiah Rodriguez was up next followed by two from Dinolen Shang that were assisted from AJ Staples and Nathan Bone. Finally AJ Staples with an assist from Nathan Bone and then one more for the team from Nathan Bone to end the game 8-0. The West Coast Earthquakes Rumble continue to play smart while growing their communication skills. Cruz Legorreta, Daen Hansen, Connor Shenave and Zayden Ishak all played a critical part in the team’s success with their passing, ball control and shot attempts on goal along with great hustle. AJ Staples had several amazing saves in the game action.

West Coast 2010 Klash had another amazing weekend of soccer, keeping the girls' undefeated record alive. This weekend saw every single girl on the roster scoring at least one goal. On Saturday they played a league game against Walnut Creek Surf 10G Black. Klash girls struck first with an unassisted goal from Kaylee Gilbert. Not long after Olivia Strehle took the field for the first time this season, after breaking her wrist and with bubble wrap on her cast, she scored a goal within the first minute of coming on the field. This kept the excitement going and the girls continued to score from there with an unassisted goal from Maya Boosahda and then a goal from Alivia Narducci-Chiunti with an assist from Maya. As always the strong defense from Isabella Humphrey and Tatum Conover and Kaylee Gilbert kept Walnut Creek to only one goal. Final score was 4-1. Sunday Klash played a State Cup game against Piedmont SC Highlanders in an unprecedented situation for Coach Sara Girotto where every single girl on the 9 team roster scored at least one goal. Klash dominated the entire game with a shutout, 13-0 win over Piedmont. Maya Boosahda led with 3 goals, Claudia Daniels and Viviana Martinez with 2 goals each, and then goals from Alivia Narducci-Chiunti, Ana Brewster-Portillo, Isabella Humphrey, Kaylee Gilbert, Oliva Strehle, and Tatum Conover. This was truly a team effort as every single girl had a hand in assisting and scoring, defending the ball and keeping the ball out of the goal.

The newly-formed West Coast Wave U16 girls team did not disappoint in their first game against San Pablo United Youth Lionesses. It took less than three minutes to score the first goal in their Norcal Premier League debut game held at the Legacy fields in Tracy. Lamise was the first to score as the Wave team continued their dominance with beautiful ball movement, creating a quick second goal that came two minutes later off the head by Susan Contraus from a corner kick by Lamise Basma. The Wave defense was very strong and did not let the opponent past the halfway line. The defense consisted of Ashlyn Estabrook, Alondra Torres, Alyssa LaVelle and Susan 16 with the Wave Goal keeper Riley Murray who had little to do except one crucial save to help maintain the clean sheet. West Coast midfield worked together very efficiently to distribute the ball from left to right creating many more scoring opportunities. The midfield was made up of Kaya Brown, Cassidy Hoff, Bella Iniguez, Lamise Basma Macy Kreighbaum Natalie Ruiz. The third goal was scored by Mia Mirante in the 17th minute, and in the 24th minute Mia Howard centered the ball that just needed a tap in by Natalia to get goal number 4. The Wave kept up the pressure as the final goal was scored by Thania Valencia in the 32nd minute with a low shot to the bottom right of the goal. West Coast Wave earned a 5-0 result in their first win of the 2019 season.

West Coast Soccer’s Wildkatz 05 Girls began 2019-2020 NorCal State Cup play with a match against Mavericks 05 in Berkeley. Wildkatz dominated play from the first whistle and had several shots on goal before Kamiryn Grimes found the back of the net putting WildKatz on the board early. A foul by Mavericks allowed Madison Reid to take the free kick, Reid sent the ball over the Mavericks' defenders and skipped past the keeper into the goal. Wildkatz weren’t done scoring in the first half, yet Zusette Zamora made some swift moves bursting past the mavericks outside back and smashed a booming shot up and over the Gk ending the first half with Wildkatz leading 3-0. Miette Sessoms used her power and speed to get the second half started with a dribble down the sideline and a beautiful shot into the back of the net. Wildkatz continued to keep Mavericks from getting any shots on goal and Savannah Cordero widened Wildkatz lead to five with a shot past the keeper. Jayden King got the next goal with a laser shot on an assist by Miette Sessoms. With just minutes left in play, Zamora sealed the 7-0 win for Wildkatz with a header into the net from a corner kick.

The West Coast Magnitude 09 boys faced off against the Dublin United Elite. Earthquakes traveled to Fallon Sports Complex to face Dublin Elite at their home field. The Earthquakes came out strong and dominated the game. On offense, Cruz Smith made the first goal with Zachary Dimas next to score. Brian Oliveira put up two goals. Thanks to the first half defense of goalie Gianni Brewster and Carter West, Dublin was denied any opportunity to score. Matthew Kilkenny served as goalie for the 2nd half. Thomas Roetto scored with an assist from Carter West. Thomas totaled two goals for the game as did Carter West. Gianni Brewster added to the final score of 9-0. Sunday, Dublin traveled to Christensen to face team Magnitude for their state cup game. Once again team Magnitude was victorious dominating the game. Thomas Roetto, Chase Wilson, Cruz Legorreta, Cruz Smith and AJ Staples all scored. Only two goals were allowed by the defense, making the final score 7-2 and giving team Magnitude its first State Cup win.

On a Sept. 22, at Legacy fields in Tracy, West Coast 01 played their first State Cup match of the season against a very physical Cal Magic 01 team from Orinda. During the first half West Coast 01 scored five goals which included a hat trick from Ashleigh Ward plus a West Coast pressured own goal by Cal Magic and a final goal from Caitlyn Garrison. Jaden Hall, Heather Tarabini, Mia Mendoza and Caitlin Garrison steered the offense with great speed and beautiful crosses, setting up Ashleigh to find the back of the net all 3 times. Defenders Fayth Hinojosa, Ari Moore, Jordan Brown and Leyla Gantz played phenomenal defense while making numerous runs to keep Cal Magic scoreless throughout the first half. West Coasts midfielders Precious Martinez, Meredith Hagler, Isabel Mello and Kaitlin Carlton worked hard to keep the ball in play while distributing the ball well and taking shots on goal. Second half Cal Magic came out very strong but the speed from West Coasts 01 defenders Holly Mcritchie, Julianne Munoz, Lindsay Plant, Leyla Gantz, Fayth Hinojosa and Ari Moore held Magic to only a few shots on goal. Both West Coasts goalies Lia Bedford and Tori Morfin had a shut out in each half.

“This was a beautiful team performance from all 18 players,” said West Coast Coach Troy Dayak. The total team effort resulted in a 5-0 shutout victory in State Cup Group play. Next up for West Coast 01 they will be competing in the Surf Cup Champions Cup in Manteca next weekend.