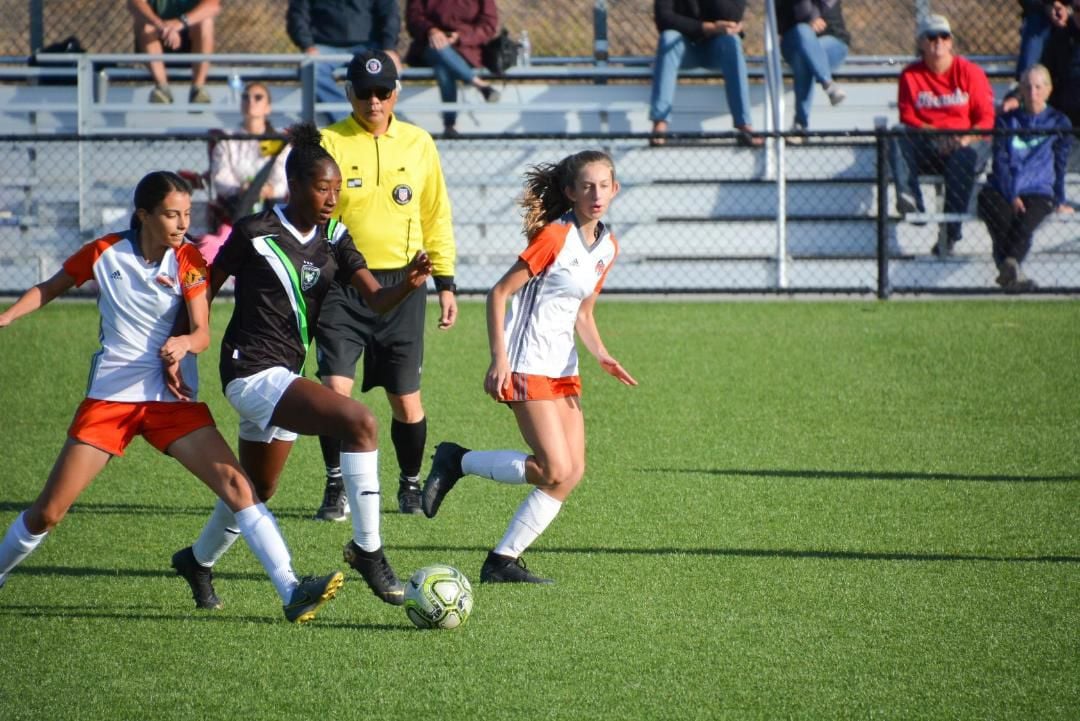 West Coast Soccer U15 npl Wildkatz girls are on a roll. 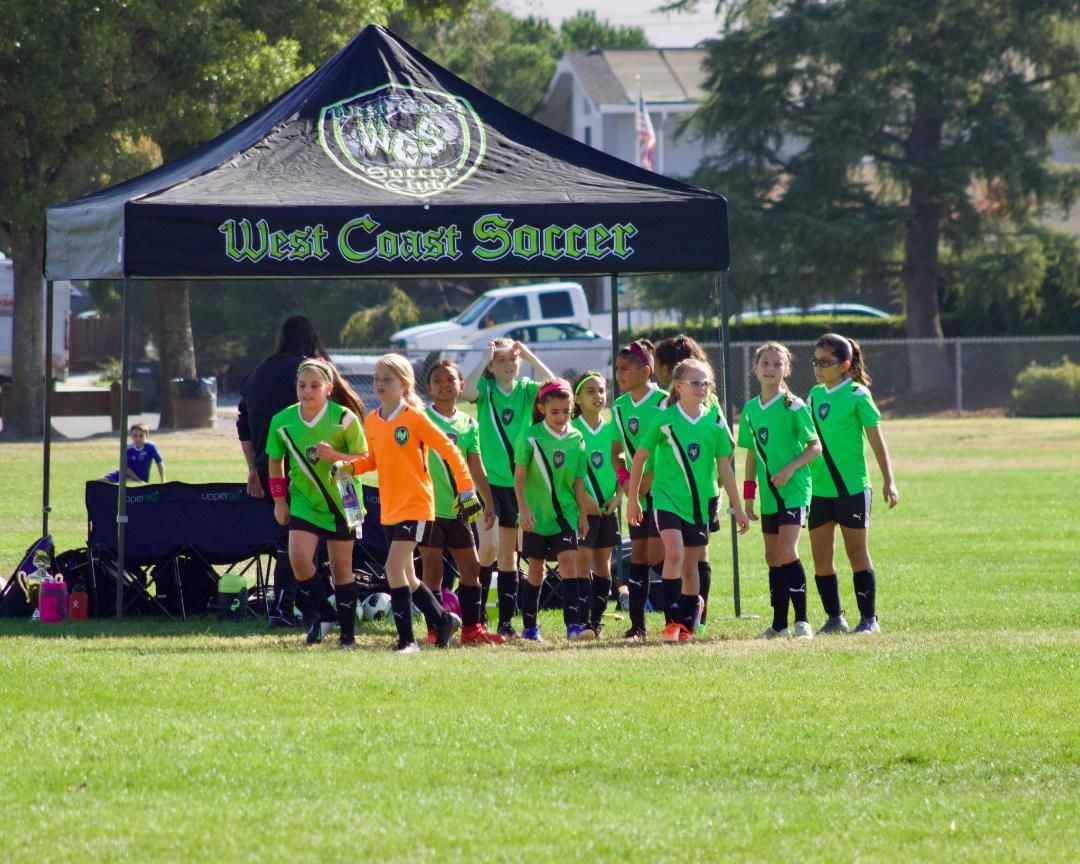 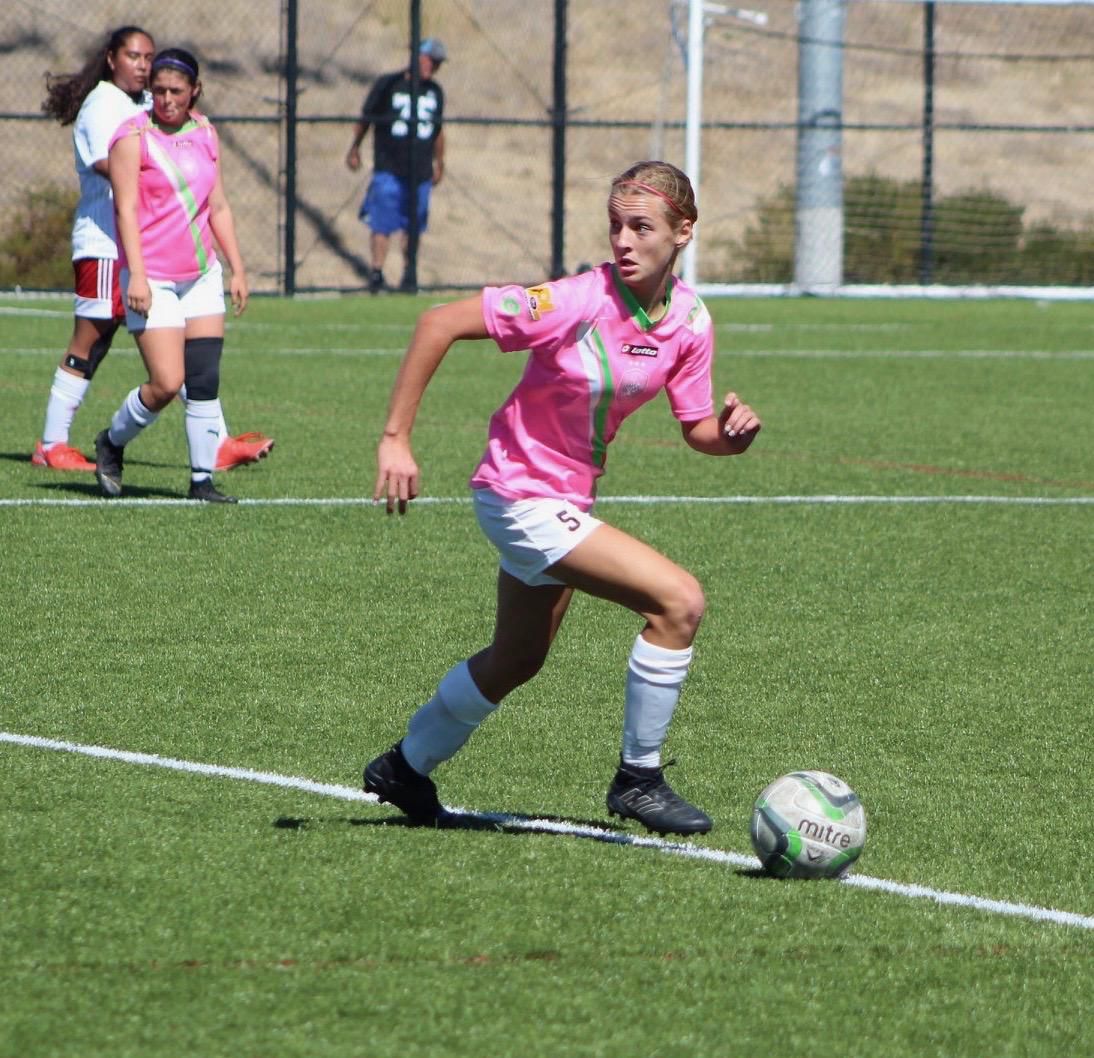 West Coast Soccer U15 npl Wildkatz girls are on a roll.

West Coast Soccer Club’s 05 girls team Wildkatz went undefeated against Rage’s top two U15 girls team. Wildkatz continued with NorCal NPL Champions League play with a match against Pleasanton Rage 05 ECNL on Oct. 6. Rage came out fast and slipped the ball past Wildkatz defense and keeper to take the lead early in the match. Wildkatz quickly answered with a goal of their own as Niella Seesoms sent a pass to Zusette Zamora and Zamora sent the ball over the Rage keeper and into the net to even the score 1-1. Wildkatz defense shut down Rage attacks limiting them to only a two shots on goal. Wildkatz offense continued to dominate play and created ten shots on goal, but could not find the net and the match would end in a 1-1 draw. On Oct. 13, Wildkatz would meet Pleasanton Rage’s 05 Premier team for their next NorCal State Cup ‘Group Stage’ match. Wildkatz dominated play from the first whistle and would be the first to score on a laser kick from Jayden King with an assist from Zusette Zamora. After an unlucky bounce past Wildkatz keeper, Rage would equalize the score at 1-1. Kamiryn Grimes gave Wildkatz the lead as she sent the ball over the head of Rage’s keeper on a beautiful shot. The half would end with a 2-1 Wildkatz lead. Minutes into the second half, Zamora dribbled the ball past a swarm of Rage defenders and then placed the ball past Rage’s keeper to make the soccer 3-1 Wildkatz, Jasmine Staples just coming back from a long time out due to injury solidified Wildkatz win as she wove the ball past Rage’s defenders and then slipped the ball into the corner of the net.

“I’m very excited how we played against two good opponents. We are getting players healthy who have been out for some time now and our team is looking very strong,” said coach Dayak. Next up for Wildkatz is the continuation of NPL play with a match in Clovis against Cal Odyssey Oct.19, and then their final match in the Group State of NorCal State Cup play as they meet Marin FC in Livermore on Oct. 20. West Coast Soccer Kamaria Hughes played outstanding ly, sprinting past Rage defenders on several occasions.

On Oct. 12, the West Coast Wolfpack 09 Girls played against the Mavericks 09G black at Christiansen Park in Livermore. Wolfpack had a 5-0 shutout win. The back line was dominated by defenders Janaya Reser, Alaina Briones, and Taylor Caoili. Peyton Stark and Yasmin Karchercommanded the midfield breaking up the opponent’s attacks. Front line strikers Kendall Coates and Megan Silva made several attempts on goal. Makenna Loder started things off scoring early in the first half. Driving the ball from the back of the field, Taylor Caoili was unstoppable and scored twice. Alaina Briones converted a penalty to another goal. Sophia Daniels went on the attack with a beautiful shot into the back of the net. Wolfpack had exceptionally good goalkeeping by Ashley Browning and Makenna Loder with six saves total, and Maya Boosahda helped reinforce the team 5-0 victory.

On Oct. 13, the West Coast Wolfpack 09 Girls played against the 09G EBU East Bay Oaks Gold at Alameda Point Soccer Field Alameda. Wolfpack won 4-1. Starting things off, Kendall Coates scored a goal from her attacking position. Peyton Stark and Yasmin Karcher dominated the middle of the field controlling the tempo of the game. Sophia Daniels and Makenna Loder played forward positions and were creating many shots. Bay Oaks Gold started the second half with a goal but Ashley Browning answered quickly, scoring one for Wolfpack, and WCS was able to make another goal during a corner kick. Wolfpack’s defense Alaina Briones, Janaya Reser and Taylor Caoili controlled much of the game while Kendall Coates finished the game scoring again. Wolfpacks had amazing goalkeeping from Ashley Browning and Megan Silva. For more information about the West Coast Wolfpack 09 Girls visit www.westcoastsoccerclub.com.

West Coast Wicked 04 Girls continued with state cup play this past weekend hosting a familiar opponent in Mavericks SC. West Coast boasts a 2-0 record in past meetings between the two teams. The Wicked showed great ball movement throughout, the team completely controlling the tempo and possession of play. Adrianna Martins received a pass, took a great first touch and launched a 35-yard shot that ricocheted in the upper left corner of the goal. West Coast went into halftime with the 1-0 lead. The second half showed continued confidence on the ball as Indiana Stoneberger, Allyson Thompson, Andrea Castillo, MaryJane Anzo and Sabrina Rogers connected passes to midfielders Miranda Velle, Makeila Yancey, Alexi Ochoa and Madison Herrera. Offensive attackers Aryana Jones, Ella Ferrick and Zousette Zamora for West Coast began to wear down the Mavericks defense as forward Kaya Scott injected fresh energy into the game, and the Wicked team began to exploit the Mavericks back line. Scott assisted with two Gualco scores in the 2nd half to give the girls a 3-0 lead. Gualco has been on a scoring rampage, notching 8 goals in the last three games. Veteran player Mikaela Yancey controlled the tempo of the second half and defender Sabrina Rogers led the back line in keeping the Mavericks forwards off the board to give West Coast Soccer a 3-0 victory.

“The girls did well controlling this game. Our opponent has seen us a couple times recently so they really packed it in trying to keep it close; we knew that we would eventually wear them down and we did,” said Coach Dayak. Next up, West Coast Wicked plays their final State Cup first round group play game verses San Ramon FC.