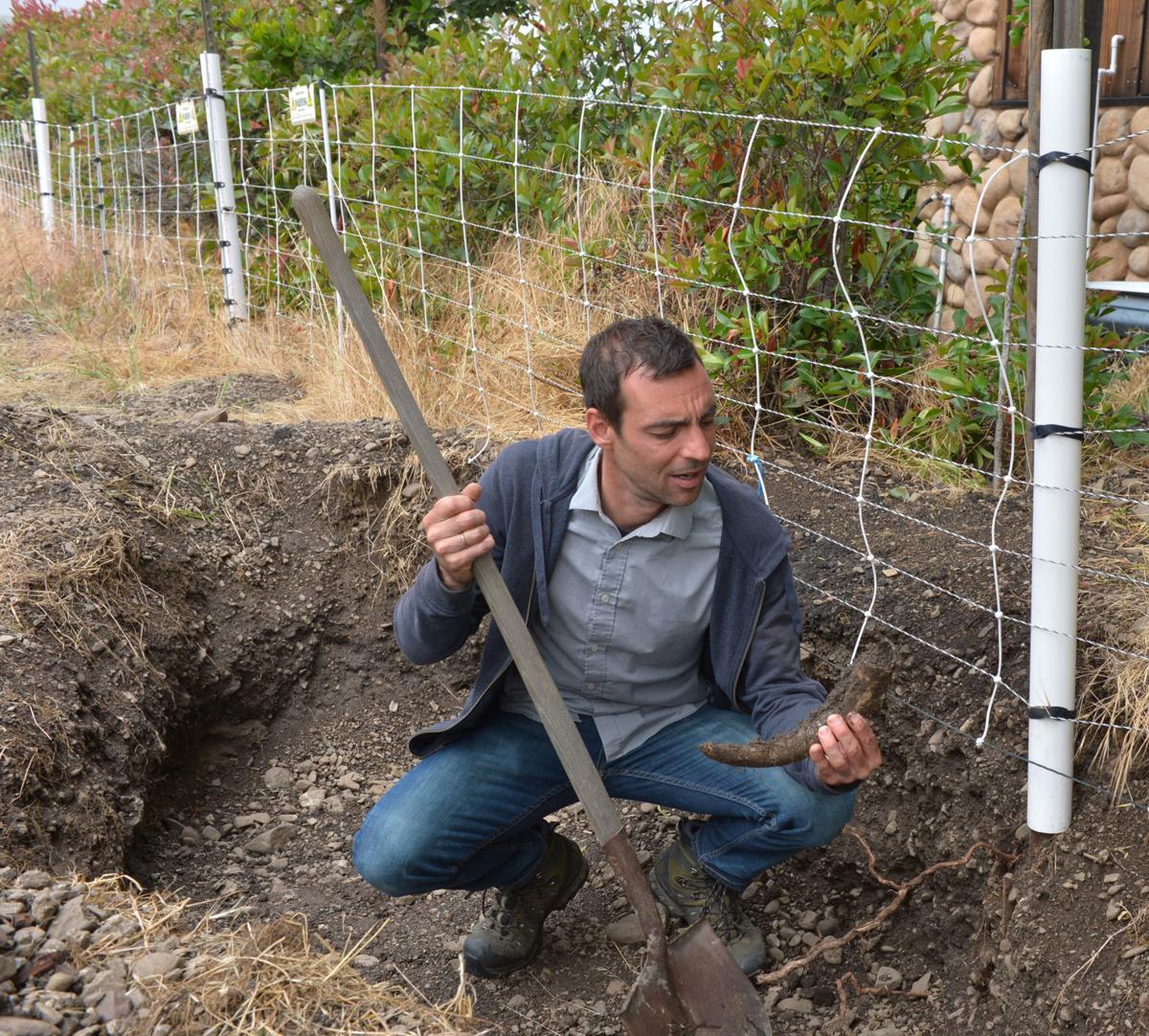 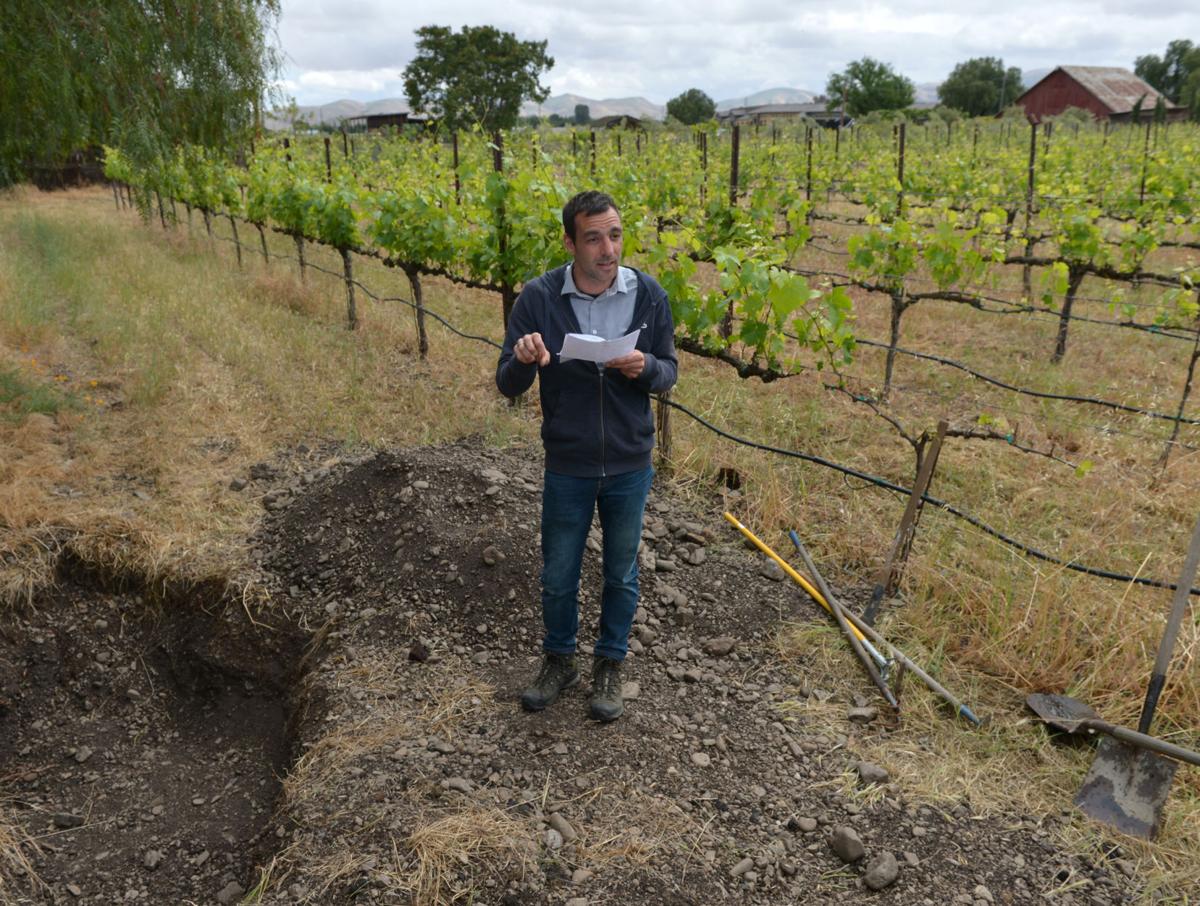 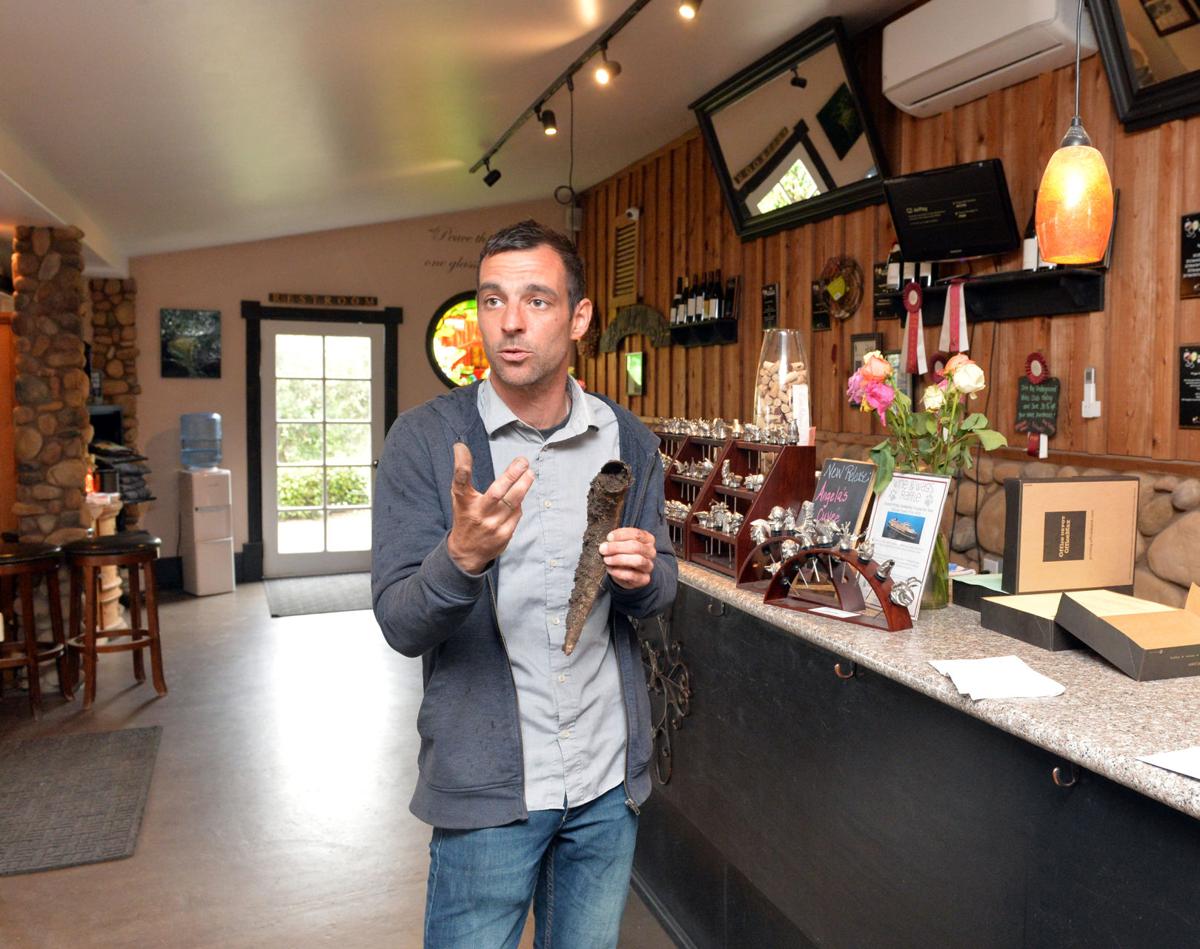 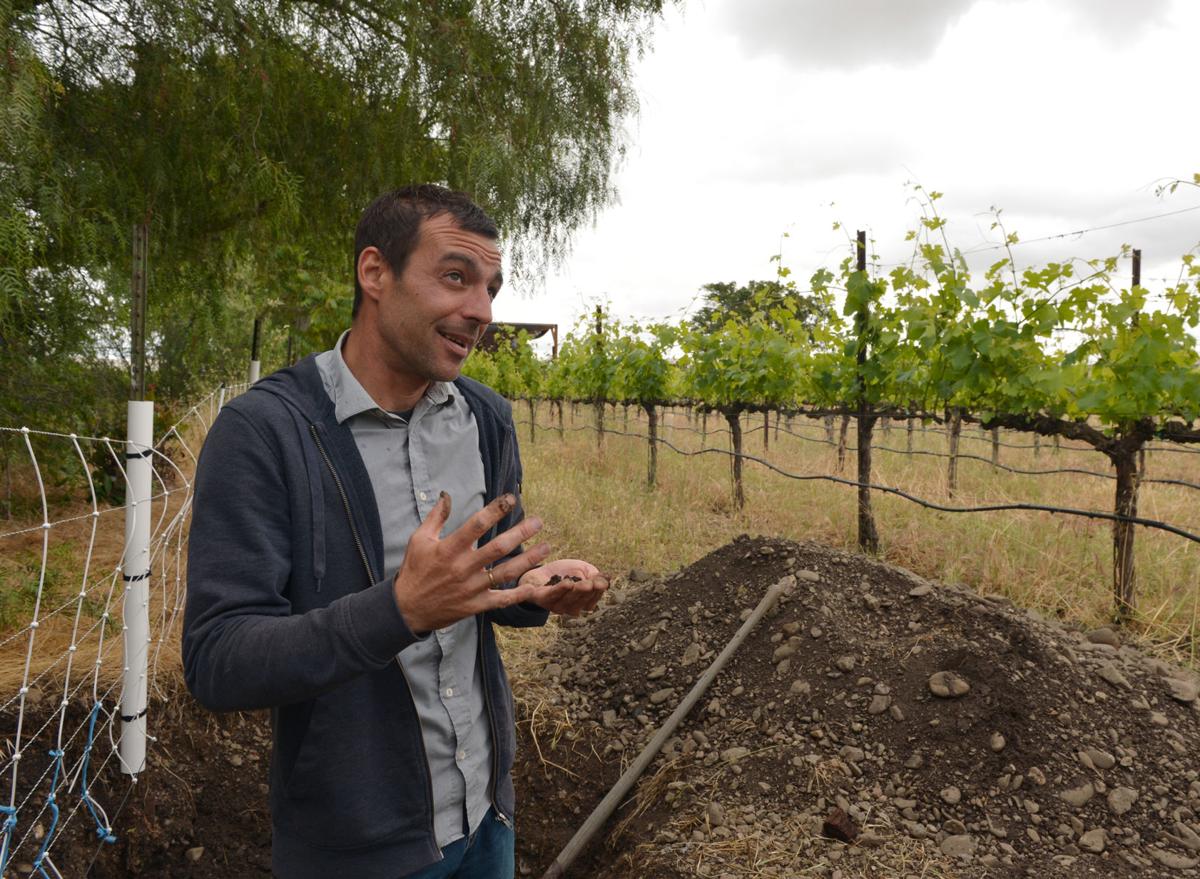 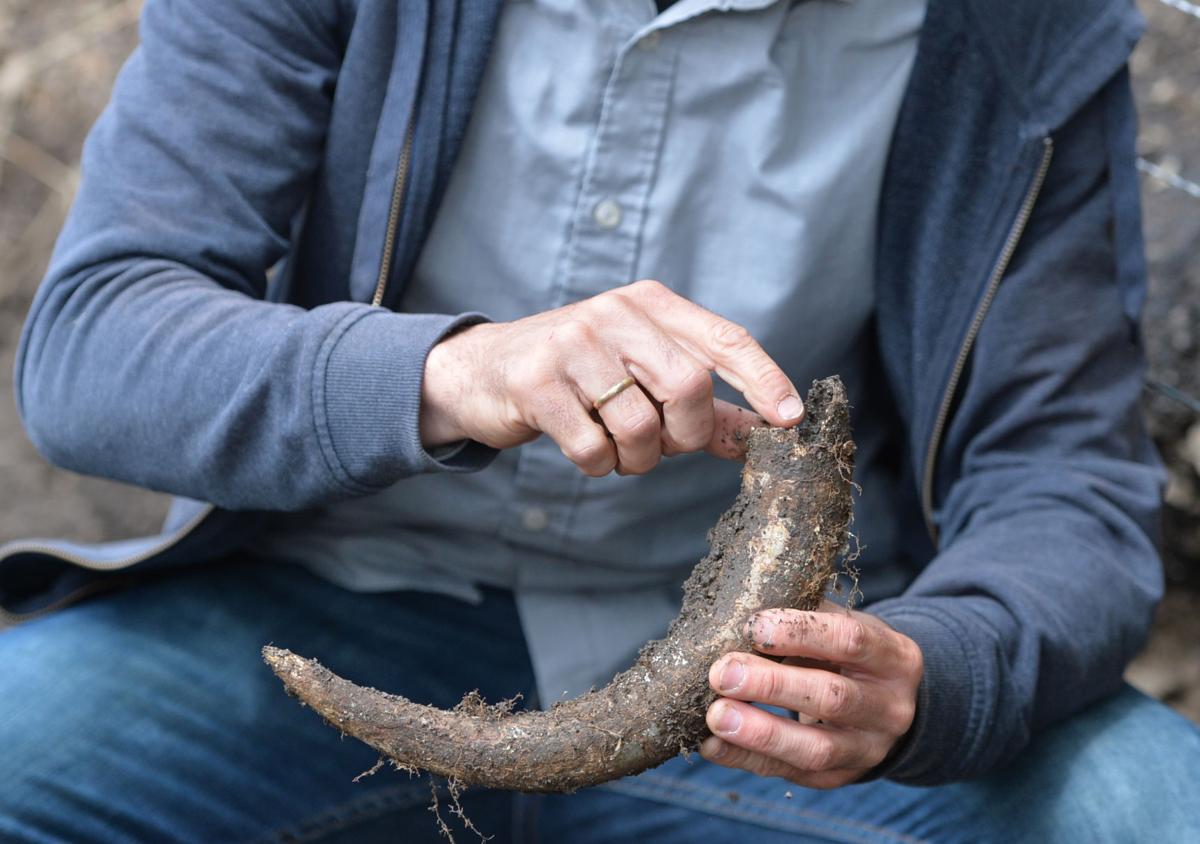 Suspend disbelief momentarily, and imagine you are part of something much larger and much more important than whatever you presently believe is your role in life. Perhaps you can set aside your smartphone or other informing device of choice, walk outside, take a deep breath and let the spirit of the earth become your muse for a moment. You are just another life form on this planet, and yet, you are the only one over which you have any control. What you do with your own life force makes an enormous difference, because the choices you make impact an entire ecosystem. Acting as an informed participant in the ecosystem represents the most important way we can all effect positive change in what seems like a hopeless situation.

Biodynamic viticulturist Tommy Vanhoutte likens the present state of the planet to a car in opposite lock, with no brakes careening towards disaster. “Look at the climate report that says we’ll lose 1 million species in 20 years at the rate we’re going,” he declares. “We desperately need to have some semblance of control.” He suggests embracing the principles of biodynamism in something most of us enjoy doing: gardening, for instance. Whether on a small scale of growing tomatoes and lettuce in a backyard container, or larger scale farming, like raising alfalfa hay or tending a vineyard, adhering to some basic agriculture precepts in harmony with planetary forces, can help us add our light to the sum of light.

Maybe the idea of stuffing a cowhorn with organic cow manure and burying it for six months seems insane. Yet it is also insane to believe in clean coal, or ignore the fact that any food, wine included, raised with the use of chemicals like glyphosate, is bound to be contaminated by the reside. The benefits of biodynamism are that it’s natural, has been in practice for decades, and has been shown to work measurable miracles on gardens and vineyard plots.

Says Dane Stark of Page Mill Winery, “I don’t profess to understand all of it, but if it helps, I’m all for it.” He relates that he was concerned that soils in vineyards he buys fruit from have zero microbial life in them. He knows, as he’s had them tested. Unlike the organic estate vineyard he has been farming for the last 14 years at Page Mill, these other vineyards, including Chandler, have been farmed conventionally, using weed killers, antifungals and pesticides.

“The soil beneath the vines at Chandler is completely devoid of life. You want 3% biomass as a base level,” says Stark. “Our estate vineyard shows 35% biomass, which is really great, and that’s just from doing organic.” He’s hopeful that biodynamics will help reverse the curse of lifeless soil by restoring its tilth, or health. Don’t even get him started on the chemical residue that shows up in wine from vineyards that are farmed conventionally.

Last fall, Vanhoutte reached out to an organic farm that raises cows in the central valley for some manure and horns, burying three of them at Page Mill Vineyard. “Dane was a really cool guy, and totally got what we are trying to do,” says Vanhoutte, who learned the basics of Biodynamism in his native France, where it is far more widely practiced.

Stark and Vanhoutte recently invited some TV journalists and news reporters to witness the unearthing of one of the cowhorns buried in the vineyard. Says Stark, “It turned out we dug it up too soon: on the journalists schedule, not the biodynamic calendar! When we dug up the other two a week later, the difference was unmistakable. When you see the texture of it, and the smell—it's like you're laying on a forest floor—it has a rich, gentle, aromatic, very pleasing smell. It's quite remarkable.”

Vanhoutte will eventually make two preparations from this material: #500, horn manure, and #501, horn silica. Prep #500, first made and used in 1924 by the father of biodynamic farming principles, Rudolph Steiner, is derived from cow manure buried inside a cow horn during the winter months. It enhances the life of the soil and the relationship between soil and plants. Horn silica, prep #501, purported to increase plant immunity, strengthens photosynthesis and enhances ripening. It is prepared from ground quartz crystals buried in a cow horn over the summer months. Up until now, Stark and Vanhoutte have been using purchased preps, available from several sources for those who don’t have the wherewithal or the inclination to make their own. But Vanhoutte plans to make his own preps now that they have plenty of material from the recently disinterred cow horns.

He explains that the preparations must be diatomized in a certain way. They are then applied according to the biodynamic calendar for maximum vigor and effectiveness. “It’s like homeopathic medicine, in a way,” says Vanhoutte. “The sprays benefit root growth and germination. They enhance the microbiological life in the soil. It is like a miracle, how it impacts soils, even those that are very dead and have lots of chemical residue.”

Stark is keen to increasingly apply biodynamic principles to his viticulture practices, not just at the Page Mill Estate vineyard, but also at Chandler Vineyard in Kalthoff Commons, which he used to split 50/50 with Mark Clarin of McGrail. Now, the vineyard the McGrails purchased from Dr. Aguirre on Tesla is coming online. It has plenty of Chardonnay, so Stark will be getting all of Chandler’s Chardonnay this year. He has major incentive to produce clean fruit, as this site is very mildew prone. “It is the first vineyard to get mildew,” Stark explains. “It looks right at Pigeon Pass. Last year was a disaster. We barely got two tons from the vineyard! We’re starting behind the eight-ball because mildew overwinters: it lives in the vine. But we are going organic with it full steam ahead. We are combatting mildew with a horsetail preparation.” He was planning to spray Chandler this week, now that the rain has stopped.

According to biodynamics, horsetail tea (#508), is said to help prevent fungal diseases, like mildew. Together, biodynamic spray and compost preparations bring plants into a dynamic relationship with soil, water, air and the greater influence of the cosmos, helping them develop in a healthy and balanced way. By giving plants access to the full spectrum of nutrients they need—and none that are harmful and unnatural—plants exhibit more resilience to pests, diseases, and extreme climate conditions.

Reversing the curse of conventional farming is not easy, as vines become dependent on the inputs, and so do the weed communities that manage to thrive despite fungicides. Explains Vanhoutte, “It’s like people who get addicted to something, antibiotics, for example. As the body develops resistance, you need more and more to have the same effect. With biodynamics, it’s about balance, and eliminating the need for drastic measures.”

As for Chandler Vineyard, Vanhoutte says, “In March, we started to reactivate the soil. We’re rethinking weed control, using silica sprays and plant-based sprays for mildew. The vineyard has had no success using chemical sprays against mildew. It’s time to try something different.”

The Livermore School of Dance Presented "World of Imagination"